PENANG, MALAYSIA – Back for its 10th edition this weekend, the annual George Town Festival returns with a promise to deliver an  entirely new way of experiencing arts to everyone. This year, the Festival embodies the idea of making arts accessible to all, regardless of age or background, with a range of programmes that take place all around the historic city. From traditional auditoriums to halls, shophouse walls, historic buildings, cafes and kopitiams (traditional coffee shops), art of all genres will be showcased from 13th to 28th July, with something for everyone. 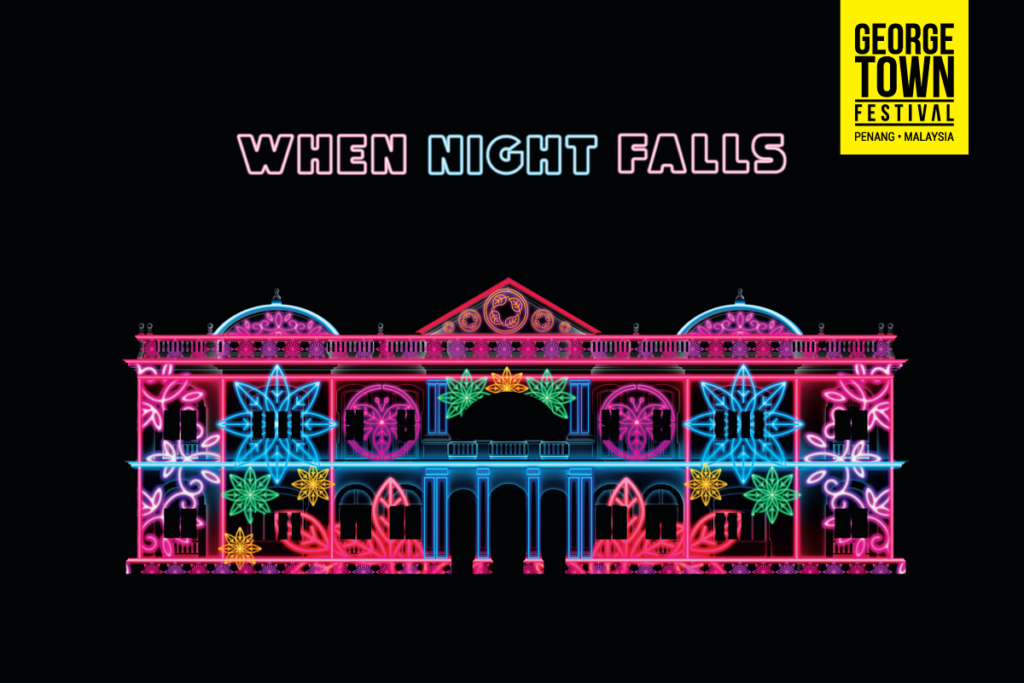 The Festival begins When Night Falls, a two-day event bringing together an eclectic array of illuminated artworks from across the globe. Areas around the waterfront Esplanade, right in the heart of George Town, will be transformed into a glowing playground with an array of light. Watch as the area transforms into a glowing playground with the help of projection mapping and other light installations, while the festival kicks off with plenty of other activities over the weekend to get everyone into the festive mood.

Be sure to catch France’s Compagnie des Quidams as they trot into the streets with FierS à Cheval. Previously shown at the Singapore Night Festival, visitors will get to witness a ringmaster put to motion a herd of luminous horses. Joining in the celebration will be Moz Drums from France, as they  deliver high-energy choreography and magical display of lights designed to the thunderous rhythms of the drums in The Lighted Drummers. Come mingle with the performers and ballerinas on stilts in Le Ballerine & Night Colors, brought to you by Teatro Pavana from The Netherlands, while Malaysia’s very own FILAMEN projection mapping community group sets the Town Hall of Penang alight with the creative use of video mapping to create three-dimensional art. 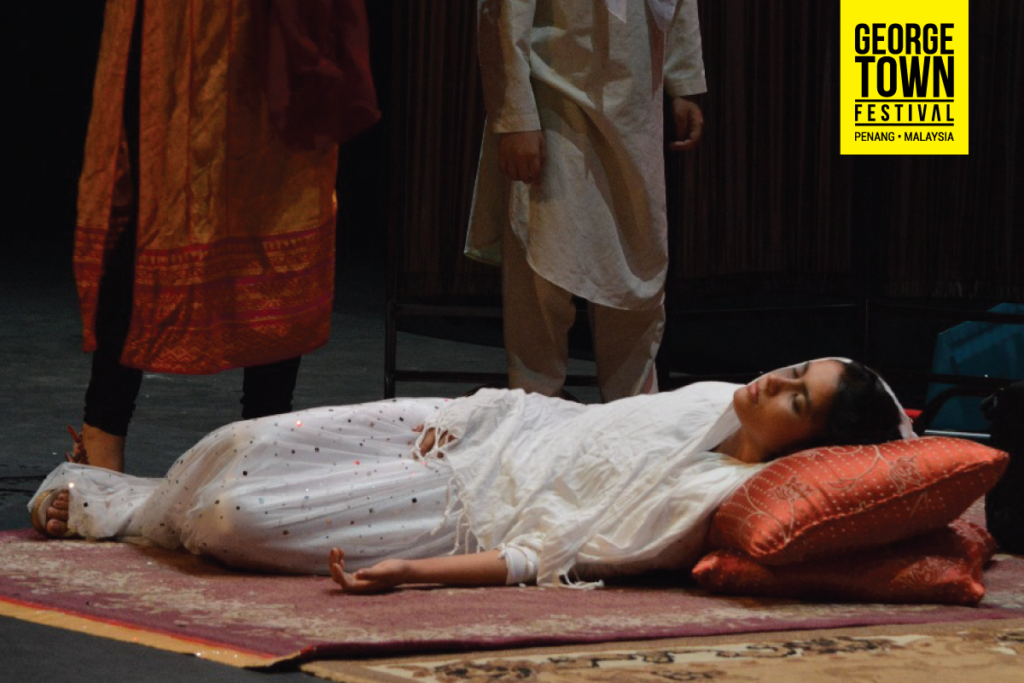 Over opening weekend, we’ll also be catching Screaming in Silence by Parastoo Theatre Team, a group of Afghan refugees who are based in Malaysia. A form of Theatre of the Oppressed, Screaming in Silence aims to raise awareness about child marriage in Afghanistan, as the play portrays the life of a young girl forced into marriage with a much older man by her father and the community. 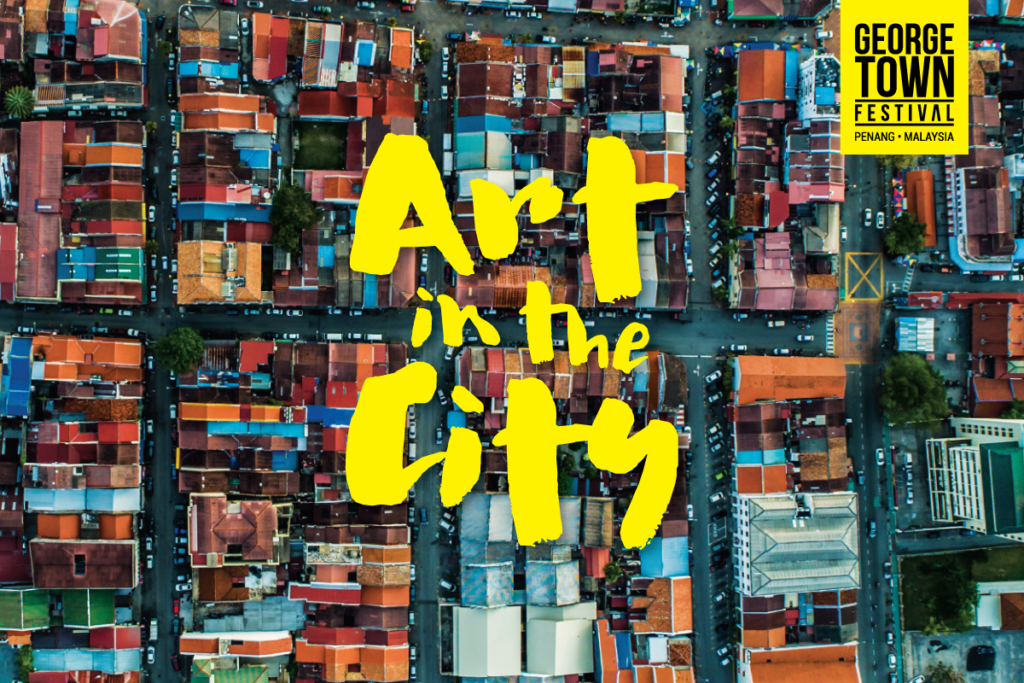 Over the second weekend, George Town will highlight Art in the City, as visitors shuttle through George Town to explore the international group of artists gathered here to activate the space and bring art to some of the most intriguing venues in the city all at once. Think ‘art everywhere’, as George Town’s historic clan houses, shophouses, back alleys, and five-foot ways will be buzzing with a multitude of artistic activities covering music to child-friendly entertainment, and from dance to theatre across intriguing venues, happening all at once in the city.

Programmes include a concert in a garden with Garden Gig, to an interactive comedy show by a clown in Tiny Tours, puppets hailing from Penang, Kuala Lumpur and Indonesia in Puppet Stage, multicultural performances including a rare Mak Yong showcase in Malaysia Inside Out, contemporary dance in a shophouse with Dance @ 74 and more. Each of these performances will be conveniently located within the George Town World Heritage Site, running simultaneously yet within a reasonable distance from each other, allowing audiences to experience multiple performances in a single day with just a hop and a skip to each one. 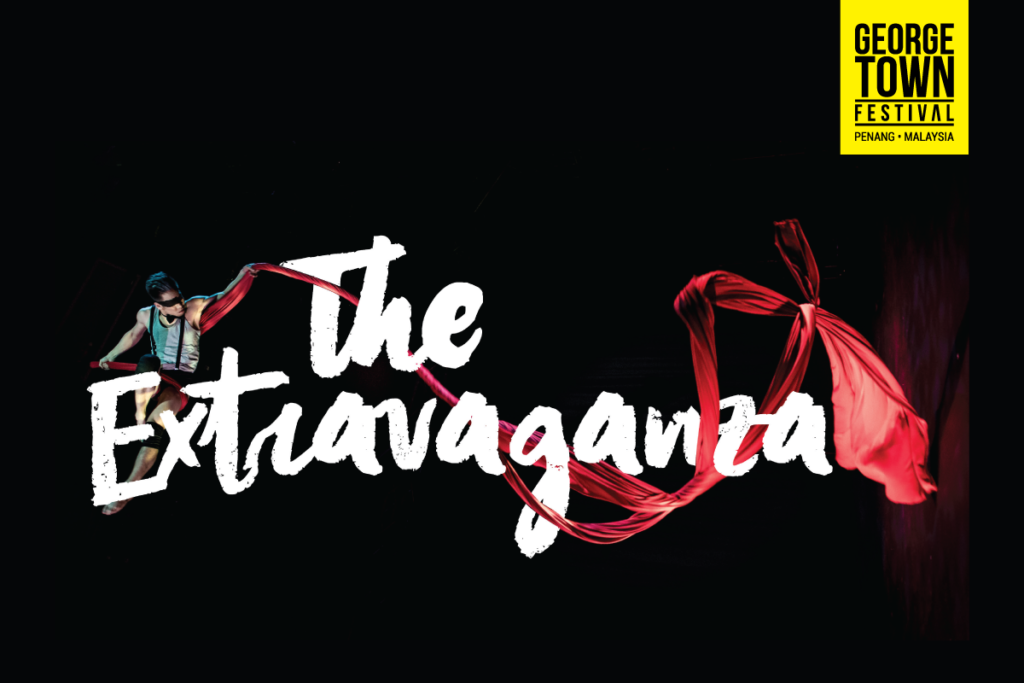 George Town Festival 2019 will culminate in a grand finale with The Extravaganza, where all the performing artists gather for an enormous art bash and celebration. This free-to-attend street event will feature a diverse selection of performing and installation arts, inviting visitors to experience arts in a new way.

Visitors can look forward to programmes such as runway presentation REBORN to BIRD, a dance performance created in collaboration between Finland and Thailand. Also being highlighted is local choreographer and dance Aida Redza, while aerial silk and rope artists will also be hitting the stage. Other acts joining in the grand finale include Indian dancers from Angika Fine Arts and acrobats performing gymnastic feats from Incredible Mallakhamb. 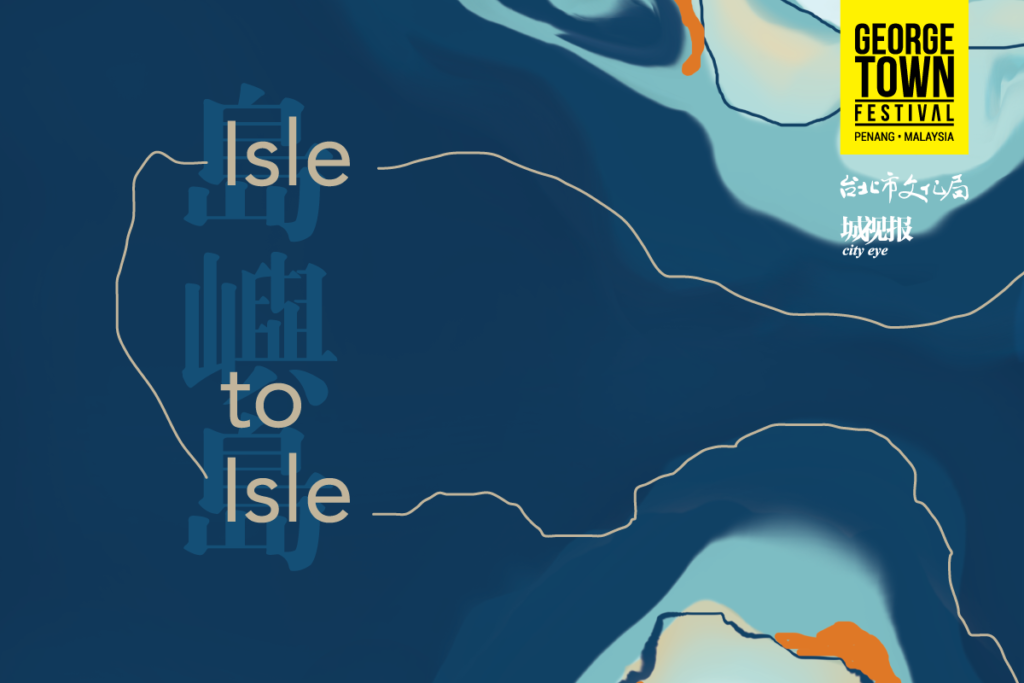 In addition plenty of other programmes will be happening over the weekdays as well; this year, George Town’s Isle to Isle Penang-Taiwan programme will return with more activities from 18th to 21st July, including a screening of Father, a documentary detailing the life of master puppeteer Chen Hsi-huang; a traditional puppet show infused with modern elements presented by Taipei Puppet Theater; a creative market hosting 14 indigenous labels from Taiwan; and a design forum congregating 6 of Taiwan’s top designers and curators. 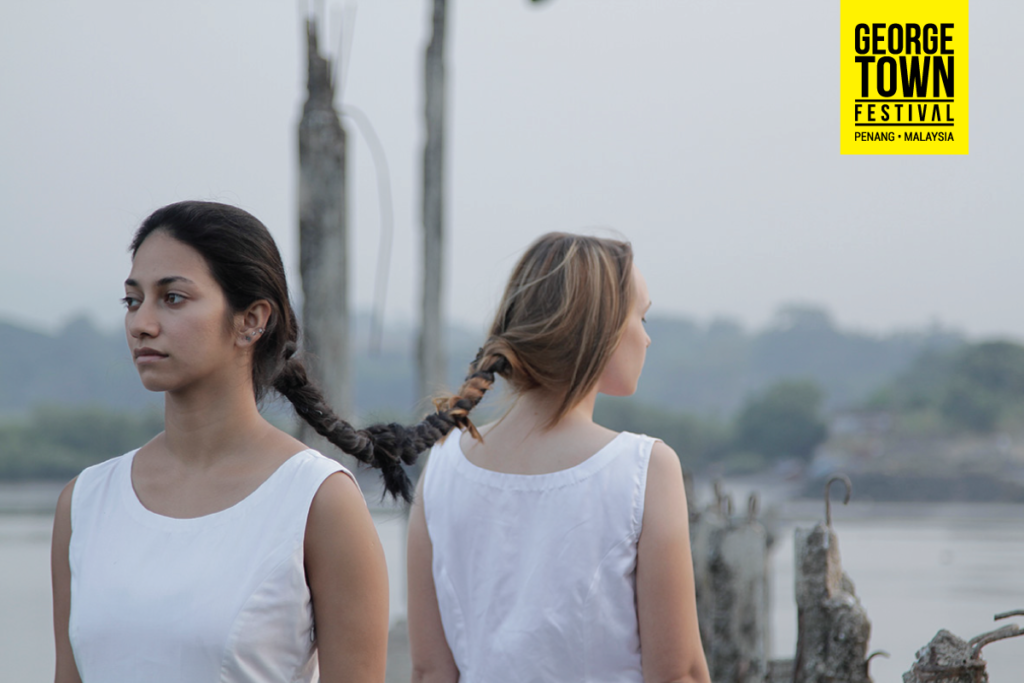 Over at Hin Bus Depot, catch some short films at The Unsettled Dust, gathering a diverse selection of works curated by Jaxton Su and Nien-Ting Chen that narrate first-person accounts of different personal, regional and cultural phenomena occurring within Asian life. 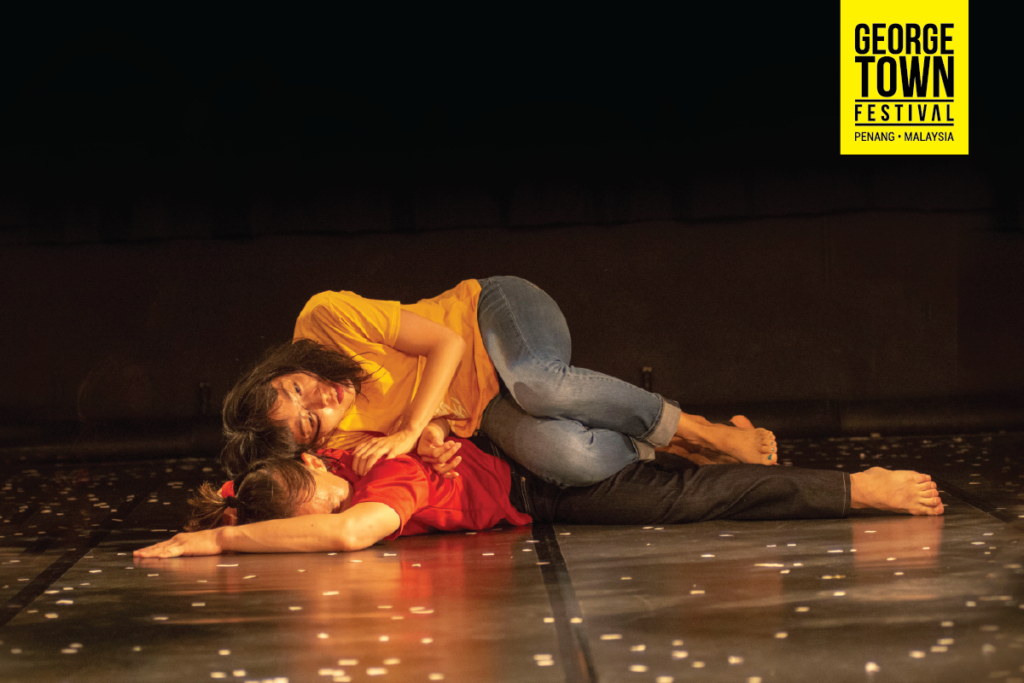 On 16th and 17th July, physical theatre performance The Strangers sees 4 performers from 4 different Asian countries collaborate with South American Leandro Kees, coming together in spite of their differences as it attempts to look at the human condition behind superficial differences. Stories about identity, about belonging to a certain group, about trust and alienation, build this non-verbal, poetical play, as it expresses emotions, convictions and beliefs through the body and encourage all to search for the missing link connecting all of us as human beings. 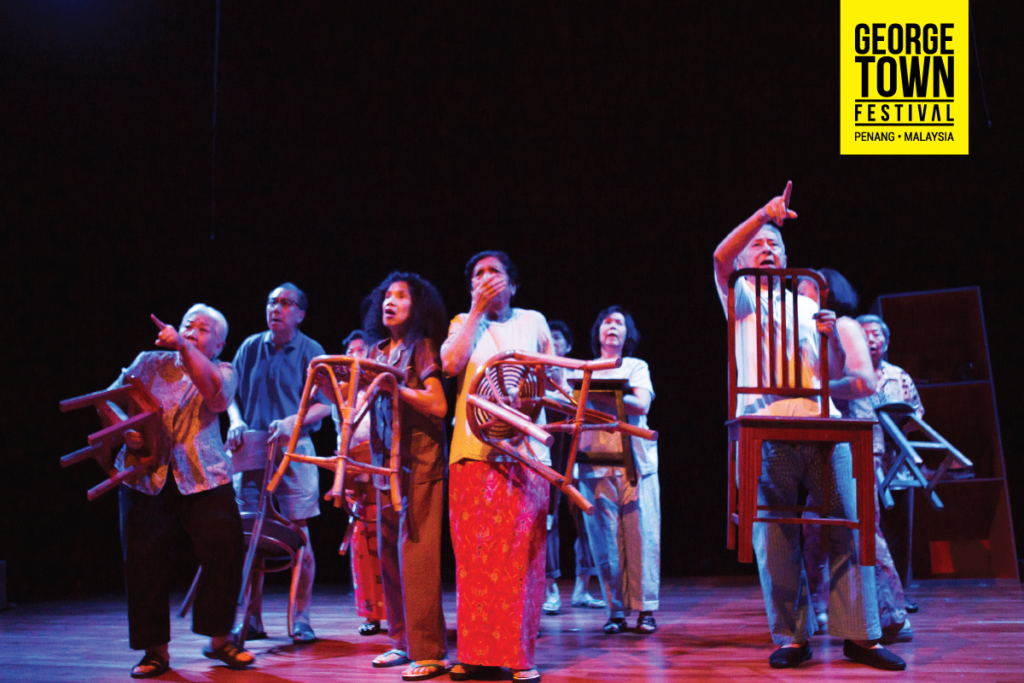 Multilingual performance Kampong Chempedak features Singapore’s The Glowers Drama Group, with senior citizens aged between 67 and 73 years old reliving their memories of former kampong (village) days through Cantonese, Teochew, Hokkien, Khek, Mandarin and English. Set in the late ‘60s, the titular Kampong Chempedak recalls the growing quietude of a kampong whose families slowly move away with the rise of new housing estates. 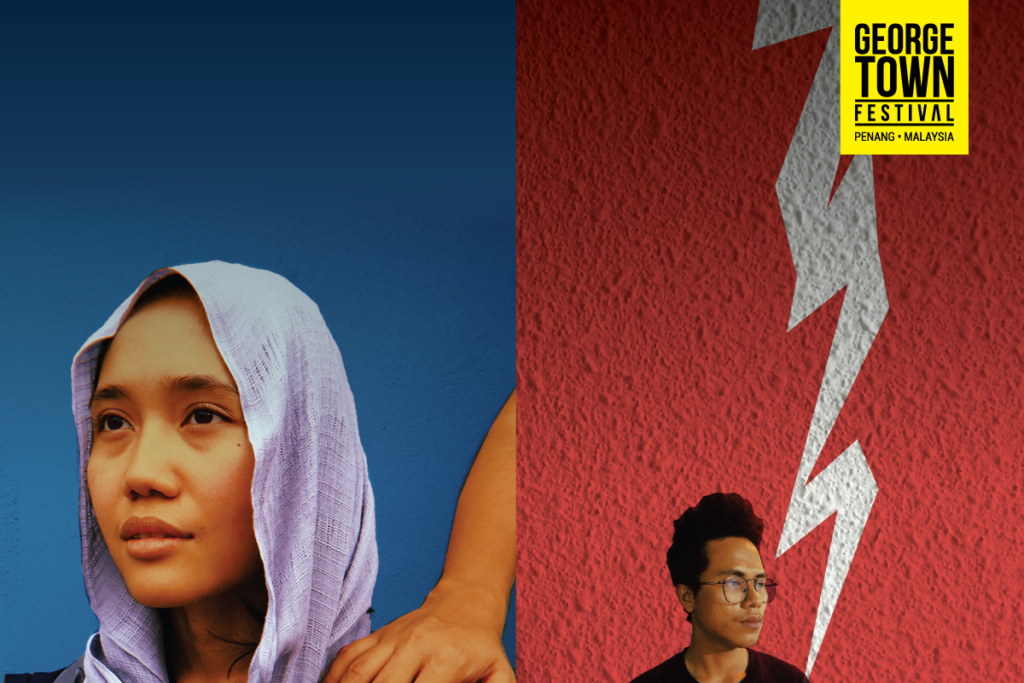 Ridhwan Saidi has impressed us when we watched his work in both Kuala Lumpur and Singapore, and for George Town Festival 2019, he’s bringing back Teater Normcore, in a double bill of works that features Matinya Seorang Birokrat (Death of a Bureaucrat) and Retak Menanti Belah (Cracking, Splitting), the latter of which is a brand new play where two sides of a wall converse with each other. 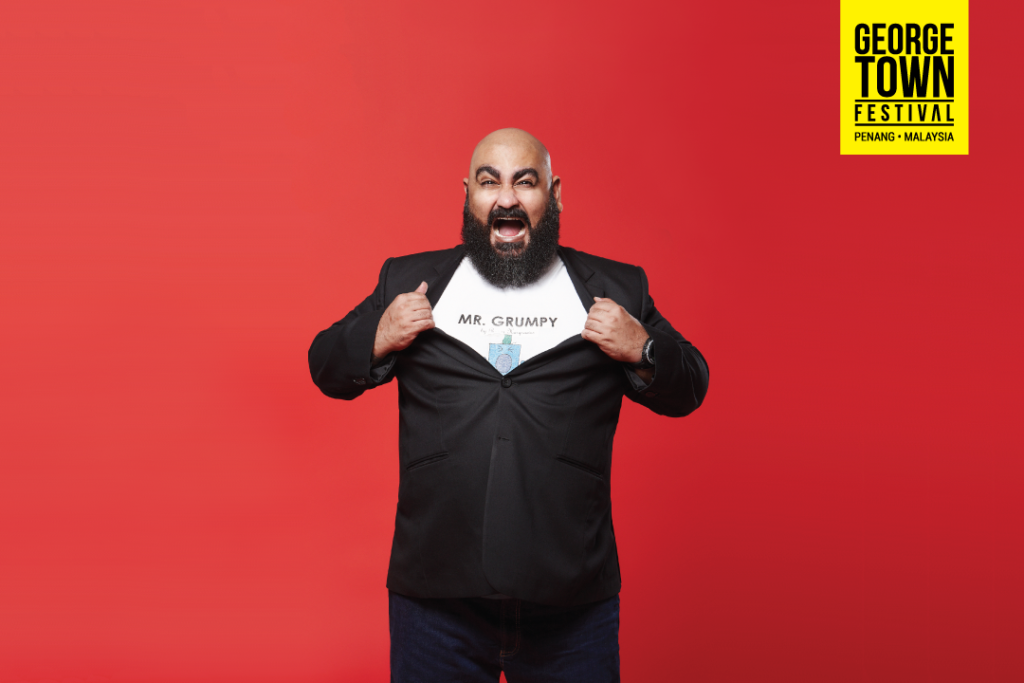 Comedy certainly isn’t left out of the mix as well, as Malaysia’s grumpiest stand-up comedian, Kavin Jay, brings friends Brian Tan, Mike Saddi, Nuha and Jhonney Athie along to rant about all that’s wrong with the world, to hilarious effect with his politically incorrect sense of humour. 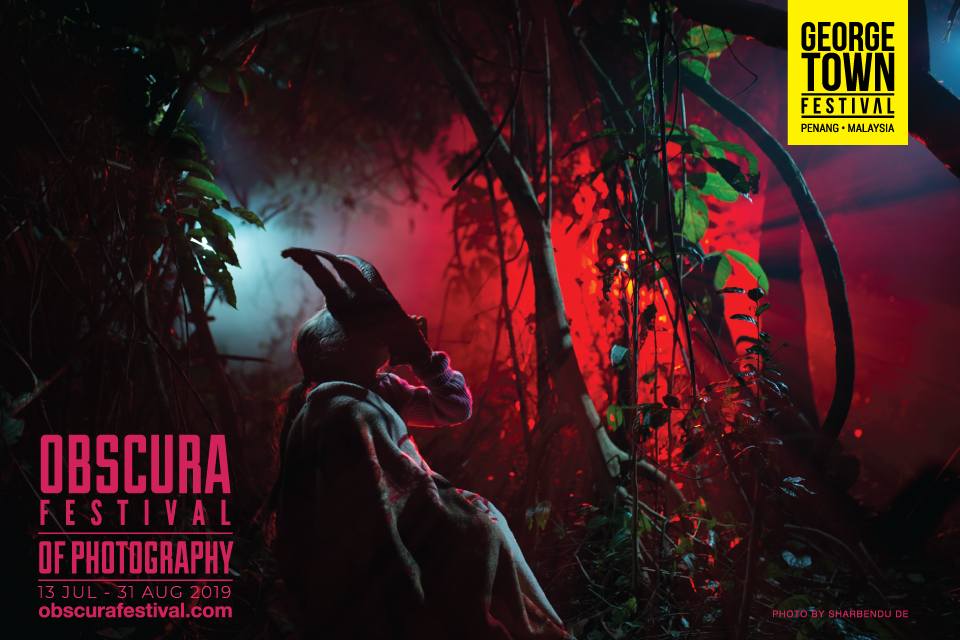 For those looking to discover the beauty of photography, check out the OBSCURA Festival of Photography, back for the seventh year and now considered one of the most prominent photography festivals in the Asia Pacific region. This year, the festival revolves around the idea of subcultures, as it invites discussion around what shapes our realities, with some of the world’s most amazing photographers. 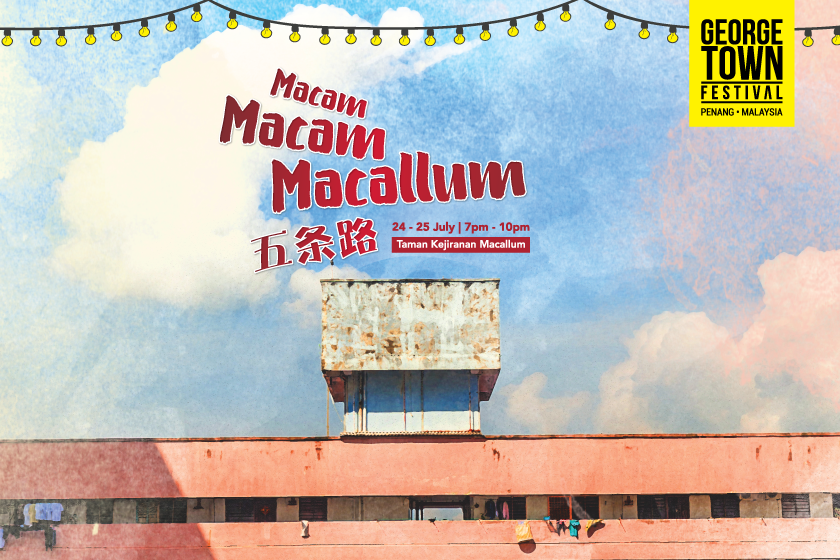 Meanwhile, on 24th and 25th July, get ready for a series of performances under the Macam Macam Macallum banner, where guests can enjoy everything from Yudi Yap’s captivating showcase of Chinese oldies, to Taiwan’s Sun Son Theatre as they present Off the Chores, combining live music and physical movements to present housewives’ daily routines, set to provoke laughter and tears.

With the multitude of programmes over all three weekends of the festival, the Penang capital is set to once again be awash in the arts with the return of the annual George Town Festival. Bigger and better than ever, make a date to visit Penang this month, and come together to celebrate the transformational nature of local, regional and international arts and culture in all their forms.