LONDON – In her first play presented in London since the award-winning Photograph 51 in 2015, Anna Ziegler’s Actually shows at Trafalgar Studios, as presented by Announcement Productions. Directed by Oscar Toeman, the play is a timely one that zooms in on ideas of truth and consent, as we follow university students Amber (Yasmin Paige) and Tom (Simon Manyonda) as they attempt to figure out what happened after one night together.

Over the course of Actually, audiences are seamlessly shuttled between two moments in time – the present day, where Tom and Amber are debating the truth of the matter, and a flashback to the fateful night itself, as we watch the events play out before us. We begin at the party, the air filled with club tunes where Tom and Amber meet each other there, and kissing. 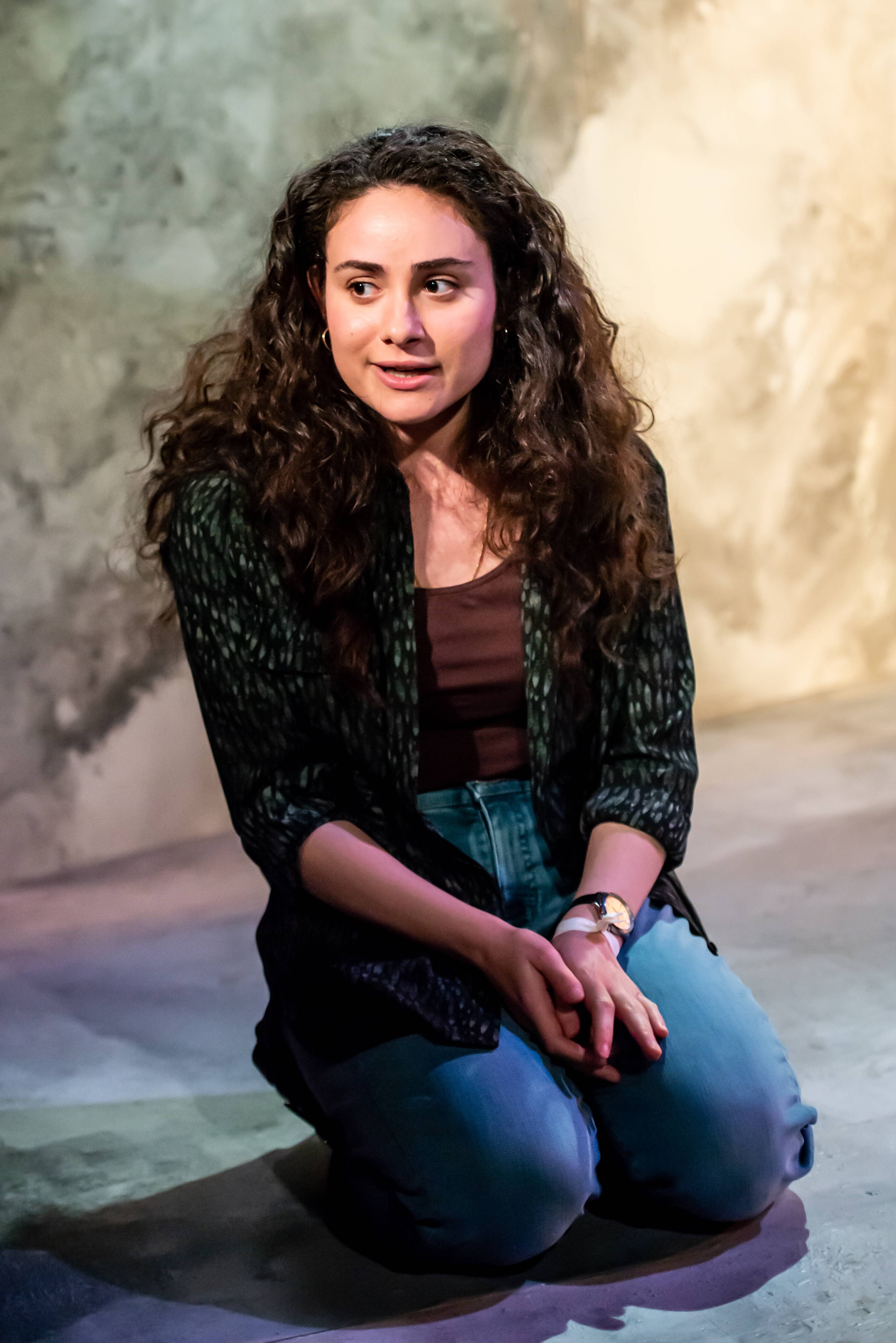 Even beyond sexual consent, Actually deals with issues of casual racism and misplaced assumptions, for example, Amber jokes that Tom got into Princeton on account of his race and affirmative action, as opposed to his own hard work. When asked about how she got in, she nonchalantly answers that she simply joined the squash team for extra points, perhaps an indicator of her white privilege. Some people really do get it easy, while Tom, a music major, had to train his way to get into his teacher Ms Mackey’s good books with his mastery over Bartok, infamous for fast-paced music requiring dextrous fingers. It’s evident both are a little nervous, a little attracted, and want to impress each other just a little with their attitude and skill. 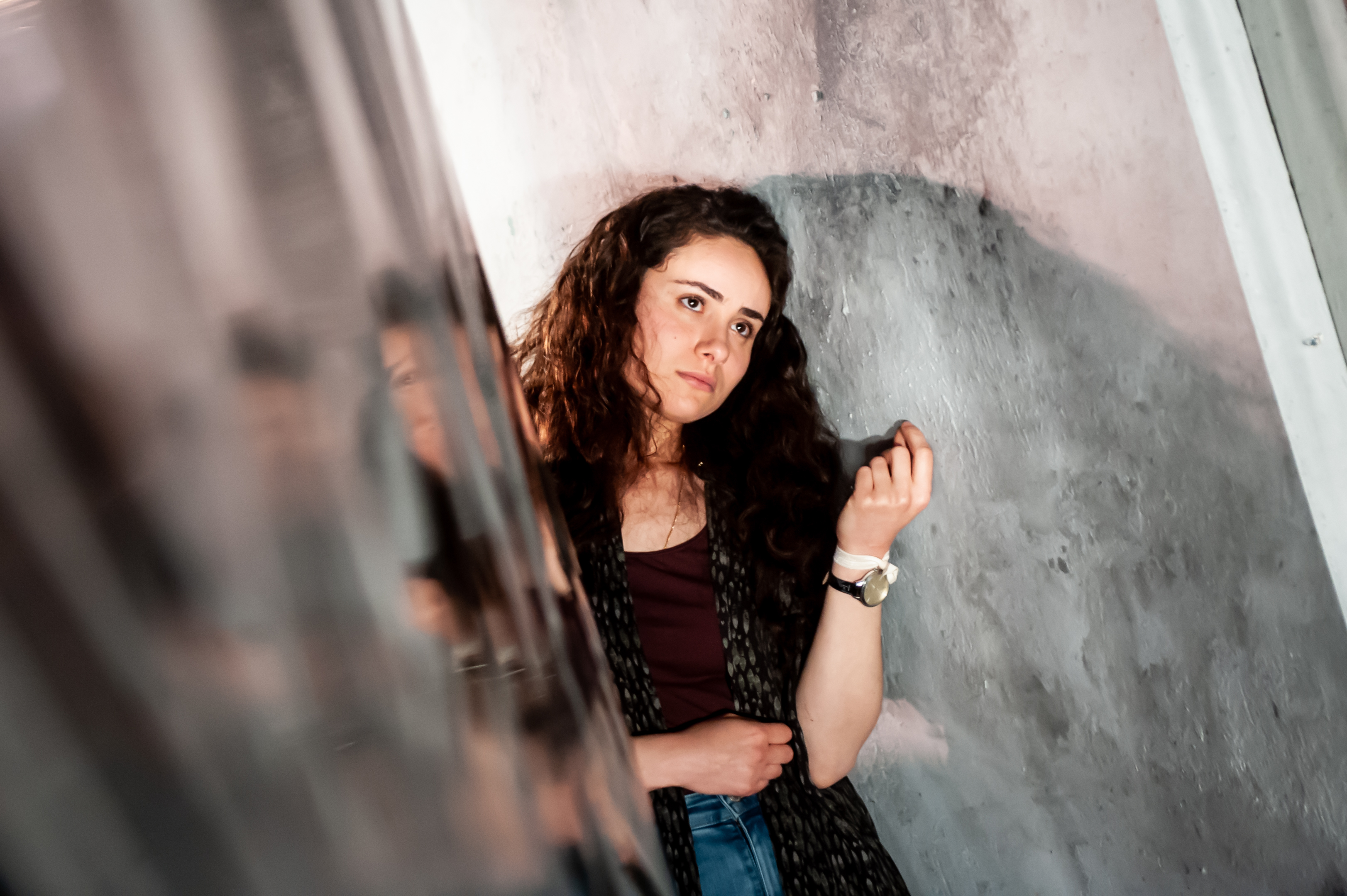 But that atmosphere of electric attraction is quickly dissipated as we move to the trial scene, and Tom gives an account of flatmate Sunil. Bonding over Mozart’s Piano Concerto No.9, they quickly become best of friends. In Tom’s loneliest moments, Sunil even leans over to kiss Tom, who quickly shrugs it off as playing, rather than an issue of consent as a ‘boys will be boys’ situation. But Tom and Amber, a boy-girl situation, well, that’s a completely different kettle of fish. 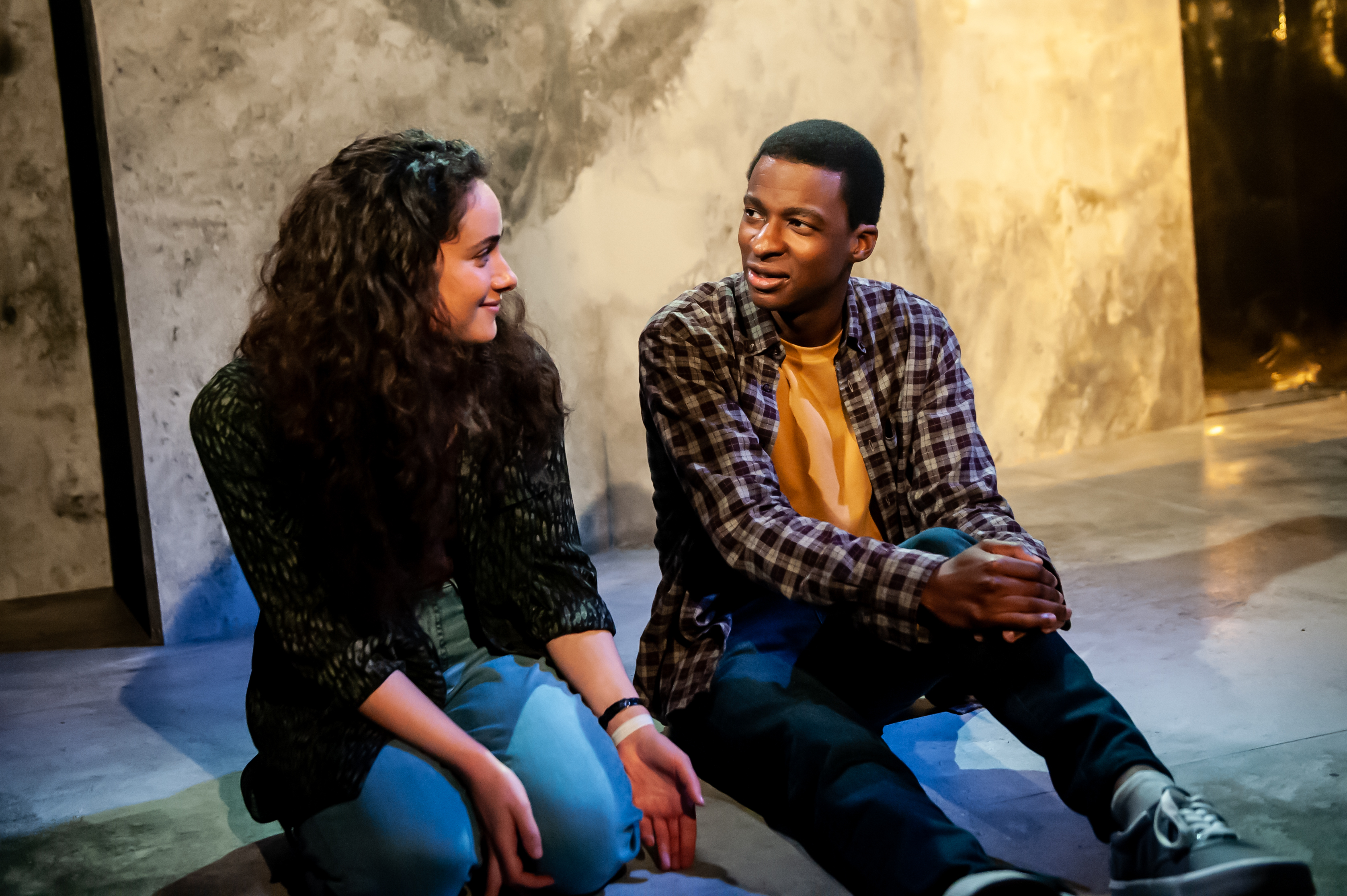 We flash back even further to when Tom and Amber first meet each other after a psychology class, and he asks her out. The romance and onstage chemistry here is strong, as Tom goes above and beyond to take her out on a date, paying for gourmet ice-cream even when he would never usually do so. 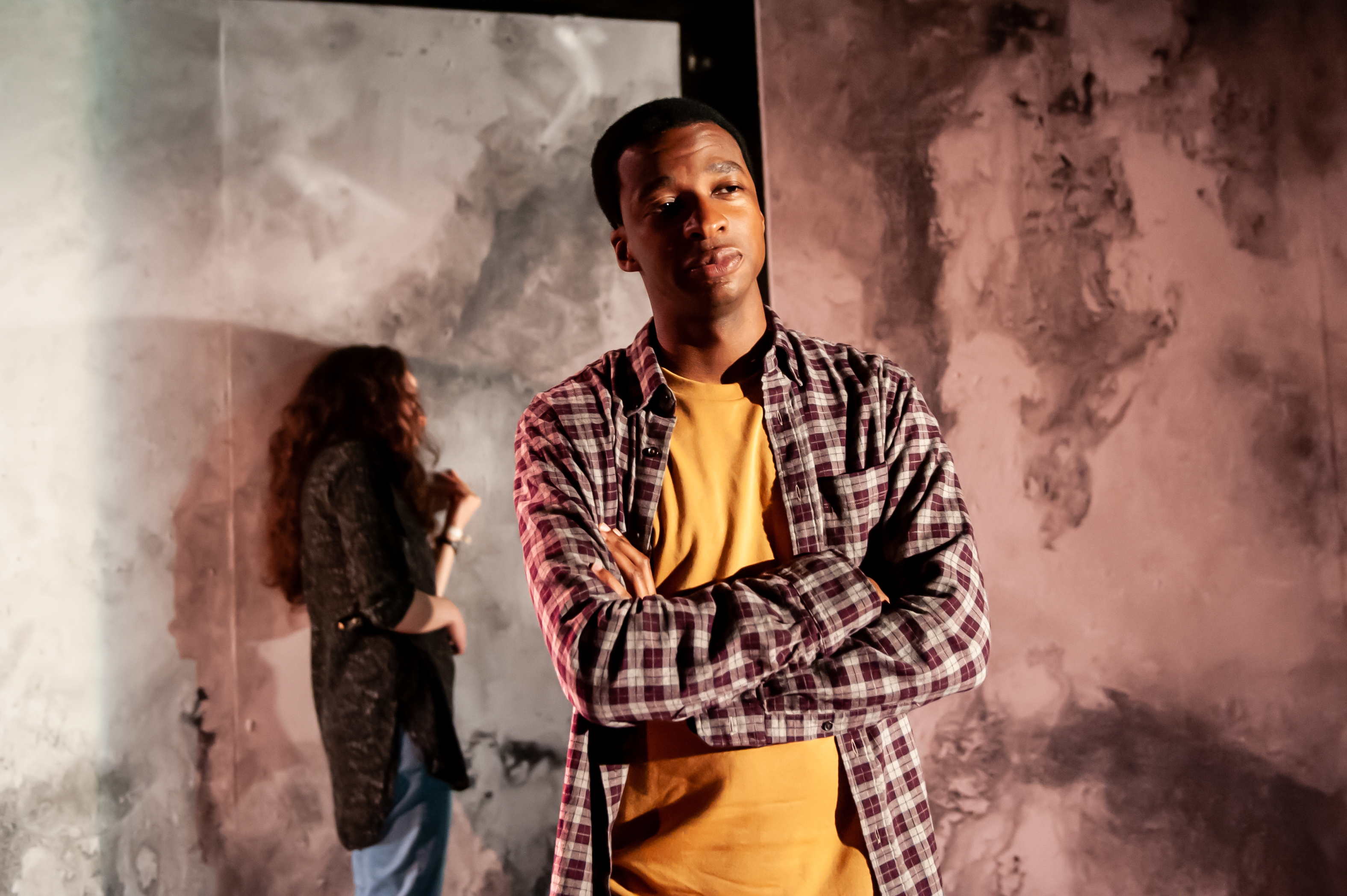 Fast forward to the night of the party, and we see Tom and Sunil pre-drinking in their flat, with Jaegermeister and an assortment of other drinks. Tom receives an unexpected text from his mother, informing him that she’s contracted cancer, and everything goes downhill from there. His mood ruined, he drinks more, and Sunil ends up taking advantage of the situation and Tom’s broken state. 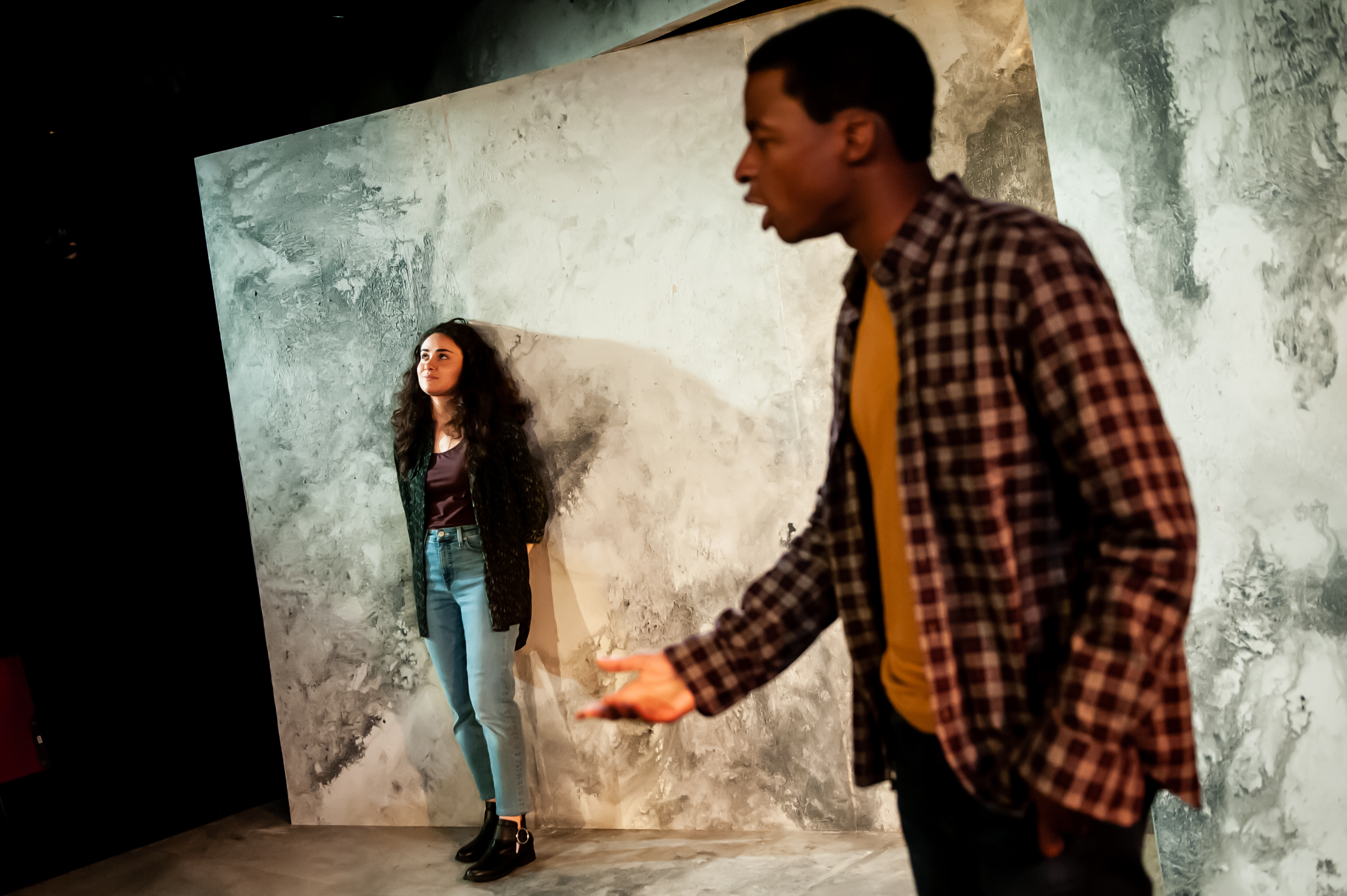 Angered, Tom retaliates and loses his best friend as a result, before heading for the party alone. On the other hand, as Amber contemplates going for the party, her best friend Heather tells her things that only make her uncomfortable and afraid of going. Still, they leave for the party, and in their respective burdened states of mind, each of them finds an immediate spark and connection when they see each other. When the party offers no solace, they choose to leave together. 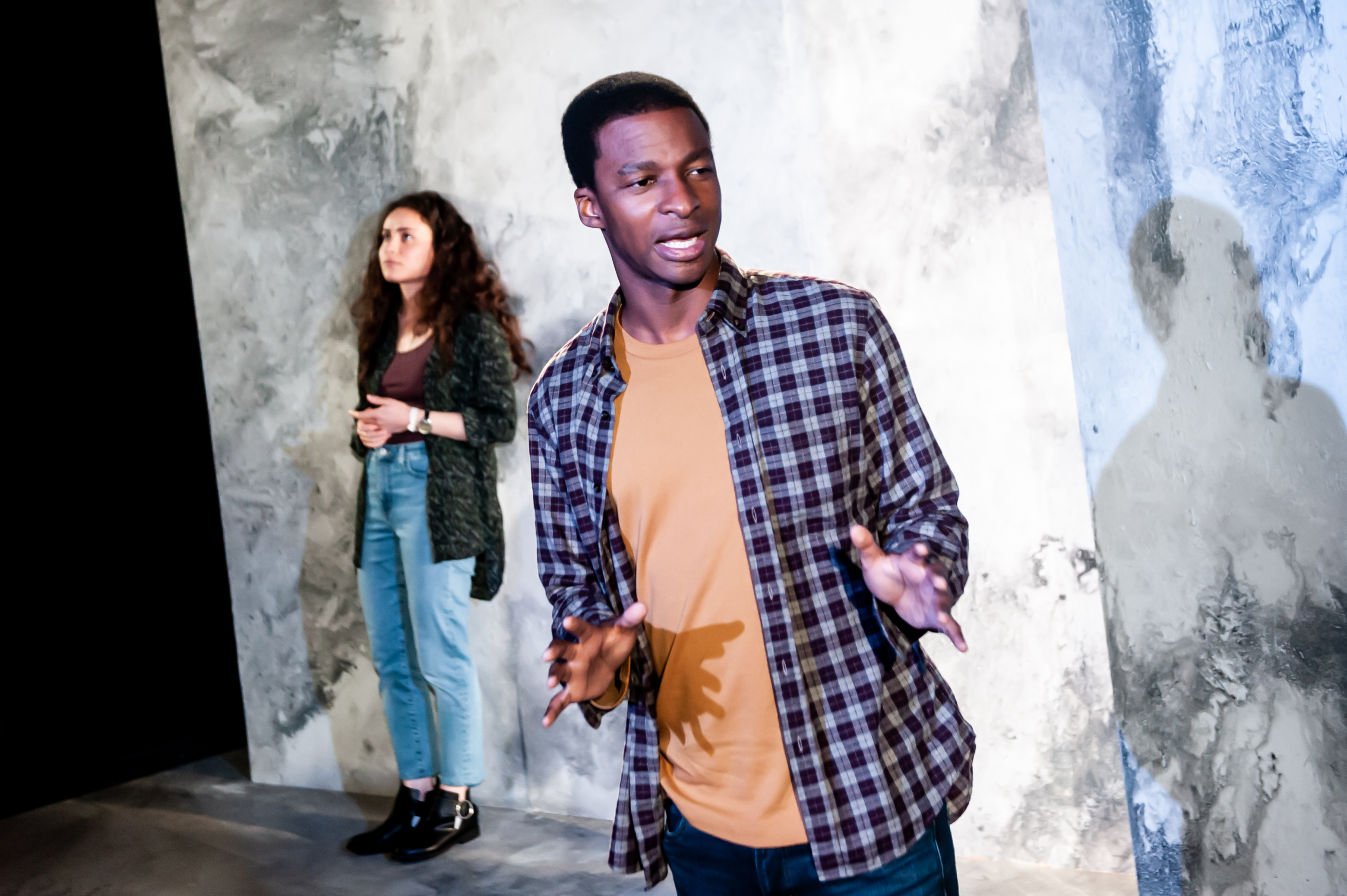 Returning to the trial, Amber gives her statement, admitting that while Tom is a good kisser, she never said stop or not to stop, leaving her consent ambiguous at best. Amber is not angry, but confused, with the morning after the incident a complete blur to her. She chooses to make the claim that he rapes her, and Tom responds with his side of the story, revealing that he never intended to take advantage of her, and if anything, was interested in taking things further after that night. 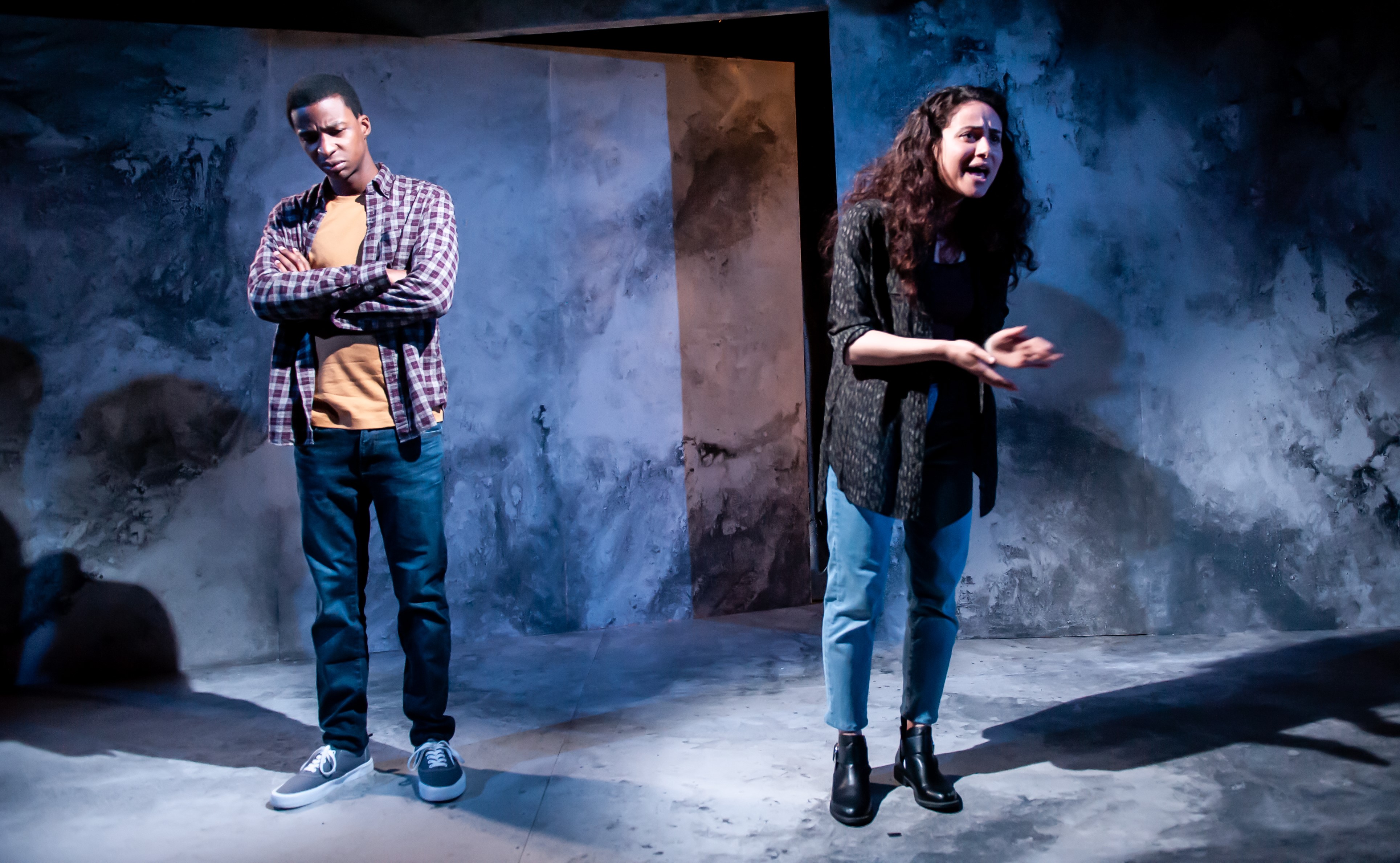 While it seems the case boils down to one of ‘he said she said’, one new element changes the balance of everything, with a conflicting statement from Sunil. Watching them in the night, he sees that Amber got up in the midway to leave before Tom forcibly drags her back to bed. Tom reacts and exclaims that this is a lie, and replies with the statement that ‘there are simply things the body knows, and knows when someone wants it.’ 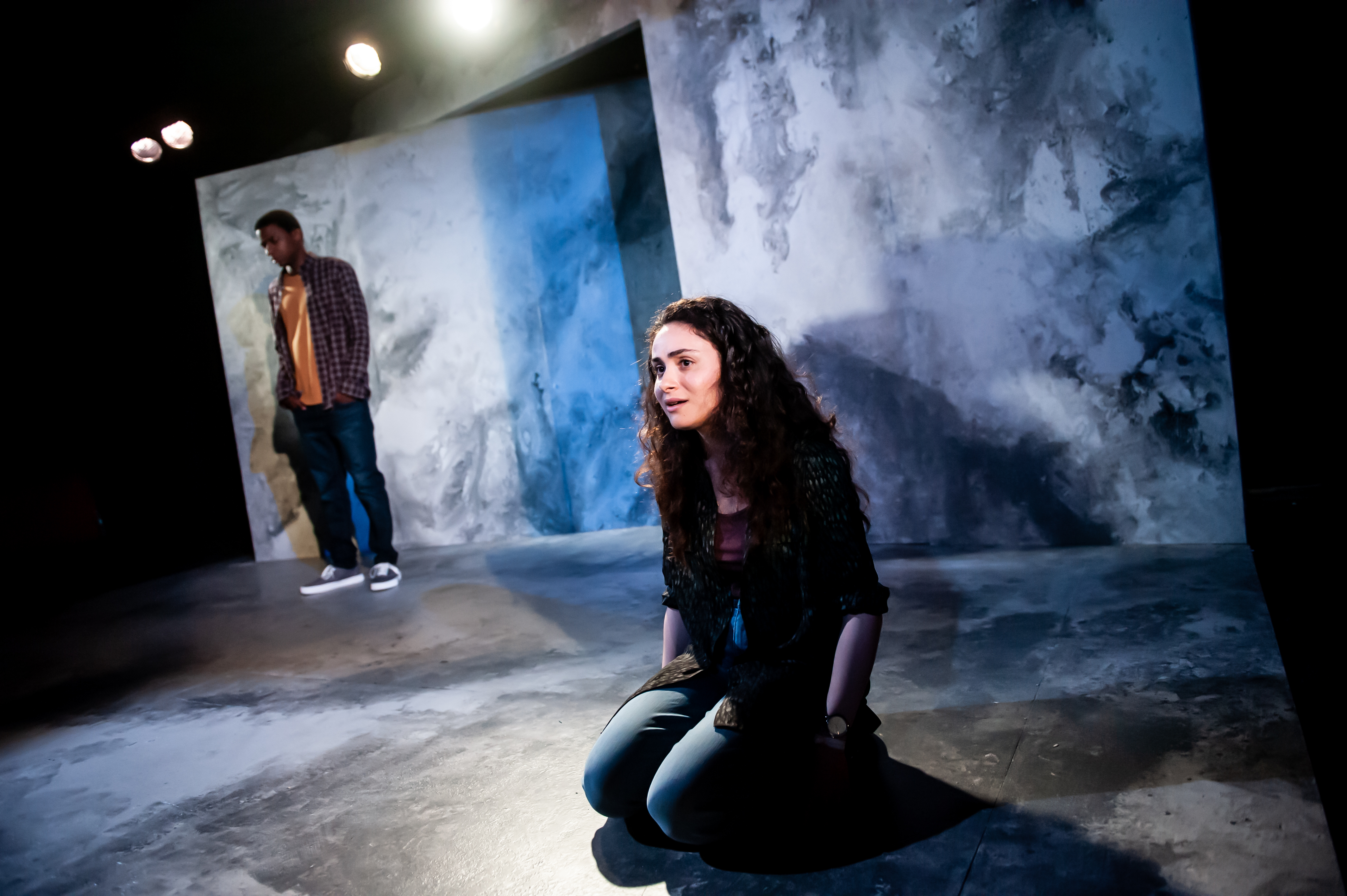 Both Paige and Manyonda have done well as performers, flowing seamlessly back and forth between the two timeframes and occupying their characters completely. Both actors have strong enunciation and always make it clear which character they’re playing and what each character is trying to say. Being onstage for 90 minutes is no mean feat, and with good emotion and steady eye contact with each other and often engaging the audience with their performance, there is a connection to both of them, making it hard to decide whose story to believe even after both have said their pieces. In such cases, the actual truth is left entirely to the audience to decide, depending on our own preconceived notions and perspectives. 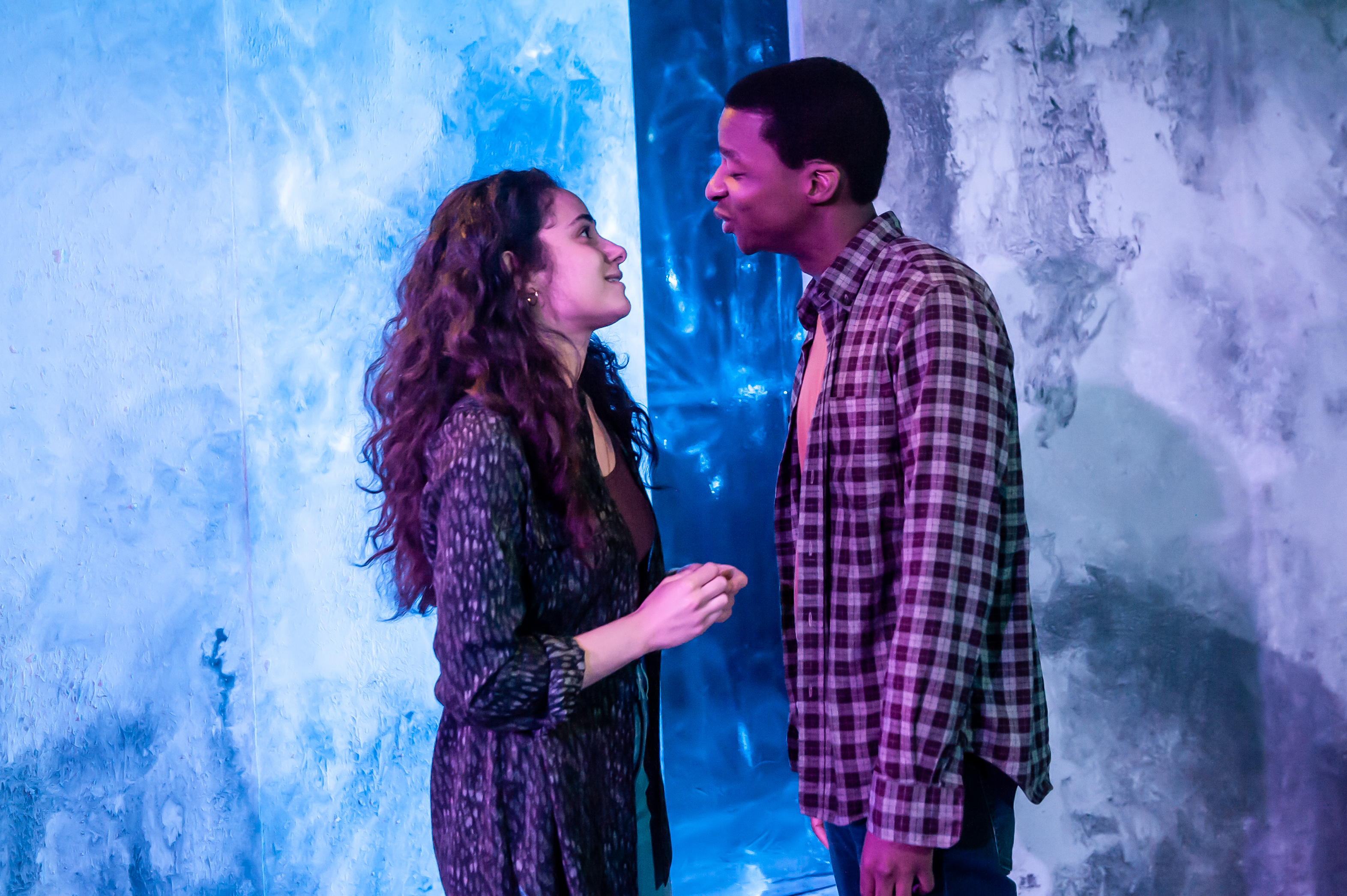 With Actually, truth, lies and deceit come together in a chaotic, traumatic mass of anger. One is left wondering what ‘actually’ happens, as we imagine a perfectly balanced scale of right and wrong so delicate, the weight of a single feather could upset it. That ‘feather’ might then take the form of a single thought or decision that upsets the balance, no matter how inconsequential we think it may be. Ultimately, it’s conversation that’s the key to bringing out the truth, and Actually, if anything, certainly provokes that.