Kate Grenville’s novel gets the stage treatment in this tragedy of colonisation.

LONDON – Across Britain’s long and illustrious history, one particular period that sticks out like a sore thumb is when it spent years and resources capturing various colonies and ousting or ruling over the indigenous people of those lands. While colonialism itself has been relegated to a thing of the past, it’s impossible not to feel its effects even today, as descendants and landscapes are still shaped by Caucasian actions from before, particularly in countries such as Australia. 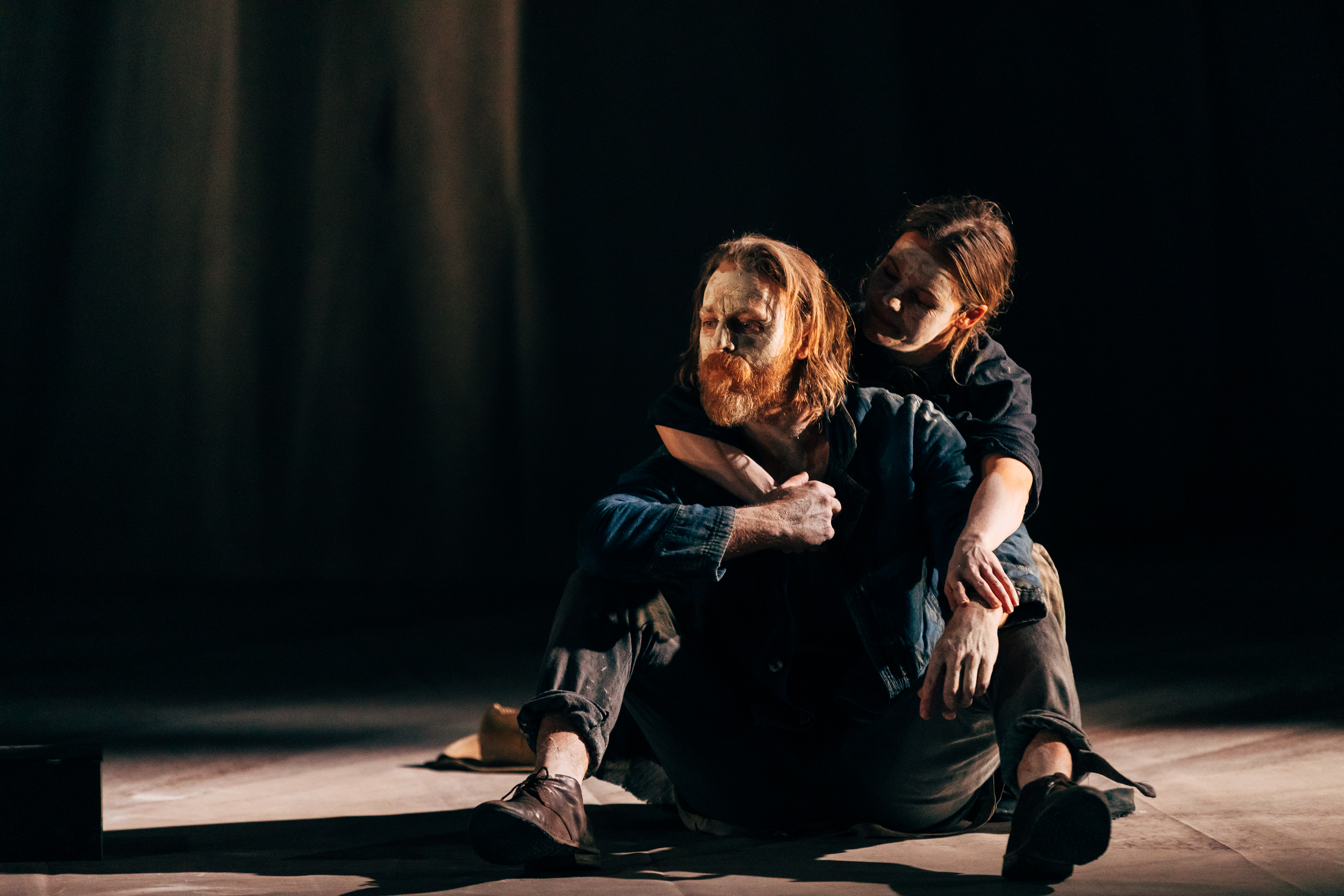 The stain and tragedy of colonisation is precisely what the Sydney Theatre Company’s stage adaptation of Kate Grenville’s 2005 novel of the same name attempts to do. Directed by Neil Armfield and written by Andrew Bovell, The Secret River follows convict William Thornhill (Nathaniel Dean) and his family as they’re sent to New South Wales as punishment. But upon receiving a pardon, he chooses not to return home (much to his wife’s chagrin) and instead, plants a crop and lays claim to the soil on the banks of the Hawkesbury River. But it’s not long before he discovers the Aboriginal Dharug people who’ve called the river their home for far longer, and so ensues a territorial dispute as the Thornhills and Dharug navigate their odd relationship and shared space. 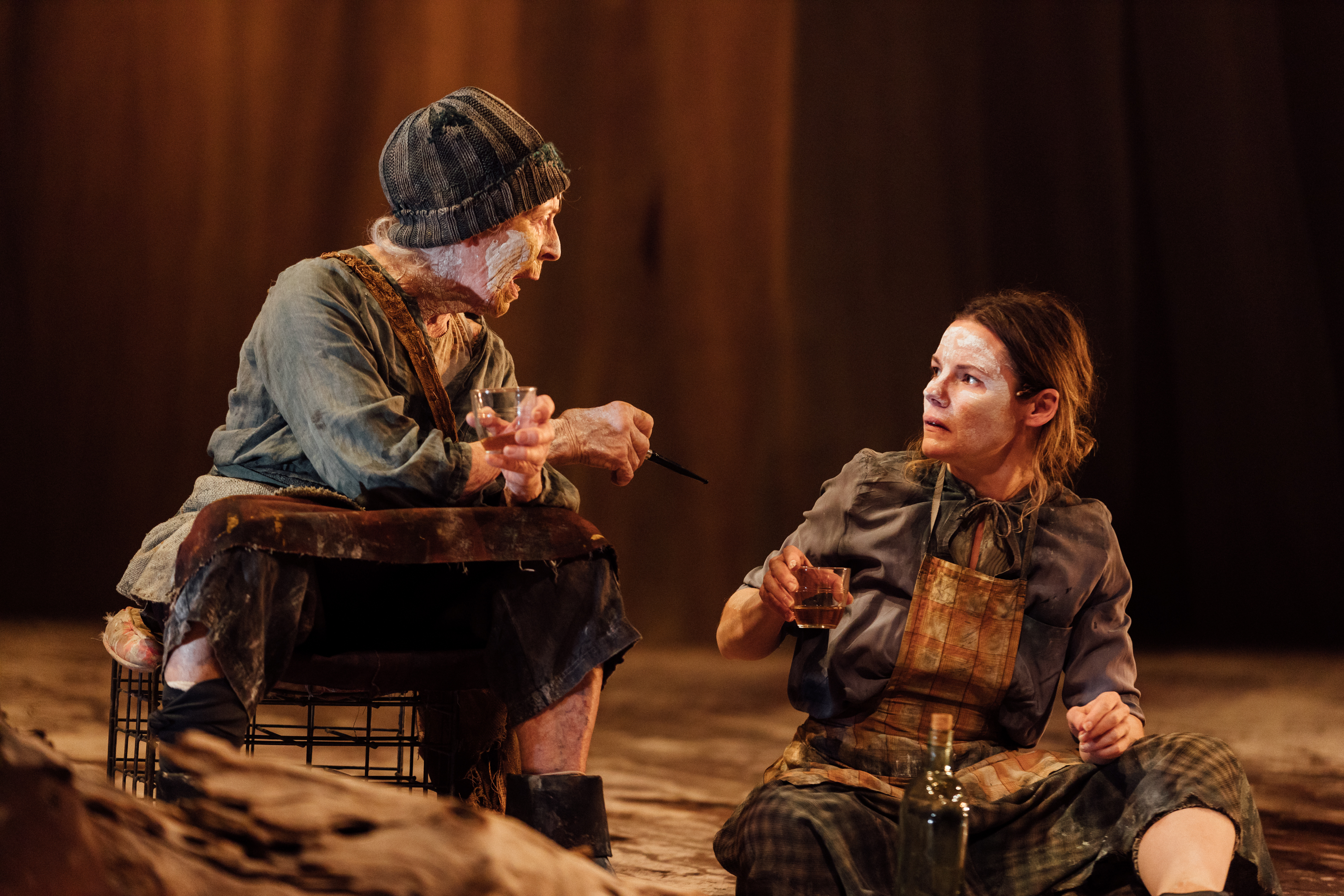 The Secret River, as a period piece about colonisation, makes it clear from the outset which side we’re meant to be seeing the story from – the colonisers. From their initial hostility to the Aboriginal Dharugs, to the process of intercultural discovery and tenuous co-habitation, our perspective is always from that of the Thornhills, allying us with them as intrepid explorers in a new world. For most of the play, rarely, if ever, do we feel that the Thornhills are overstepping their boundaries. They are framed initially not as intruders, but as rightful in their capacity to own these lands, with the Dharug merely annoyances they must learn to deal with in their quest for dominance; one even feels fear for the Thornhills as the Dharugs hold them at spearpoint early on, when rightfully, it is the Dharugs that should feel fear at these foreign trespassers. 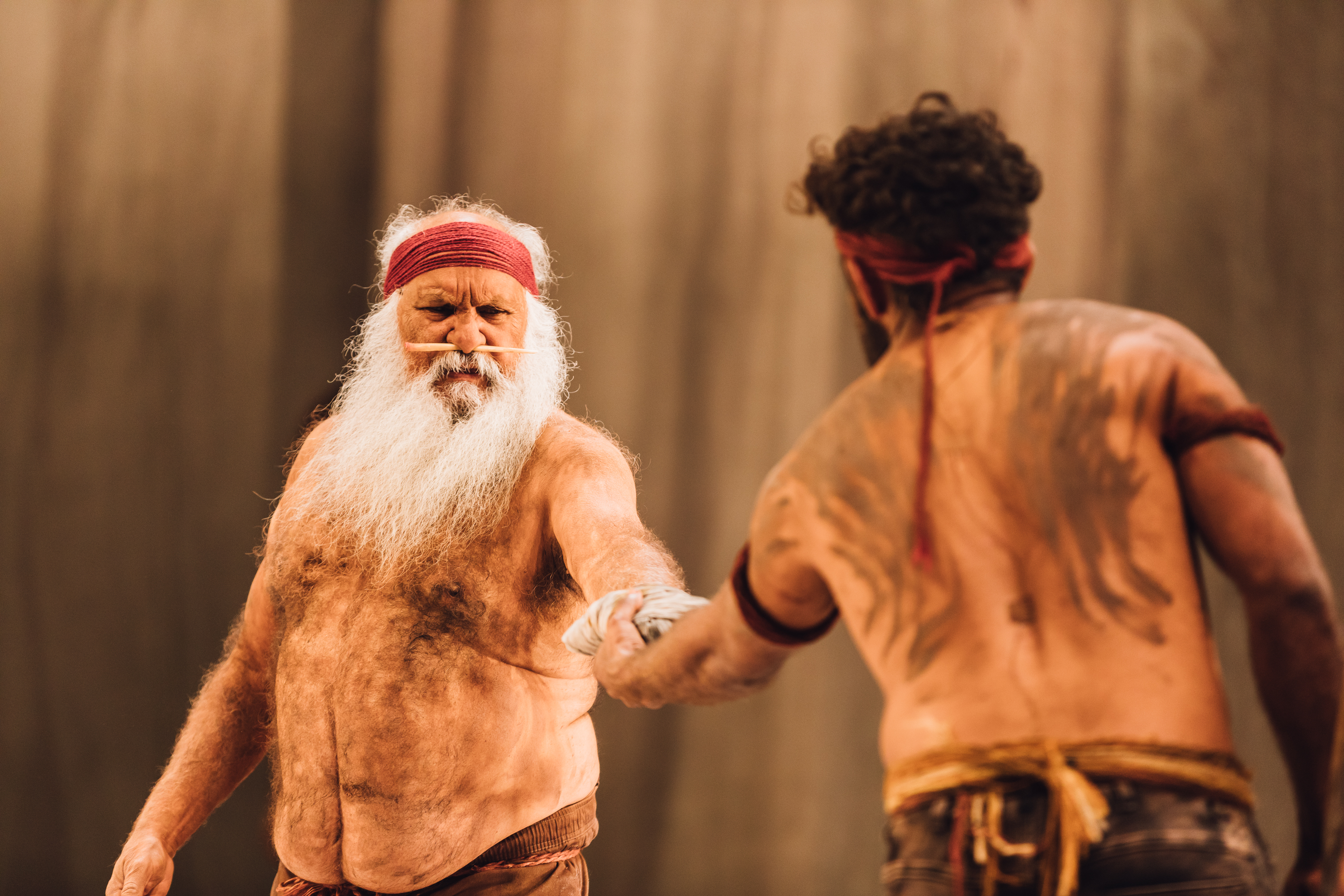 The dialogue between the Thornhills and other convicts is interesting to the extent that it gives insight to each of their characters, from the man sleeping with a Dharug to the bloodthirstier ones looking to decimate the tribe. These often feel like filler though, as by far, the most riveting moments in The Secret River are when the Dharug themselves take to the stage. Listening to them speak in their native Dharug, or seeing the younger Thornhill boy (Toby Challenor) slip and slide across the stage with other Dharug boys, there is an undeniable joy in seeing them in their ‘natural’ element, living their lives confidently and freely. Even when narrator Dhirrumbin speaks (Pauline Whyman, in a last minute replacement for the late Ningali Lawford-Wolf), there is a power in her voice that resonates across the theatre, with every word brimming with importance and weight. 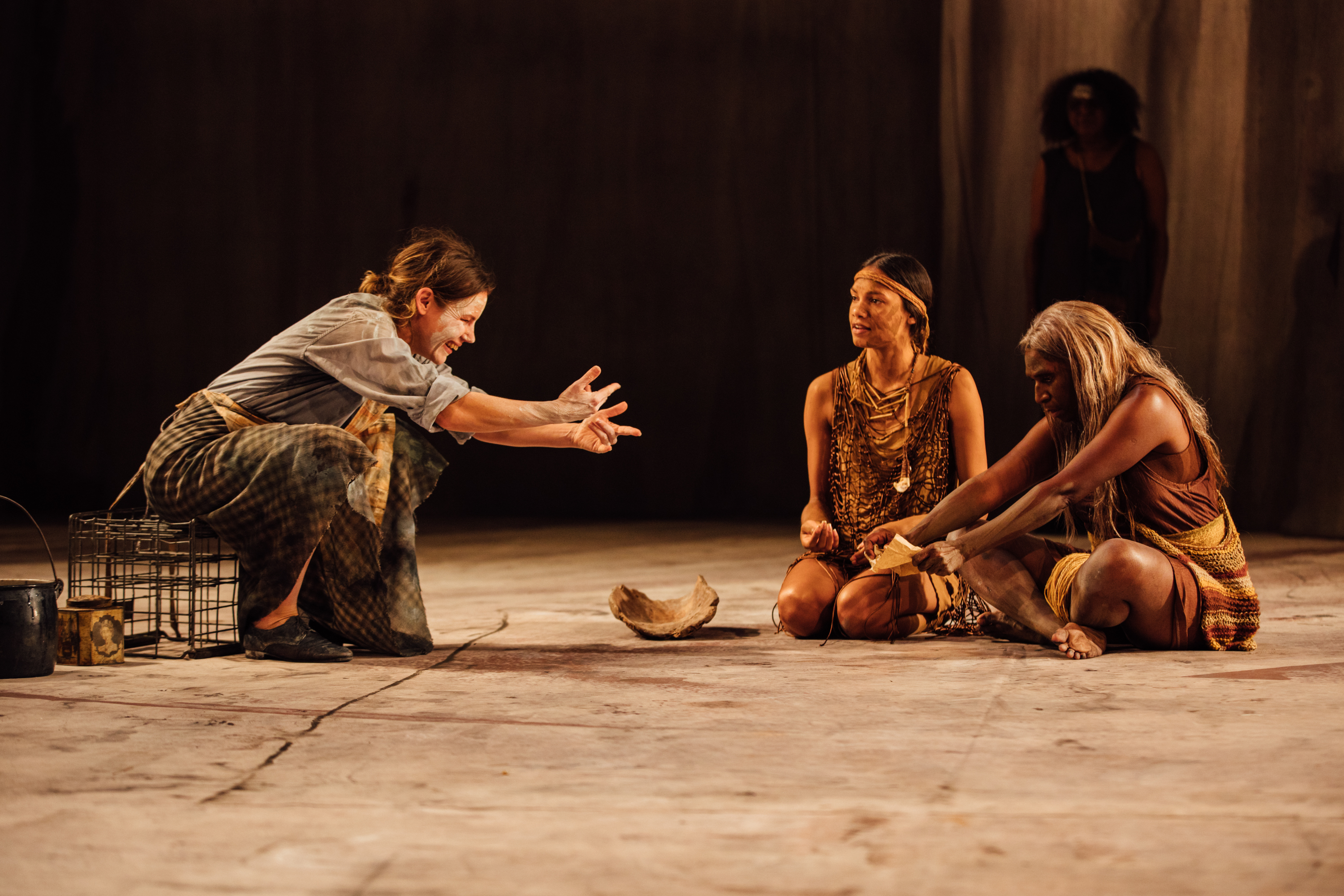 Stephen Curtis’ set design is minimal, giving the impression of the Australian bush with just a few choice branches arranged across the rigging, backed by a massive, sand-coloured curtain the billows ever so slightly, giving the stage constant movement and life. The floor becomes a screen for lighting designer Mark Howlett’s shadowy ripples of water, providing the impression of a calm river. Atmosphere is everything – the Thornhills traipse through the river and leave muddied footprints behind, while an actual fire is kindled by the Dharug people onstage. There is something almost Brechtian about the way our live musician, clearly playing cello and piano at the side of the stage, even reacts with a yelp when an (imaginary) item is lobbed at them. As a result, the world of The Secret River always feels palpable, tangible, and completely visible before us in our mind’s eye.

The Secret River only really succeeds at communicating the costs of colonisation when the build-up of tensions finally comes to a head in the play’s denouement as the Thornhills rise at the Dharugs’ literal, bloody fall. As much as we feel the pain of the Dharug’s loss, The Secret River’s attempt to explain why white guilt is warranted is a rather confusing one, painful for the colonised but only fleetingly, emotionally burdensome for the colonisers. 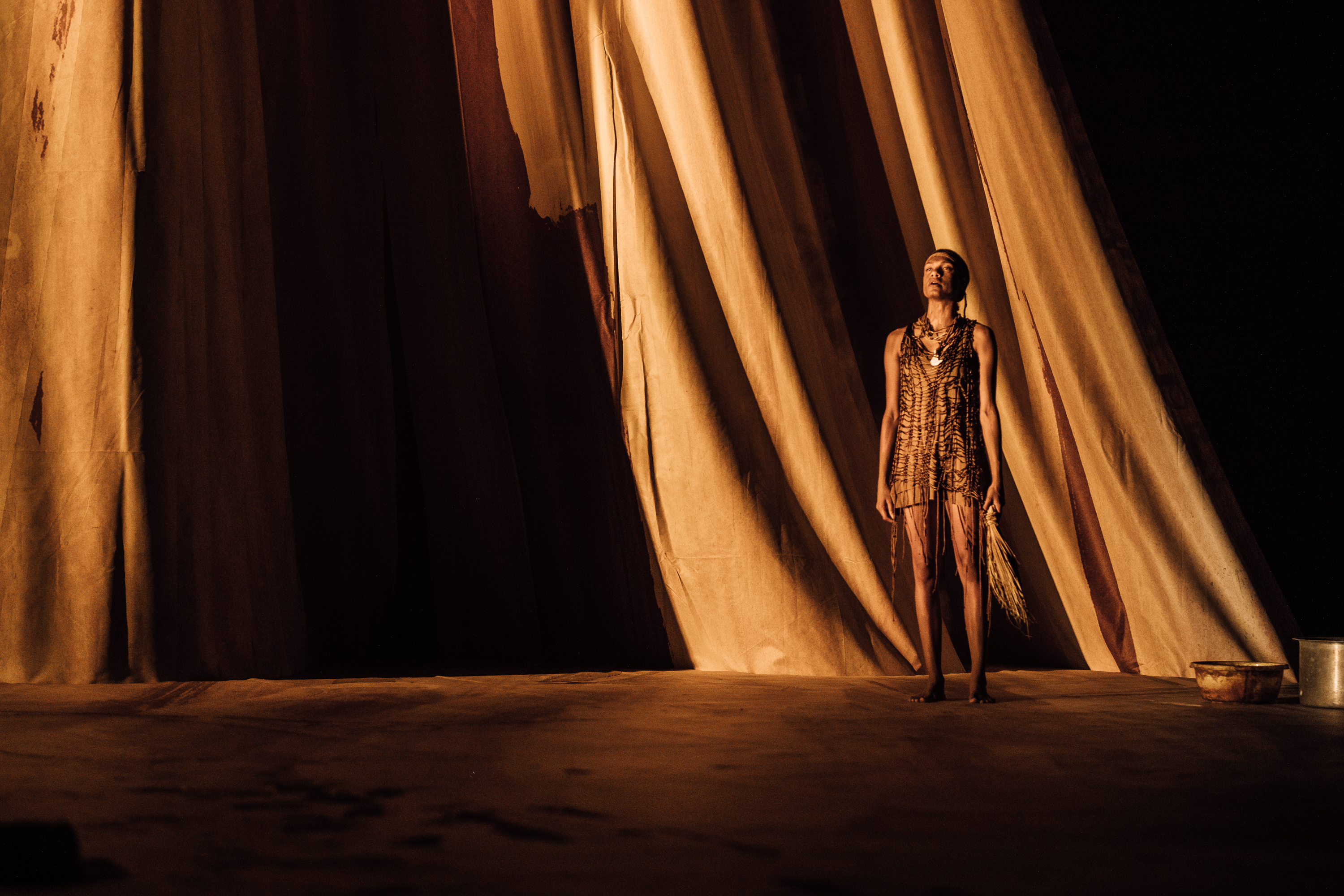 Ambitious in staging but with a problematically characterised protagonist and even more problematic portrayal of the victims of colonisation, The Secret River leaves us only with the knowledge that colonisation is bad for the natives, vaguely villainising the colonisers, but not giving a strong enough statement as to its significance to a modern day audience. At the very least, it throws the doors wide open to the hypocrisy and violence of colonialism, and hopefully, spurs discussion that furthers the conversation around it.

The Secret River plays from 23rd August to 7th September 2019 at the Olivier Theatre at the National Theatre, London. For more information and tickets, visit their website here