In spirituality, it is believed that if one does not let go of the metaphorical ‘knots in one’s heart’, then their mind will remain tormented by these unresolved issues, burdened and suffering on. It is one such knot that takes centrestage in KNOTS, playing as part of the Singapore Chinese Language Theatre Alliance’s New Works Festival 2019.

Created by new youth theatre collective STRANGER, comprising six former members of Drama Box’s ARTivate youth wing, KNOTS, written by Gong Xin and with a directorial concept by Toh Wee Peng, treads familiar territory as a woman (Judy Ngo) wakes up in the underworld. Rushed to complete her application for reincarnation, she hesitates along the way, revisiting a series of incidents in her childhood that reveal a stubborn knot in her heart she has yet to untie. 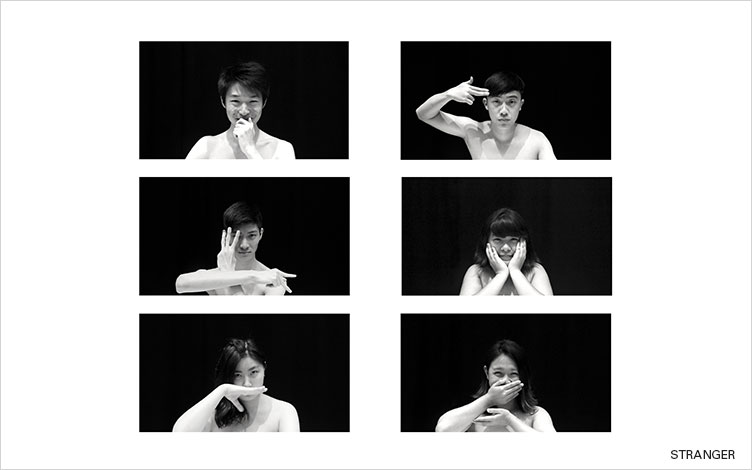 Upon entering the Esplanade Theatre Studio, one is struck by Han Xuemei’s aesthetically pleasing set, which cleanly boxes up the performance space with white rope (harkening back to the play’s title). ‘Wandering spirits’ walk listlessly around the perimeter, and as Jing Ng’s haunting, funereal soundtrack plays on, audience members are well-immersed right in the middle of purgatory.

In terms of its plot, KNOTS is a play that has its heart in the right place, touching on some underrepresented themes and issues in society today. Key to the narrative is how the deceased woman, as a junior college student (Teo Pei Si), grew up in a lower class, Chinese-speaking family. Because of this background, her family places all hopes on her to get a university degree and lead a better life, in direct opposition to her own, hidden dreams to pursue Chinese theatre, starting with an unfunded overseas internship at a renowned theatre company. 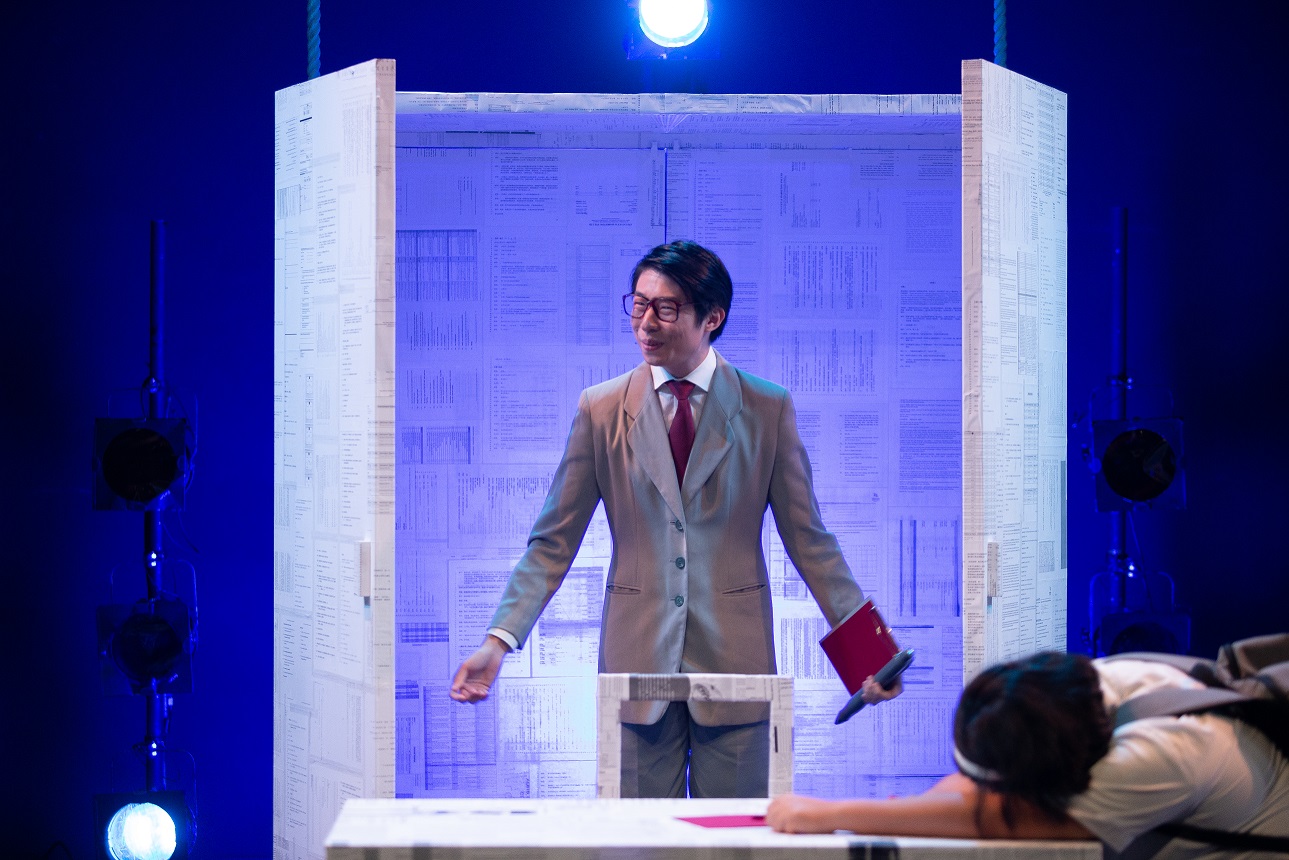 Naturally, this conflict is what drives the play’s plot, resulting in multiple layers of lies and deception as she attempts to convince her teacher, her principal and even using her mother’s own illiteracy to get a consent form signed. But despite these lies, it’s hard not to feel for her struggle of treading the path less taken, and with the many members of the Chinese theatre scene in the audience, certainly an issue that would resonate. The final fallout between her and her mother (Goh Guat Kian, ever excellent at playing her characters for sympathy) is heart-wrenching to watch.

KNOTS’ main issue however lies in its script, which faces issues with its pacing and character development. While the issues raised are relatable, an unnecessary amount of time is given to develop side characters like our protagonist’s best friend and plots like the fraught relationship between her teacher and principal. Even Judy Ngo’s harrowed, panicky performance as the deceased woman is fun to watch (opposite Chng Yi Kai as her otherworldly case manager), the entire underworld framing device adds little to the narrative, and comes off as extraneous rather than necessary to the plot. Our protagonist is constantly on the go, but with little time for the audience to bond with her emotionally, we end up pitying rather than sympathising with her, defined by her circumstances rather than her character. 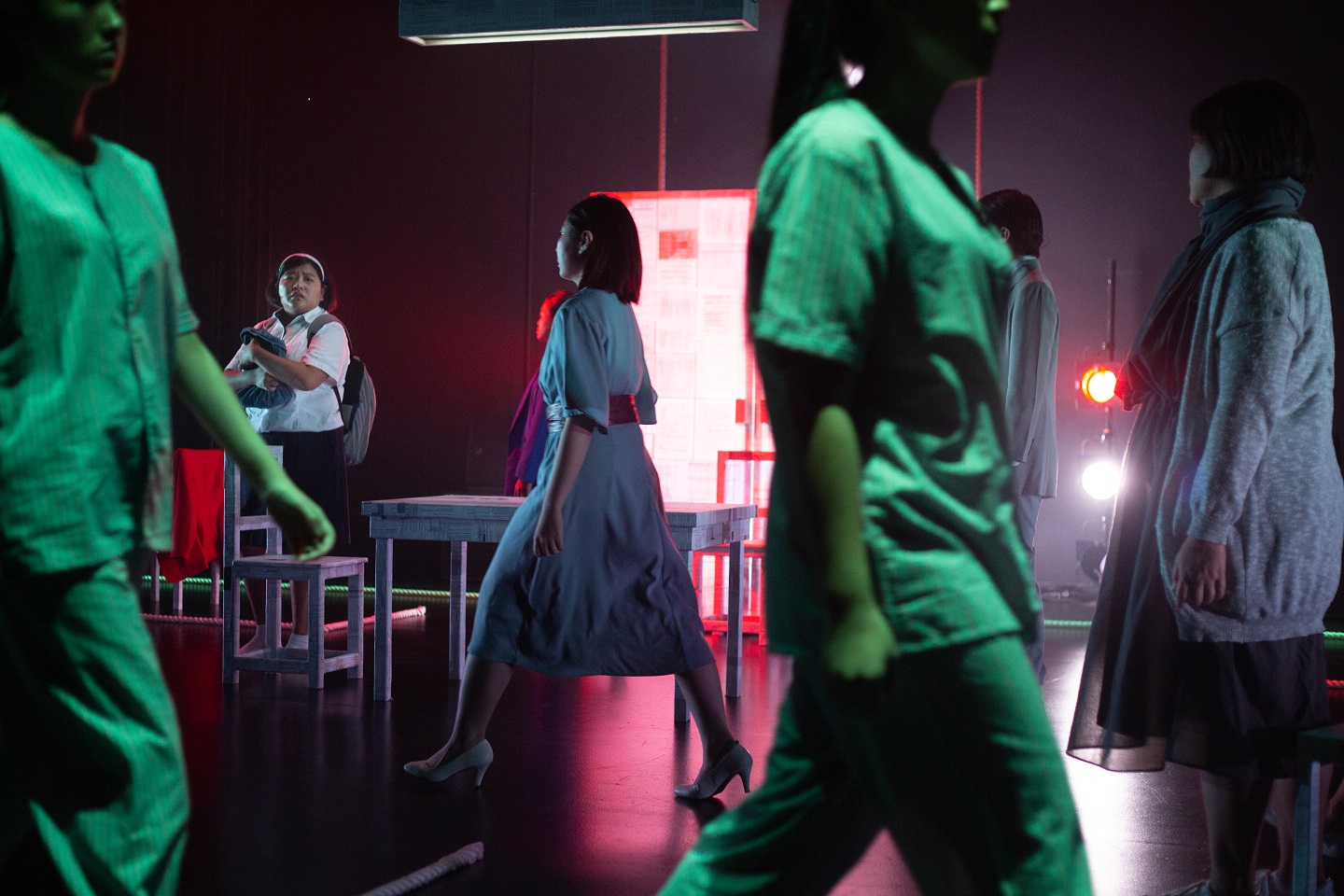 KNOTS ends on a rather abrupt note, ending the flashback jarringly as our protagonist is left hanging after the fallout with her mother. Choosing instead to run rather than resolve her problems, there is something deeply unsatisfactory and unfulfilling about the way the deceased protagonist has decided to reject her one chance at redemption and wallow in her self-pity instead. It is an ending that feels rushed and inconclusive, never once truly addressing or acknowledging the deep knot festering in our protagonist’s heart even in her adulthood, and one wishes this idea was given more time to be better explored and fleshed out in the script to deserve such an ending.

Whether STRANGER finds success as the new kid on the theatre scene remains to be seen, but with KNOTS as their debut, these are plenty of loose ends that the group hopefully tie up given more experience and exposure come future productions. If anything, this is a production that shows still more guidance and mentorship is necessary to lead the next wave of theatre practitioners onto the right track, particularly when it comes to issues of executing and telling a visually and emotionally gripping story with so much potential.

KNOTS played on 13th and 14th September 2019 at the Esplanade Theatre Studio as part of the SCLTA’s New Works Festival 2019.