Living proof that street dance is just as much of an art form as every other production gracing the Esplanade Theatre.

It’s hard to believe it’s been over a decade since the Esplanade’s da:ns festival has featured street dance performers on the mainstage. Almost as if to make up for this absence, FULL OUT! features some of the world’s very best dance crews gathering for a single, mega performance as they take to the Esplanade Theatre, making for one of the most energetic, pumped up productions we’ve seen there in a long time.

Hailing from France, Japan, Taiwan, the USA and even our very own Singapore, the crews of FULL OUT! are living proof that street dance deserves an even greater platform to shine, at least as much as classical art forms do. Requiring just as much precision and discipline as say ballet, the series of performances in FULL OUT! are nothing if not mind-blowing displays of choreography. 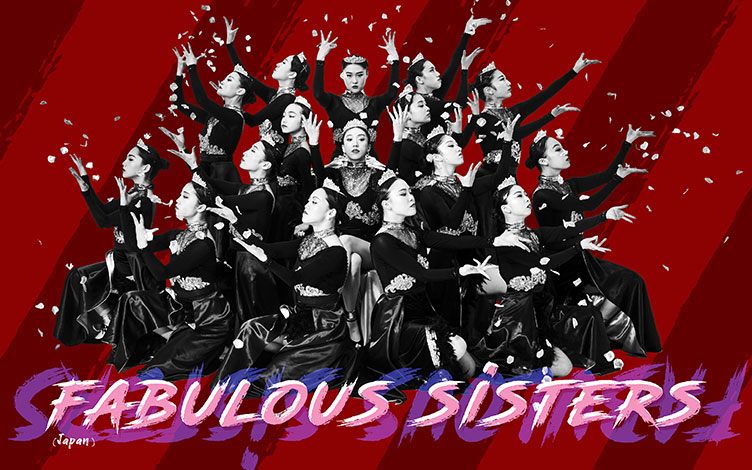 FULL OUT!’s line-up of acts are nothing but impressive, as each successive act leaves audiences cheering louder than ever. The show opened on a high note with the award-winning Fabulous Sisters (Japan) perform a high-tempo sequence of dances that sees the all-female crew showcasing strong teamwork and sychronisation. The rapid choreography displayed is incredibly fast, as they come together in various formations, as they don feminine costumes taking inspiration from both Spain and Japan, mesmerising with every move and displaying a good mix of the traditional and contemporary, helped as well by the dynamic lighting and dazzling projections accompanying them. Described as a mix of urban-jazz, infused with foundations in waacking, hip hop, tutting and other contemporary styles, there’s a real strong sense of showmanship and theatricality in their presentation, with dramatic mask reveals, and even clever use of billowing fans to produce a wall of ‘flames’. 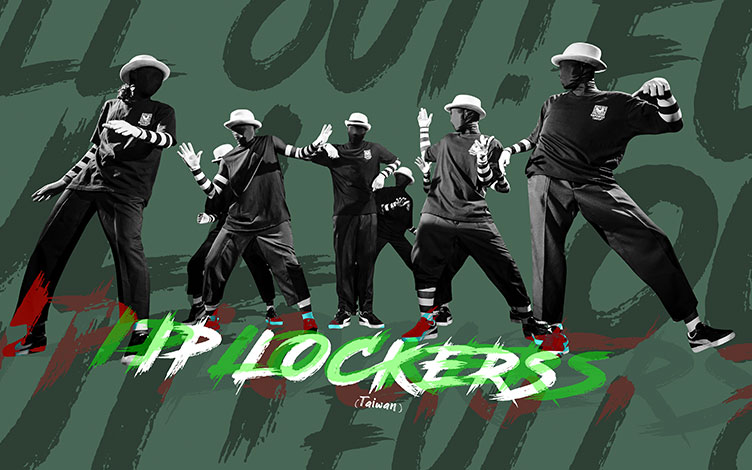 Taiwan’s IP LOCKERS are traditional in that they specialise in old school locking, and are immediately recognizable for their black and white striped costumes complete with full face mask to hide their identities, to be seen not as individuals but as a team. From incorporating live rapping to giving their two female members a chance to shine on their own in a single pastel-hued sequence, IP LOCKERS displayed smooth choreography across all their sets, the dancers working as one team with their top professionalism and teamwork. Their final number, a funk-inspired sequence involving every member, was particularly rousing, leaving us raring for more. 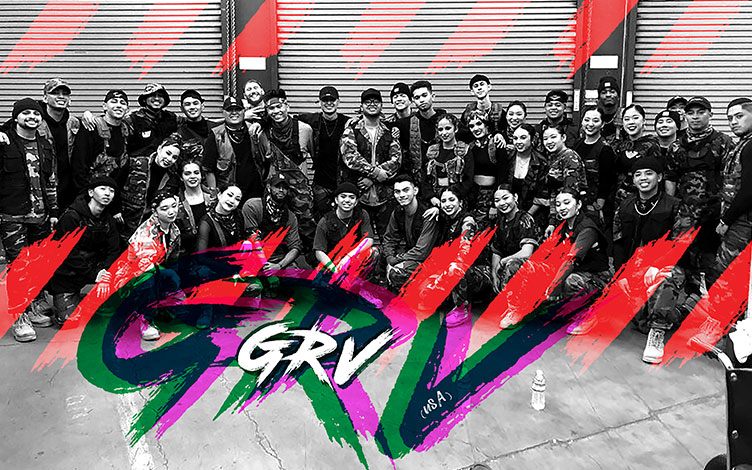 By far the largest crew of the night, USA’s GRV also drew the biggest whoops and cheers each time they were set to come on, and just by being able to choreograph such a large number of dancers alone is reason enough to be impressed by them. Priding themselves as an entire family of dancers, GRV’s versatility in styles was plain to see from a clever sequence – a video of a car radio switching from channel to channel allows for a host of different genres of music to play, placing a spotlight on individual dancers each showcasing their specialty styles. There’s a fascinating aesthetic to the way GRV has modeled their choreography on, melding hard street styles with down tempo songs, and the way large groups within the crew come offstage and onstage done smoothly. The diversity of bodies on show only proves that anyone and everyone can be good at dance, as long as one is taught right. 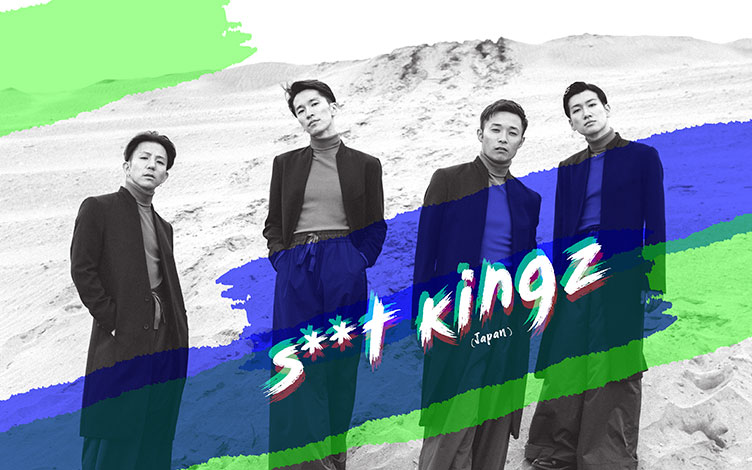 Japanese four man crew s**t kingz perhaps had the most unique set of choreography for the night, focusing on showcasing a ‘full-length dance dramas’ for their 20 minute set. Mixing the art of clowning, miming and physical humour with props and a mix of dance genres, s**t kingz got the audience laughing full-on before switching that up to gasps of wonder with their moves. By far the most entertaining crew of the night, to witness s**t kingz on their own is essentially a show by itself, and one was left amazed by the sheer innovation on display and ease with which they moved their bodies and just had fun with the entire sequence. 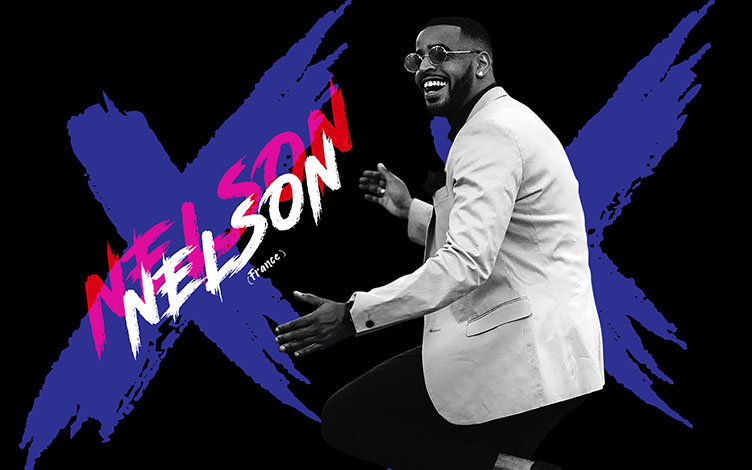 Singapore’s own local crews featured certainly didn’t let us down, with Stoney Brothers and #JungleBeatsHollaAtMe coming together to form Stoney X Junglebeats, as they performed a gymnastics-riddled, short but impactful set featuring two armed personnel going up against a horde of brain-hungry zombies. Kudos to the video team who helped make the pre-show ‘trailer’ to get the audience in the right mood (filmed in the Esplanade’s basement no less), and of course the crew themselves for displaying a penchant for movement that would not be out of place in a blockbuster film, with members performing cartwheels and vaults into the air. Drama, horror and thrills collide, and Stoney X Junglebeats were certainly crews to be proud of watching them onstage. Not to mention, the three crews of the Sixteen da:ns Challenge, each mentored by choreographers from IP LOCKERS, GRV and Nelson Ewande, round off the already impressive set of dancers with their own set of skills, each one gaining new fans as they showed off their skills.

Even beyond the actual sequences by each crew, FULL OUT! is an example of great programming. FULL OUT! isn’t just a case of one crew after another coming out onstage to perform, but also a chance to get to know each crew and their story, the performances supported by video interviews, live Q&As with host Sheikh Haikel, and a good sequence that allowed enough breathing room in between acts for the dancers, and for each crew to leave an impression on us multiple times.

FULL OUT! is one of the most exciting shows that the Esplanade has programmed for the Esplanade Theatre, and certainly unlike any other programme we’ve experienced there before. The atmosphere is undeniably cool, allowing no holds barred non-flash photography and videos to be shared on social media, and an audience that’s pumped up and fully hyped as they cheered on each crew in every set, the theatre filled with applause each time. As each and every single performer returned onstage for the massive closing number set to ShiGGa Shay’s ‘Tapau’, we’re left in awe and energised, feeling a natural high from the sheer power of the performance, and nothing but good vibes as FULL OUT! proves, without a doubt, the joy of dance.

FULL OUT! plays on 15th and 16th October 2019 at the Esplanade Theatre as part of da:ns festival 2019. Tickets available here