New theatre collective finds the absurdity and banality of a millennial life.

The existential crisis has evolved from being a condition experienced by the lunatic fringe, to what is practically a pandemic in today’s day and age. For the current generation of millennials, it’s a problem that looms particularly large each and every day of their lives, as the news only gets increasingly depressing with each passing moment and they’re gripped by paralysis and fear as certain doom lies on the horizon, whether it’s due to the sorry state of politics or climate change.

It’s honestly all we can do sometimes to lose ourselves in the ennui of pointless routines and trashy lifestyles, chasing after the next big fad, travelling to parts unknown, or simply kicking back and binge watching a Netflix series for hours on end. But what happens when the novelty factor wears off? 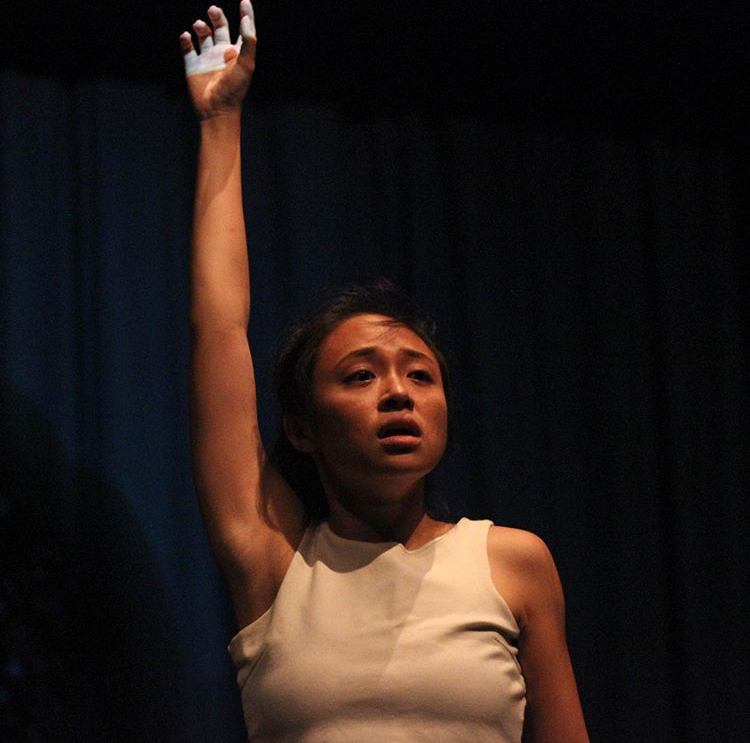 Brand new theatre collective Hole In The Wall is here to address that with their debut production Now She Lives. Starring Ong Yi Xuan, the multi-disciplinary work sees her play an unnamed Singaporean girl as she awakens on a day like any other, going through the motions as she is internally gripped by her own existential dread, attempting to cope. Joined onstage by musicians Felicia Lim and Ivan Deviano at the sides (providing some great live music to set each scene), Throughout the performance, Ong displays a keen comfort with her own body as she performs choreography that stretches her out while Clare Chong’s often trippy, surreal video montage plays on a screen behind her.

The video itself is visually intriguing, often defying explanation to portray images that suggest aspects of modern living and its absurdity – a cup of latte is reverse engineered to un-pour itself, a view of earthworms slowly inching their way across the screen leaves us unnerved, while a segment featuring snippets from Greta Thunberg to Trump, to Channel News Asia coverage of the Hong Kong protests, representing the barrage of information we’re presented with while we try to lose ourselves in V A P O R W A V E mixes on YouTube.

At this segment, Ong performs a series of familiar viral dance moves, from flossing to the nae nae to Beyonce’s Single Ladies dance. She goes through the motions, losing herself in a flurry of Netflix series, clubbing, throwing up before repeating the process. She speaks of cafe hopping, that she loves to travel, but finds little meaning in it all, all these just methods to cope with the horror of living, a way to just keep moving in spite of the paralysis that threatens to overtake her. Her face flits between manic glee to crushing depression and anxiety, and in her darkest of moments, she reverts back to a child, calling out for her mother and blaming her for lying that things would be ok. The video plays the Trump and Greta and Hong Kong segment again, and she is overcome, pouring an entire bucket of water over her body and loudly proclaiming ICE BUCKET CHALLENGE!, but now, wet and exhausted, she is left merely a shell. 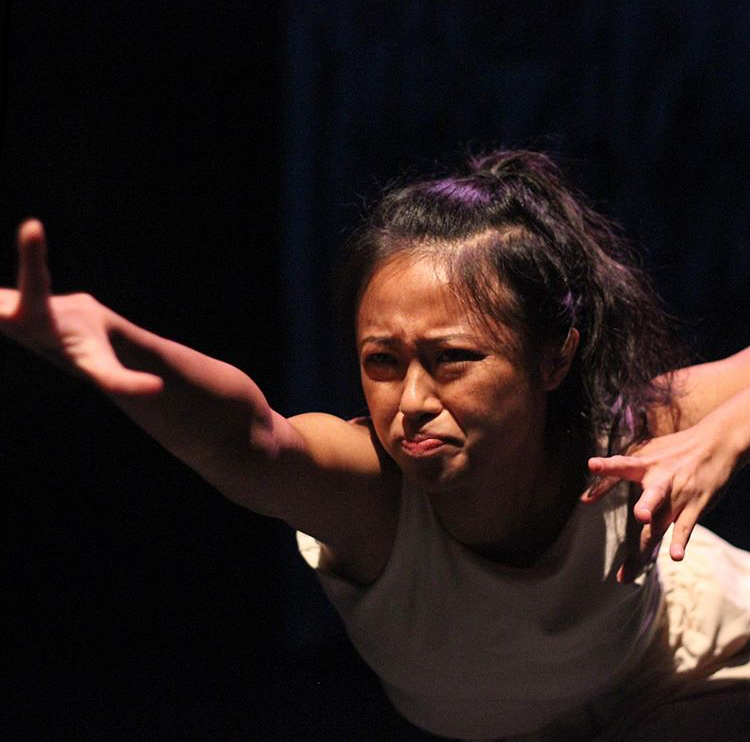 In an unexpected twist, she waves away the video behind her and begins to descend even deeper, bringing out a meta-theatrical absurdity as the house lights come on and she addresses the audience directly, admitting that she has no right to be as upset as she is as a middle class Chinese girl. She apologises for creating the work, and for wasting our time, and returns to the darkness as the lights black out. This rather nihilistic end leaves us wondering then – what is the point of it all? Does it even matter?

Certainly, Now She Lives is a technically unpolished, possibly incomplete, work, with issues including lights that shine straight into audience’s eyes and diminishing the quality of the video work, and a need for greater overall cohesion in the piece and bringing across exactly what it is it’s trying to say. But if anything, it’s a work that held this reviewer’s attention during the hour, one that struck a chord for is portrayal of millennial absurdity, and one that reminded us of just how terrible the future could possibly look.

Now She Lives played from 18th to 19th October 2019 at the Substation. For more information on Hole In The Wall, follow their Instagram here

0 comments on “Review: Now She Lives by Hole in the Wall”