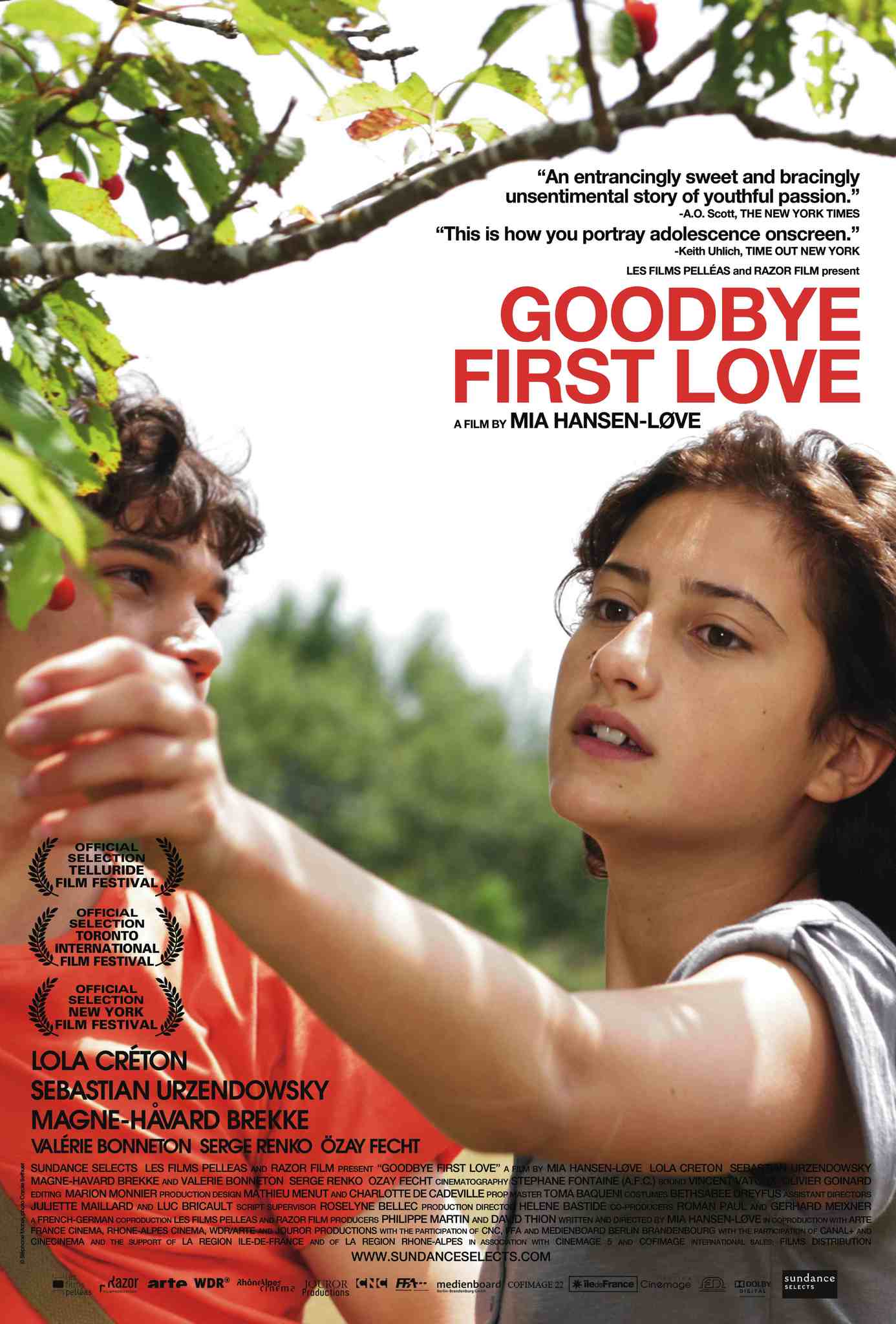 First loves are hard to let go of.

You never really forget your first love. But for Camille (Lola Créton), whose teenage romance with Sullivan (Sebastian Urzendowsky) is passionate and sexually-charged, it’s something she never really learns to let go of, bringing it with her into university and adulthood.

Directed by Mia Hansen-Løve, Goodbye First Love is a familiar tale of fate gone wrong when Sullivan decides to leave her for a 10-month trip to South America with his friends, without Camille. For a good part of the film, we watch as they spend time together at her mountain home in the summer before his trip, essentially being one with nature as they ride horses, bask in the sun and swim in the Loire. But when they return to gloomier, Paris, and Sullivan leaves for South America, there is the distinct sense of distance between the two. Sullivan’s letters home to her become fewer and fewer, eventually delcaring he wants to disappear from her life altogether. The letters stops, Camille falls into a depression and attempts suicide before finally deciding it’s time to move on.

Years later, Camille finds success as an architecture student, and eventually embarks on a relationship with her professor Lorenz (Magne Håvard-Brekke), working for him after graduation and moving in with him. By chance, she discovers that Sullivan has returned to France, now a handyman and photographer living in Marseilles, and she reconnects with him, quickly reigniting the dangerous flame of romance they had in each other all those years other. 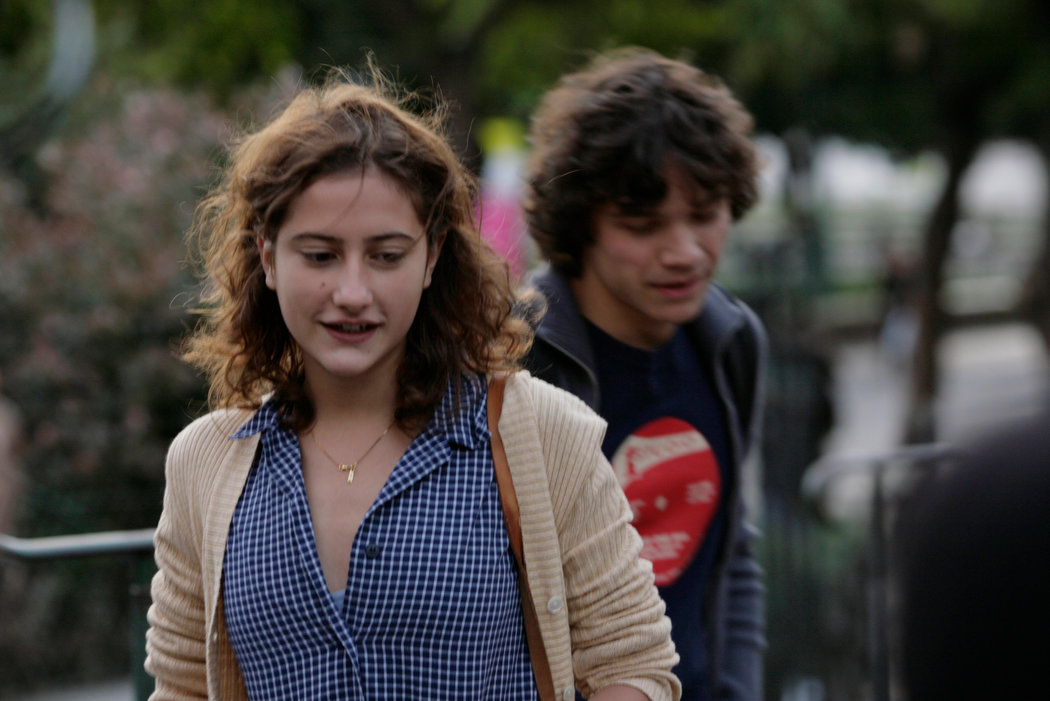 Right from the beginning, it already feels evident that Sullivan and Camille were never meant to be, and if anything, Sullivan is most likely toxic for her. As much as they do enjoy their last summer together, the picturesque landscape of the Ardèche is essentially a fantasy and a form of escape for the two lovers to live in before facing up to the reality of their breakup. When the two get back together, Sullivan becomes even more insufferable as a person, clingy and just as much of a softboi as his letters home seemed to suggest, and one cannot help but mourn how Camille’s independence and strength falls apart completely at the sight of his man, as if a lifelong affliction she simply cannot be rid of. 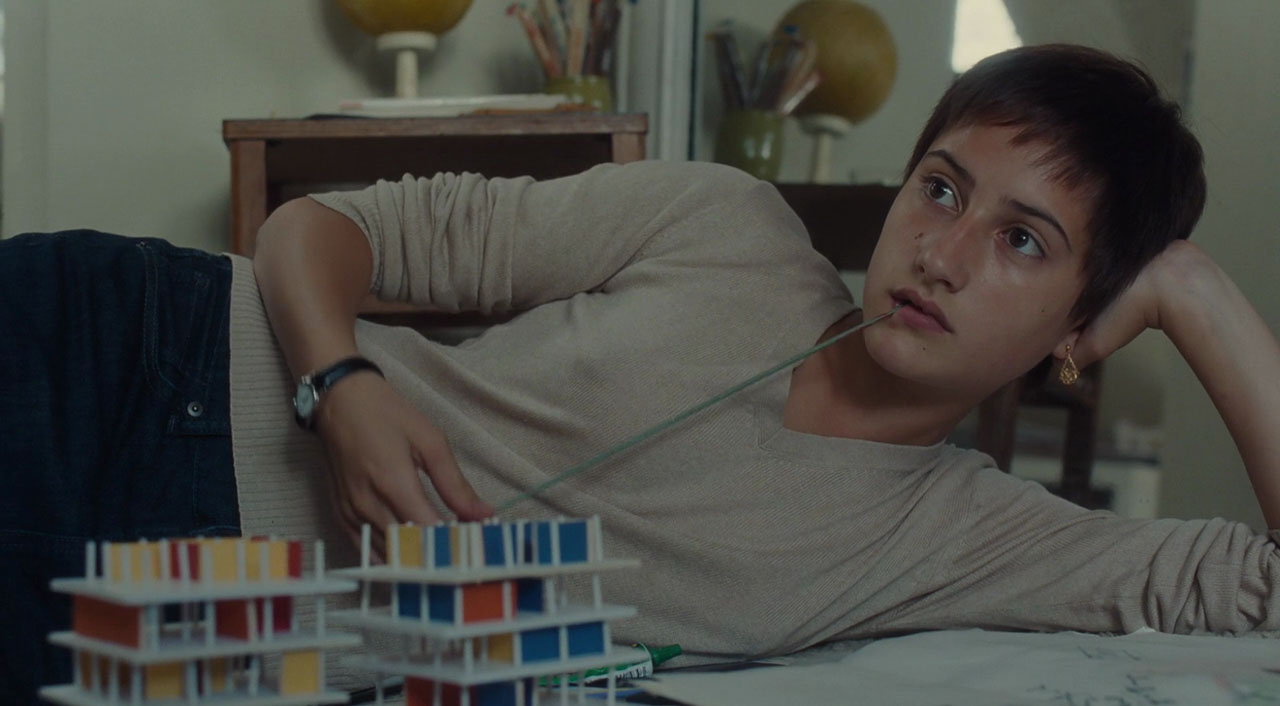 But if one looks closely, what Goodbye First Love really is about is not the relationship between Camille and Sullivan, but a character study of Camille and her inherent loneliness and depression. Sullivan, as unlikeable as he is, is a body for which to project her desires on, and to base her entire existence off of. Devoid of that, we watch her struggle to become worthy of her own existence as she works odd jobs, spends nights alone in her tiny room during her university days, and works through her solitude by channeling it into her design, where inhabitants of her projects are forced to take long walks in winter while their dwellings are akin to prison cells. Most of these are never explicitly stated, and Hansen-Løve is the kind of director that rewards viewers who pay close attention to the details and filmography that informs characters’ inner lives (specifically, Camille), from her notebooks to her body language. 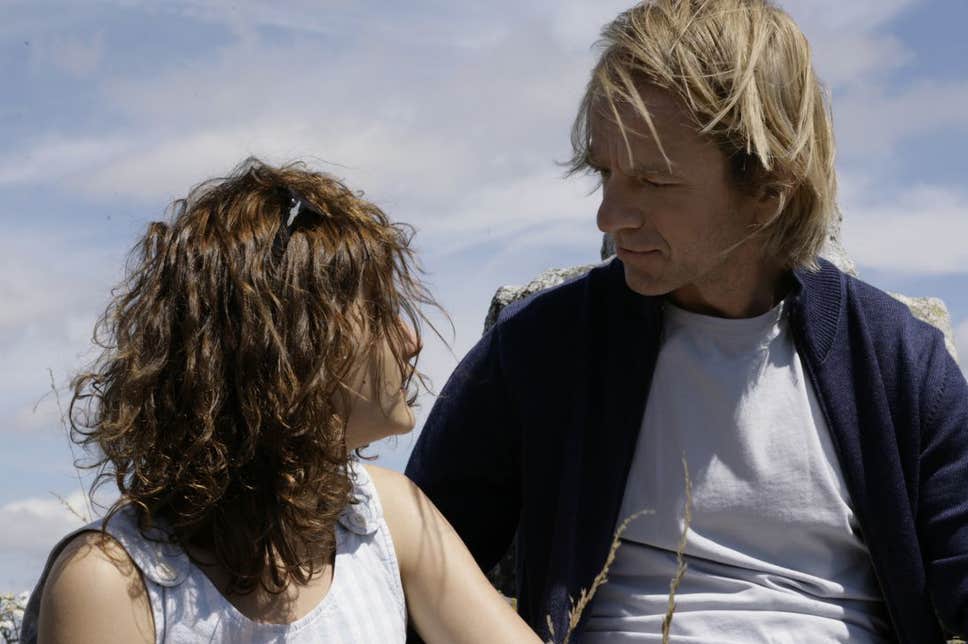 While her relationship with Lorenz initially feels problematic, it becomes evident that the two are good for each other, playing off each other’s strengths and a genuine warmth and understanding they have that makes us believe the two can and should start a family together. Sullivan then, becomes a disruptive force in Camille’s otherwise perfect life, and to watch her crumble into a lovesick mess is painful to watch as she pulls out all the stops to get back together with him. The scenes between them are sensual, raw and tender, almost animalistic in the way they return to each other’s bodies and indulge in this feast of love, in contrast to the lack of sexuality she and Lorenz display across the film. 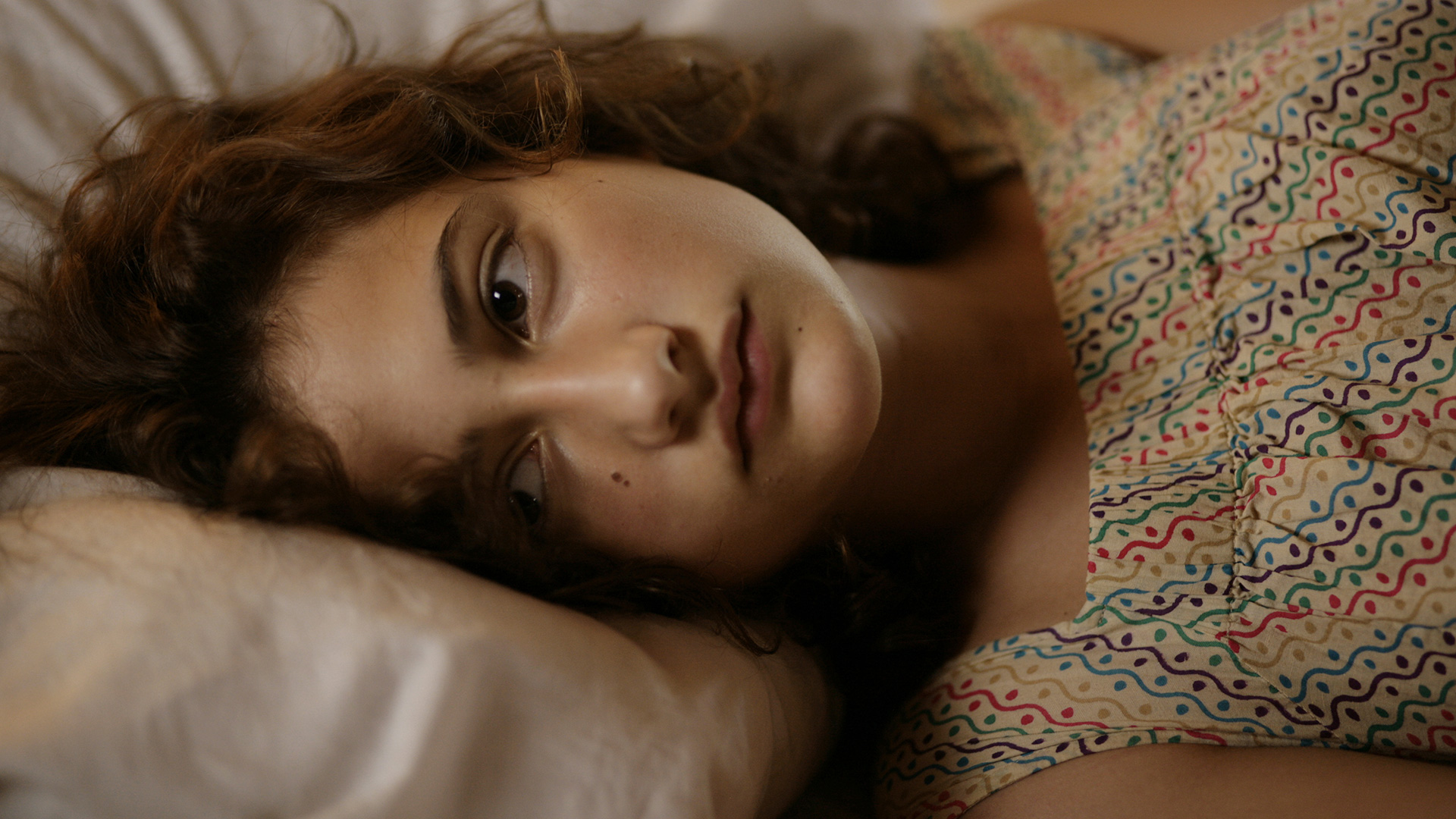 Goodbye First Love allows Lola Créton a star-making role as Camille, delivering a fantastic performance of troubled adolescence as she transforms from weak-willed, melodramatic teen to an independent woman worthy of respect, becoming a project manager at the architecture firm and clearly showcasing far more confidence and an inner strength absent in her youth. Always, there is a grim determination within her as she struggles with her own hollow feelings and the knowledge that she cannot handle being alone. 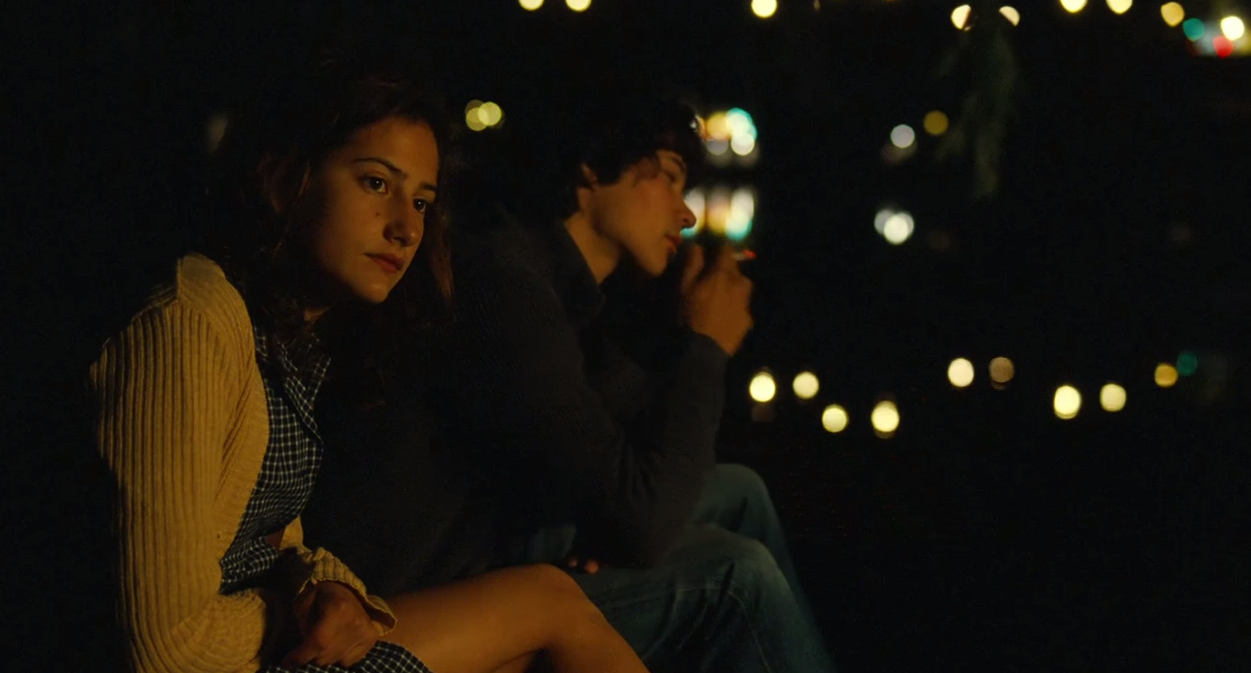 In essence though, Goodbye First Love ultimately displays the fragility of the human condition thanks to our unending desire for companionship, and the destructive power of obsession. This is not a romance film, but a film that drives home the point that the complexity of human relationships can and most likely will screw us over. By the end of the film, all the circumstances point to Sullivan and Camille never fated to being together and when he disappoints her for the last time, all one can feel in one’s heart is relief when they part ways once and for all, in the hopes that finally, she will get over her first love.

Goodbye First Love played at the Projector as part of the French Film Festival 2019, also part of Voilah! 2019.