★★★☆☆ (Performance attended 8/1/20)
Gamification of a hypothetical nation’s destiny has the right idea in mind.

While ATTEMPTS’ founder Rei Poh has always been interested in games, with their latest production, ATTEMPTS finally gets a chance to go full on into the genre, with participatory theatre piece and game A Tiny Country, playing as part of the 2020 M1 Singapore Fringe Festival. 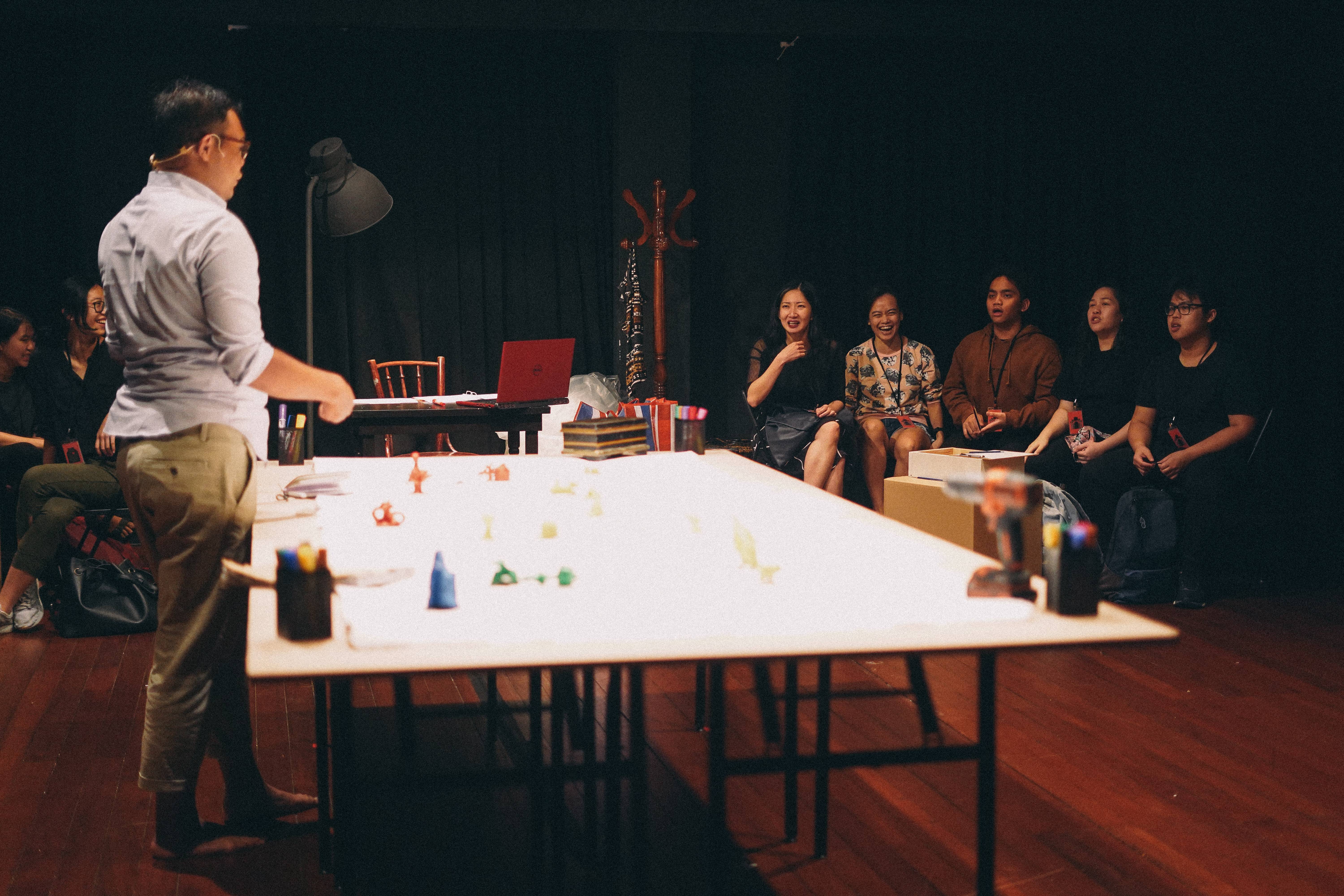 Directed and designed by Rei Poh, and co-created with Jean Tay (who also scripted the piece), A Tiny Country begins from the moment we step into Centre 42. Once booked in for our session, we’re asked to select a colour, determining the group we would be in for the rest of the evening. Led upstairs to be briefed, we’re brought into the ‘arena’, and meet our facilitator Joe (Farez Najid), who briefs us on the rules of the game and backstory behind the game’s scenario. 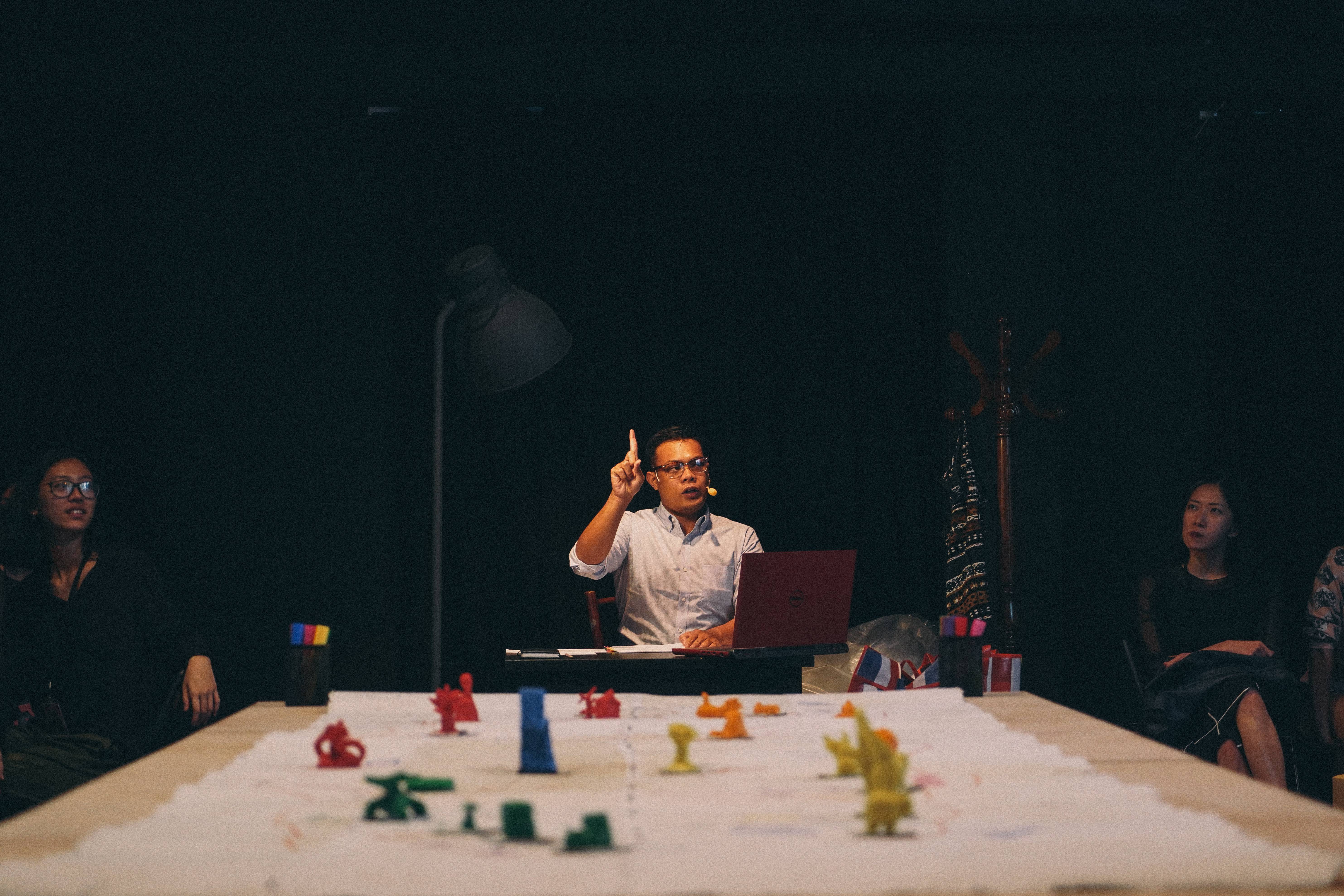 A Tiny Country imagines audience members as both members of a community living in an unnamed ‘tiny country’, and as players with the power to experiment with the nation’s future. Said country has a history of conflicts and threats, and its citizens must plan how to build their country for the future, in anticipation of a potential crisis looming just beyond the horizon. As Singaporeans playing the game, the idea of a ‘tiny country’ makes us automatically link it to Singapore itself, as far as it wants to remain an ambiguous nation, and we begin to associate the decisions we make in the game with the state of our actual country itself. 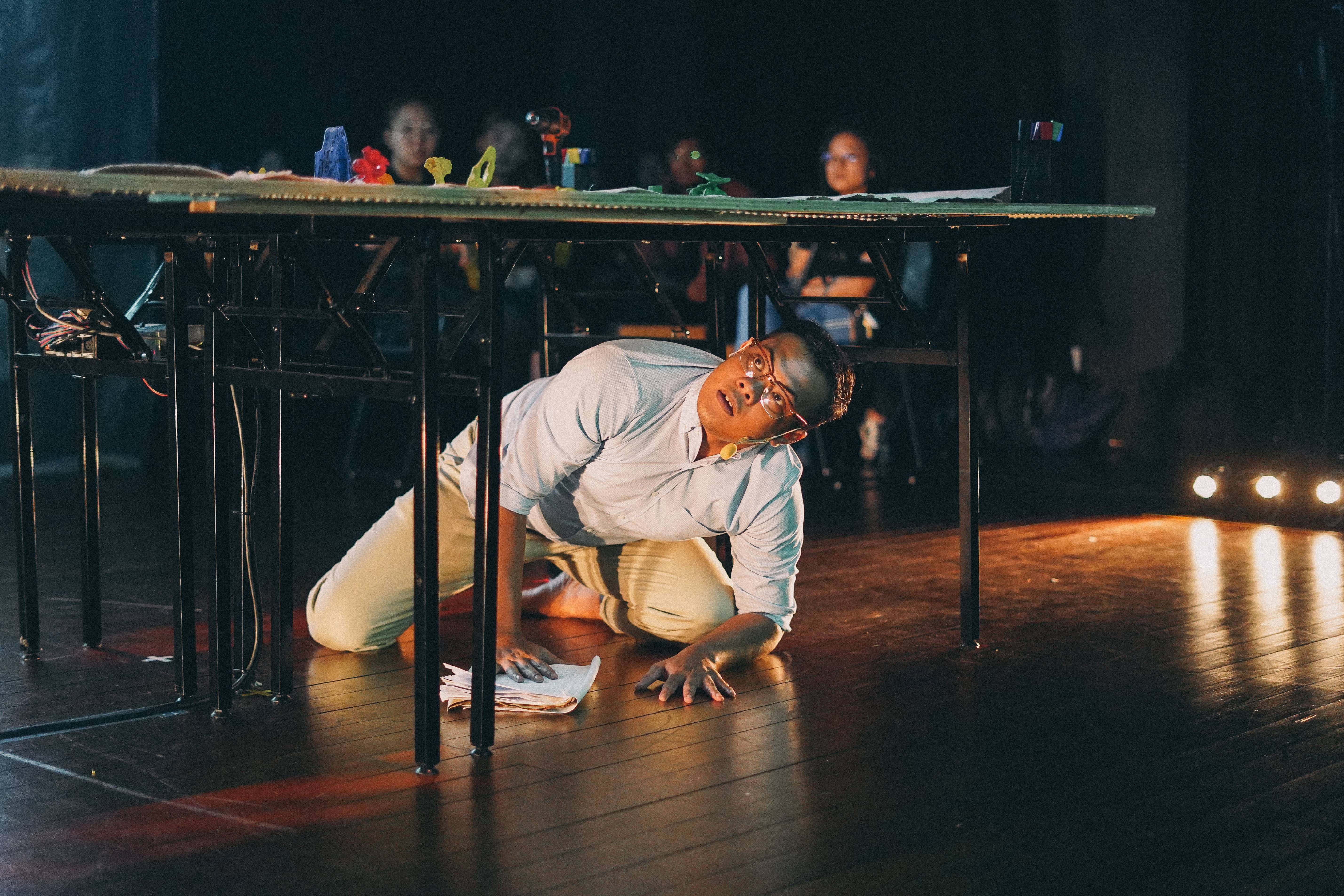 The game itself tasks players to manage resources, colonise new lands, train their talents and defend ourselves as we debate with other groups to convince them of the right way to proceed forward. Every decision made is key, and affects the flow and outcome of the rest of the country’s fate (making each performance unique in and of itself). Taking place atop a giant map of the country drawn on the spot by Joe, the game also utilises an overhead camera that projects a live feed of the entire map for all to see exactly what’s going on. With each group given a mound of plasticine, we’re tasked to create an avatar for ourselves, and the result is a stronger sense of identity and ownership of our ‘tribes’ and connectedness to our group. 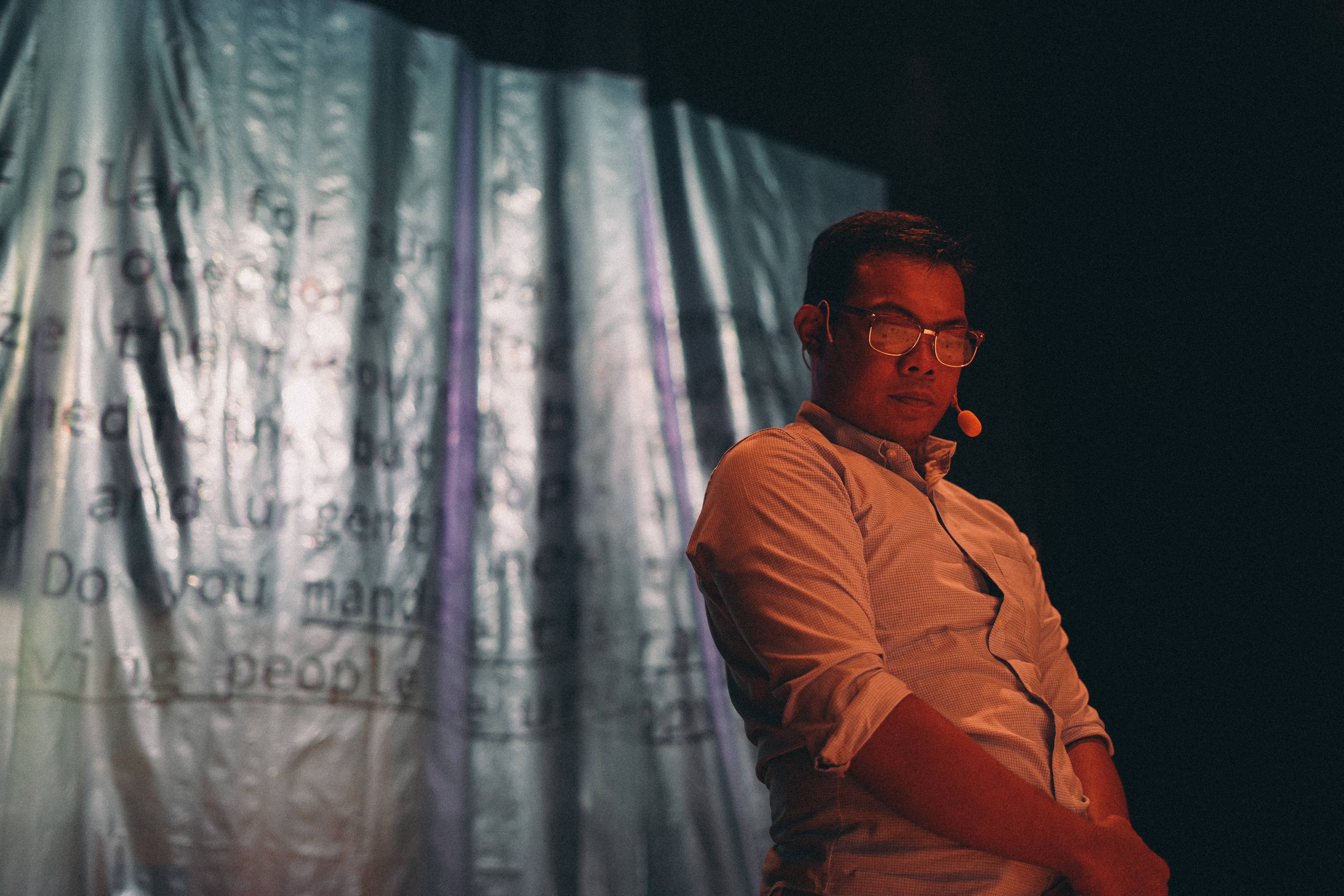 Over the course of the game, we slowly got used to the mechanics and familiarised ourselves our individual roles. With every obstacle overcome, we were treated to Joe as he narrated the next part of the country’s history. Performer Farez Najid puts his past D&D dungeon master experience to good use, and throughout the game, captures the theatrical storytelling element well as he acts out each scene, supported by animation projected behind him that accentuates and brings out the story. We found ourselves increasingly invested in the going-ons of the tiny country, whether we were dividing and conquering, or simply strategising to figure out our next move. 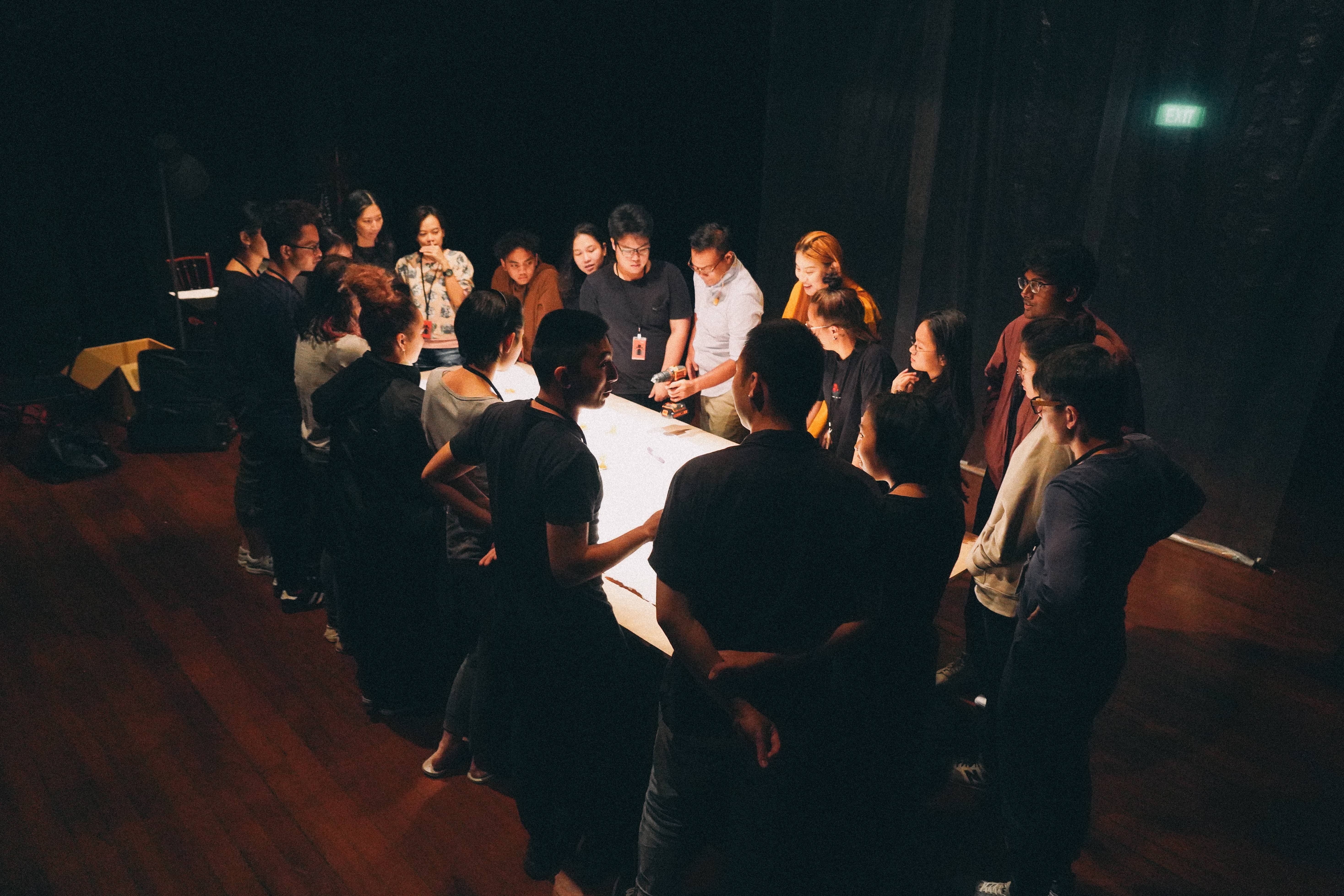 With the sheer number of possibilities that A Tiny Country could feature, it’s impressive how the team manages to effectively evoke each sequence of events as they happen, showing how much playtesting and rehearsals have gone into refining the gameplay and presentation. There’s still plenty of room for improvement, with scenarios that are simple and straightforward enough to keep the game interesting, but are in want of something more to push at the boundaries and stretch our gameplay experience with more complex topics up for debate. At the same time, we found ourselves engaged in conversation and discussion amongst ourselves thanks to both the prompts and story, and had fun while learning from each other’s views along the way. 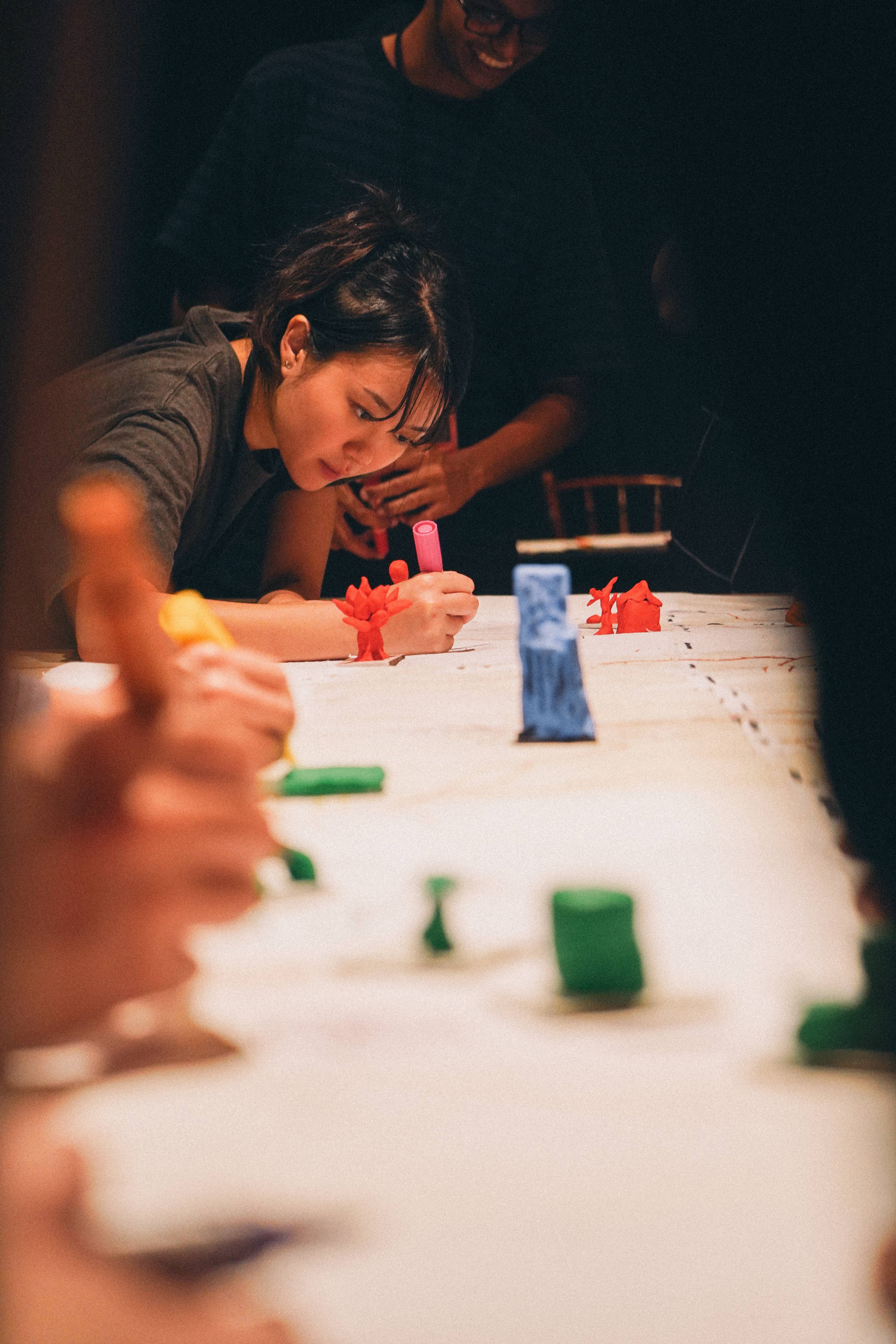 For what it is, A Tiny Country is a well-executed example of the participatory theatre experience, and it was obvious that all the players had their game face on, while the facilitators were always kept on their toes to react to all that happened during the game. It’s a simple, concise story that people enjoyed being a part of, and part of that joy lies in how there is room for error and mistakes, keeping an element of risk and an uncertainty as to how to ‘win’ (if that’s even possible). Like with any game, the more one plays it, the better one gets at it, and we hope that there’ll be more chances to play again in future. 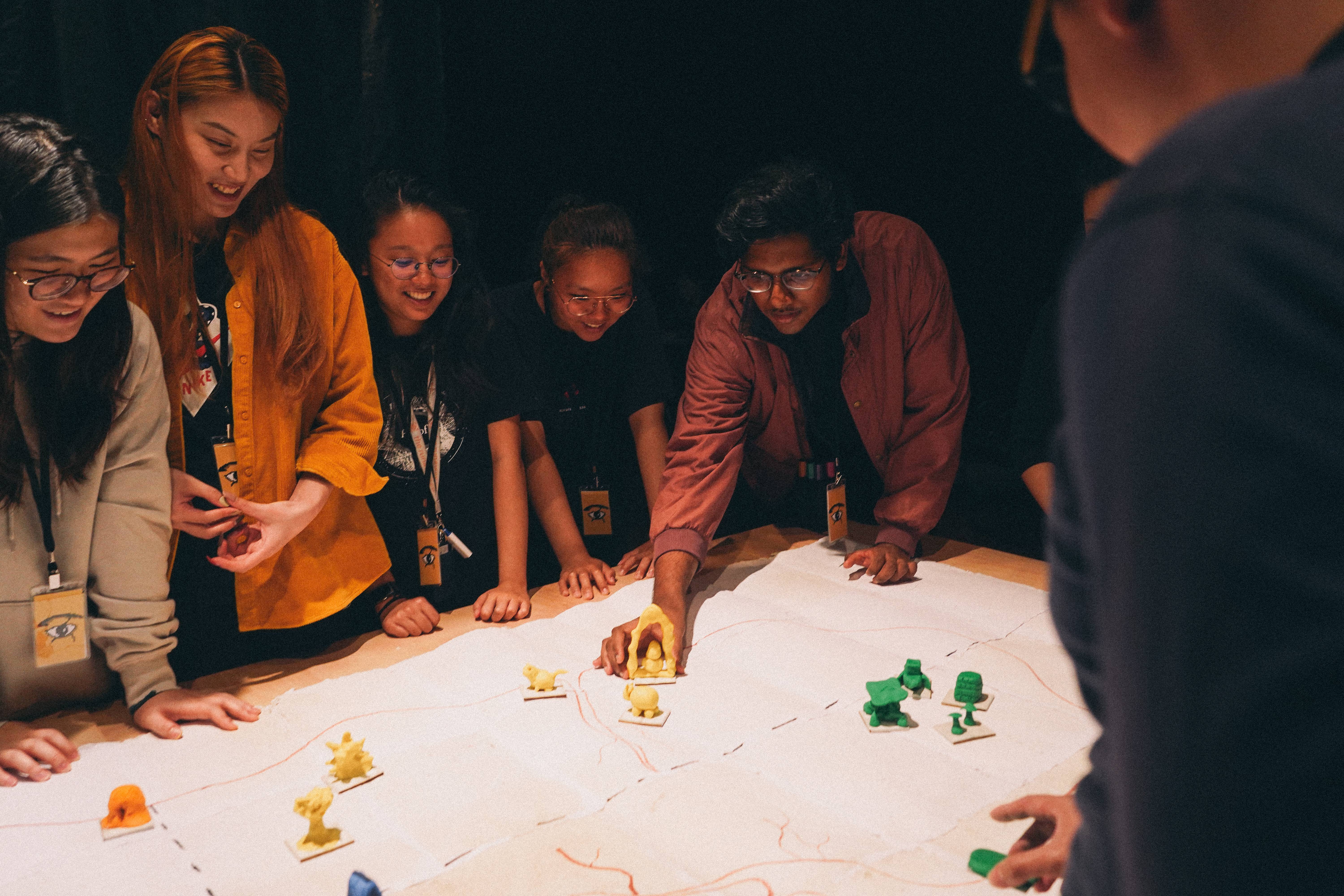 As a game, A Tiny Country is ultimately a medium for the story within, and as far as it goes as an attempt, it’s succeeded in bringing this story to life, evoking our imaginations, and making us more aware of the going ons and implications of actions whose effects ripple through a ‘tiny country’. We are made aware that this is something that can happen anywhere, sparking conversation with each other, and beyond gaining fresh perspective from our fellow group members, above all, we had fun.

A Tiny Country plays from 8th to 12th January 2020 at Centre 42 as part of the 2020 M1 Singapore Fringe Festival. Tickets are SOLD OUT