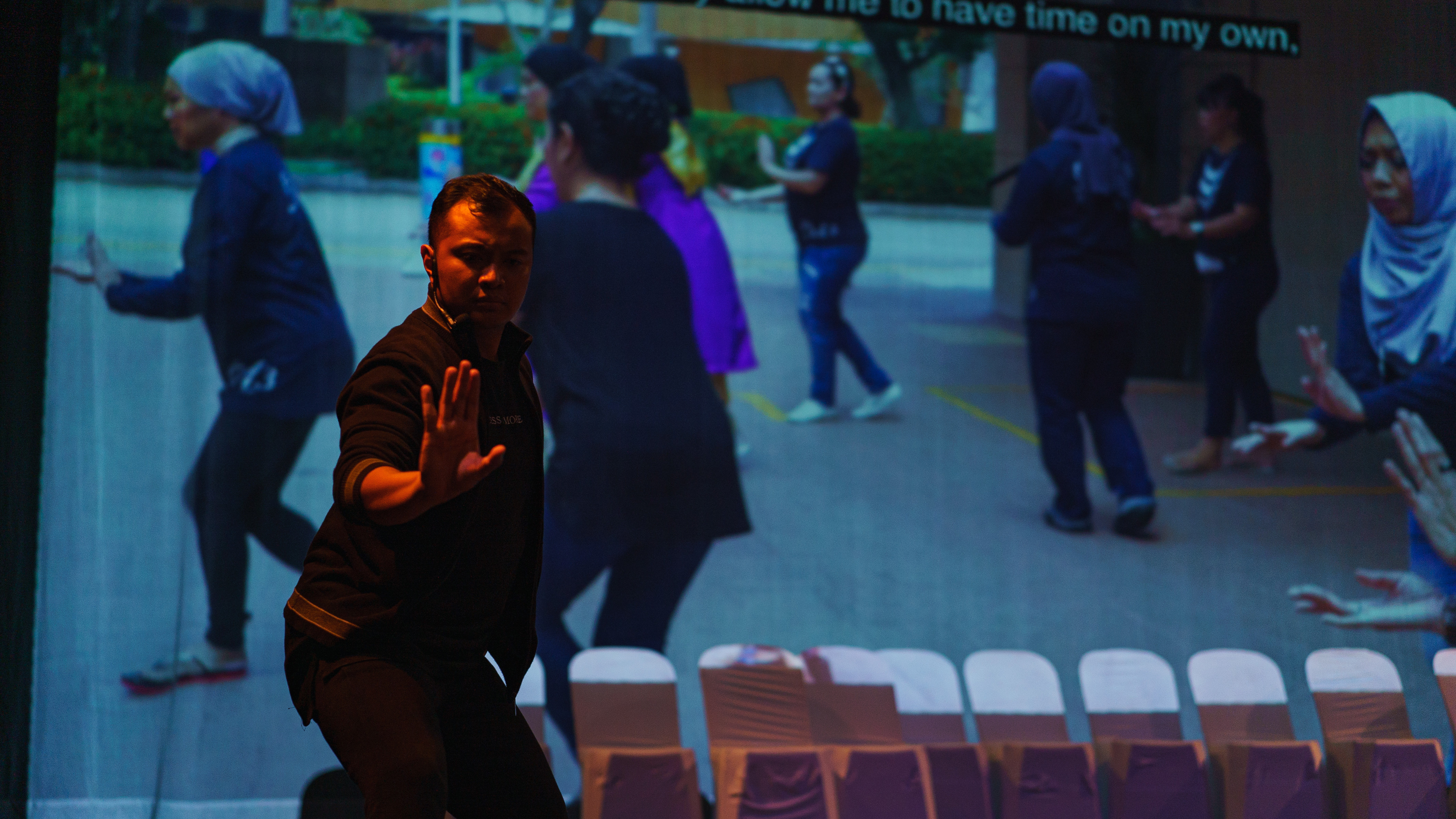 ★★★★☆ (Performance attended 17/1/20)
Poignant docu-drama about sisterhood over a lifelong passion for Malay dance.

In the performing arts world, dancers are notorious for having a short career span, with many retiring before hitting middle-age. But for one group of dance enthusiasts, age is no barrier to their passion, as the makciks of Mak-Mak Menari continue to meet, rehearse, and perform together to this day. 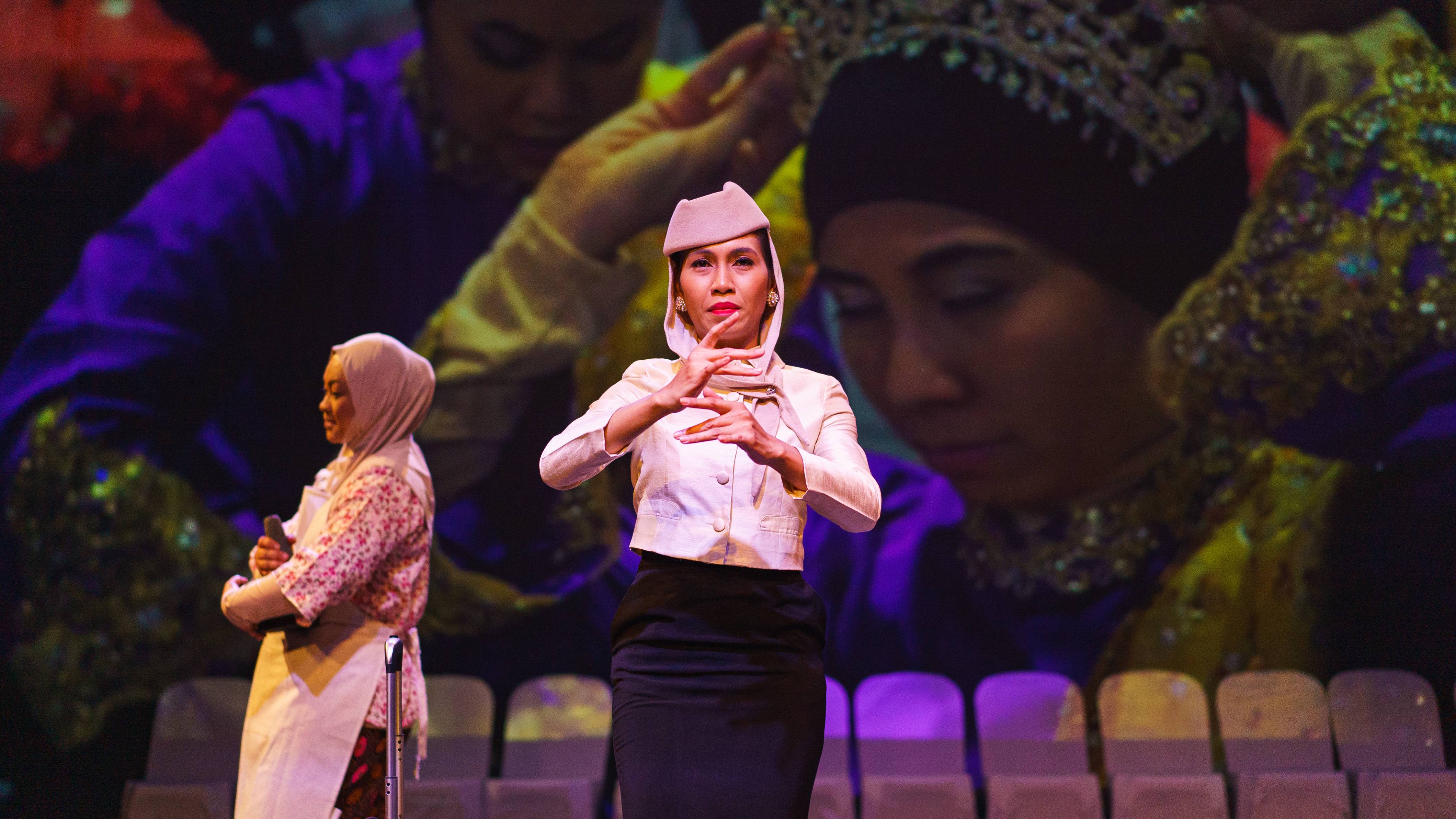 Make no mistake, the members of Mak-Mak Menari are by no means amateurs. Each one has been formally trained in Malay Dance, some even once belonging to professional troupes in their heyday, from the People’s Association to the Singapore National Dance Company. As sisters in dance sticking together and defying the common belief that Malay women of a certain age should stop dancing, the Mak-Mak Menari become prime subject matter for Bhumi Collective’s new docu-drama, also titled Mak-Mak Menari. 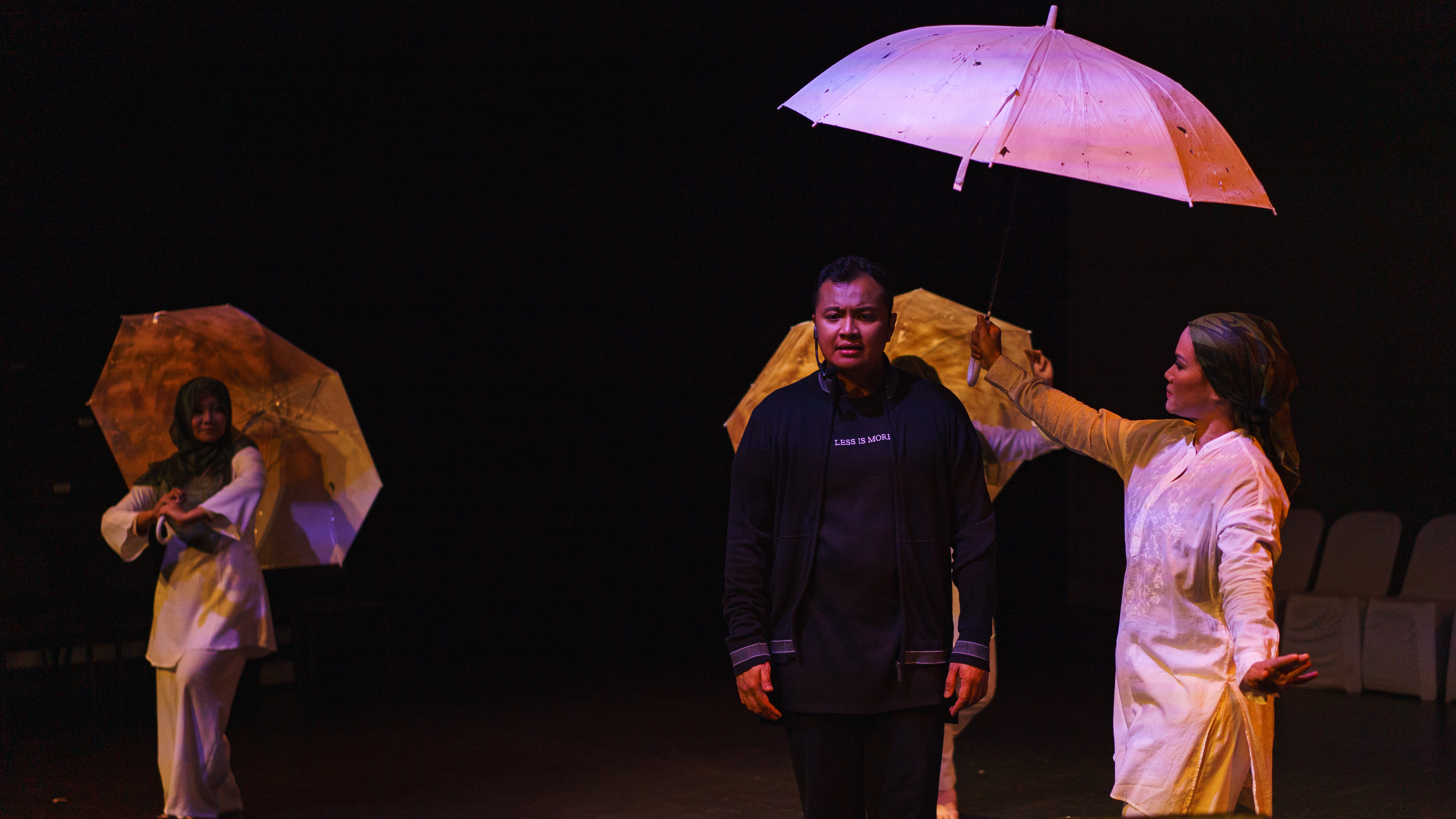 Produced by Soultari Amin Farid and Grace Lee-Khoo, the production provides glimpses into the lives of each ‘mak-mak’ via a combination of recorded audio, video, and live performance. The show opens as each member takes her seat in a row onstage, all of them donning identical scarves and dressing to identify them as a group. At the front of the stage lies a lone chair, with a scarf ominously draped over it, similar to the ones the rest of the women are wearing. Acting as a facilitator for the entire performance, Amin arrives onstage and recounts the sudden, untimely death of one member just a year ago, and the women begin to mourn through dance. They weep, their bodies weighed down by grief, and cry over their lost sister, bonded by dance but now severed by death. 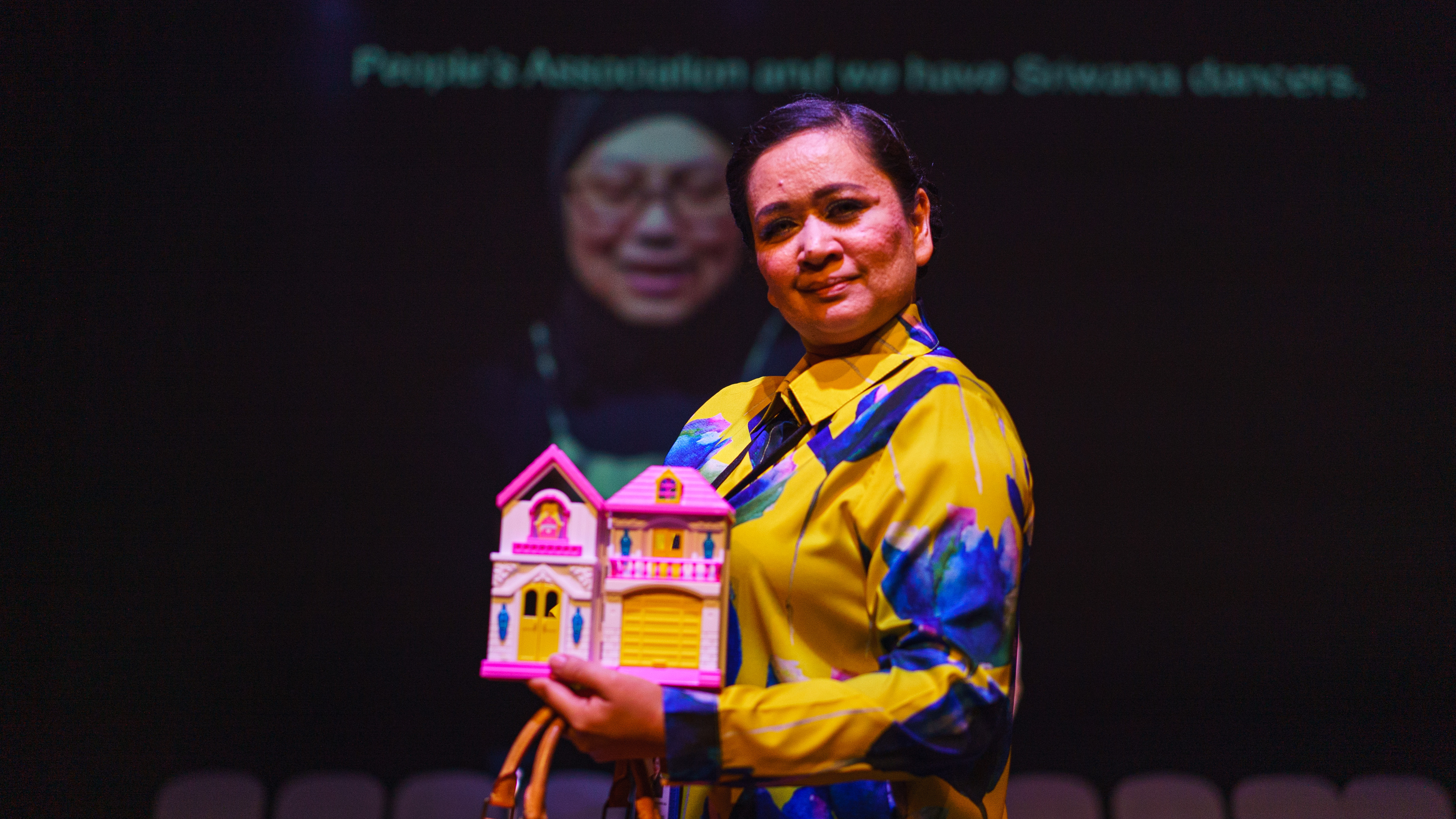 It is from this tragedy that Amin, as a longtime ‘little brother’ to the mak-maks, decides to document their lives through this performance, giving them something to look back on before the end of their dance careers. Over the course of the performance, we are introduced to these women in turn, learning of their roles not just as dance enthusiasts, but of their responsibilities as mothers, breadwinners and daughters. Not only is this presented via video interviews with each member, but also inspired choreography. In one scene for example, the women enter with items such as a small luggage bag or a toy house, performing traditional Malay dance with them to represent their occupations outside of the group. 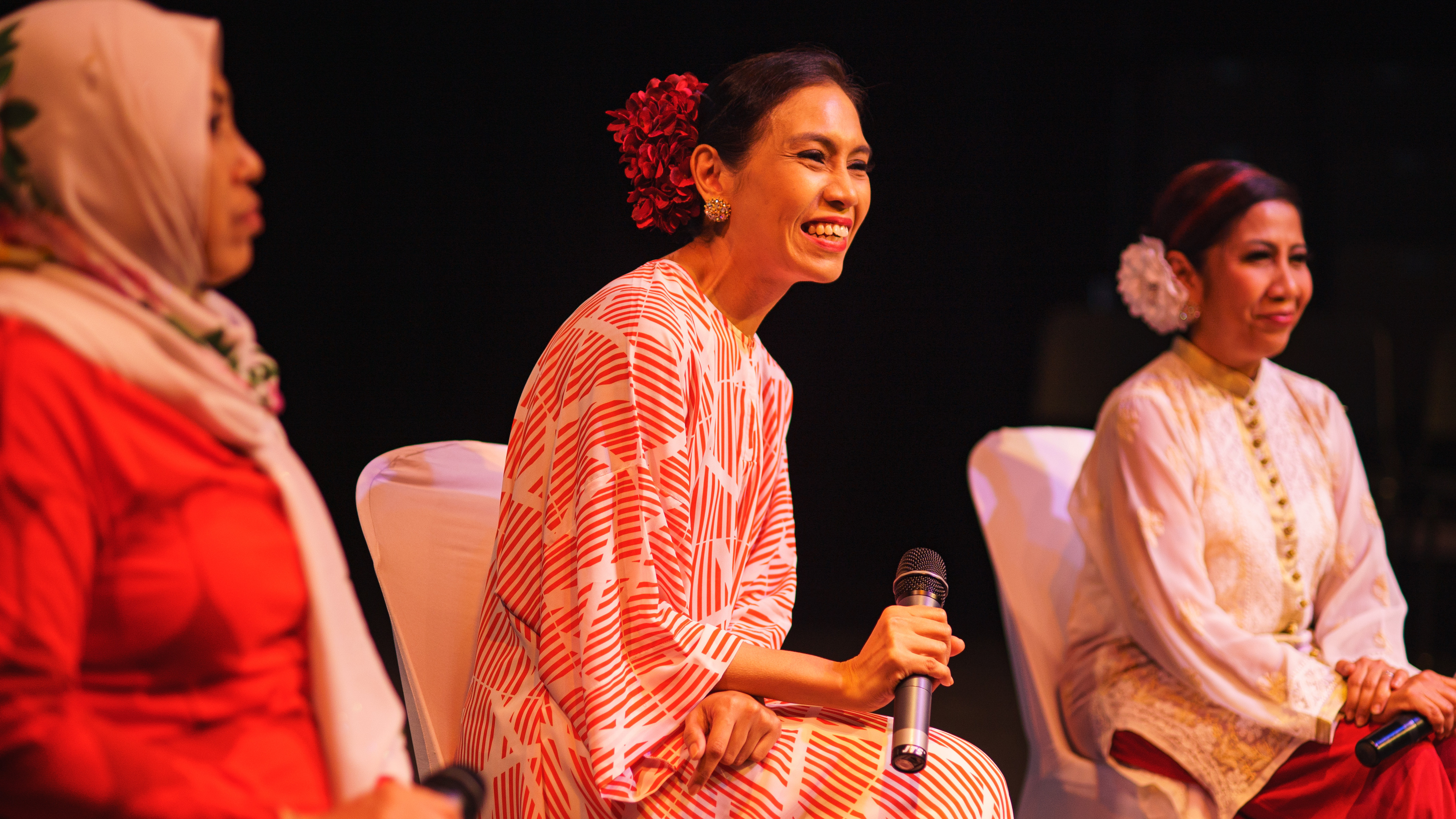 While ostensibly simple in its presentation, the power of the performance lies precisely in how there are plenty of hidden truths it reveals about our country and our people in each sincere account from the mak-maks. Their stories are unflinchingly honest, telling of the struggle they face simply in juggling their passion and their home life. One member even shares how guilty she feels that she comes home from rehearsals so late, her children are already asleep. They speak of the societal taboo that comes with still dancing so late into their lives, and how dance is even perceived by some members of the Malay community as unnecessarily sexual. This even leads to them having to explain and justify themselves just to pursue such a seemingly innocent hobby. 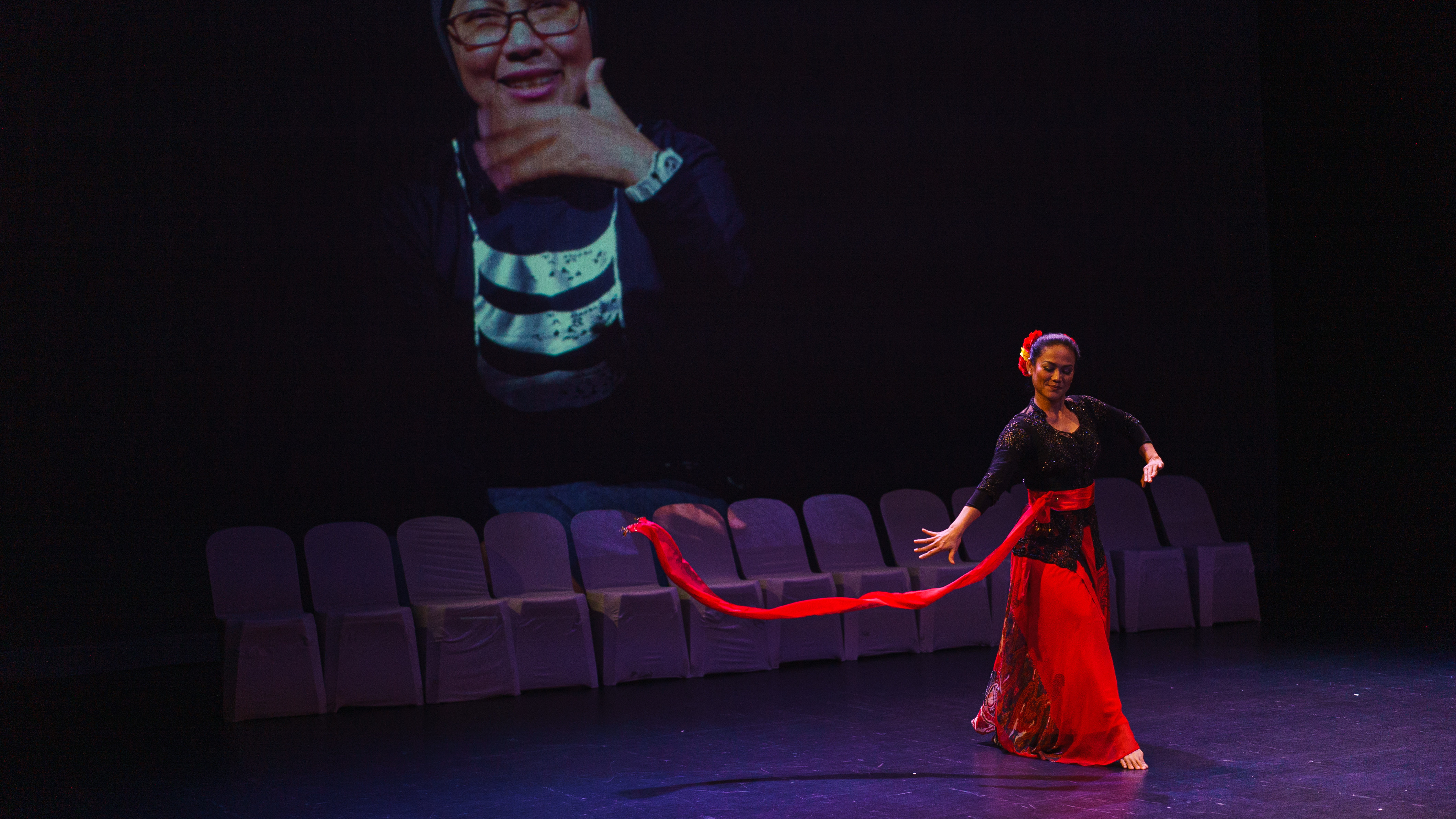 There is a light in their eyes as they speak about their children taking an interest in Malay dance or family supporting them in little ways, or get choked up in remembering the backlash they face from those they thought were closest to them. Even in terms of physicality, while their bodies may not be ‘ideal’ for Malay dance, Bhumi Collective has found ways to bring out the innate beauty of each performer and play to their strengths. In one scene, the oldest member of the group makes an appearance as she performs simple but committed hand movements that hint at a far richer dance vocabulary she may have possessed in her youth. 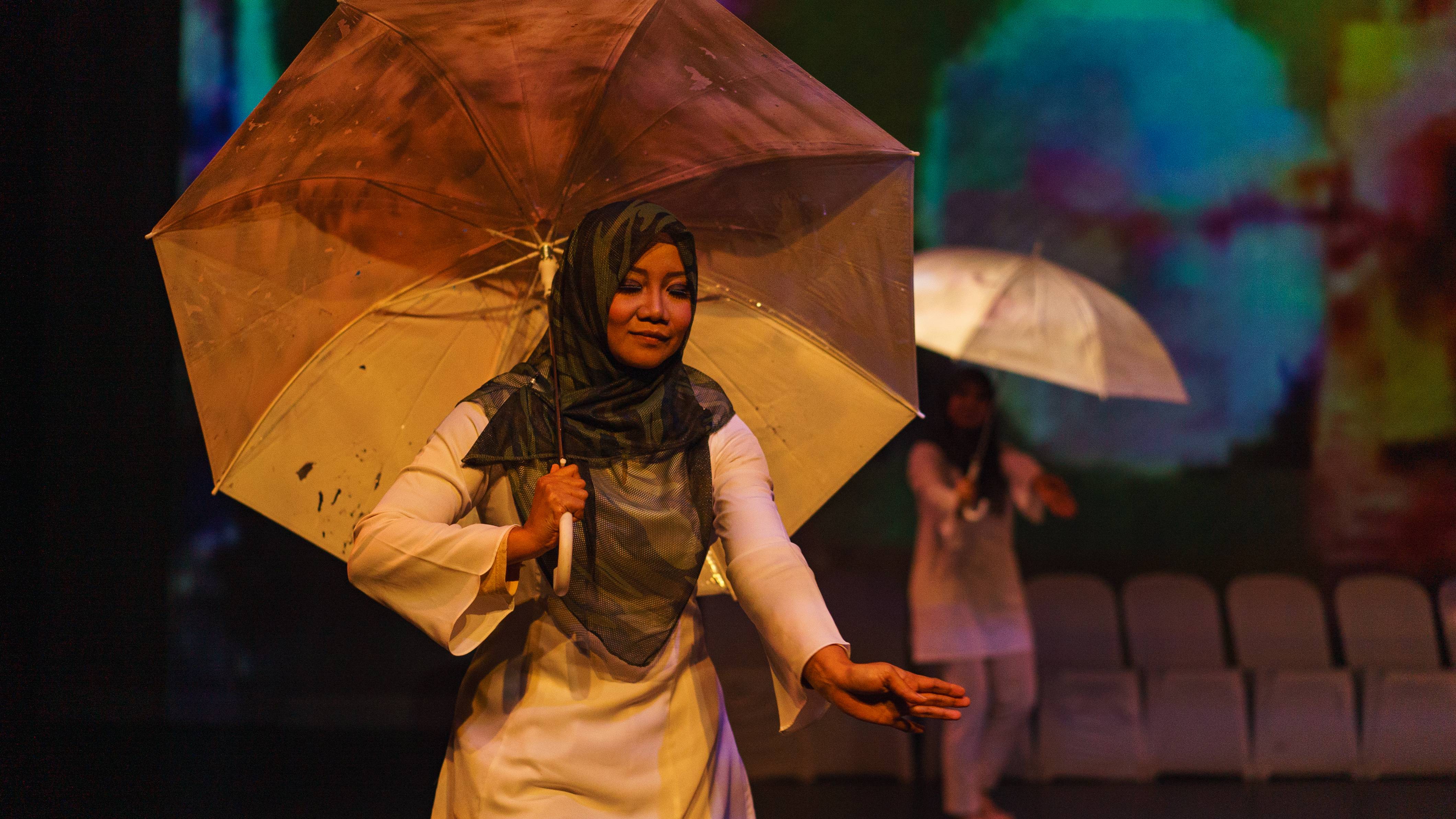 One thing that stood out from the performance however, is Amin’s continued physical presence throughout. There are times his appearances detract and distract from the mak-maks’ stories. We appreciate scenes he acts as a guide for them, such as when he interviews three of the mak-maks, allowing them to feel comfortable enough to share how they began learning Malay dance and now, pass on the art form to the next generation. But there are also moments his presence seems extraneous rather than simply letting mak-maks shine, such as when he himself performs or talks about his choreography for the mak-maks. One cannot shake the feeling that this echoes the inherently patriarchal nature of Malay dance, where women must listen to a male ‘guru’ and not take charge themselves. 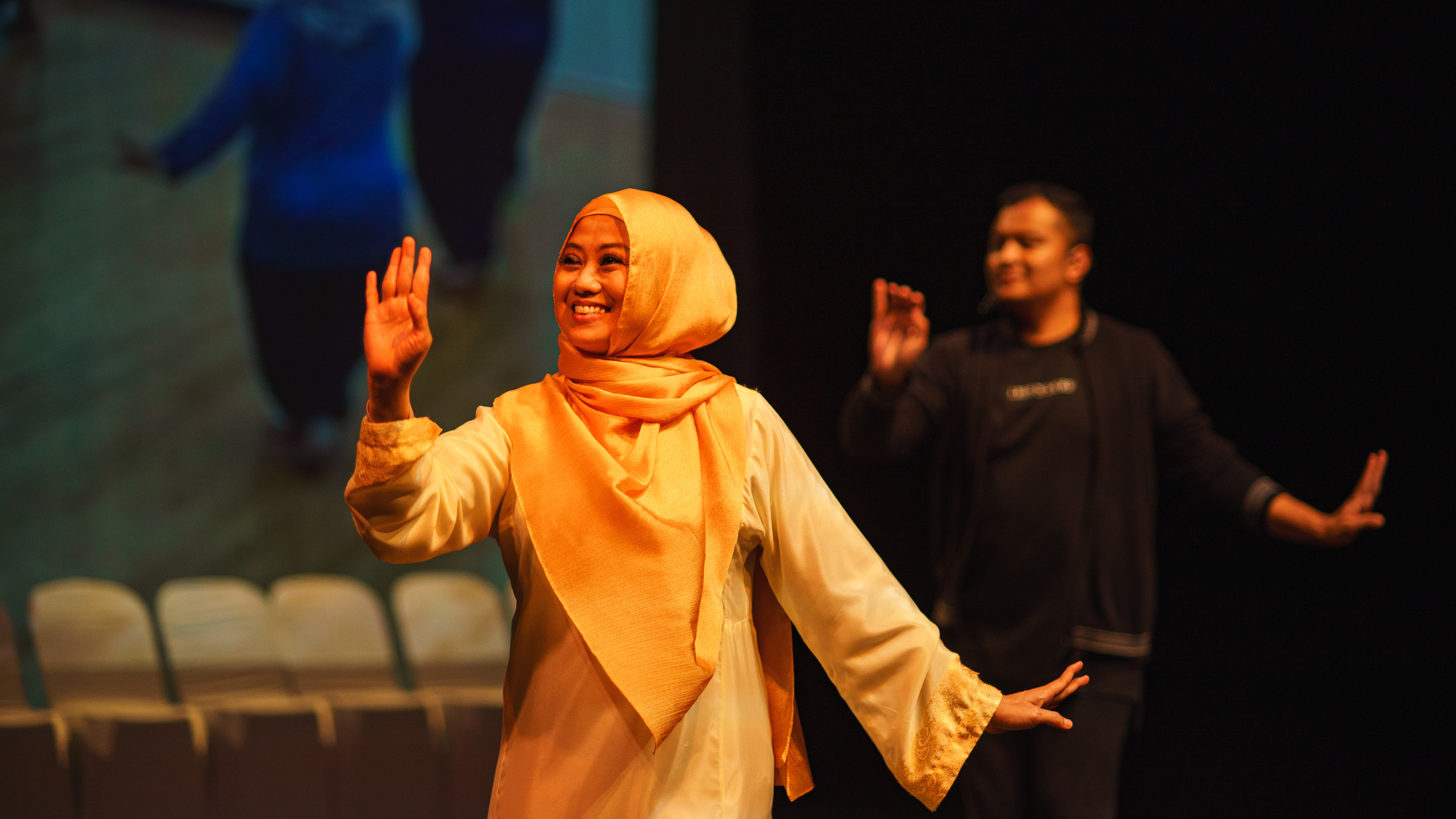 Still, it is honestly impressive how much ground is covered and equal time is given to each member of the group over the performance’s short timespan, and how being in Mak-Mak Menari has imbued inner strength in each of them. In its final scenes, the mak-maks come together to recite a number of mantras, focusing on their significance as extraordinary women in their own right, before performing a beautiful group number as one Mak-Mak Menari. By virtue of the group’s continued existence, they are subtly, unwittingly making a stand that tells the world they deserve to be seen and to pursue their passions, regardless of anything life has thrown at them, and will do so, for as long as their bodies allow them to.

Mak-Mak Menari played from 17th to 19th January 2020 at the NAFA Studio Theatre as part of the 2020 M1 Singapore Fringe Festival.