When a new principal joins a school, she establishes her power with a host of new rules and an authoritarian leadership, forcing everyone to go strictly by the book. In contrast, her vice-principal stands as an advocate for compassion. As gossip swirls about the brewing tension between the two top dogs, a campus crisis is set to erupt as students and parents add to the chaos. Will the principal stand by her principle?

Presented by Hong Kong Repertory Theatre as part of the Esplanade’s 2020 Huayi – Chinese Festival of the Arts, Principle is set to be a thought-provoking production about how opposing views can escalate into a full blown conflict. Nominated for Best Script at The Hong Kong Theatre Libre in 2018 and named an Outstanding Production of the Year at the 28th Hong Kong Drama Awards, we spoke to playwright Kwok Wing Hong and HKRep Artistic Director Anthony Chan on what audience members can expect from this explosive performance, in its overseas premiere this month: 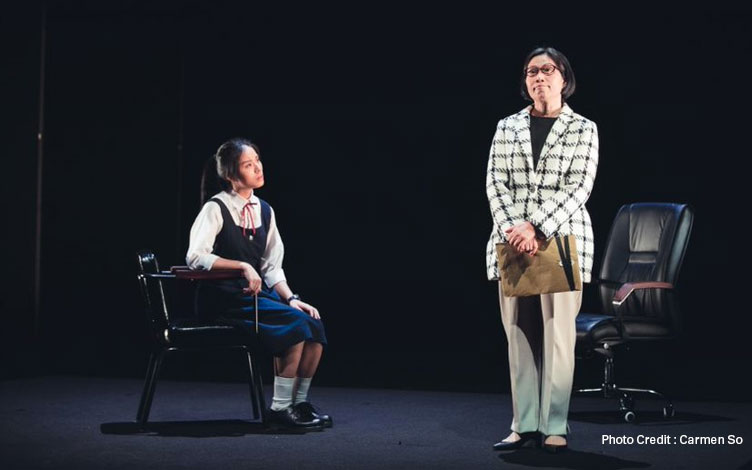 Bakchormeeboy: When and how was Principle first conceived?

Wing Hong: It was inspired by events that took place in my secondary school when the new principal established some new school rules. In the meantime, the vice-principal, who had already served in the college for almost thirty years, would be transferred to a sister school. The students believed that the vigorous approach by the new principal violated the traditional values of the school. As a result, a campus crisis was set to explode.

Bakchormeeboy: Education is at the cornerstone of most Asian cultures, and teachers and principals held to a very high standard of morality. Should those at the top management be expected to be paragons of virtue? Or are they allowed to be just as flawed as other humans?

Wing Hong: It is hard to tell, human beings are extremely complex. To be honest, “Paragons of virtue” is unrealistic. However, I believe in this quote: “Education is a tree shakes another tree, a cloud drives another cloud, a soul awakens another soul”. For me, the core of education is to “think”, to “reflect” and to “tolerate”. Teaching and learning is a bi-directional interaction, even for the teachers and the principals, they are also reflecting themselves through the process of education. “Education” is not only a vocabulary that take place in the schools, but also in the society. 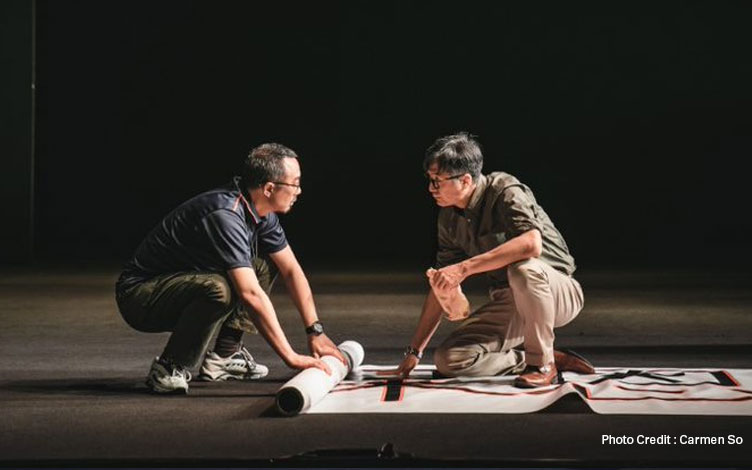 Bakchormeeboy: Principle depicts a struggle between the Principal and Vice Principal due to very different management philosophies. Should the audience be inclined to follow one of the two? Or does the play leave it mostly ambiguous who is ‘right’?

Wing Hong: The core of this play is to reflect. It is hard to judge “Right” and “Wrong”. I hope audiences could take their own side during the speculation.

Bakchormeeboy: How can two people with fundamentally clashing ideals eventually come to a compromise? Are all ideological clashes bound to result in anger and destruction, or is there a possibility of agreeing to disagree?

Wing Hong: There is no answer. It depends on different situations as well as the personalities, backgrounds and positions of the people. Human beings are so complicated. However, I believe that education could lead to better communication. 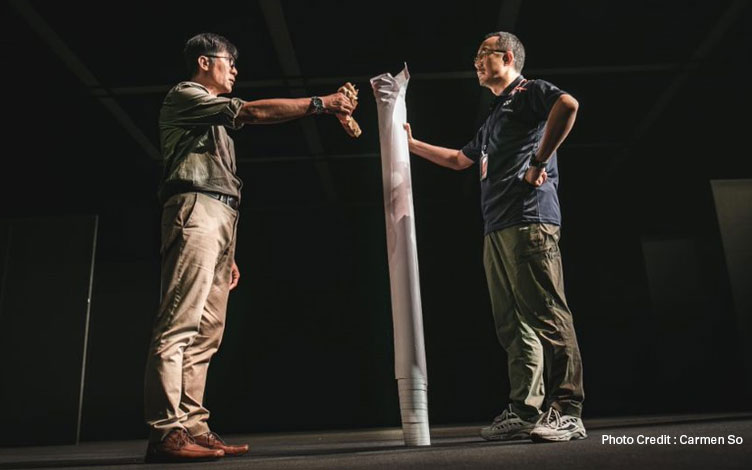 Bakchormeeboy: How do you hope Singaporeans respond to Principle, and what they should take away from it?

Wing Hong: I hope they could enjoy the process of speculation during the performance. Most importantly, they would come to Hong Kong and watch it again in the coming September.

Anthony Chan: We do hope for a promising future for Hong Kong Repertory Theatre. There have been many international invitations in recent years, including China, Korea, Japan, Singapore and Australia, and we do hope to bring more of our works to different parts of the world.

We are currently living in a tense situation and I will be planning for productions with black humour in the coming 2020/21 season. Hopefully our audiences will be able to find some breathing space in the theatre as well as topics worthy of pondering through laughter and scolding.

Our company has always been supportive of original creations, especially from the younger generation, as well as outstanding translated scripts. We will continue to nurture local productions and talents. I personally believe that every show has its own audience and we will continue to place emphasis on the quality of artistic direction and production in order to garner support from the audiences.

Principle plays from 31st January to 2nd February 2020 at the Esplanade Theatre Studio as part of Huayi Festival 2020. Tickets are sold out, more tickets may be released here

0 comments on “Huayi 2020: An Interview with Kwok Wing Hong, Playwright of HKRep’s Principle, and Anthony Chan, Artistic Director of HKRep”