The last time we spoke to Charlie Lim 2 years ago, he had just released his sophomore album CHECK-HOOK. Since then, not only has his career steadily continued to go on the rise, he’s even gotten married, released several remixes of the tracks on the album, and worked on several collaborations. The latest of these collaborations sees him working alongside local songbird Lingying, with their brand new single ‘Hummingbird’.

In light of the ongoing COVID-19 situation, Charlie’s just made the difficult decision to return home to Singapore from the UK, and is currently dealing with the fallout, with cancelled gigs, meetings and plans falling through. “I really enjoyed whatever time I had being there, but I was barely scratching the surface,” says Charlie. “I hope to go back again soon, but for now I’m thankful that my wife and I are home.”

Because he’s just flown back from the UK, Charlie has taken the initiative to self-quarantine during this period to keep his family and friends safe, staying at home and choosing not to go out, understanding that as much as he does want to be outside, it’s the socially responsible thing to do to stay in. “It’s not easy to adjust to all these new changes that’ve affected the way we work and communicate with each other,” he continues. “But it’s really all a matter of adapting, and if anything, hopefully by keeping my work environment at home, will help me be even more focused.” 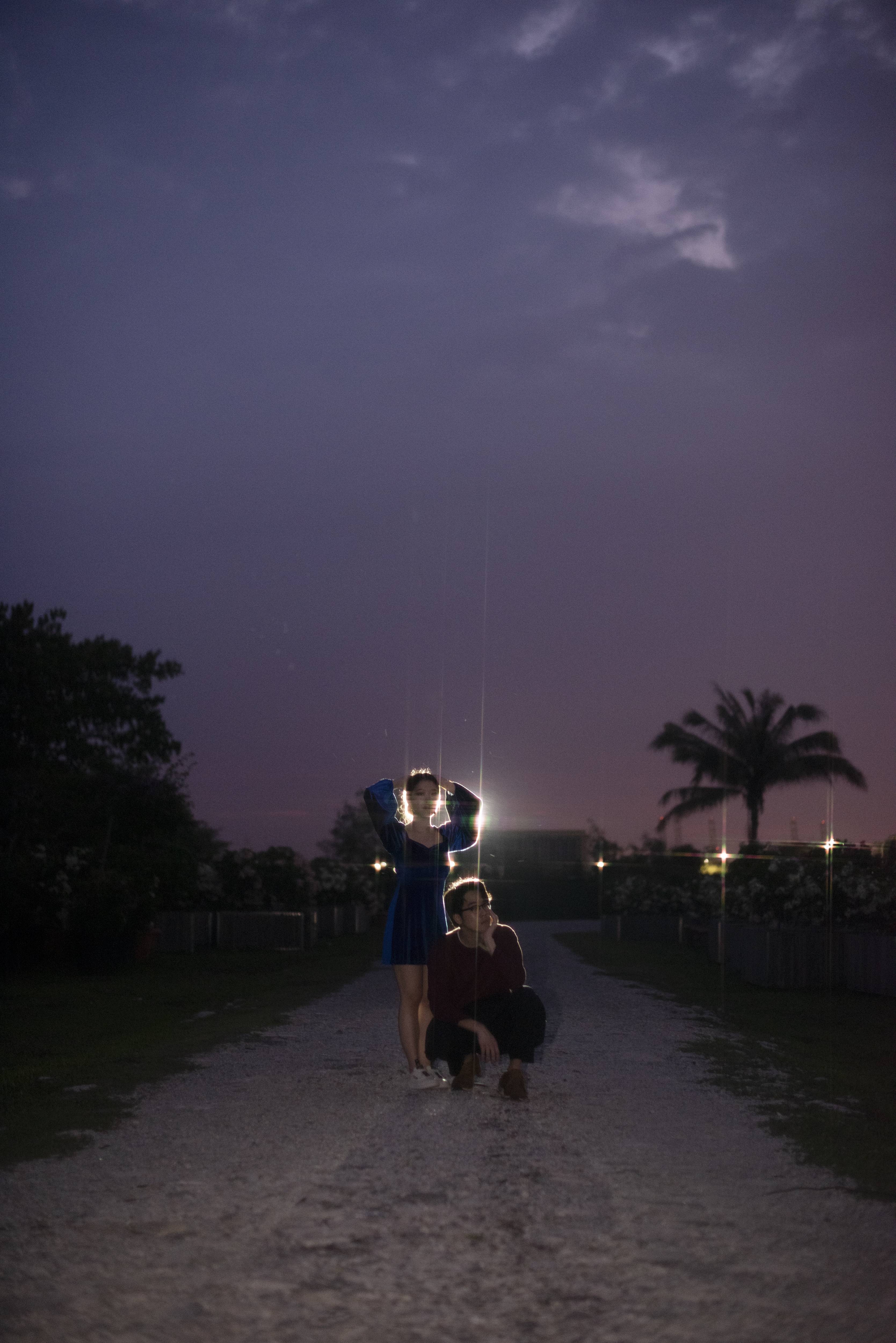 While live gigs may have been cancelled for now, Charlie thinks that there’s an opportunity here to explore live videos instead, something he’s previously done by uploading clips of his 2018 concert at the Star Theatre to YouTube and Spotify. “It’s not something everyone does, but I do think it all acts as a nice documentation and representation of what we as musicians do best,” Charlie says. “You definitely won’t be seeing many live concerts or gigs happening for some time, so maybe I’ll be looking more at how to use digital platforms to showcase the live experience as best as possible, and do more of that this year.” 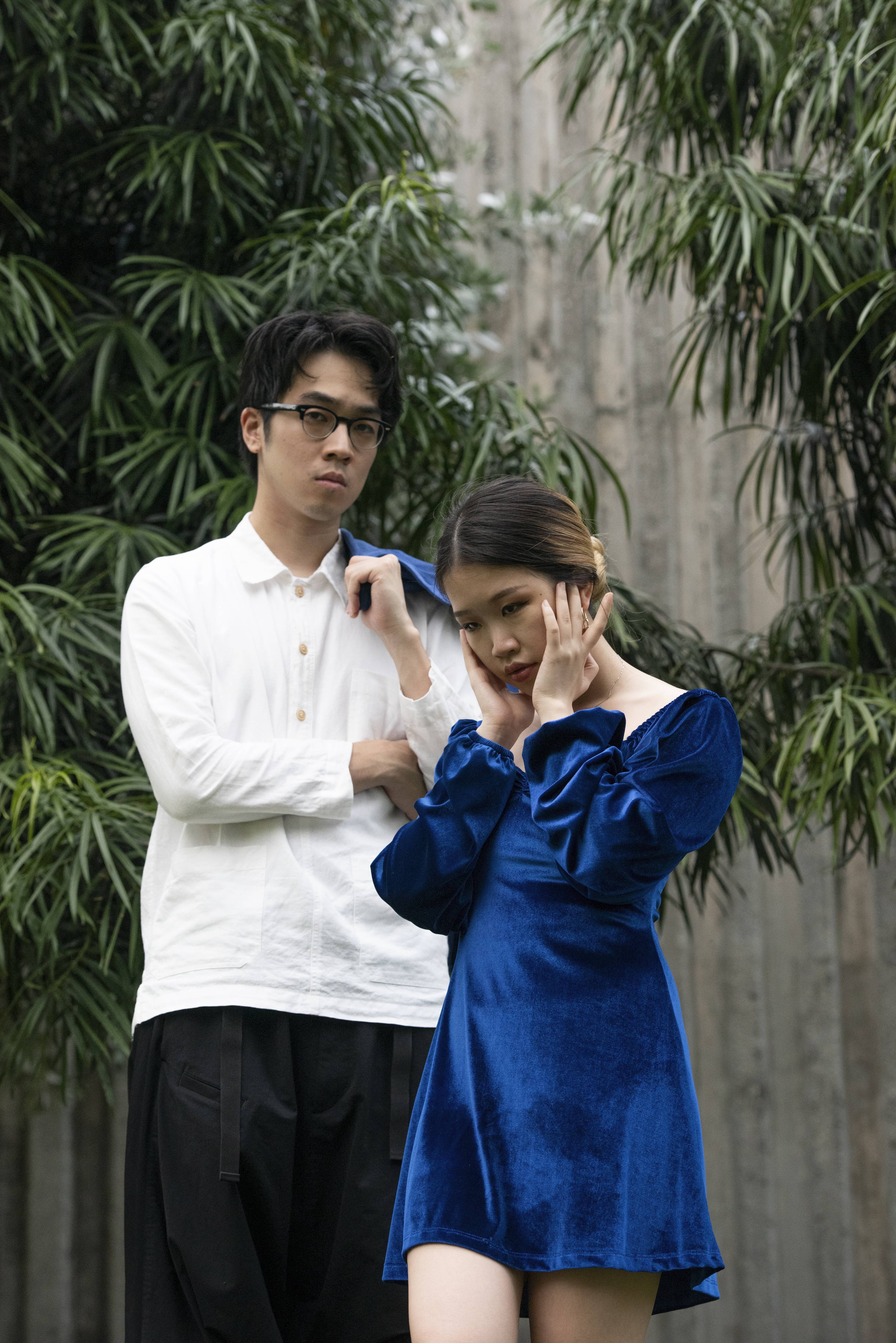 Going back to ‘Hummingbird’ itself, the song feels similar, but different from the tracks on CHECK-HOOK. Still maintaining the same flowy, electronic beats, hearing Linying’s evocative vocals join Charlie’s soulful ones create an ethereal effect, dreamy and urgent with its message.

“Sound-wise, ‘Hummingbird’ is very much in the same vein as CHECK-HOOK, which took its influences from more obscure electronic dance music genres,” says Charlie. “It was in the midst of being written during that period, but I couldn’t get it across the finish line. It just didn’t seem to fit as part of that record.” 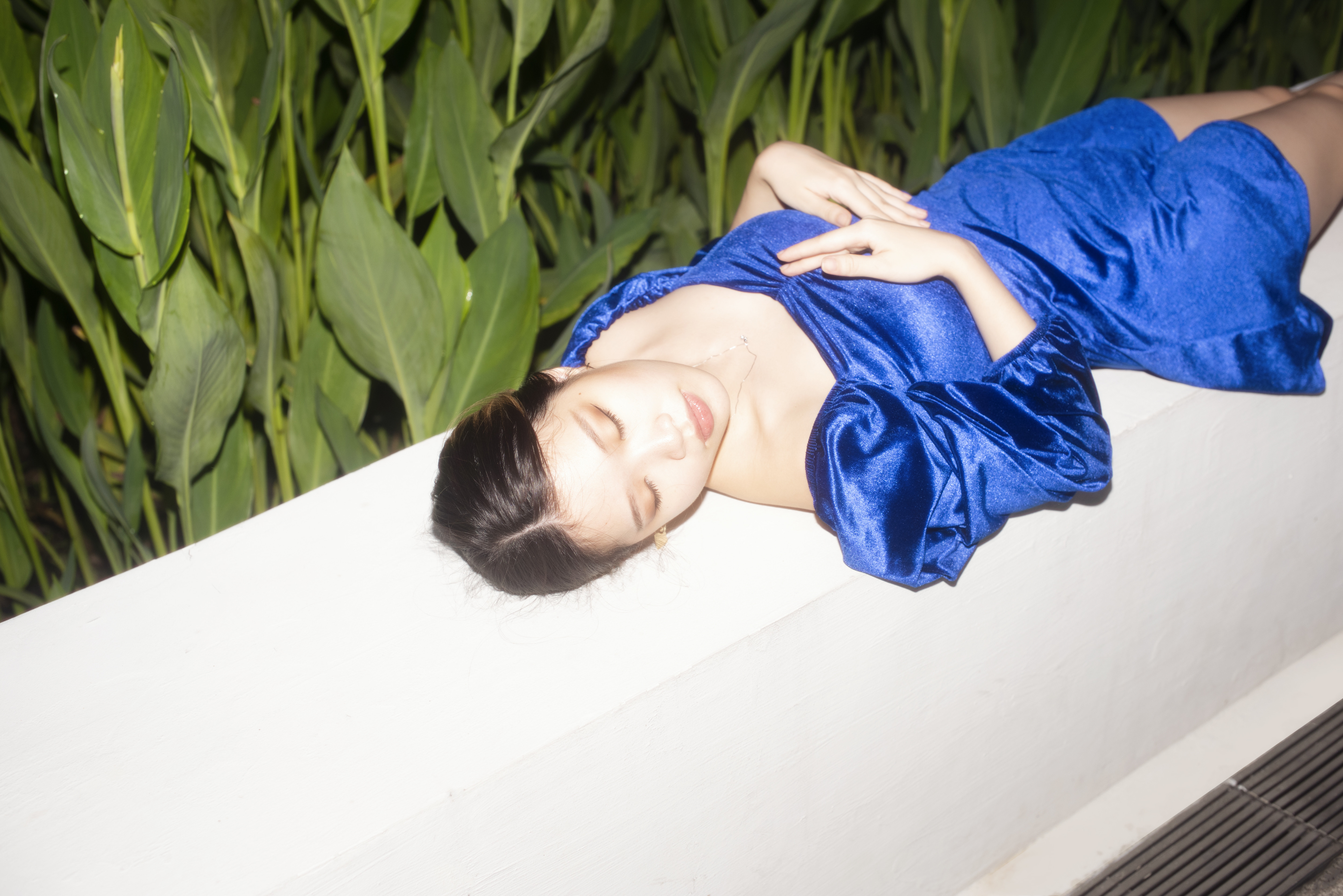 After the release of CHECK-HOOK, Charlie eventually decided to revisit the track, no longer as a solo songwriter, but as a collaboration. “I have a lot of respect for Linying as an artist and songwriter, and we had always wanted to properly co-write a song together,” says Charlie. “I came to her at the time where my parts as well as the song’s arrangement were already fleshed out, and just let her fill in the blanks. The brief I gave her was pretty silly; it was basically just me asking her whether she had ever been in a relationship where her partner seems to have it all together and you’re still trying to figure it out, and she was like ‘oh my god’. And I guess our commiseration spurred the writing process.”

“From there, the rest of the song came together pretty effortlessly. She sent some ideas over and we made some edits before jumping into the studio. I got to produce her vocals which was a lot of fun as well. We’re both very proud of the song.” 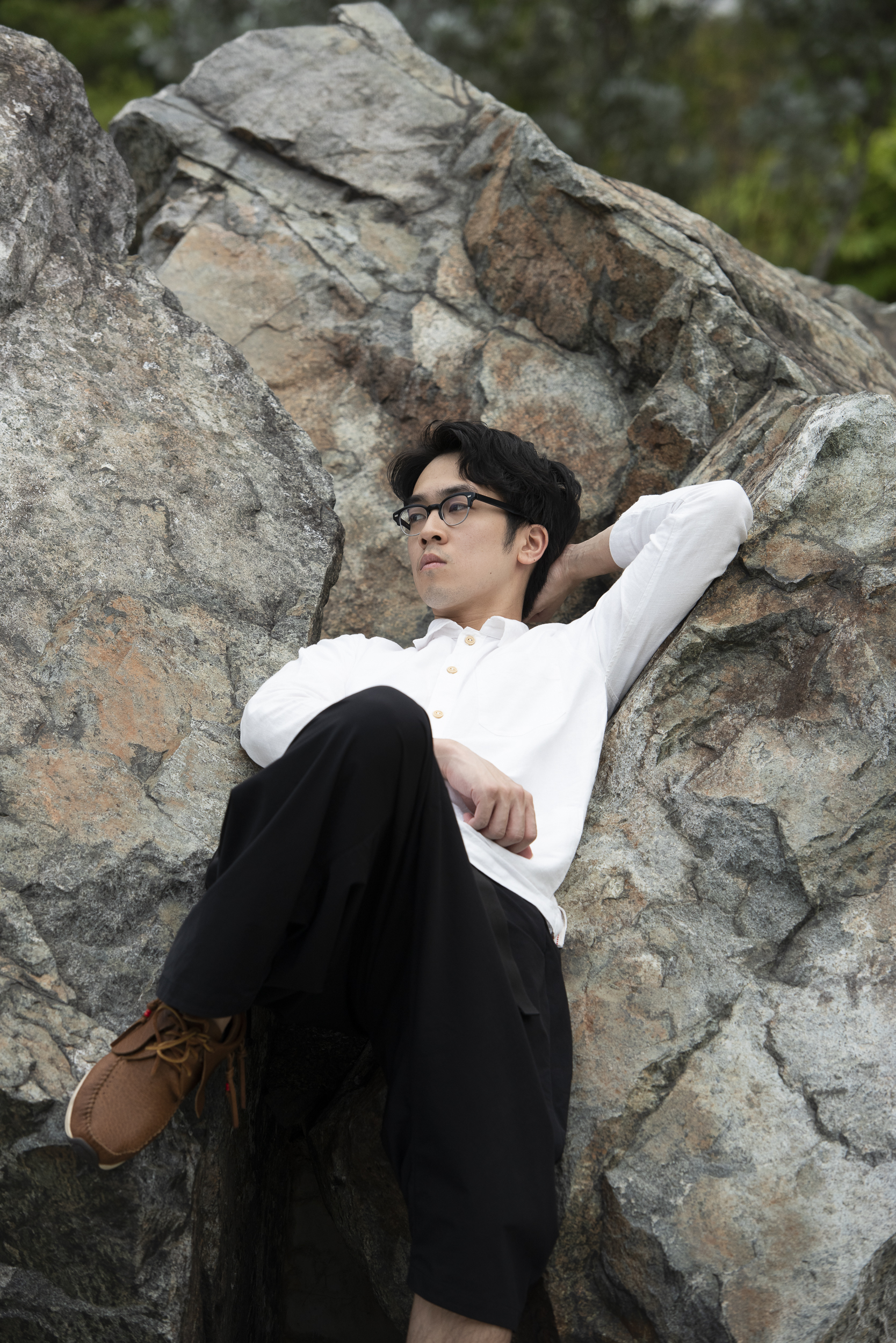 Despite the many changes he’s experienced over the last few years though, Charlie explains how his working life has always been the same. “My wife and I just had our first year anniversary, and while certainly my home life has changed a lot, my process of making music is still very much the same,” he says. “It’s still all about me trying to constantly reinvent myself and my writing, and more importantly, so that I feel like I’m constantly growing as a person.” 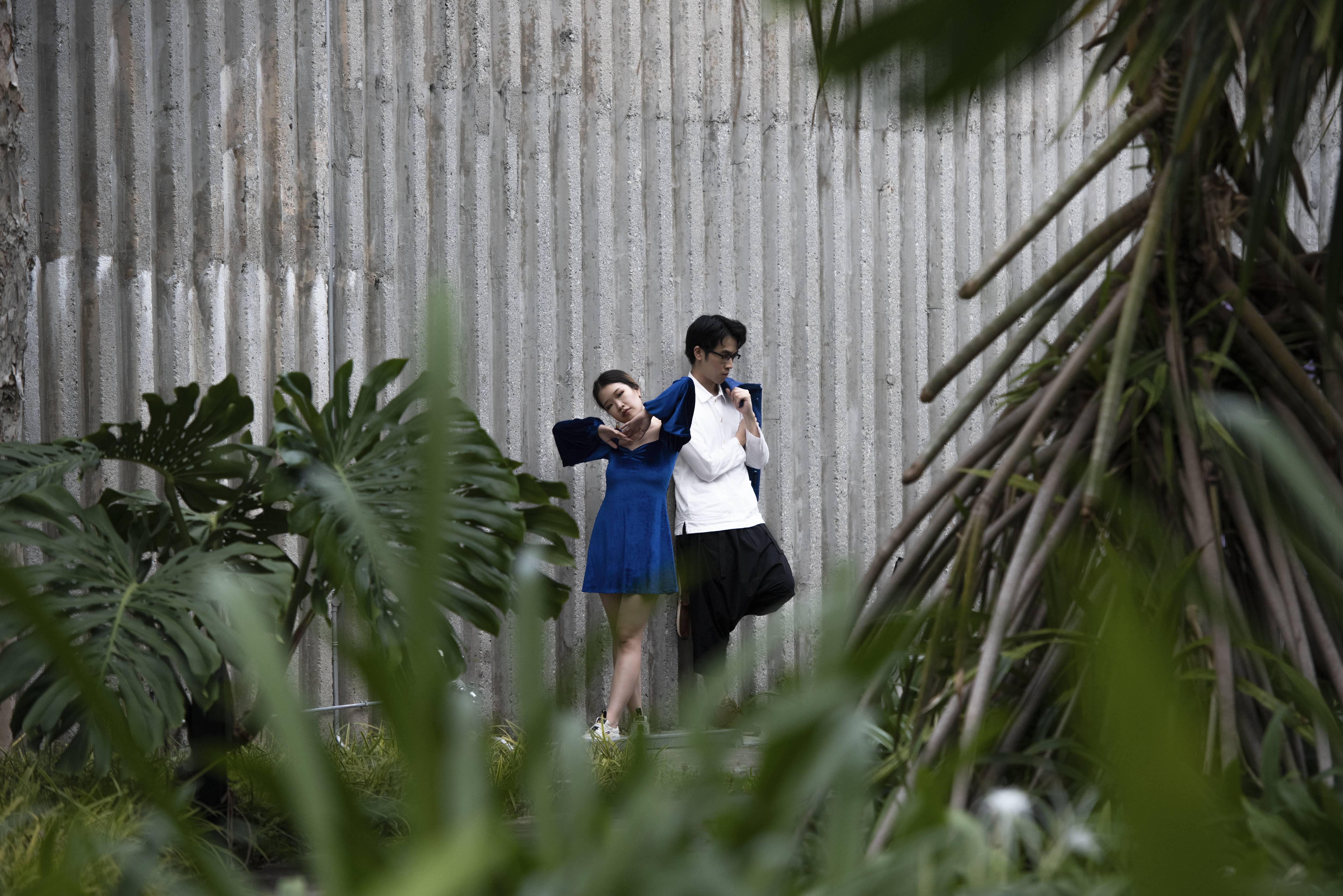 At the back of his mind, the word ‘reinvention’ still echoes, and though he does think that some people may misinterpret him as fickle because of these new directions he’s taking, he believes that those who’ve followed him throughout his career and musical journey will understand, and grow along with him. “Reinvention for me, is a constant process, mostly because I get bored easily when I do one thing too much,” he says. “It’s not like I’m doing it to be ‘controversial’, but it feels disingenuous when I’m doing the same thing over and over, like I’m milking something too much. And whatever happens in my life, it does influence my next record and I really have no idea what’s going to be the next stage from here. I can only hope my listeners support me in what I do, and continue following me on this journey “ 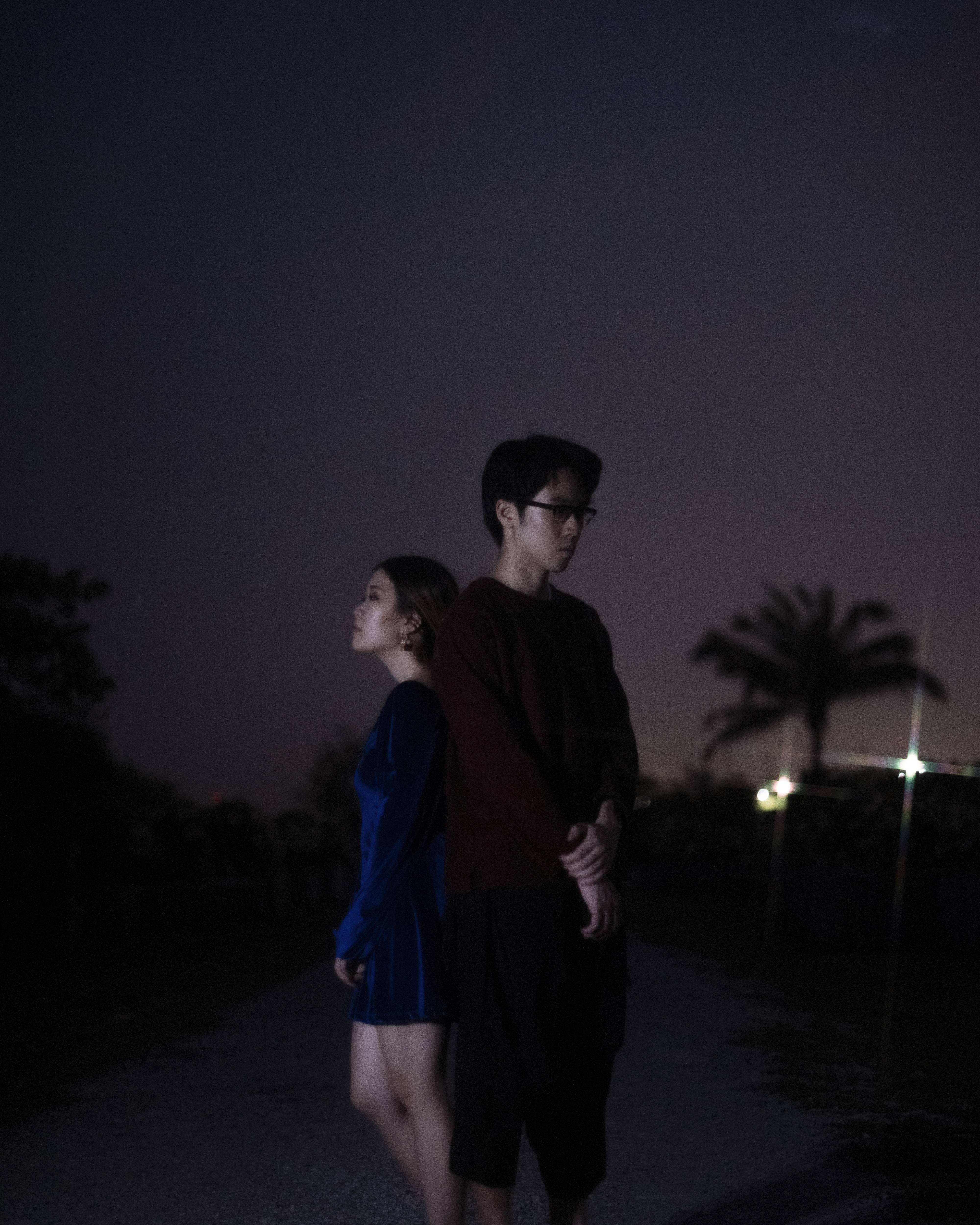 What he does know for now is that he’ll be trying out more collaborations, and continue bringing his sound and voice to new directions in the near future. “Beyond ‘Hummingbird’, I was also curating the remix albums of CHECK-HOOK, which was really fun to put together,” says Charlie. “Collaborating can be very liberating. So much of the time, as a solo songwriter, you’re stuck in your own head, and it’s so refreshing to be able to bounce ideas off another person. It’s definitely something I’d love to explore more this year.” 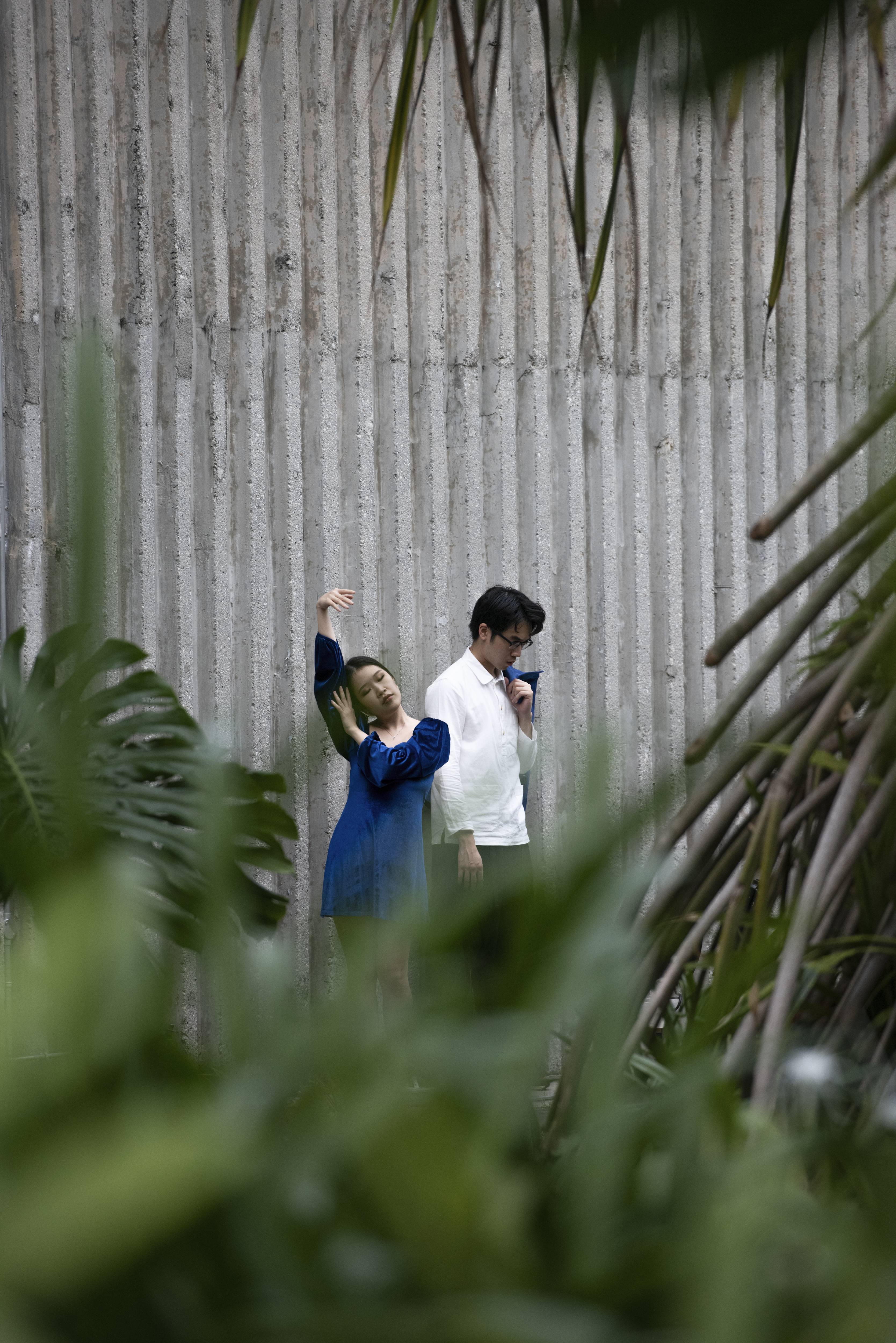 The music industry can be incredibly demanding and draining on an individual, with pressure put on the individual artist not just by record labels looking for results, but also a need to stay true to fans and one’s own artistry. It’s all too easy to fall into the abyss, but Charlie believes that he can and will stay strong despite the challenges. “I completely understand when artists take a leave of absence to recover,” he says. “Whenever it starts to take a toll on my own mental health, well, that’s when I’ll have to figure something else out and deal with it when the time comes. I’ve fallen apart and put myself back together many times over the years, and it’s definitely not easy. But it also forces you to remember why you do what you do in the first place.”

“It’s tougher than ever these days because everything feels like it has been homogenised thanks to social media,” he elaborates. “It’s definitely unhealthy if these statistics are all we’re using to measure success.” 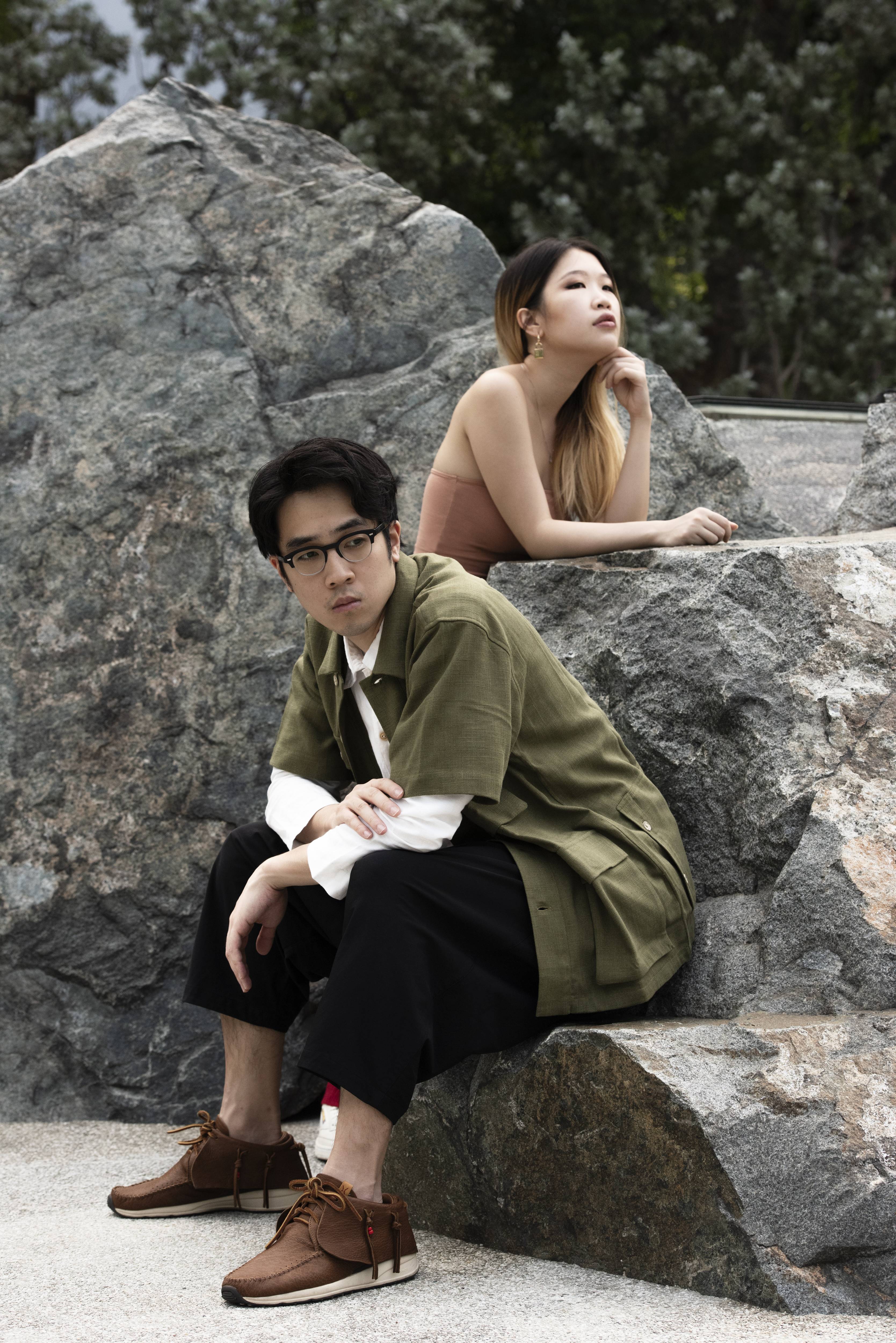 Music, for Charlie, is about being true to himself, and by bringing that out in his songs, hopes that he can find a genuine connection with his listeners. “Maybe it’s time we find a better way of qualifying and quantifying all this, or at least, not base it all on popularity and trends, and to shift our perspectives and remember the point of making music in the first place,” he says. “I think good artists have the ability to cut through the bullshit and connect with people through their work, and at the end of the day that’s all we can try to do. Everything else is probably overthinking.” 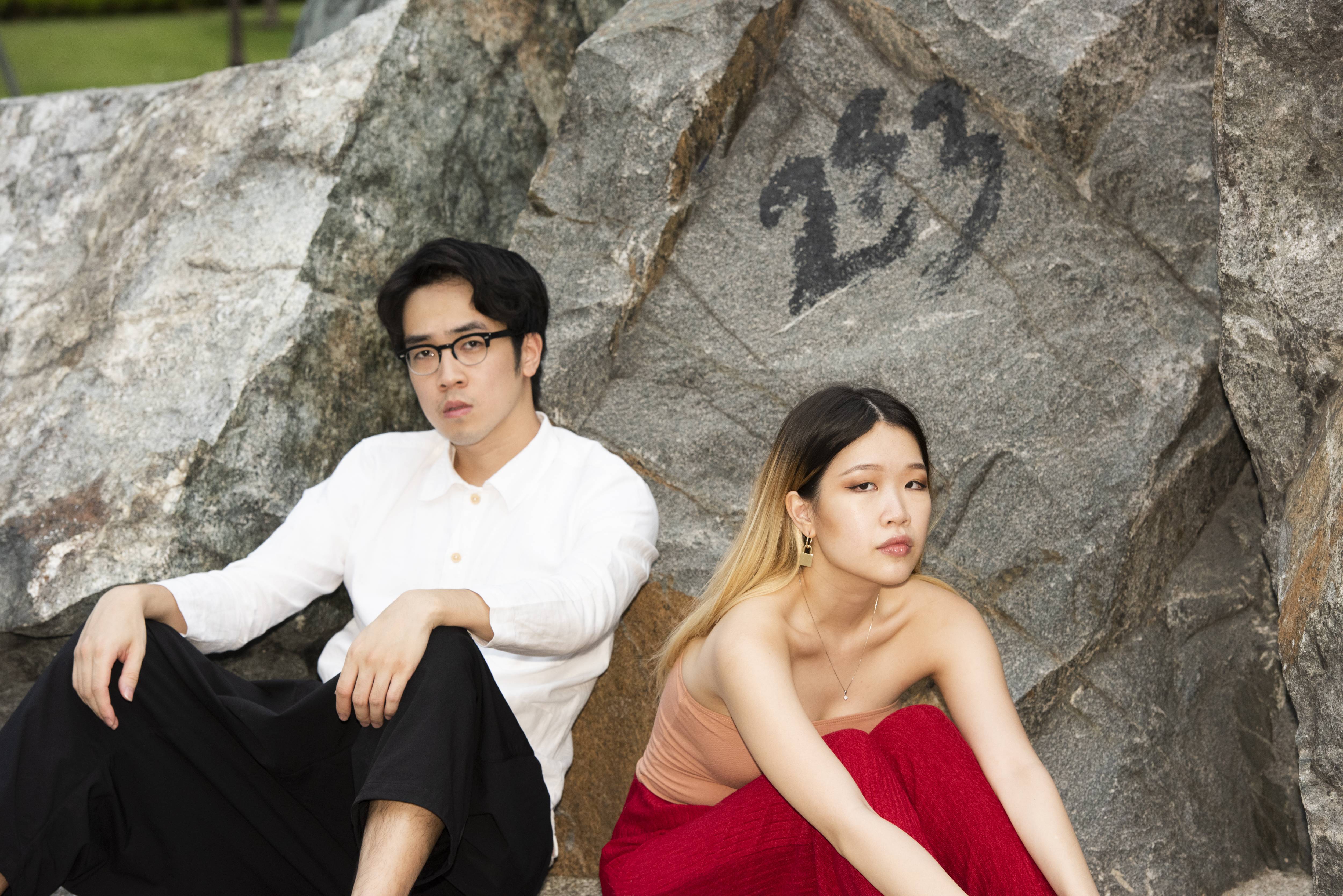 For now though, Charlie will continue to stay at home, practice safe social distancing while the world rides out COVID-19, and keep pushing his music and artistry in new ways, amidst the new restrictions put in place. “It can be hard to remain inspired or motivated, especially in a time like this” he says. “But that’s part of our job as well, to make do with what we have, while trying to grow and challenge ourselves. For me that was taking a risk to go to London for a while, and while it was a huge opportunity cost, I felt it was a necessary one to grow and get out of my comfort zone.”

“But right now, obviously everything’s become a big question mark,” he concludes. “We can’t predict what’s going to happen, but we have to believe nothing ever really goes to waste. I know I’m in this for the long haul. For now, I’m just going to keep writing songs and keep working on music because it’s what I do best, and hopefully, people can see and appreciate what I put out. I hope that doesn’t have to change, even though everything else has.”

Listen to Hummingbird on Spotify here.

1 comment on “Music Is: Taking It Slow and Catching Up With Charlie Lim”