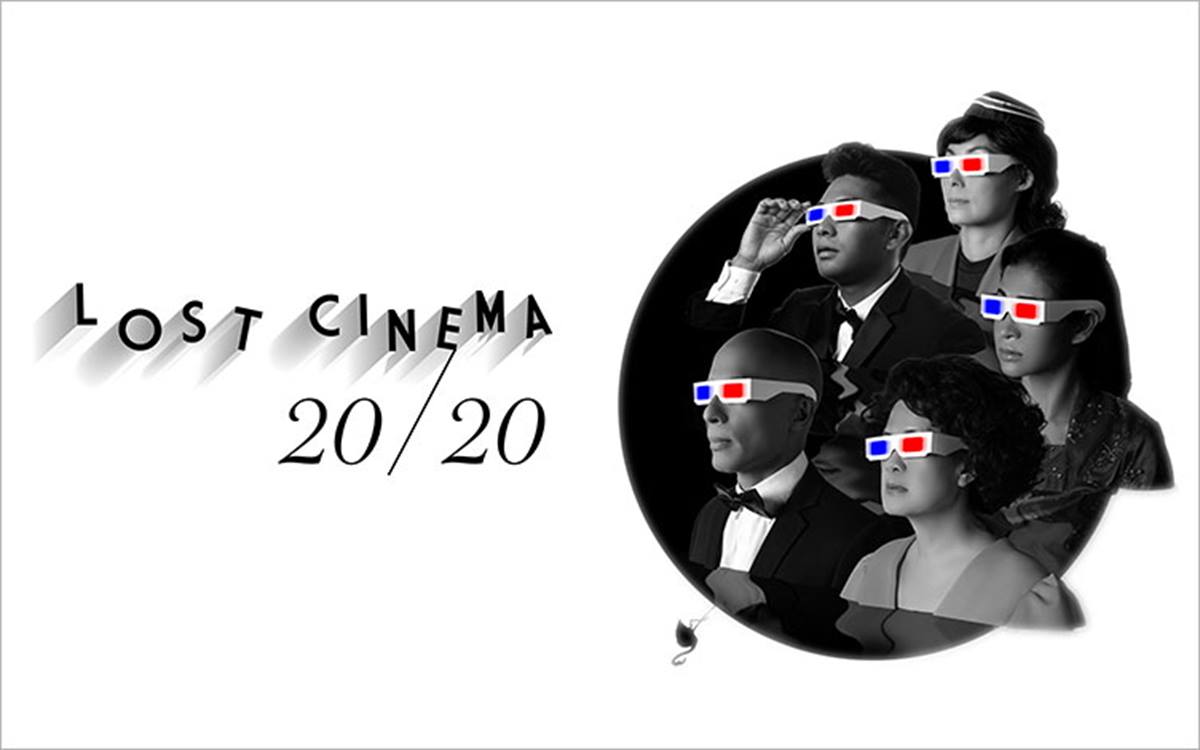 The subconscious mind collides with filmmaking in a theatrical homage to classic cinema, and a wistful reflection on loss.

If the mind is a cinema, then our dreams are the feature films it screens when we fall asleep, crafted from a combination of our subconscious thoughts and lived experiences. What would it be like then, to be able to watch and feel a dream playing out before our very eyes?

That seems to be the intent at the core of Brian Gothong Tan’s Lost Cinema 20/20, which played online as part of the Esplanade’s attempt to salvage its 2020 The Studios series. Developed from a 2018 installation at LASALLE’s Institute of Contemporary Arts, Lost Cinema 20/20 loosely follows a director and former film star reflecting on their lives while ‘watching’ a clip reel, and the breakdown of their marriage. Often, it feels as if we are floating in the sea of their unconscious minds, watching as their lives collide with Singapore’s golden age of cinema. 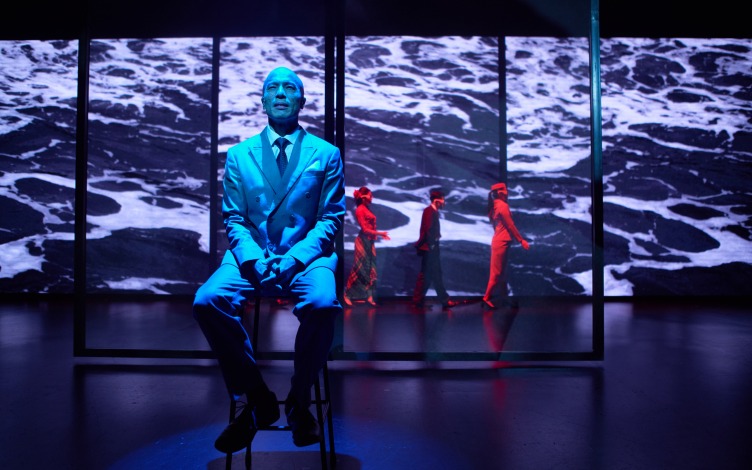 Much like being lost in an actual dream, what plays out onstage during Lost Cinema 20/20 seems to be an amalgamation of stray thoughts and lived experiences, with the result being surreal scenes that are inventive, visually rich, and often maddeningly enigmatic. At the heart of Lost Cinema 20/20 is an obvious reverence for the art and process of filmmaking, with scenes constantly swathed in a reel of references to the golden age of Singapore cinema, from Munah Bagharib lipsyncing to Maria Menado’s “Terkenang Kesuma”, to overt references to older films such as Pontianak (1957). 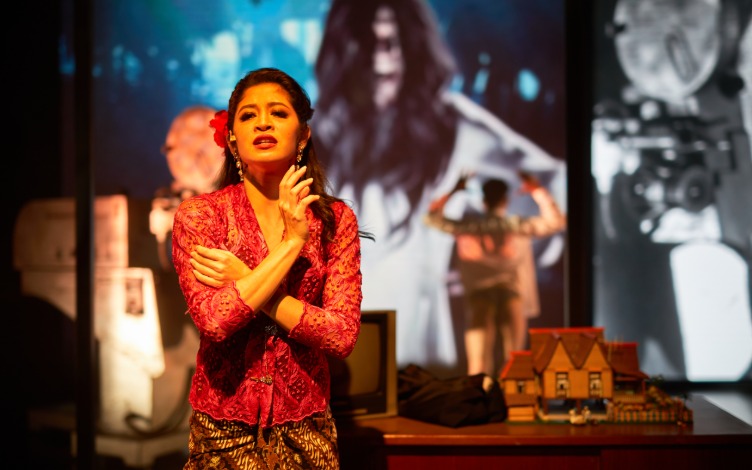 More intent on evoking emotion and mood than creating meaning, elements of the cinematic form are often experimented with and stretched throughout the performance, showcasing Brian Gothong Tan’s skill set and familiarity with film. In one scene, Munah Bagharib and Irfan Kasban play a young couple meeting outside a cinema, lipsyncing to Lim Yu-Beng and Karen Tan’s Wong Kar Wai-like dialogue live. The disjoint in performer and voice makes us think of the dubbing applied to films in the past, and how the process of filmmaking is often intent on crafting a facade of beauty, casting younger, more visually appealing up and coming actors to sell a story. Later on, a triptych juxtaposing three scenes simultaneously onscreen showcases the an affair being discovered, with Irfan running away from a pontianak in one, a live feed of Karen and Munah describing the process of taxidermy in another, and a pre-recorded scene of Karen discovering the affair while Yu-Beng and Ma Yanling enact it live. Always, the audience is engaged in a process of dream interpretation, lost in the messy myriad of onstage elements and interplay of film against live performance, figuring out what it all means. 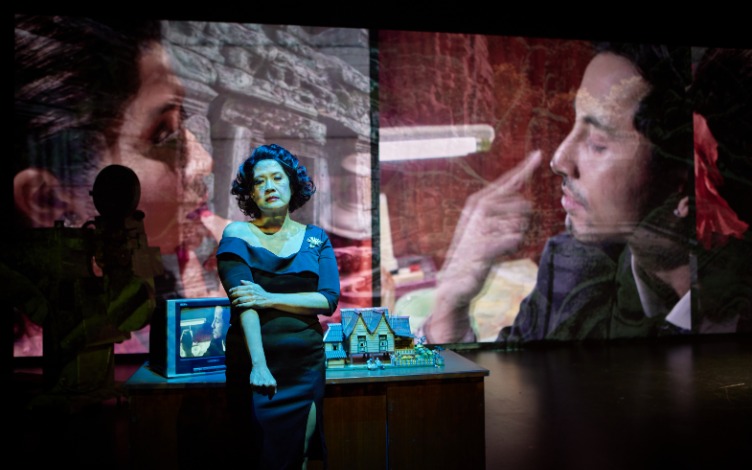 Ostensibly a visual feast, the strongest aspects of Lost Cinema 20/20 lie in the multimedia design and attention to detail in set and props. Synonymous with pontianaks, a banana tree makes an appearance onstage during a scene inspired by the film of the same name, while suitcases wielded by the cast in another scene are of a vintage design, made of leather not plastic, reflective of the era. The old school cinema seats Yu-Beng and Karen sit in add a nostalgic touch, before it is later revealed to be motorised as it is ‘driven’ around the stage, like a classic automobile. Scenes are enhanced by sound designer BOON’s incidental noise, often lending depth to the immersive environment the show attempts to create. 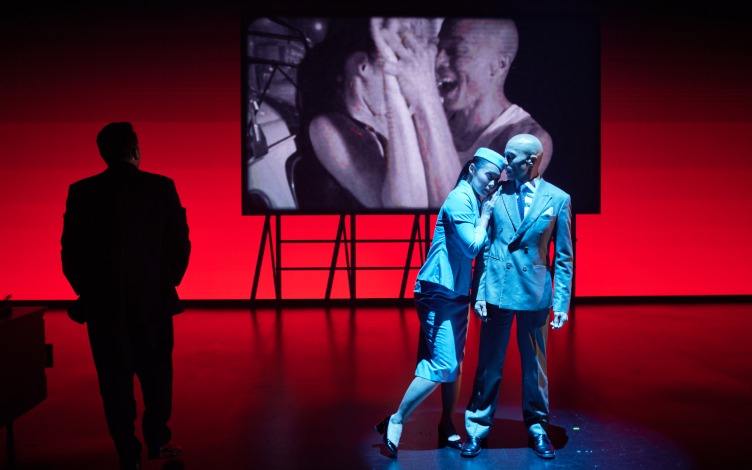 It is perhaps rather ironic then that a theatrical production about film has been relegated to being showcased on video, and ends up a shadow of what it could be. There is so much that is lost in showcasing Lost Cinema 20/20 as a recording, whether it’s the lack of immersion from feeling the size of the screen consume us within the theatre, or the choice of closeups and angles that prevent us from seeing the whole scene at times. One only wishes the team had chosen to wait for an opportunity to present it live, rather than as a video. 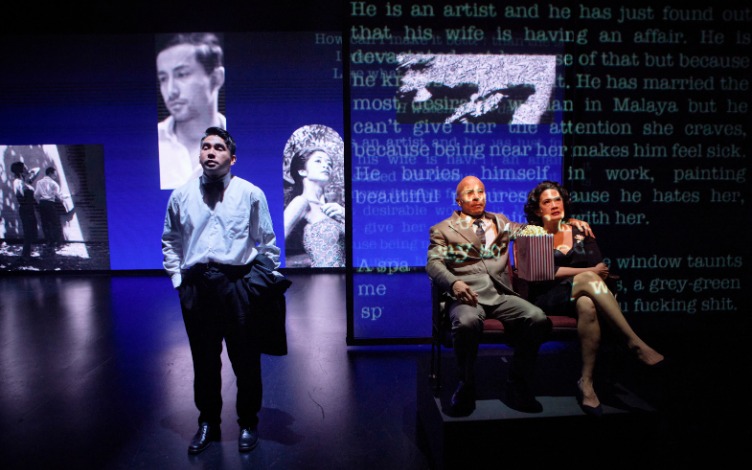 While often difficult to comprehend with plenty to unpack in every scene, one thinks of Lost Cinema 20/20 primarily as a mood piece meant to wash over audiences when they let themselves go and give in to its strangeness, charm, and dream logic. When it does eventually find its feet and become more grounded in its message towards the end, there is a sense of emptiness as we watch as the screen fades to blue (indicating the end of the film). Here, Irfan Kasban engages in a monologue about the film editing process, and the feeling of time grinding to a halt, before Karen Tan ends the performance with a moving scene revealing the truth behind this collection of images, her character aching with pain from everything she’s been through.

A haunting exploration of how our subconscious mind processes and stores information, we end the show left uncertain of where the dream begins and reality ends, knowing only that in the face of all the absurdity life has to throw at us, the least we can do is to see it all as a beautiful film.