A lesson on learning to keep hope alive in the face of death.

There’s a point in the play Tuesdays with Morrie where Morrie Schwartz, Mitch Albom’s former professor, poses him two questions: “are you as human as you can be”, and “are you at peace with yourself?” 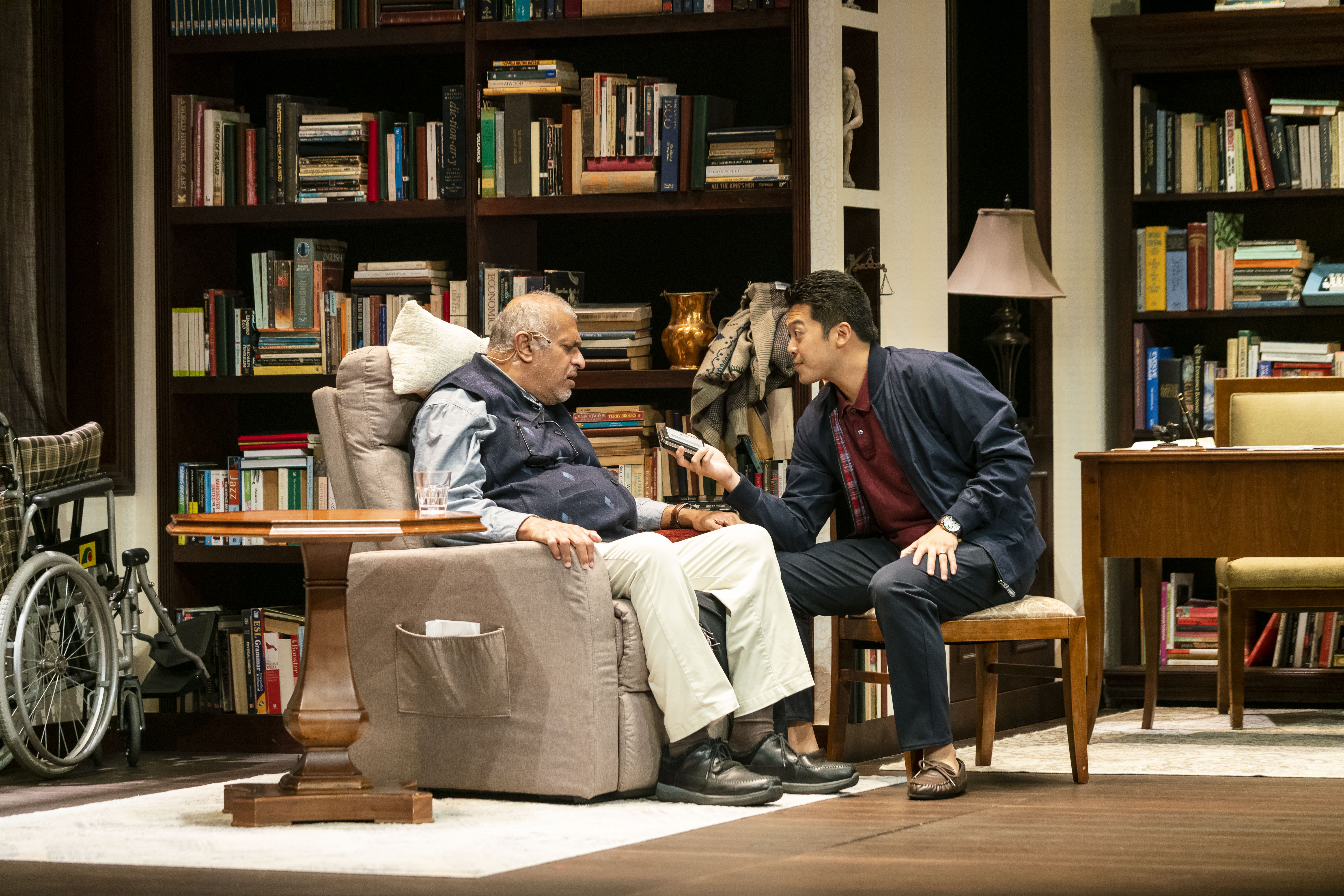 These are questions that’ve been sitting at the back of our minds for some time now, brought to the forefront again by Singapore Repertory Theatre’s (SRT) latest play. Living in results-oriented Singapore, where everything is quantified by numbers and dollars, it’s far too often we feel like cogs in a machine, constantly uneasy as we wonder what we’re doing in life, and perhaps even forgetting what it is that makes us human – our relationships. 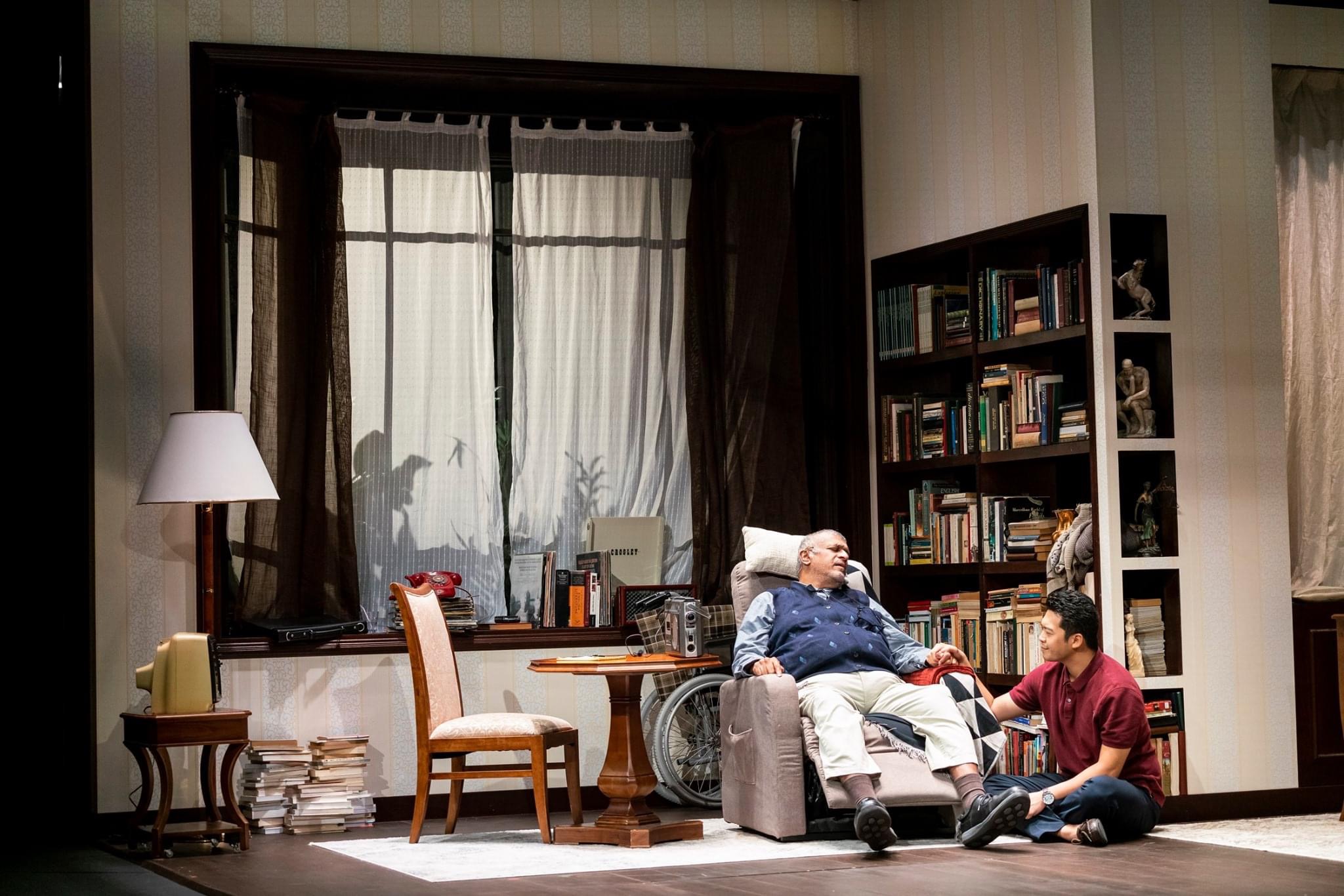 For Mitch (played by Benjamin Chow), a go-getter focused completely on his career, that’s something he has to re-learn, after deciding to visit Morrie (Remesh Panicker) upon seeing him on television speaking about his battle with Lou Gherig’s Disease (ALS). In his performance, Benjamin captures the initial aloof, selfish nature of Mitch, his visit intended to ease his own conscience and obligation rather than a sincere one. There is a restlessness in Benjamin’s body and clear discomfort at remaining in one place for long, a sentiment echoed when he utters “I got to go”, the same mantra he’d have in college, as he rushes about from one appointment to another. We think of our own all-too-busy modern lives, where our agenda takes precedence over our friends’, who’re constantly put on the back burner. 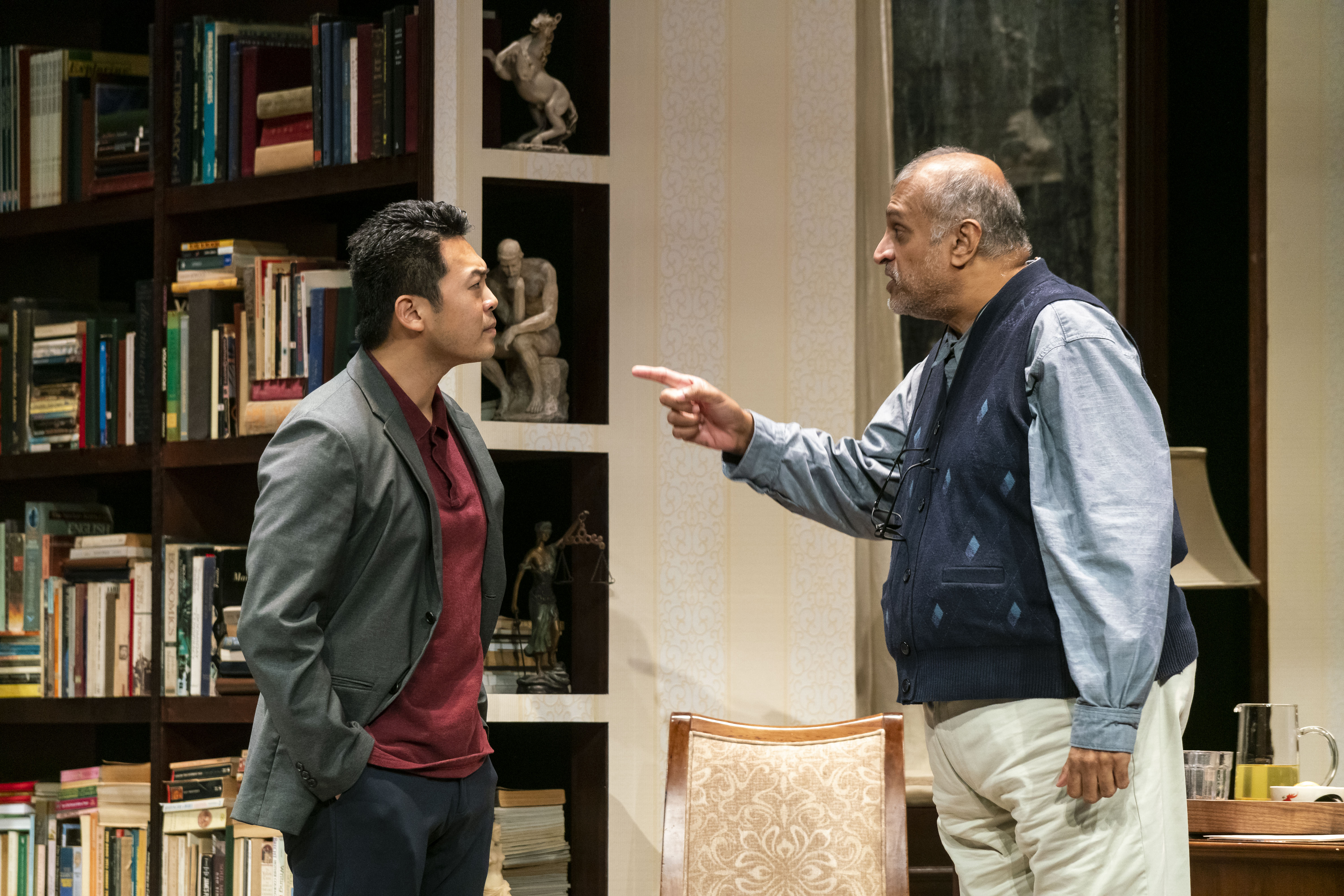 Given their close friendship back in school, there’s an instant connection between the two when they meet and begin to converse, and the initial visit eventually turns into regular sessions. We begin to see a change in Ben’s performance, where Mitch’s initial stiffness gives way to a more relaxed attitude when he commits to Morrie’s weekly ‘life lessons’, changing his perception of the world and now more aware of himself and his relationships as he learns to care for Morrie, and cherish the one afternoon they have together each week, even turning down a job offer for the sake of these sessions. 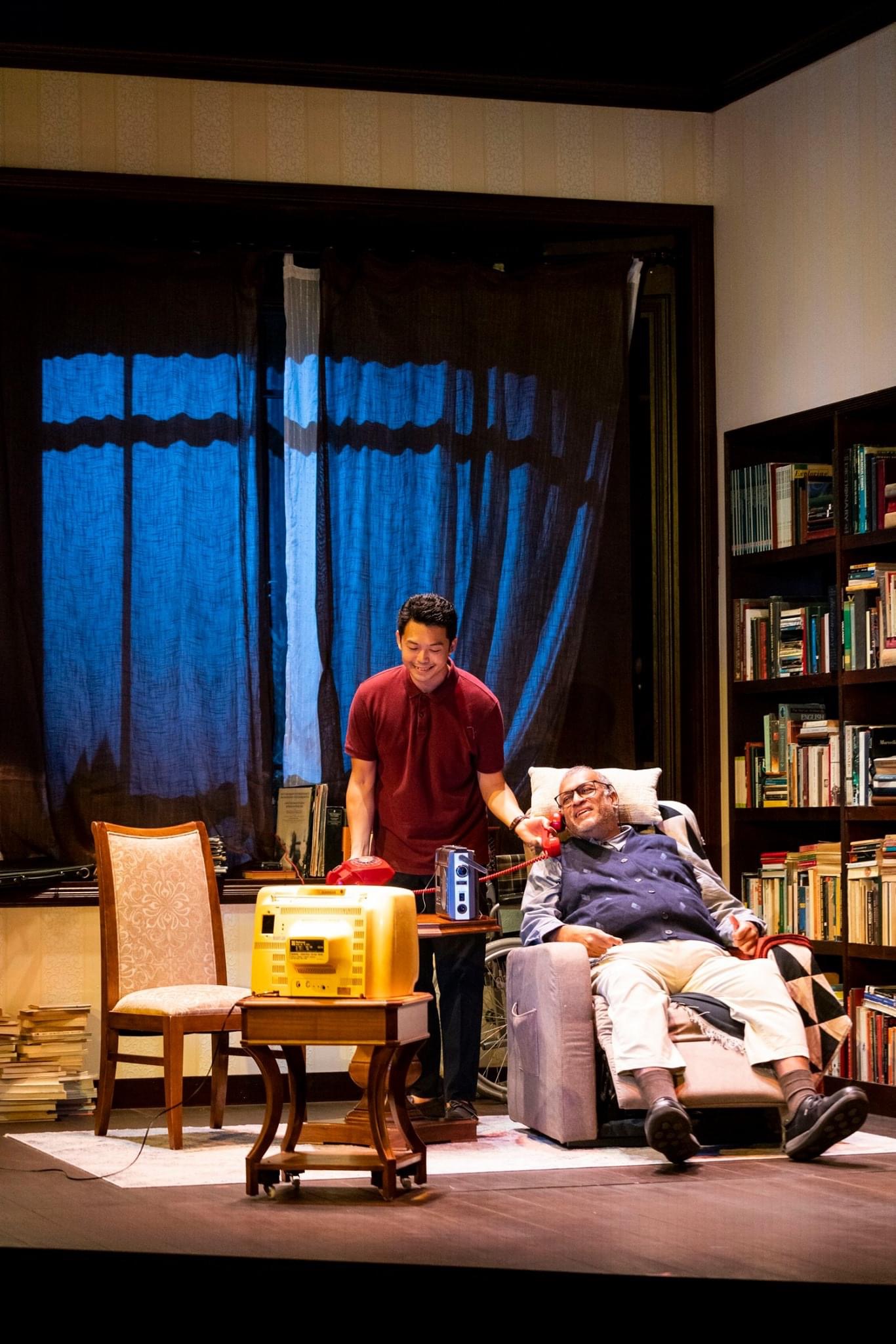 But beyond the banter, there is always the hint of death threatening to cut things short. Petrina Dawn Tan’s compact yet detailed set makes it easy for us to focus on what’s needed in every scene, mostly to present Morrie dwarfed by his bastion of books, slowly dying within this otherwise comfortable home. As Morrie, Remesh Panicker gives a stellar performance, showcasing the gradual deterioration of Morrie’s body, to the point he cannot even hold a spoon properly anymore, the frustration and sadness evident in his eyes. Yet, Remesh balances this sympathy with strength, showcasing Morrie’s endless positivity and determination to remain optimistic, even in the bleakest of moments. 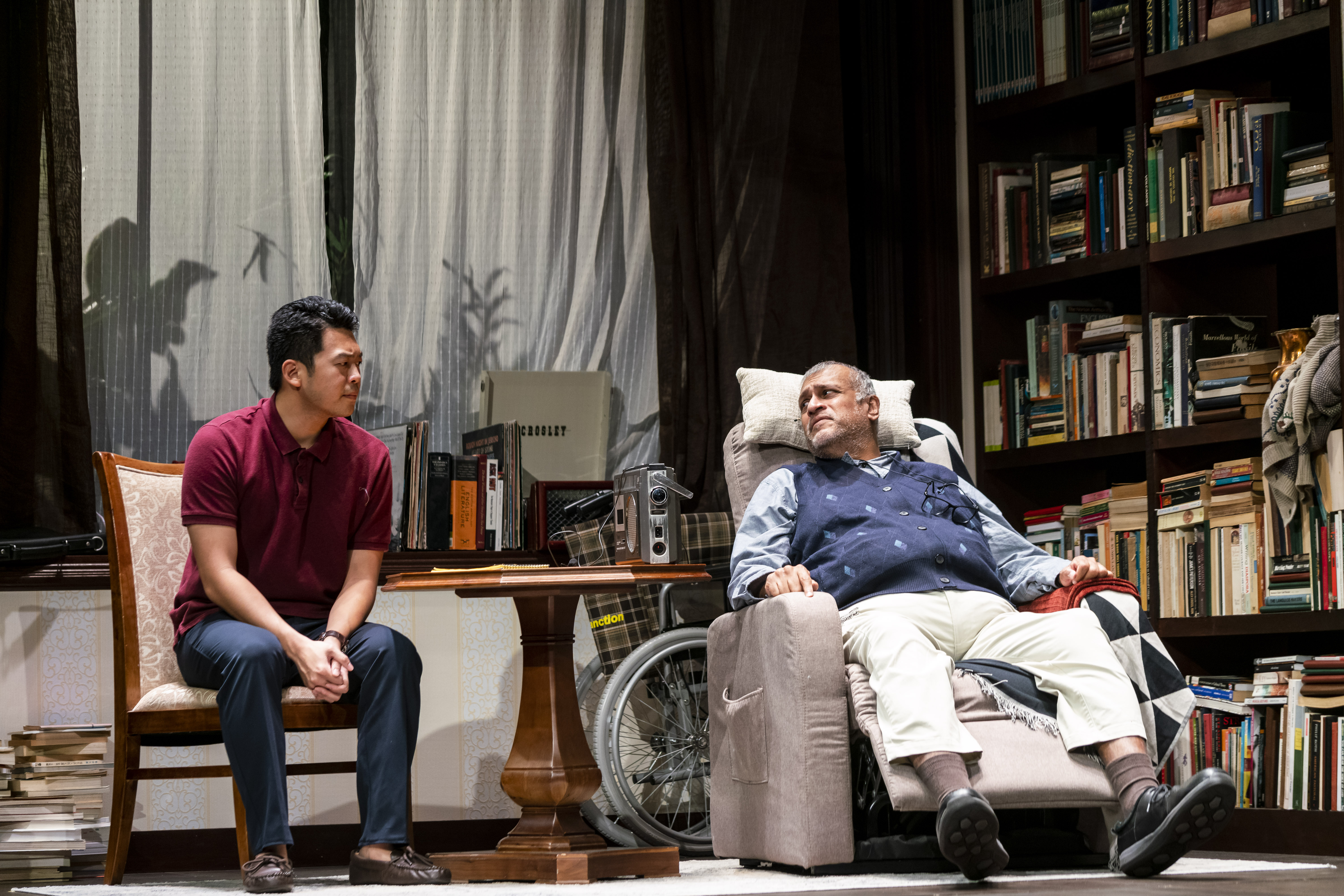 Towards the play’s denouement, amidst a dialogue-heavy script, it is the silence from both Remesh and Benjamin that speaks volumes as the record player plays Puccini’s La bohème, and we find solace and space to reflect on Morrie’s will to live. The play’s end comes dramatically – with a storm, as plants outside the window sway, with Morrie slumped in his recliner chair. Morrie asks Mitch to shift him so he faces the window, a request that reminds us of how important it is to take a step back to appreciate all we have. It it at this moment we see how Mitch has undergone a total shift in attitude when he displays true care and concern for his former mentor, helped by the journey Remesh and Benjamin have taken them on, their chemistry growing ever-stronger as the play progresses. As the two look directly into each other’s eyes, Morrie reminds Mitch never to hide his light, and we recall his remark that he’d like his tombstone to read ‘a teacher to the last’, determined to impart one final life lesson before he leaves. 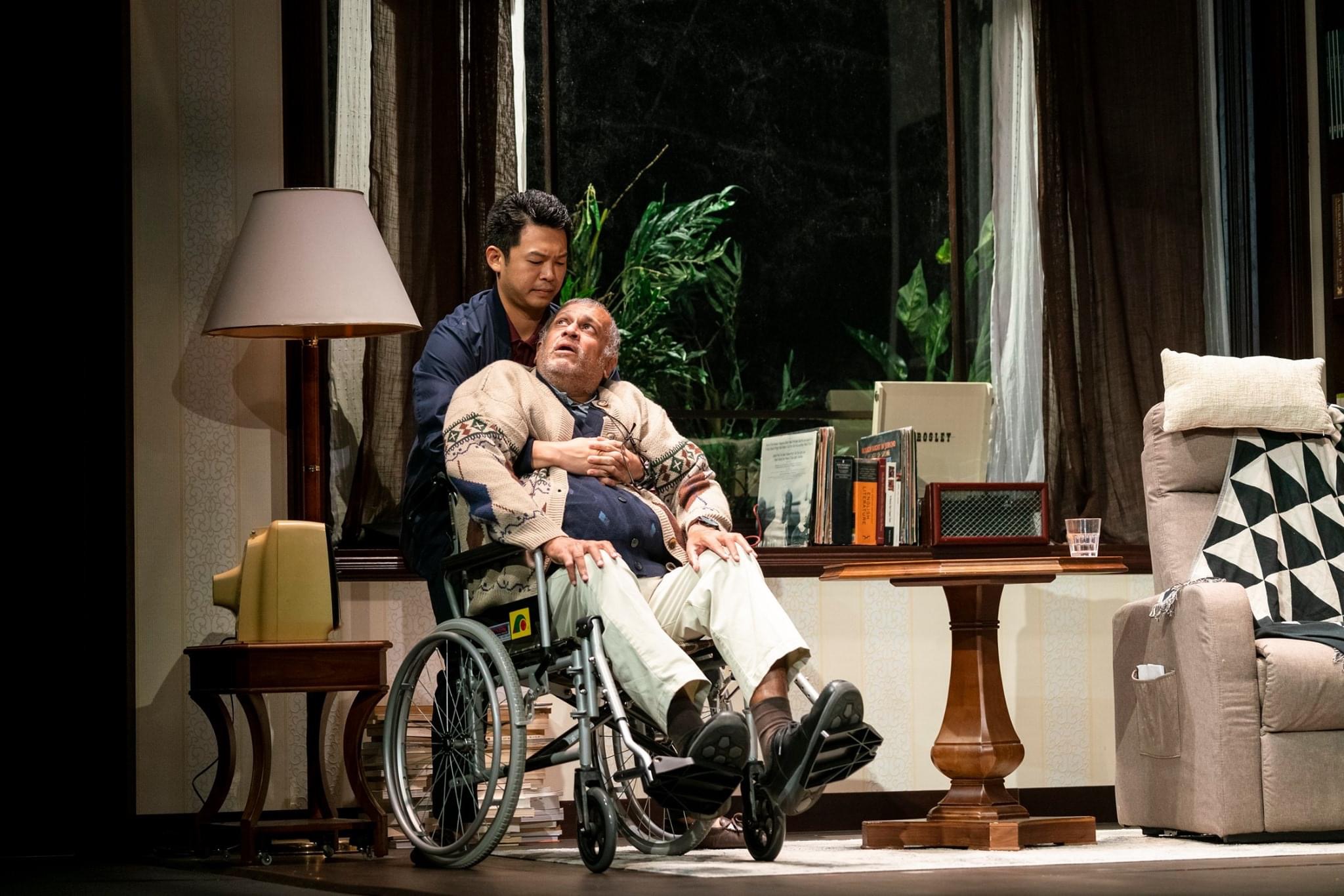 Tuesdays with Morrie is a poignant play for our troubled times. For one thing, the pandemic has made us acutely aware of our mortality, and the need to use our limited time on Earth as best as we can. But as the play reminds us, it’s not always about the individual, but about the relationships in our lives that make us human. Much like how Mitch re-learns to care for another person, 2020 has been a year where we find ourselves checking in on friends and family, whether physically or digitally, making sure they’re ok during the circuit breaker and beyond. With Tuesdays with Morrie, it’s evident the team at SRT has worked hard to make this play a reality, and we are thankful for the powerful, timely lesson about life, loving life and living life it leaves us with. 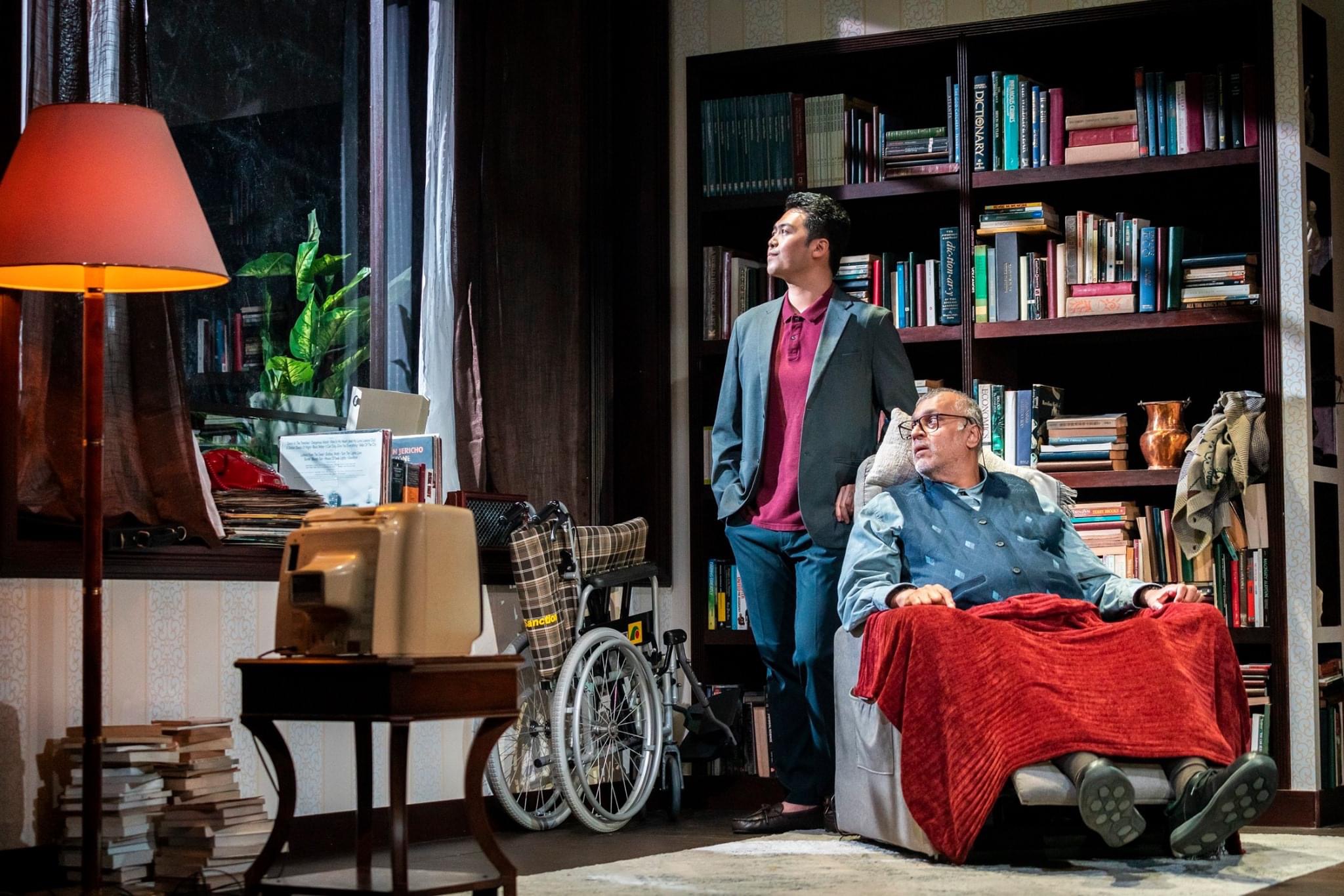 Tuesdays with Morrie plays from 1st November to 6th December 2020 at the KC Arts Centre. Tickets and more information available from SRT

2 comments on “★★★★☆ Review: Tuesdays with Morrie by Singapore Repertory Theatre”