Journey to a brave new world with the power of art.

While most often seen by the general public as a means for entertainment, we often forget about that the arts also has a therapeutic effects on both participant and audience, a theme that’s at the forefront of Nine Years Theatre’s (NYT) First Fleet, restaged at the Singapore Chinese Cultural Centre this week. 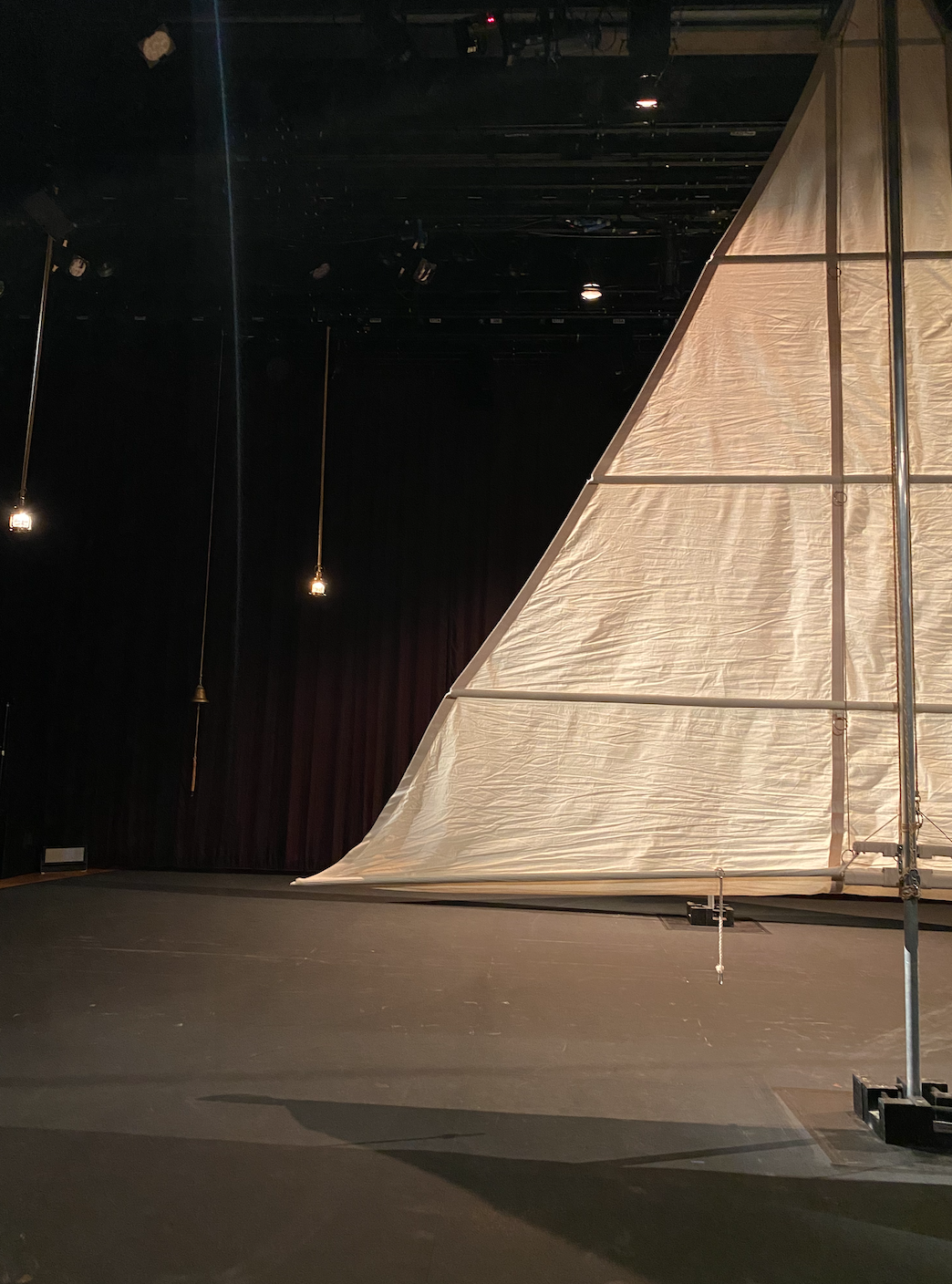 Directed by and adapted from Thomas Keneally’s novel The Playmaker by Nelson Chia, First Fleet tells the story of the first fleet of British convicts en route to Australia, as five prisoners attempt to stage a play onboard. As in the first staging, audience members are actually seated on the stage surrounding the actors, making it feel like we’re on the ship with them, thanks to Lim Chin Huat’s minimalist but evocative set, with two tall ship masts. A sailor’s bell is struck, and crew members shift crates and cargo onstage, readying the ship for the expedition ahead. Lamps above us swing, mimicking their movement on the high seas, while we hear the sound of the ocean around us, and we know our arduous journey has begun. 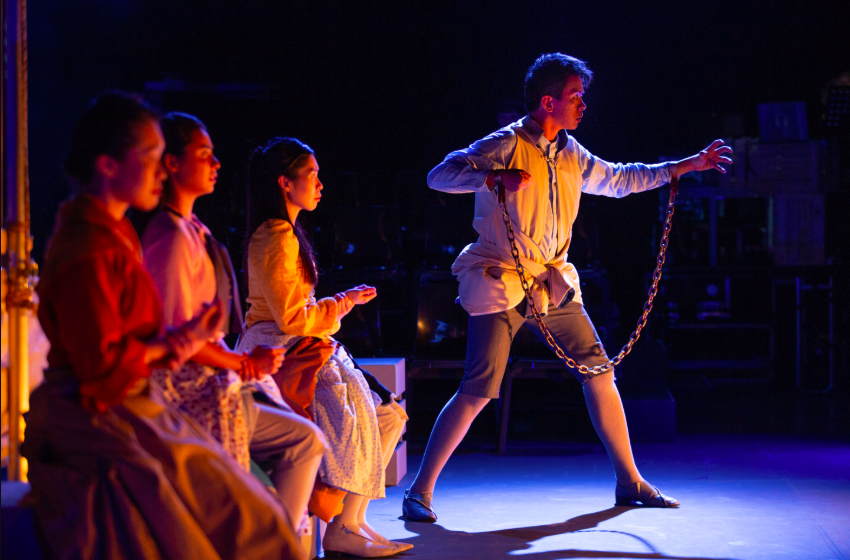 While the overall narrative is relatively simple, over the course of the play, there’s a multitude of issues and ideas that Nelson Chia manages to include and touch on, all of which are reliant on NYT’s powerful storytelling and characterisation. Clever staging allows the six cast members to play all 11 characters, with Loo An Ni’s versatile costumes serving dual roles – simply turning the coats inside out allows them to quickly and efficiently swap between the convicts and commanders, with the actors switching up their physicality and voice to showcase the differences in power and position of their dual characters.

As convicts, it’s easy to assume the worst about each character. The commanders at least, certainly think that there’s no chance of redemption, preferring not to rock the boat and accept their convicts as irredeemable recalcitrants, despite the more junior Lieutenant Ralph Clark’s (Timothy Wan) going against them with his radical belief that they are capable of change. Perhaps this reflects how the older generation are dismissive of the young, who are more willing to bring about change, while we ponder on the necessity of the death sentence – how can someone have a chance to change if they’re already dead? 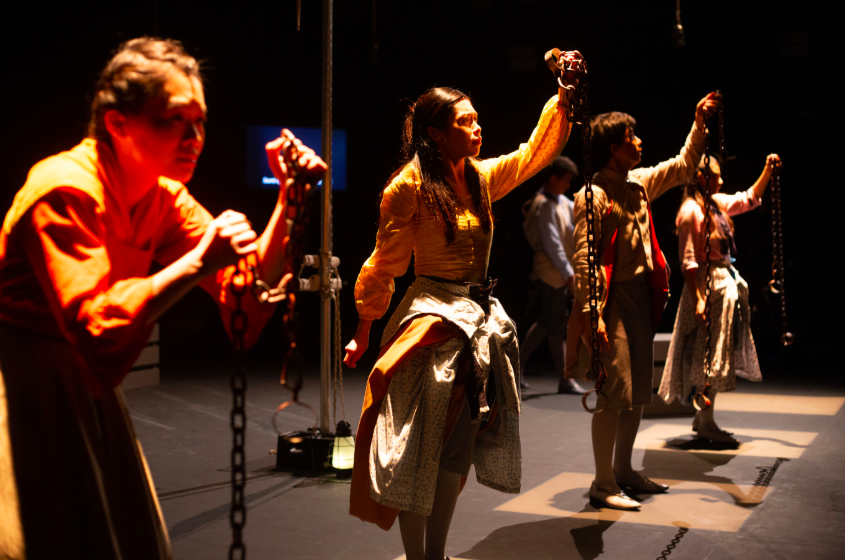 But it is to the script’s credit that over the course of the play, each of the five convicts reveal their individual stories (along with Lieutenant Ralph’s own backstory as it slowly unfolds), and we begin to sympathise with their plight. It’s no wonder the British law used to be known as ‘The Bloody Code’ in the 1700s – the convicts’ capital punishments seem disproportionately harsh, where death was almost certain for crimes as trivial as stealing a handkerchief. Beyond their unfair punishments, it’s made clear that each one of them are inherently good people, far from the villains the law make them out to be. These aren’t people who turn to crime because of a flawed moral code, but often forced into it by circumstance, be it poverty or the restrictions of an aristocratic background. These aren’t bad people, just desperate ones, all hoping for a chance for survival and redemption.

In that sense, as much as it seems like a punishment, this odyssey to a whole new world seems to be exactly the opportunity they need to start life over. While en route, Lieutenant Ralph is tasked to direct a play staged by five convicts, as an experiment at rehabilitation. His cast? half-blind dream reader Liz Abraham (Mia Chee), carpenter Henry Mason (Hang Qian Chou), executioner William Paterson (Neo Hai Bin), Lady Anne Sheldon (Jodi Chan) and servant girl Mary Beckman (Shu Yi Ching), all starring in Moliere’s Tartuffe. Together as one ensemble, NYT does an excellent job, as the convicts drop their chains and ‘are momentarily free’ during rehearsals. Change, however, is more than just physical, and requires the convicts to stop seeing themselves as prisoners, with Ralph constantly trying to persuade them of their worth and ability to produce art. 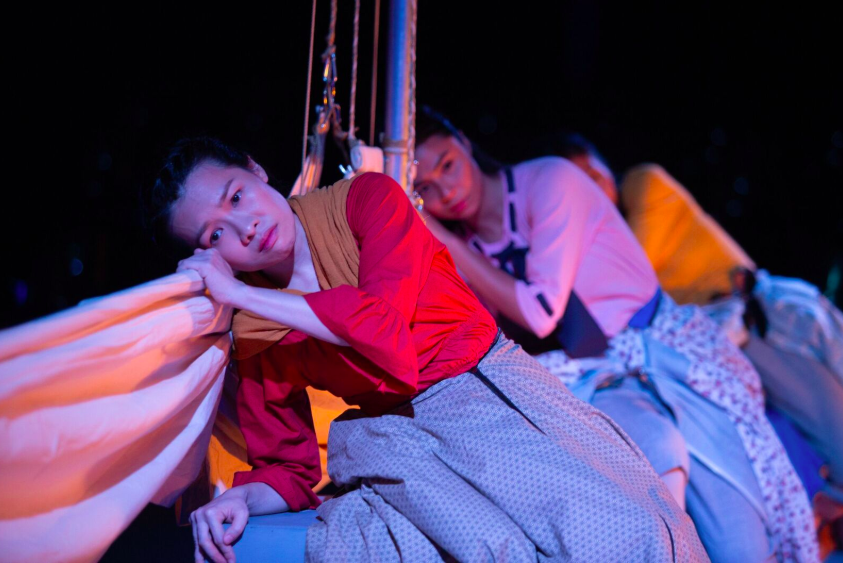 This is a challenge – we’re constantly reminded of their lower class, as the spotlight is cast on their shackles chaining them to their crimes. As we watch Mary Beckman touching the mast of the ship, it occurred to us that it was the first time she was on the top deck of a ship, and we wonder if, as convicts, they would ever get a chance to rise to the top and live life freely. Even beyond their own positions, the commanders too pose a threat, with Father Richard Johnson (Jodi Chan) dismissing the play because of its jokes about priests, highlighting how set in their ways and unwilling to change the older generation is. Lieutenant Ralph himself loses hope at the end of a particularly difficult day, opening up about his own backstory when he’s at his lowest, torn between his beliefs and need to assert authority.

But it is after several rehearsals that we finally begin to see change happen, as the convicts let go of their initial misgivings and allow themselves to get lost in the process. Mary, William and Anne provide a refreshing dose of comedy as they ham it up with the acting and even improvise lines and actions, while there’s an immense sense of triumph for half-blind Liz as she pushes past her physical impairments to achieve the seemingly impossible and perform her role. Even the initially reluctant and disparaging Henry eventually comes around, learning to bond with his fellow convicts during rehearsals, even choosing to persevere and continue playing his role despite being put into isolation, so as not to let all the effort go to waste. 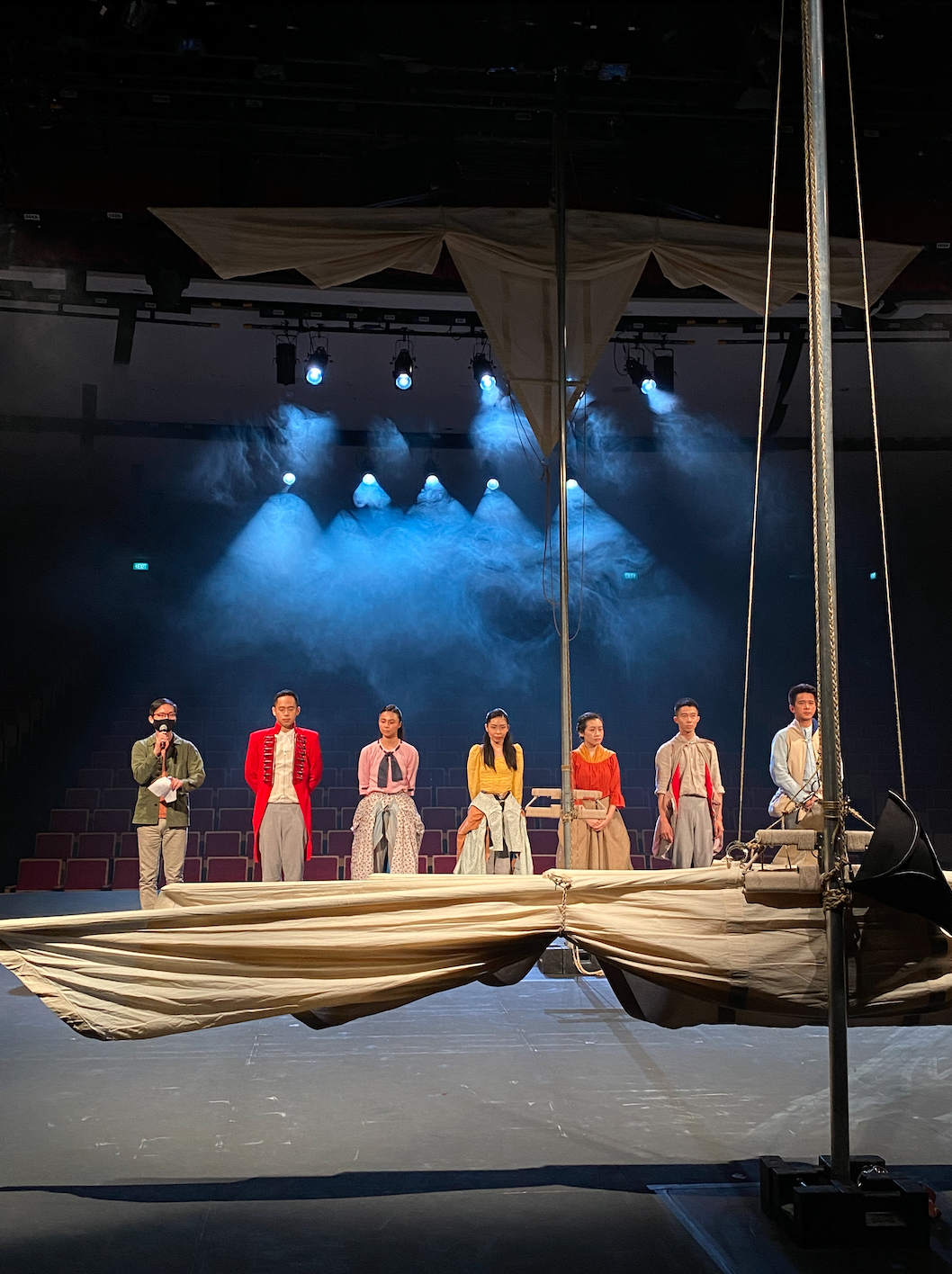 First Fleet, presents us with a group of people devoid of hope, only wanting to survive for a chance to change. But through the act of making art, what initially serves as a form of escape for the prisoners to distract themselves from their painful reality evolves into a genuine means of empowerment, as the convicts realise their dreams and aspirations for a better life. For the audience, watching the ensemble’s powerful chemistry and seated ‘onboard with them makes us feel we were on that same journey, allowing art to inspire and transform us.

In its final scenes, as the curtains open to reveal the vast sea of empty seats, we were reminded of how empty the theatres remain in these difficult times. Yet as the actors rush offstage, climbing up and over the seats, there is so much hope and optimism in their actions, leaving the burning ship behind to start life anew. The arts are anything but non-essential, and will find a way to begin again in the new post-COVID world.