What happens when you bring Shakespeare’s Romeo and Juliet to the gangs of 1950s New York and add a dash of music and dance? You get one of the greatest dance musicals of all time, of course.

West Side Story first premiered on Broadway in 1957, featuring lyrics by legendary musical composer Stephen Sondheim, an unforgettable score by Leonard Bernstein and ground-breaking choreography by Jerome Robbins. Pitting the Puerto Rican Sharks against their archnemesis The Jets, a white gang, teenagers Tony and Maria find their love affair hanging by a thread as they must decide where their loyalties lie – with their family, or with their heart? 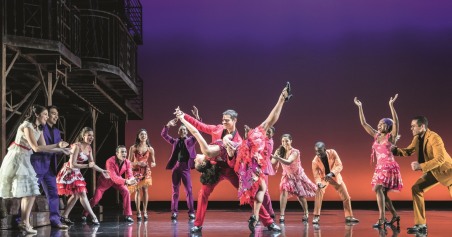 This version of West Side Story will feature and electrifying US cast, coming fresh from sell out seasons all around from London, Tokyo and Sydney. Whether you’re new to West Side Story or a diehard fan, fall in love once again with classics such as ‘Maria’, ‘I Feel Pretty’ and ‘Somewhere’ when the cast shows off their incredible vocal range and passionate dance routines. Catch this masterpiece when it hits Mastercard Theatres this September.

0 comments on “Preview: West Side Story by BASE Entertainment Asia”