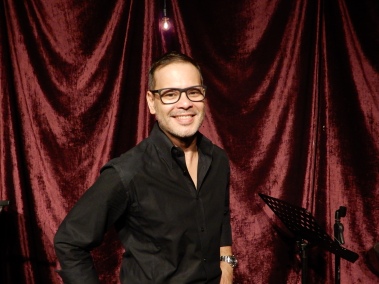 Bakchormeeboy in Kuala Lumpur – Sean Ghazi won the hearts of Singaporeans in 1995 when he won the inaugural Singapore Fame Awards. Since then, the Malaysian-Singaporean actor began a long and illustrious career in singing and acting, gracing even the West End and countries as far flung as Dusseldorf only had the chance to perform a single solo concert here, coming back on occasion and concentrating most of his efforts on the international stage instead.

But in 2017, Ghazi is making a true comeback and bridging the gap to our sunny island, having starred in W!ld Rice’s critically acclaimed production of La Cage Aux Folles in April, and this December, will be holding An Evening With Sean Ghazi at the Esplanade Recital Studio, presenting love songs from famous films and beloved musicals with special guest star Stephanie Reese.

Before he comes to Singapore though, we pre-empted his arrival by heading down to his very own club Bobo in Kuala Lumpur this week, and spoke to both him and producer Deborah Michael.

For Sean, An Evening With Sean Ghazi is a homecoming of a sorts for him. Said Sean: “It feels like it’s 20 years too late, and that I should have done it right after the Fame Awards.” Sean owes it to how there was no plan for him as a young man who had just won the awards, unlike some of the awards shows of today. “But everything happens for a reason, and it helped me jumpstart a theatre career in Singapore for a while.”

“We chose to do this show in December because it gave us enough lead time from the closing of La Cage in May and our repertoire consists of the biggest hits from plays and movies, and they really lend themselves well to the celebratory mood this Christmas season,” said Sean.

The show itself will consist of Sean and Stephanie singing highlights from an entire selection of musicals. The two first met on the set of The King and I on the West End, and since then, have remained steadfast friends and continued to appear in shows together. Songs from the repertoire will include classics such as ‘All I Ask Of You’ from Phantom of the Opera, Andrea Bocelli’s ‘The Prayer’, and of course, ‘We Kiss In The Shadows’ from The King and I. “By some fluke, i was invited to go to Istanbul to perform at the World Humanitarian Summit and they wanted me to sing ‘The Prayer’, and they wondered who I’d duet with. It just so happened that Stephanie was going there and we ended up doing it together,” said Sean

For Sean, the show itself has been a bit of a throwback and rediscovery of his voice. “I have two branches of singing – the vintage Malay songbook which I explore on my album, but then there’s also a semi classical side to me – big singing I don’t really get an opportunity to do. During rehearsals, I’d always sing about one key lower, but then Stephanie stopped me and encouraged me to try the original key, and it’s through her I discovered I still can do it,” said Sean.

Sidetracking a little, Bobo is honestly, a gorgeous club. On the first floor is a dining area, but head upstairs and you’ll find yourself in a sensual, intimate space where only the best singers from the region gather and show off their vocal chops. Said Sean: “We wanted to be able to workshop and create so many things on the Bobo stage that we could bring across the Causeway. People are slowly realizing that we’re an incubator of local talent, and we’ve already had people from our club that’ve been asked to perform at the local university.” 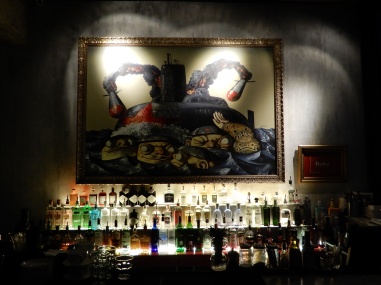 Bobo isn’t just a run-of-the-mill club though, it’s incredibly classy and attracts just the right crowd, with world class acts each night. “Any performer will tell you that Bobo audiences are very well cultivated and well behaved, they really listen. Sometimes, it seems like it’s easier to perform in a stadium than here, because in a stadium, a performer has the shelter of lights and sound and distance and it’s a little impersonal. But in this living room setting, you’re suddenly very exposed and they go this is how i started in a pub 20 years ago…except people are listening this time. We really believe in these artists.”

However, recognition in his own home country is still sparse, and Sean wishes that Malaysians would be more willing to support local talents.“Malaysians are flying to New York and London to watch shows. It’s a very SPG (sarong party girl) culture, and they don’t understand and think anything that’s made in America is automatically good. And even there, there are people who would spend 400-500 MYR to support a watered down production of Chicago.”

“I was having a conversation with Ghafir Akbar and Jo Kukathas the other day, and they’re two actors who keep coming down to Singapore to perform. Both of them have received so much praise and support in Singapore but not in Malaysia. Having worked with W!ld Rice with so many fantastic people, I can see that the future lies in cross border collaboration, and slowly but surely, the scene is changing.”

Said producer Deborah Michaels: “We’ve been working on this for years from scratch, and we’ve really built up a track record for ourselves. Artists are very well looked after here – we’re the only venue around with a green room, and at some venues, people go ‘please hold my purse while i do my show’ or ‘hold on while i go to my car to change’. We’re hitting a bit of a stride, because people are finally realizing that we’re doing something different and really championing Malaysian artists.”

“Honestly, we’ve come a long way. Think about it – both Stephanie and I were Asian kids working on the international stage. I was 22 when I was on the West End, and it’s such a feat and now I’m in my mid-40s, I think I should never downplay it. For the upcoming show, we’re probably not going to make any money from it, but it’s a big audacious goal to get our name out there. And hopefully, that spells the start of a long collaboration with Singapore venues like the Esplanade.”

Having seen Sean perform in La Cage Aux Folles, we certainly don’t need any convincing that his performance with Stephanie Reese will prove to be a fabulous one, showing off his vocal chops and his indelible charm he will no doubt leave behind on audiences. Come on down to An Evening with Sean Ghazi this December and fall in love with all your favourite love songs once again, expertly crooned to heart-melting degrees by this indomitable duo at the Esplanade Recital Studio.

An Evening with Sean Ghazi plays at the Esplanade Recital Studio from 13th – 14th December. Tickets available from SISTIC

0 comments on “Artist Spotlight: An Interview with Sean Ghazi In Kuala Lumpur”