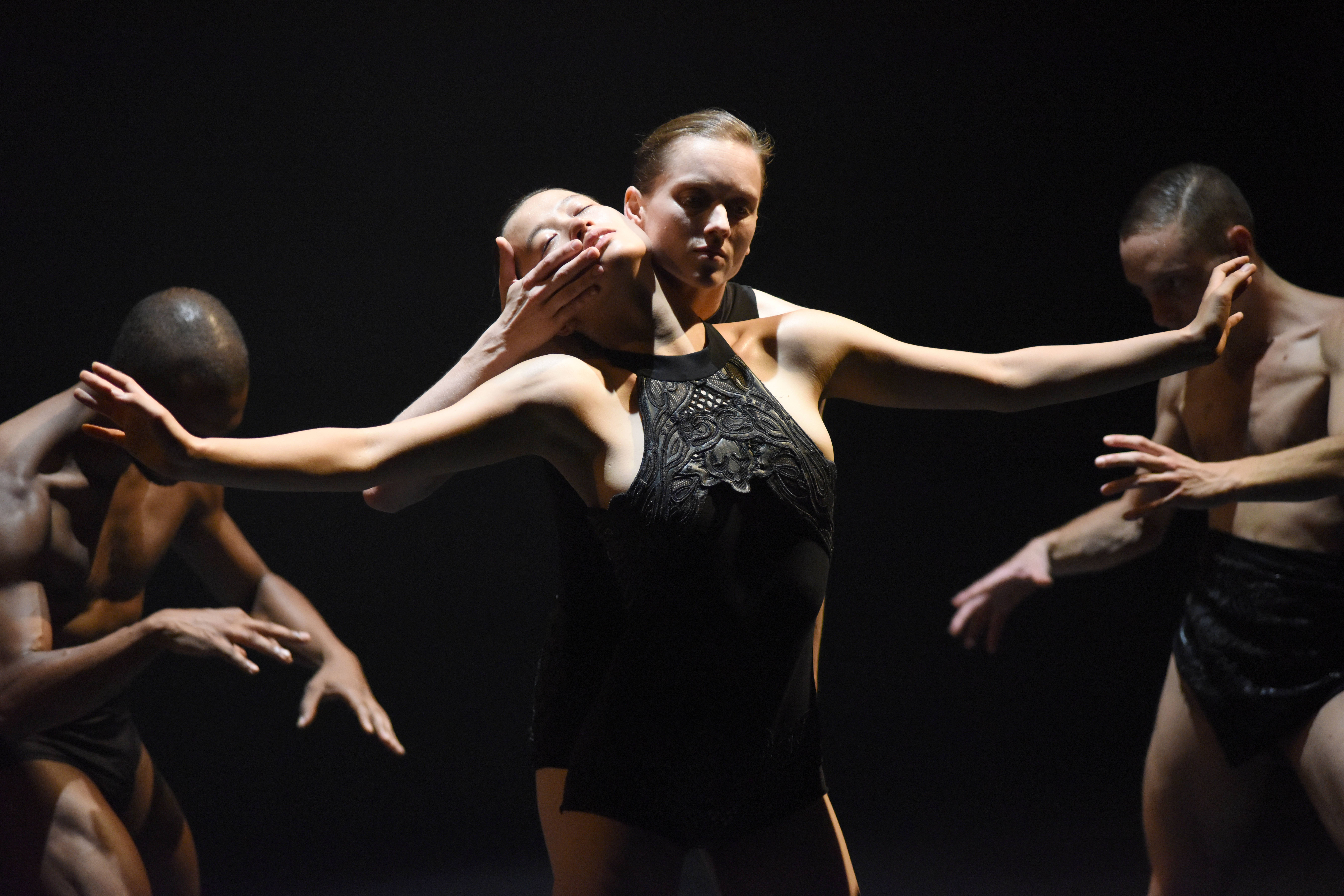 Mesmerising, muscular bodies tangle with the simultaneous pain and allure of the mental condition.

Obsessive Compulsive Disorder, or OCD for short, is characterised as a state by which a person’s mind is constantly occupied by cycles of intrusive thoughts and compulsive behaviours. It’s an invisible condition that only really becomes evident when you know someone, and is often a lifelong state an afflicted person finds themselves in, locked in the prison of their own minds. 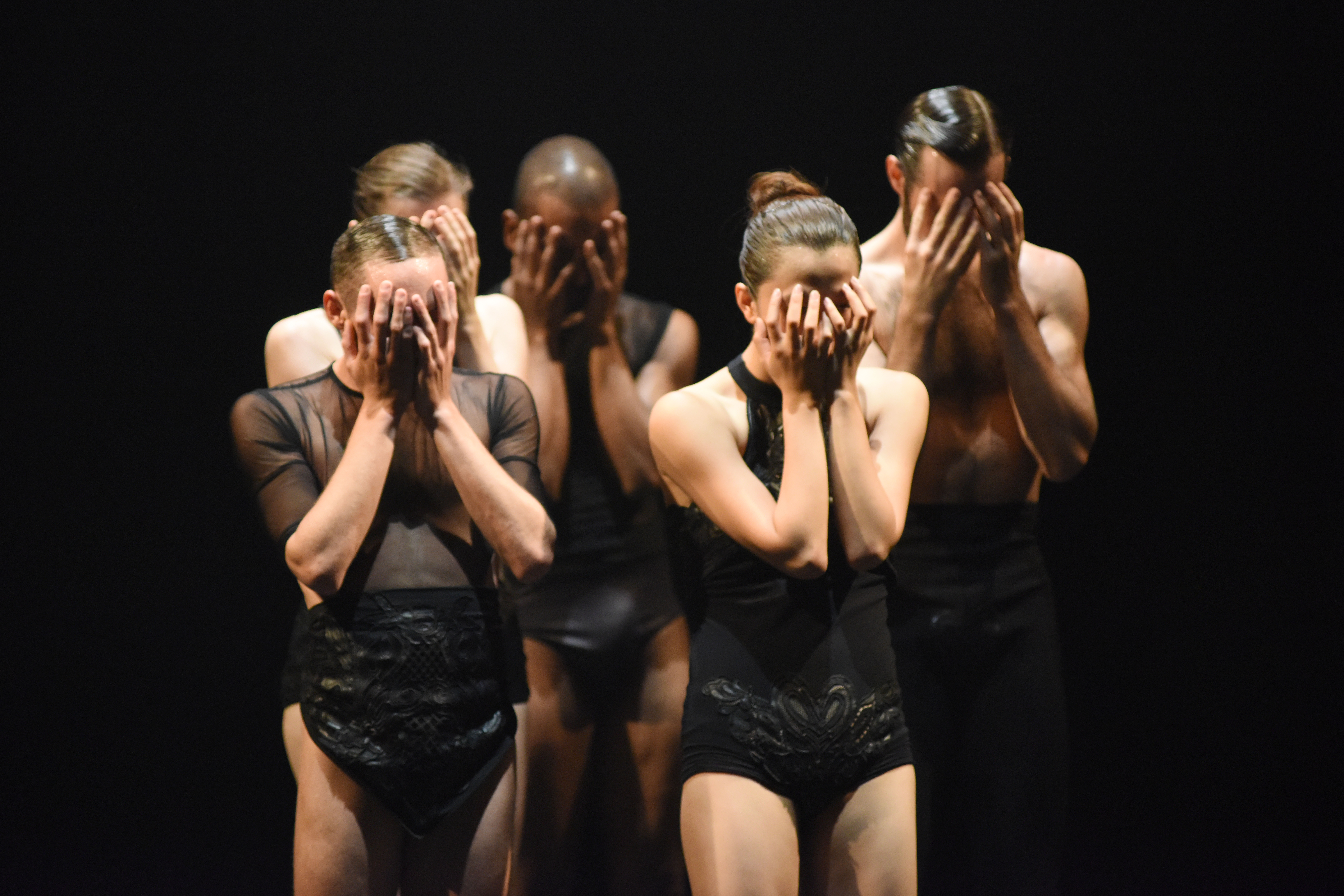 L-E-V Dance Company has boldly decided to tackle and give form to that condition with OCD Love, an impossibly unique choreography that pushes its dancers to their physical limits. Inspired by Neil Hilborn’s viral poem OCD, OCD Love is ‘the end of the world without mercy’, as creator Sharon Eyal describes. The narrative of OCD Love is never made abundantly clear – our initial ‘protagonist’, dancer Rebecca Hytting is initially alone as she enters onstage, writhing and stretching her body to seemingly impossible limits as she twists and turns. A backing track of a constant ticking noise, played live by sound artist Ori Lichtik, is as much at the forefront of this performance as the dancers are, signifying the intrusive, overbearing nature of OCD. 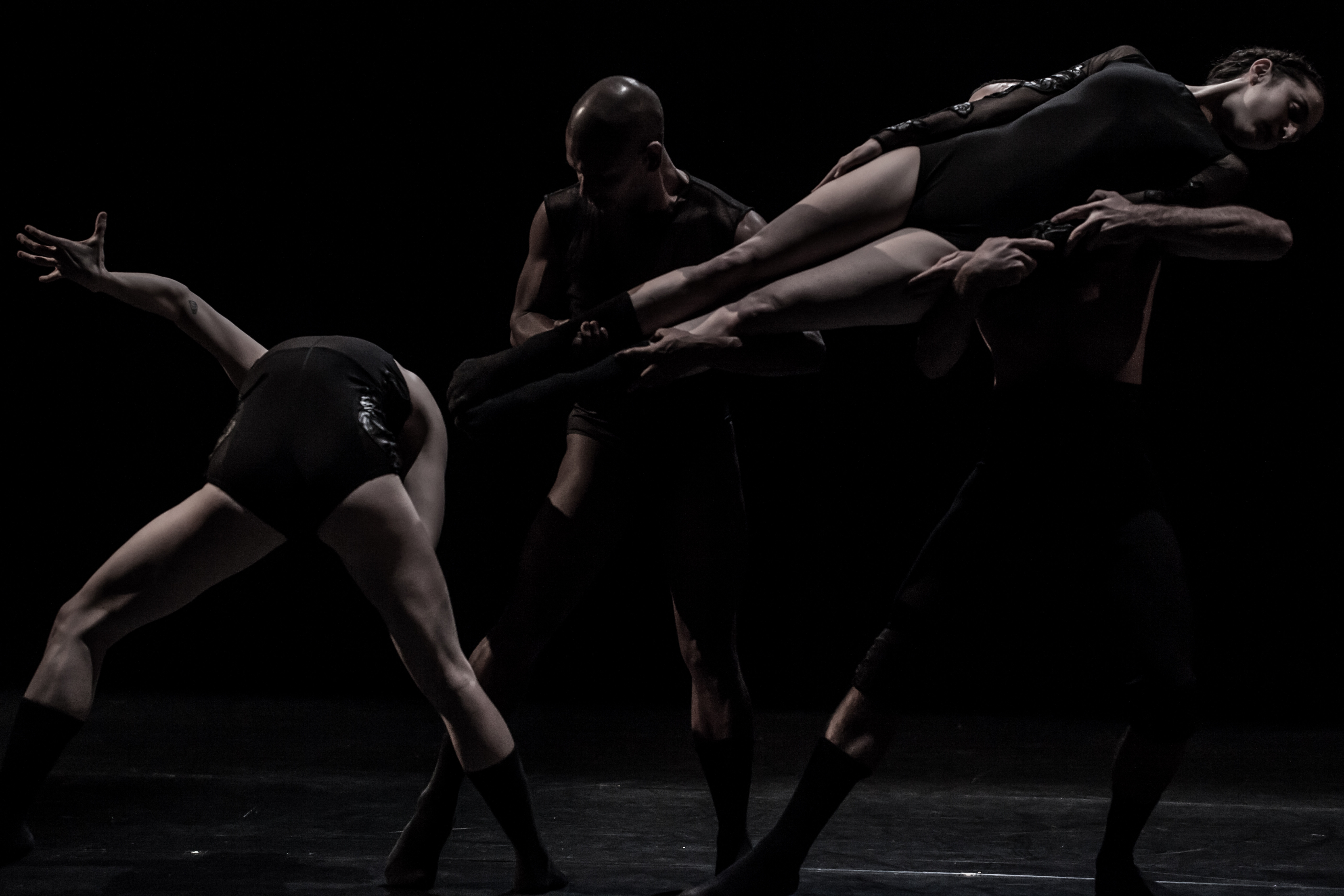 As more dancers enter the stage on precarious, tensed legs, one gets the distinct sense of unease with the alien, almost inhuman way with which they enter, each new figure threatening to bring Rebecca into their fold. Keren Lurie Pardes becomes a battering ram in the hands of Darren Devaney and Shamel Pitts, striking Rebecca and coercing her into joining the ‘noise’. Keren and Rebecca then perform a mirroring sequence with each other, considering each other as they reach out and touch, connecting physically, yet emotionally cold towards each other. There is a palpable tension in the air, and an antagonism between the dancers as they jab at each other’s eyes before absorbing each other’s essence, body to body as if simultaneously filled with hate and love for the condition.

Before long, they’re joined by Mariko Kakizaki and Gon Biran to round off the phalanx of dancers, and together, they form a dystopian whole, locked into a groupthink as they perform precise, synchronised movements. At times it seems as if one of them is attempting to break free, fear in their eyes as a split second lag or a pained, hollow yell suggests the brink of success, before they’re pulled into the dark void of OCD once again. This is further enhanced as Ori Lichtik’s music evolves along with the performance as more instrumentals and trance-like instrumentals are layered upon the soundscape, always rising and becoming increasingly complicated, and creating nervous energy with the expectation that the beat might eventually drop, but never does, keeping us constantly on edge. 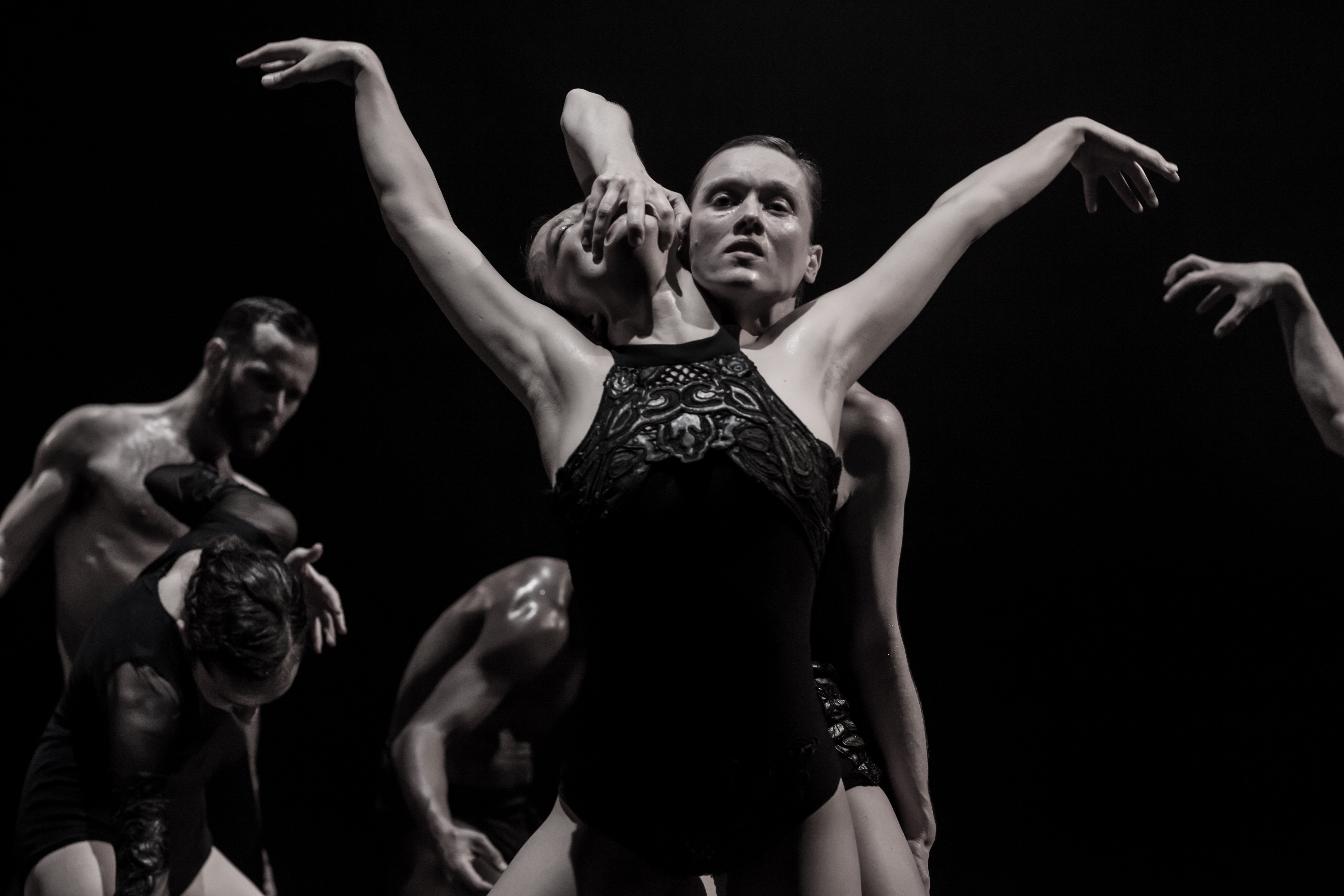 Eventually, Rebecca stops becoming our focus after some point, and dancers are given the opportunity to perform tormented solos and duets. Watching them is haunting and hypnotic; their onstage chemistry is always phenomenal, almost as if one can sense an invisible line that connects them together, despite very rarely physically touching one another. One feels as if there is a powerful, oppressive external force that compels their movements, and it’s impressive how each of them is able to maintain tense poses for long periods of time while almost constantly in motion. There is a savage, disturbing beauty that undercuts the insane energy displayed onstage, and the scenes we bear witness to are simultaneously horrifying and oddly alluring, impossible to tell if the dancers with rippling, muscular backs arched extreme are in agony or ecstasy. 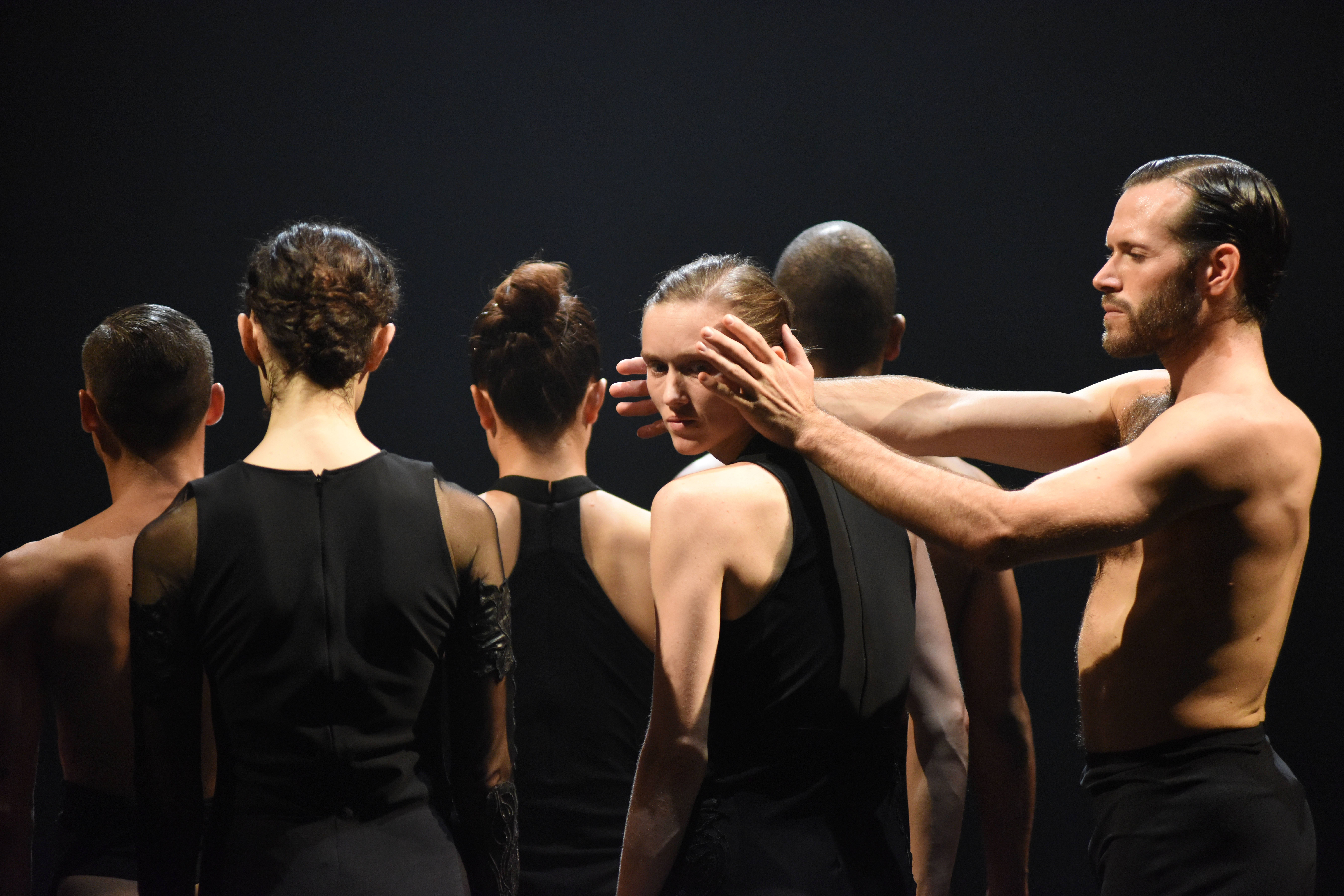 OCD Love has no happy ending – in attempting to regain control one last time, Rebecca Hytting’s own vision becomes obscured when Darren Devaney places his hands on her head and restricts what she can see, while Thierry Dreyfus’ lighting drowns the dancers in shadow as a blinding light emanates from backstage, reminiscent of the Greek myth of Orpheus and Eurydice as Rebecca looks back one last time at the light before she loosens her grip, and rejoins the nightmare fray of OCD. OCD Love is the physical manifestation of the individual tragedy of a lifelong mental disorder, cursed to suffer it alone, and leaves one disturbed by its content and awed by the skill and finesse displayed by L-E-V in this spellbinding contemporary depiction of a personal apocalypse.