Receiving critical acclaim at the Life! Theatre Awards after it premiered at the 2017 Singapore International Festival of the Arts, Pangdemonium’s Dragonflies has flown back for a second outing just 8 months later as part of their main season, with half the cast changed and an improved staging.

Directed by Tracie Pang and written by Stephanie Street, Dragonflies is set three years into the future, in a world that is becoming increasingly violent and inhospitable, both from extreme climate change and growing dissatisfaction from the masses, with a rise in xenophobia and political turmoil abound. UK-based Singaporean Leslie Chen (Adrian Pang) is going through his own little apocalypse – with the death of his wife, he no longer has claim to his home in Dorset, together with his adopted daughter Maxine (Elizabeth Morse), is forced to return to Singapore to start life anew. But even as he escapes the racial slurs, he faces new challenges, from uncaring, uncompassionate ‘just follow law’ policemen at immigration, to violent, fatal riots in Little India. Leslie is a well-written protagonist, and one always feels compelled to pray for his success each step of his tragic days. There is a genuine grief and pain that he visibly shoulders in each scene, but thankfully, coming down like a guardian angel, Leslie’s late wife Sandra (Shona Benson) acts as a light in his life during his darkest hours, giving him the strength to carry on. In a conversation with best friend and lawyer (Matt Grey), one cannot help but root for him when his eyes light up at the news that his house is being sold, something good finally happening to him, only to feel the weight of crushing devastation when it doesn’t go through later on.

Some of Dragonflies’ best assets lie in the undeniable chemistry between certain cast members. Adrian Pang and Tan Kheng Hua share a particularly strong bond, building up a believable siblingship through trading jocular insults with each other, as if they’ve already been doing this for years. In a touching scene towards the end of the play, the two share a quiet, tender moment as they draw strength from each other in the wake of their shared loss. Individually, Adrian once again excels when he plays paternal roles and shows genuine care for Maxine, while attempting to handle all the tragedies happening in life. Meanwhile, Kheng Hua performs a strong portrayal of a woman initially terse and unwilling to welcome her brother home, before coming to accept the new normal with open arms. 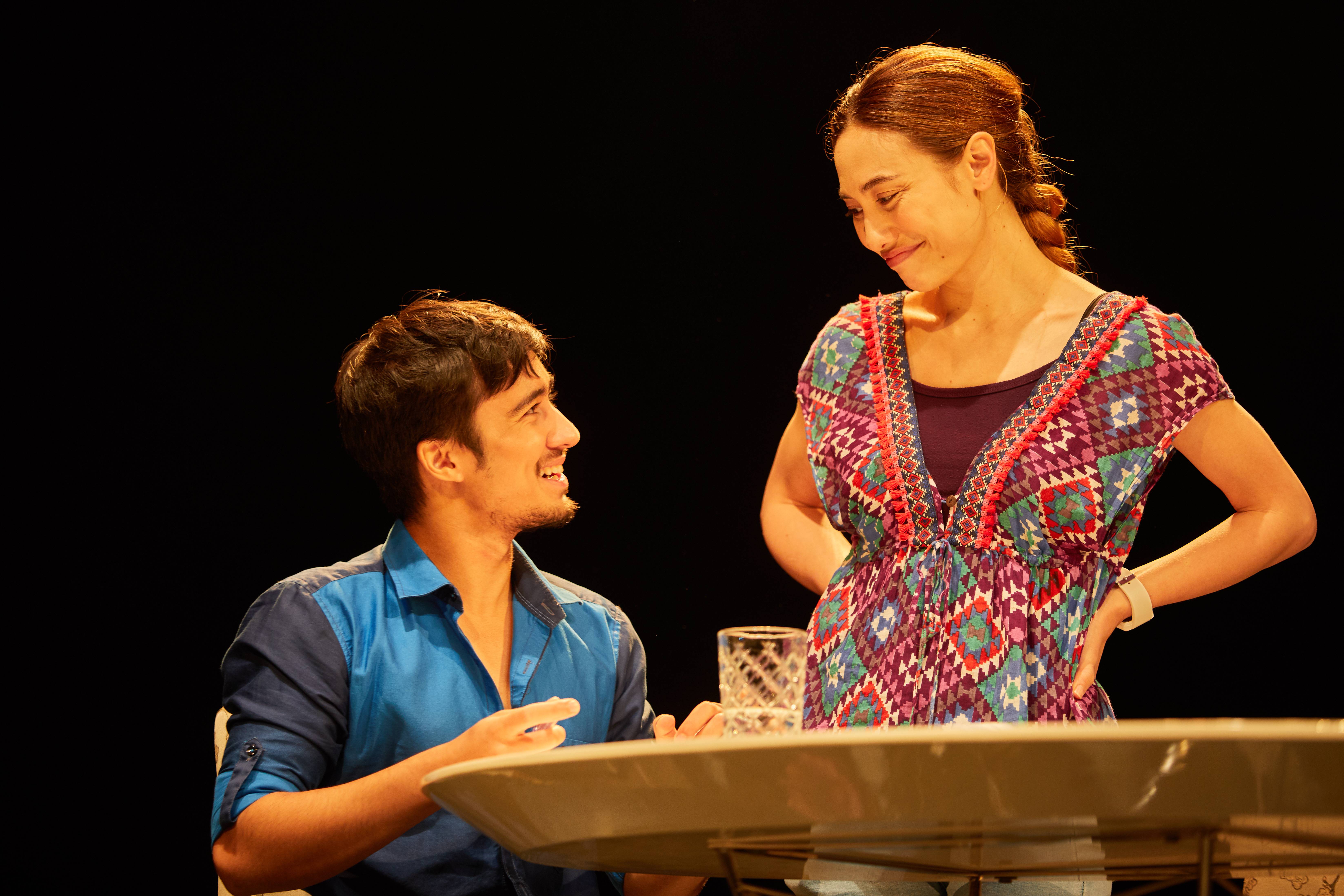 Also returning from the first run are Fanny Kee as Margaret (Leslie’s mother) and Frances Lee as Agnes, their Filipina domestic help. Fanny and Frances are a joy to watch each time they appear onstage, often a breath of fresh air amidst the heavy material covered in the script. Frances in particular nails her sassy, comic moments and Filipina accent, while immediately displaying the keen relationship she and Margaret share simply through their dinner conversation while watching a Channel 8 drama. It is this loveable kinship that makes their later separation all the more difficult to watch, as they shared their last moments together. 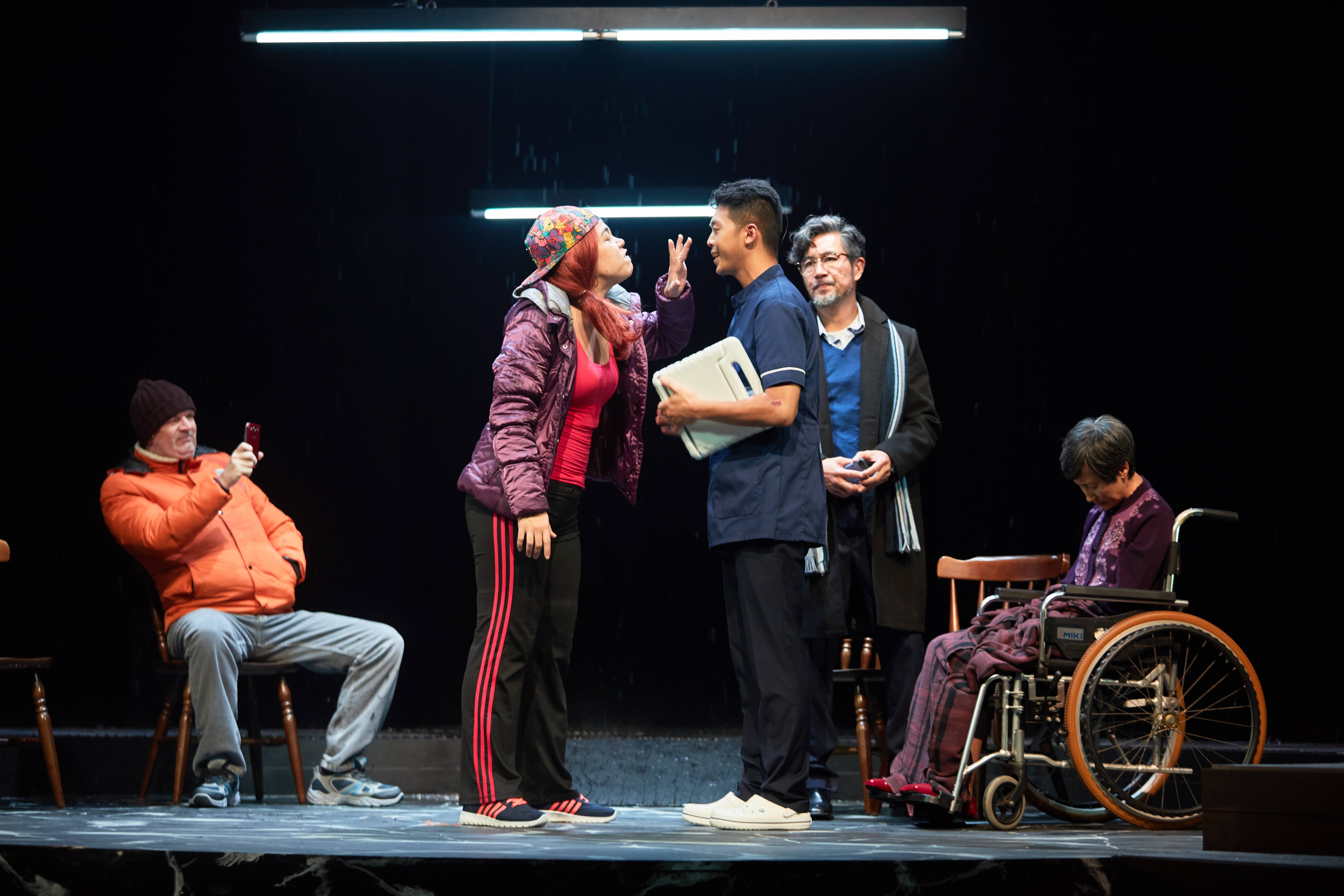 Kwok Wai Yin’s set design, while simple for the most part, steals the show each time it chooses to break past its minimalism and showcase its hidden intricacies – water rain down dramatically upon the black-clad cast, setting the gloomy atmosphere for the dour funeral scene, a good depiction of ever-rainy England in contrast to dry Singapore. Meanwhile, our perception of space is played with when lights descend low to give the impression of a cramped, claustrophobic hospital waiting room, or when a length of quilted cloth is spread into a giant teepee, filling the entire stage with red and orange. Throughout the play, there is plenty of attention to even the smallest of detail, such as Margaret choosing to make the quintessentially Chinese claypot rice while visiting England, creating an immediate sense of warmth and homeliness even in the dreary weather of the UK. 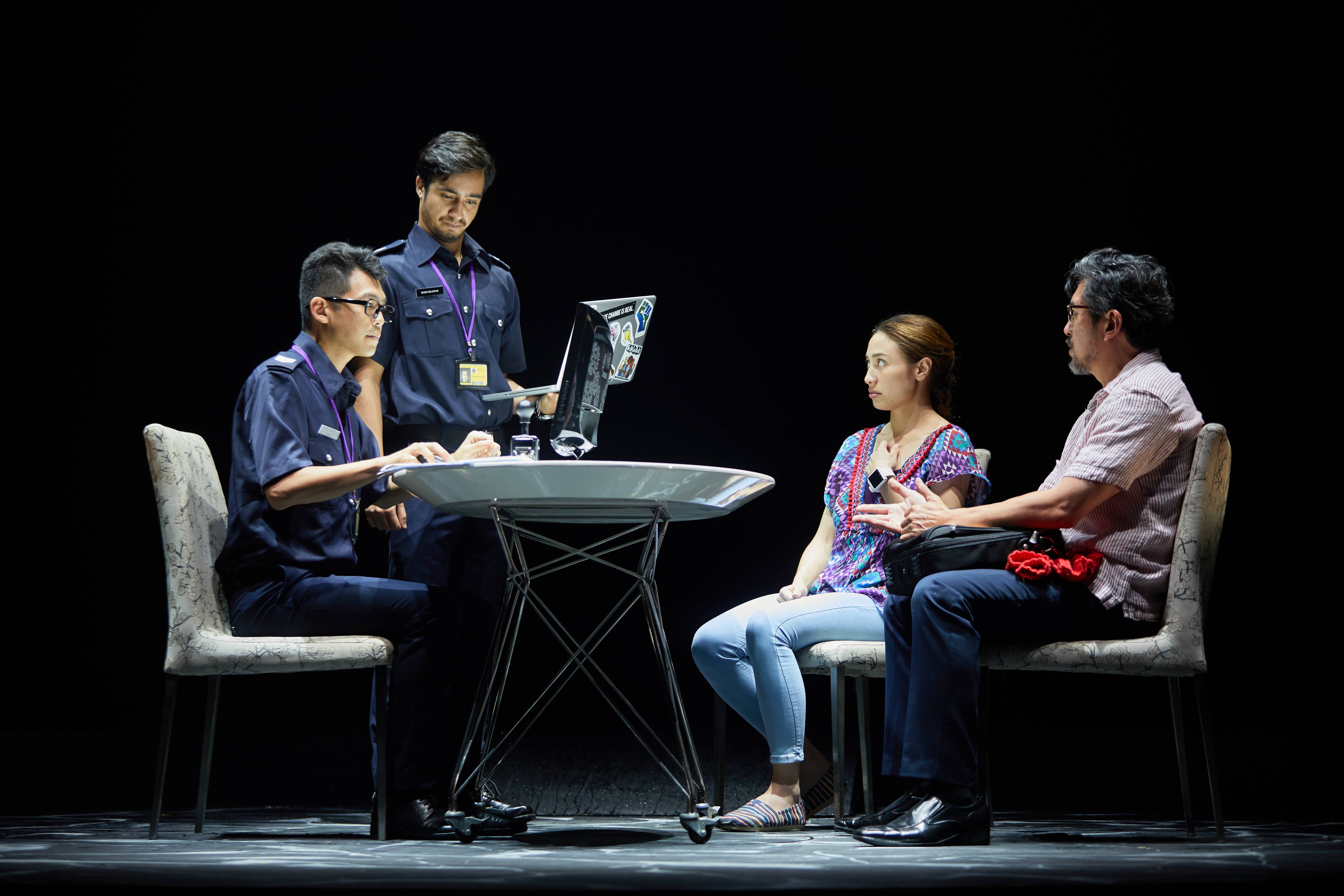 Dragonflies is also not without its flaws – there are times the script feels overambitious with the sheer amount of issues it tries to cover, and certain scenes feel extraneous rather than significant. In retrospective, while the writing and speech is realistic enough, Dragonflies at times seems like it presents an outsider’s view looking in on Singapore with its stereotypical characters, and our sunny island feels disarmingly foreign at times. There are times this works to the play’s advantage and brings out its themes – alienating us from this version of Singapore makes us feel like foreigners in our own country, as Leslie must no doubt feel returning after an extended absence. At the same time, certain characters feel underwritten, such as Maxine feeling like a caricature of an entitled teenager trying to find fault with all that is going on in the world, defined by her causes and actions rather than her personality, and the romance plot between her and Asif (Jamil Schulze) unnatural and forced. 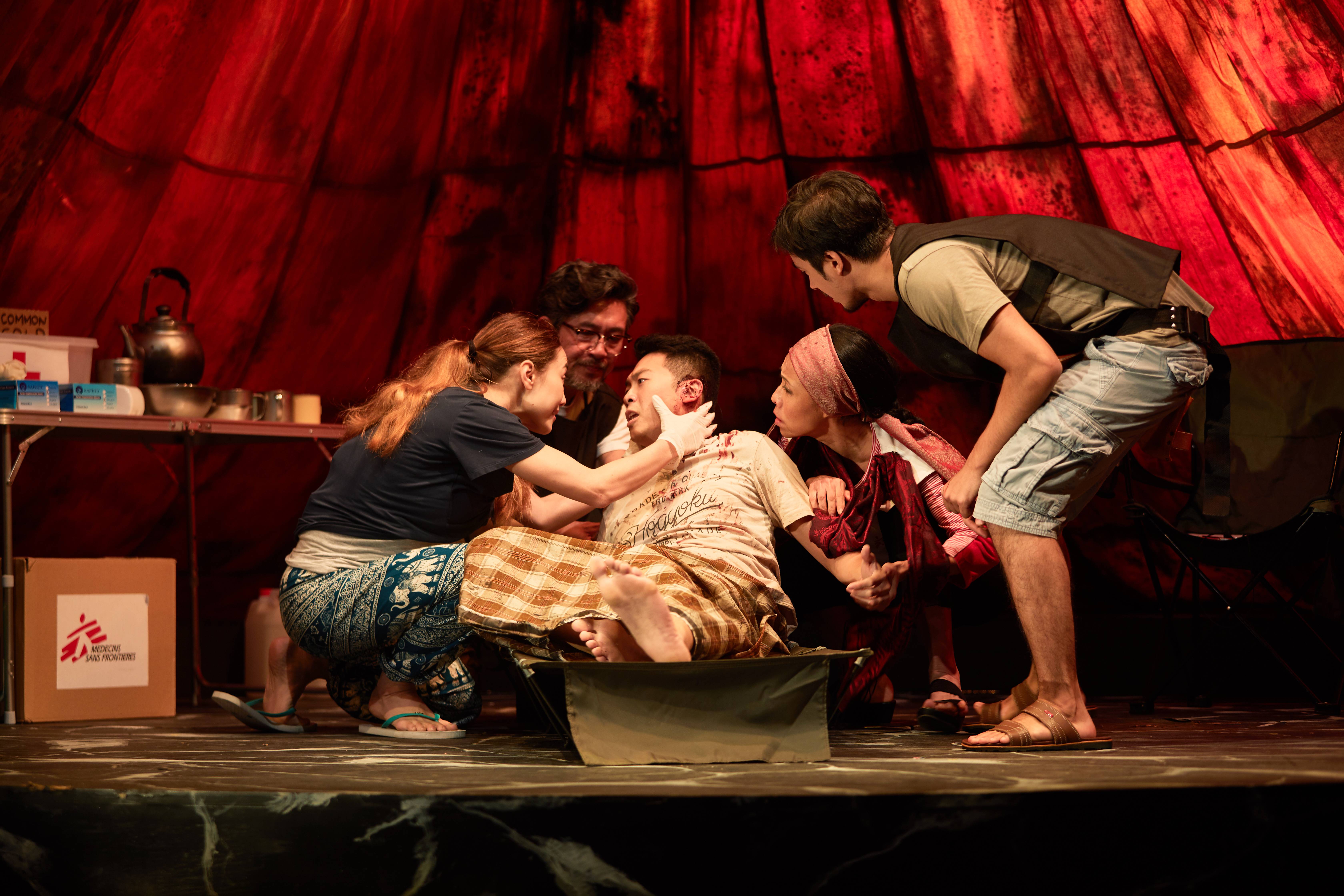 As Dragonflies reaches its finale, all the tumultuous sturm and drang of the past two hours results in a powerful vision of hope even farther down the future. At the end of the show, when one hears the rapid wingbeats of dragonflies play, our imaginations are imbued with the belief that somewhere out there, beyond the chaos and tragedies of today, life goes on.