As the Orchestra of the Music Makers commemorates their 10th anniversary in 2018, there’s no better way to celebrate than with a massive performance uniting some of the most diverse genres of music with composer Leonard Bernstein’s Mass. Best known for composing West Side Story, Bernstein’s Mass brings together Broadway, jazz, Western art music, epic chorus, orchestral works and more in this ambitious undertaking, and in its Singaporean premiere, will involve over 230 performers. 2018 also marks Bernstein’s Centennial, making Bernstein’s Mass the perfect production to choose for a double anniversary celebration.

We spoke to conductor Joshua Kangming Tan and director Edith Podesta to shed some light on the significance of Mass today, the challenges of taking on such a massive production, and what audiences can expect of the performance this Saturday. Read the interview in full below: 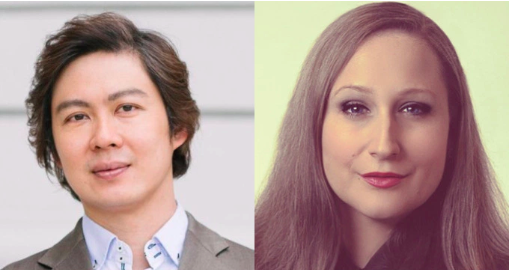 Bakchormeeboy: Compared to last year’s Hansel and Gretel, Bernstein’s Mass is a much bigger project in terms of scale and ambition (230 performers). What are the challenges of handling such a big project, especially with regards to its varied music and performance forms?

Edith: It’s actually not a challenge but pure joy to be surrounded by so many talented creative people! To have 230 performers on stage at once will be such a treat for the audience – the Concert Hall will be bursting at the seams!!

I am using the shifts in style from blues, rock, gospel, folk, to Broadway to illuminate the breaking apart- and breaking open of one man’s heart, and will be employing the architecture of the concert hall and multi-media to help tell the story.

Joshua: Logistically it is extremely challenging. Due to the limitation in space, it is quite a puzzle trying to figure out where best to place everyone on stage. There are different numbers where the soloists will sing with different groups of instruments and it is always more beneficial to have them as close as possible.

This work is demanding musically as it requires flexibility from the performers in terms of style. Sometimes one is required to sing in a classical style, at times blues or rock. Coming to terms with that and switching on the fly is difficult but at the same time, very enjoyable.

Bakchormeeboy: What is the relevance of Bernstein’s Mass in today’s time, and what compelled the Orchestra of Music Makers to produce it this year?

Edith: I believe that Bernstein’s Mass is timeless, we all will suffer or have suffered a crisis of faith at some point in our lives – and I’m not just speaking about spirituality, but faith in people, in work, in relationships and love. The ‘Mass’ lays bare the pain and confusion of one man echoed in stereo by those around him; vocally by the soloists and emotionally by the orchestra. Some of the songs are really heartbreaking – some because they expose the underbelly of humanity, and some are painful because of their beauty and purity of love. Bernstein’s ‘Mass’ asks the audience to reaffirm their own faith in humanity and honor the people and ideals we live with and love.

Joshua: Great art reflects the human condition. This does not change throughout time. We face the same questions that people 2000 years ago did and so too will future generations. Of community, faith, spirituality, inter human relationships. All of which is addressed in the Mass.

Bakchormeeboy: What was the casting process like, especially for Kevin Vortmann as the Celebrant and the decision to collaborate with regional group Himig Sanghaya?

Joshua: The celebrant is a very unique role. The demands on the character and vocal technique is of course quite different from what we have ever seen. The team and I discussed the type of celebrant or character that we would love for this production and based on this, we thought Kevin will be most suitable. We knew we made the right choice from the first minute he arrived in Singapore.

The role required of the street singers is also very unusual. They double up as soloists too. Many of them have very significant solo parts. As I mentioned earlier, they need to sing in very varied styles as well. We knew that the Philippines has the strongest choral tradition in this region, with very strong trained voices. Therefore it was a very natural and logical artistic choice to collaborate with Himig Sanghaya.

Bakchormeeboy: Opera can feel like a very daunting art form reserved for the elite, but a mass suggests accessibility and openness to everyone. How will Mass be able to connect to and appeal to people who might not usually attend operatic performances?

Edith: The ‘Mass’ is sometimes called a dramatic pageant, but I see it more as a musical than an opera. Broadway composer Stephen Schwartz (who composed and wrote for the Broadway hit Wicked), and American singer-songwriter Paul Simon also collaborated with Bernstein on the piece so there is something for everyone! June 2nd will be the premiere of the ‘Mass’ in Singapore – not to be missed!!

Joshua: For me classical music and opera was never meant or reserved for the elites. It’s just something that happened along performing art history that served to create that notion. Opera is a very accessible art if surtitles are provided to help the audience understand what’s going on.

Just to clarify the Mass is strictly not an opera. Neither is it a mass in the traditional sense. It’s not music that’s meant for a ritual. Rather it’s is more like a cross between opera, theatre and absolute music. The audience witness a mass that is ongoing with numerous personal interjections in between the more traditional elements of the mass. Thus the disparate styles