As part of the 2018 edition of the Lab Projects, Toy Factory presents Watching, the second new play to be staged in their home in Chinatown at NOWPlaying@17. Written and directed by Toy Factoy associate artistic director Stanley Seah, Watching follows Tony, a boy still waiting to enlist for the dreaded National Service. But instead of making ‘the most of his time’ doing part time work or learning something new, Tony wastes his days away watching programmes on the flat-screen TV bought by his over achieving, scholarship yielding older sister. But things take a turn for the absurdist when the TV starts talking to him. We spoke to writer/director Stanley Seah and cast member Jon Cancio and found out a little more about the play’s origins and preparation process, read the interview in full below: 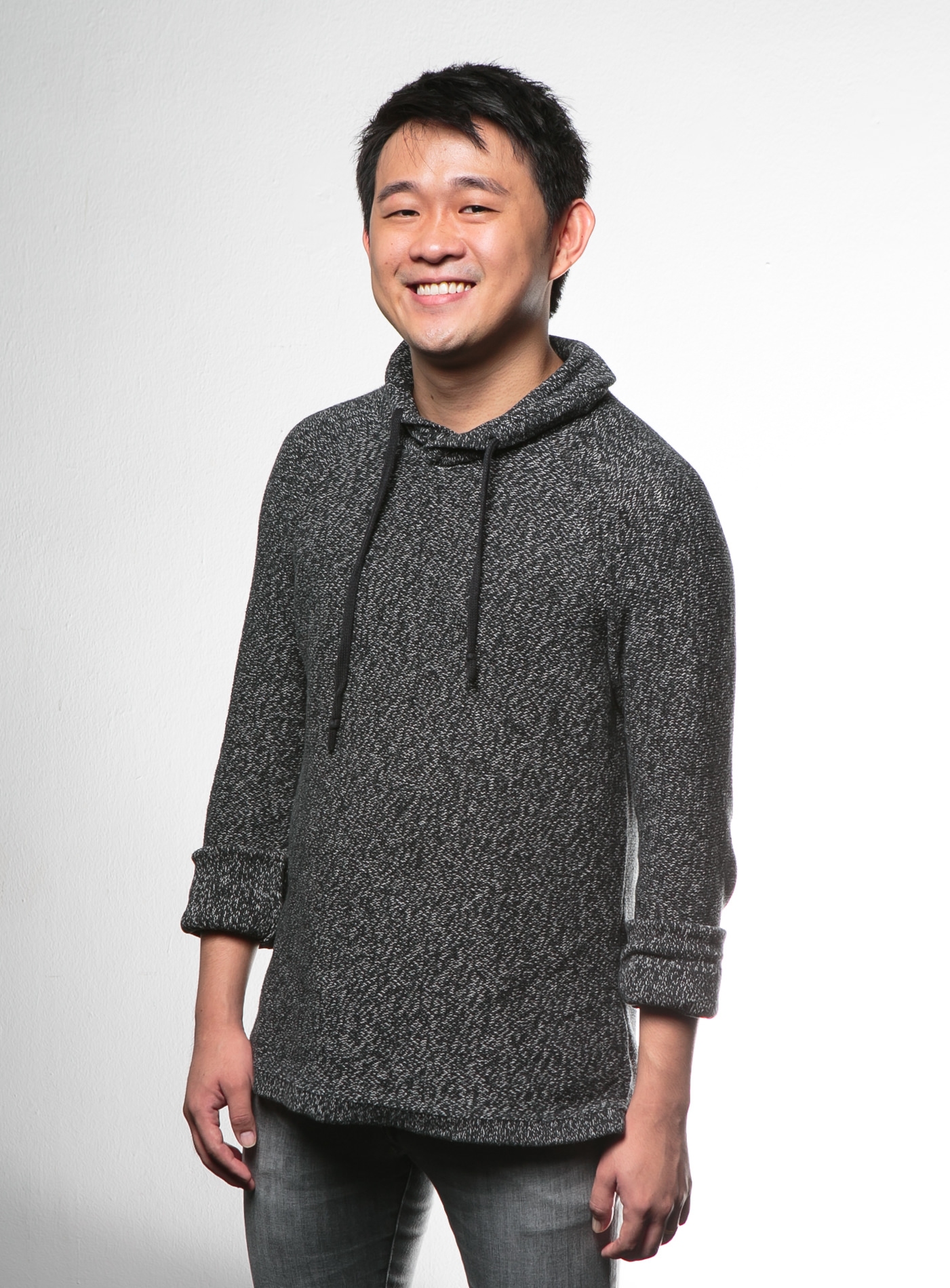 Bakchormeeboy: What was the inspiration behind writing Watching?

Stanley: Growing up in the late 90s, my favourite music was churned out by the rock band Oasis, and after they split, the better half of the Gallagher brothers, Noel, started his own band called Noel Gallagher’s High Flying Birds. In their first album’s marquee song’s The Death of You and Me outro, Noel croons: “I’m watching my TV, or is it watching me?” and I thought… genius!

I’ve always been inspired by any kind of absurd commentary on the naturally anti-social nature of the humankind. It helps that society has become this absurdist play for many, many, many people.

Have you walked in that tunnel that links the EW and NE line in Outram Park MRT? I do it every day… and the 8.30am crowd is immense – but completely disconnected. Usually this is the point the artist criticises a cold and unfeeling world but that’s not what I’m on about. There is comfort in a thousand people being anti-social together. It’s beautiful, it’s massive, it’s the equivalent of finding a girlfriend you can just quietly sit on the dining room table and enjoy each other’s company without always having to fish for a meaningful conversation. It’s bliss.

Those are some of the things that inspired me to write this play. (plus more but I think then it will be too much information!)

Bakchormeeboy: What makes Watching so different from anything we might have watched in the theatre so far?

Stanley: Theatre has always been about the experience of the audience for me. As a director, you are inclined to find the right relationship with the audiences and I think this will be a staging that will investigate just that. I’m excited to be working on this staging in a shophouse like NOWplaying@17 because it creates a new experience for the audiences – every time you watch a show there, you will almost always come out having experienced some form of innovation for staged storytelling.

Watching will attempt to give the best possible experience to our audiences, to make them so involved without so much as lifting a finger. It will be liberating and I hope the differences we tweak from the conventional style of setting up a theatre space will make a whale of a difference in this said experience.

Bakchormeeboy: As associate artistic director of Toy Factory, will Toy Factory’s lab projects become a regular affair? What kind of plays do you hope to continue developing from this project?

Stanley: It must! And it has to continue to be something that the industry as a whole practice more and more. We are moving away from staging classics or things that have already been staged, and I think the reason for that is because there is a yearning – artists & audiences – to create and watch creations we can call our own. This is such a wonderful direction to take but it means more original creations – and original works should be allowed the time to fester, grow, cook and mature. Pushing them to the main stage immediately is seldom the answer.

I’d love to continue developing absurdist works as a reflection of our society. It is, to me, the most relevant way to see how our world ticks.

Bakchormeeboy: What do you hope audience walk away with after Watching?

Stanley: I hope the audience will find it hard to walk away from the show, because I hope that by the end of the hour they would be so used and comfortable to being that flower pot, shoe rack or kitchen counter they are pretending to be throughout the play. (Come to watch and you’ll understand!)

I also hope that by coming to watch a developing concept, audiences will be thrilled by choosing to be an investor for one of the stories that will eventually (very hopefully) become part of the repertoire of the stories we have created on our small island. 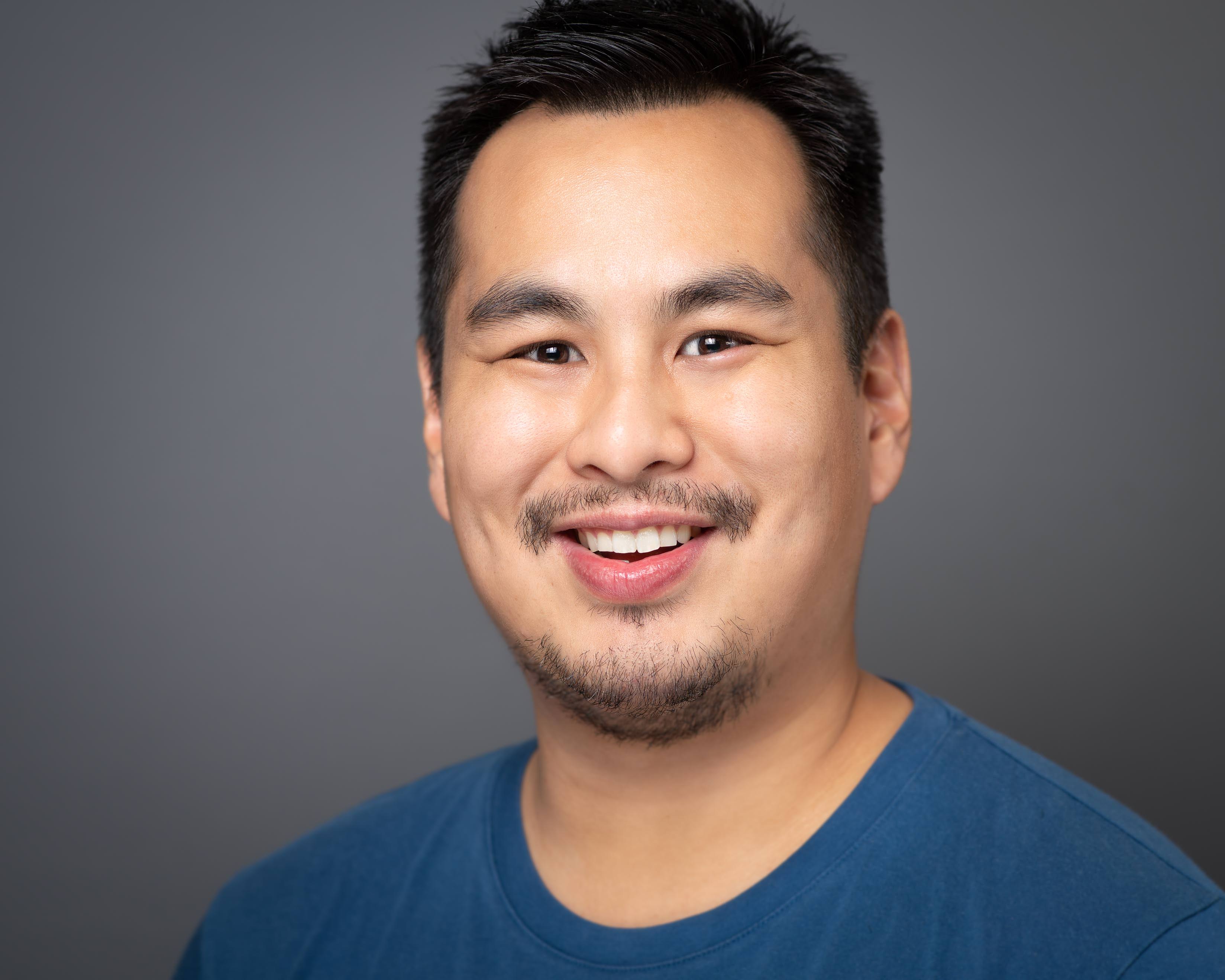 Bakchormeeboy: Tell us about the role you play and how you’ve been preparing for it.

Jon: In Watching, I play the role of the Television. Depending on your interpretation of show, he could be the embodiment or the manifestation of a couple different things.  Is he that personal inner voice trying to come out? The collective consciousness of society reaching out to a troubled young man? Or just a guy from Korea named Samuel Sung who has boundary issues? Perhaps he’s a little bit of all that and more?

In preparation for the role, I’ve sought to answer that question myself: just who is the television? What does he learn from watching those that watch him? Writer and director Stanley Seah, has crafted a wonderfully witty and introspective look at the plight of the young, Singaporean man entering NS, and it’s my job to get his message across. Luckily, it is a job that has been made all that much easier by working with such an amazing and committed cast and crew.

Bakchormeeboy: What made you decide to take on this role in the first place?

Jon: I received an email from Toy Factory, the theatre company behind the show, saying that they have a new play and they want me to play the role of a talking tv – I was immediately hooked in. Ask anyone who knows me and they’ll tell you how much of a television addict I am and how incredibly and annoyingly talkative I can be. So, if there was ever a role that I was born to play, it is that of a talking tv. I am just grateful that Stanley and Toy Factory seem to agree with me, as the chance to work with a such a distinguished theatre company is quite the honour.

Bakchormeeboy: In addition to being an actor/entertainer, you’re also a photographer. How do you think your experience as a photographer informs your performances as an actor, and vice versa?

Jon: Performing and making portraits, with my primary focus in photography, are remarkably similar. In both art forms, your main goal is to tell a story and reveal something truthful.  When I am performing for an audience, I try to connect with them. It’s exactly the same when I’m taking pictures – I try to make a connection with people, be it the subject I’m shooting in the moment or the people who will view the photograph later.  If I’m doing either job right, hopefully I’ll put some smiles on some faces too.

Bakchormeeboy: Watching is about a man who is waiting for NS to begin. What were you doing while waiting for NS, and if you could go back in time, would you do anything differently?

Jon: As someone not originally from Singapore, I never had to do National Service. That said, the themes explored in Watching: fear, believing the world is unfair, and having to grow up, are universal themes that we can all relate too. Also, I feel that being eighteen is pretty tough for just about anyone.

If I could go back in time, I would love to give my younger self some advice. I’d tell me, “Hey man, it’s going be ok. Yes, things are scary, the world is unfair, and often times you’re going have to do things you really don’t want to do. But that’s how we grow and become better. Laugh easily and love freely and it’ll all be ok. …oh, and make sure to buy some bitcoin when it comes out. Trust me. Seriously. If you take nothing away from the future me magically appearing here in front of you, for the love of all things, buy some damn Bitcoin!! Everything would be much more than ok If you just buy like, a thousand Bitcoin. Ok, I’m heading back to 2018. See ya! (…don’t forget: Bitcoin)”