Toy Factory is having an incredibly busy year – they’ve already staged three brand new productions in 2018, ranging from epic hundred year musical to loving comedy tribute, and all of which were presented in Mandarin or Mandarin dialects. But this July, something quintessentially Singaporean will be coming your way, with the first ever stage adaptation of the only MOE-prescribed Singaporean O-Level Literature text – Here and Beyond: 12 Stories.

Edited by local writer Cyril Wong, Here and Beyond features 12 stories by local writers S. Rajaratnam, Yeo Wei Wei, Goh Sin Tub, Simon Tay, Stephanie Ye, Alfian Sa’at, Suchen Christine Lim, Wena Poon, O Thiam Chin, Claire Tham, Philip Jeyaretnam and Felix Cheong, all of which revolve around Singapore and Singaporeans across the spectrum. Says director and Toy Factory assistant artistic director Stanley Seah: “I just came back from the UK, and while I was there I really missed Singapore. Having been an educator before, I really wanted to do something for our students. We were talking about how books like The Curious Incident of the Dog In the Night-time were adapted for stage and were part of our literary repertoire, and I wondered if there were any local O-level texts we could adapt and stage in the same vein. While I do appreciate that Here and Beyond is on the list, I was surprised there weren’t more local authors being studied. Is it that difficult to celebrate local writing, be it literature or a new local play?”

On why we should champion local literature, Stanley explains: “Personally, I love reading local work because there’s this immediate sense of connection. There was this book I read as a 12 year old which described a scene where some gangsters came to a coffee shop and demanded money from them. My own family operates a coffee shop, and when the whole group of gangsters demanded one drink each, I felt the pain of the owners, because just doing that is enough to cripple a day’s earnings. ”

He continues: “With Here and Beyond, I hope I can give the students perspective. I was telling the literature teachers that if the students come and watch it, they can imagine how these characters and situations might be brought to life. And if they hate it, they’ll be able to go home and learn how to form an argument about why this character shouldn’t be portrayed this way. I want this work to resonate with the students, and whether they love it or hate it, it’s still a win-win situation for them!”

But of course, Stanley assures us that Here and Beyond will be a work of visual splendour, with a strong focus on the design elements ensuring the full theatrical treatment of the text. Says Stanley: “There are stories that are dialogue heavy and can easily be adapted into a script. But then, other stories have a very visual language, so there’s potential to do more with it. In The Tiger, for example, we’re creating the sense of a jungle with audio elements and of course a tiger in the play. Petrina Dawn Tan acts as both our set and lighting designer; she has a real eye for telling stories, and we’re hoping to create some kind of installation onstage to help weave it all together thematically.”

Adapting 12 stories is no mean feat, but Stanley was insistent that all 12 be adapted faithfully and remain loyal to the language used by the original text. Says Stanley: “It’s not Here and Beyond if you don’t do all 12, but I’m also keeping each story to 10-15 minutes. I am a restless audience member, so I have to keep it brief so my own audiences don’t get fidgety and restless themselves.”

He adds: “I’m honestly amazed by how quickly all 12 authors said yes to the stage adaptation. Everyone can be so precious about their own stories, but when we approached them they gave us the ok within a week. It’s not just a question of getting approval from the publisher (Ethos Books), but to get the support of the authors is very reassuring. As for Ethos, they’ve been providing a lot of marketing support, and they’re artistic partners to us, always kept in the loop and their opinions do matter a lot to me.”

In terms of the casting, Here and Beyond features a mix of veterans, frequent Toy Factory collaborators, and newcomers to the theatre scene, namely Abby Lai, Darren Guo, Timothy Nga, Irfan Kasban, Jolene Wong, Tan Rui Shan and Rusydina Afiqah. Together, these seven actors will play around 49 characters in the entire play, and Stanley required versatility in their acting. Says Stanley: “Each of my cast come with their own strengths and are all strong performers in their own right – Irfan worked with us on Sejarah-ku last year, creating some gorgeous shadow puppetry and visual effects we hope to bring to this production, Timothy has a wealth of knowledge about stage movement, Darren has a lot of experience with puppetry, and Rui Shan can sing.”

Of the cast members, a new face audience members will be seeing is Jolene Wong. A recent graduate from Lasalle’s acting course, Jolene comes from an unusual background – marine biology, and Here and Beyond will be her first professional acting credit. Says Jolene: “A big part of why I became an actor is because I love telling stories. Here and Beyond is precisely about that, and in particular, I want to tell Singapore stories about Singaporeans.”

Jolene will be playing a number of characters during Here and Beyond, ranging from the oldest iteration of a character in Here Comes the Sun living in an old folks home, to an initially ‘villainous’ employer of a domestic helper in Gloria, to the ex-wife of the protagonist of True Singapore Ghost Story. Says Jolene: “Besides the variety of characters, one of the challenges I think would be in the narration. There are times when writing doesn’t translate well to storytelling, and when audiences listen to those words their brain can switch off. But there’s so much gorgeous writing that we can’t deviate from the stories or the language, and we have to keep each one’s integrity. Our challenge then, is to remain loyal to the writing in telling the story without it regressing to noise in audience’s minds.” 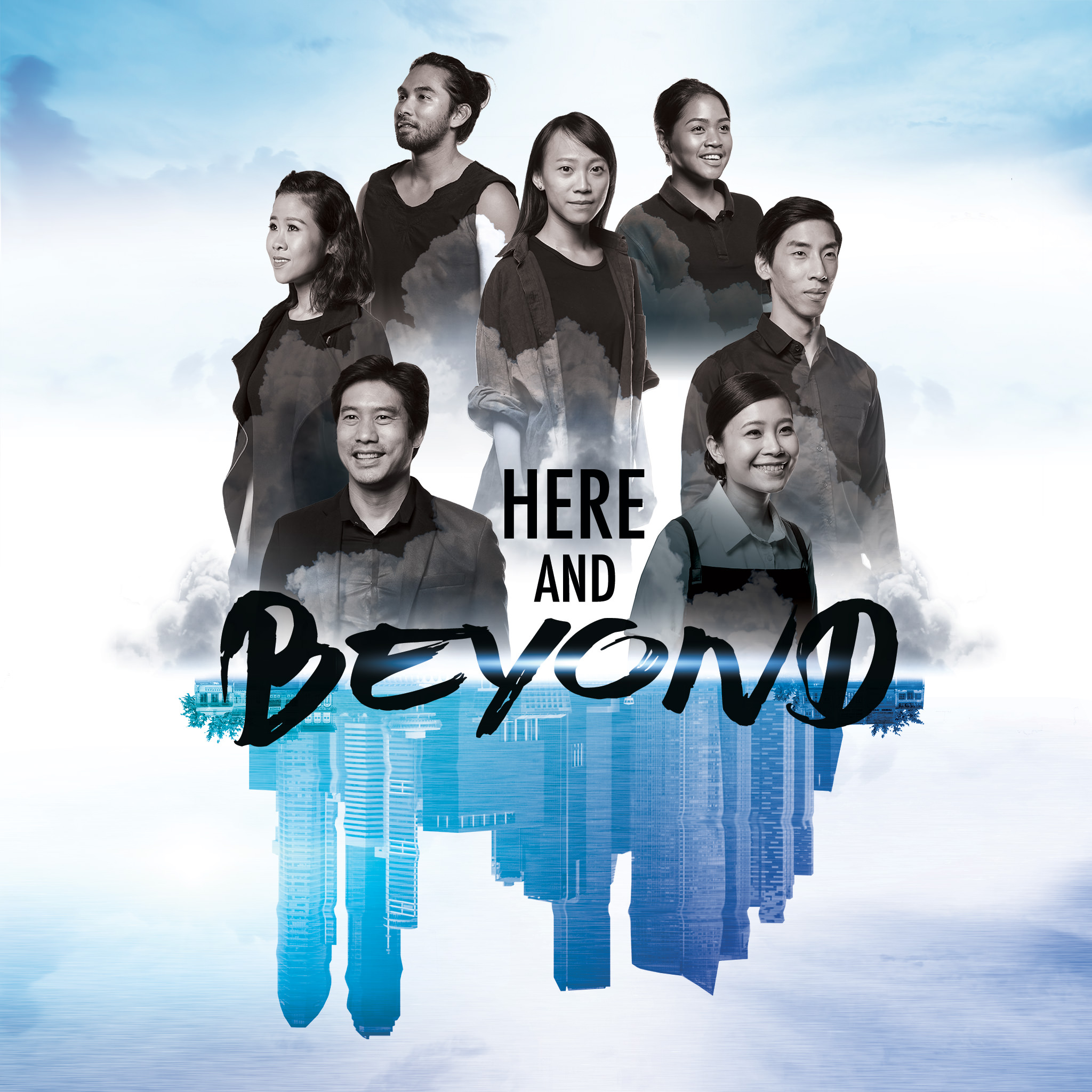 Stanley concludes: “When I read these stories, I think back to each time I’m on my way home in a cab from Changi Airport. Each time it goes onto the MCE, I see the skyline, and I think it’s the most magical thing in the world. It’s the one thing that’s always beautiful to me, and no other country in the world can replicate that. And for me, it’s really what represents home.”

Here and Beyond plays at the SOTA Drama Theatre from 19th – 28th July. Tickets available from SISTIC

0 comments on “Reflections on a Skyline: An Interview with Here and Beyond Director Stanley Seah and Cast Member Jolene Wong”