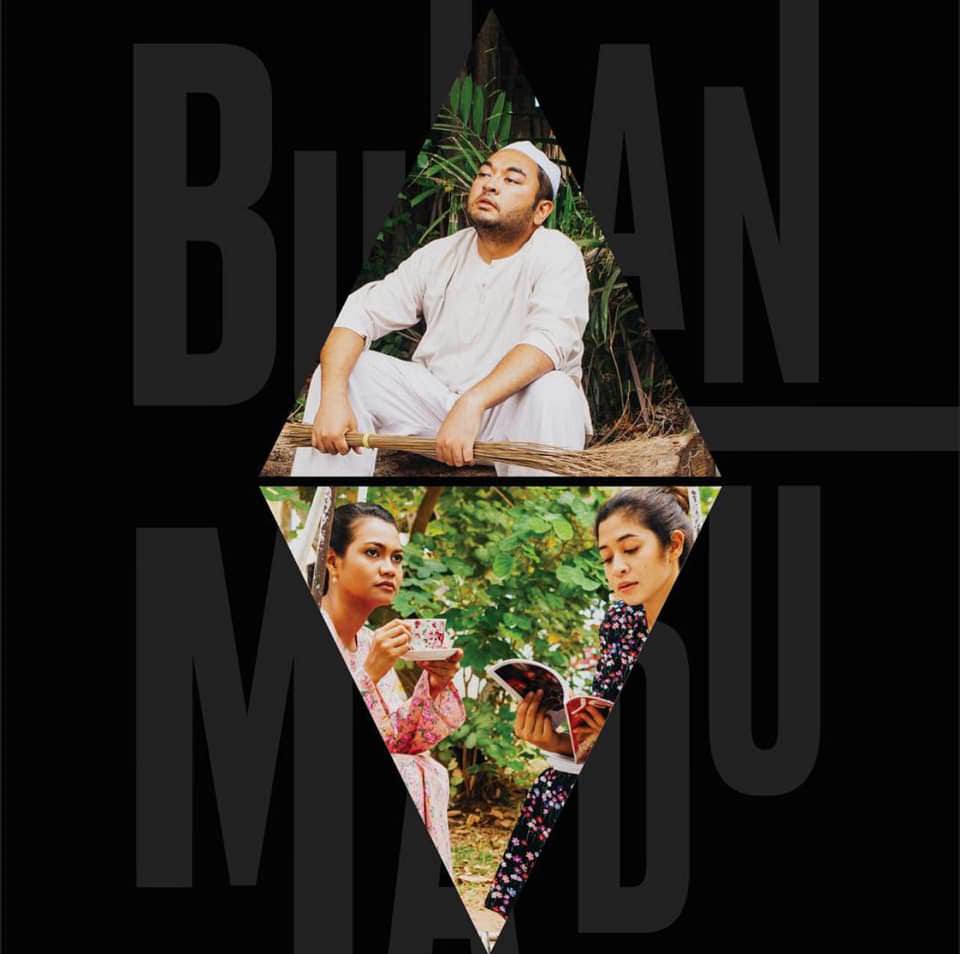 This week, as part of Malay CultureFest 2018, Teater Ekamatra will be presenting a double bill of Malay plays by playwright Alfian Sa’at, both of which received rave reviews when they played across Singapore and Malaysia. Taking on the combined title Bulan Madu (literally ‘honeymoon’), both Anak Bulan di Kampong Wa’ Hassan and Madu Dua explore quintessential issues of the Malay and Muslim identity, be it in issues of space or even marriage.

We spoke to actors Adib Kosnan and Munah Bagharib to find out a little more about what to expect from both plays, and how they’ve been preparing. Read the interviews in full below: 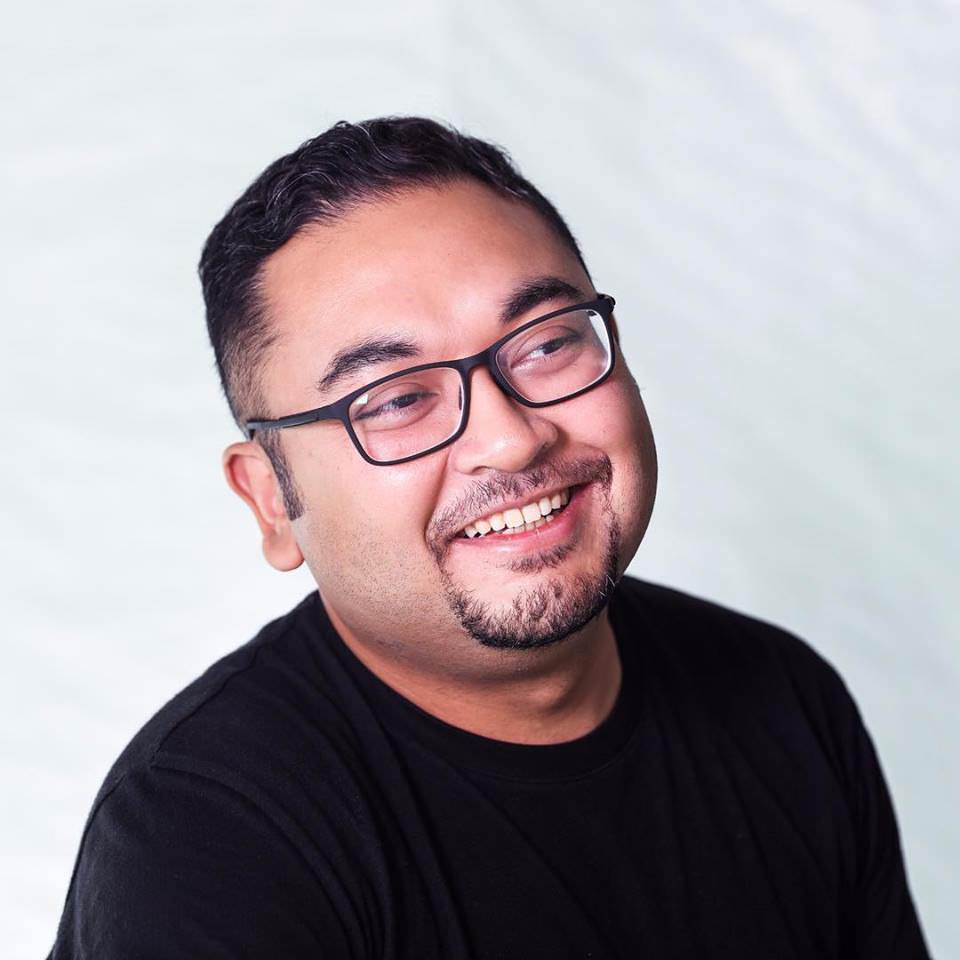 Bakchormeeboy: What drew you to working on Anak Bulan di Kampong Wa’ Hassan?

Adib: Kampong Wa’Hassan was one of the last Malay Kampongs around before the area became developed. The play deals with ideas of loss, particularly due to this new disconnect we have with a physical space and the memories associated with it, yet strangely foreign due to us not having the experience of actually living in a Kampong. As a Malay person, we have history and connections not only to the local community, but also ancestry in the greater Nusantara region around us. Being able to see the former site of Kampong Wa’Hassan, it makes you think about what defines progress, and in fact, I actually live very close to where it is, and I always think about how life might have been for its inhabitants. 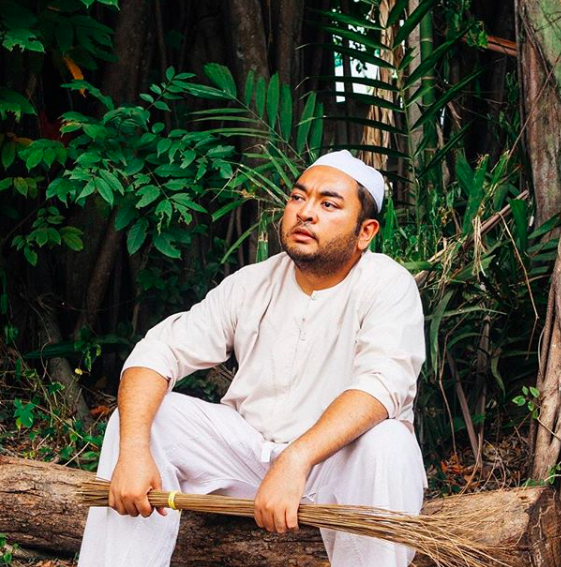 Bakchormeeboy: Tell us a little more about the rehearsal process of leading up to the show and some of the characters you play.

Adib: My director Noor Effendy is a very visual director, so we use a lot of photos as reference points. There’s always this real sense of creating something together, and I look to him a lot for guidance, in terms of getting the emotions right. This is a show all about storytelling, and I’m always concerned whether I’m doing justice to all these characters, and it’s great that Effendy gives me so much freedom working on them together with him. In terms of the characters, well, the one who opens the play is this caretaker at a mosque. The mosque is one of the few things left behind, and when everyone leaves, he’s always the last one there, and I think it’s very interesting to play him. It’s a very personal story he tells, and it really makes you think about what it means to be left behind, and how to prevent that. 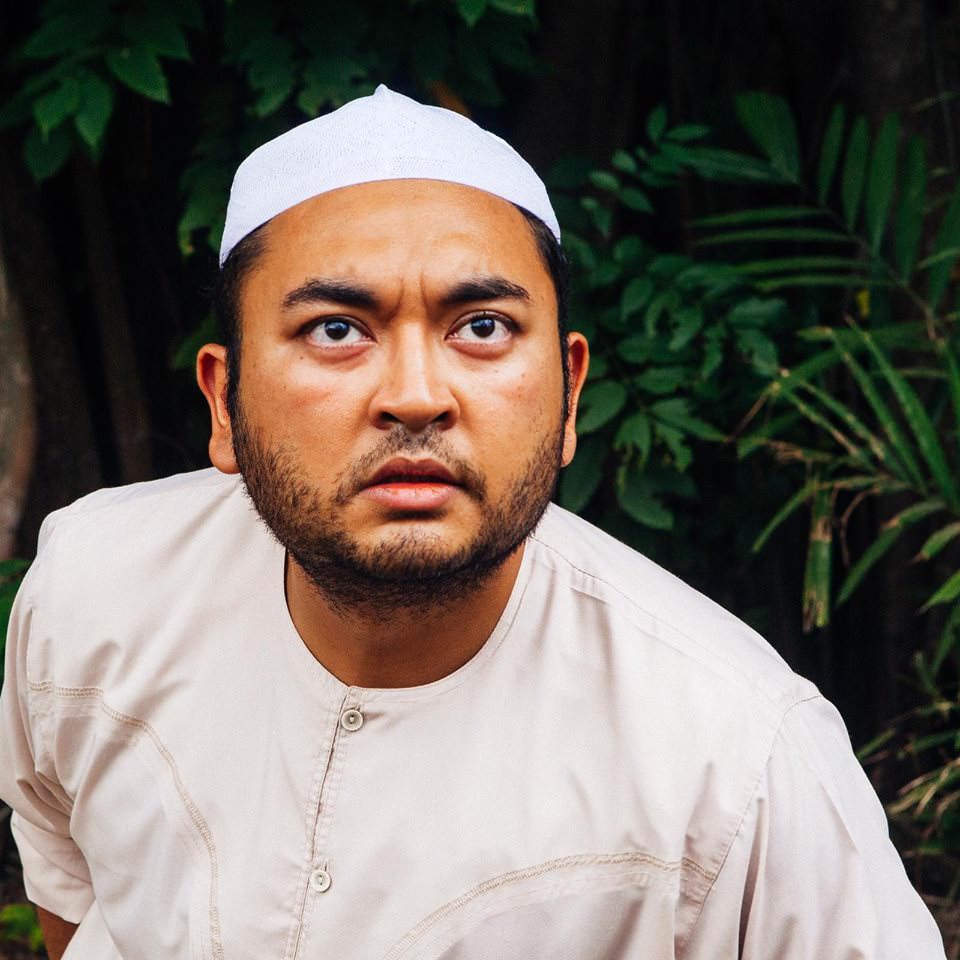 Bakchormeeboy: What do you hope audiences walk away with?

Adib: I think everyone can get something out of this play, and really gets you to reflect on where you are in your own life’s journey. All the these characters are very real, and they’ve all gone through issues of displacement and having to start again. There’s a big overarching theme of change, uprootedness, and understanding that life doesn’t always have to be this way. It’s not just a story about a Kampong, but about changes in our lives we’re all forced to go through, as we look beyond the now and question the past. 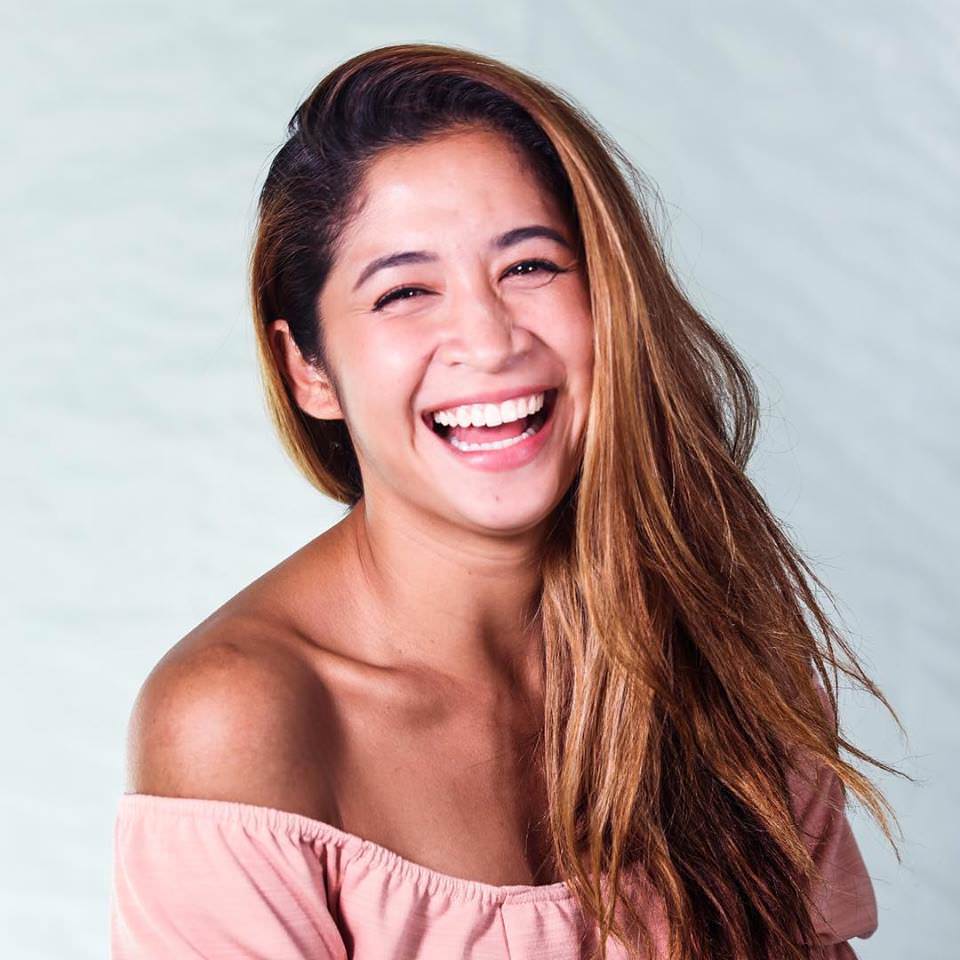 Bakchormeeboy: Tell us about the character you play and how you’ve been preparing for your role.
Munah: I play Suhaila, the second wife in a 2-wife polygamous marriage. I’ve been watching tonnes of documentaries on polygamy in different cultures – it’s always been something that intrigued me too, so being able to dabble in this is pretty exciting! I’ve also been talking to lots of people my age – married, unmarried, in complicated relationships. I think it’s about understanding the current mindset in this day and age. It may be very subtle but marriage, love and relationships have really evolved over time. 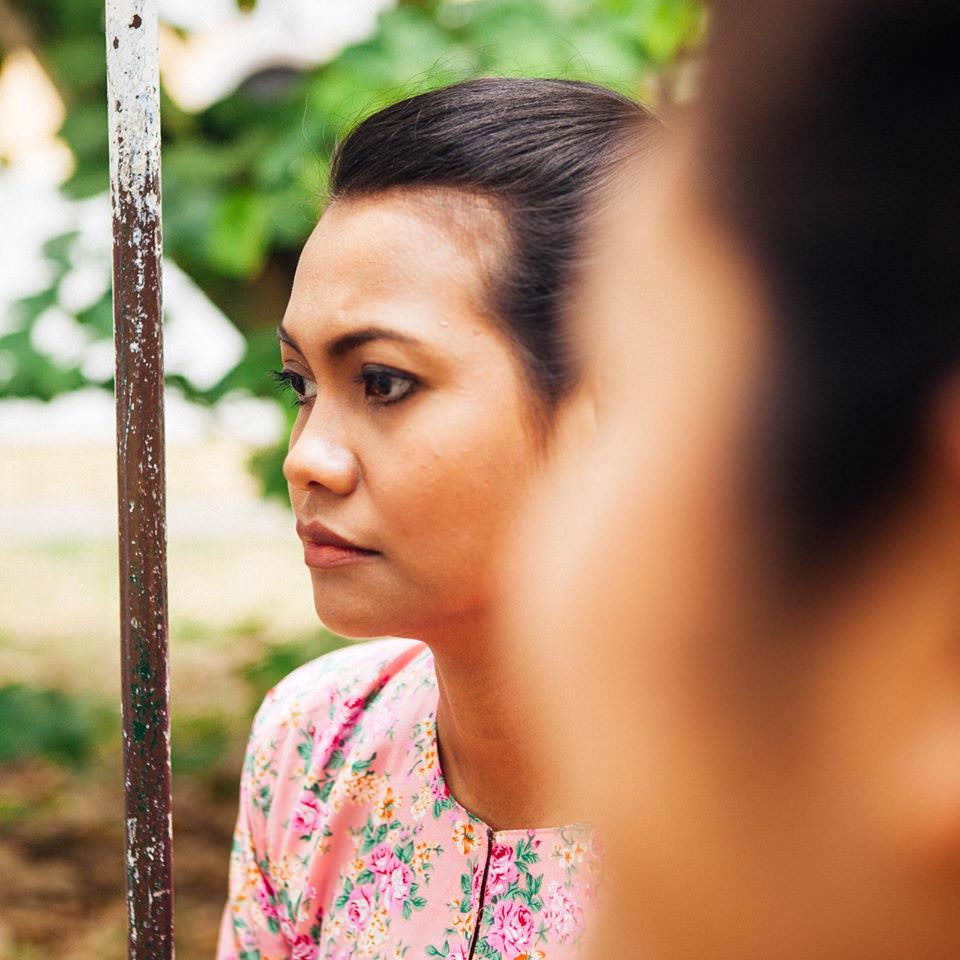 Bakchormeeboy: Why is this play important to watch, and as a representative of Malay Culture (as part of the festival)?
Munah: Because we don’t hear enough of the stories of women in these relationships or marriage. It’s such a secret these days. Why? And it’s so important too, because it tackles the idea of polygamy is Islam and what it meant before and what it has become now. To me, it’s also about the bigger picture, where sometimes, expectations, culture and purpose changes with time. Whether for the better or for the worse, that’s something to have more conversations about.
Bakchormeeboy: As an actress, you’ve been working increasingly in Malay theatre, playing a wide range of roles. Is there a specific role you’d love to play in future, be it an existing character, or a type of role you may not have attempted before?
Munah: Oh wow! So many! I feel like I’m still an infant in this and there’s a million things I’d love to explore! But I am always so attracted to pieces that deal with important real-life issues because it means you’re part of this bigger movement to shine light on it. And it makes you understand the circumstances and think, like really think (and sometimes stress out cos nervous, haha).
I’d really love to play roles that are completely out of the box – like a makcik keropok. 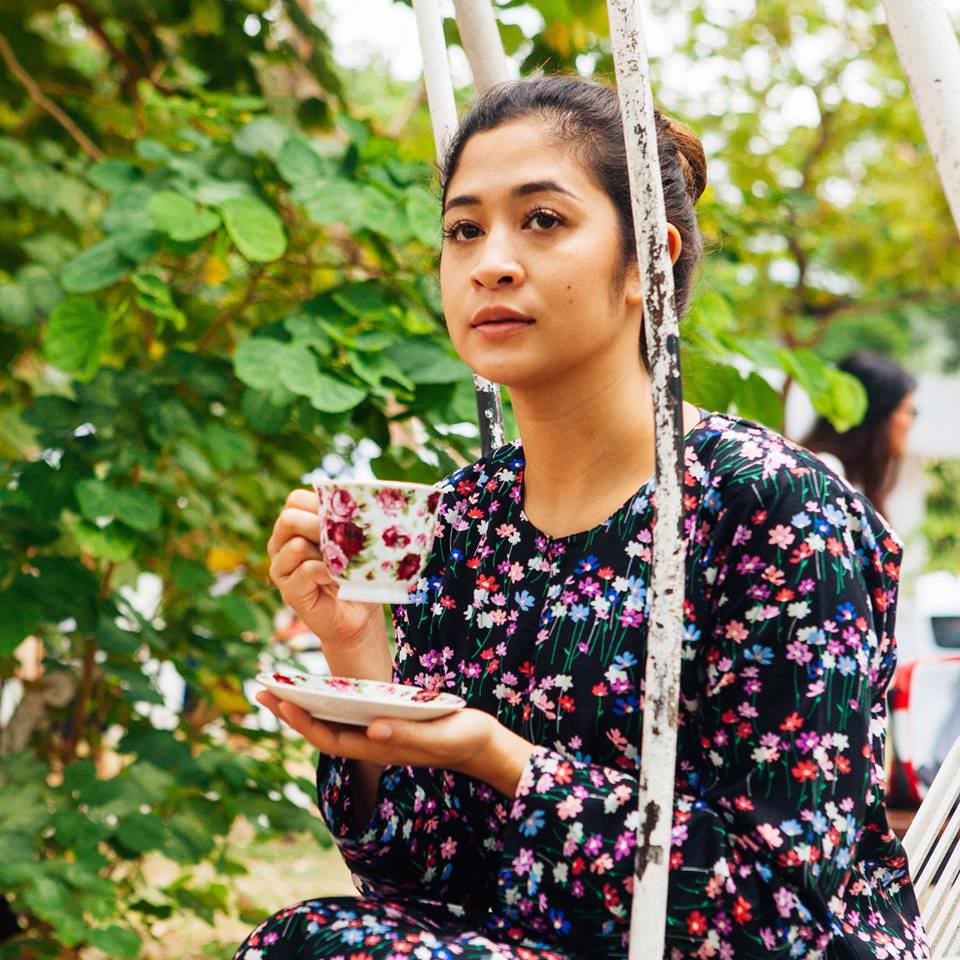 Bakchormeeboy; What do you hope audiences walk away with after watching Madu Dua?
Munah: I hope the women’s resilience and stories follow them home.
Photo Credit: Teater Ekamatra