This February, Toy Factory opens their 2019 season with a brand new production. Written and directed by Toy Factory Associate Artistic Director Stanley Seah, The Transition Room will be making its premiere at the Drama Centre Black Box, after previously having had a dramatized reading held at Toy Factory’s space at NOWplaying@17. 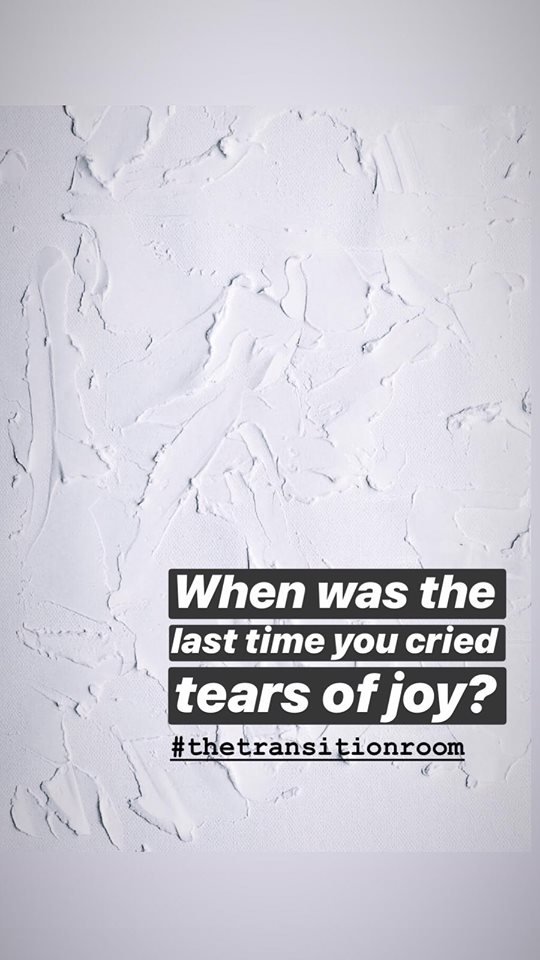 Originating about 4 years ago as a school play, Stanley elaborates more on how The Transition Room came to be. Says Stanley: “Back before I joined Toy Factory, I was teaching at a secondary school drama club, and I wrote this script for them to perform. The Transition Room is a script that crosses genres and forms, and the drama teacher wanted me to can it because her reasoning was that teenagers couldn’t understand ambiguous endings.”

He continues: “I was a little frustrated, but being cheeky, decided to stage it and go into rehearsals anyway, and she couldn’t do anything about it since the next time she checked on us, we were already 1.5 months in. The results turned out to be quite interesting – usually, parents coming to watch their kids would just be on their phones all the time, but that day, they actually stopped to look up and really watch, and we even had a post show discussion that last 1.5hours!” 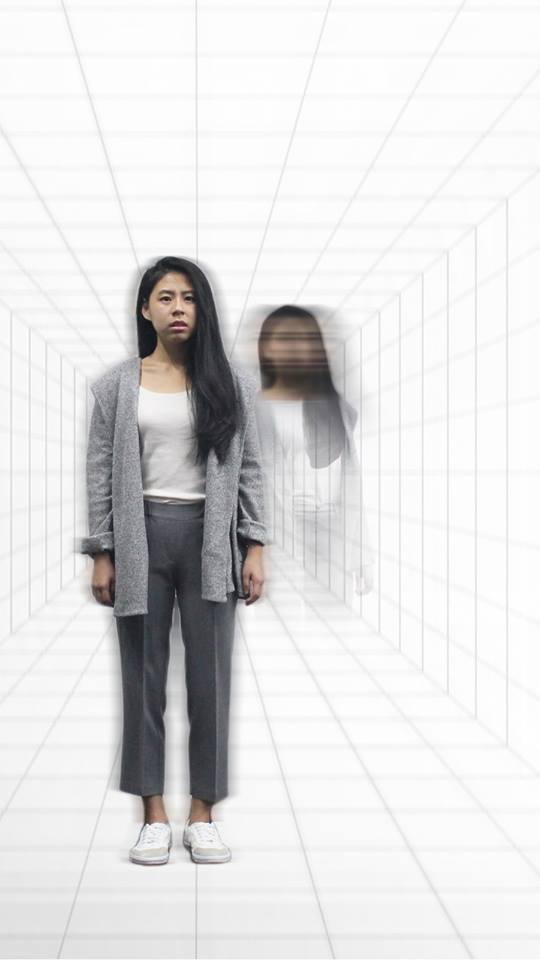 The Transition Room takes on themes of identity, specifically the identity of the self, dealing with fundamental questions about life through one man as he ventures through mysterious rooms, each occupied by strange characters. Unlike most theatre shows though, don’t expect to simply sit back and watch the action unfold, as Stanley promises that the rules of engagement will be broken and set time and time again over the course of the performance.

Says Stanley: “Theatre is usually about agreeing on a fixed set of rules with the audience –  maybe they’re passive viewers, maybe we break the fourth wall. In any case, they accept the rule and move forward with the suspension of disbelief. For The Transition Room, I kept asking myself why we need to stick to one specific genre throughout the whole play, and decided to break down these barriers, with different rules for every scene instead. But because we keep interacting and teasing the audience, we needed to ensure that they’d still be comfortable with what we’re doing.” 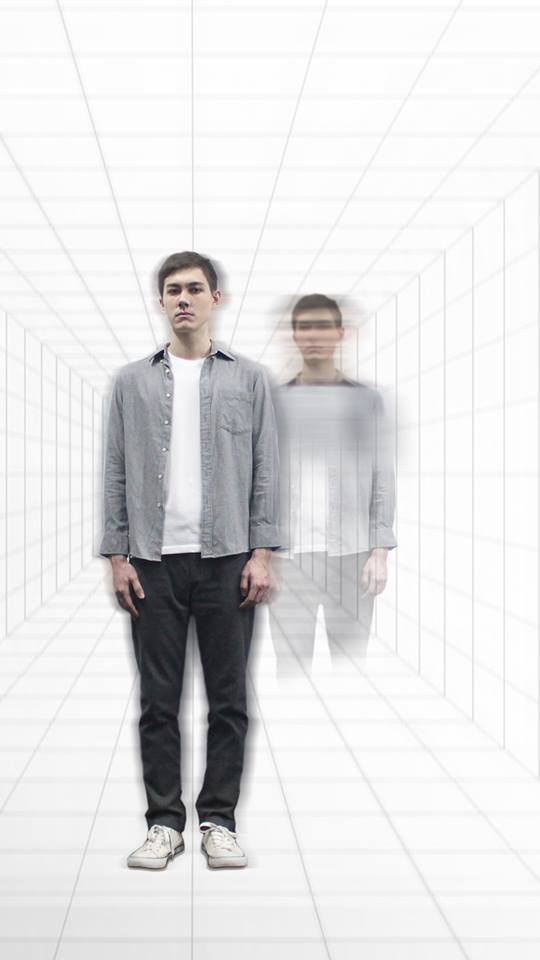 As complicated as it sounds, Stanley assures us that The Transition Room will have a straightforward, easy enough to follow narrative. He elaborates: “For this show, I worked more closely with my designers than any other show, with a set that’s almost a kind of full installation, and give this sense of careful claustrophobia. We took a lot of inspiration from the ongoing Minimalism exhibition at the ArtScience Museum, and thought about how we needed to strip down a lot of elements in the visuals. We’re hoping to immerse audiences completely, to the extent that sometimes they practically forget that they’re in the same room as the actors.”

He adds: “The real challenge is in accepting the constant changes in convention we throw out, and to face the absurdist element. Absurdism is a genre I’ve always been drawn to, because I think we really do live in an absurdist world – we never imagined Trump would get elected to office or Brexit would happen, but here we are. We need to remember to take care of our audiences, who spend both time and money to watch our show, and ease them in slowly to this new world we’ve created so they don’t get scared off.” 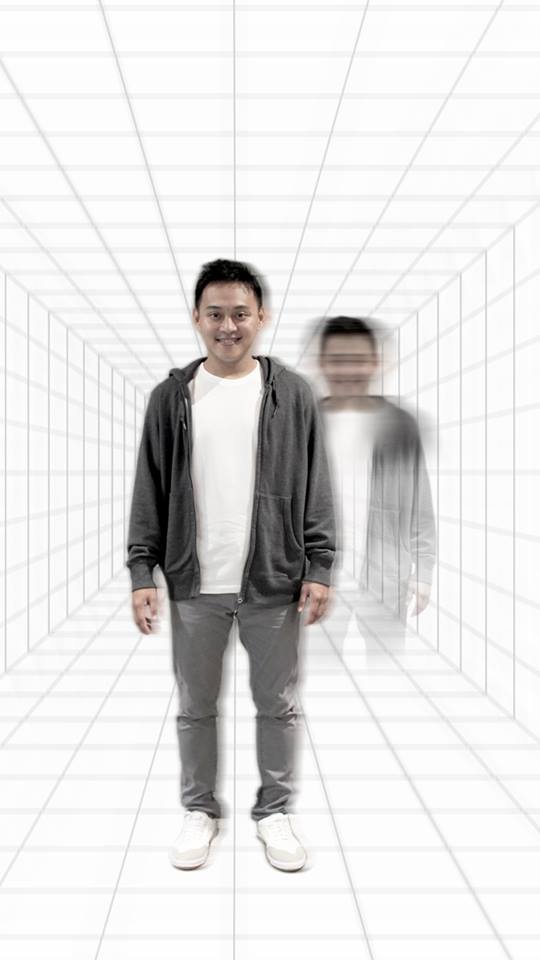 Speaking of transitions, Toy Factory is now in its 29th year, and if anything, its identity has always been in a state of flux, moving from Mandarin musicals to English ones, experimental pieces to classic texts. Says Toy Factory Artistic Director Goh Boon Teck: “There’s never been a specific ‘moment’ where we felt compelled to declare our style is changing up. Our ideal has always been to have an organic growth, and do works that we feel the medium suits the message. We always appreciate people like Stanley joining us and bringing in new ideas, and what’s always stayed important to us was being able to forge that connection with audiences throughout all our works, regardless of genre or treatment.” 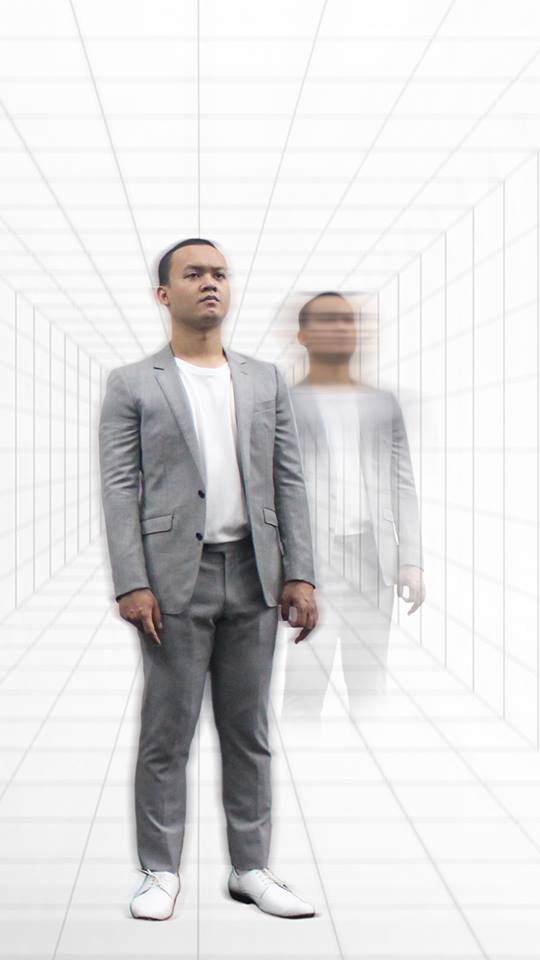 In terms of the choice to stage The Transition Room, Boon Teck explains: “Stanley’s script enticed me because it was so different. It’s about the concept of decision making and how we often find ourselves lost in the process, and I really liked that Stanley and I had this kind of rapport and understanding. Over the last few years it’s just been growing, from school play to dramatized reading to the point we finally feel it’s ready to be presented to the public. Even then, we know that no production is perfect, and we’re excited to have the chance to watch this work breathe in front of an audience at last, and as a mentor, I love to see how my artists end up innovating and improving the work based on their own thoughts.” 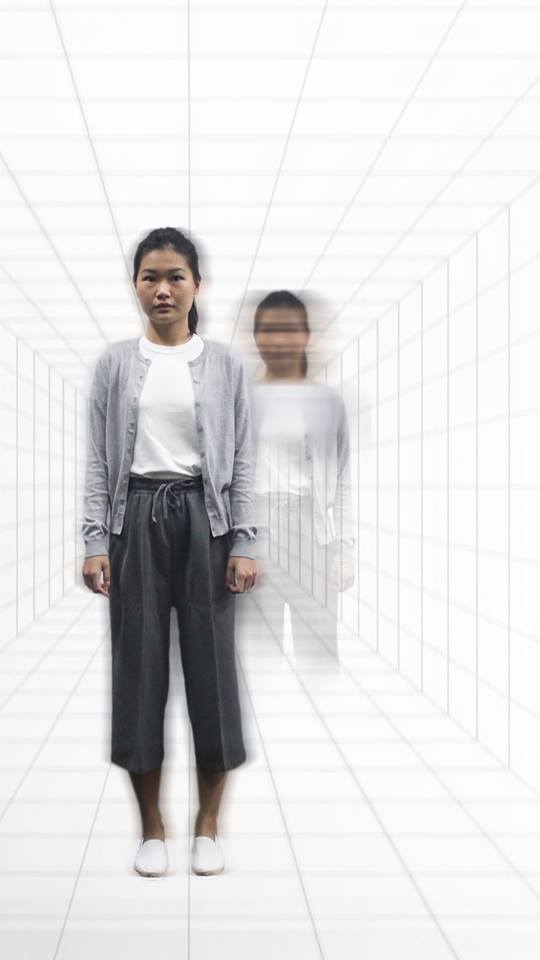 The Transition Room stars a relatively young cast comprising actors such as NUS graduate Christer Jon Aplin, NAFA graduate Marc Valentine Chia, who has recently returned to Singapore, and even recent Catholic Junior College graduate Jazmine Monaz, alongside other collaborators such as Kaykay Nizam, Victoria Chen and Tan Hui Er, who we last saw in Toy Factory’s Watching. On the audition process, Stanley explains: “We didn’t have any particular dream cast in mind, and the way it works is that we do an open call for the whole season. It’s such an interesting mix we have, like how Hui Er is really stepping up from youth theatre to directing shows and performing in more professional gigs. A lot of them are very raw, very new, and essentially people we want to keep working with and investing in.”

Boon Teck adds: “Singapore’s talent pool is constantly changing – there’s all these high profile, popular actors who’re in such high demand being shared amongst the companies, and also a lot of talents who’re leaving the full-time scene each year. It’s a little sad for me that the industry doesn’t have the means to support people pursuing acting full time, or that it’s so hard to survive even as a freelancer. Of course we try as much to give training to newer actors and opportunities to appear onstage, but for us, the casting really depends on whether we think they suit the performance or not.” 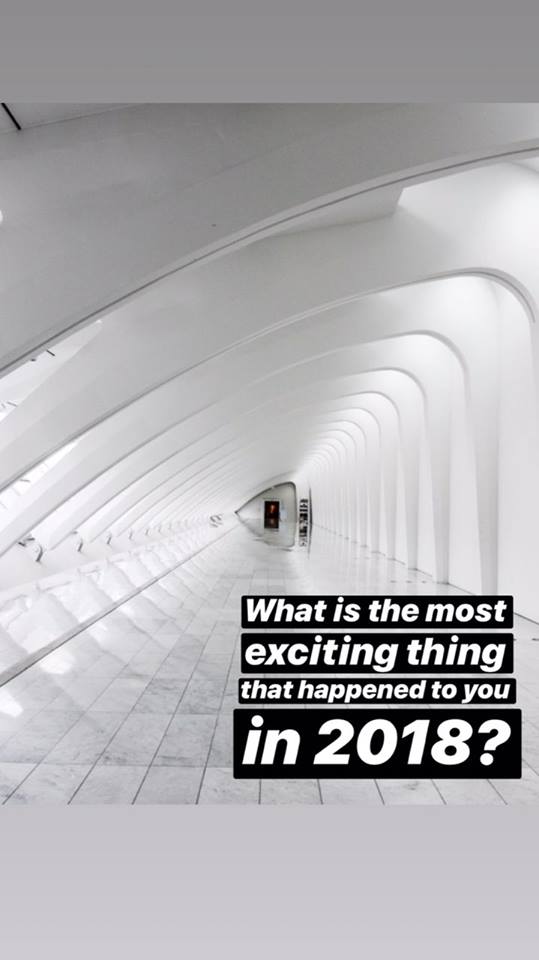 As to what else we can expect from Toy Factory in 2019, Boon Teck gives us the rundown: “Beyond The Transition Room and the second part of A Dream Under The Southern Bough for the 2019 Singapore International Festival of the Arts, we’re also ending off the year with another edition of The Wright Stuff, where we’ve chosen four new scripts to stage, after paring it down from 17 entries and about a year of edits and mentorship. We received entries from graduates, professionals, actors, and even this French expat who wrote a super long script! We’re always pleasantly surprised we receive so many entries, and even those we don’t take on, we recommend to places like SYF scripts for secondary schools, so it’s good for their exposure and writing in a less professional setting.” 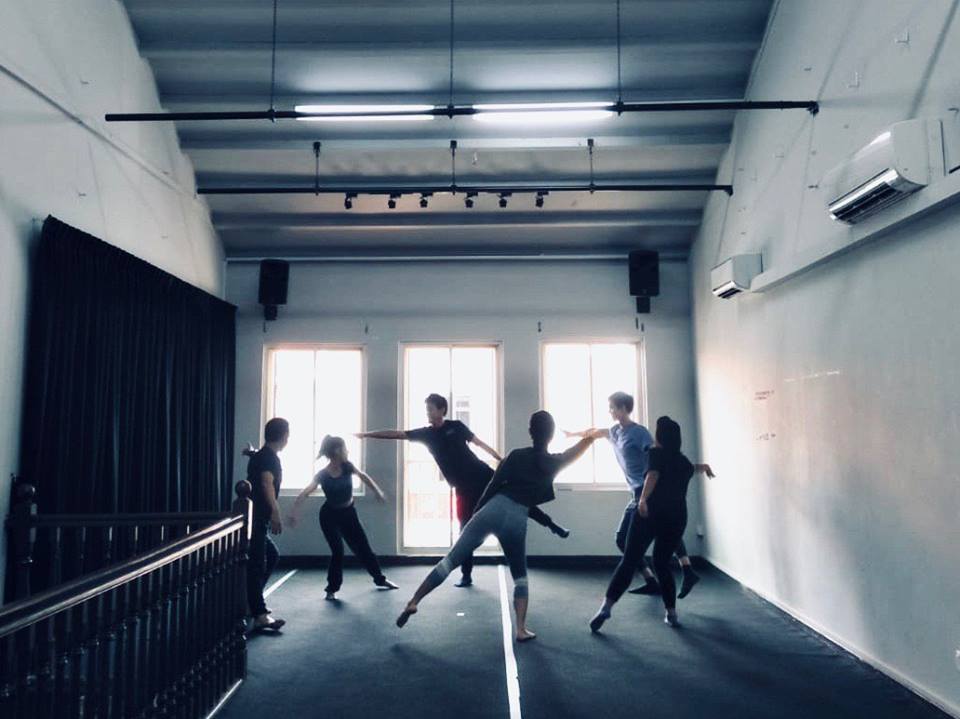 But for now, what audiences should look forward to is The Transition Room, promising an avant garde theatre experience like nothing else. Set to toy with your perspectives, emotions and patience, one is left to wonder about the absurdity of life itself, questioning its meaning, purpose, and hopefully, plenty more food for thought with Toy Factory’s 2019 debut.

The Transition Room plays from 21st February to 2nd March at the Drama Centre Black Box. Tickets available from Eventbrite

0 comments on “Toy Factory’s The Transition Room: An Interview with Stanley Seah and Goh Boon Teck”