This March, Nine Years Theatre (NYT) opens their 2019 season with what is now their signature style of adapting a Western text into Mandarin, this time around having selected Goethe’s Faustus, the quintessential ‘deal with a devil’ story of a scholar who sells his soul in exchange for his wildest dreams.

But in Nine Years Theatre’s FAUST/US, not only will protagonist Faust be receiving a gender swap; for the first time ever, a Nine Years Theatre production will be helmed by someone other than artistic director Nelson Chia: NYT Associate Director Cherilyn Woo. We spoke to both Cherilyn and NYT co-founder Mia Chee (who plays Faust) before the show, and found out a little more about what to expect and why FAUST/US is a must watch this season. Read the interview in full below: 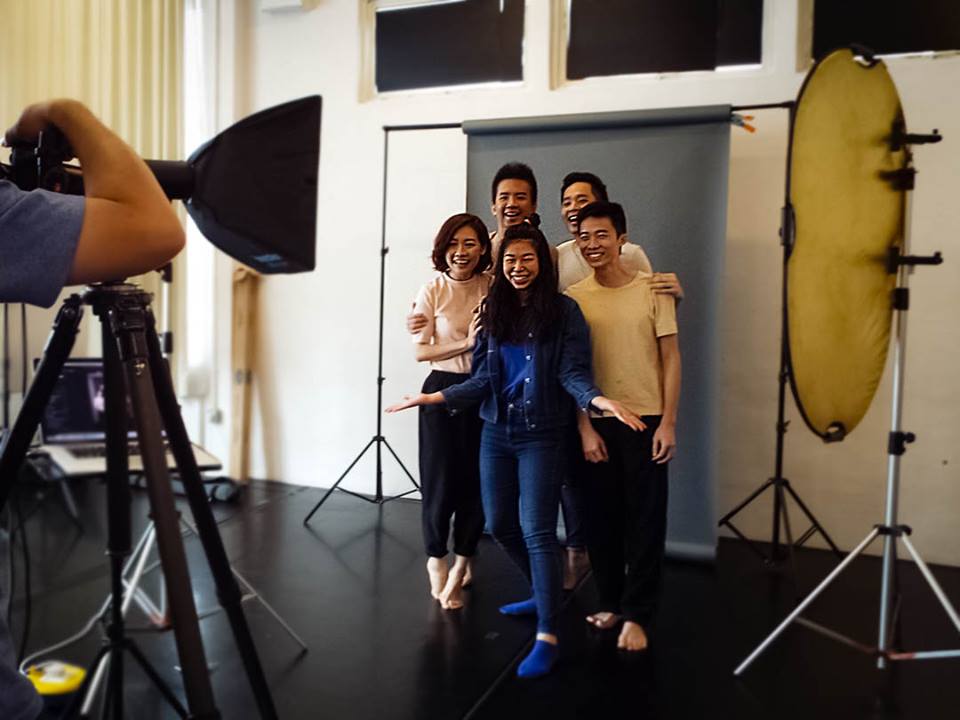 Bakchormeeboy: In brief, could you tell us why and how you originally came to be involved with NYT?

Cherilyn: When I was still in college, Nelson was my supervisor for my graduation piece. After I graduated, he was kind enough to let me observe rehearsals for a production he was directing at NYT. He later took me on as an assistant director for a number of productions, and now I’m the Associate Director at NYT!

Bakchormeeboy: While you’ve done assistant directing for NYT in the past, this is your first time helming a production on your own, having both adapted and directed it. What were some of the challenges you faced in taking on this project, and how have you overcome them?

Cherilyn: Adapting and directing it is already a very challenging task. Adapting a classic with such a long history, well, it’s very daunting. Every day, there’s a new challenge to solve, because just when you think you’ve got it figured out, you find new stuff to figure out. It’s all part of the creation process as they say. Having been with NYT for a number of years, I’ve found that a lot of their training philosophy is about self-discovery, continuous learning and challenging yourself. When asked to direct something for them, I asked myself, could I learn something about my craft doing something I knew I could do? Doing something I was comfortable doing? Probably not. It is with inspiration from the ethos of NYT, that I find myself persevering through any personal professional challenges that I may come across.

Every day, I remind myself that I have the best job walking into a rehearsal room with such skilled and wonderful human beings. As a team, we work really hard together to overcome the challenges of this daunting task. With such an encouraging and warm group of people, team work is all it takes to help overcome any challenges. 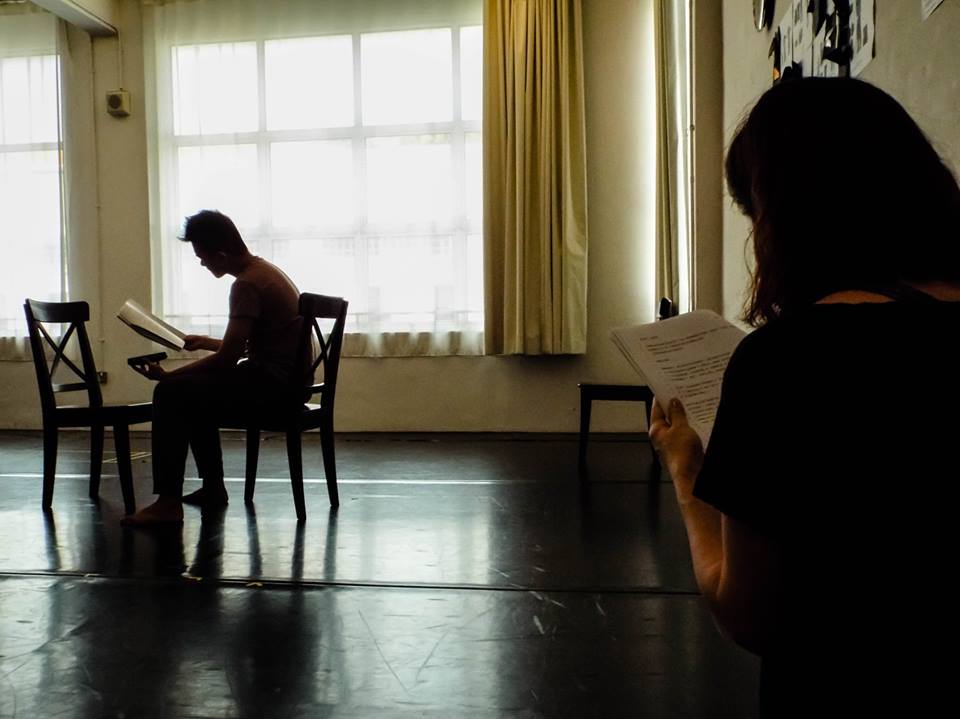 Bakchormeeboy: Does this project in particular have any personal significance for you, in terms of subject matter or the original text?

Cherilyn: I first came across this text 7 years ago in a Borders bookshop overseas. The idea that there was a story about a human who deals with the devil was just so intriguing. At first I thought it was because it dealt with the supernatural, and that always excites me. But in fact, over the years of thinking about it, it actually deals a lot with humanity. Often, we find ourselves facing the gods and devils within us. And I think the idea that we have gods and devils within is is such an interesting thought. Within ourselves we have unlimited capacity to create and destroy. Sometimes we re-create ourselves, or manifest our own thoughts into being, and that’s such a powerful concept. Subsequently we also have the power to destroy, to destabilise and destruct, sometimes we do that to ourselves. That’s what I really liked about the piece, that we are such contradictory beings.

Bakchormeeboy: Could you explain the meaning behind the change in title from Faustus to FAUST/US, or its Mandarin equivalent 浮世/德?

Cherilyn: Since reading Goethe’s Faust, The more I read it, the more I feel Faust is in every one of us. We’ve all been in Faust’s position one way or another, or maybe we might one day find ourselves in a similar position. The title can be read in more than one way; either Faust is us, or under some circumstances we become Faust.

Nelson actually suggested the Mandarin title. 浮世 means the floating world or fleeting world and 德 means morality, moral, or a kind of karma. To me, it conveys a sense of how the world of Faust is like a representation of a larger philosophical concept, which shows the interconnectivity of Faust’s narrative to a larger manifestation of philosophical thought.

Though there are slightly different meanings to each the english and Mandarin title, I feel that it’s an example of different perspectives can exist in the theatre. I wrote the script in english, and Neo Hai Bin, who is a cast member in the production, translated it to Mandarin. And though we tried our best to keep the meanings the same, it is inevitable that some translations reinvent themselves, or manifest themselves in different ways. But at the end of the day, we can still learn something from it. Some people find it chaotic, and I somehow find myself even more amazed by language, and how the theatre can be a medium to help languages and cultures co-exist and be a common discussion ground. 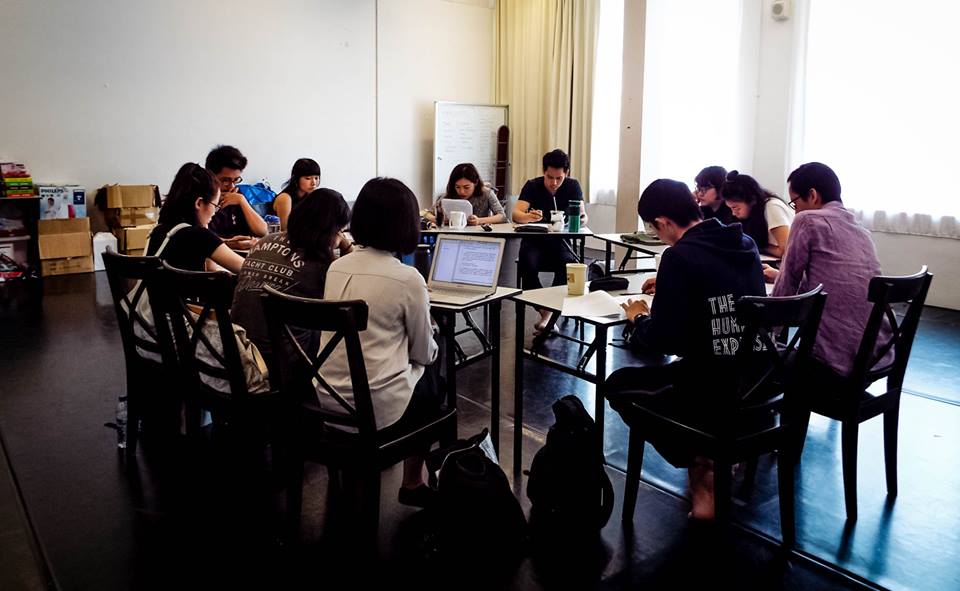 Bakchormeeboy: What do you hope audiences walk away with after watching FAUST/US?

Cherilyn: Goethe took over 60 years to write Faust. It’s packed to the brim with complex philosophical thoughts about life. This adaptation is in its own way a response to the piece. There are so many different interpretations that the audience could have, and I am so excited to hear them. But if I had to only choose one. I think ultimately I hope as the audience journeys with Faust that they will be inspired to find the courage to face the gods and devils within themselves. Sometimes i think when we confront these things within ourselves we’re afraid we might lose ourselves, but if anything, I hope Faust encourages them to plunge into the deep unknown and trust that you will emerge from it again somehow.

Bakchormeeboy: You play Faust, our protagonist. Tell us more about her and how you’ve been preparing for the role.

Mia: Far removed from the 15th century, aged men we commonly associate Faust with, the Faust that I’m playing is a well-learned female scholar somewhere in her 30s, living in contemporary times. Though still relatively young, she is disillusioned with life, and sees death as a possible way out of this misery. Along comes Mephistopheles who promises to fulfil all her wishes and desires, and in return, Faust promises him her soul in the afterlife.

In preparation for the role, I focused on the human and emotional aspects of this character. What drives a highly successful scholar to the verge of seeking death, so much so that she is willing to trade her soul with the devil in order to find fulfilment in life? What understanding has she come to at the end of the play? Most people have been through a lifelong journey questioning one’s own purpose. I believe the audience will identify a little bit of Faust in a part of themselves, and hence understand the character’s struggle. 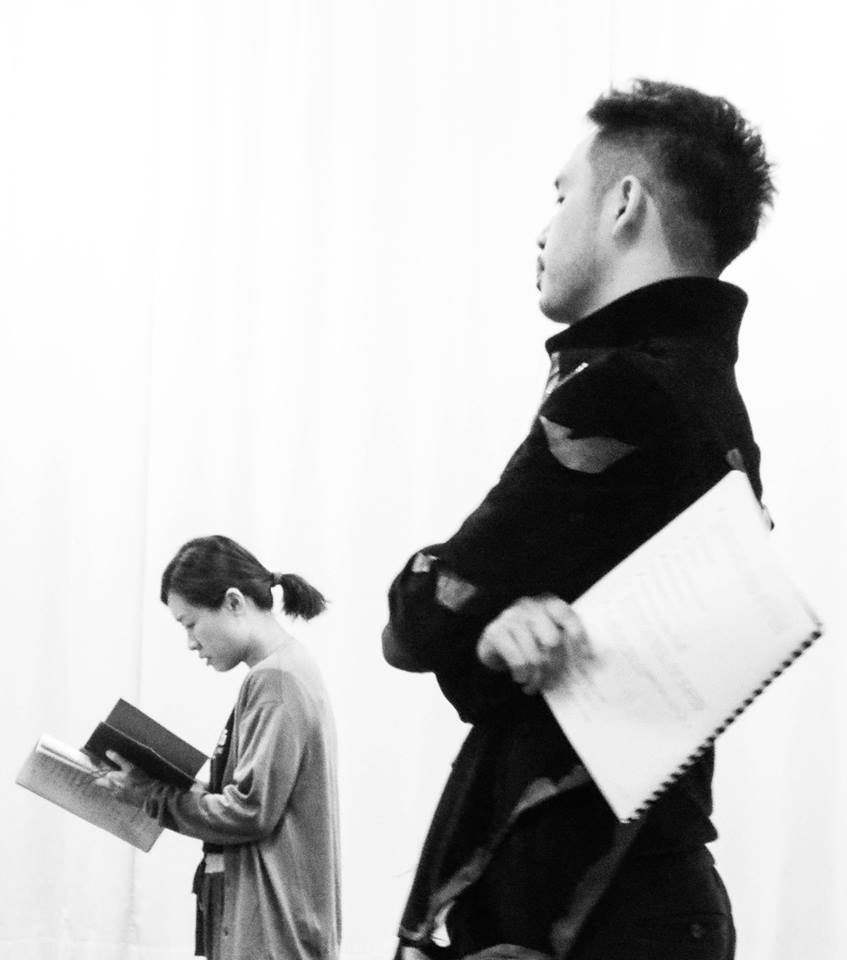 Bakchormeeboy: What kind of effect do you think changing Faust’s gender has on the original text?

Mia: It definitely updates the play immediately. It’s a breath of fresh air to look at this age-old story with a female protagonist. The most obvious section it affects would be the part where the originally male Faust seduces and impregnates the beautiful Grett, who gives birth to a bastard son. As we were reading the play, the team discussed how when the genders are flipped, a female Faust reaching out to a male Grett makes her seem like she needs a man to complete her life. We would not have thought in the same way if it were a male Faust, and it reminded us of how we are still locked in a patriarchal perspective to this day.

Bakchormeeboy: How different is Cherilyn’s style of directing from Nelson’s, and what do you feel she brings to the table as a director?

Mia: It is a courageous thing to do –– to adapt and direct an epic classic when you are offered an opportunity to direct a play of your choice for the first time in a professional environment. I was moved by Cherilyn when she explained why she chose to direct FAUST/US and why she decided that Faust will be a female one. The phrase she used has continued to stay in my mind –– the burden of existence. It was this burden of existence that she identifies with in Faust, this existential questioning of life that made her want to direct this play and that made the cast ponder about during the creation of the performance. We are happy to support this young director as she figures out the workings of this play. While Nelson already has established his style of directing (although he’s constantly looking to re-invent his style *chuckle*), Cherilyn is still on her way to find hers, and we are happy to assist her in this journey. 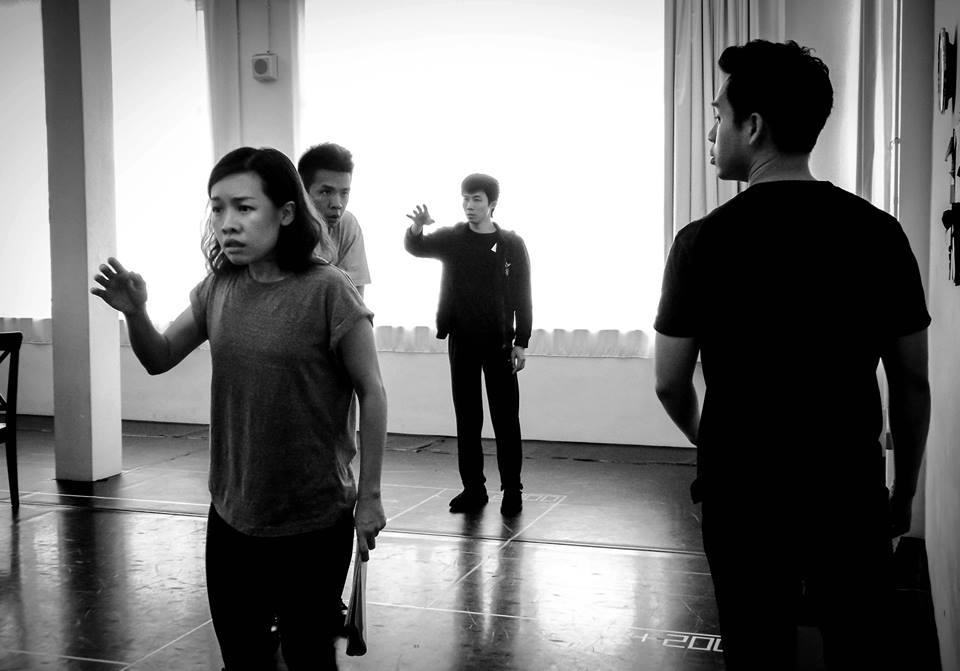 Bakchormeeboy: FAUST/US is a play that’s primarily about temptation and the risks of making a deal with the devil. Have you ever been in a position where you can relate to Faust’s position where you had to make a tempting but morally ambiguous choice?

Mia: Lying about the actual number of durians I had in one session!

Bakchormeeboy: Why is FAUST/US still such a relevant text in 2019, and why should audiences come to watch it?

Mia: Because FAUST/US is ultimately a play about self-discovery. Because it is important to see what a young director has to offer. Because it is an NYT production. If all else fails, heck, because it is a classic and you should just see it at least once in your lifetime!

FAUST/US plays at the Drama Centre Black Box from 21st to 24th March 2019. Tickets are SOLD OUT.

0 comments on “Dealing with the Devil: An Interview with Performer Mia Chee and Director Cherilyn Woo of Nine Years Theatre’s FAUST/US (浮世/德)”