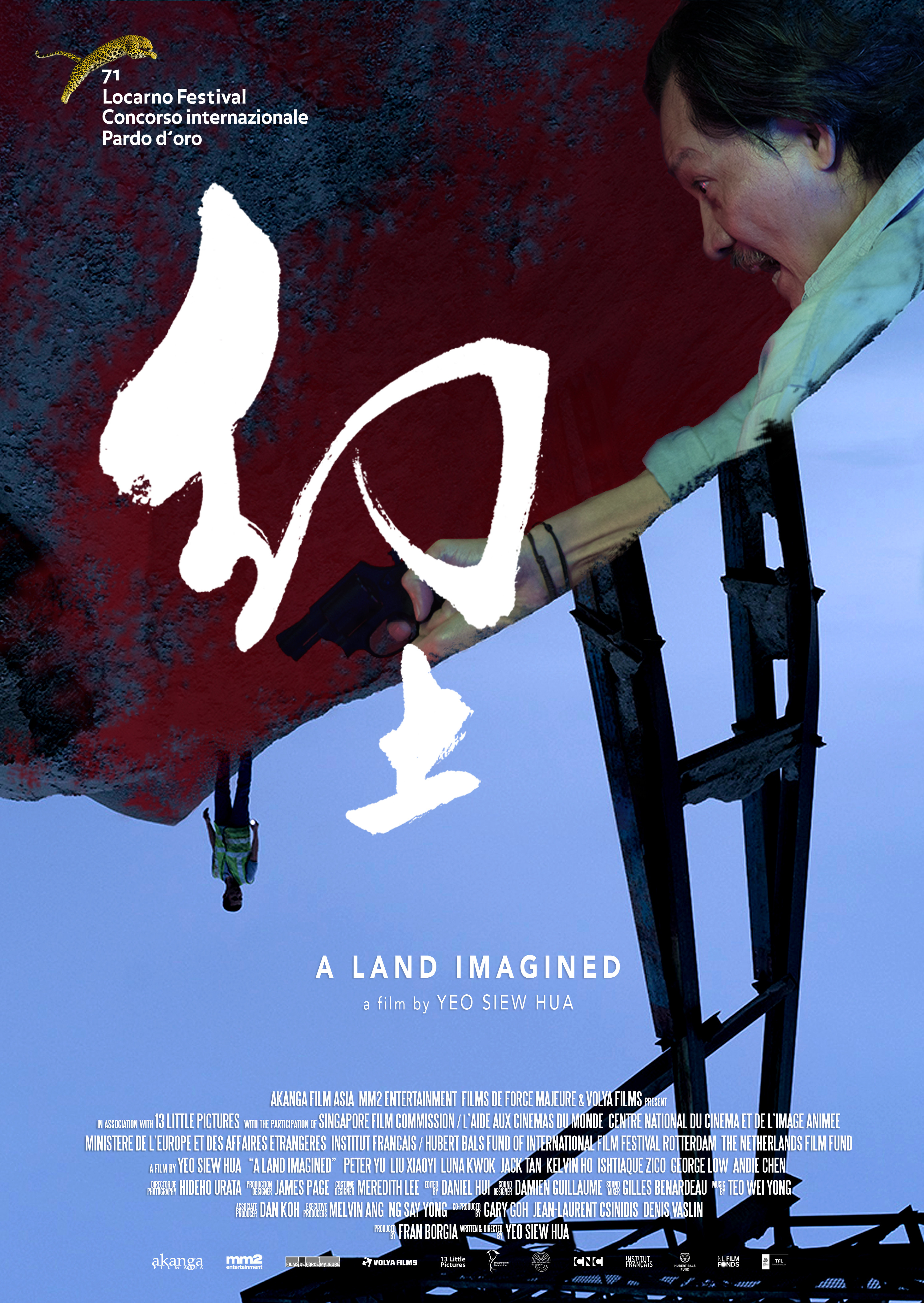 The wilderness of Tuas provides an alien backdrop for this Asian neo-noir about migrant dreams of a better life.

Written and directed by Yeo Siew Hua, A Land Imagined emerged a critical favourite at the 71st Locarno Film Festival, an Asian neo-noir following Lok (Peter Yu), a grizzled hardboiled detective as he embarks on an unusual job: tracking down Wang (Liu Xiaoyi) a Chinese migrant worker who has disappeared from the site without a trace. With little to no clues to aid him in his investigation save for a bottle of sleeping pills and a vivid dream of the missing Wang, the film’s sense of reality and imagination begins to ebb and shift, as danger days turn into sleepless nights, and a chance encounter with the supervisor of a seedy cybercafe (Luna Kwok, as a would-be femme fatale) might just hold the key to finding Wang once and for all. 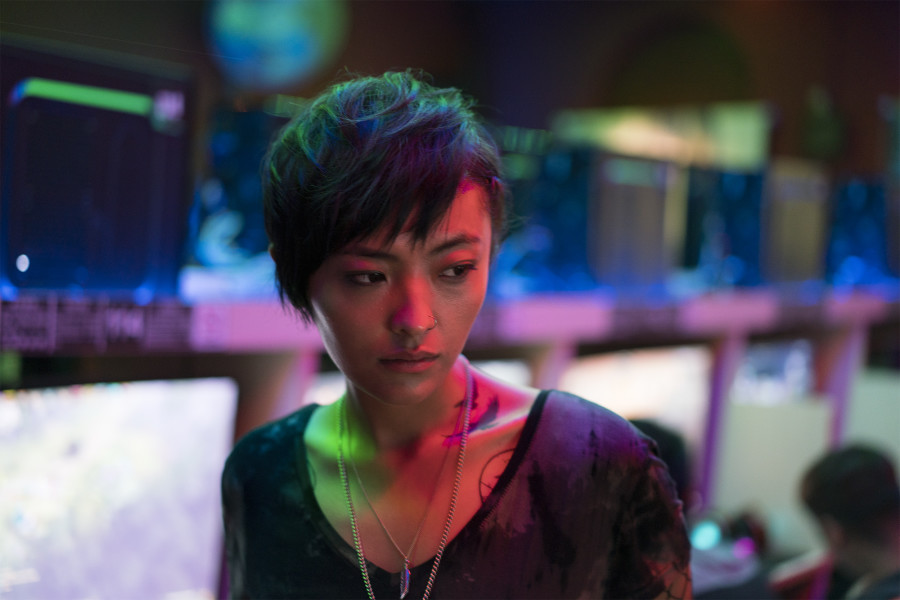 Rather unusual for a noir, A Land Imagined bucks the trend of uncovering the seedy underbellies of the urban landscape to instead set itself in the stark construction sites of Tuas, the far flung Western end of Singapore. Presented as a barren land filled primarily with construction sites and roads flanked by dirt mounds, the world of A Land Imagined presents a distinctly different side of our island city, practically unrecognizable compared to the tourism board’s constant marketing of the urban metropolis and haven for the crazy rich. 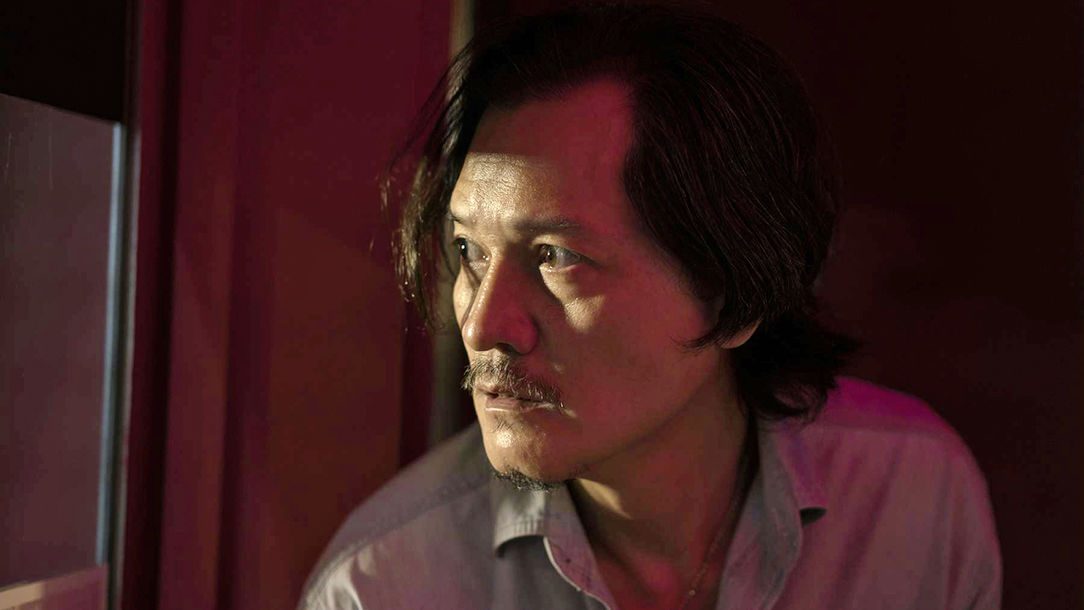 This setting is used primarily to highlight the plight of foreign workers, showing how big a discrepancy there is between them and the lives of average Singaporeans. In the beginning of the film, as Lok is taken around to observe the site, he makes a stray comment: “How can they live like this?”, as he walks the barely cobbled together dormitories filled with bed bugs and mysterious white soap storied in disused plastic bottles. This is not the only evidence of poor working conditions; coupled with a viral video of a migrant worker protesting undesirable working conditions and the shady reasons the foreman gives for keeping all his employee’s passports, it is clear that A Land Imagined’s aim is to excavate and uncover the often forgotten side of Singapore, a group of people we’ve lost or left behind in the endless march towards progress (ironically, they themselves being key to our progress by building the actual reclaimed land we stand on). 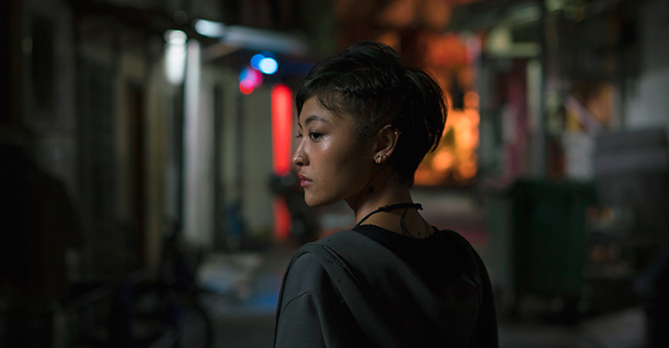 Much of these issues are teased out through the lack of discernible truths, as the line between reality and fiction is constantly blurred throughout the film. Like any good noir, much of the action takes place at night; under cover of darkness or harsh artificial light, ordinary landscapes are changed into vague silhouettes and unusual shapes, less real than the Singapore in the day, where workers are burdened by debt, worry, and lies. It at night that people seem to come alive, trance-like as they sleepwalk (both Lok and Wang suffer from insomnia) through the dreamy landscape, helped by the surreal cinematography Yeo sets up, from the ethereal pink-hue of the cybercafe to the heady raves both Wang and Lok are introduced to within the Bangladeshi workers’ quarters, as they raise their hands and jump in ecstasy, losing all care for the world around them. It is the night where our characters feel safest, when the foreman and bosses have gone to sleep, yet the workers know that daylight will eventually come again, and they are filled with dread for what the future has in store for them. 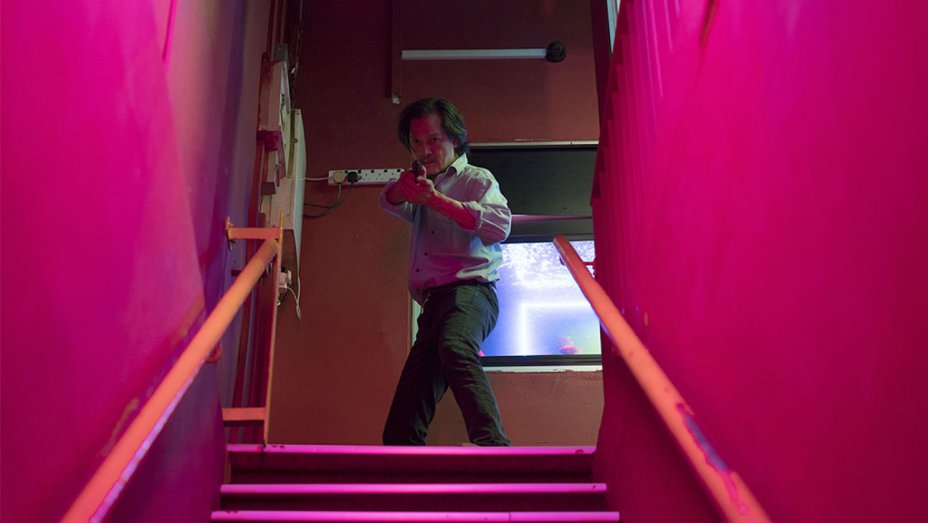 The central mystery of A Land Imagined is never quite compelling enough to lock us in, often feeling like a darkly whimsical subconscious dream, with plenty of narrative dead ends that only leave viewers frustrated, from a stranger Wang befriends and confides in online at the cybercafe, or the kindling of a would-be romance between Wang and Mindy (the cybercafe supervisor) that never amounts to anything more than teasing. Yet, the film is littered with fascinating metaphors and imagery that only contribute to the dreamscape Yeo has hypnotised us into wandering and wondering about throughout. One particularly esoteric scene takes place on a computer screen, as Wang narrates the fantasy of a utopian world as he plays Counter Strike in a sort of ‘ghost mode’, the game visibly glitching as he walks across a desert landscape, moving through walls as the world around him warps and shifts to feel distinctly extraterrestrial, as if in search of terra incognita. 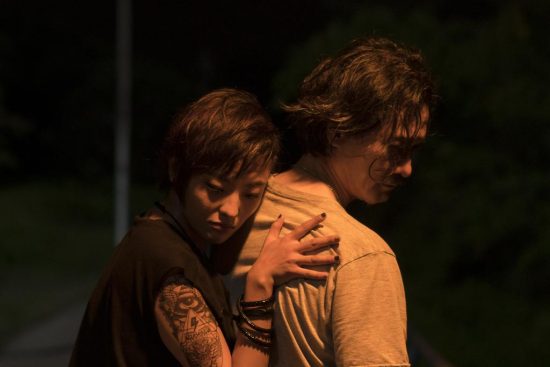 While characters are never fully fleshed out in any way, with their histories and motives obscured behind stoic, grim expressions, each one feels driven by a distinct desire to one day end up in a better place and escape their trapped circumstances, desperate to swim out to sea, away from this ill-promised land, and naturally giving rise to the film’s title. Of the cast, it is Liu Xiaoyi as Wang who has the most material to work with, his character emanating fear and paranoia as he navigates the land by night. His disappearance becomes harrowing precisely because we feel empathy towards him as he allows himself to become a character worthy of concern, as he delves into the disappearance of best friend Ajit (Ishtiaque Zico) and uncovers dark secrets that put his own life in danger. 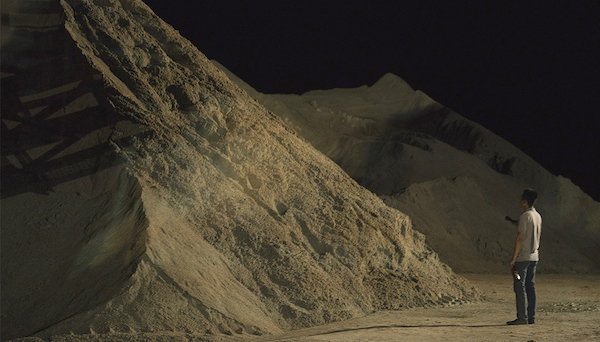 A Land Imagined then, feels like a dream in motion, the audience in a somnambulant state as director Yeo guides us through these oneiric lands, a world so close yet so far removed from Singapore. There is plenty of darkness, both literally and figuratively, that the world of A Land Imagined film is painted in various shades of, leaving its inhabitants at a loss, sleepless with worry. Yet as local singer weish of .gif croons and warbles “if i walk/walk far enough/maybe i would find” in ‘good night, green light’, the final song featured in the film, the audience too is left on a note of hope as the missing Wang is found at last. As bleak as A Land Imagined makes things out to be, there are possibilities that lie dormant in the sleeping earth these characters walk upon, these reclaimed lands, lands imagined as they mix foreign soil with foreign sand, lands that come to symbolise patches of escape, sanctuary, and ultimately, hope for change.

A Land Imagined is now playing across Cathay cinemas and Golden Village Vivocity in Singapore.