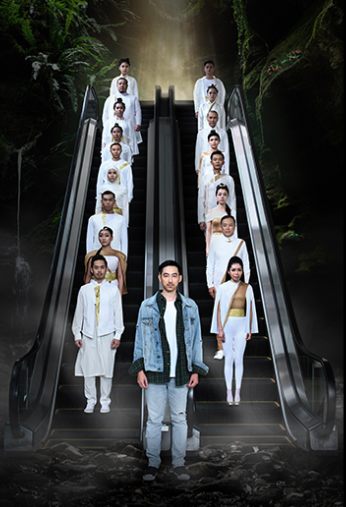 The second instalment of this adaptation of a Ming dynasty classic brims with potential – a quintessential Toy Factory production doing what they do best.

Trust is an incredibly delicate concept in the theatre world, and with Toy Factory’s epic production A Dream Under The Southern Bough, SIFA always knew it was running a risk when they invested resources that would see the production through, one step at a time from 2018-2020. With a lacklustre first instalment we caught last year, we weren’t entirely sure what to expect when we stepped into the theatre for the second instalment this week, now double the length and staged at the larger venue of the Drama Centre Theatre. But with Reverie, Toy Factory has proven that A Dream Under the Southern Bough was very much a project worth pursuing and that SIFA was absolutely right to place their trust in them.

Often referred to as the Shakespeare of the East, Ming Dynasty playwright Tan Xianzu’s A Dream Under the Southern Bough follows the tale of Chun Yu Fen, a disgraced, disorderly and alcoholic naval officer as he falls into a dream, taking him to the fantastical Ant Kingdom. Reverie specifically follows the first 22 chapters of the classic work, and sees Chun joins the ranks of royalty with a marriage to the princess, and appointed governor of the Southern Bough. Reverie, true to its name, is all about Chun’s happy escapism as he indulges in all the unexpected pleasures and carefree nature of the Ant Kingdom. But nothing lasts forever, and it’s not long before a new danger on the horizon threatens to thrust the Kingdom into chaos. 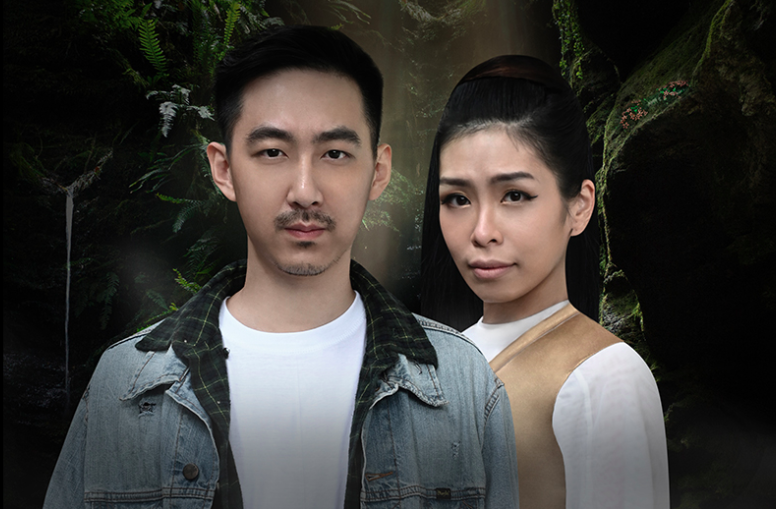 Reverie both respects and reinvents its source material, retaining much of the original lyrical language in its dialogue, while updating the presentation of its world by presenting elements such as a modern pub and even arcade machines in the ‘real world’. There is a wealth of imagination and plenty of attention to detail given to the production design of Reverie, with the Ant Kingdom itself portrayed as an alien, hypnotic realm, thanks to set designer Goh Abigail’s layers of white walls and a grand staircase with built in-slide.

The white set is essentially a blank canvas, easily takes on the mood of whatever lighting designer Petrina Dawn Tan chooses to bathe it in, going from blissful wedding venue to tropical beach honeymoon in an instant. Meanwhile, intricate costumes from Tube Gallery allow the gold and white clad members of the Ant Kingdom’s royal court an air of regality and purity, while the enemy ants are given the illusion of extra limbs in their scarlet armour-like costumes. Together, all of these contributed to the dream-like environment of the Ant Kingdom, and one that had us feeling like we ourselves were immersed in a mystical wonderland. Listening to the poetic lines and overwhelmed by the set, we are arrested both aurally and visually, and cannot help but fall into this enchanted realm along with our protagonist. 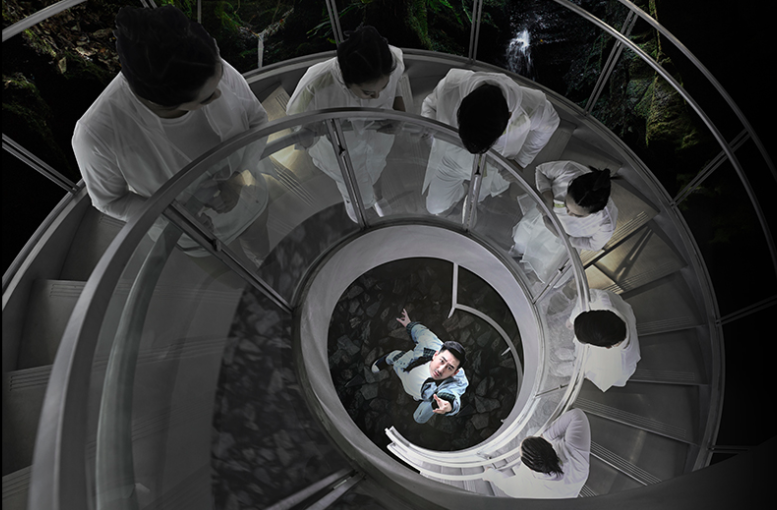 But above all, what makes Reverie work so well is the tight onstage chemistry amongst the entire ensemble. Director Goh Boon Teck is completely in his element here, and has led the ensemble to success with his direction, each cast member playing their respective role to perfection. Scenes involving large groups are grand sights to behold, and make full use of the Drama Centre space, such as the ritualistic wedding ceremony, or the hunting scene where the men do battle with a giant shadow pangolin, the natural enemy of the ants, and there is a distinct feeling of triumph that emanates across the entire theatre when they emerge the winners, with protagonist Chun Yu Fen delivering the final blow, heroic and full of hope that this is where he’ll find joy once again.

As protagonist Chun, Tang Shao Wei in particular deserves praise for his performance, bringing out his character’s messy nature and melodrama well in his performance, while Audrey Luo, Yo Chen and Abby Lai as a trinity of ant maidens sent to Earth help bring out the play’s inherently cheeky sense humour as they flirt and converse with Chun. Under director Goh Boon Teck’s leadership, we also see young cast members such as Dwayne Ng and Lim Jun Jie Jey trained to excel in their roles, given minor roles but significant lines to show off their potential and growth as actors in this production. No doubt this is helped by the influence and presence of more established actors such as Rei Poh and Timothy Wan, both excelling in their roles, to be spurred and inspired to perform even better. Toy Factory, in short, has proven excellent at providing the requisite training and much-needed platform to showcase up-and-coming young artists.

Looking at A Dream Under The Southern Bough from a more meta standpoint, with each instalment over the three years, while we’re watching each new segment of the play unfold, we are simultaneously also following Toy Factory on a journey of growth as they renew, revamp and expand on the show each year, nurturing it from The Beginning last year to what will eventually be the epic 44 scene Existence next year.

By playing to their natural strengths in ensemble work, Reverie is quintessentially Toy Factory and one of their strongest work in recent years. Assuming Toy Factory can keep up this level of artistry and build on the good foundations that Reverie has already established, then come 2020, we’re more than excited to see how Existence brings this epic project to a close as a worthy, triumphant SIFA commissioned production.

A Dream Under The Southern Bough: Reverie plays till 2nd June 2019 at the Drama Centre Theatre. Tickets available here

3 comments on “SIFA 2019: A Dream Under The Southern Bough – Reverie by Toy Factory (Review)”