Born in Mumbai, Chef Garima Arora is only in her early 30s, and already, she’s been challenging all the norms, becoming the first Indian woman ever to win a Michelin star in 2018 for her restaurant Gaa, itself an establishment that learns from traditional Indian techniques to create contemporary cuisine with ingredients sourced from its home in Bangkok, Thailand.

Initially having wanted to pursue a career in journalism, she made the lifechanging decision to switch tracks to the culinary instead. On why she made the switch, Garima explains: “I took a trip to Singapore once, and tried hotpot for the very first time. I wanted to try making it, so I called some friends over to eat together. That feeling of having people in my home, cooking for friends and laying the table, it may have been a hobby at first, but it’s something I enjoyed very much, and eventually, I started cooking at home and doing these meals for friends almost every weekend.” 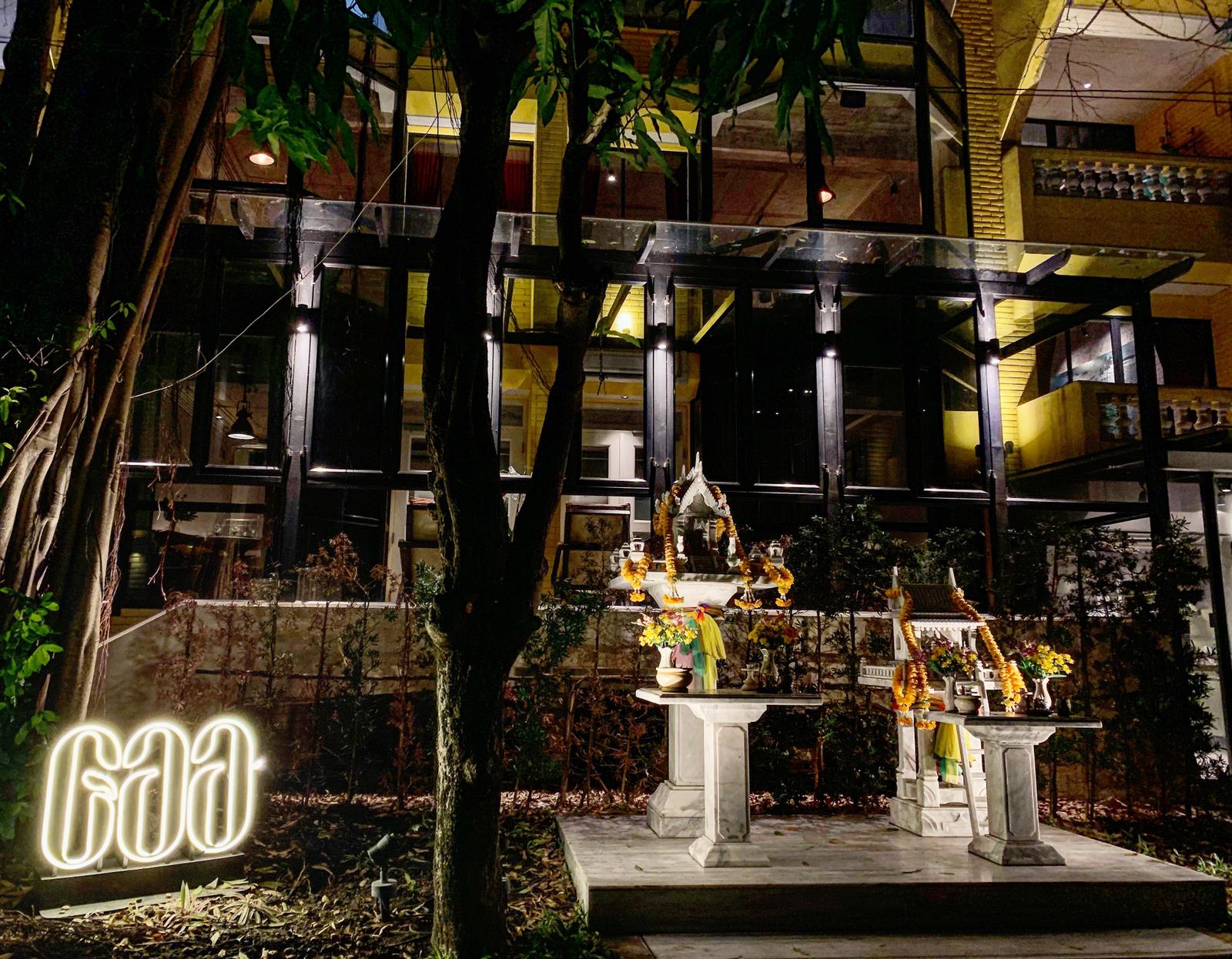 To support her career, in 2008, Garima headed to France to study at the prestigious Le Cordon Bleu in Paris, learning the fundamentals of cooking and preparing her for the long and arduous journey ahead in the world of food. Says Garima: “Going to Le Cordon Bleu was a very positive experience, because over there, you really learn to clarify all the basics. It’s so important to know the fundamentals before you rush in to modernise or change them up, and I’m glad I went in this direction for my culinary education. To be surrounded by so many chefs all the time, it feels good to be in such an intelligent environment with people who really know their craft, and when I finally graduated, I had this whole new perspective on how to approach food.”

In addition, Garima also ended up working with celebrity chefs, such as Rene Redzepi of the best restaurant in the world, Noma in Copenhagen, as a line cook. On her experience at Noma, Garima elaborates: “I think the most interesting thing there was having these projects every Saturday night, where one chef from each section would create their own dish and serve it. It really set a good platform for us, and pushed the chefs to think more about why they were there and what they were learning, and this chance to express what you thought food should be so important, because it can be so easy to get stuck doing the same thing day in and out at a restaurant.”

Gaa opened in April 2017, helped in part by her former mentor chef Gaggan Anand of Bangkok’s Gaggan, a multiple recipient of the title of Asia’s No. 1 Restaurant. “When we opened, everyone expected us to work a certain way and for me to do certain things,” Garima explains. “It’s not always easy, but I’ve stuck by what I thought my food should be, and always did whatever I believed was right.” 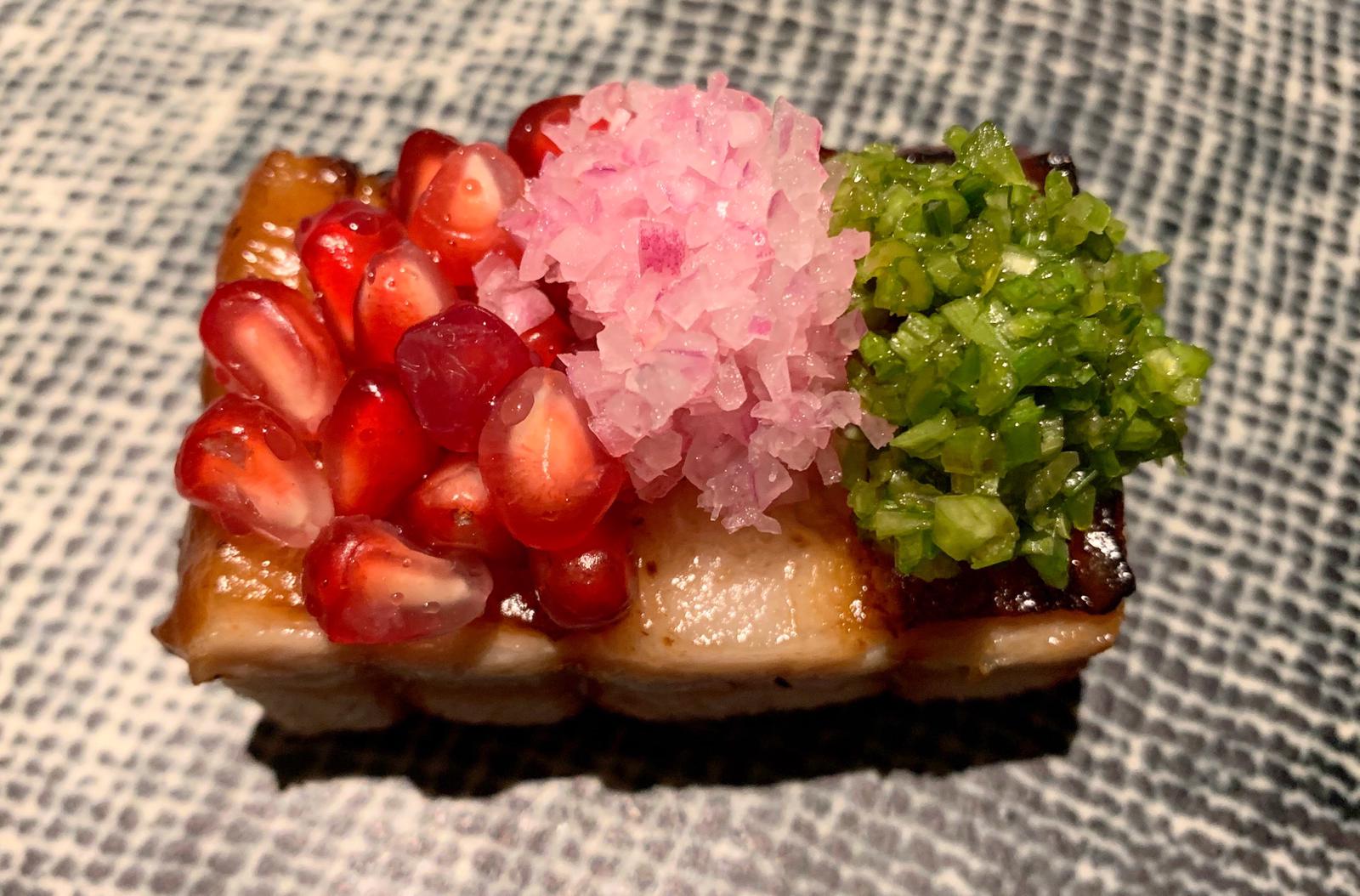 “It was quite by chance we ended up in Bangkok,” she adds. “Plans to open in India fell through, and that was a blessing in disguise because my cuisine draws heavily from Indian techniques. For locals in India, if they saw a woman in the kitchen preparing ‘Indian’ food, they have certain expectations, like being served curry and naan, and it might have been hard for them to swallow that I don’t make things like butter chicken. At the end of the day, I do what I think is right, and people who come here and eat can decide for themselves if they like my food or not. I crafted this restaurant from scratch, and all the decisions that went into it are my own.”

Yet, even as Gaa does not create Indian food, it is Indian in soul, in that the restaurants uses traditional Indian techniques and updates them for the modern day in all their dishes. “There’s so much wisdom and technique and thoughtfulness that goes into these techniques, like drawing umami out from veggies, cooking on charcoal, fermentation and pickling,” Garima says. “And when it comes down to plating, I think that anything and everything that’s on the plate should add something to the dish itself. We don’t want to be extraneous when a dish is already complete, flavour-wise. Flavour always trumps visuals, and where we innovate is less how we plate it and more how we play around with how you eat it instead. After all, who cares what it looks like if you bite into it and think it’s good?” 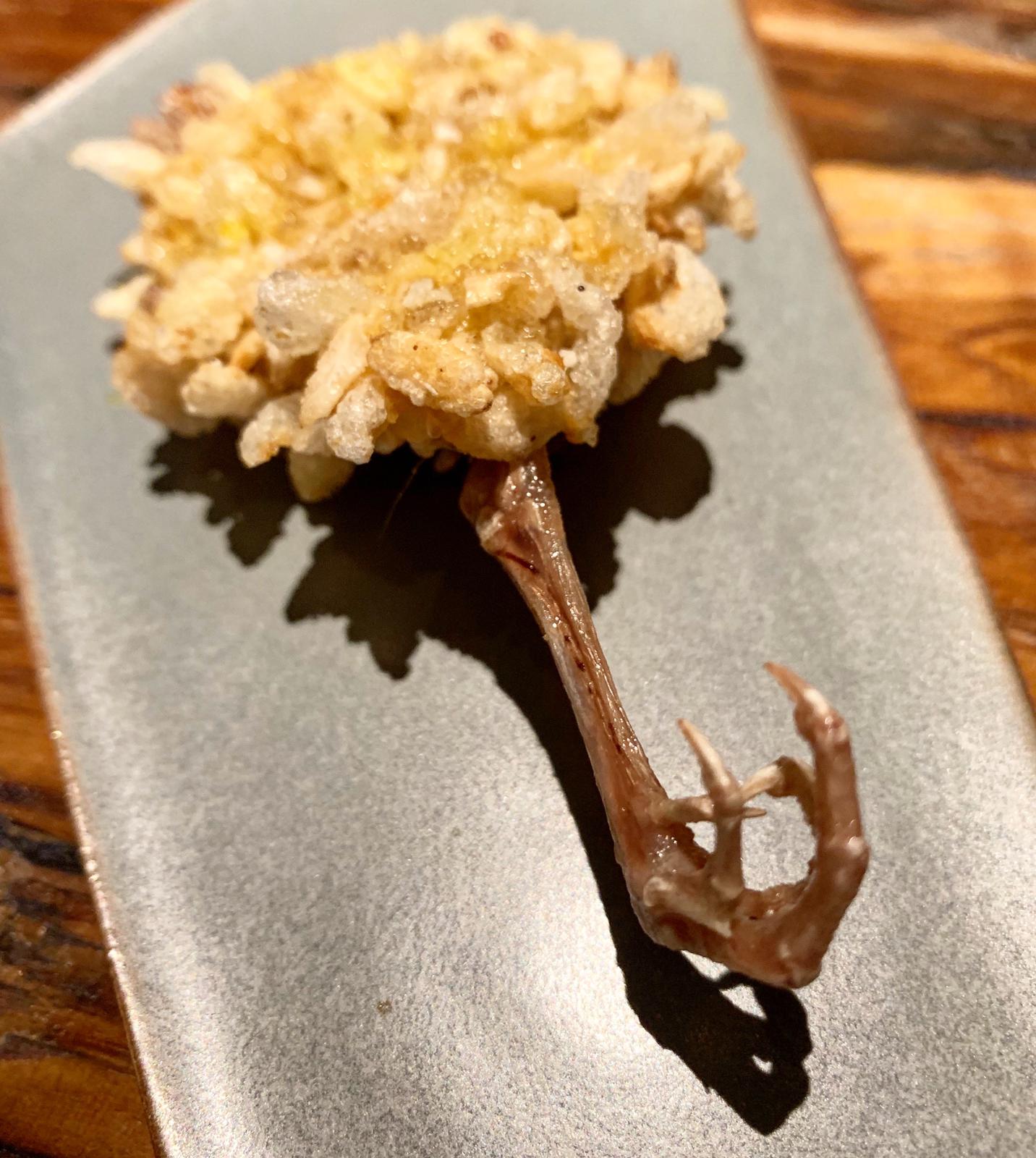 In terms of her actual cooking, Garima has worked with ingredients as odd as bugs, grubs, crocodile meat, and even cod sperm sac (none of which feature in Gaa’s current menu, by the way). Having tried the tasting menu, we’re convinced that she can handle just about any kind of food, including what is her signature dish – Unripe Jackfruit and Pickles. “I’m particularly fond of this dish because it’s one of those completely vegetarian main courses, something no Michelin or fine dining restaurant really has,” Garima explains. “It’s a testament to how we grew up eating vegetables, and challenges what we think fine dining or traditionally good restaurant food should be.” 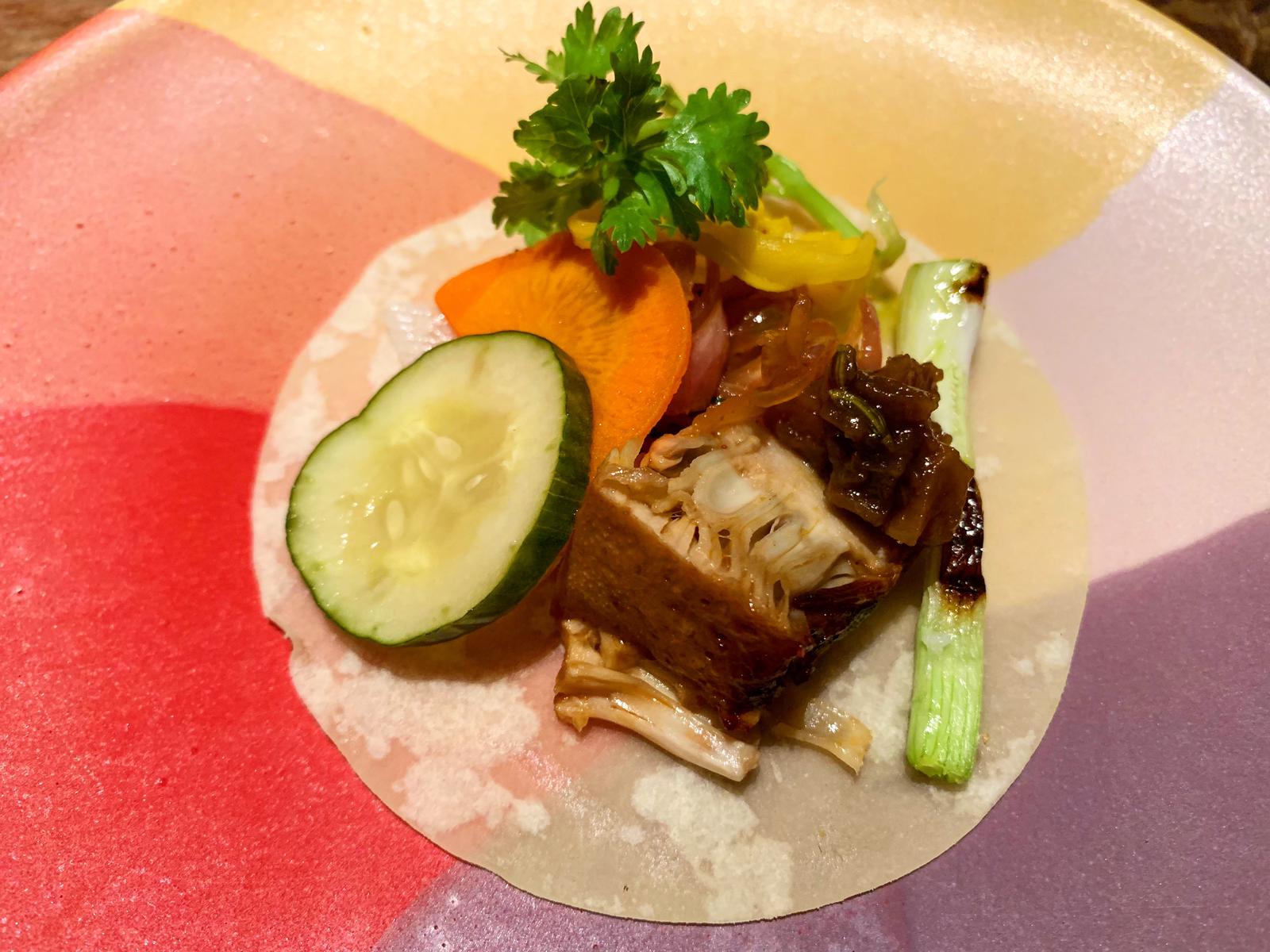 Throughout her menu, Garima constantly pushes at expectations, with little surprises dotting each dish when it comes to flavours that complement each other, often with the sweet and savoury coming together. “Much like how you can add a little savoury flavours into desserts to contrast and make the sweetness come out more, the same can be done in main courses, where you can add a little sweetness to bring out the savoury,” she adds. “It’s very underrated, and it’s the kind of thing that makes you want to eat it that much more.” 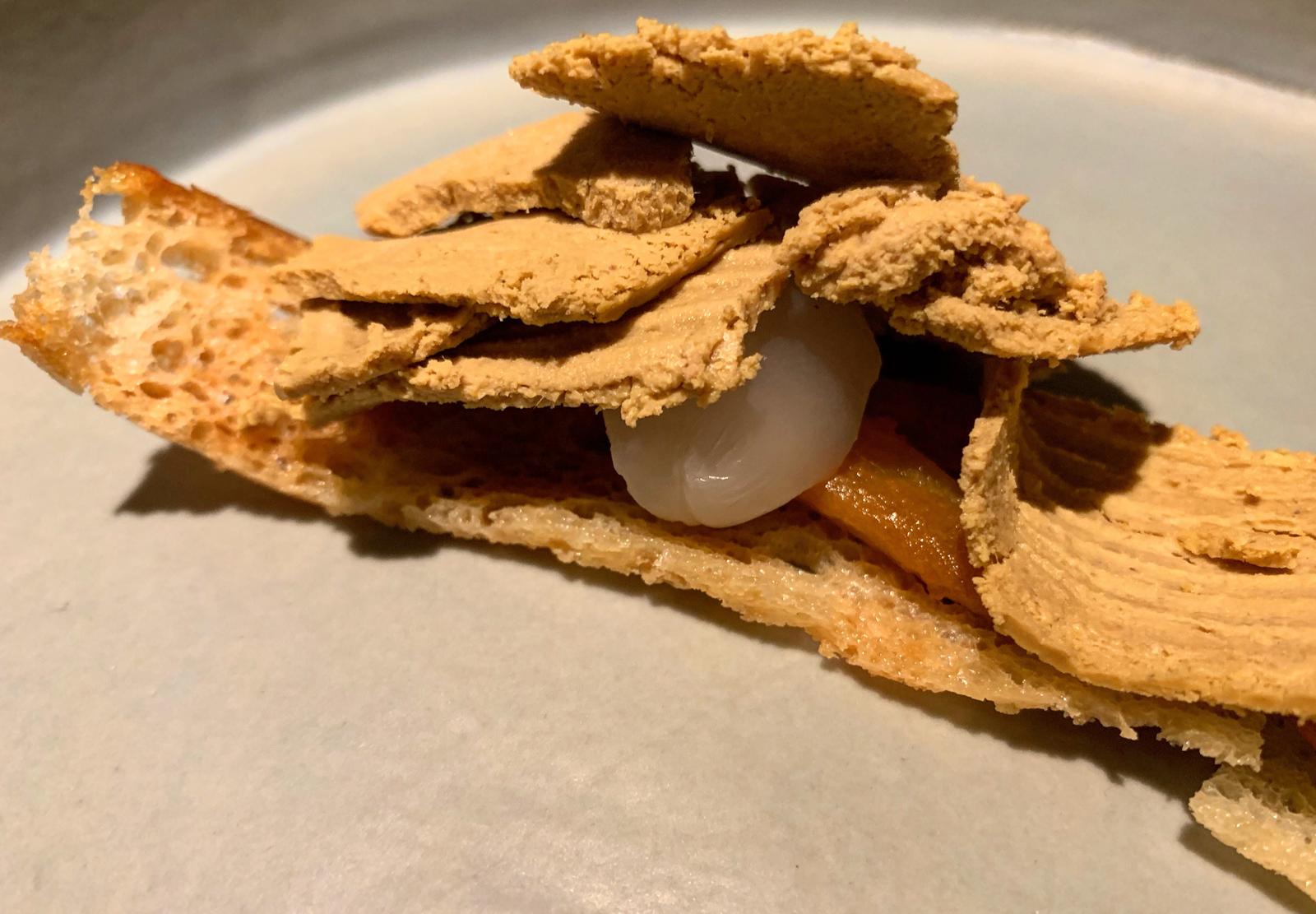 One example of this is her Chicken Liver dish, where a frozen chicken liver pate is spread on bread, alongside a lychee and chiku. “I wanted to create this interesting difference in temperatures on the tongue,” Garima says. “And as for the fruits, well, I always wonder – why not use fruits in your menu? After all, we’re already in a tropical climate, so they make plenty of appearances on my menu.” 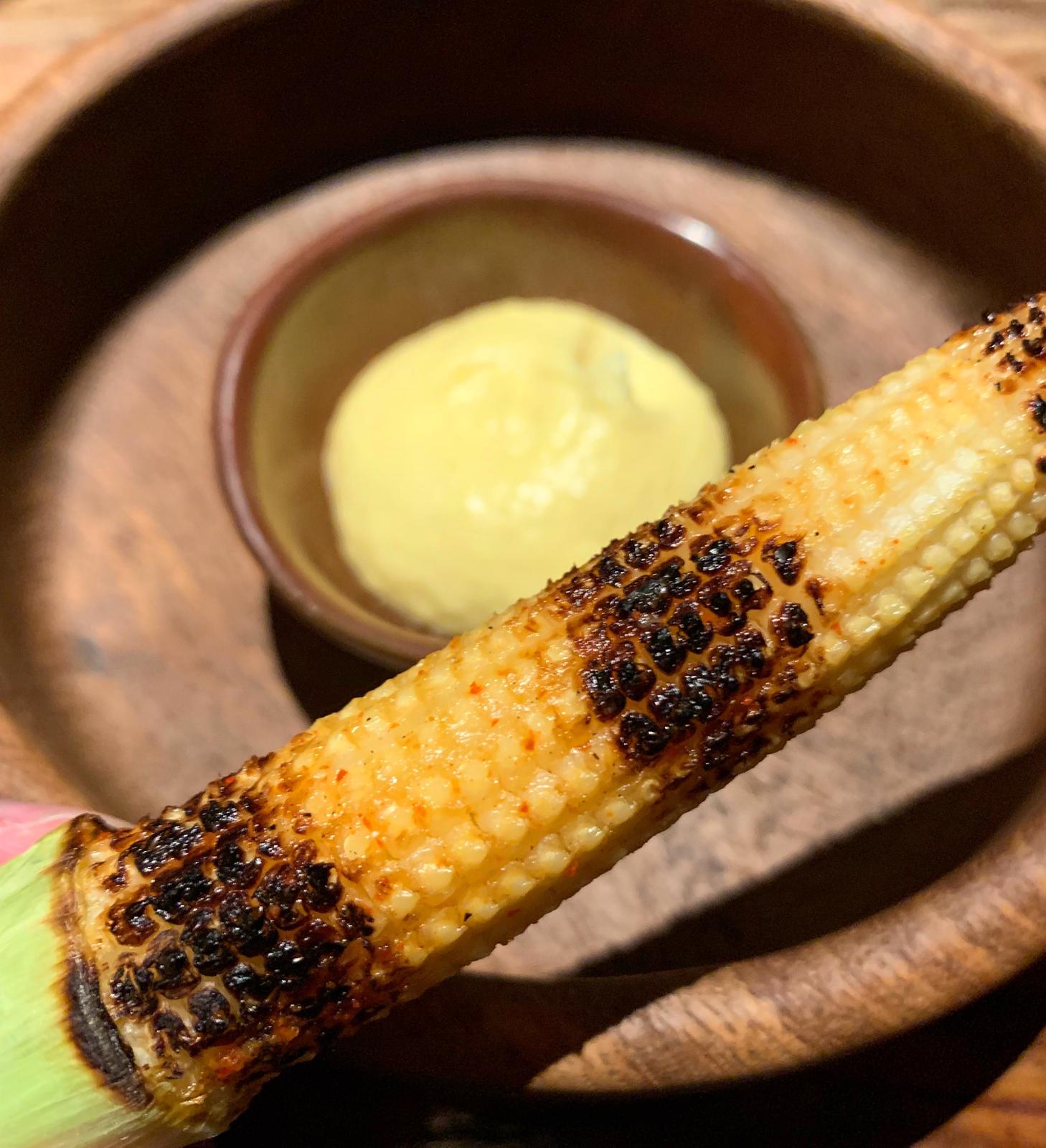 Homage to Indian cuisine is also apparent on Gaa’s menu, including homemade naan and pink guava featuring on the menu. Of these, the simply named ‘Corn’ is a dish that stands out for its simplicity. Says Garima: “Corn is a dish that has been on my menu since day one. While I may never order a corn dish myself, somehow I found that this worked. This is a dish that’s very popular in India, and I decided to do it Indian style, because that’s just the best way of doing corn. Throw in a little bit of sweet tea, and you create this corn buttermilk emulsion, and that reminds you of the Bombay roadside where there’s always chai served with corn, with the savoury and sweet all coming together.” 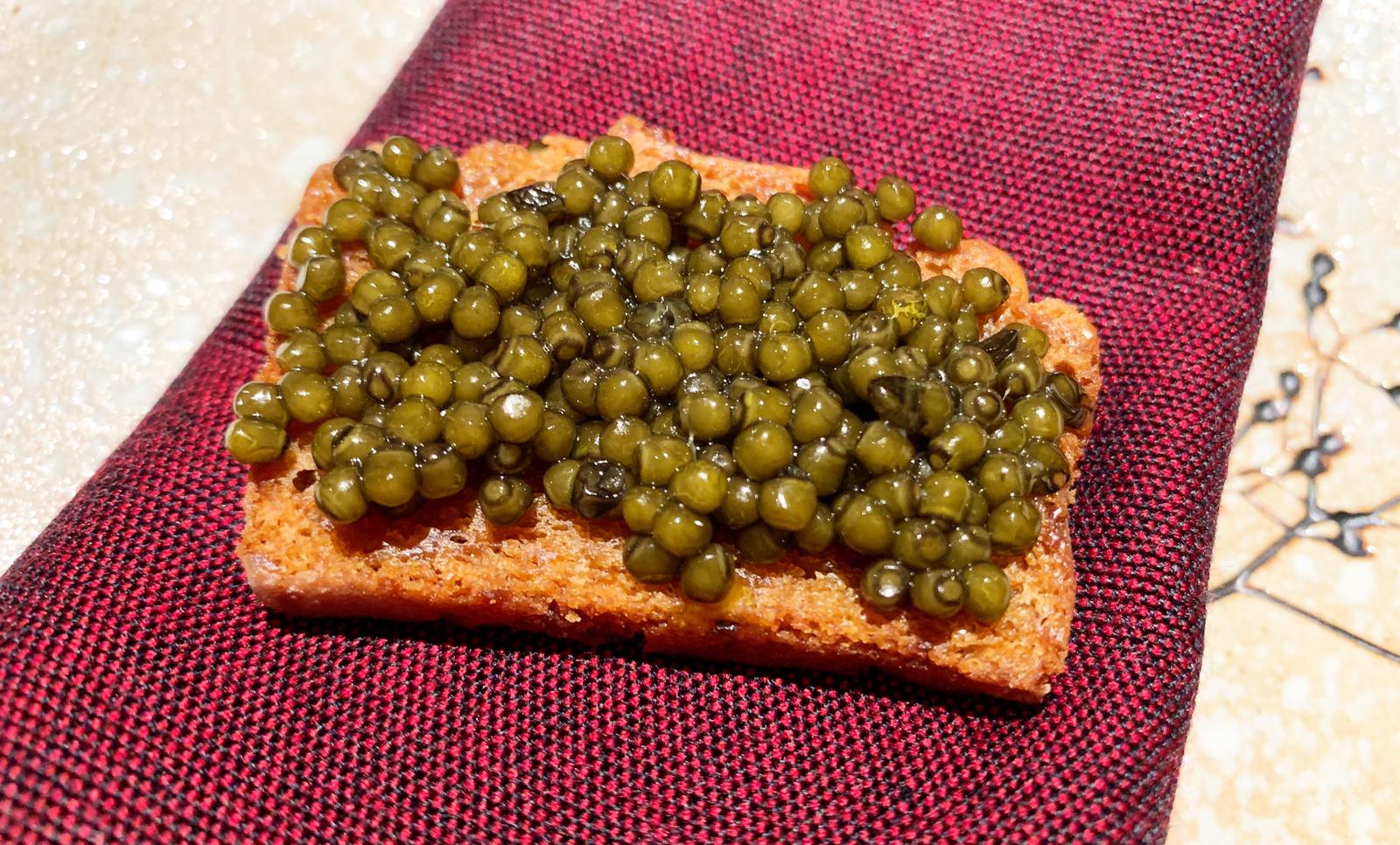 A typical day at Gaa starts at 11am, with preparation of the food before the team comes together for a staff meal prepared on a rotational basis by one person from each section. Says Garima: “I do try to get away from my computer and accounts department, I try to be in the kitchen as much as possible, even when there’s always so many things that need to be done when preparing a business.”

While Gaa is very much Garima’s brainchild, its success also comes from the support of various people in the industry and the Bangkok food scene, and even Garima’s own  home: “My family’s been here a couple of times, and my parents, brother and husband are big reasons why I can be so confident and bold about the things I do in life,” says Garima. “My dad is one of my best critics, and he’ll always talk about what he likes or what he hates. Interesting, he once saw me cooking with tweezers, so he ended up getting some for himself. Now for dinner parties he keeps using them to make something or another, and he keeps losing them, and mum blames me for having put the idea in his head in the first place!” 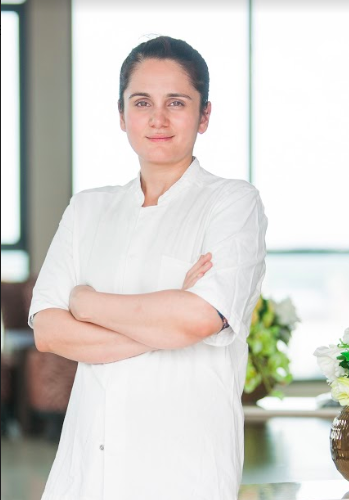 But above all, it really is the people at Gaa itself that has helped make her dream a reality. “My staff, they’re like a family to me,” explains Garima. “Sometimes language can a barrier for them, especially when not everyone has English as their first language. It can be hard to understand them sometimes or explain things the way you want them to. But I embrace these differences, and really, that’s what makes my restaurant so special. If I wanted to be like a restaurant in the West, then I would have opened one there instead!”

She adds: “What’s important is that my team comes together and supports the restaurant properly. I need to ensure they make the right decisions even when I’m not around, right down to being able to talk to guests and explain food to them the way I do.”

Thinking about the Michelin star and what lies ahead for Gaa, Garima concludes: “Most of my team has been with the restaurant since day one, and were overjoyed when we received the Michelin star. This star isn’t just for me, but for my whole team, all of them taking equal ownership of it. It really brought the group much closer together, but whether or not we continue to get it, it doesn’t matter, because life goes on and we just do the best we can. It’s only been two years here, and there’s still so much to be done and that needs to happen, but it’s just so humbling to receive all the love and appreciation for what we do from those around us.”

Gaa is located at 68/4 Soi Langsuan, Ploenchit Road Lumpini, Phathumwan, Bangkok 10330. For more information and to make a reservation, visit their website here