Last weekend, the world famous, 300-year strong Paris Opera Ballet arrived at the Esplanade to perform some of the greatest contemporary hits in their repertoire. Performing William Forsythe’s Blake Works I, Jerome Robbins’ In the Night, and Crystal Pite’s The Season’s Canon, audiences were hyped, to say the least, about the rare opportunity to catch not one but three incredible performances in one sitting. Following an afternoon rehearsal on their short trip to Singapore, we spoke to company étoiles Léonore Baulac and Germain Louvet, the highest rank a dancer can hope to achieve at the Paris Opera Ballet.

Both young dancers in their early 20s, the two first performed together in a staging of The Nutcracker. Since then, they have had multiple performances together on the same stage, growing with each other as dancers as they faced similar issues and spurred each other on to improve, exploring each role together. Says Léonore: “It’s very important for Paris Opera Ballet to go into the contemporary from the classical, because of balance. We have to stay relevant with our wider repertoire, and to let artists grow and explore different movements. It’s not something I ever imagined would be able to happen on the classical stage, but it has.”

Speaking about the two pieces they’ll be performing, Léonore explains: “The pieces we’re performing were created for the Paris Opera Ballet and were designed to present the dancers in a way to make them comfortable, yet also show off their skills. We were both involved in the creation of Blake Works I, and working with William Forsythe, he’s really a genius, and someone who really know how to get the best out of everyone. He pushes you not to be cautious when you dance, and to just be yourself in your movements. He integrated a lot of French steps and footwork into the piece, sort of like a tribute to Paris Opera Ballet, but funkier. The work itself feels a little like being at a party, and it’s as fun to watch as it is to perform!”

Léonore adds: “As for In the Night byJerome Robbins, that’s a piece that we’ve admired since we were in our younger days, and we really loved the beautiful Chopin music used. We always hoped that we would one day be able to perform it, and now, we do!”

With the high expectations of an étoile, pressure can often mount before a show. Elaborating on that, Léonore explains: “Pressure exists for a dancer no matter what, but being étoiles, there might even be more now, since it’s almost like there’s this big crown on your head! Sometimes, I’m my own worst critic, filled with fear. But what I do is that I tell myself ‘well, you owe it to you for the opportunities, roles and time you have onstage now. It’s been filled with plenty of obstacles, but now, it’s the time to really enjoy the fruits of your labour.'” 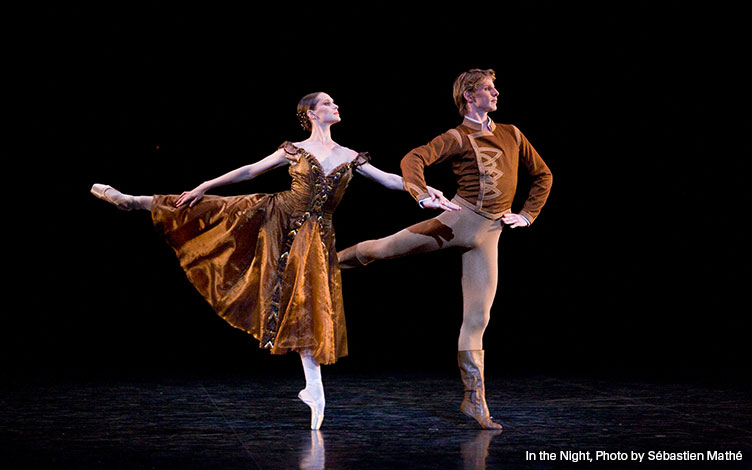 Says Germain: “Before, we were always improving ourselves to try to keep going up and become the best version of ourselves we could be. And now, I think, onstage we are able to do that, physically and technically. We have to become our own judges as we keep dancing, and continue to push ourselves artistically. It’s a little difficult, but we’re determined to keep going.”

As for how they relax in between performances, Léonore finds time to garden with her boyfriend, trying new restaurants and eating good food. On Germain’s end, hailing from Burgundy, he enjoys wine. He explains: “But at the same time, I also love theatre and the cinema. That’s such a wonderful way to see beautiful people and other artists. And sometimes, I do go back to my parents’ place in the countryside, where it’s refreshing and green and calm, compared to the craziness of Paris.” 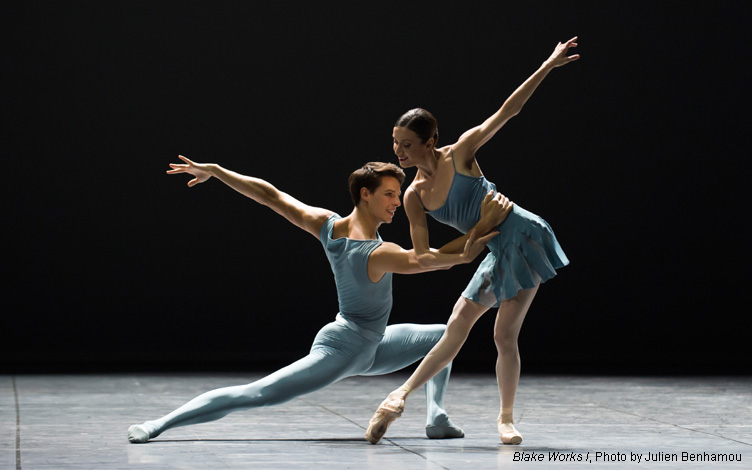 Both Léonore and Germain began learning ballet at the tender age of 4, influenced by various friends or family members to join it. Léonore recalls: “I remember my cousin being in a ballet class, and we were close, so I decided I wanted to join her. Those were some really happy days, and at the end of every class, they’d even give each student a small piece of candy!”

On Germain’s end, he explains: “For me, it’s the same case, where some of my friends were learning dance too. It so happened that my brother was doing judo at the time, and when we sent him for class one day, we realised the same centre was offering dance courses on the first floor. So the next time we sent him to judo, I went along and joined those dance classes! As different as the two may seem, I do think there’s an interesting parallel between judo and ballet, because there is an element of choreography, skill and control of the body that both activities involve.”

The perception of male dancers has changed in recent years, but in his younger days, Germain was still subject to certain levels of prejudice. Says Germain: “When I was much younger, I honestly didn’t care what people say, since as a child, it was just so normal for me to do dance and my gender never really came up as an issue. But when I went to secondary school, that’s when I became more aware o how some people saw me. I never took it personally, and honestly, at the Paris Opera Ballet, there were plenty of guys, so I never felt out of place. And when I was accepted, people found out and actually became more respectful of me!”

Over the course of their careers, both dancers have worked with some of the greatest choreographers of today, including Benjamin Millepied, known for his work on the film Black Swan and the LA Dance Project. Says Leonore: “We worked with Millepied on The Nutcracker, and what was really beneficial to our career was having those opportunities to keep improving. Over the 2 month rehearsal period, he always made it as comfortable for us as possible during rehearsals, and you could see that he trusted us a lot. It can be quite terrifying to suddenly becoming an étoile after 5 years in the company, now given the opportunity to do solos and all, but working with Millepied, he really gave me a sense of confidence to succeed.”

Adds Germain: “Millepied really knows how to stay positive and think positive. He never expected us to be perfect from the get go, but he just wanted us to try and continue to work until we got it right.”

On their brief but wonderful time here in Singapore to present the works, Germain concludes: “Ballet can reach anyone at any age or background. All three pieces went over really well in Paris, and it’s the pride and joy of the company to bring these pieces overseas to let people see.”

Paris Opera Ballet played from 21st to 23rd June 2019 at the Esplanade Theatre.