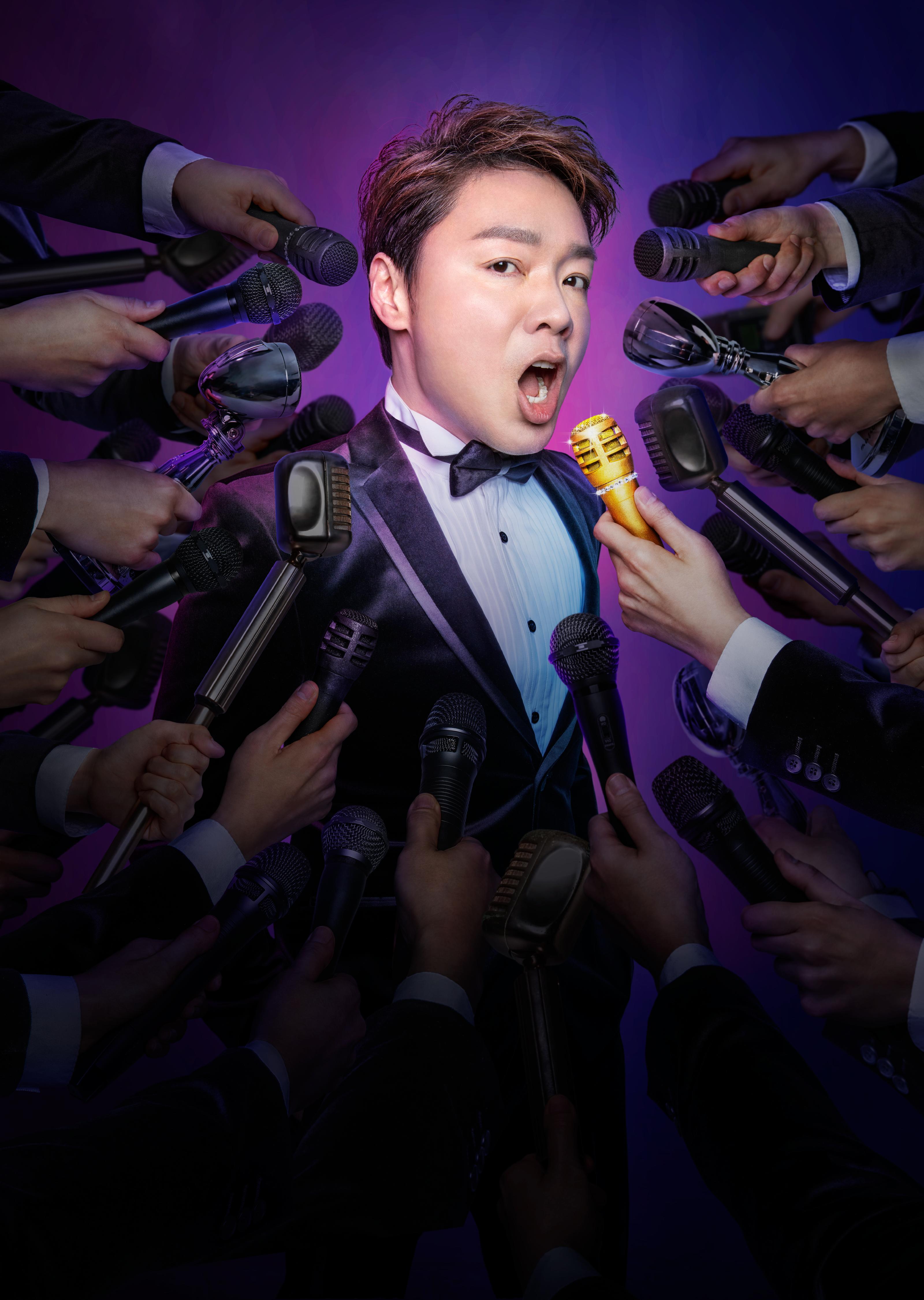 In many ways, Broadway Beng seems eternal. Having debuted in 2006, the dapper, Hokkien-spouting, Broadway/West End musical-lovin’ ‘beng’ has become something of a national icon in his own right, winning the hearts of countless aunties, xiao mei meis and men alike with his swagger and charm.

But unlike an icon such as say, James Bond and how the character changes actors every few years, Broadway Beng can and will only be played by the one and only Sebastian Tan, at least for now. Says Sebastian: “Broadway Beng is a character that has grown with me every step of the way because I lend so much of myself to the character. Of course, I still have other work available, like how I’m currently on Toggle’s adaptation of Fried Rice Paradise – that’s a dramatic role that’s a little different and something I haven’t done in a while. But Broadway Beng remains a really big part of myself and what I do.”

The last Broadway Beng concert was held back in 2016, just three years ago. Yet, to the layperson, the Sebastian Tan of 2016 may not look much like the Sebastian Tan of 2019, who’s looking fitter and slimmer than ever before, yet still very much just as joyful. “I think that this edition of Broadway Beng brings me back to what I wanted 13 years ago, back when I was fresher, thinner and younger,” says Sebastian. “Think of it as going ‘back to the future’ lah!”

He elaborates: “Over that period when I got into show business, I became best friends with food and alcohol, started not taking care of myself, and when the work stress started to pile up, I ate even more and it wasn’t long before I found myself expanding.”

“The trigger point came in 2016 during the last Broadway Beng concert. I was singing as usual one night, but then all of a sudden, I just couldn’t walk. I went to consult a sinseh, and decided that it was finally time to do something about myself to get healthier and feel better about myself.”

In the same vein as James Bond then, this edition of Broadway Beng presents Sebastian as a man on a mission – to show the world just how much he’s been ‘reborn’. Or in his own words – re-BOND. Says Sebastian: “This concert is really a way of representing who I’ve become now, and in the show, we’ll be playing up the Bond theme a lot. I’m certainly older, but also a lot classier.”

We comment that Broadway Beng has always given off the impression of being rather classy, but Sebastian waves that notion aside and corrects us: “There’ve actually been times I’ve come out onstage in an egg costume or rolled around on the floor during the show. This time, there’s something for both new audience members and old ones, with new songs, new chio buus, more jokes around current issues, and even new twists on some of my most signature acts, along with of course, favourites from shows prior.” 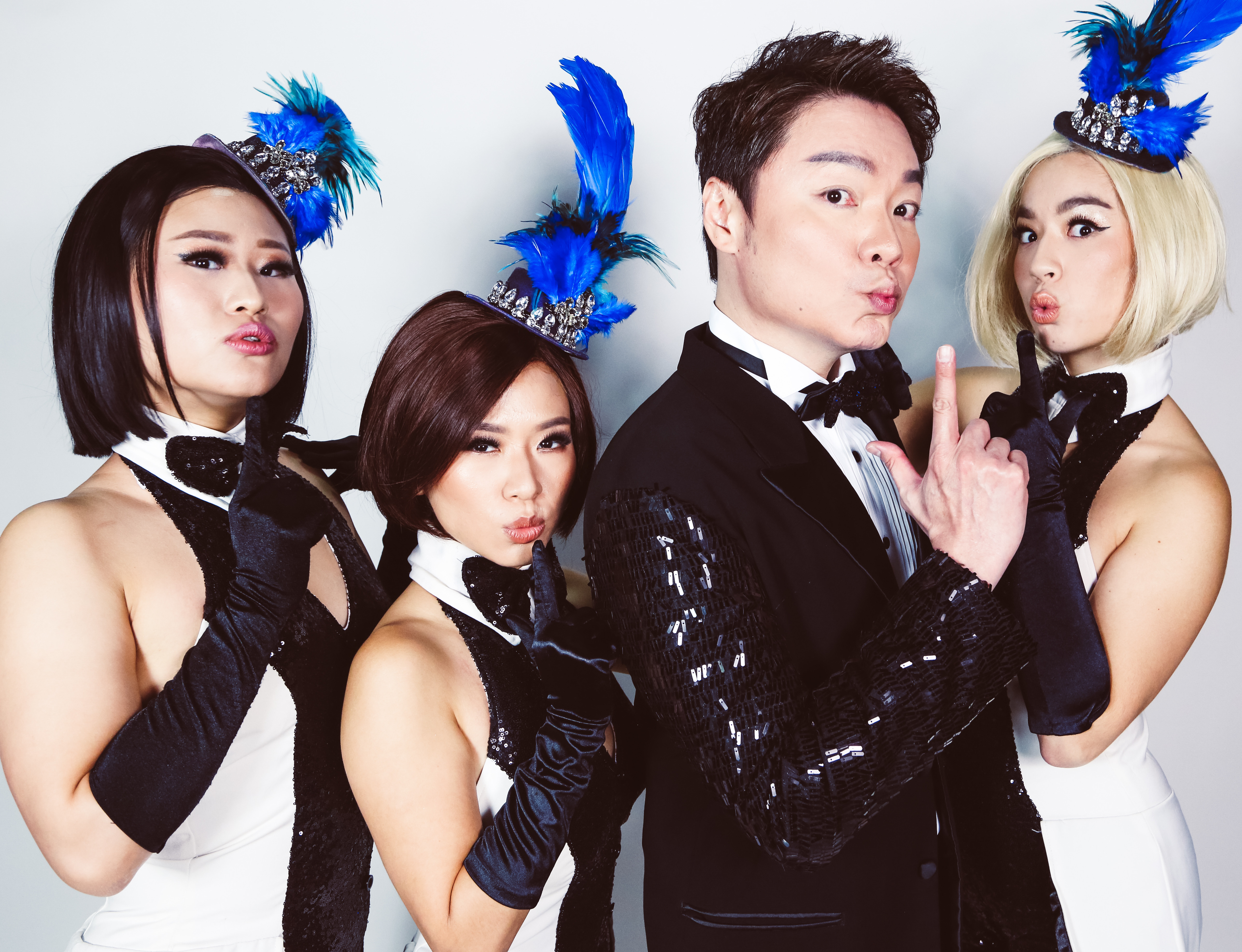 Speaking of the chio buus, or the Re-BOND Hair girls, this year’s edition of the concerts features three fresh faces in the line-up: Tia Andrea “the kantang”  Guttensohn, Stephanie “kohlian” Sim, and Inch “siginna” Chua. Says Sebastian: “Being a chio buu has always been a good platform for up and coming talent in Singapore, something we always have plenty of, and Dream Academy has always been supportive of them. All three of them are wildly talented, and then you’ve even got Inch Chua in there, who’s already a star in her own right. I was so surprised when she said she wanted to come on board, and I asked her ‘you sure ah?’ And she responded ‘yes! I wanna be a chio buu!’ Hearing that made me very touched and very happy to know that I’d be working alongside her.”

In addition to the chio buus, Broadway Beng certainly isn’t a one-man show – it takes a village to put together, and Sebastian is always thankful for the support that his entire team has been providing him with all these years. “My band has been with my for the last 13 years, and I’ve always been looking for an opportunity to get them to perform alongside me onstage,” he says. “And this time round, they will! They’ll be singing with me in one of the numbers!”

“And then you’ve got the entire Dream Academy office rallying behind us as well,” he adds. “Together, we’ve really become this one big Broadway Beng family. There’s been a strong bond developed over the years with everyone, and I never feel alone onstage.” 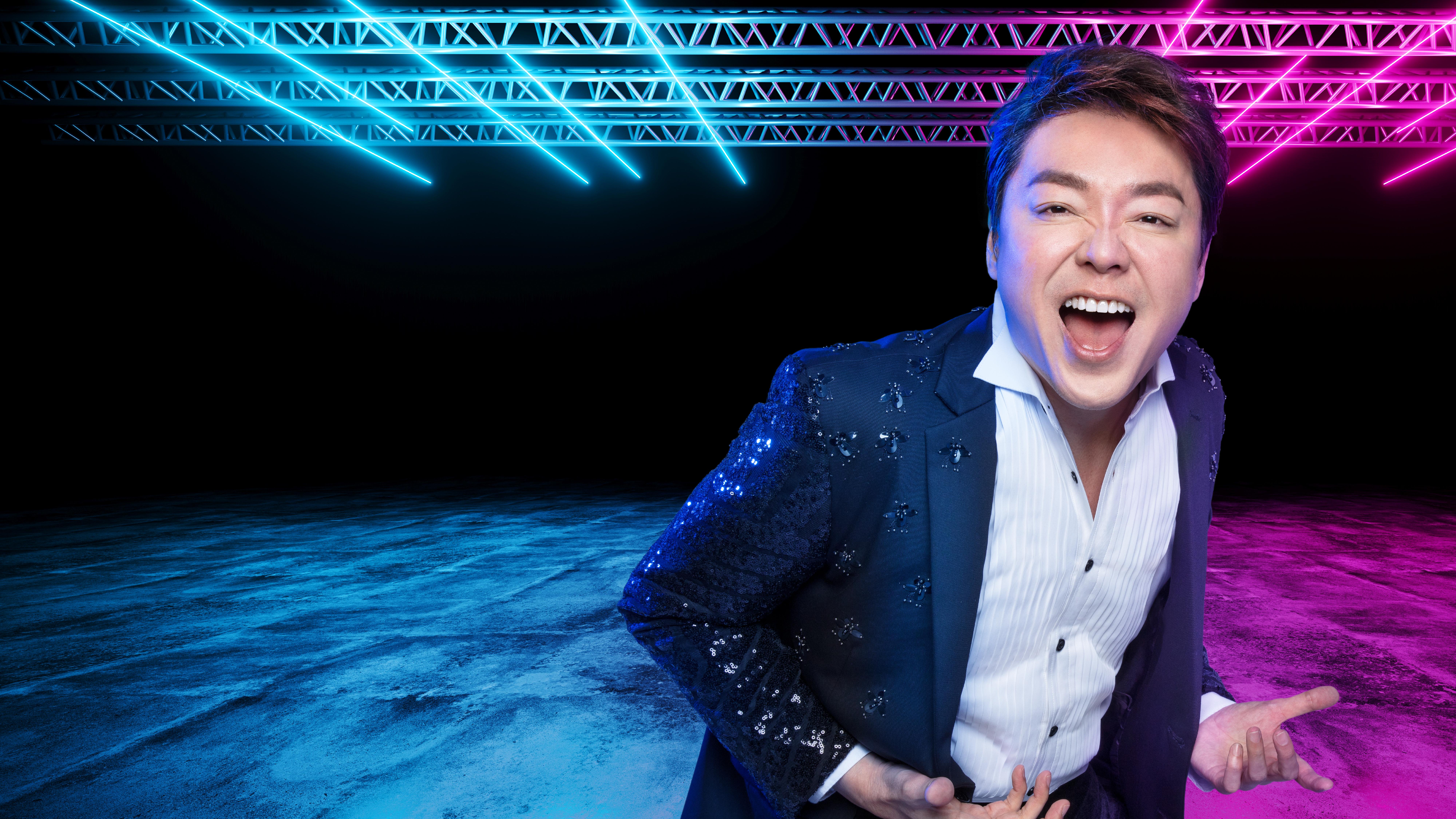 For Sebastian, Broadway Beng truly does represent Sebastian at his finest. He elaborates: “Before I did Broadway Beng, I was just this chao ah beng. But with the show, I realised I had this ability to be so much more, and really entertain people. It’s such a joy to make people laugh in the theatre. As much as I can do a very ang moh musical or perform in another country, I’m still a Singaporean boy at heart.

Why then, should you be concerned with watching Broadway Beng? You can certainly look forward to Broadway Beng’s creative re-interpretations of some of your most beloved musicals, such as The Phantom of the “Chinese” Opera, A LAD DIDN’T, The Anti-Bicentennial Beng Tale of the Forgotten Farquhar, and even the World Premiere of the New-BOND musical, complete with his Re-BOND Hair Girls.

Sebastian adds: “Broadway Beng is my way of reminding Singaporeans to just keep it real, and also not to take themselves too seriously. We gotta learn to laugh at ourselves, even as we push the boundaries and keep moving forward. Yes, I know there’s a lot of censorship and red tape in Singapore, but this show is my way of telling everyone let’s relax a little, while still striving to push forward and go further.”

“This is a show that’s quintessentially Singaporean,” he concludes. “And it speaks to all Singaporeans and any foreigners who want to experience a big slice of Singaporean culture We’ve injected it with my signature dose of beng-ness, and deal with some of the most topical issues of our time. In short – it’s a good piece of Singaporean entertainment. Take this as my open invitation to everyone to come on over and have a good time, It’s going to be one heck of a party and a ball of a good time for audiences both old and new.”

We’re giving away tickets to catch Sebastian Tan as Broadway Beng! All you have to do is comment below or email us with the answer to “What is one musical parody you can expect to see in Broadway Beng – Last Beng Standing?”

Winners will be contacted via e-mail.