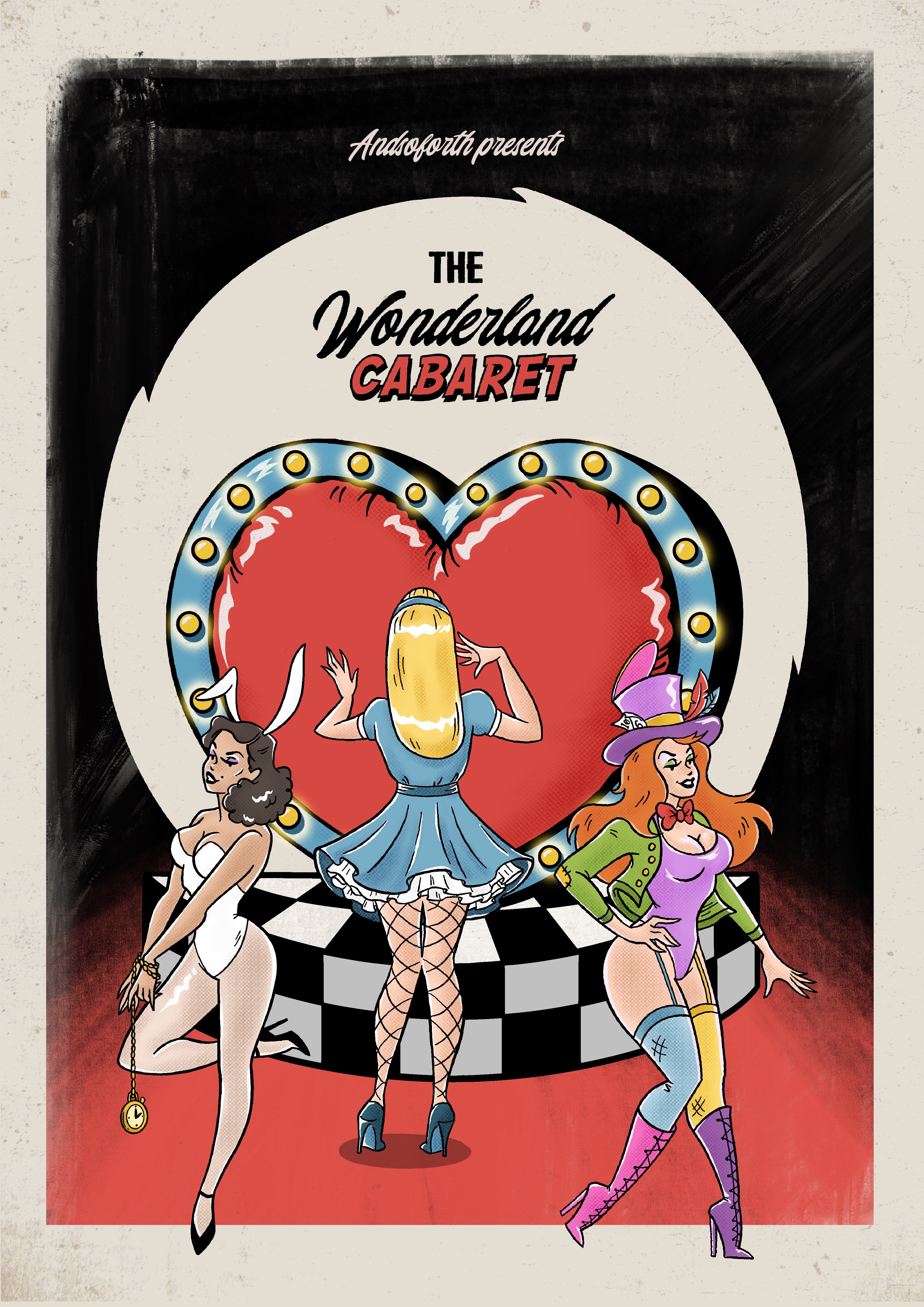 Andsoforth’s naughty side is realised in full with this curious cabaret.

When Lewis Carroll wrote Alice in Wonderland in 1865, chances are he never imagined it would ever be adapted into a cheeky cabaret, complete with his characters dressed in fishnet tights, thigh-high boots and all dragged up. To be honest though, he might end up enjoying it, especially if it comes in the form of Andsoforth’s Wonderland Cabaret. 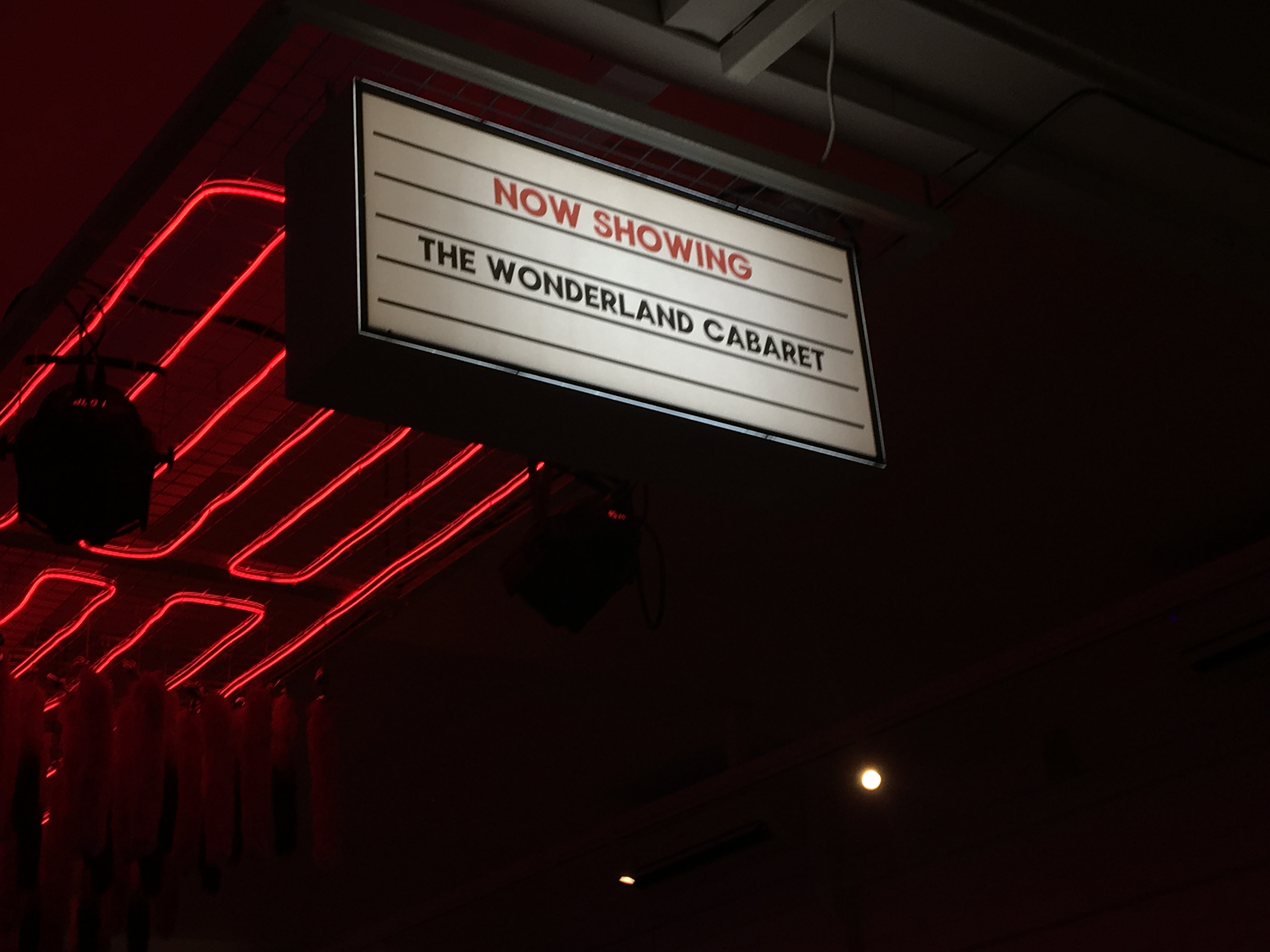 With Andsoforth’s latest show, the local immersive theatre company elevates their craft further still with a no-holds barred cabaret show specially held in honour of the Queen of Hearts. Taking place in a single room, guests were given a black-tie dress code and came dressed to the nines, grouped into a number of banquet tables as we observed the scene before us, with furry cat tails hanging from the ceiling above, a neon lighted backdrop and a circular, checkerboard platform in the centre. 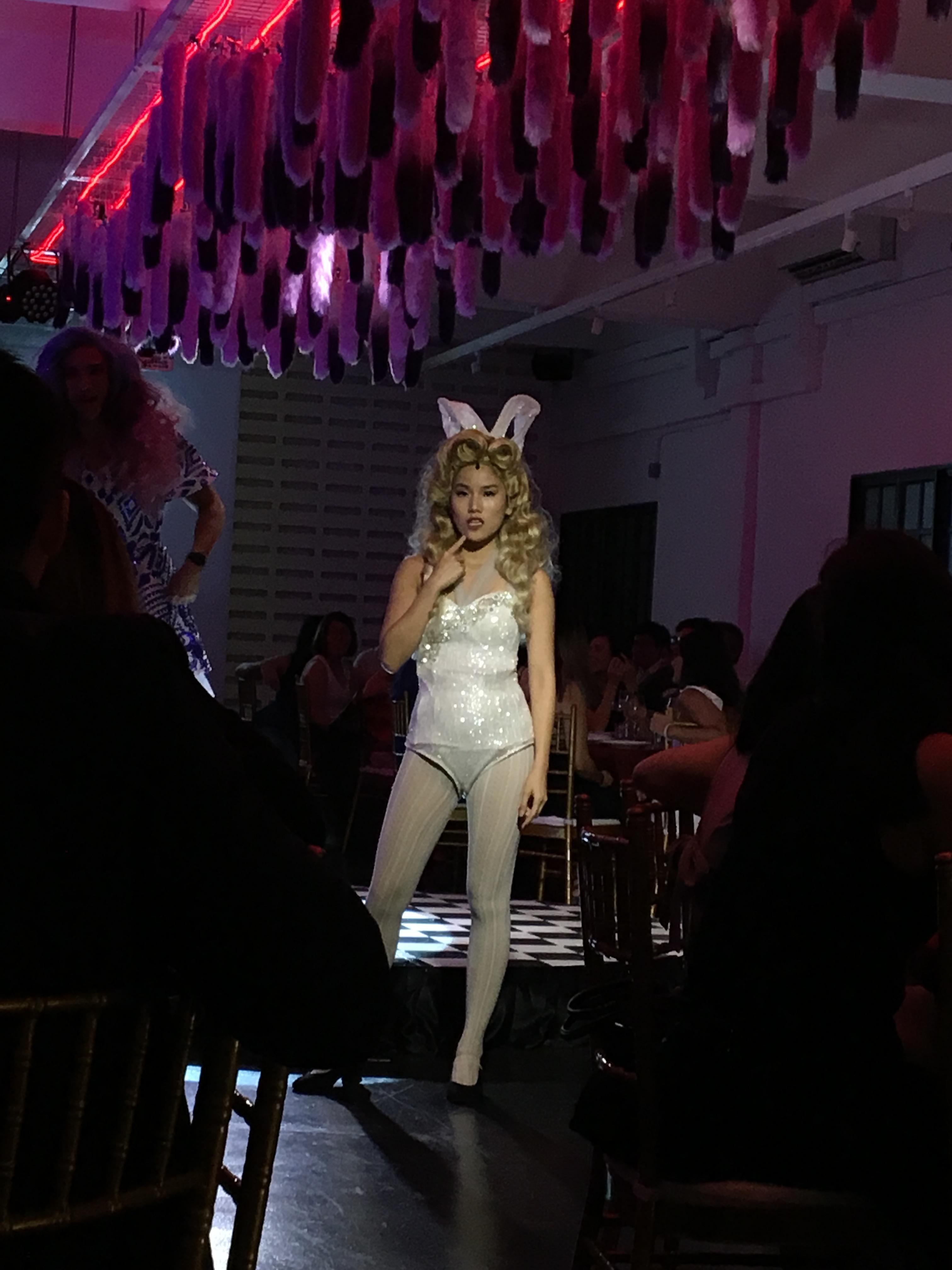 It’s not long before we’re introduced to our three lovely lady hosts of the night – The Mad Hatter (Sarah L. Smith), the White Rabbit (Rachel Chin), and Alice (a crossdressing Lian Sutton), as they mingle with the audience. While a little chaotic at first, once our hosts find their rhythm and establish the mechanics and narrative of the show, the audience also settles in and relaxes as they enjoy the wacky variety show Wonderland has prepared for us. There is an unabashed, completely liberating atmosphere that’s felt within the four walls of the Wonderland Cabaret once things finally kick into gear, with all three hosts completely embracing their roles in all their sexiness, absurdity and sheer whimsy to immerse us in the crazy rules Wonderland has set in place as well. 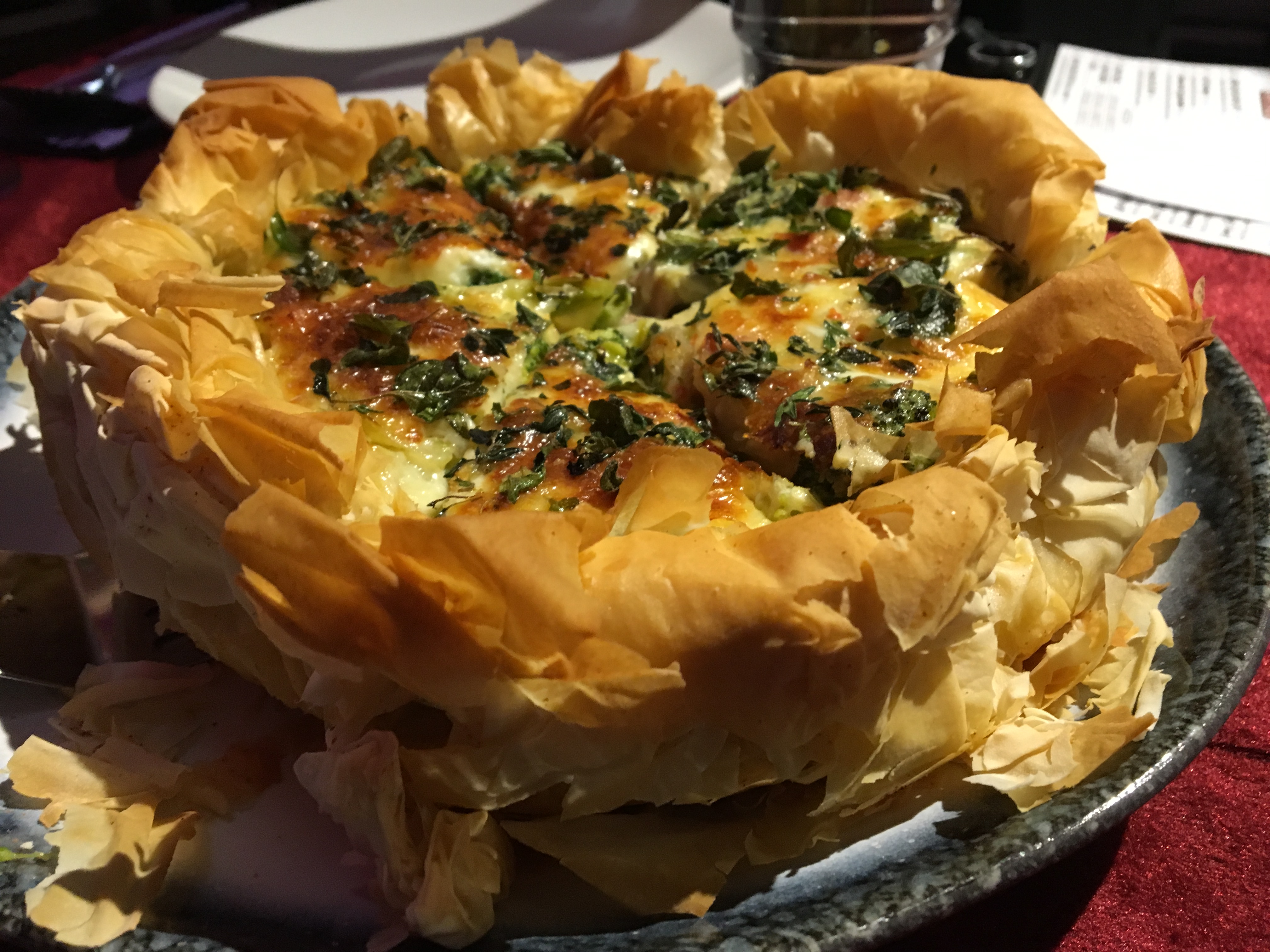 We begin our mad dinner party with a tasty quiche to keep us filled, along with a curious cup of alcoholic ‘tea’ served in an ornate teacup. Raising our cups to cheers, we take a swig from our cup and watch as Wonderland’s greatest talents take to the stage and show off some truly unique skills. 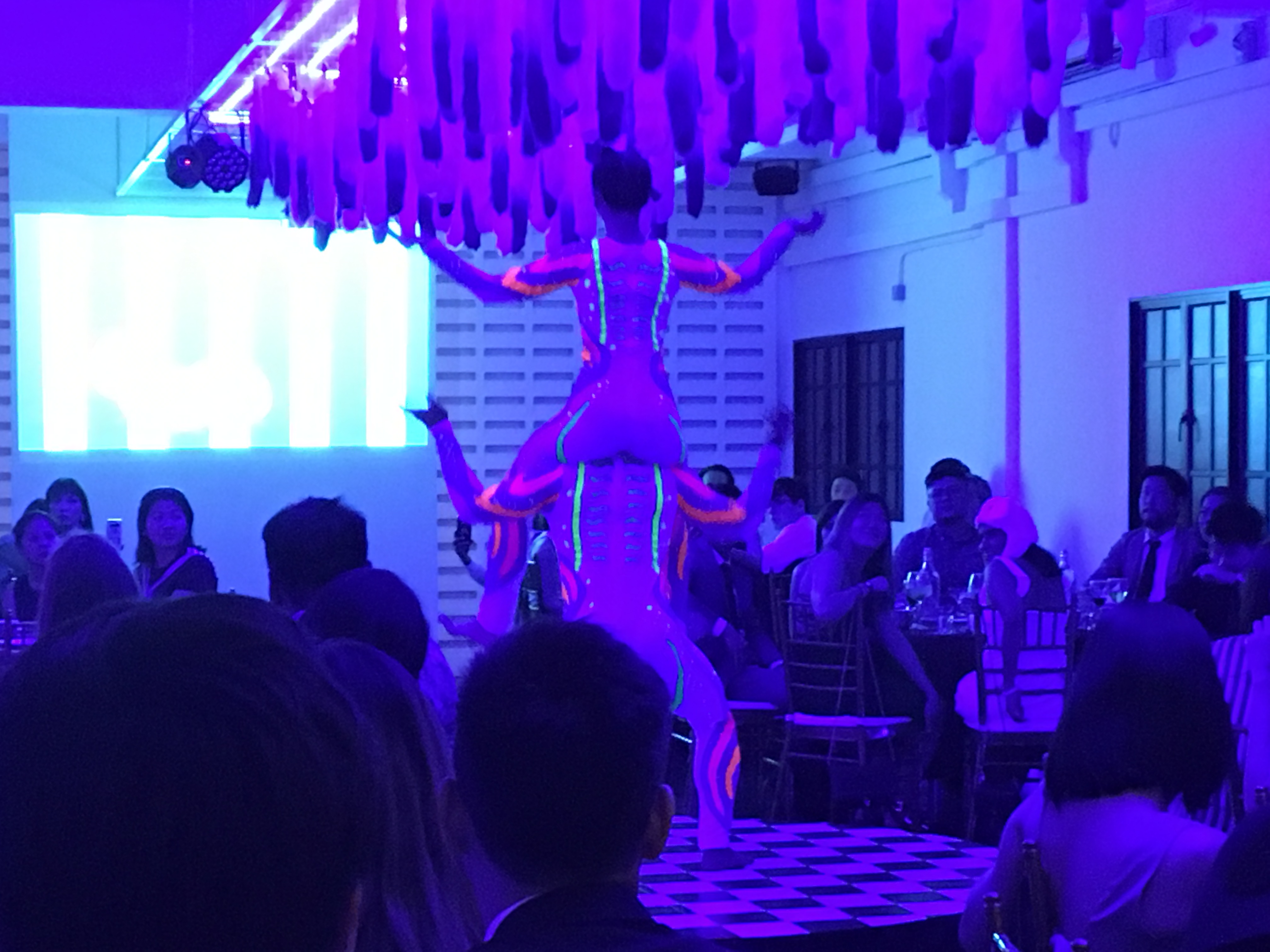 We begin the night on a strong note with an energetic dance act set to house music. Dressed in skintight suits laced with neon lines, the two were literally glowing as they performed choreographic feats under the purple light, spinning and leaping atop each other as they showed off their flexibility. 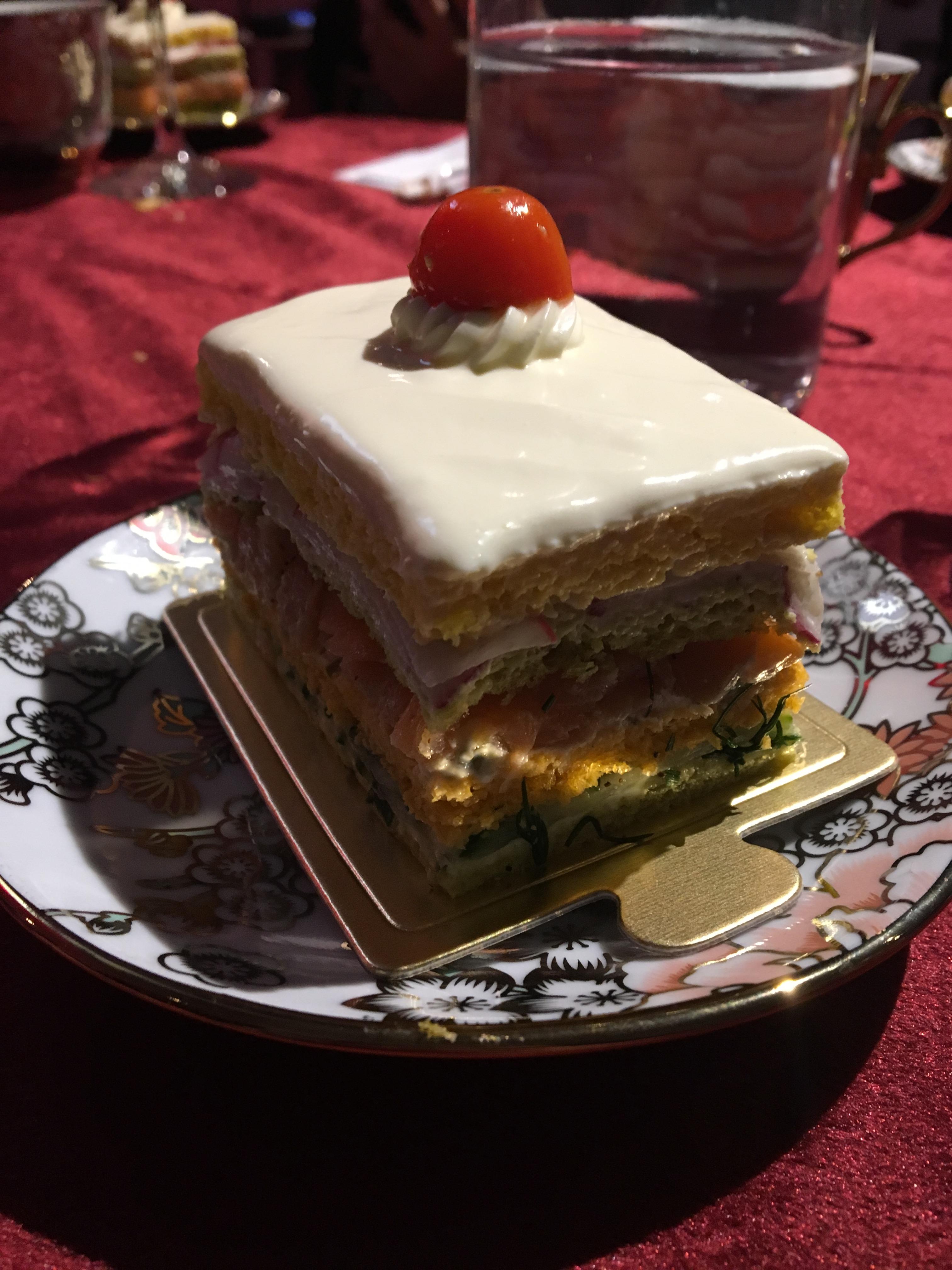 As any mad party goes, it’s only natural that the next dish we’re served is ‘dessert’. Mimicking a slice of cake, it turns out the next food item is in fact, a smoked salmon sandwich, with cream cheese to act as ‘icing’ and a cherry tomato to replace the cherry one might find topping a cake. It’s an adorable touch that we can’t help but be tickled by, and makes for a great companion as our hosts emerge again to dish out some amusing ‘punishments’ to unsuspecting audience members, which they gamely take on with gusto, be it a fashion runway, a dance-off, or a playful whipping. 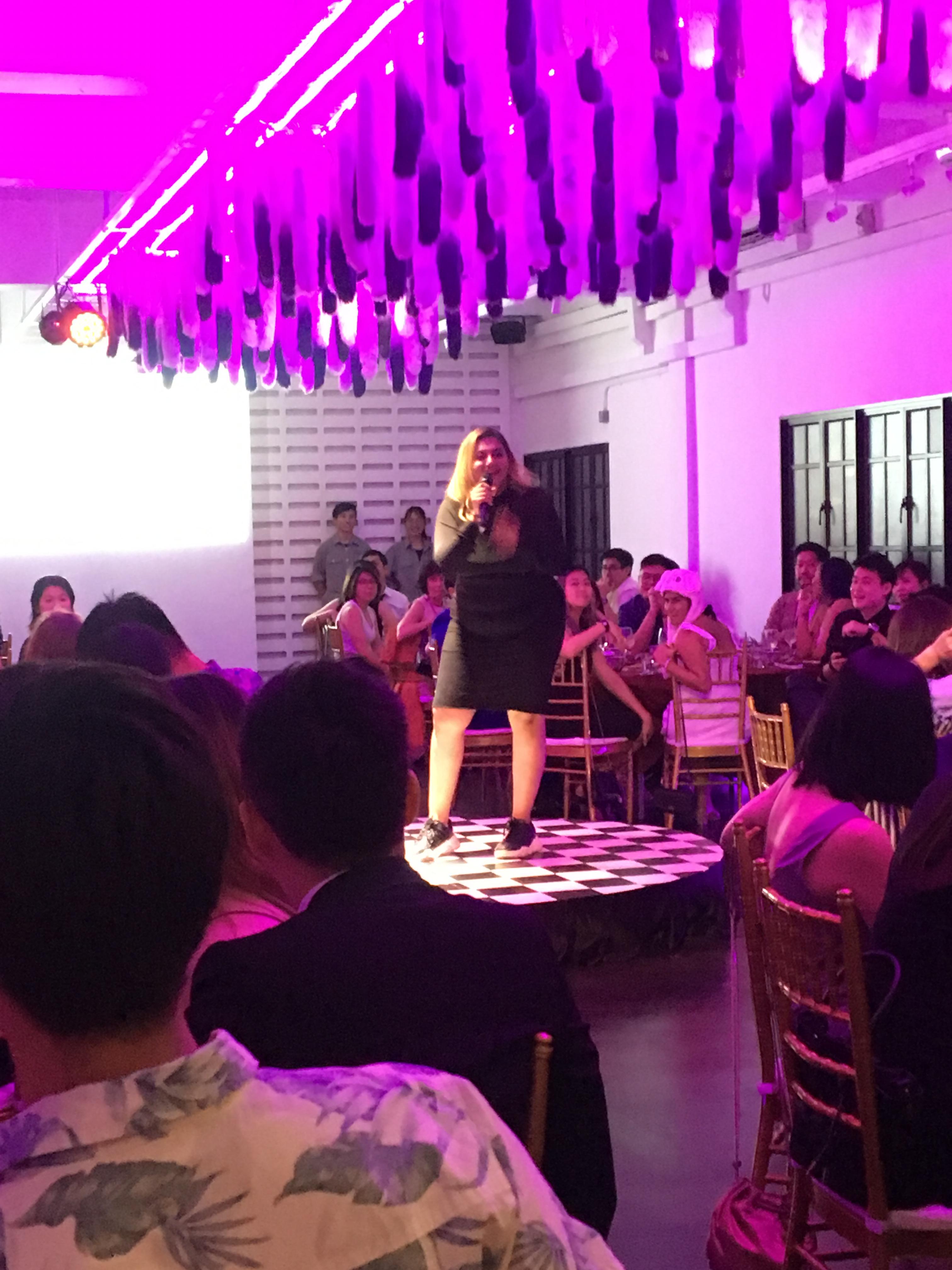 But before we know it, it’s already time for our next act, and it turns out to be a well-known name amongst the millennials – it’s Singapore’s “TOP”0 influencer Preetipls! Having recently released her very own single, the Instagram video star turned local icon has expanded her range of skills once again, going beyond stand-up comedy and hosting to become a legitimate music artist. Performing three songs – ‘Thicc’ (alongside Mad Hater Sarah Smith, who also featured in the music video), a parody of Nicki Minaj’s ‘Chun Li’, and a laugh-out-loud final number – E8, celebrating her unconventional second language that brought the house down. 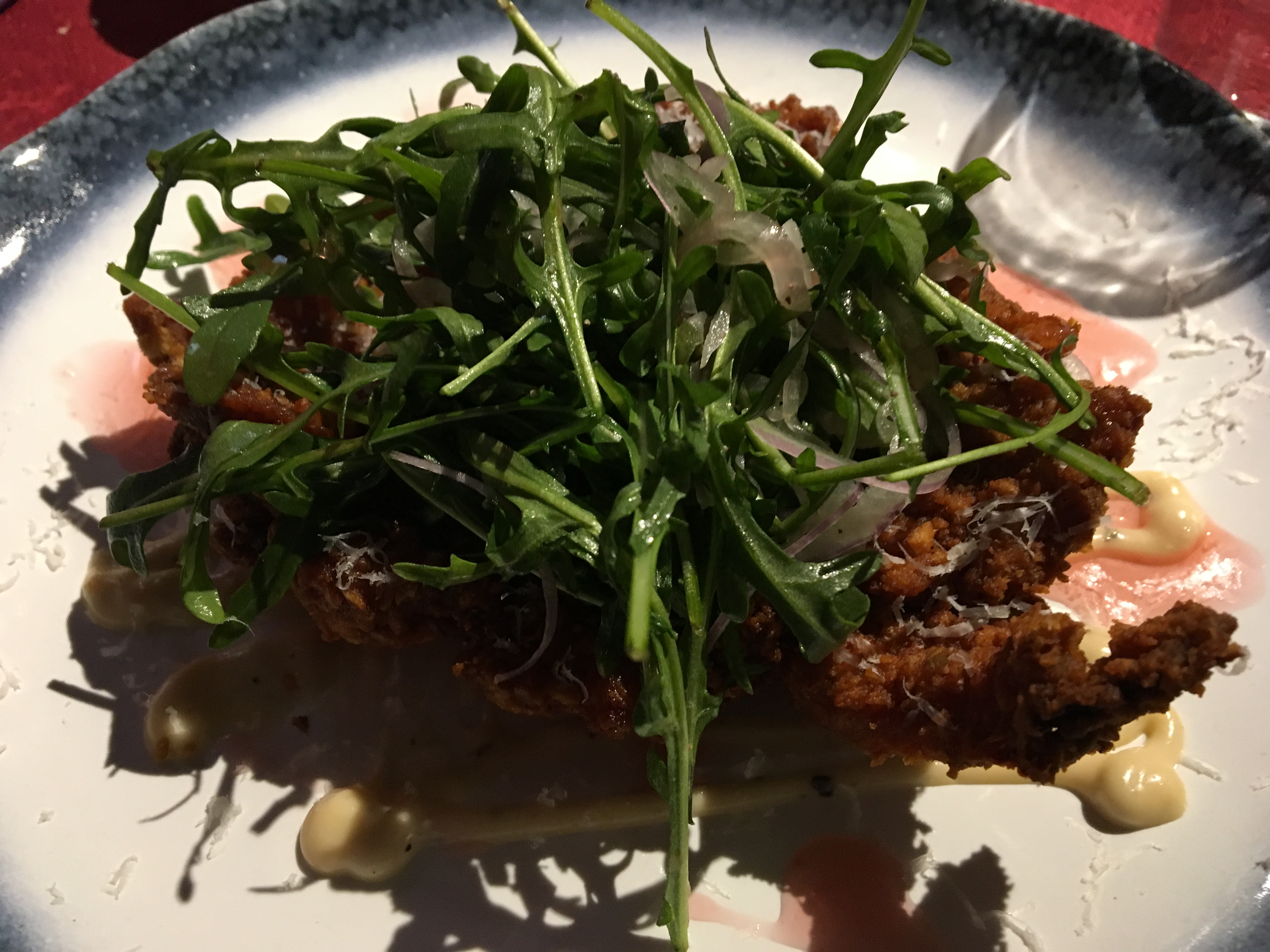 Moving on to our third dish of the night, we were served up our main course – a deep-fried, XXL chicken cutlet topped with rocket, pomegranate sauce and wasabi mayonnaise. It certainly sounds like a whimsical combination of tastes, but all of it came together really well, while every bite left us more than happy with an audible crunch and sigh of satisfaction. One also enjoyed tunes from the Wonderland Band, as they weaved in and out of the tables and serenaded audience members with familiar tunes, from The Killers to Kings of Leon.

But honestly, nothing could quite prepare us for the next act, as a pair of fire dancers emerged to perform, swinging a pole aflame on either end, or twin multi-pronged ‘candelabras’. One certainly felt the heat as they expertly swung them back and forth in the tight performance space, keeping our adrenaline rushing as we observed their graceful movements. It’s honestly impressive that Andsoforth has brought in such an act, a talent no one would ever imagine being able to witness up close, and certainly, makes the Wonderland Cabaret a true series of surprises, one after another. 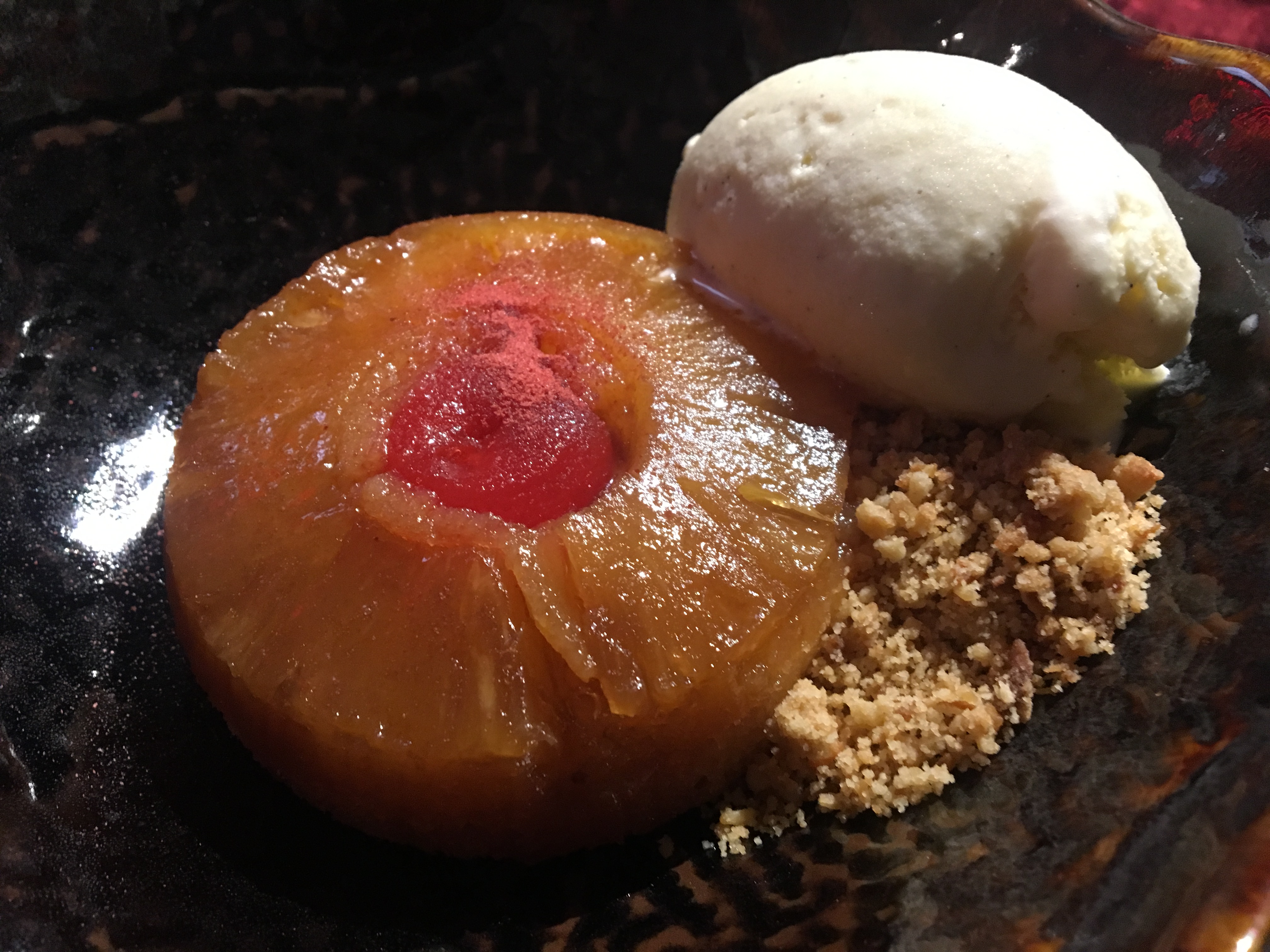 We were so well fed throughout the evening, but as they say, we all have a separate stomach for dessert – a delicious pineapple upside down cake we polished off, simply because it was that good! With our bellies full, our zany hosts returned to end off the night with a game of Bingo, interspersed with a number of audience participation games that helped keep up the energy throughout. The prize? A tasty drink courtesy of the bar, and a toast to a good night out.

As our hosts (undemocratically) declare the best act of the night (themselves), the audience is evidently left in high spirits as they find their way back out the ‘rabbit hole’, snapping photos of the cast and smiling as the last vestiges of Lady Marmalade play out over the soundsystem. Naughty, inane and more than a little wondrous, the Wonderland Cabaret is good, clean fun for adults and promises a good night out, as we’ve come to expect of any Andsoforth production. And with this new work in particular, Andsoforth has crafted a new format and framework for their shows that’s not only successful as a one-off show, but certainly, one we hope to see resurge in future in some form or another, as a great platform to showcase local talent of all forms.

The Wonderland Cabaret played from 5th to 20th July 2019 at a secret location. For more information and to keep up with their latest productions, visit Andsoforth’s website here

0 comments on “Review: The Wonderland Cabaret by Andsoforth”