Few bands last a decade, let alone five. But for American jazz quarter The Manhattan Transfer, with a whopping 30 albums and millions of worldwide record sales and sold-out tours across their career, the multiple Grammy Award-winning band makes it seem easy, having essentially perfected the art of a capella, vocalese and swing over the last 50 years. Having last performed at the Esplanade eight years ago in 2011, they’re back again this September to sweep audiences off their feet as they croon a combination of classic hits such as ‘Birdland’ to more recent tunes from their 2018 album The Junction.

Of its members, it’s perhaps rather incredible to speak to Janis Siegel, a founding member of the re-formed band back in 1972. This version of the band shot to international fame upon their debut, with Siegel simultaneously maintaining an equally glowing solo career, with her 1987 album At Home nominated for a Grammy as well. If anything, Janis is evergreen, her standards of music only ever rising, never faltering over the years. Says Janis on what keeps her going: “It’s hard for me to keep up with the ever-changing music scene, so I stay focused on the creation of music and the joy of singing.” 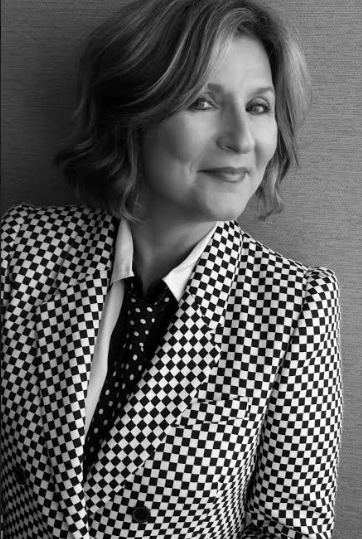 On the longevity of her career, Janis elaborates: “There’s a very specific art to singing in a chorus. I love singing solo, but there’s nothing quite like singing in harmony. Being in the middle of a group, well, you’ve got to know if you’re singing too loud or too soft, you need to be able to blend in with others and really learn to harmonize as one.”

“When it comes down to working with the band,” she adds. “Each of us have our own passions and aesthetic when it comes to music, and we do fight for our own individual direction, but from time to time, all four of us just end up in the same mental space, which has led to amazing albums like Brasil.”

While primarily known as a jazz band, The Manhattan Transfer has often gone out of their way to defy genre, with covers ranging from Christmas tunes to old jazz standards, Brazilian styles to swing and doo-wop, producing one hit after another. Says Janis: “I’d say what we do is an ‘American’ style of singing. We’ve never really wanted to define ourselves as one thing or another, and in essence, we just wanted to keep exploring the various facets of singing in harmony.”

“There’s a real sense of continuity and history amidst the group,” she continues. “We all have this great love and respect for history, from Jon Hendricks to Eddie Jefferson and the vocal groups that came before us and we try to bring it into the present, into the moment. We’re open to exploring different styles of harmony over the years and modernising, and even embraced technology a little, where we use loops. And even though we do a lot of these modern experimentations on our 2018 record, we were very careful to ensure it remained true to The Manhattan Transfer sound and feeling.”

Speaking of the band’s makeup, both Janis and Alan Paul remain as two of the founding members of the group, following the departure of Laurel Massé in 1979 after an injury in a car accident, and more recently, the death of Tim Hauser. Janis and Alan are now joined by Cheryl Bentyne and Trist Curless as official members, still maintaining the core essence of the group. “Tim had this beautiful, high baritone, almost a tenor voice,” Janis muses. “Before he passed, we already has Trist as a substitute for him, and compared to Tim, he’s a true, natural bass that has this really smooth quality to his voice. These were some big shoes to fill, and it’s taken a while for him to feel comfortable in giving his own opinions and ideas, but he’s really revitalised our sound, helping us collaborate with people like XTC!”

The process of joining The Manhattan Transfer is a difficult one, due to how close knit its members were and requiring a specific chemistry and vocal combination. Says Janis: “In the nine years between The Chick Corea Songbook (2009) and The Junction (2018), we went through a bumpy patch, where Cheryl was sick and Tim was sick, and we had to perform with a sub in Indonesia, which limited what we could do. It was tough to keep it together and come up with material for a new record.”

“Thinking back to when Laurel had the accident, we were even wondering if we could find a replacement for her or even go on,” adds Janis. “But we decided we had to try. When Cheryl sang during her audition, the rest of us looked at each other and just knew she was the person we wanted.”

On returning to Singapore, Janis recalls how the band was ‘stranded’ here back in 2011, due to their next stop being Japan, right after the Tohoku earthquake and tsunami. She elaborates on her fondness for returning to Singapore once again and her love for the band’s fans here: “We’ve been coming here a long time, and we even like to perform ‘On A Little Street In Singapore’ each time we come.”

On what else the audience can expect this time, Janis explains: “We’ll probably do a mix of our older material, all the way back to our first record, and tracks from our new record, with a combination of jazz, vocalese, a little doo-wop and no solos. But actually, we usually only put the setlist together over dinner before the show, because we like to get a feel of the place before performing and tailor each show to the audience. Sometimes, we even change up our plans in the middle of the show when we get the sense people want to just dance and we up the energy with other songs!”

With their 50th anniversary not far on the horizon, The Manhattan Transfer is due for a celebration of the greatest kind, and Janis knows that they have to prepare something extraordinary. In the works right now are a special show, a documentary on the members’ careers, lives and music, a potential new record and even a number of potential collaborations. Adds Janis: “We’ve got this thing we do with Take 6 where we do a battle of the bands sometimes – they sing our stuff and we sing theirs!”

“Singing is hard,” she concludes. “The voice is such a delicate instrument and everything you do affects it, from how you breathe to your age. But we’re sure that as long as the four of us are still healthy, well, we’re going to keep on doing what we do and keep on making music. We’ve lasted together this long because for each of us, music remains the most important thing of all.”

0 comments on “Esplanade’s Mosaic Music Series: An Interview with Janis Siegel of The Manhattan Transfer”