British author Anthony Burgess’ seminal novel A Clockwork Orange has seen countless adaptations over the years, from stage plays to its best known iteration – a 1971 film version directed by Stanley Kubrick. But of all these adaptations, one we’ve yet to see is a version created in a Singaporean context.

Enter Teater Ekamatra’s newest production – a Malay language adaptation of A Clockwork Orange, set to premiere this September, as the company tackles this ultraviolent work of questionable morals, led by Noor Effendy Ibrahim, with a script adapted by Zulfadli Rashid and cast comprising Rizman Putra, Elnie S Mashari, Roslan Kemat, Shafiqhah Efandi, Suhaili Safari, and Izzul Irfan. We spoke to Noor Effendy, Zulfadli and Rizman and found out a little more about the play before its premiere. Read the interviews in full below: 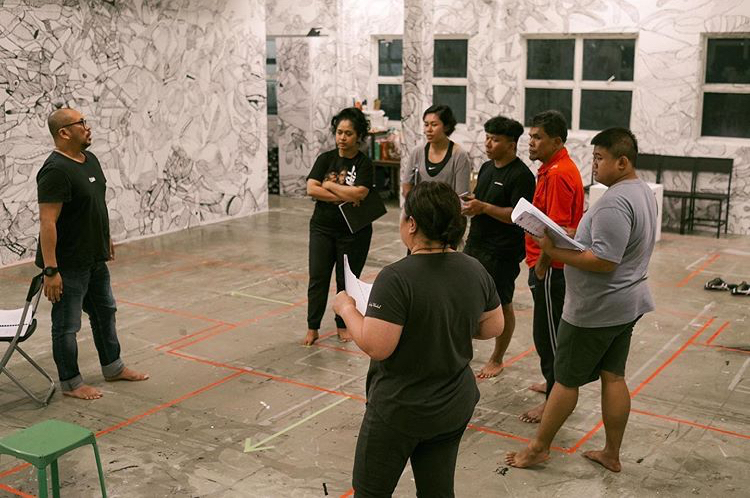 Big: I was asked if I was up for a challenge by Shaza. At that point, I really wanted to work on my own pieces, instead of adapting or translating other people’s work. But when Shaza told me it was A Clockwork Orange, I said yes. I wouldn’t miss this opportunity to wrack my brains to adapt it and have it performed. 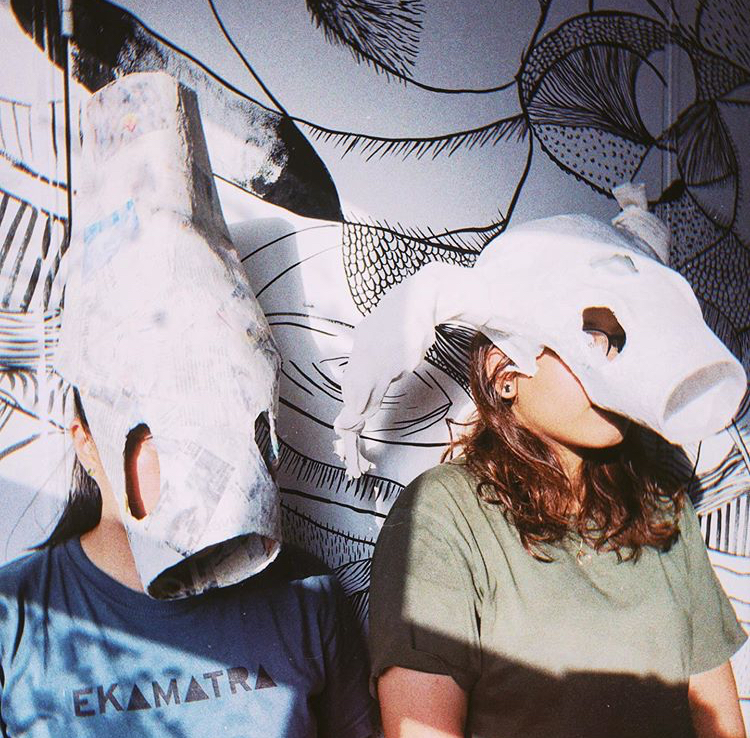 Bakchormeeboy: The language of A Clockwork Orange is quite specific to a certain class within the UK. How did you choose to adapt that for the Malay language and recontextualise it?

Big: Singaporean Malays have their own ‘bahasa Melayu pasar’ and with it, comes a number of variants, pidgins. Which variant you use, depends on who you talk to, which context you use it in, and more often that not, which class of society you belong to. On the opposite end, you have the prescribed standard Malay language, the ‘bahasa Melayu baku’. The bahasa Melayu Baku is akin to the Queen’s English. Both are to be used in formal settings, both are held in high regard, by authoritative figures.

So it was easy for me to ease into parallels in my adaptation process. The tricky part though, is to create a version of a tweaked variant of the language that will symbolise the effects of the oppression and totalitarianism that the characters are put through. 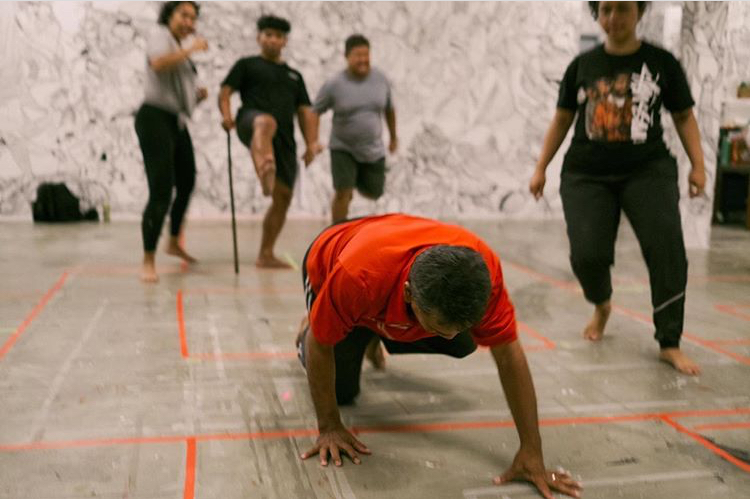 Bakchormeeboy: What was the most challenging part of adapting A Clockwork Orange?

Big: Not to base it on the movie, like trying to steer away totally from the movie version of it. I tried to base my adaptation on the book, but alas, I decided not to deny the imprint that the movie had on me, or any others who watched the movie (many times) before reading the book. 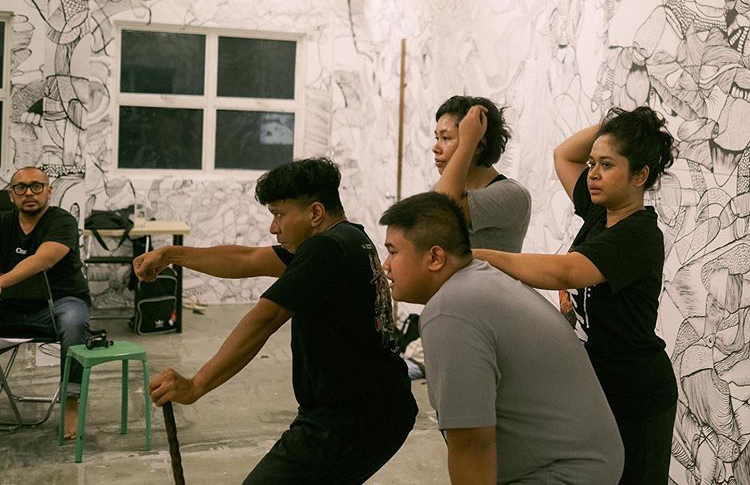 Bakchormeeboy: In your research process of A Clockwork Orange, were there any references to other works or adaptations you looked at for inspiration? What did you decide was your intent in this adaptation?

Big: I didn’t. I am a person who is very comfortable with the Malay language. The Malay language was my entry point. I researched quite a bit on my Burgess and his state when he was writing the book. That was it. My intent for this adaptation is like the past works that I have done – to remain true to what the writer wanted to put across, and at the same time, to make it my own. 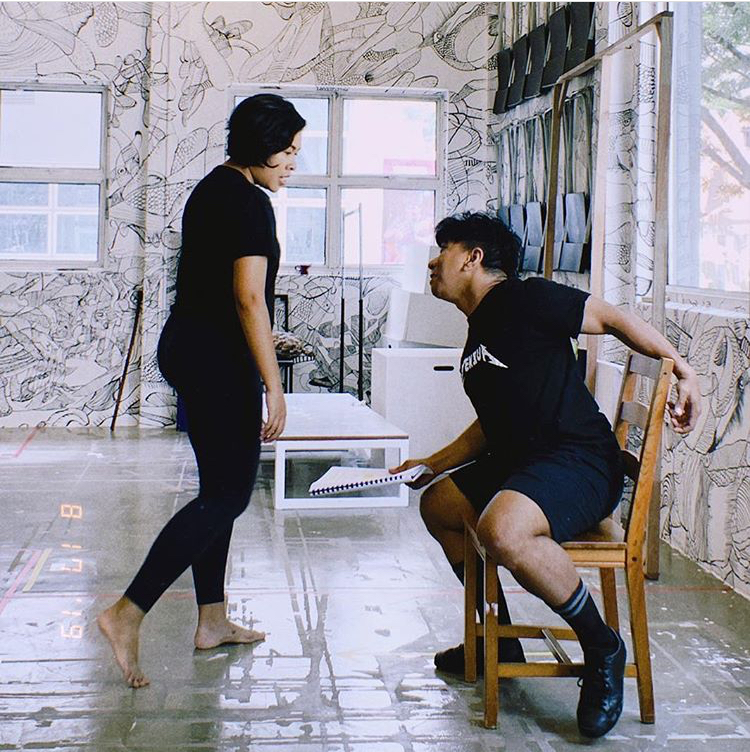 Bakchormeeboy: In recent years, you’ve risen to become one of the most prominent Malay playwrights in the local scene, working with the biggest names in the industry. What’s next, and is there a play you’ve been meaning to write?

Big: I’ve been very fortunate to have been given opportunities by people who see the little good that I can do. I’d like to write my own full-length play, not adaptation, not a commission piece, but something of my own. I’ve been toying with some ideas. Hopefully, something happens. In the meantime, I am adapting Chong Tze Chien’s Poop! to be staged in the near future by Teater Ekamatra. 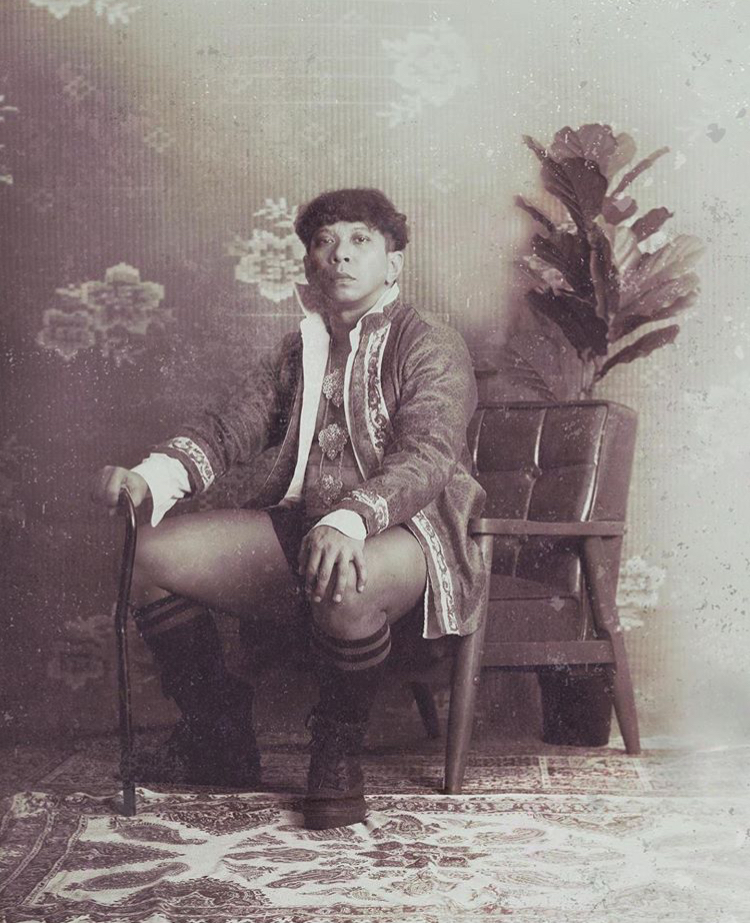 Rizman: I was drawn into the project based on the fact that this is a classic piece of work, layered with complexities with themes that are so relevant today. I watched the film as an art student before I knew the book which I find denser and double the complexities. 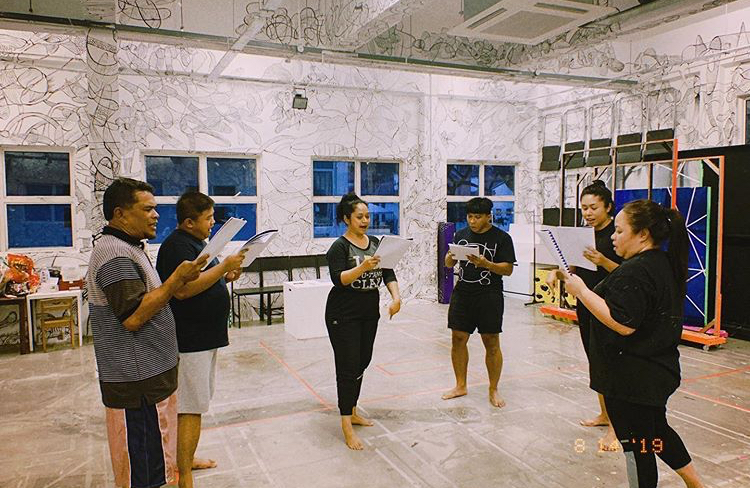 Bakchormeeboy: Tell us more about the character you play and how you’ve been prepping for the role.

Rizman: I will be playing Al, also known as Alex in the book and film. In the story, he is an antihero, protagonist and narrator. Al assaults innocent people and robs them, and he’s a sociopath.

I have been prepping my role by going through a 60-day Insanity workout, to condition my body; getting regular supplements of gingko pills and fish oil, as this play requires me to be switched on throughout. Apart from that I have been reading, researching a lot of actors playing sociopathic characters, understanding their processes and methodologies. 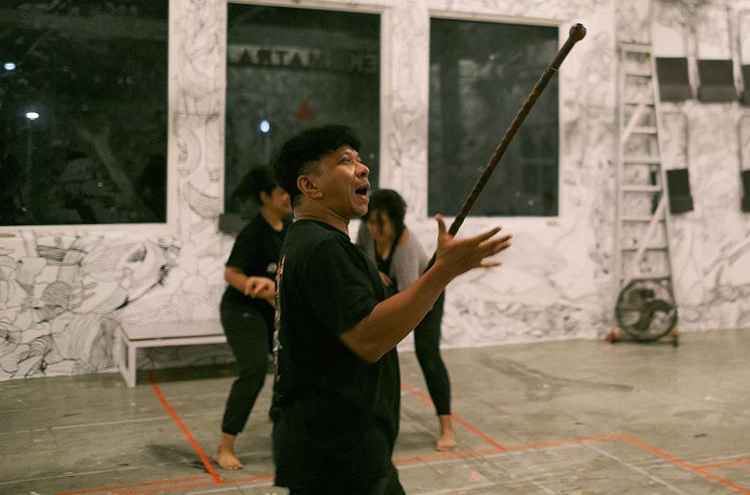 Bakchormeeboy: What are the parallels you see in A Clockwork Orange and the Malay community or society today?

Rizman: A Clockwork Orange is still relevant in the society today not necessarily the Malay community. The theme of violence, morality, the freedom of individuals to make choices, it also takes about how the state tries to protect the society by abolishing the freedom of choice and replacing it with prescribed ideology in ethical behaviour. 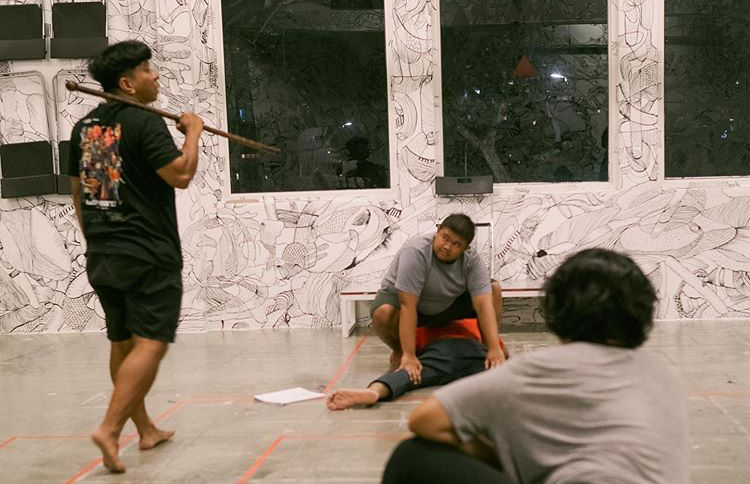 Bakchormeeboy: As one of the more vocal, expressive and experimental Malay artists in the scene today, how have you brought that manic element to your role in A Clockwork Orange?

Rizman: Like many other plays that I have been involved in, I approach it in my own way. I see acting in a play akin to a band set list, like a repertoire of songs. Each scene is like a song, and it works for me in understanding each scene better, like what the scene/character needs like the pacing, emotional state, etc.

As a visual person, I had to create by designing him visually, like the way he walks, the presence he carries, and the poses. By always moving and playing around, I began to discover the character. 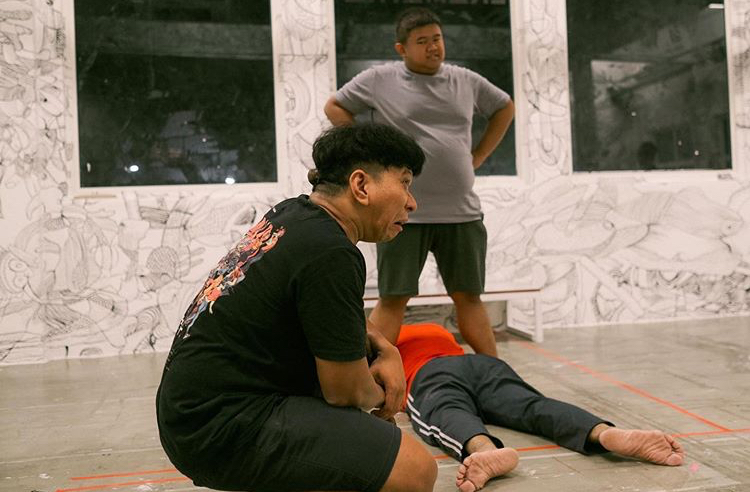 Bakchormeeboy: Why should audiences come and watch A Clockwork Orange?

Rizman: It’s going to be quite an experience, as the last time I worked with Effendy was five years ago, and it is always a challenging and unpredictable journey when it comes to collaborating with him. 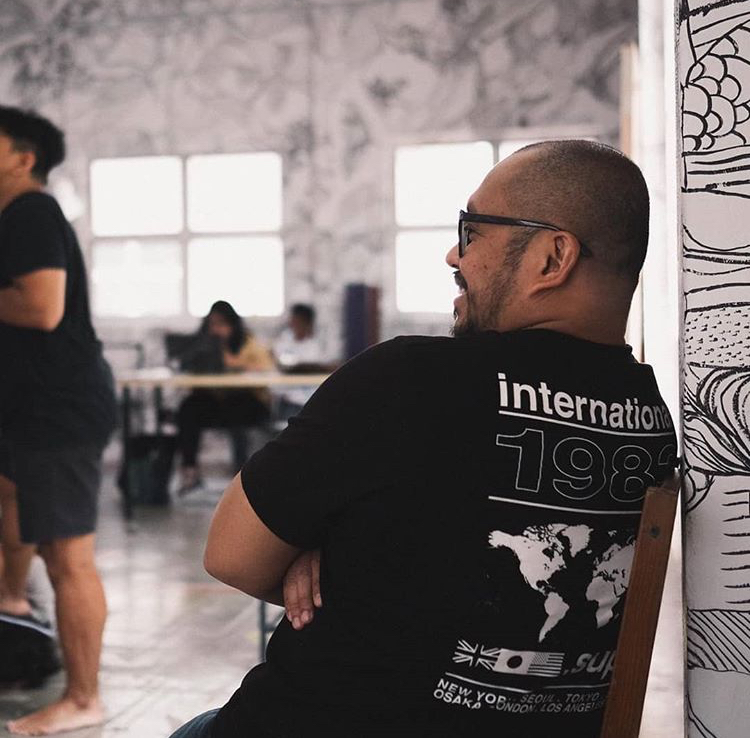 Effendy: Honestly, I wasn’t aware of this project until Fared (Teater Ekamatra’s Artistic Director) approached me about two months back to take over the role of Director from him, as he was planning to take a sabbatical. Why wouldn’t any or most directors want to take on the challenge of staging A Clockwork Orange as a theatrical event? Even so I only agreed after Fared had confirmed his decision.

Admittedly, I have yet to read the novel, as I am infamously illiterate, but Stanley Kubrick’s 1971 film masterpiece was one of the several films that has formed the very infrastructure of my personal practice, together with films like Pasolini’s Salò and the novel The Story of O by Anne Desclos. Another reason was the opportunity to work with actors whom I love to push to certain limits. This will also be my second time to work with Big’s (Zulfadli Rashid) writing. 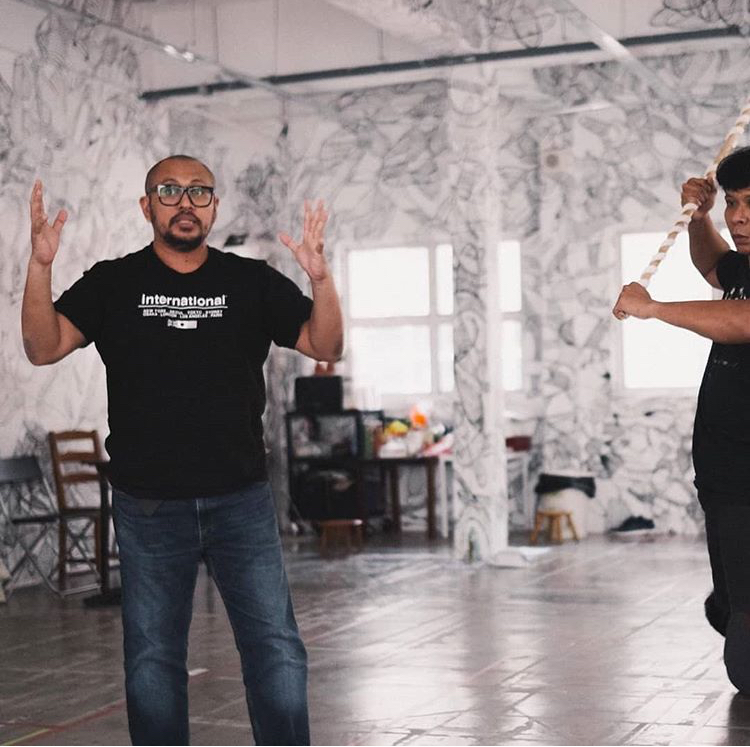 Bakchormeeboy: With the many adaptations on both stage and screen, how has this version of A Clockwork Orange differentiated itself from previous English productions, beyond the language?

Effendy: My only reference was Kubrick’s film, which now appears very tame and dated to me at least after watching it again for this production. Yet it is still an important and necessary work. There will be plenty of visual homages to Kubrick’s memorable visuals and treatments in his film, but this production seeks to own the reality of A Clockwork Orange by (re)contextualizing with a familiarity that is very unfamiliar, and the reverse.

But a question that I have been constantly arguing with myself over, and asked by several folks, is if 2019 is the right time to stage A Clockwork Orange, or better still, one in Malay? When totalitarianism seems to be worryingly “trendy” and “new normal” these days, at least from where I sit, I suppose yes, it is very timely to stage it now in any language. Question is, is it too late? I fear many don’t recognize nor understand how much it is a threat to us. 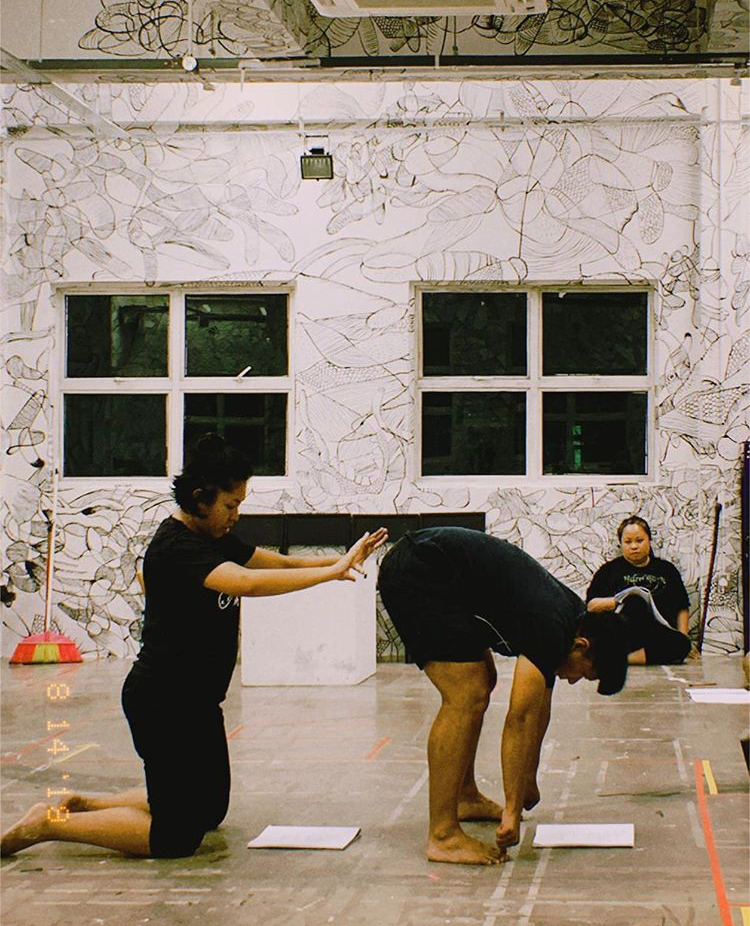 Bakchormeeboy: A Clockwork Orange is known for its audacity and ultraviolence. How did you choose to approach the portrayals of these scenes – directly, or more interpretively?

Effendy: It is sacrilegious to present the audacity and ultraviolence of A Clockwork Orange interpretively. Either it is, or don’ stage or refilm it. It is not suppose to be safe. But that is the challenge. How do I make the play dangerous to the audience yet still safe for the actors, without the pretense of traditional stagecraft? It needs to be visceral first, cerebral second or third or even never, for the audience. A Clockwork Orange is incomprehensible, and it must remain so.

Bakchormeeboy: How have you been preparing the cast for the production, in terms of the mental headspace you put them in, or the physical exertion expected of them?

Effendy: By having them slap or defile each other. They need to know how the flesh of their fellow actors feel like, that it is real, and that the pain is real. Only then will the performance be safer for them. 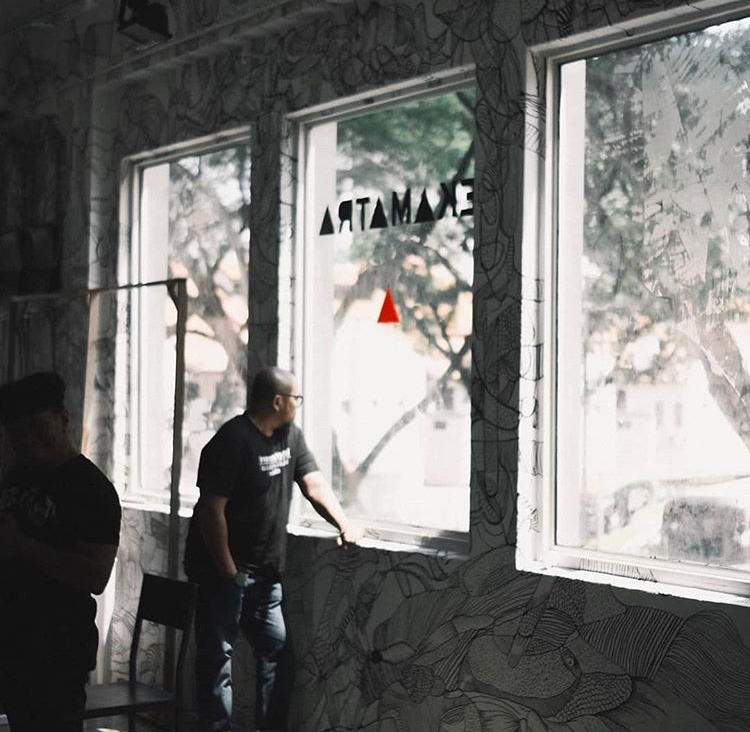 Bakchormeeboy: A Clockwork Orange exists in an amoral world where almost anything goes – how do audience members stomach the play’s reality and how alien the rules are to ours, yet still find points of sympathy and understanding?

Effendy: Humour. There has to be humour. Audiences need to be able to laugh, not as a defense mechanism that further distances them from the play, but to make them feel complicit to the events they witness on stage. Oh my, this will be a challenge indeed.

A Clockwork Orange plays from 25th to 29th September 2019 at the Esplanade Theatre Studio, in Malay with English surtitles. Tickets available from SISTIC

0 comments on “Teater Ekamatra’s A Clockwork Orange: An Interview with the Cast and Creatives”