30 years on from the launch of his signature album, and Dick Lee can still turn out an unforgettable concert.

There’s good reason why Dick Lee is known as ‘The Mad Chinaman”, sharing that title with one of his most iconic albums, released in 1989. There’s a manic, unrestrained energy that emanates from the man in every move and every word, tempered by a timeless charm he owes so much of his success to.

In celebration of The Mad Chinaman album’s 30th anniversary, Dick Lee throws a party in a way he knows best – a concert, performing tracks from the album live in Singapore for the first time. Playing at the Esplanade Concert Hall, the atmosphere was warm as we entered, knowing that every audience member here was already a fan, friend or family, and here to celebrate his music. Joined by the Braddell Heights Symphony Orchestra and Joy Chorale, the concert opened with the orchestra and chorale performing a familiar medley of Dick Lee hits, from ‘Beauty World’ to ‘Life Story’.  It was only a matter of time before Dick Lee finally made his appearance, coming onstage in an outrageous pink outfit that only served to encapsulate his ‘mad chinaman’ persona further, and setting the no holds barred, fun tone for the evening.

Right from the beginning, Dick Lee is upfront with his audience and makes it clear that he was still recovering from a bad case of laryngitis, having succumbed to it a week before the concert. But with a lot of rest, medicine and doctors advice, he recovered well enough to put on a concert he’d be proud of, and gave the audiences what they came for. With his charisma, charm and personality, he more than make up for it. Opening with title track ‘The Mad Chinaman’ and ‘I Am Baba’, it shows what kind of person Dick Lee is, as he stretched his vocal cords in each of those songs and delivered it to the best of his abilities.

Moving towards a more reflective note, Dick segued into ‘Windows’, a piano piece he specially composed for his late parents. A heartfelt rendition, the song took us on Dick’s journey as he grew up under his parents’ love and care, represented by the crescendo in this section of the piece as he felt their warmth more and more as the years went by, this same warmth emanating to all audience members as the music played on. One could imagine a montage of old photographs with Dick Lee and his family before us, displaying all the fond memories and good times he’s had over his life. With the full orchestra backing him up, each emotion was amplified, raising the piece each time the song went an octave higher. Towards the end of the song, he now lowers the key and the piece by a few octaves, with decrescendos seemingly put in to give the audience time to reflect on the people around us and the impact they’ve had on our lives. ‘Windows’ ultimately reminds us that even though his parents are gone, these thoughts and memories remain everlasting and beautiful, etched in his mind forever.

Immediately after, Dick ups the energy in the concert hall with some upbeat numbers – the jaunty ‘Wo Wo Ni Ni’, as well as ‘The Ding Dong Song’, where he was joined by local artist Denise Tan onstage, wowing the audience with her voice. Denise even has a little fangirl moment onstage, as she enthuses about being able to perform with Dick live onstage once more (after last year’s SingaPOPera). As they move into ‘Let’s Speak Mandarin’, one realised just how it was exactly the kind of song one needs for a successful speak Mandarin campaign. While it pokes fun at the topic, it also teaches us the importance of the language in an accessible and lighthearted way, proving Dick’s wit and his understanding of how to make a song work. 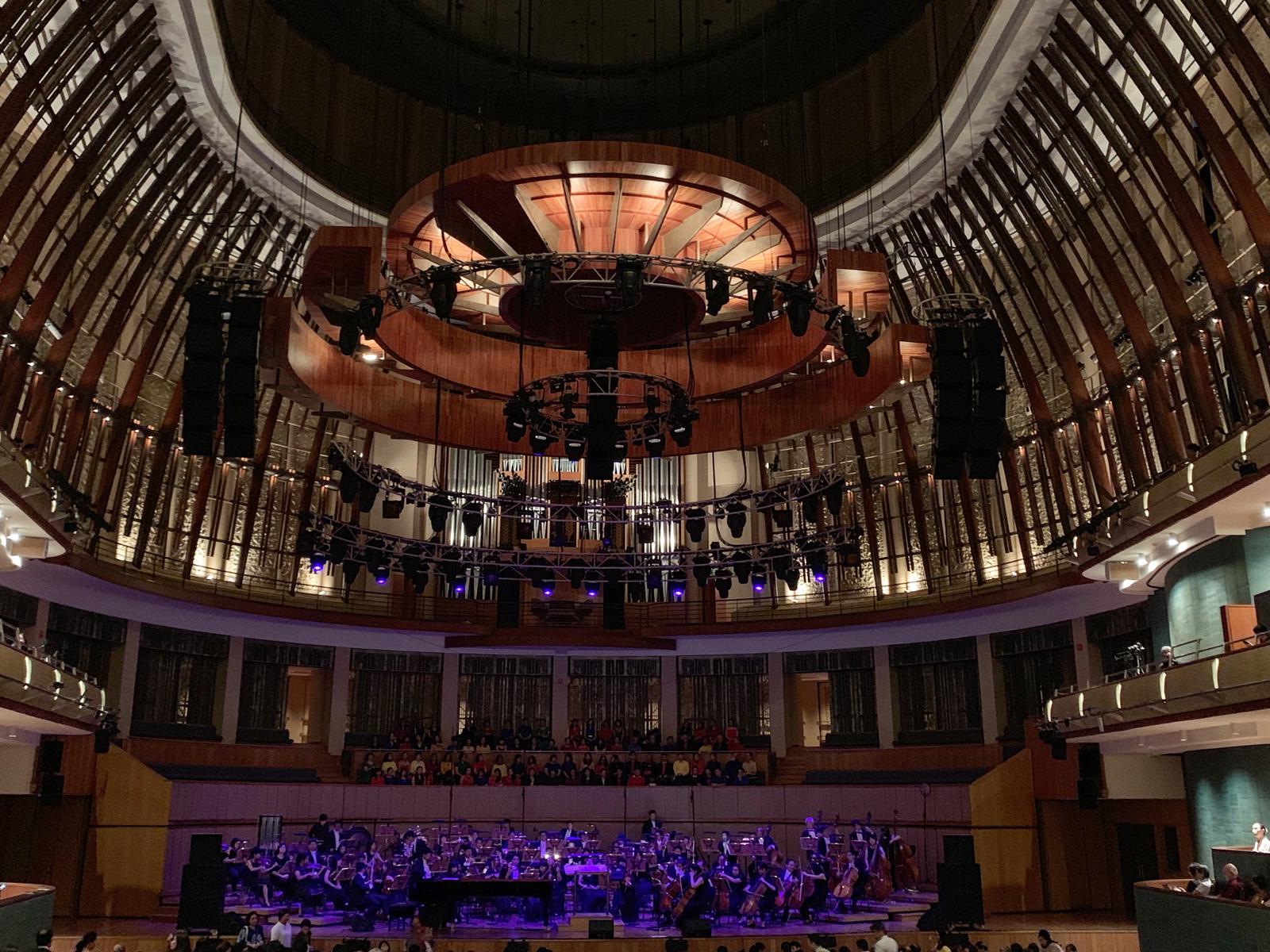 With an orchestra supporting him for this concert, the songs in the concert had to be rearranged to ensure the sound would fit the orchestra. Rearranged by resident arranger Mohd Rasull, each and every piece feels fresh and powerful in the hands of the orchestra. The specially arranged version of ‘Yehenara’ was a particularly triumphant one, with the wind and string instruments coming together to bring out the piece’s many layers. And of course, with the trumpets and trombones coming in, the majesty of the piece only further came to light.

Handing over the stage to the Braddell Heights Symphony Orchestra and the Joy Chorale to let them show the audience what they were made of, they performed a medley of songs that were so ‘Singaporean’, yet not written by Singaporeans, from ‘Singapura, Oh Singapura’ to ‘Bengawan Solo’. Dick Lee returns, and is now joined by longtime friend and collaborator Jacintha Abisheganaden, who launched into ‘Mustapha’. A high tempo song, Mustapha was also backed up by guest tabla player Nawaz Mirajkar who helped bring out the ethnic beats of the song, and it was up to the singers to bring out its inherent sense of fun. With their strong onstage chemistry, it’s wonderful to see both Dick and Jacintha maintain that same warm relationship and close friendship after all these years, maintaining the fun and joy of making music together.

Playing ‘Nagaland’, from Dick’s operetta of the same name, feels long overdue, and as a song with a backstory known to few Singaporeans, it was time for Dick to share its tale. At that time, Madonna had already graced Japan with her presence, and Dick was due to perform the year after, certainly a tough act to follow. But when he performed it in Japan as part of a Mitsubishi Electric event, the response was overwhelmingly positive, and ‘Nagaland’ ended up becoming the most important song that got his name into Japan and launched his career there. The impact he’s had on Japan was evident from a loyal group of fans who’ve been following his career trajectory ever since, and on that night, had even specially flown in to Singapore and sat in the front row, just to see their idol perform live. 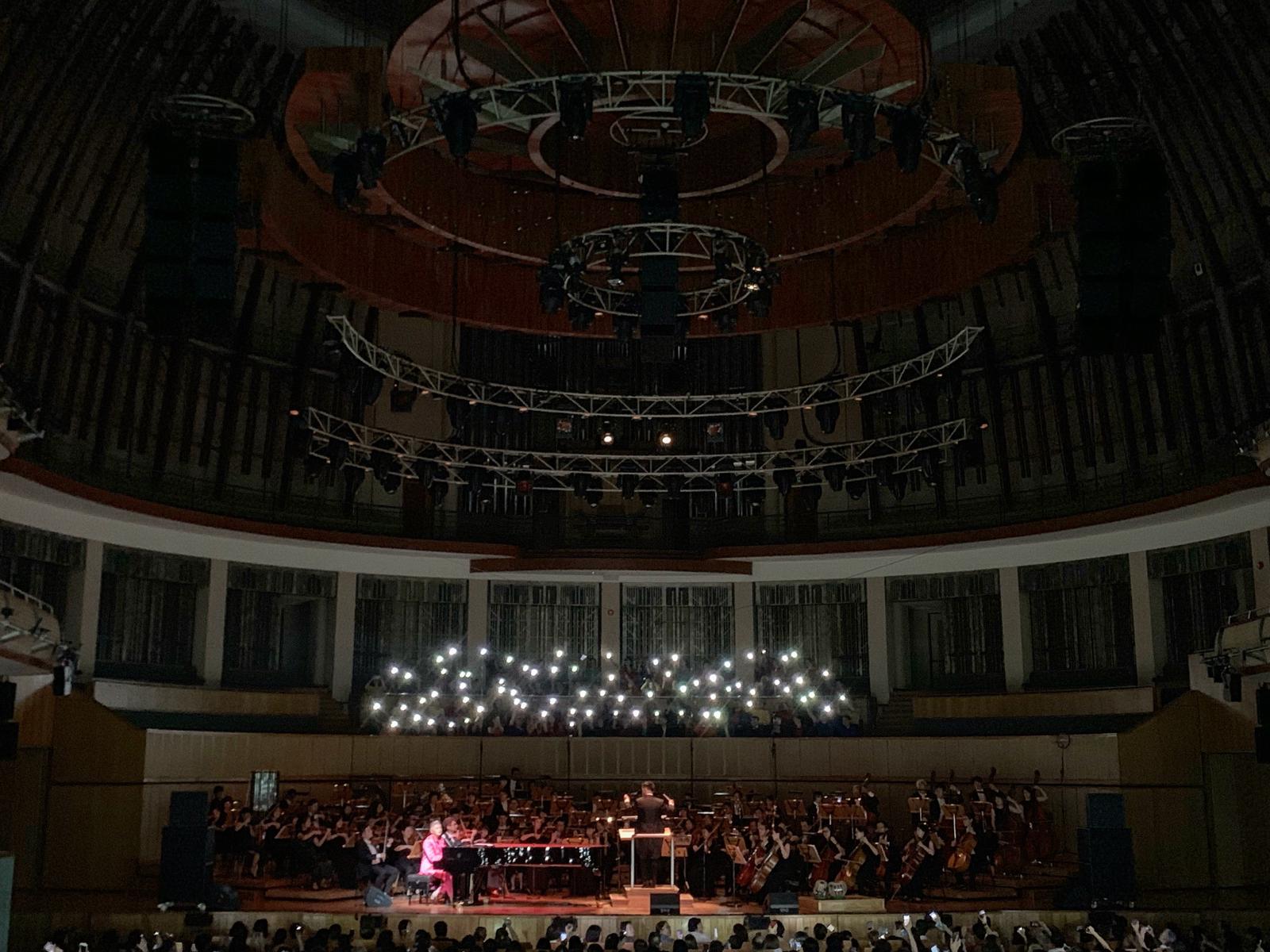 Dick then obviously had to give audience what we all came for – his greatest hits. Following up with one of his best known numbers, from a musical that’s now been adapted into a web series, really shows how far he’s come from his humble beginnings. That song was none other than ‘Fried Rice Paradise’, where he was joined onstage by both Denise and Jacintha once again as his ‘chao fan’ (fried rice) girls to add some spice to the rice. really touching, he did the song so long ago, but he still loves this song both hearing and performing it. For me as an audience member, there was only pure joy as we saw just how much Dick still enjoyed performing this song.

Dick takes a moment at this point to give thanks to all those who’ve made his career possible, from friends to family to collaborators, truly appreciating all those around him. It’s a genuine sentiment, judging from the expression on his face, and with that, the night is almost complete, before he has a little fun again and sings ‘Rasa Sayang’ – his own funky, controversial twist on the traditional song that even got banned when he released it back in the 80s.

Ending on a strong and poignant note with ‘Life Story’, as I sat there in the concert hall listening to him croon the lyrics: ‘when it’s time and I must close/I’ll write a book and sign it X/and send it to some true romance type magazine somewhere/then the world will read of me and say there lived a hero’, I realised this truly was not just Dick’s life story, but every Singaporean’s. As he sang, one could feel a sudden warmth in the concert hall as the audience connected with him completely. Incorporating his magnum opus ‘Home’ into this finale, one could even say that it felt like we were all finally home at this concert. 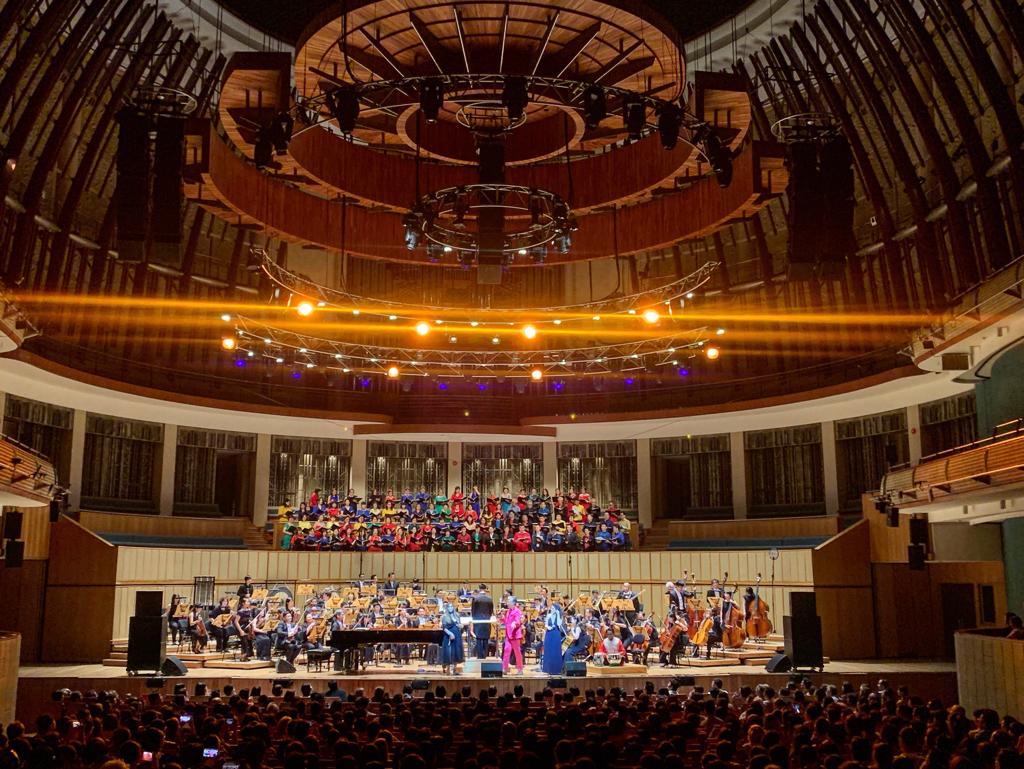 Over The Mad Chinaman 30th Anniversary Concert, Dick has shared his life story with us through music, giving us a glimpse into his crazy, beautiful life and all it encompasses, with each and every song given greater significance through their backstories and certainly, leading to us appreciating the album a lot more. It’s a Dick Lee production through and through, and bidding us goodnight, he thanks us with love and appreciation for coming out to see him this evening as he leaves the stage at last, a beloved mad chinaman to the end and beyond.