Laughter Is: The Try Guys Legends of the Internet Tour 2019 (Review) 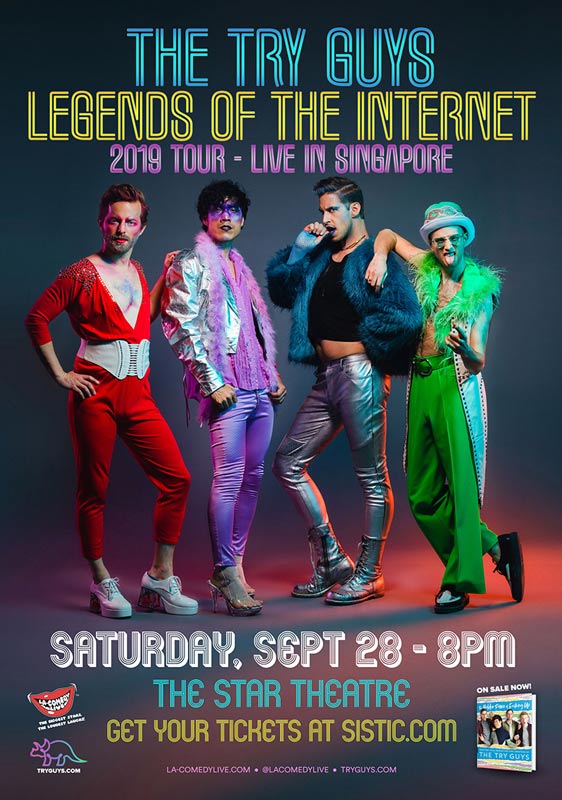 Giving the fans exactly what they want at their tour’s only Southeast Asian stop.

There’s something altogether fascinating that each time entertainers who’ve made it big via a medium such as music, podcasts or video, they’re compelled to translate that to the most universal and timeless medium of all – live entertainment. For as much as one can accumulate billions of views on one’s YouTube channel or as much as you smash the replay button on Spotify, nothing quite compares to seeing one’s idols in reality instead of behind a screen, the possibility of meeting them and experiencing them in the flesh something nothing else can truly replicate. 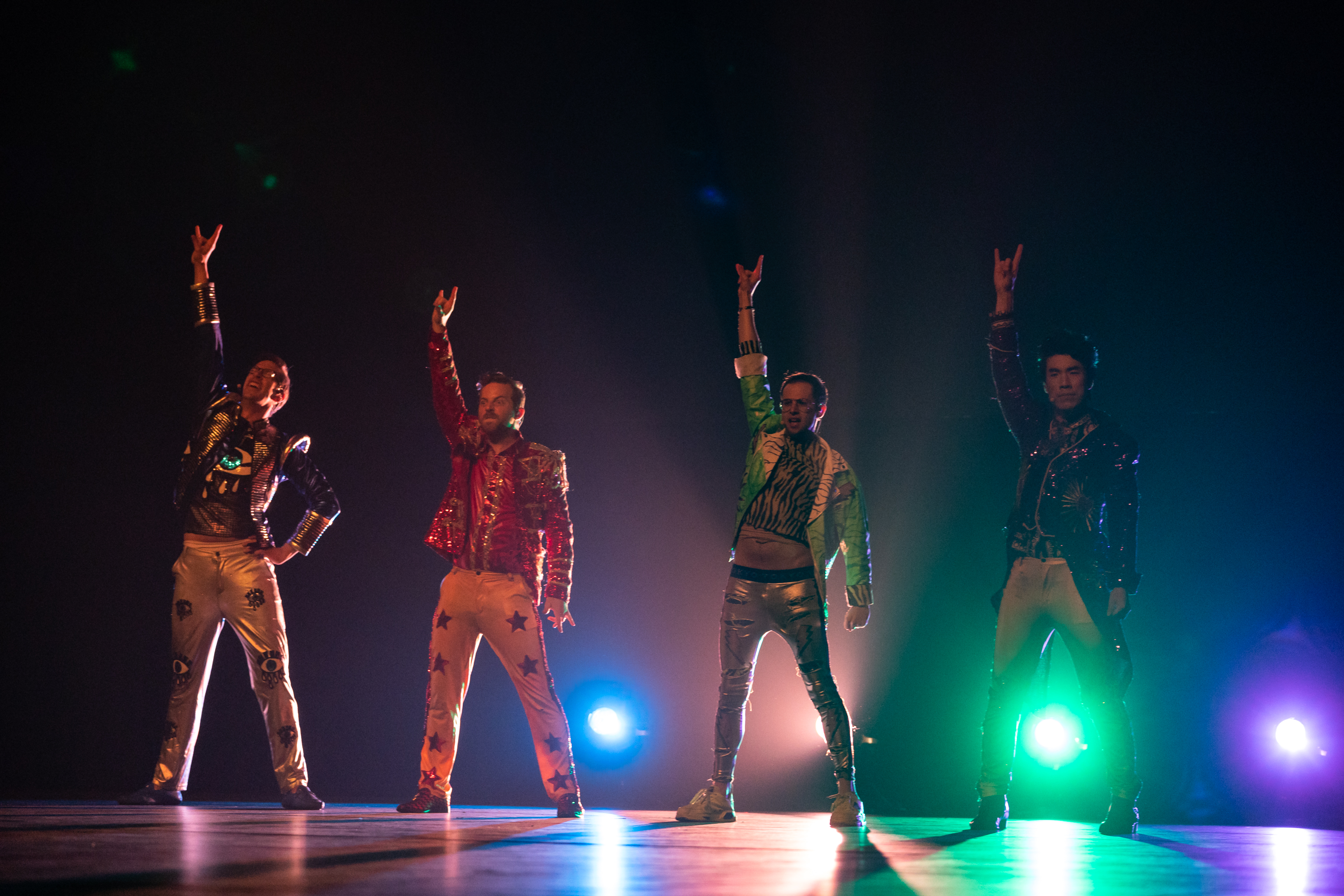 Internet sensations The Try Guys are no different, and over the last five years, Keith Habersberger, Ned Fulmer, Zach Kornfeld, and Eugene Lee Yang have become some of the most famous YouTubers to arrive on the scene, amassing countless views and fans in their time at BuzzFeed before going independent in 2018, and still maintaining that rabid fanbase. As their name suggests, the quartet are best known for trying unconventional activities, from CrossFit, to bartending, to drag, all as a means to better understand the people around them. Each of them armed with their own addictive personality and onscreen chemistry with each other, yet always maintaining their everyman status, it’s no wonder they constantly feel relatable to the average viewer. Each video is hilarious, yet completely honest in their reactions and experiences, and makes them feel like people we’d love to befriend in real life. 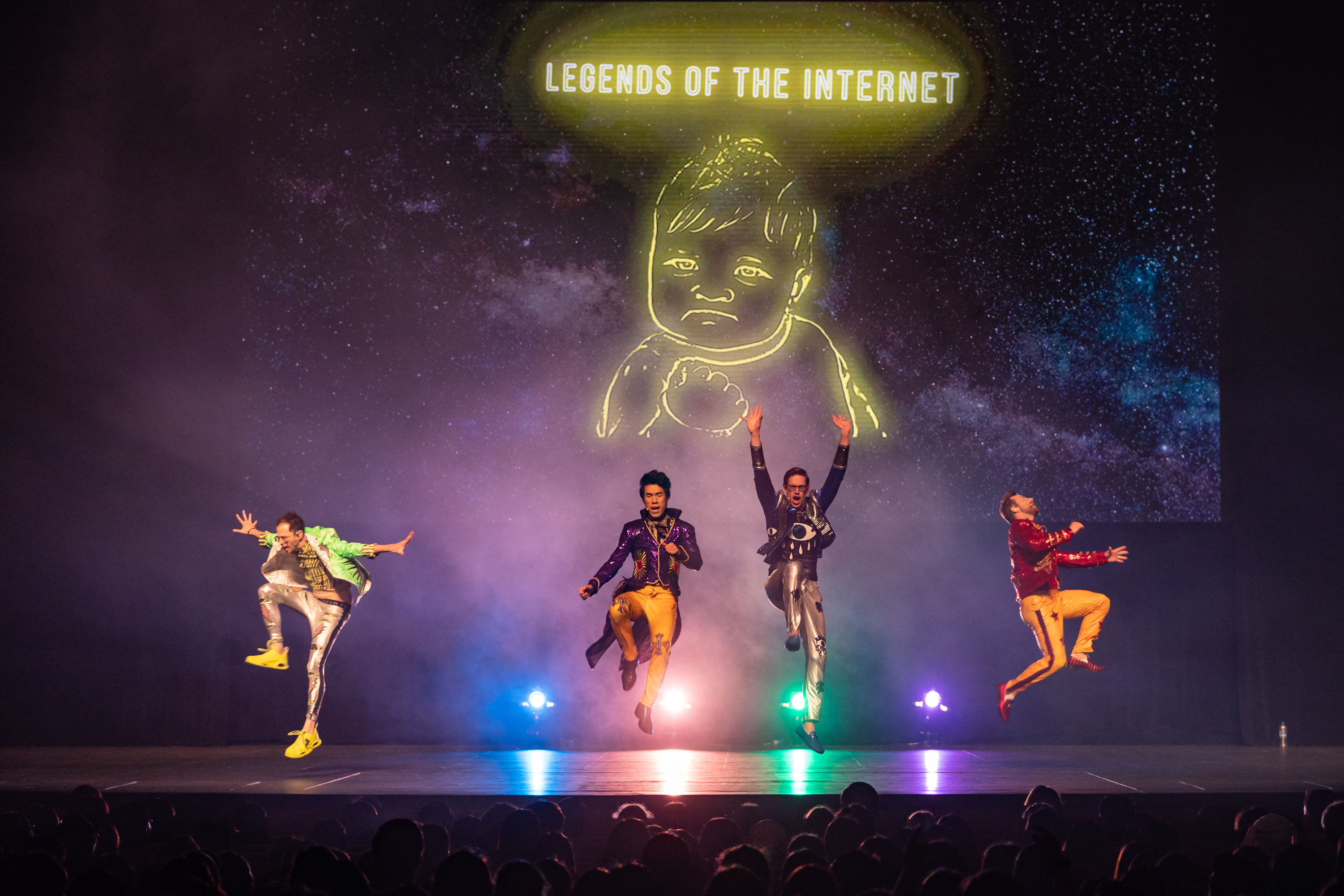 With that in mind, it was with great fanfare that the Try Guys landed in Singapore last week for their live show, the only Southeast Asian stop of their tour. Titled ‘Legends of The Internet’, the thousand audience member-strong crowd at the Star Theatre were primarily in their teens to early twenties, millennials and products of the Internet ready to take in all the Try Guys had to offer. The big question of course is how exactly a show about trying things would translate to the stage.

Not entirely sure what to expect from the performance, the anticipation exploded into full on cheers as the foursome made their appearance, each dressed in dazzling, vivid suits as they performed a high energy opening number. Backed up by a (naturally) well-produced video, the Try Guys pay tribute to the inventors of the internet, the celebrities and memes that have spawned from it, and of course, its own role in catapulting them to fame. Each Try Guy took it upon themselves to represent one aspect of the Internet – Keith as the Legend of Food, Ned as the Legend of Love, Zach as the Legend of Fun, and Eugene as the Legend of Gay. 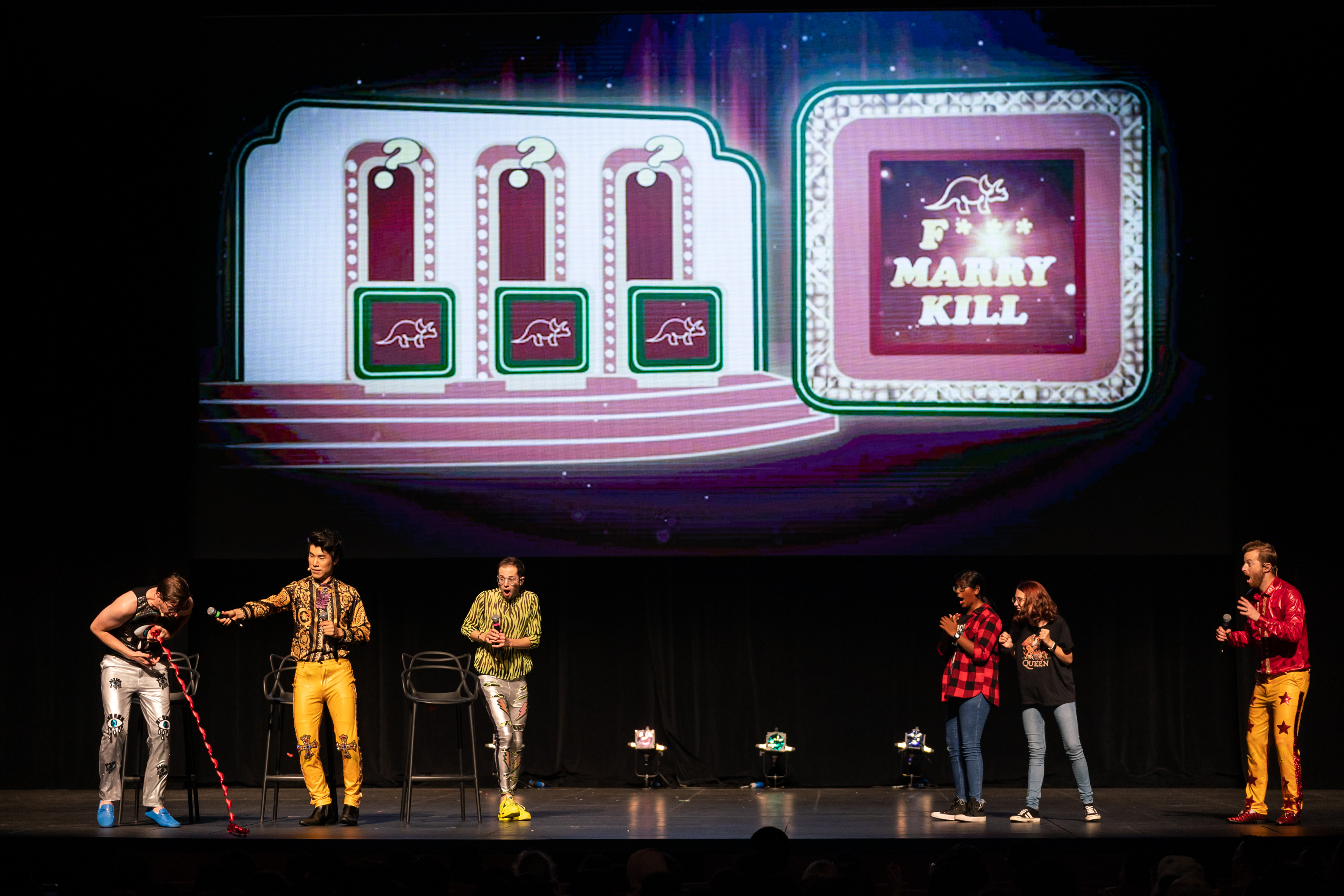 From there, ‘Legends of the Internet’ becomes a variety show of a sorts, delivering a string of acts from The Try Guys as they keep the audience entertained and riveted with one interactive game after another. The Try Guys make it abundantly clear that for one night, the rules are lifted, and anyone and everyone is welcome to take as many photos and videos as they liked during the show. 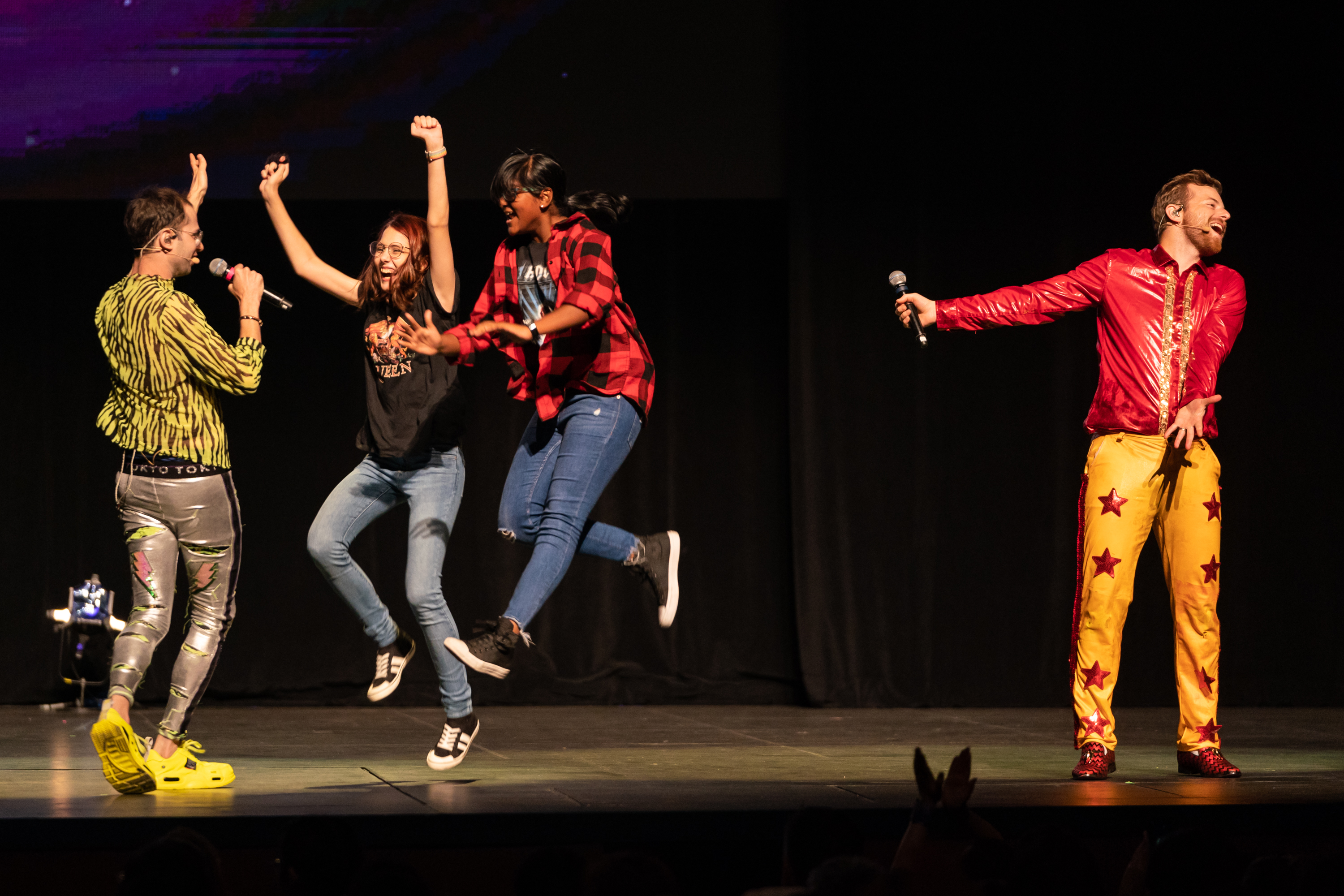 Audience members got a chance to get up onstage and playing a game of ‘F*ck, Marry, Kill’ with the guys; dads (with their very young kids in tow) vied to be the coolest dad as they battled it out with familiar internet dance moves from flossing to dabbing in ‘Dabs 4 Dadz’; while a mass, theatre-wide sing-along (led by Zach) to Miley Cyrus’ ‘The Best of Both Worlds’ saw most audience members take the golden opportunity to join their idols onstage and party it up together. Perhaps the best of these is a segment where Keith literally hurls fried chicken into the audience, creating a kind of delirious chaos as hands are outstretched to grab flying tenders, before indulging in them as one. 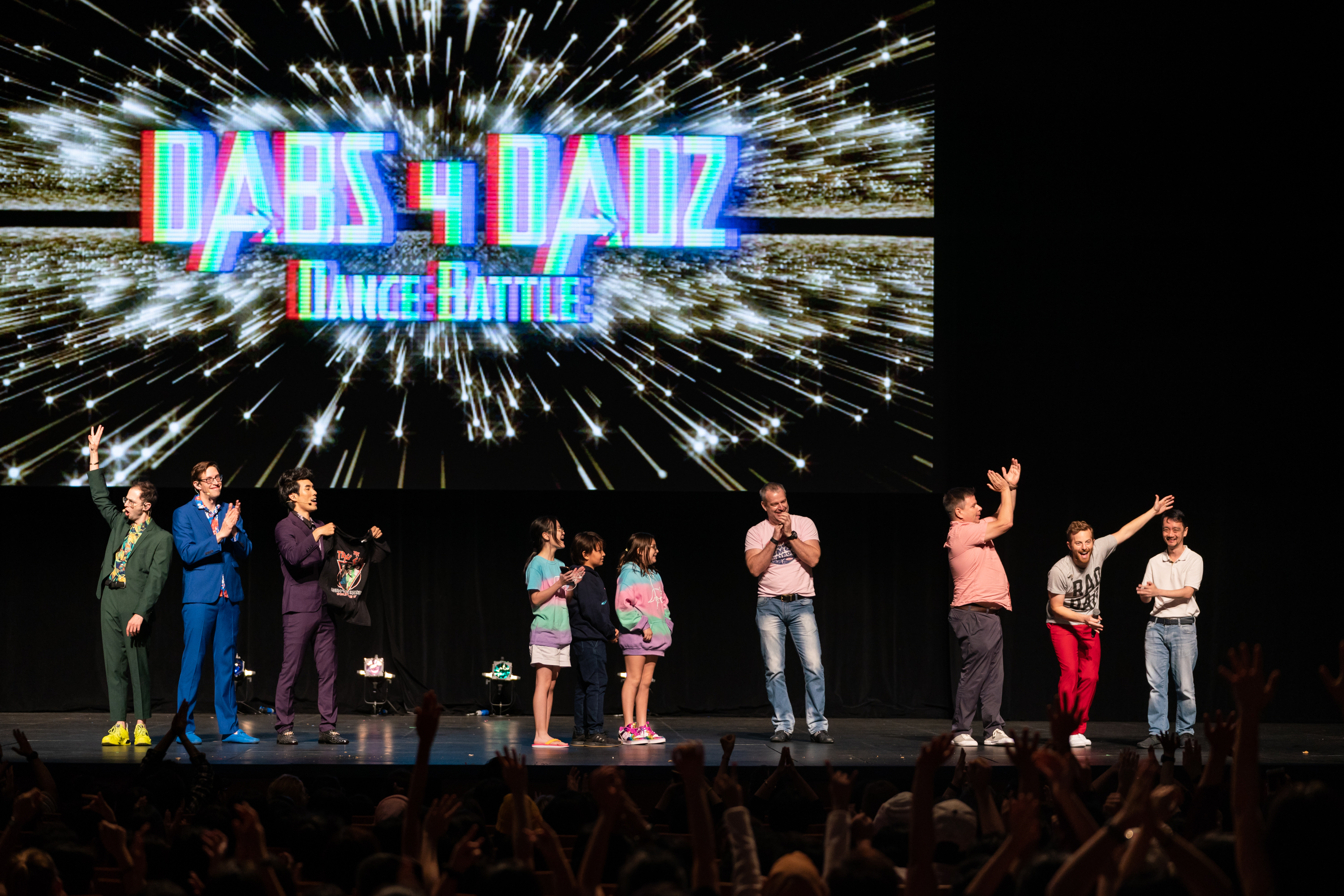 But even beyond playing good hosts to the audience interactions, ‘Legends of the Internet’ offers up some good material from the guys themselves. Each member is given time for a ‘solo’ act, taking time to share a little bit more about their lives and how it is that each of them chose their respective theme. Keith, well-known for his videos where he eats literally anything and everything, delves into a lengthy (but hilarious) story about attempting to get pizza with actor Tim Meadows, a modern tragedy of epic proportions. While the result is ultimately futile, it at least blessed us with an entire over-the-top number parodying the incident (‘Hey Bitch, Let Me Buy You Pizza’), performed live as the other guys back him up in ridiculous costumes dashing across the stage. 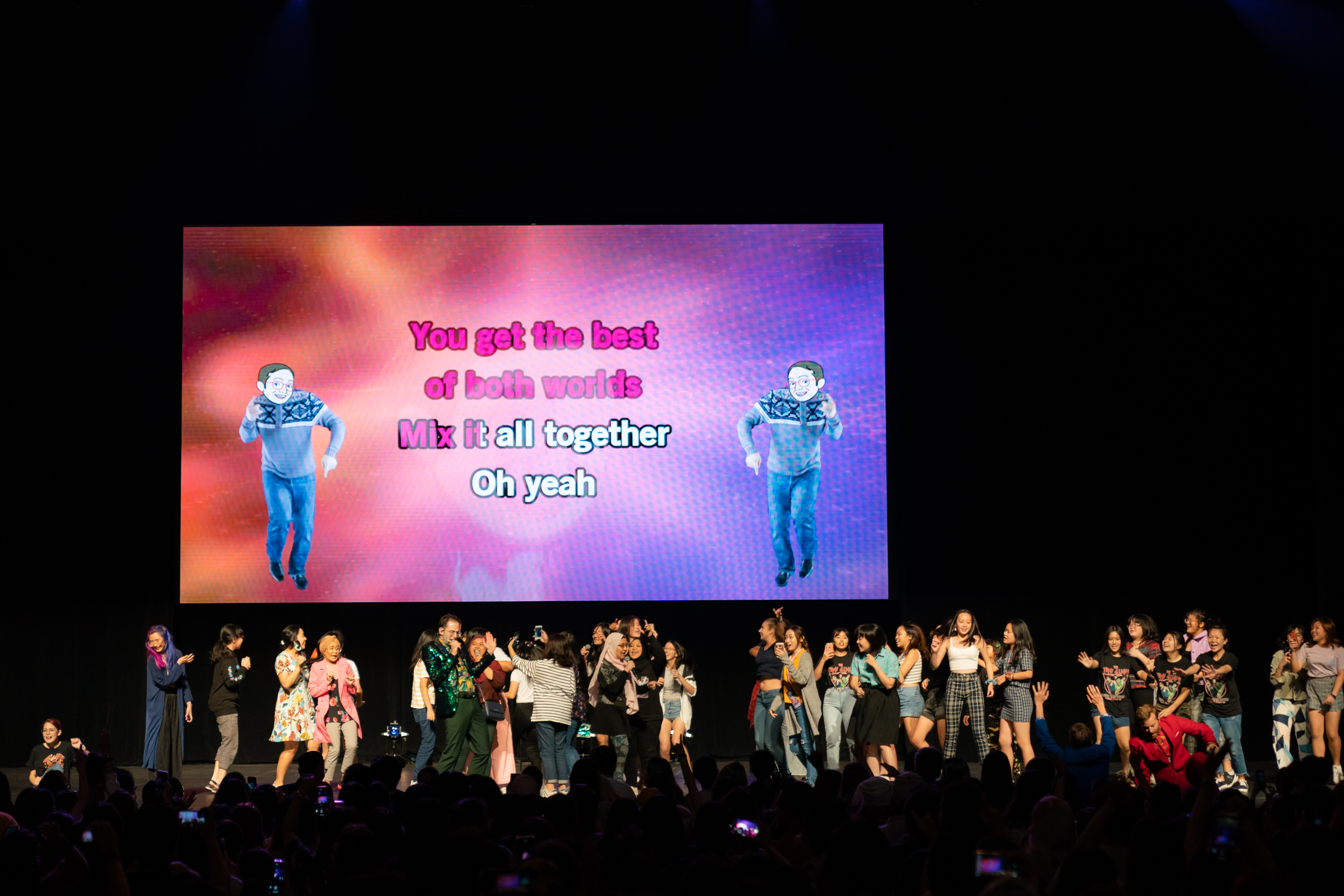 Ned and Zach, respectively the legends of Love and Fun, each share deeply personal stories about their own lives, with Ned talking frankly about the miracle of having met his wife and birth of his son (in song), and Zach turning the theme of fun on its head by talking about his autoimmune disease. Despite the pain, it’s only through fun that Zach can get through each day, and so dedicates himself entirely to it, ending off his number with a dramatised, improvised fan fiction of the Try Guys, by the Try Guys. 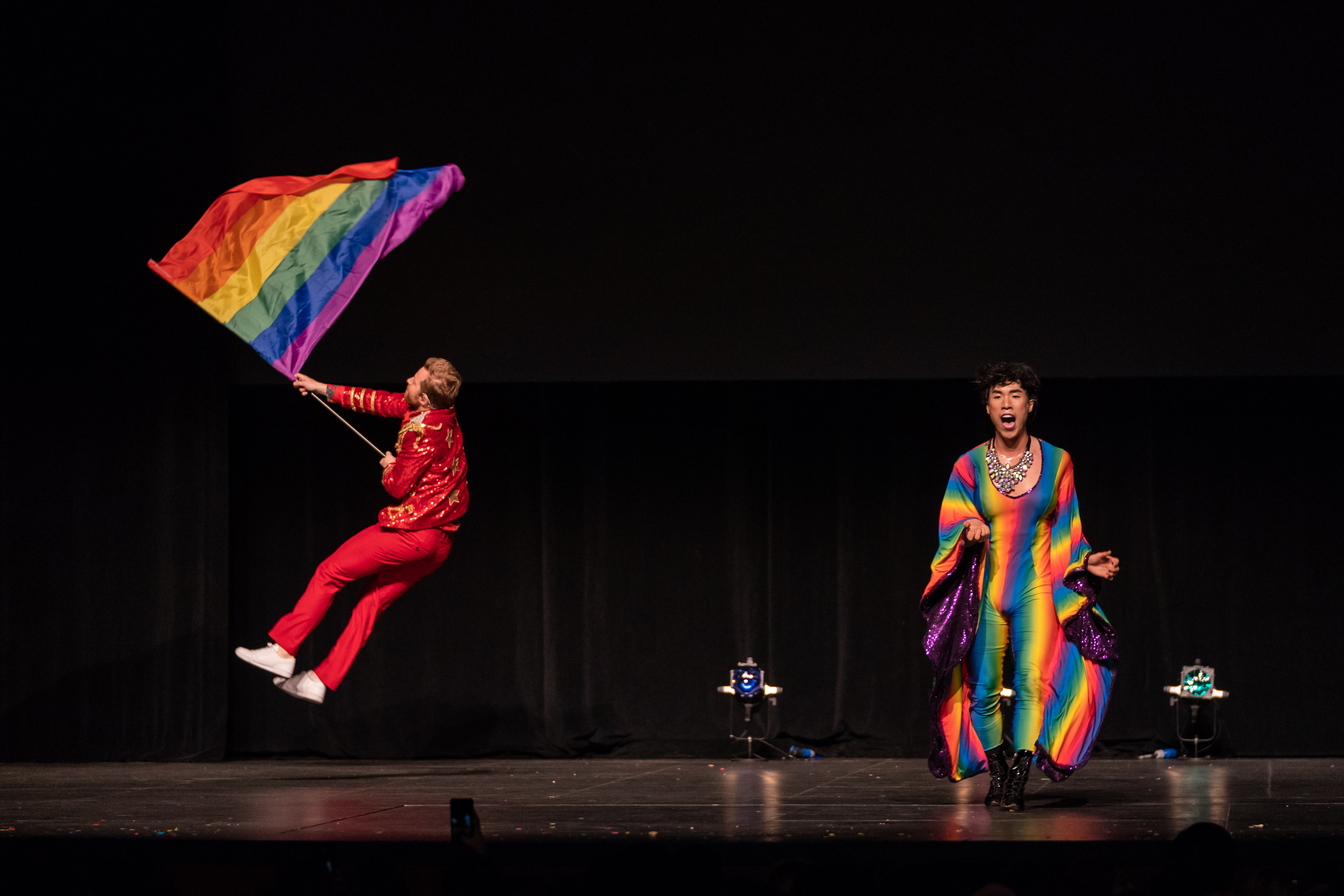 The Try Guys however, know that their most lethal member is none other than Eugene Lee Yang, who recently came out as gay in a sleek music video released in June. By far the most popular Try Guy for his good looks and sheer talent alone, for his set, Eugene prepared a 10 minute sequence paying tribute to the gay icons of yore across time. There is an electric anticipation that crackles in the air as he recounts his own experience of feeling like an outcast growing up, then reappropriating it to become the proud gay man he is today. The audience is riveted and ready for their hero to show them how it’s done. 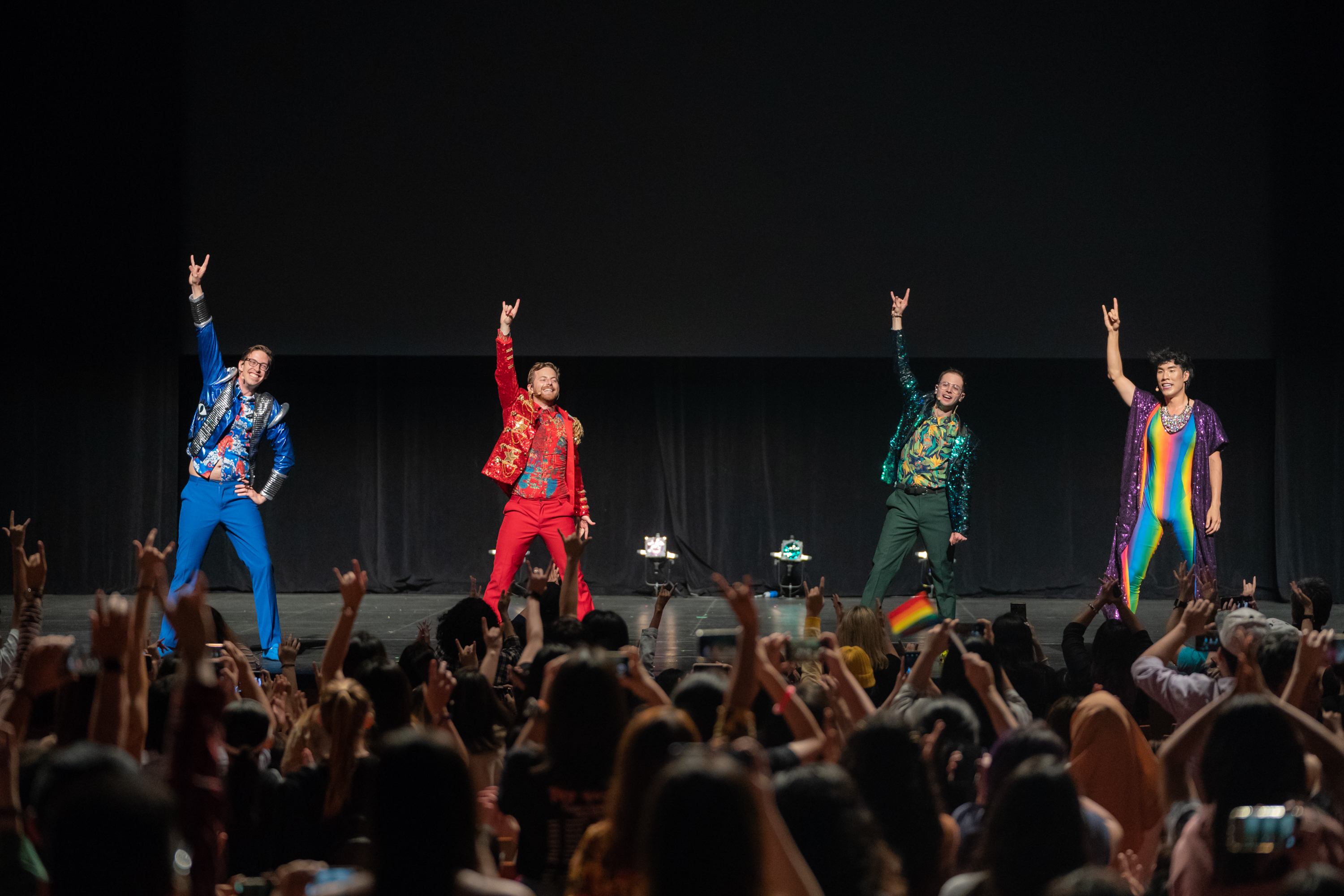 But it is at this point that the technical system chooses to fail him, the video unable to load, and for a moment, Eugene is left hanging, the huge stage threatening to swallow him up with its darkness. But like any good performer, he improvises the hell out of it and carries on anyway, lipsyncing for his life as we hear the voices of icons across history and some of the biggest anthems over the years. Strutting across the stage, completely in his element, he quite literally becomes a walking pride flag, ending with a well-timed death drop to end the number, and the crowd goes wild.

The technical difficulties that carry on into the final act put a slight dampener on what one imagines would otherwise have made for a truly spectacular finale, given how the multimedia from earlier enhanced each performance. But nevertheless, the Try Guys do what they do best – press on and try their best anyway, and end up singing the closing number acapella. Watching the four of them fearlessly onstage, dancing, singing and simply having fun, one cannot help but see exactly why they’re the kinds of idols we need in this day and age. It’s the kind of pure, unbridled fun and wide-eyed wonder we crave so much for in a world so often filled with doom, gloom and pessimism, and with ‘Legends of the Internet’, the Try Guys prove that the Internet, beyond being a source of food, love, fun and gay, is above all, a source of hope.

The Try Guys Legends of the Internet Tour 2019 played on 28th September 2019 at the Star Performing Arts Centre.