LONDON – It’s hard to deny that immersive experience fever has taken over London. Each year, more and more new companies have emerged in an attempt to break into that market, each trying to differentiate themselves from the last with better ideas, and a longer lasting impression that stays with audience members long after leaving the space. 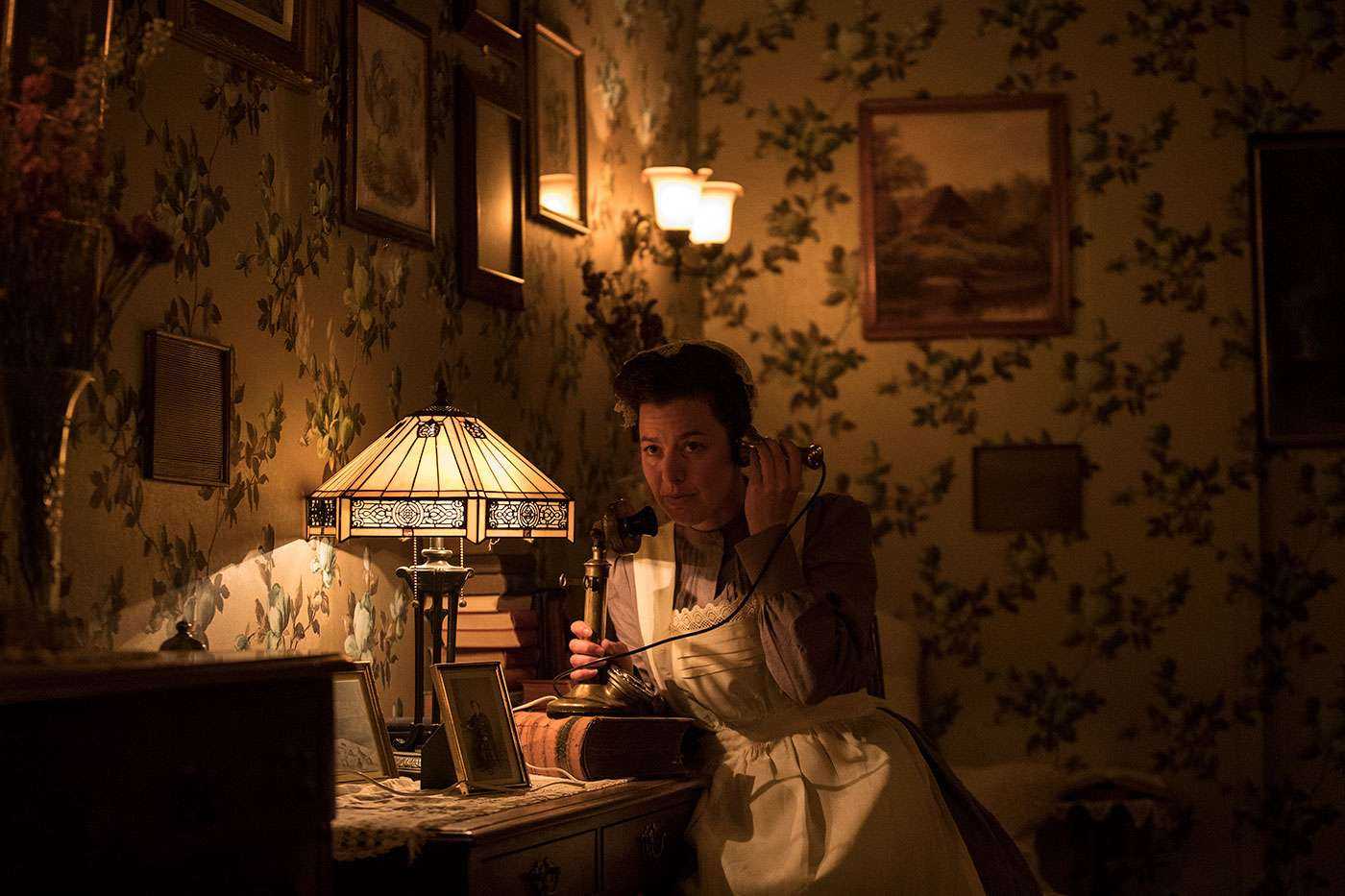 With dotdotdot, whose previous show, SOMNAI, left audiences impressed by the attention to detail and design elements, the relatively new company has cemented their mark on the scene with their immersive adaptation of Jeff Wayne’s musical version of War of the Worlds, based off HG Wells’ sci-fi novel of the same name.

Taking place over 22,000 square feet of space on Leadenhall Street, Jeff Wayne’s Musical Version of War of the Worlds – The Immersive Experience feels like something out of a well-constructed theme park experience from the moment one steps into the bar and registration area. It’s a decidedly steampunk experience, and great lengths have been taken to make the lobby area feel like a sci-fi wonderland, practically begging for something out of the ordinary to happen. Outfitted with quirky furniture, holographic pictures and steampunk paraphernalia (even in the bathrooms, and themed cocktails), there’s complete dedication to putting audiences in the right mindset for the experience before it even begins. 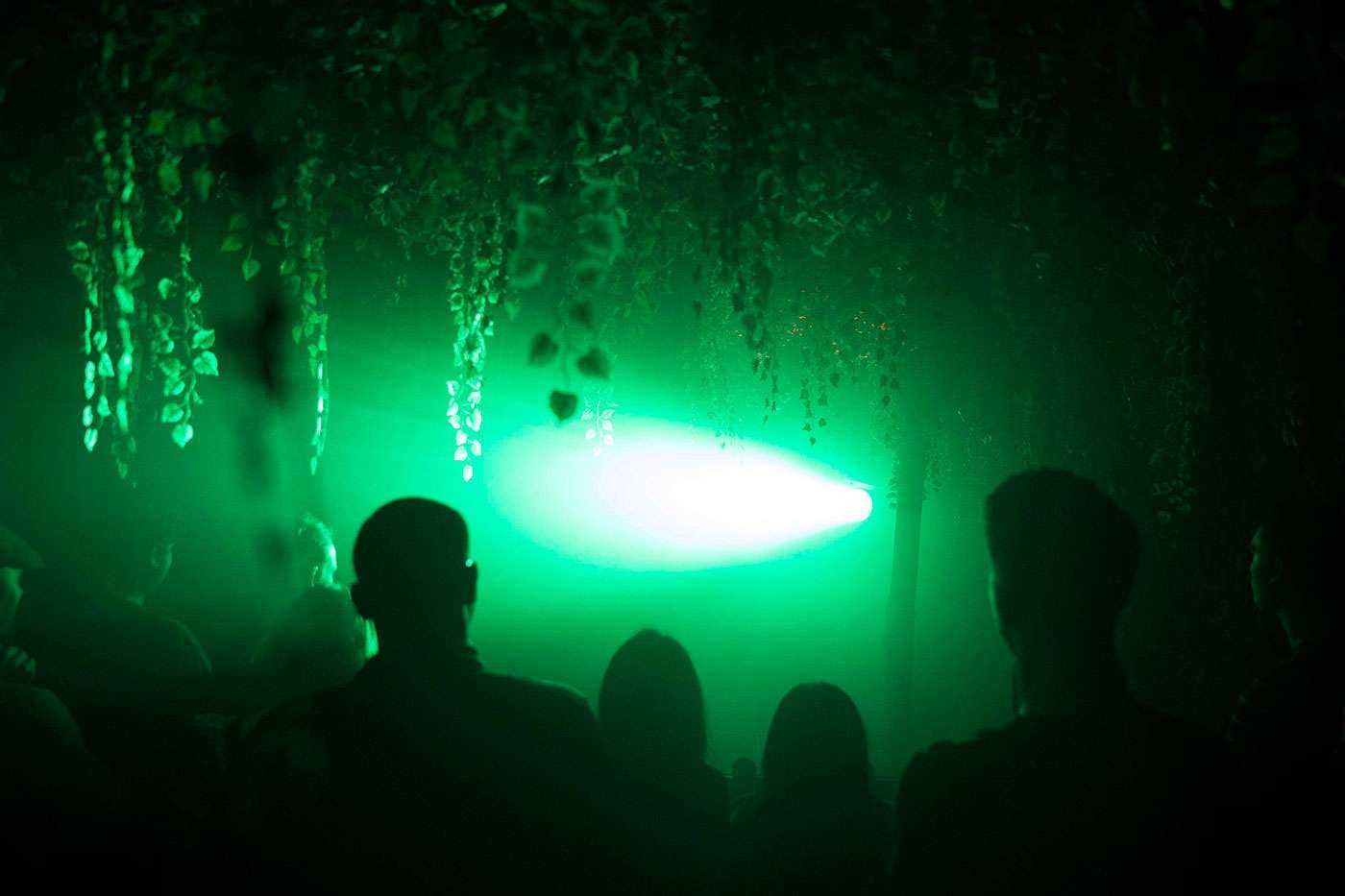 Throughout the experience, War of the Worlds never pulls any punches, making it clear from start to end that it has just one mission: to wow the heck out of its audience in each and every room. No expense is spared in pulling out all the stops to make audience members feel as if their lives are in danger as we run from the Martian invaders – pyrotechnics, full blackouts, and even an abduction incite genuine fear in various rooms, each of which have been fully transformed into entire realistic environments. 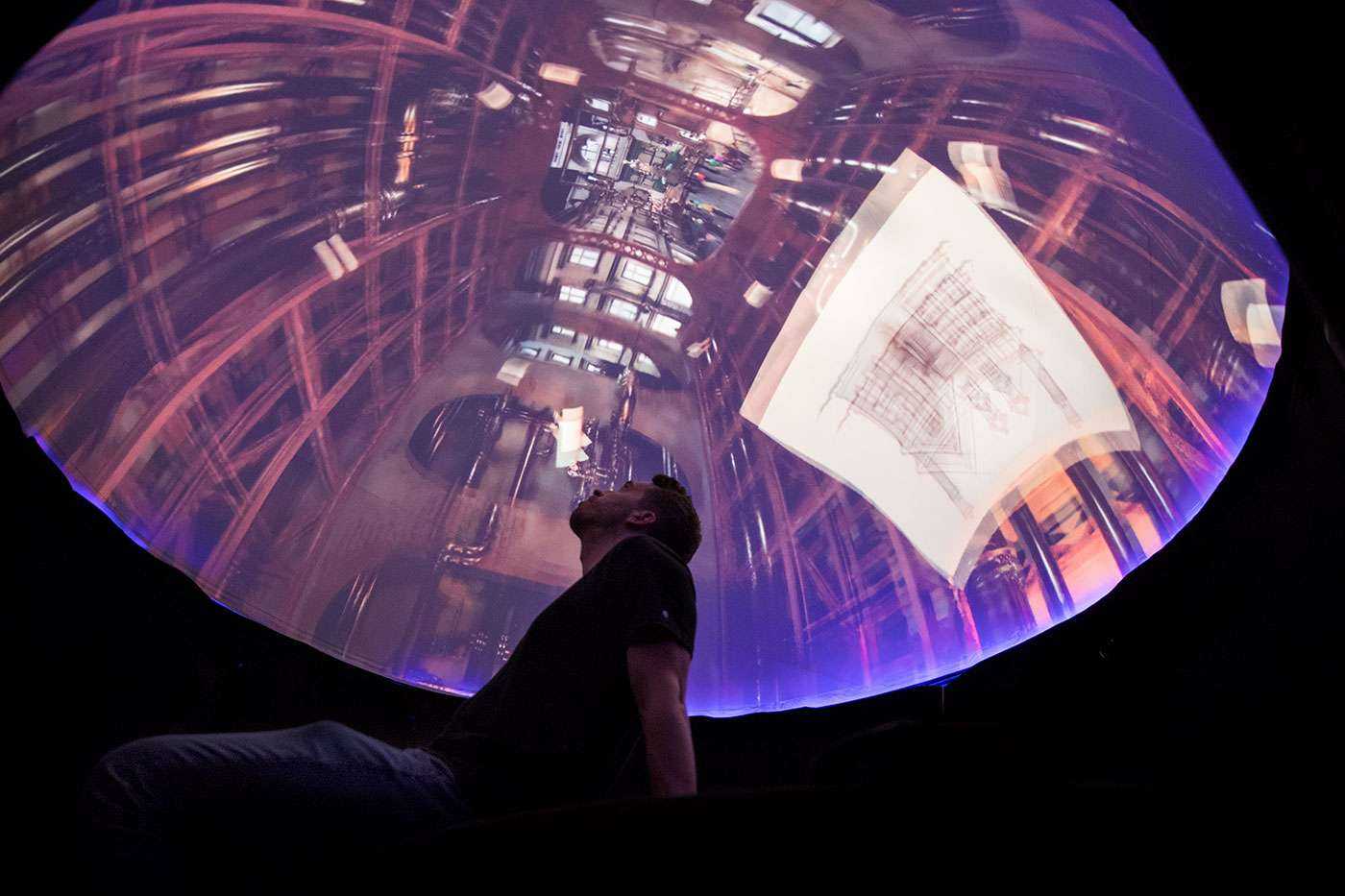 While one might never feel emotionally drawn into the story of War of the Worlds, the experience is undeniably, unabashedly one whose aim is to provoke a physical, sensory response at every turn. Each room or ‘scene’ feels like an event, whether we’re crawling through the windows of a house or riding a boat on choppy seas (complete with splashes of water), and absolutely fulfills its claim as being an ‘immersive’ experience. Jeff Waynes’ loud orchestral score is big, bold and brassy, and despite feeling as if they shouldn’t belong, there’s just something about the way every scene feels set-up precisely for a musical interlude – cinematic, showy, and providing the perfect opportunity for each song to insert itself. 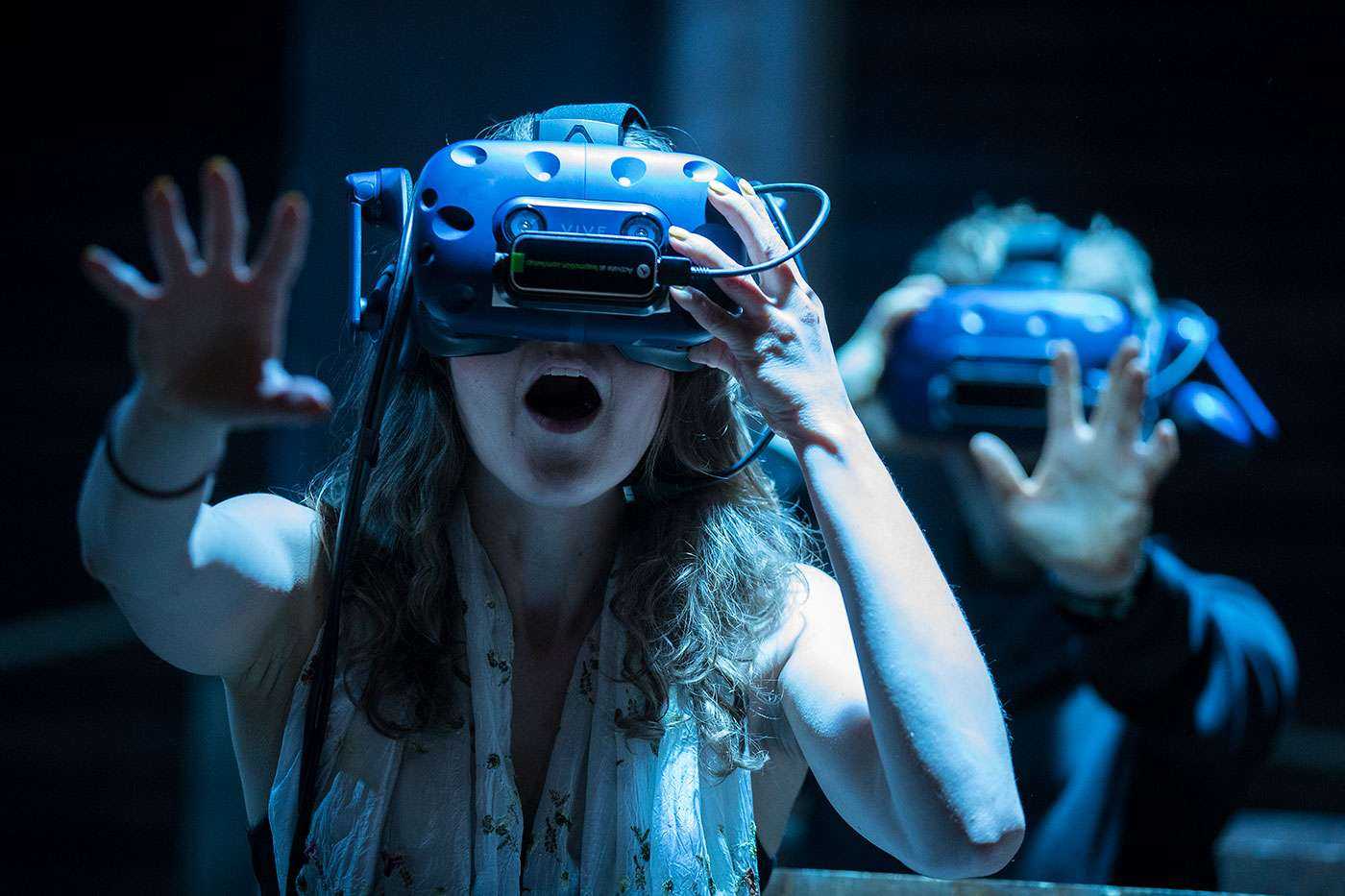 One of the most difficult pieces of technology to integrate into theatre is VR, particularly due to requiring audiences to put on clunky devices that may deviate from the immersion. But dotdotdot has effectively written the backpack/goggle devices into the storyline such that when they’re introduced midway through the experience, slipping them on feels natural as we enter the bizarro digital playground. It’s by no means a perfect experience, with glitches often leading to plenty of unintentionally hilarious moments, but it’s absolutely impressive that the more difficult to elements to craft in real life have been cleverly repurposed into virtual form, teleporting audiences directly to new locations and the novel idea of exploring them (in our digital bodies) at our own leisure. 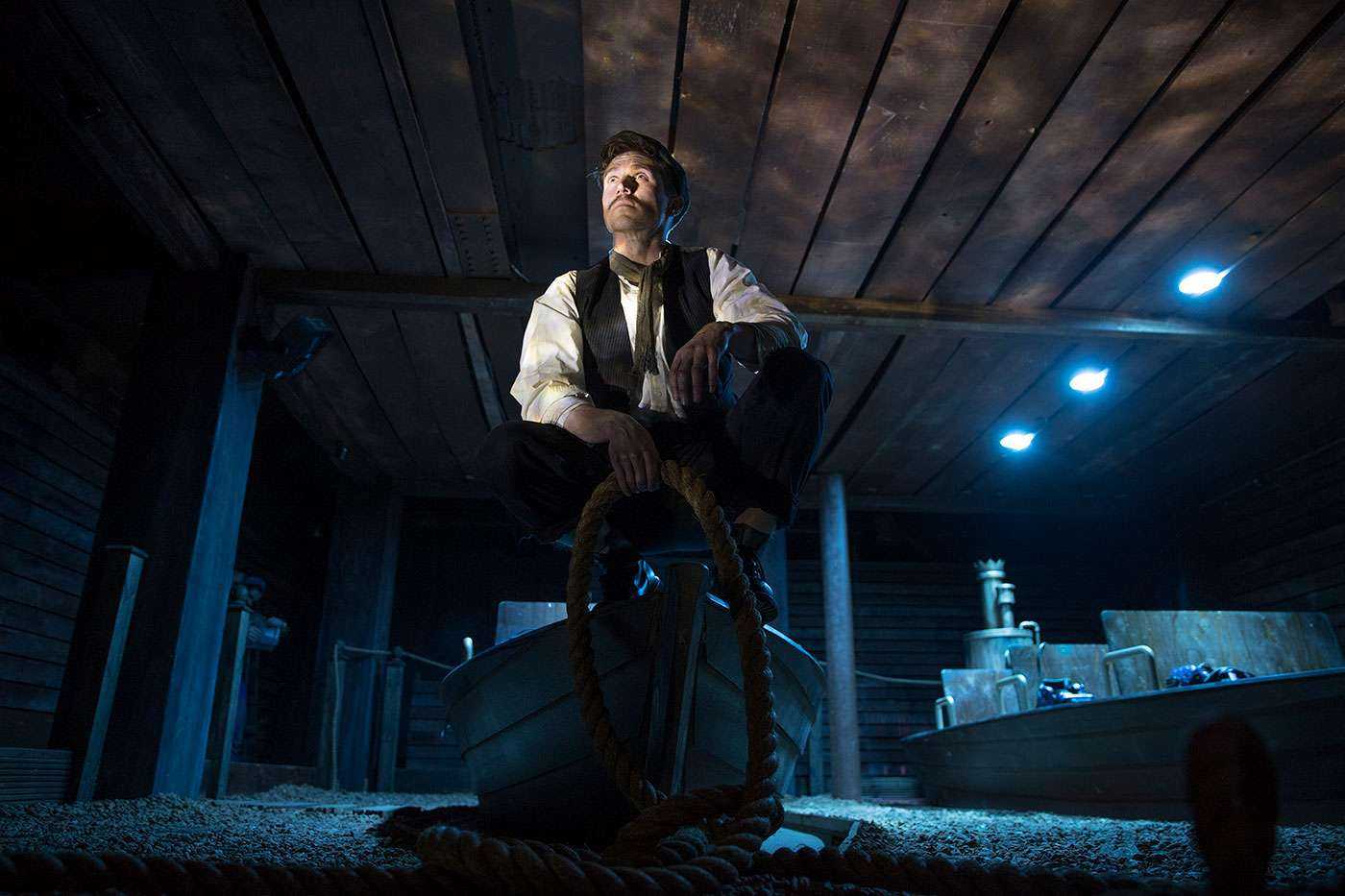 Not to mention – dotdotdot never uses VR as a crutch, instead, allowing the live actors to remain the focus and bear most of the storytelling with their performances and interactions with guests. It is these unique characters and committed performances that keep us ultimately anchored to the story at hand, as we meet wounded soldiers, hapless maids and traitors living underground, each one more memorable than the last. There is simple yet effective scripting focused on prompting an immediate, visceral response in each scene, and actors have done well to improvise lines accordingly to each set of audience members. 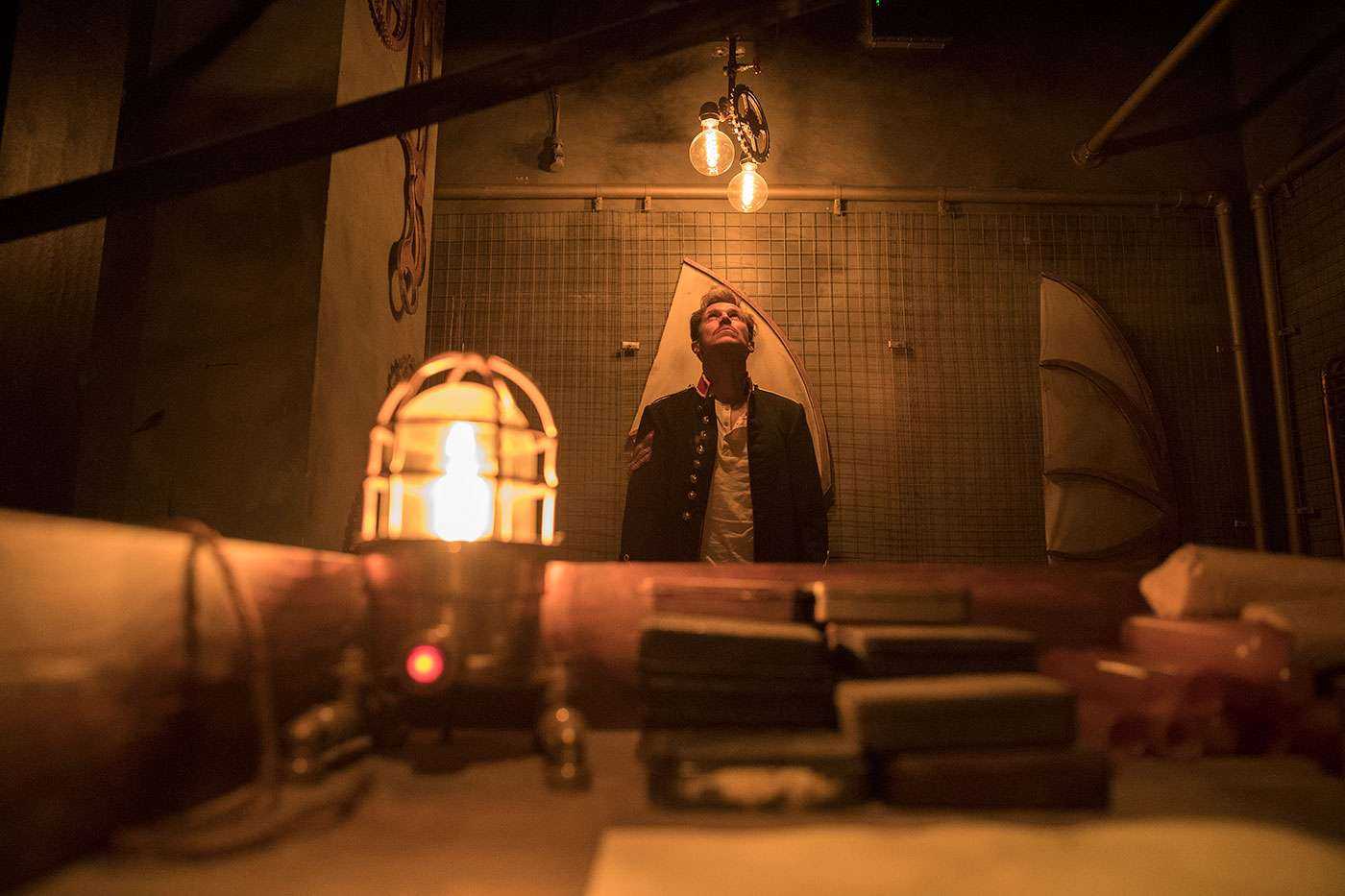 War of the Worlds is an experience to be savoured in every moment, simply because it dares to push the boundaries of set design and technology in theatre to new limits. As much as we think we know what’s going to happen next, often, we’re met instead by a pleasant surprise that only adds to the wow factor, whether it’s something new or a pre-existing entertainment trick presented in new forms. It’s over the top, campy, and totally immersive, so much that as the last of the aliens falls, we too feel a sense of relief that the war is over. Think of this experience as something like a souped up theme park attraction (complete with purchasable souvenir booklet and photo at the end of the experience), not necessarily anything deep or emotionally earth-shattering, but undoubtedly laced with high production value that allows audiences to let go of their real lives, escape to this bizarro version of London, and quite simply, have fun.

0 comments on “In London’s (Off) West End 2019: Jeff Wayne’s Musical Version of War of the Worlds – The Immersive Experience by dotdotdot (Review)”