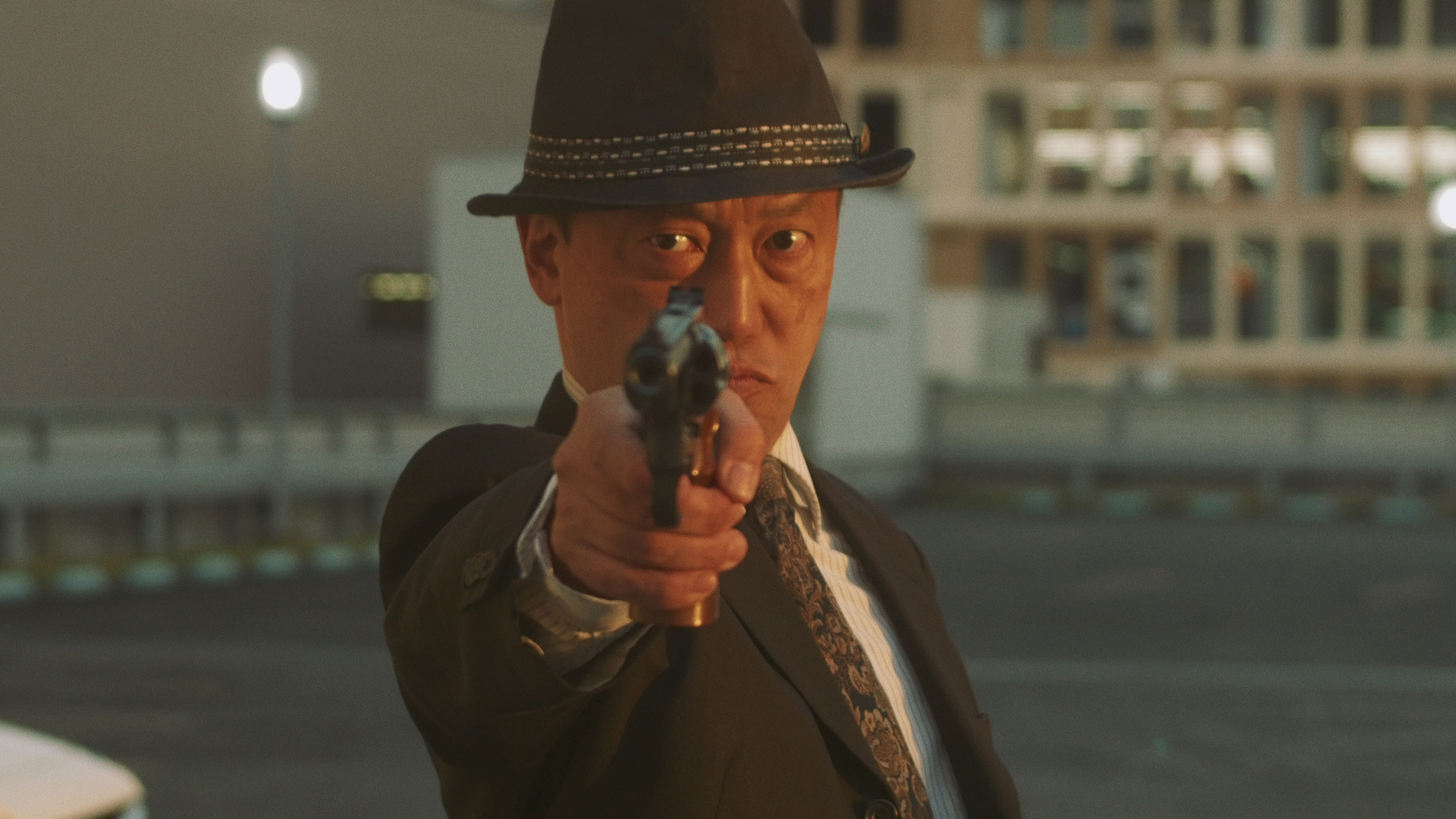 Having made their feature film debut last year at the 2018 Singapore International Film Festival (SGIFF), local filmmakers/musicians Mark Chua and Lam Li Shuen (collectively known as Emoumie) are back for the second year in a row with their sophomore film Revolution Launderette. Bigger, bolder and more ambitious than before, their new film deviates from their debut docu-fiction Cannonball, now presenting a work that’s less drifting, more narrative, and set in the ever fascinating city of Tokyo.

Revolution Launderette follows a young man Tomo, and his companion, Hiroko, who have hardly any money left to their name. Convinced that their misfortune is part of a larger, unexplainable joke, they agree to throw themselves into all the encounters that come their way with the singular hope of defeating this joke before it plays out. With tickets already sold out before tonight’s premiere, Mark and Li Shuen are certainly seeing a healthy viewership, and we picked their brains about their artistic process. Read the interview in full below:

Bakchormeeboy: For Revolution Laundrette, You collaborated with a multitude of Japanese artists, many of whom you guys met during your travels to and from Japan. How did the landscape of Tokyo help inform the film, and what about it made you think about ideas of revolution (especially in Japan, a country not usually known for revolutions!)

Emoumie: Yes, for us it was very invigorating to witness and collaborate with, over other projects as well as this film, the artists and musicians in Tokyo, Osaka and Ibaraki. Particularly in their landscape within the cities, the independent arts and music communities, how they carve out their own spaces to operate on their own terms.

Constantly producing and operating despite the difficulties of situation and circumstance. How they found ways to adapt and to keep on, their resistance through their artistic operation was something very striking. The pains and fears of which we feel is shared in our own way too here in Singapore.

This revolution of our convictions and the convictions in our revolutions. Willing forward despite cycles of location, relocation and change and the dynamics within. The fears that arise in the optimism of the will. Experiences and reflections like these perhaps are what drew us to the revolutions we will for and against and are within. 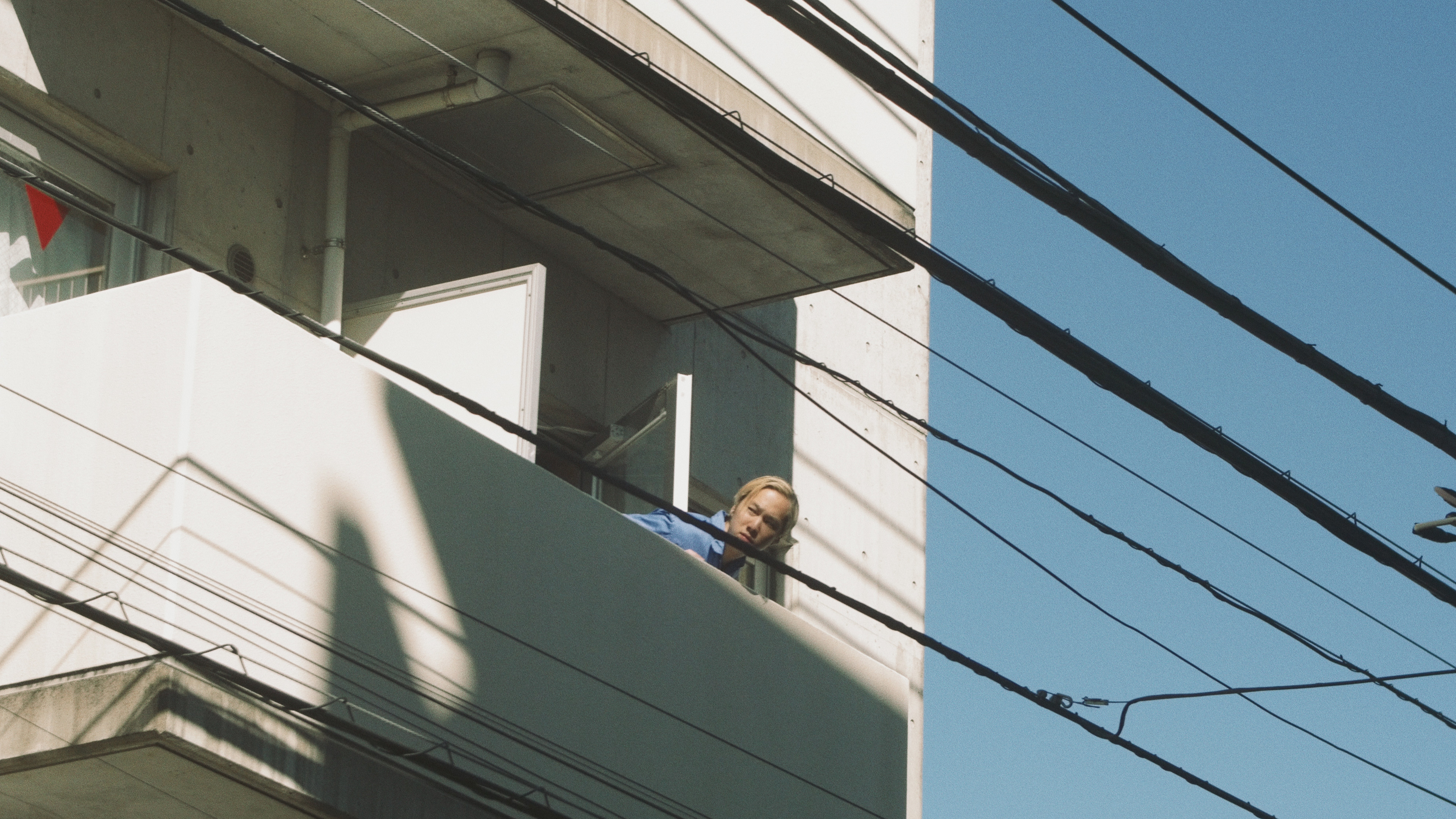 Bakchormeeboy: Revolution Laundrette is quite different from your 2018 debut Cannonball in terms of style. How different was the filming process like between the two films, and was there anything you learnt from the first film that you feel you improved on with this one?

Emoumie: Yes the two films we feel are quite different in form and idea. Cannonball the film was one half of a conceptual Film-Album release, with its form and content being driven by the album that was the other half. The idea behind the filming process in Cannonball was to capture in-the-moment happenings while being the performers. As if the narrative and scenes of the film were a staging of performances based on the album – and the images that were captured, a subconscious reflection of where the album sprang from. A docu-fiction performance and presentation.

For Revolution Launderette, the intention was to write and present a story around some of the ideas we were exploring. So it was a pretty different process from the first film, more working with a production crew, scripting and staging scenes with actors and collaborators, and a generally more pre-designed approach. However the spontaneity of the filming process on Cannonball, we feel, also was incorporated into some aspects of the process in Revolution Launderette. To bring into the narrative the chance of the subconscious. 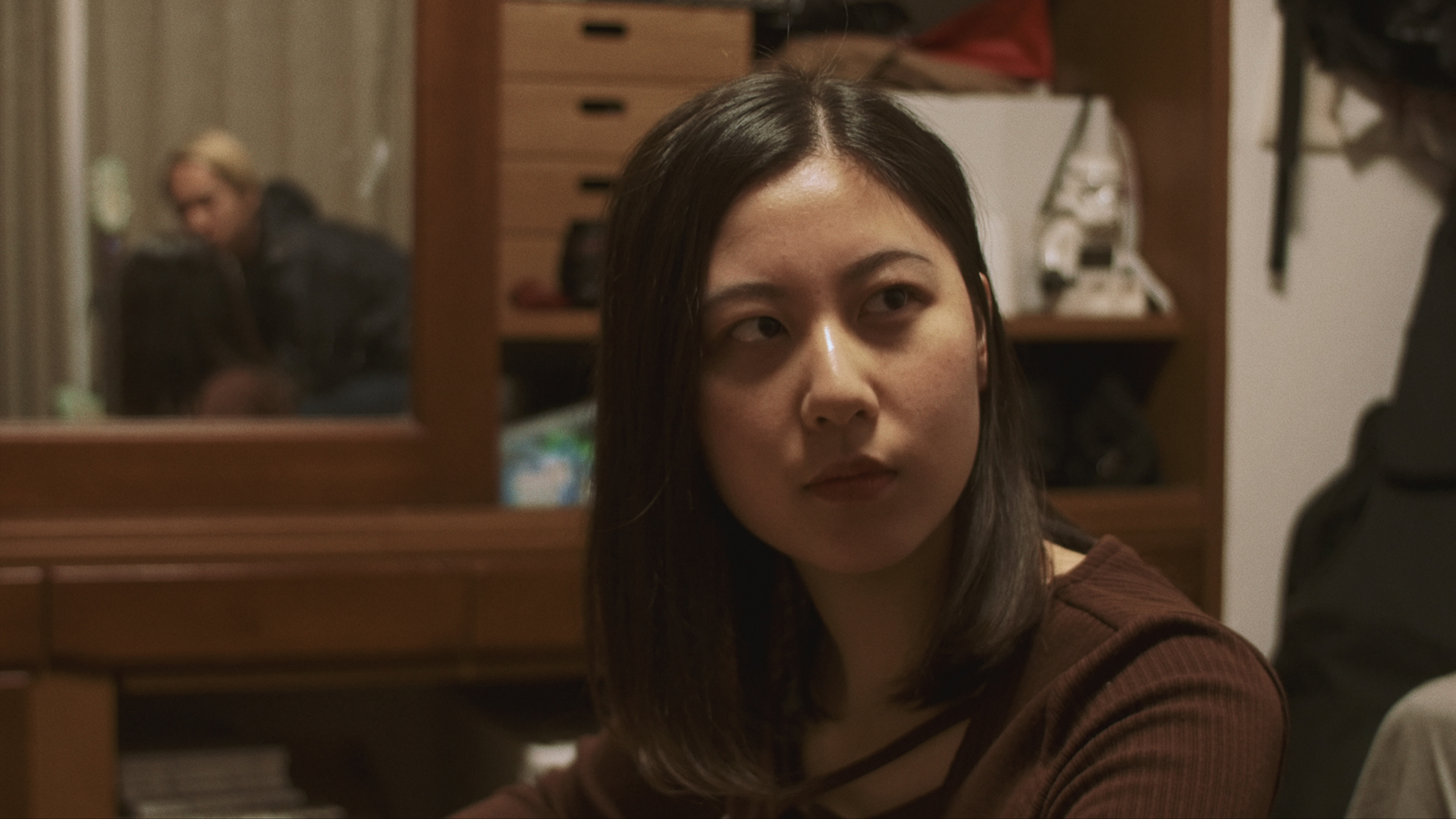 Bakchormeeboy: It’s so rare to find a truly ‘indie’ Singaporean film such as your two features to be presented at film festivals. What keeps you guys going, and why did you decide to adopt the film format, even with the many challenges involved in it?

Emoumie: For us, we feel it is really important that filmmaking, creation in cinema, is not seen as only something that ‘is granted to those who have proven worthy’. Or something that needs permission, a certain pool of money or profit.

We will keep on putting out films because for ourselves, making films as a re-imaging and re-imagining of reality is an action against fatalism – one of hope. And that is something very precious to us – to continue to work from there in today’s times. The film medium is something that for us, holds such possibilities! 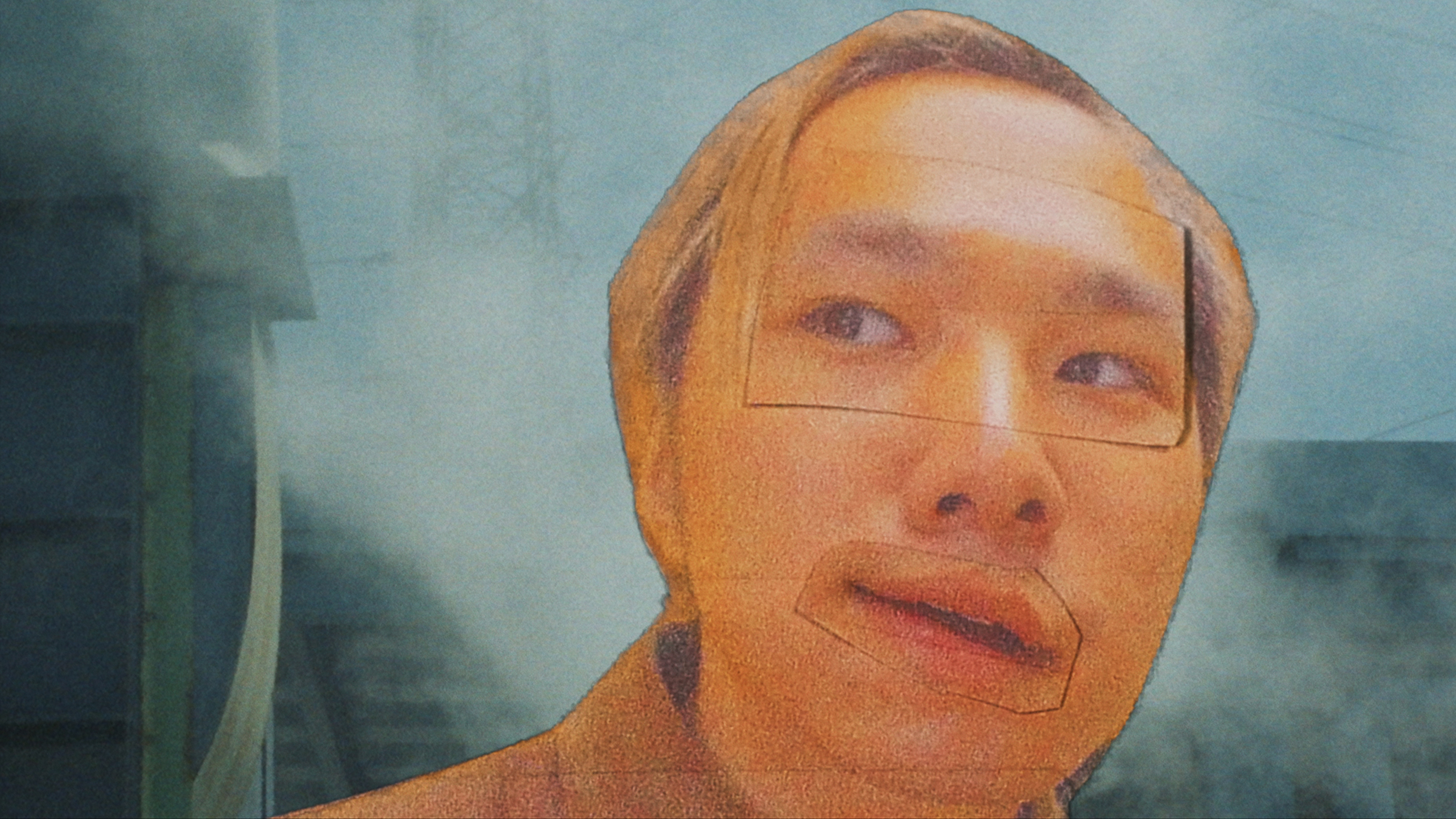 Emoumie: Thinking about it, perhaps the work that we do tends to be the results of the creation and projection of ideas drawn from reality – lensed through the intention of re-imagining and humouring it. Dealing in the nightmares and dreams of life in this way. Generally, we see our process as guided by a directed uncertainty to clarify what is known (assumed to be so), as resistance to unconscious certitude. To reflect and work through openness and chance. 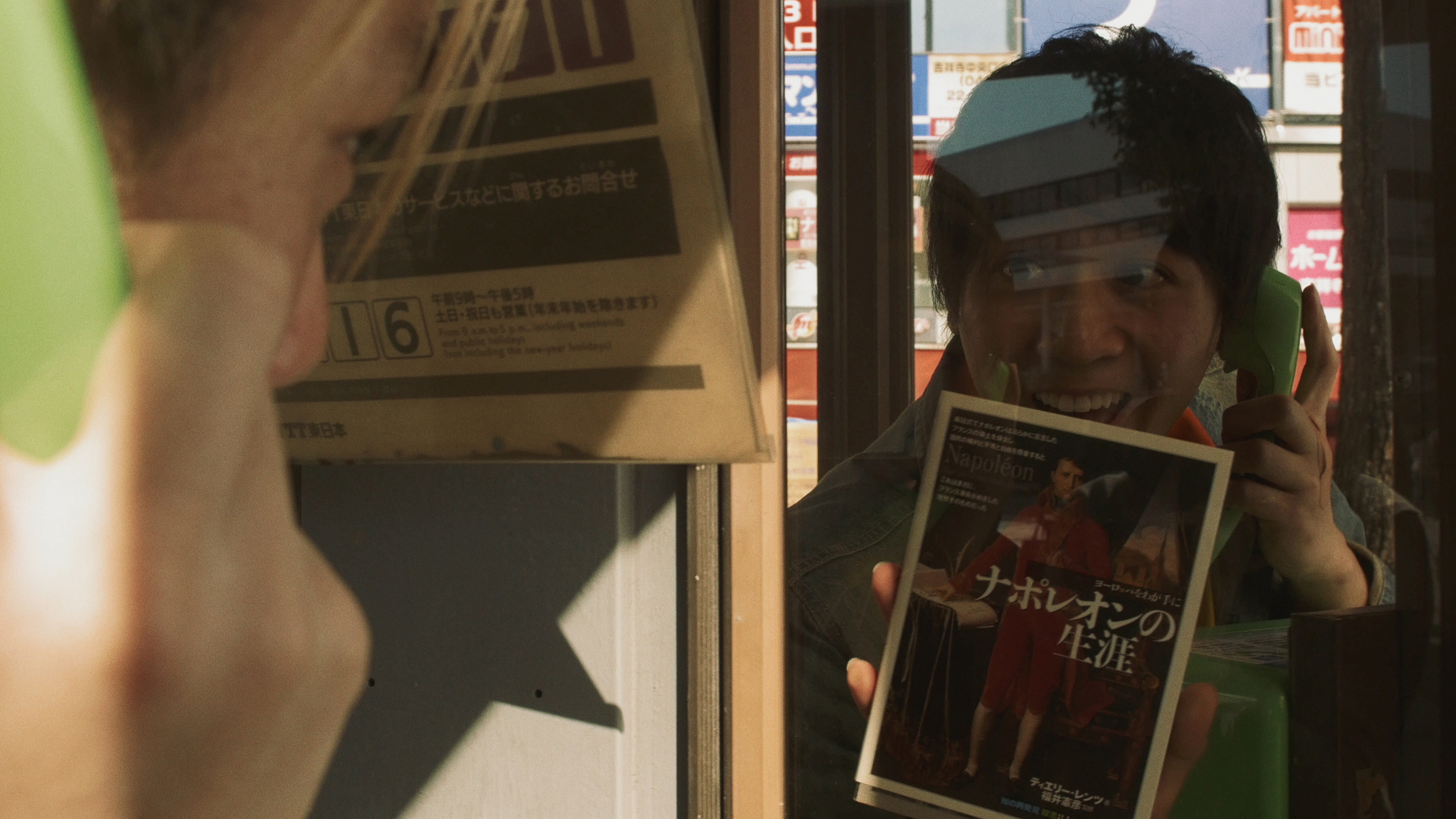 Bakchormeeboy: What’s next for you guys? Are there plans for a third feature film anytime soon?

Emoumie: We’re hoping to bring Revolution Launderette to other festivals, and hopefully have a chance to screen it in Japan and be there with the cast and crew.
And we are currently writing our third feature film. A tale set in the region around the island of Temasek, some time before the 12th century. A fantastic trip between land and sea!

Revolution Launderette plays at the Oldham Theatre on 26th November 2019 at 9.30pm, as part of the 2019 Singapore International Film Festival. Tickets are sold out.

0 comments on “SGIFF 2019: An Interview with Mark Chua and Lam Li Shuen, Directors of Revolution Launderette”