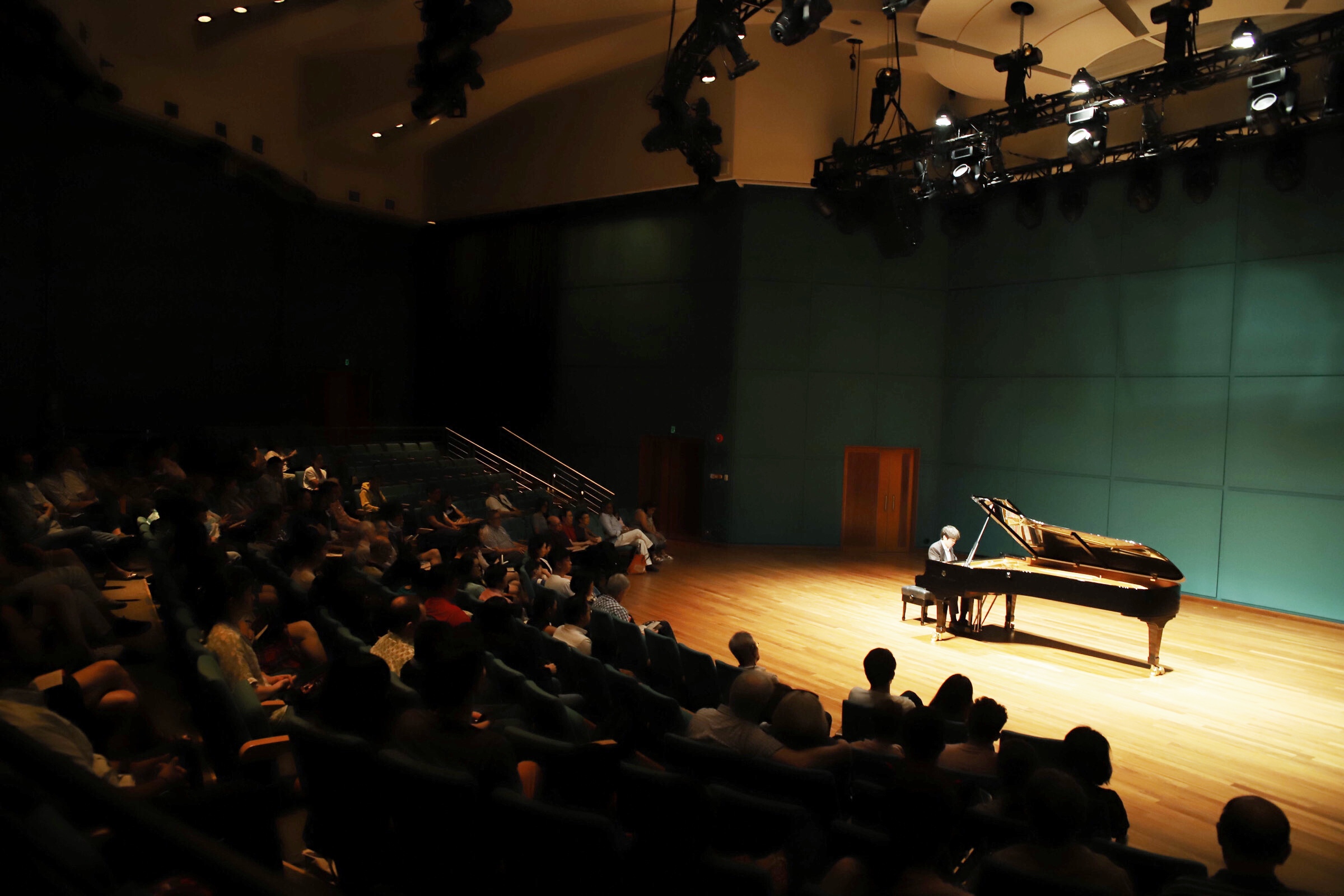 ★★★★☆ (Performance attended 2/2/20)
Piano prodigy’s plays like a majestic phoenix rising from the flames.

Playing as part of the Esplanade’s 2020 Huayi – Chinese Festival of the Arts, award-winning piano prodigy Tony Yike Yang made his Southeast Asian debut at the Esplanade Recital Studio last weekend. With expectations running high for the youngest-ever laureate at the Chopin International Piano Competition, the 21-year old made it clear from the very start that he was here to make a statement and show off his calibre during the performance.

Opening on a strong note with Schumann’s Novelette no. 8, Op. 21, one can tell that Yang is a detailed pianist, paying close attention to how he evokes tone and emotion each time his fingers take to the keys. In the first movement, one feels a sense of joy emanate from the piano, almost like being at a church wedding, with a well-played nocturne. As the piece went on, Yang seems to put more and more of himself into the music, displaying strong command over the piece, as we felt him put his own personality into it from start to end. 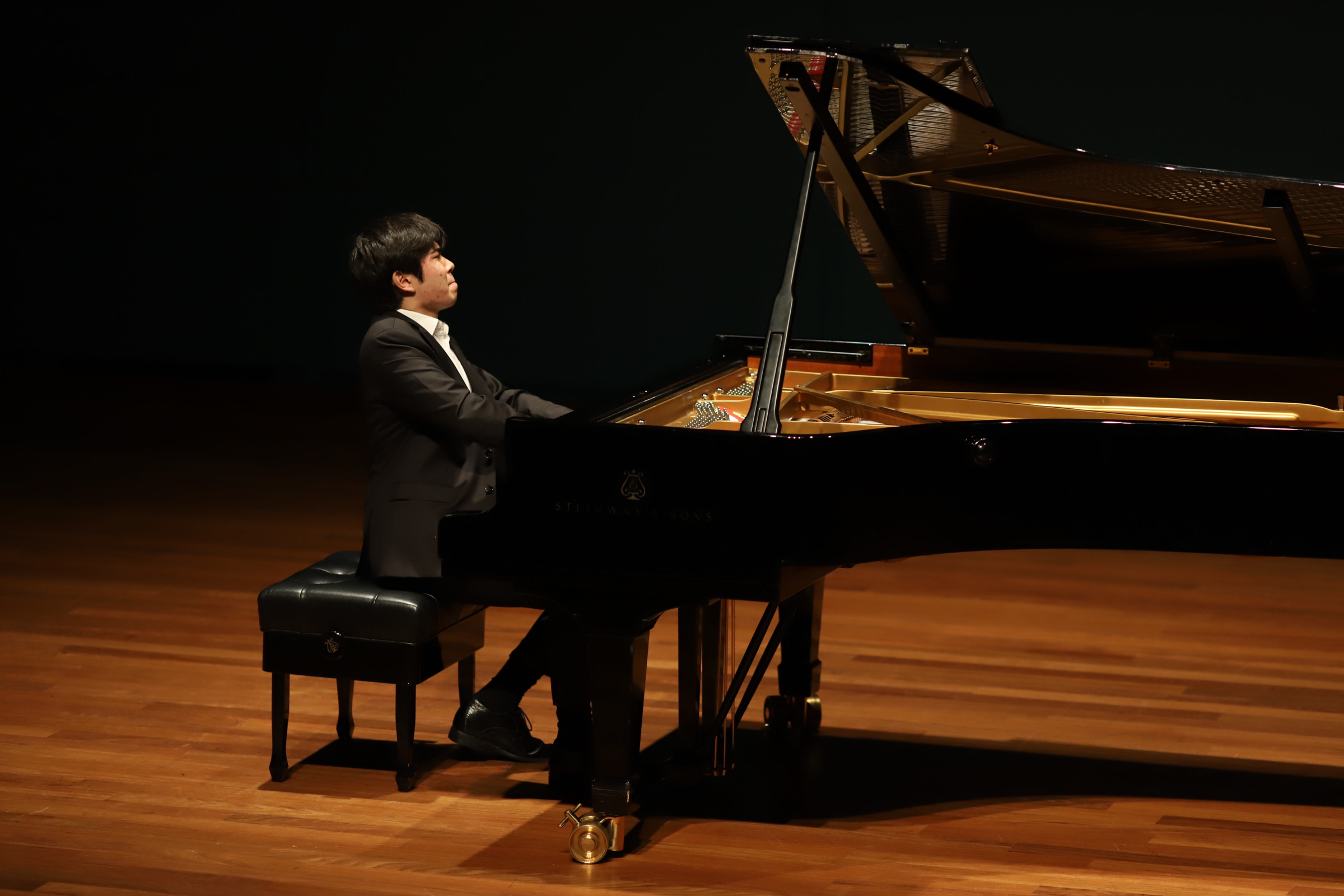 In Chopin’s Sonata no. 3 in B Minor, Op. 58 is characterised by its fast pace with multiple run notes and arpeggios, taking a skilled pianist to master it. Yang’s playing is crisp and maintains a strong display of proficiency throughout, in spite of the audience members’ being somewhat disruptive as they applauded in between each movement. The fast-paced piece requires plenty of precision, and watching him rapidly going from octave to octave as the piece progresses is only further proof of his expertise.

At the same time, Yang shows a degree of constraint as well, knowing how to manipulate the work for maximum effect, Towards the end of the third movement, he prolongs a pedal that holds the note that almost gives us a surprise as he suddenly segues into the next movement. While it has been criticised by composers and critics for having too many themes, under Yang’s playing, each movement is well-differentiated and distinct thanks to him showcasing a range of tonalities, bringing out the vibrancy of each part and taking us on a seamless journey from start to finish, ending with aplomb. 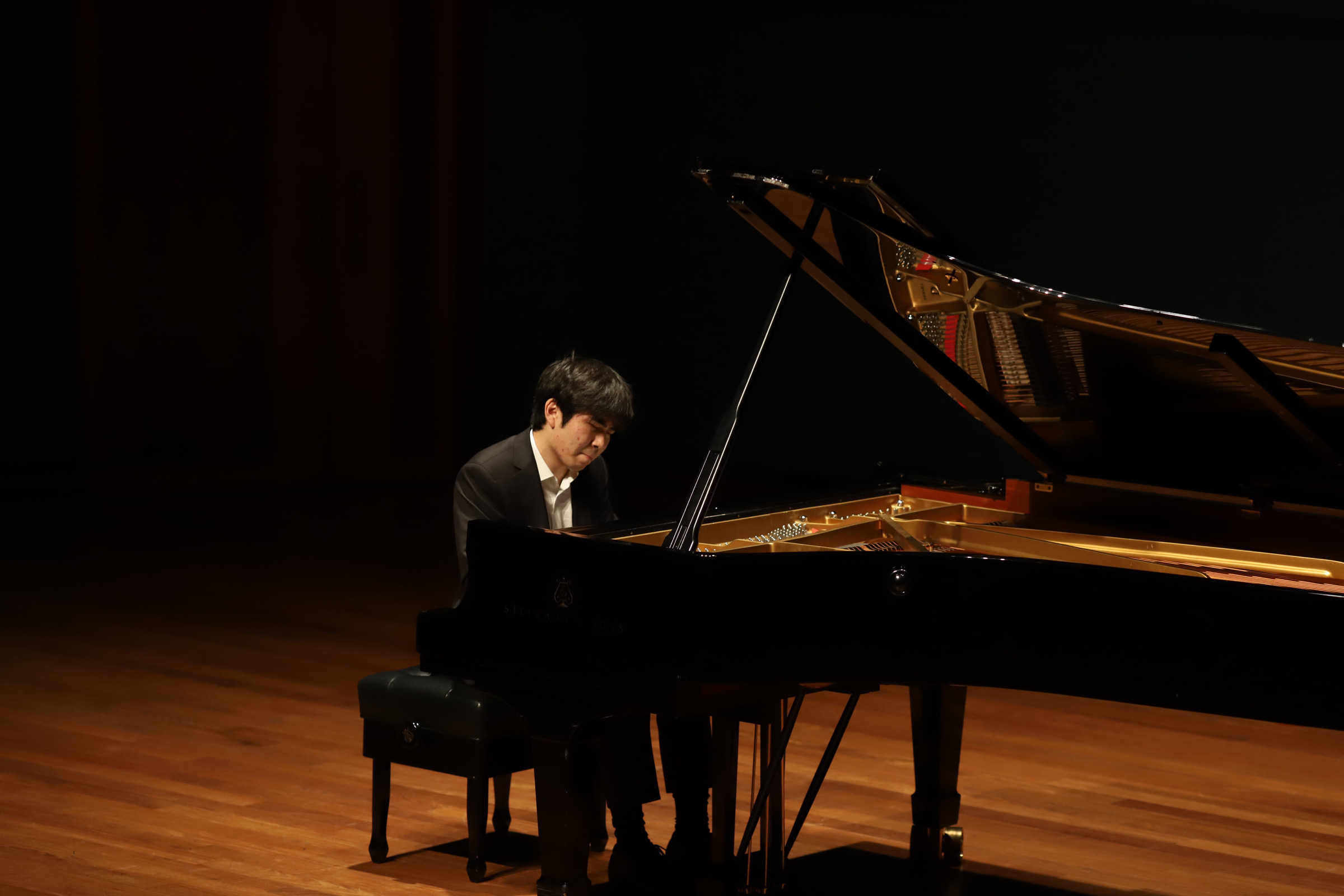 After a brief intermission, Yang continue with Beethoven’s Piano Sonata no. 14, Op. 27 No. 2 ‘Moonlight’. There was a certain melancholia to the piece, as Yang slowly eased us back into the Recital Studio, almost as if we were carrying on right where we left off before the intermission. His skill here is shown off in abundance, where he nimbly handles semi-quavers and quick time changes as his fingers dance across the ivories. With utmost concentration, it is clear that Yang has complete understanding of this piece. 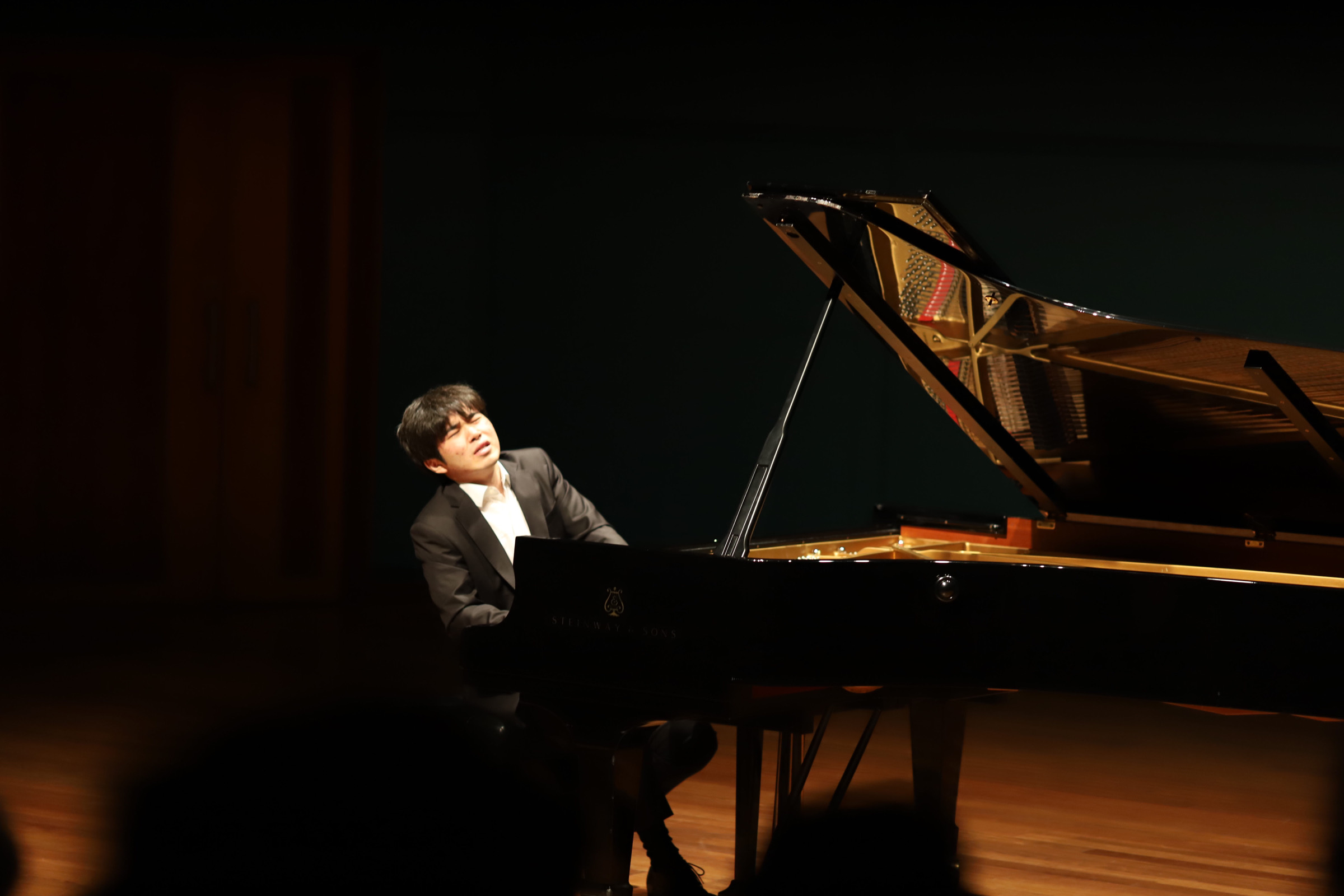 Going from West to East, Yang then plays Chinese conductor-composer Tan Dun’s Selections from ‘Eight Memories in Watercolour’. Known for being the composer for Ang Lee’s Crouching Tiger, Hidden Dragon, the sound was clearly oriental, yet still maintains the same need for dexterity and skill as the Western pieces. His hands move fast, with a light touch, and in playing the piano, the sound that emerges seems almost similar to a Chinese guzheng. All of this showcases just how versatile a performer Yang is, masterful over both Eastern and Western compositions. 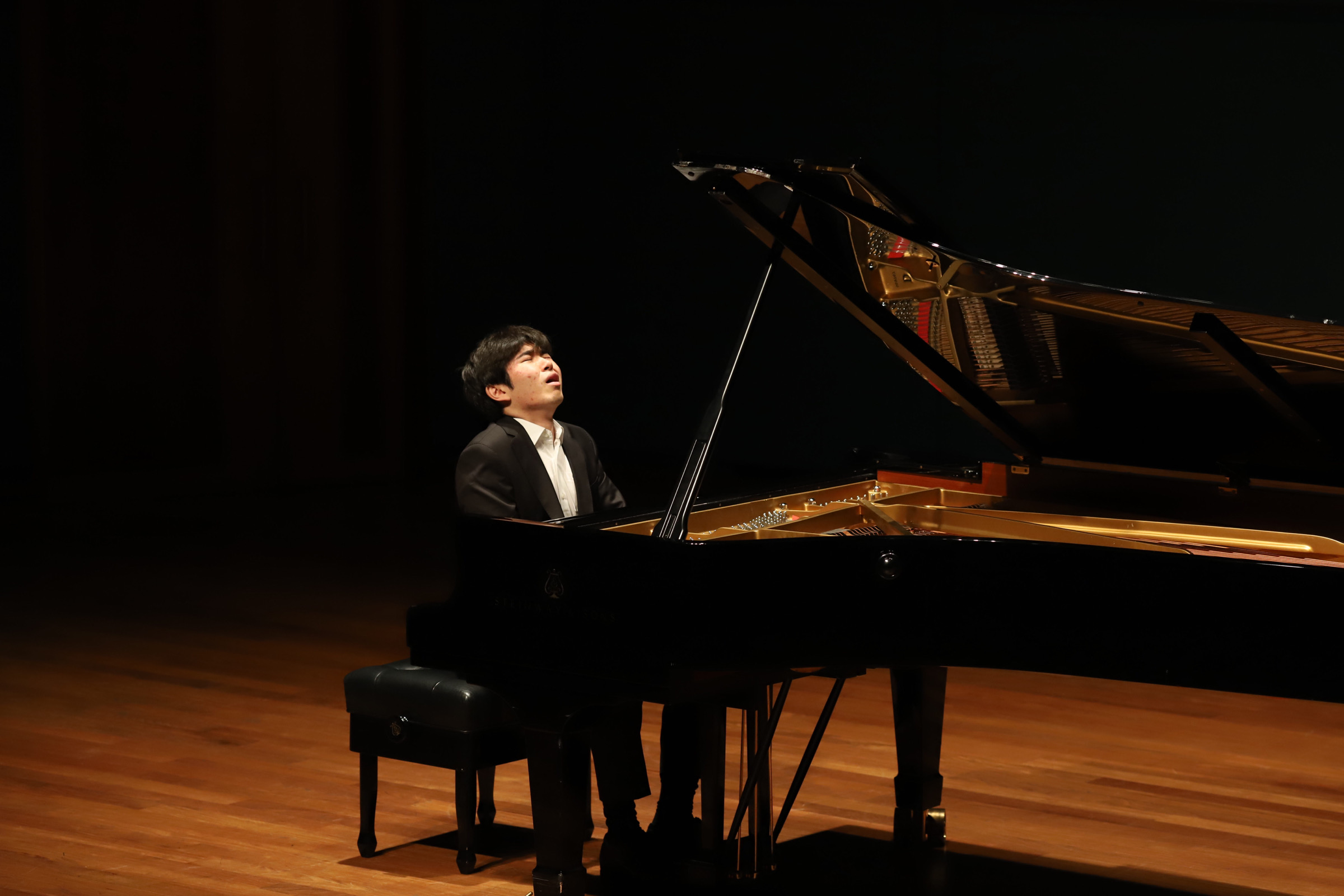 Finally, Yang ends the concert with Stravinsky and Agosti’s Firebird Suite, from classic ballet The Firebird. One imagines the titular firebird being chased down, at the mercy of dangers and perils in hot pursuit of it. Beginning the piece on a lower octave, we imagine the bird flying close to the ground. And as he begins to move up the keyboard, the octaves rise, and so does the bird as it climbs higher and higher into the sky. A lot of freedom of expression goes into this piece, with Yang deciding how to engage the audience at every step of the way.

One feels a sense of liberation and playfulness on his part, as he captures how the firebird soars through the atmosphere, building up towards an epic finale. We reach a sense of joyous grandeur echoing the original ballet’s victorious ending, a roaring finish that reverberates throughout the Recital Studio as Yang completes the performance. We are left charmed and impressed by the sheer calibre of this young but gifted pianist who, like the firebird in his final piece, rises gloriously in a burst of flame, and rightfully proud and confident of his virtuosic ability.

Photos courtesy of Esplanade – Theatres on the Bay