As much as the current COVID-19 pandemic has brought live performances to a halt, local theatre company Theatreworks has found an opportunity to rebrand and look into the future instead. Says Dr Ong Keng Sen, who has now returned as artistic director of the company: “COVID-19 is probably the first major disruption we’ve experienced across the company’s 35-year history. Realistically speaking, we are likely to lose around 20% of audience members in the theatre, with the move to digitisation and streaming. However, this also presents an opportunity for critical thinking as we learn how to live in the new world.”

Theatreworks has now officially rebranded itself as “T:>Works” (or TWorks), symbolising the disruption that COVID-19 has forced upon the world and an explicit reference to the  the Disk Operating System (DOS) on computers and early days of computation. Says Keng Sen: “T:>Works is about the root drive T (TheatreWorks) which executes the programme Works. Our works have moved beyond theatre, into visual arts, films, choreographies, sound works, publishing, residencies, processes. Finally, the new visual identity reminds us of the user of a system or our audiences. Early computation put the user and open access back into the centre.”

TWorks has also re-established the company’s mission statement, now focusing on pioneering thought leadership in the arts, focusing on transdisciplinary, transcultural and inclusive processes, alongside a stronger focus on education and research, as well as investigating the unique perspective of being located in Singapore through different creative expressions in the public sphere. “We’ve wanted to do this ever since we moved into our space at 72-13 and started doing more interdisciplinary work,” explains Keng Sen. “It’s been a long time coming that we finally rethink and relook at what we do in the arts, address the need for greater thought leadership in our scene, and expand our ideas beyond the rules and boxes that we’ve been prescribed.” 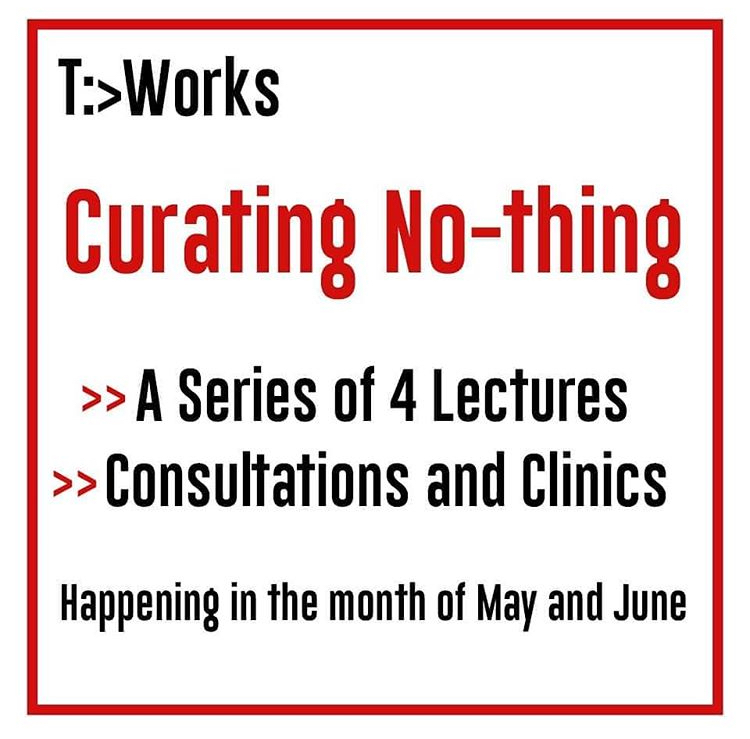 TWorks is currently in the midst of firming up plans for the rest of the year, and have so far revealed two major events. The first of these is ‘Curating No-thing’, a free online curators training course that will be led by Ong Keng Sen himself, comprising a series of lectures, clinics and consultations across May and June. The second of these is TWorks’ N.O.W. festival (which debuted last year), which has now shifted to a fully digital programme. Led by Noorlinah Mohamed, N.O.W. shines the spotlight on female artists and creators, and will take place online from July to August 2020, completely free of charge. While not formally announced, TWorks’ ever-popular 24 Hour Playwriting Competition is also set to make a return, but similar to N.O.W., in a different form from what was originally planned.

For Keng Sen, the act of digitisation suggests a need to embrace a hybrid creative platform, not necessarily putting all of one’s resources into taking on new technology, but doing what is most effective as the work calls for it. A site-specific piece, for example, cannot be fully experienced as an online stream via Zoom, and would be wrong to be presented as such. “Technology must not overwhelm or engulf the work itself,” says Keng Sen. “In going digital, there are times we have to go back to the early days, rather than jumping on board with what is seen as more ‘immediate’ and more ‘sophisticated’.”

“For example, I remember back in my childhood, the now defunct radio channel Rediffusion used to do radio dramas, and I think about how even something as simple as voice work could keep us hanging on to every word,” he continues. “The medium must serve the content, and we must learn how to use technology to serve our needs and improve on what we already have to better engage audiences in the digital age.”

“In all, it’s almost certain that all of this will result in a change in how we make work,” Keng Sen concludes. “When the dust finally settles, after the initial embrace of people flocking back to the theatre, it becomes easy to say you’re too busy to attend the performance itself, knowing that there’s the possibility of seeing it digitally. In the process of transformation, you will lose some audiences and gain others. Now in this current urgency of the COVID-19 pandemic, it is the time to sustain a different gathering of arts audiences and artists, to hold or carry them in a careful and loving way, as we continue to adapt to the new normal.”

Curating No-thing takes place online across May and June 2020. Interested participants may register by emailing mervyn.TWorks@gmail.com

The Virtual Festival of Women: N.O.W. will take place online from July to August 2020. More details to be announced in due time.

2 comments on “TheatreWorks Rebrands as T:>Works As Artistic Director Ong Keng Sen Looks To The Future”