ADELAIDE, AUSTRALIA – In lieu of live performances due to the ongoing pandemic, Adelaide Festival Centre’s OzAsia Festival has launched their inaugural OzAsia Talks series, where various cultural leaders and artists gathered to discuss the state of the arts online. As one of the world’s leading international arts festival focusing on Asia, the ongoing talks feature some of the world’s most significant figures today, each one engaging in deep discussion about responses to the pandemic, the future of Asian arts and artists, and the continued power of storytelling through theatre, poetry and other art forms.

Following their talk on 22nd October, we got a chance to speak to OzAsia’s new artistic director Annette Shun Wah, and guest Ong Keng Sen (artistic director of Singapore’s T:>works), we found out a little more about how these two titans of the arts scene intend to move boldly into the future.

Considering it’s her first year as Artistic Director of the OzAsia Festival, it’s certainly been a bit of a rollercoaster for Annette. “Because of COVID-19, we are all now operating in a very different landscape and context, and it will take time for us to come to terms with the scale of the challenges,” she explains. “It has forced most artists and arts organisations to pause, and rethink what we are doing, and how we are doing it. Having only joined the OzAsia Festival team in March this year, COVID has unexpectedly given us the luxury of time to put my first festival together. It also allows us a more defined break between my programming, and that of the previous artistic director. I hope the audiences will also see this as a fresh start. The other positive, borne of a negative, is that more artists are available to engage with our festival because of the halt to their usual touring commitments.”

“While it is impossible to present a full festival this year, the OzAsia Talks is a way for us to share our thinking with artists and organisations that we have an affinity with, in both Australia and in Asia. We can work towards solutions together,” she adds. “The talks series also gives us a chance to share these conversations with OzAsia Festival supporters and potential audiences who may not understand the full impacts of what we are dealing with. I think the conversations are informative and fascinating for people within, and outside of, our industry, and will give important context to next year’s festival.” 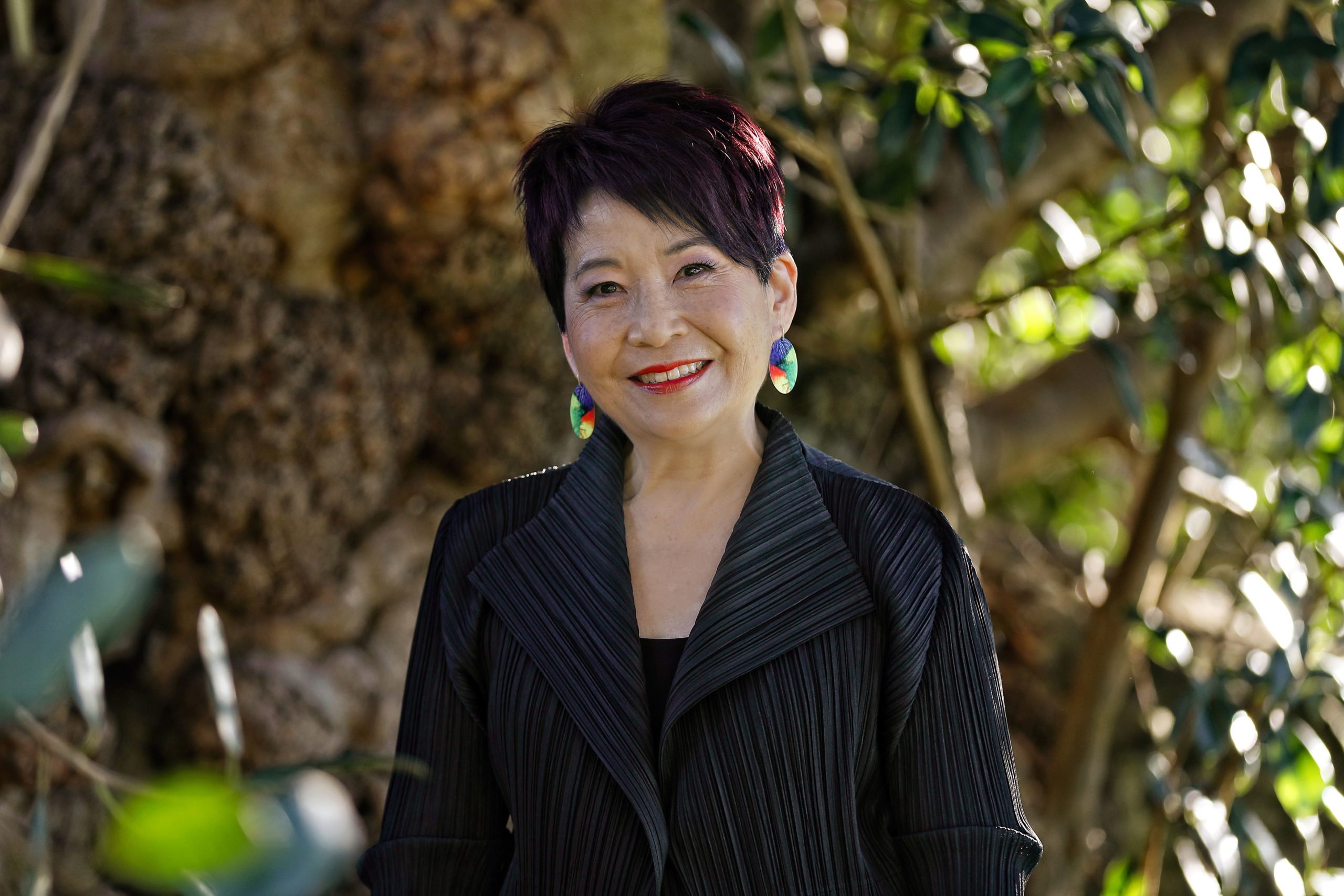 For Ong Keng Sen, who’s currently based in Berlin, the pandemic has brought about some very interesting revelations for the T:>works artistic director. “The way in which Asia is dealing with the pandemic is very different from Europe,” comments Keng Sen. “Firstly, it’s created an extreme deterrent to travel, and even with all this talk about fast track and green lanes, there’s still a lot of quarantine to go through, with national health authorities still being very cautious. So there’s this lack of assured mobility going on. As of now, the next big step would be realising that even when the vaccine is created, it’s not a failsafe, and we have no idea of knowing when it’ll even be available.”

“In many ways, the pandemic has changed our view of the world,” he adds. “Let’s say the accessibility of education – now you can do an entire course online, possibly avoid paying exorbitant tuition fees, and still come away with a degree. Of course there’s also negatives, where people are purporting that the digitised is a sufficient substitute for the real. Right now, you can see that even though museums in Europe are open, people simply aren’t going anymore because the habits have changed. While they’re operating at 30% of their maximum capacity, only 50% of those tickets are being taken up every day. People are changing their lifestyles, simply working, finding a meal together, and no longer really thinking of a nice day out at the museum. It’s difficult to get new audiences in a time like this, and that’s the sad reality.” 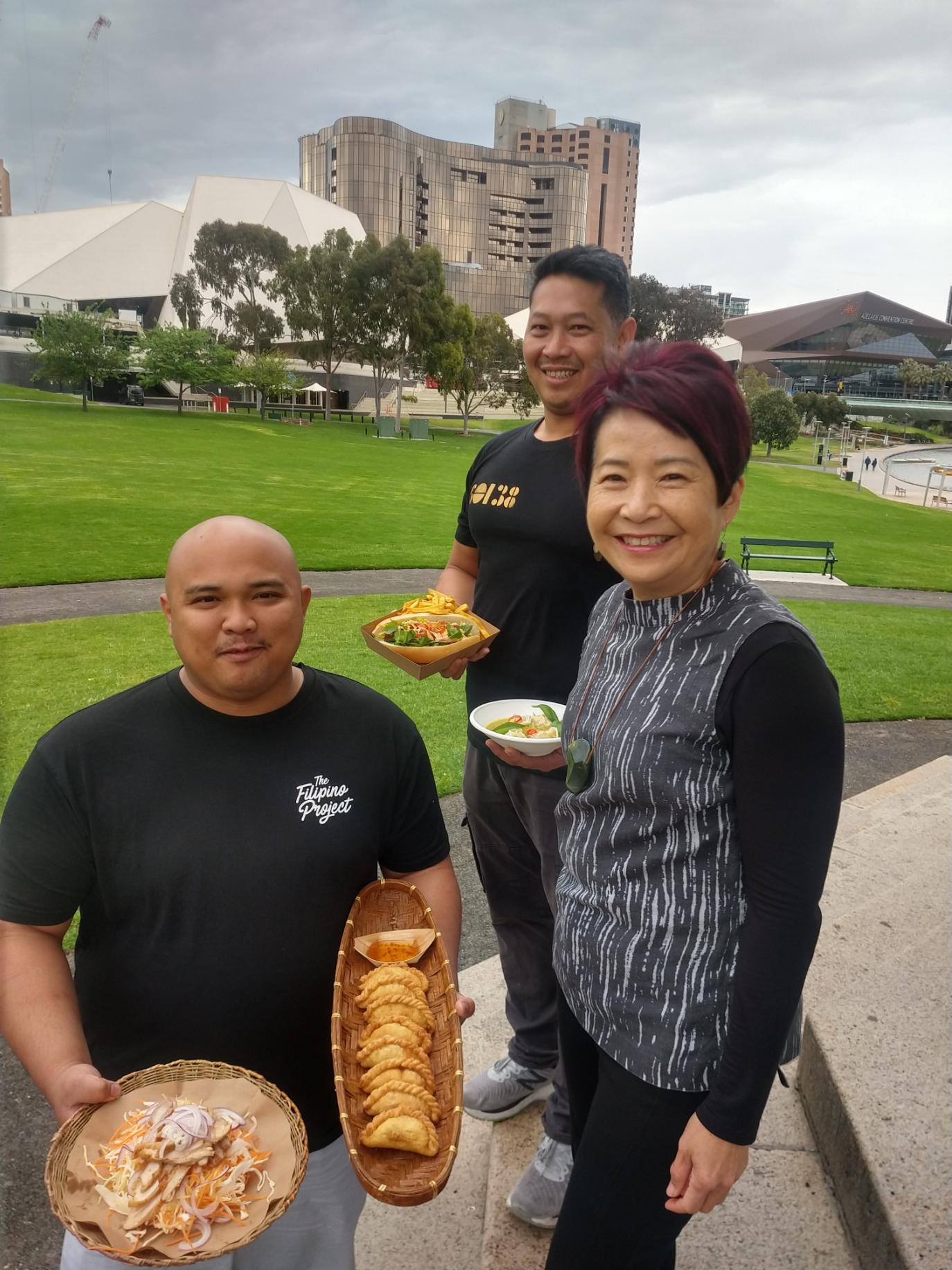 It’s particularly interesting how Annette’s role marks the first time an Asian Australian woman has taken up the position of OzAsia’s artistic director.  “OzAsia Festival is framed by the cultural engagement of Asia and Australia – it has been up to each AD to decide how best to explore that through their festivals. For me, there are three important strands to the programming,” comments Annette, on what she’ll be bringing to 2021’s festival. “One is to provide a snapshot of contemporary works from Asia that illustrate new trends in artistic practice and the sorts of concerns and thinking that is current there. The second is to support collaboration between artists in Asia and Australia. The third, and this is a significant difference with the previous programming, is a strong presence of the very people who embody the engagement of Asia and Australia – i.e. Asian Australians. So while it may be possible to program an OzAsia without international involvement, it wouldn’t be ideal, but it would still address the central theme of cultural engagement.”

“While OzAsia is still a festival that’s mandated by a white institution, and in the past was perhaps seen as a celebration of exotic Asian-ness, the fact that it’s now being run by an Asian Australian woman is a huge statement of how it’ll change under Annette,” adds Keng Sen, on Annette’s appointment. “I think the idea of ‘internationalisation’ might change a lot in future as well, where it’ll no longer just be shows that are able to tour multiple cities, but more about conducting deeper engagement with different locals, and tapping into the international identity that’s already present in one’s home country, like how Annette looks to be opening up more opportunities for Asian Australian artists. It’s a good opportunity to consider what Asian-ness means in the modern era, and no longer just a case of categorising it as originating from China or other parts of Asia.” 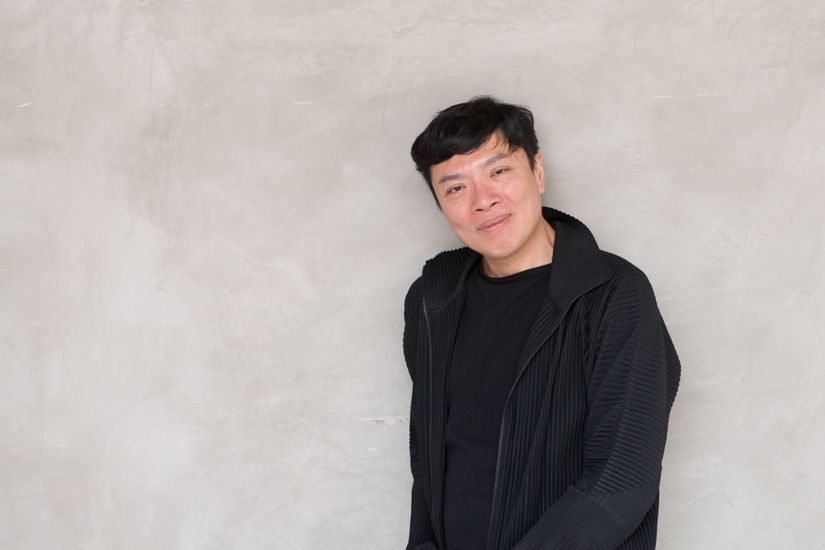 “It’s interesting how earlier on during the Curators Academy, there was a question that was fielded by participants that posited how hypothetically, in 2022, a festival might only be allowed to have a limited number of international guests,” Keng Sen continues. “That’s a consideration which would force people into thinking about their priorities for their festival, whether it’s about inviting ‘great’ theatre performances, or sustaining relationships with the right collaborators. I think that’s going to be a huge consideration directors will have in the coming years.”

“I think about when Wild Rice’s Hotel was commissioned for SIFA in 2015, there was a lot of concern about the kind of Singapore it was portraying out there. It wasn’t about SG50, more a case of looking at Singapore through the decades and giving artists the chance to air the histories going on in our own country. Hotel then went on to show at OzAsia, and showed audiences there the very complex position of where Singapore found itself after fifty years of independence. Perhaps that’s why the arts will always continue to be essential, because it keeps reflecting back to us what was, is and can possibly be changed.” 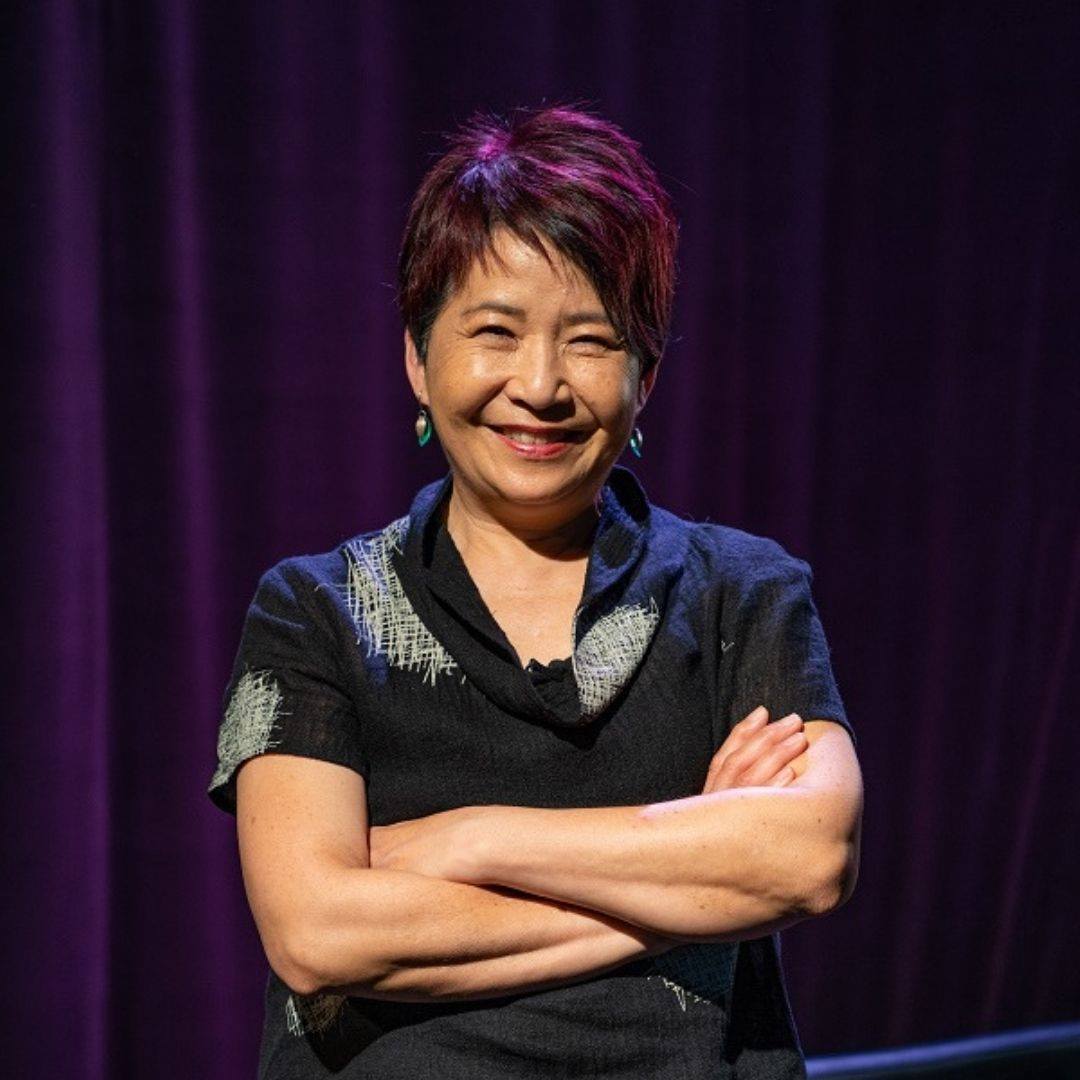 What then represents ‘Asian-ness’ and the Asian identity today? “According to our most recent research, approximately 12 per cent of the Australian population are Asian Australian. But they are significantly under-represented in our cultural landscape,” says Annette. “My desire is not to “integrate” or be race-blind at all. On the contrary, I think Australian arts should reflect the diversity within it and embrace the difference of perspectives, practices and stories. This is a more inclusive practice, it more truthfully reflects who we are as a society, and the diversity of views contributes to the vibrancy of and relevance of the art we make.”

Considering the region’s long history with colonialism and its effects, inevitably, it would come to inform, or affect the way one thinks of curating festivals, particularly international ones. “Colonialism is an important lens to relook at the new world. While we’re moving past ideas of post-colonialism, we can see some governments continuing to push for colonialism in their own ways, and perpetuating a lack of freedom similar to the colonial era,” says Keng Sen. “There’s a lot more awareness and talk about it these days, such as how Aboriginal and first nations issues in Australia. When it comes down to curation, we can’t just have a United Colours of Benetton season for a festival, because it’s important to look at how the interaction and engagement happens. When we return to a post-pandemic era, there will be people who go back to programme like pre-pandemic days, but there is also a potential to see it as a chance to reset. As Arundhati Roy puts it, it’s like a portal we’re going through, and we’re in a different calibration now. The international festival has a new meaning in 2020, and should be a process of enlightenment for audiences.” 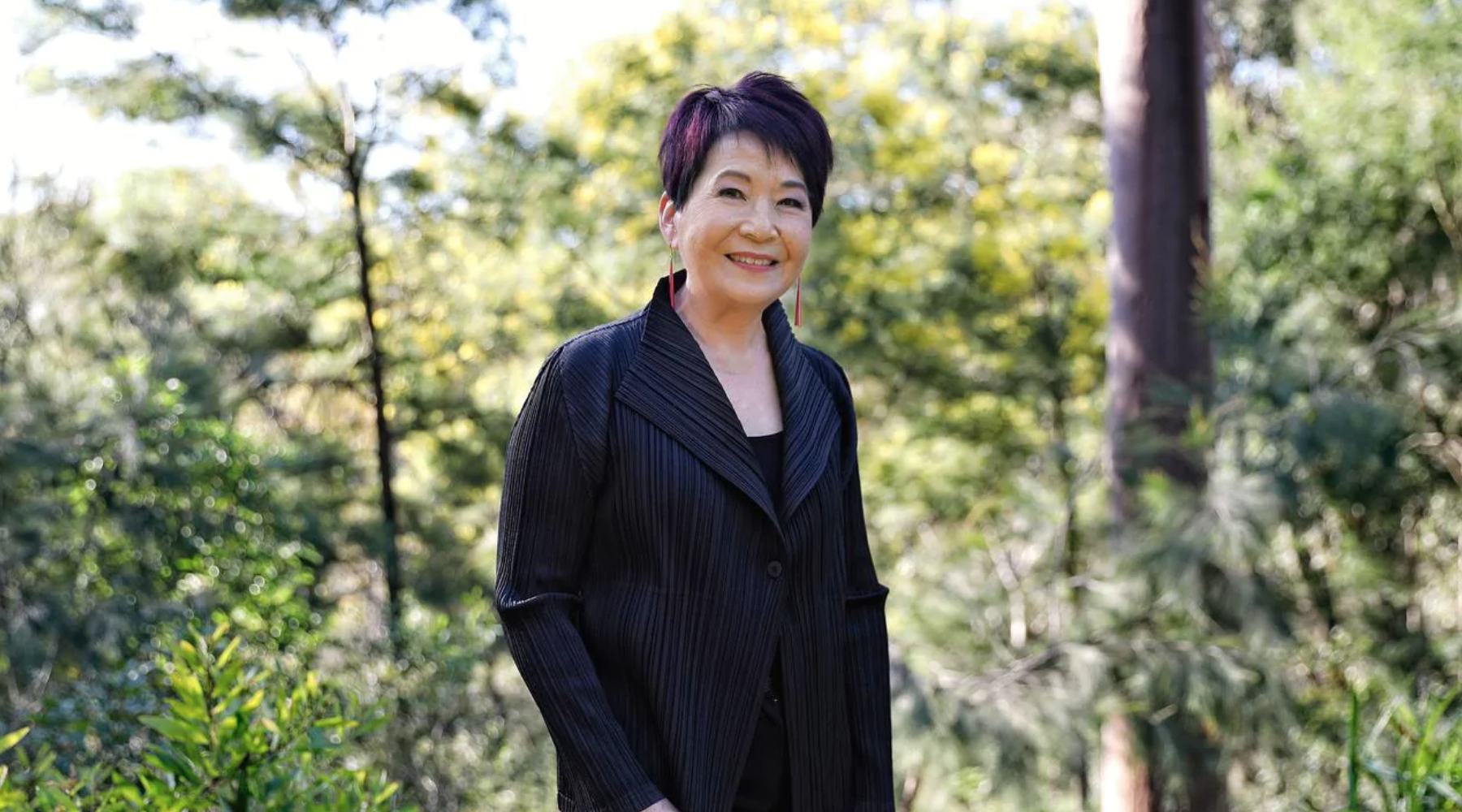 Fear and uncertainties aside, both Annette and Keng Sen do believe that there is a better future ahead. Annette in particular, has already made plans with her team for the 2021 edition of the festival, set to be stronger than ever. “The 2021 festival represents an evolution of the festivals of the past. Apart from the change in programming emphasis as described above, we will need to take into account any physical distancing regulations and restrictions on international travel,” says Annette. “Of course, I value the power of live performance, of audiences being in the same physical space as performers, but many innovations in the use of online/digital platforms will help us deal with the uncertainties and challenges of a COVID world.”

“I think most importantly, post-COVID, we need to see that there are now more options to the way we live our lives. It’s still very much a pressure cooker now, but once it’s over, perhaps people will become more aware that instead of having to go out, they now have the option of staying in and catching the opera online. It’s not a substitute, but it does offer the opportunity for those who might not have gone out otherwise,” says Keng Sen. “Naturally, people are quite tired of the digital at this point – it’s a lot like not having seen natural sunlight after being in a room lit by fluorescent light for too long, because digital is the only way we can produce still. I’m glad that people are opening up more to having live meetings and rehearsals, even with the regulations in place, there’s more opening up that’s happening now. The question then is, how do we improve live performance in the post-pandemic era? It really is an opportunity to rethink the way we live life and decide what we want after the pandemic, and the importance of strategising what the new normal is going to be rather than reverting back to how it was.”

OzAsia Talks run from 20th October to 3rd November 2020, and can be viewed on their Facebook  and on the OzAsia Festival website, where the full program of events is also available.