The first edition of TheatreWorks’ N.O.W. programme kicked off on 10th July at 72-13, the home of Theatreworks. Headed by Noorlinah Mohamed, N.O.W. 2019 is set to be the first part of a three year interdisciplinary project focused entirely on spotlighting women creators, thinkers and change-makers, not just in the arts, but across all Singapore industries.

Nowhere was this dedication to showcasing women of all backgrounds when it came to opening the panel discussion. Taking on the theme of sponsorship and support, the panel was chaired and moderated by Noorlinah, and featured speakers Chong Ning Qian, a Senior Research Executive at AWARE, former Nominated Member of Parliament and activist Eunice Olsen and Nasyitah Tan, co-founder of The LOOMs Workshops, a social enterprise specialising in bespoke artisanal products. 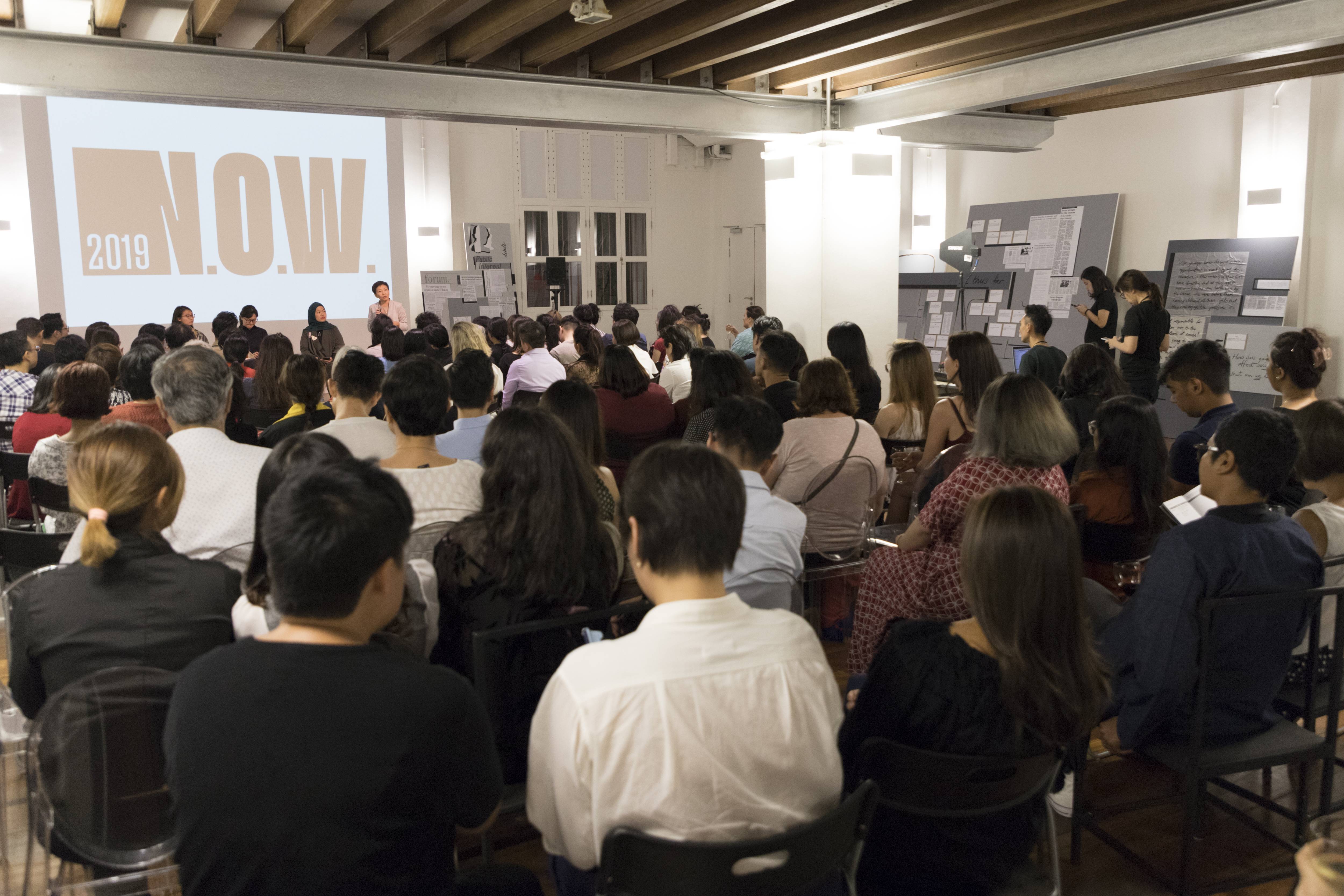 Each of the featured panellists shared their own view of how we as a society could further equalise the playing field between genders, featuring everything from personal accounts of women they had met, to commentary on the Bechdel Test (and fandom over Captain Marvel). Sponsorship, in this case, referred not only to the idea of monetary and financial support, but even in the form of mentorship, coaching, and other means in which women (and men) could lift women up, and move women’s rights forward. During the Q&A, a lively discussion was raised with a number of challenging questions fielded, from issues of intersectionality to lack of representation of certain women in society, from the impoverished to even the educated middle class, calling to mind criticisms of ‘white feminism’, one which N.O.W. certainly seeks to dispel. 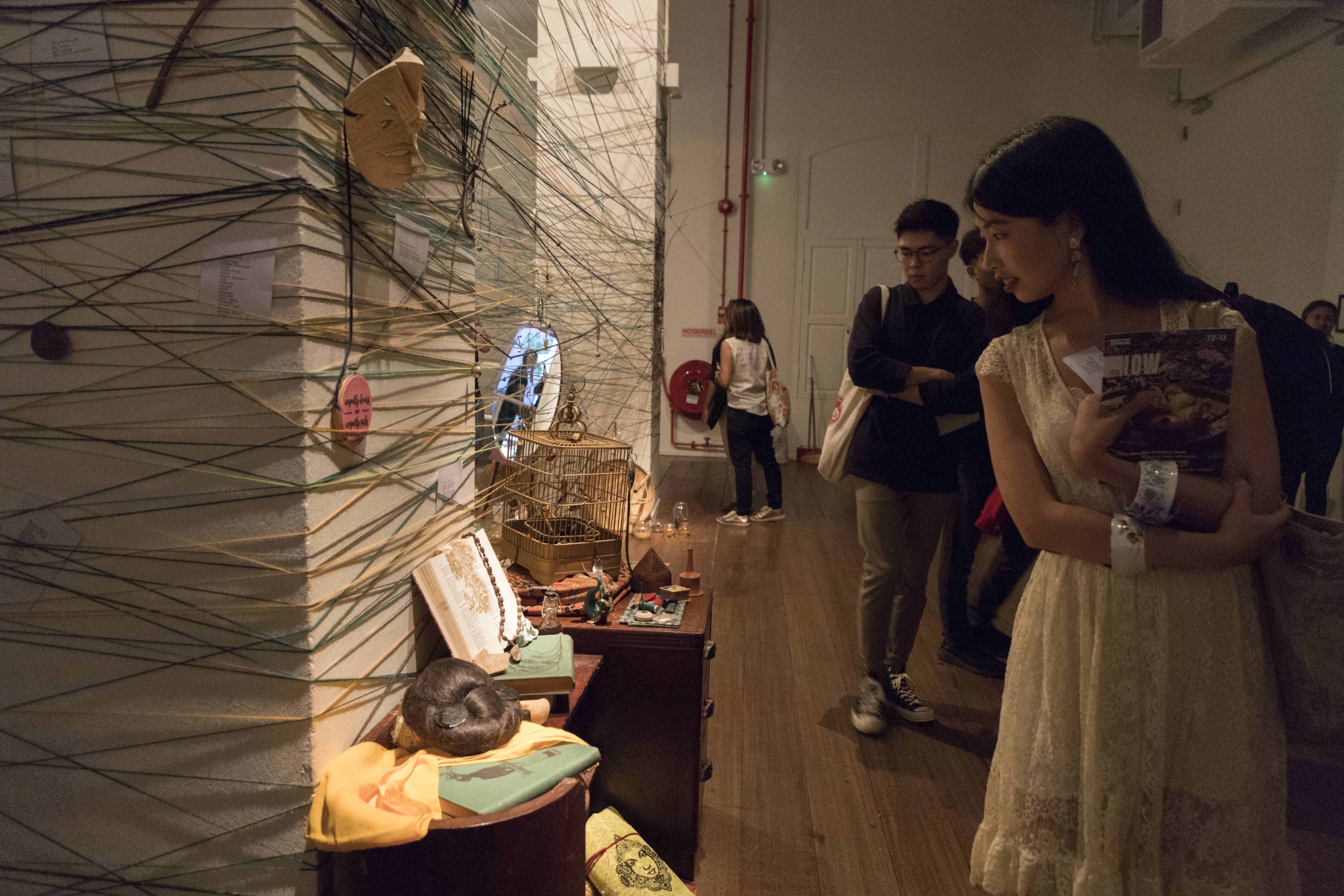 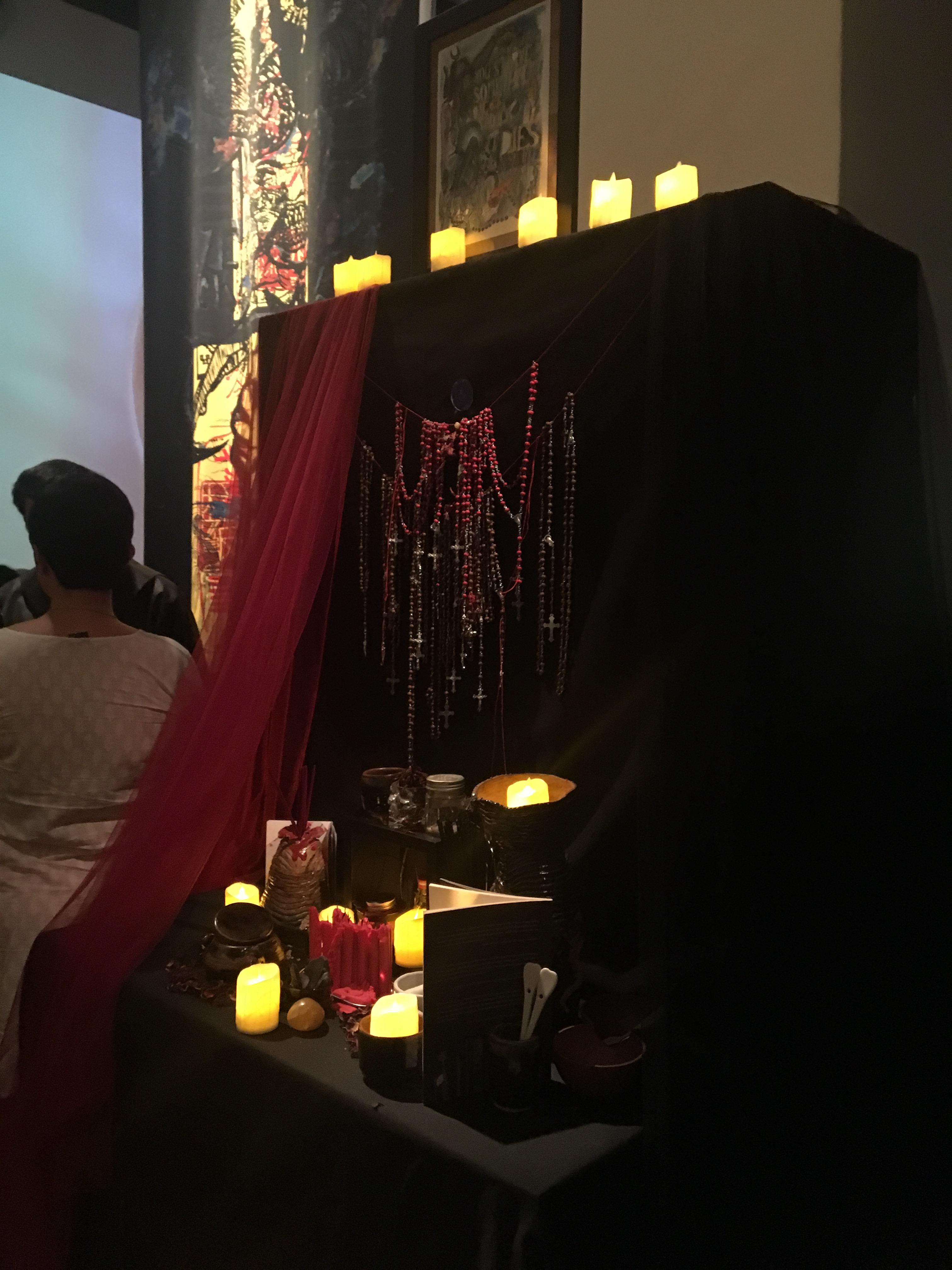 The former was conceived as a mixed media sculptural and performative installation, as Apotropaic Texts highlights the uses of protective magic and its practical uses, whilst reviewing (mis)representations of the witch and the nenek kebayan. Each contributing various segments to the exhibition, featured artworks include video work charting each artist’s individual rituals, charms and paraphernalia for spells, or even an entire altar holding items such as Marylyn’s poetry collection Gaze Back and an overtly vaginal clay vessel for incense sticks. Power of Letters on the other hand, located on the second floor of 72-13, traces the evolution of letters written by women advocates since 1985, inviting visitors to confront and engage with the issues that have come up over all this time and reflect on the impact they have, or not, in changing attitudes towards women in our society. 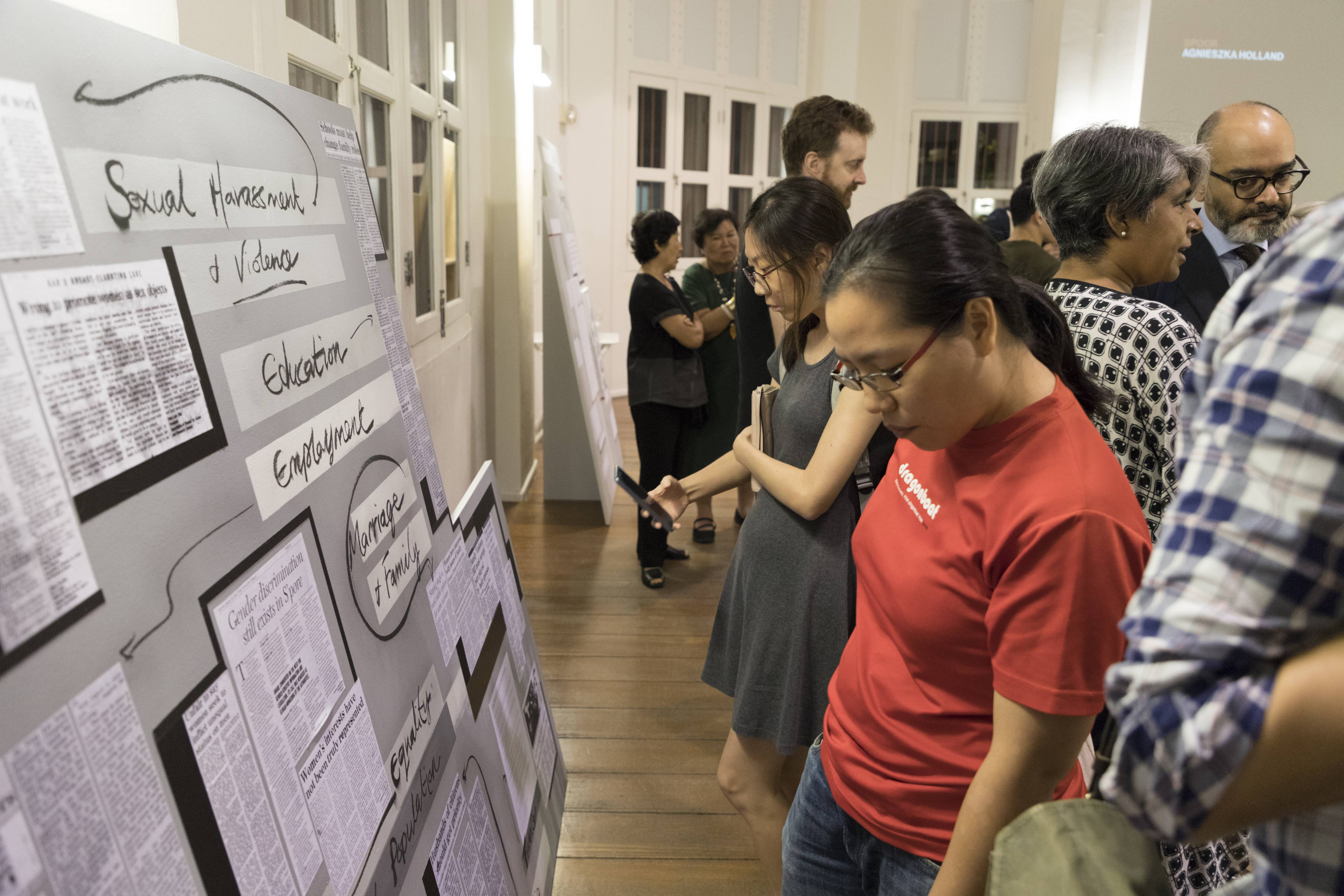 Other programmes still to come include the results of an ongoing comedy workshop by local stand-up Sharul Channa, a mini film festival and various talks and workshops over the remainder of the three week programme. Concluding the panel, Noorlinah shares: “I believe that we must engage with these issues – each one of us here is part of society, and have to take ownership of what we do and say – and engage in – which is why it is imperative that the women’s voice is not ignored.” 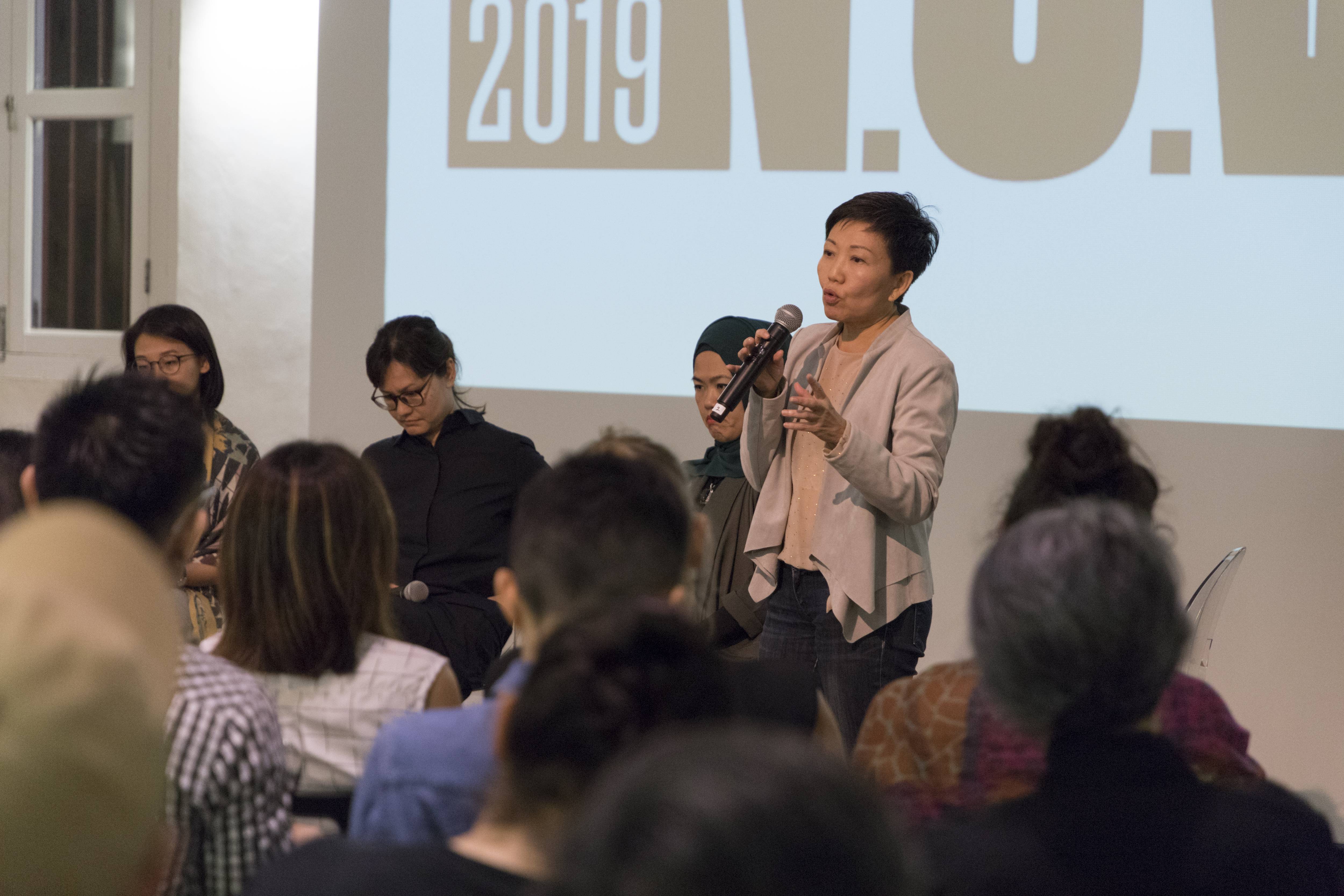 As the first edition of a brand new project, it is still uncertain what kind of impact or where N.O.W. will go from here, besides continuing to develop over the next two years. But one thing is for certain, and that is N.O.W.’s rallying cry for all women, regardless of background, position or history, to unite and speak out for each other and claim their place in the world and future still to come.