The difficulties of conversation about race are blown wide open in this exemplary digital theatre performance.

2020 has been one heck of a year so far. Not only have we faced (and continue to face) a global pandemic that has disrupted everything we know, but also experienced the power of social media movements, as we watched #BLM explode around the world, forcing us all to confront our own prejudices, privileges and conceptions of race. With the massive changes we’re bearing witness to in the present, what could the future and ‘new normal’ possibly look like? 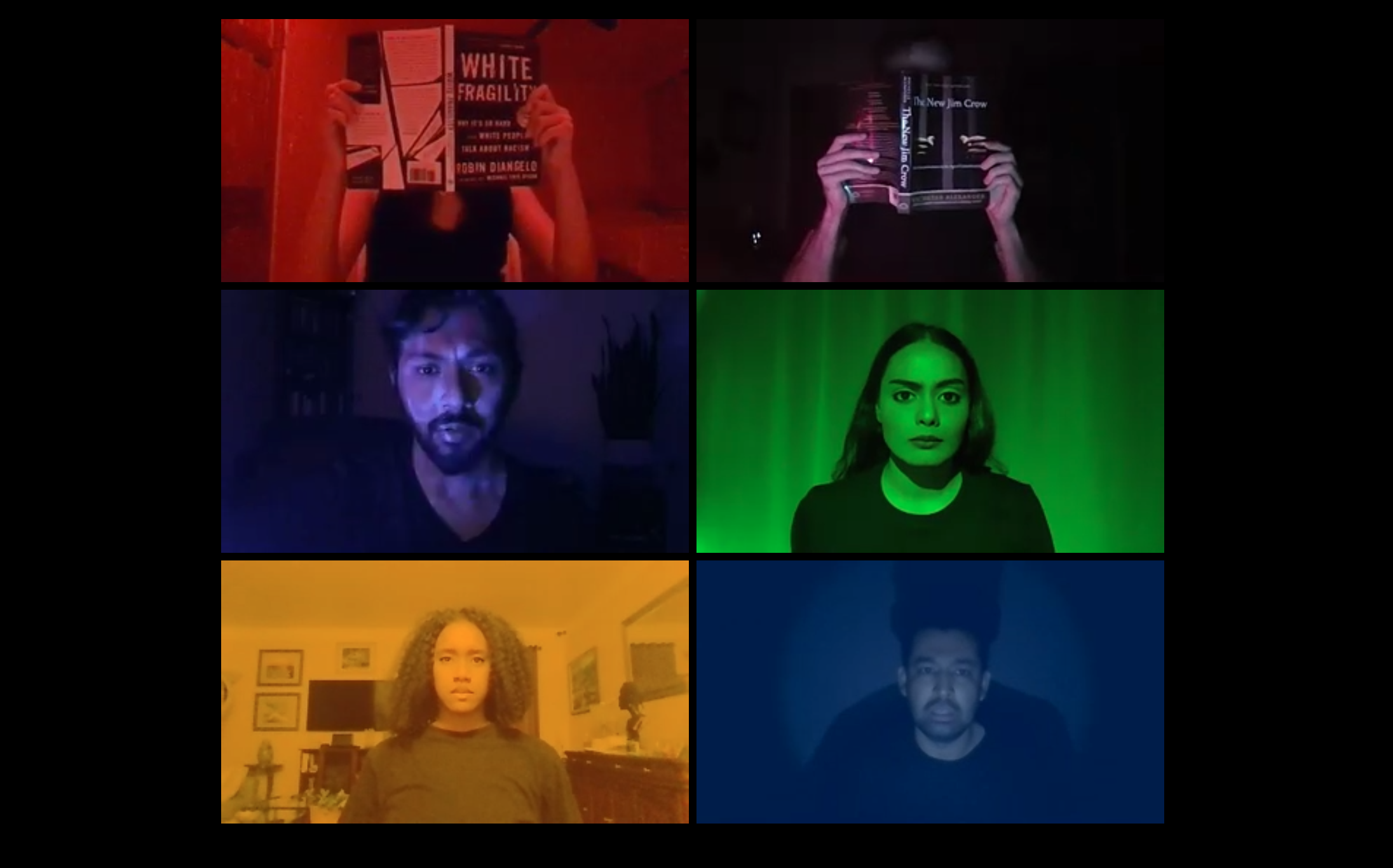 Playing as part of New Ohio Theatre’s digital Ice Factory 2020, Who’s There? by The Transit Ensemble brings together a diverse group of international artists online, as they try to compile and make sense of all the layers and complications that conversations about race entail. Co-directed by Alvin Tan (of The Necessary Stage) and Sim Yan Ying (YY, a Singaporean based in New York), Who’s There? isn’t just international in its cast, but also in the range of issues it raises, with six characters from Singapore, Malaysia and the USA grappling with their own confrontations of race. 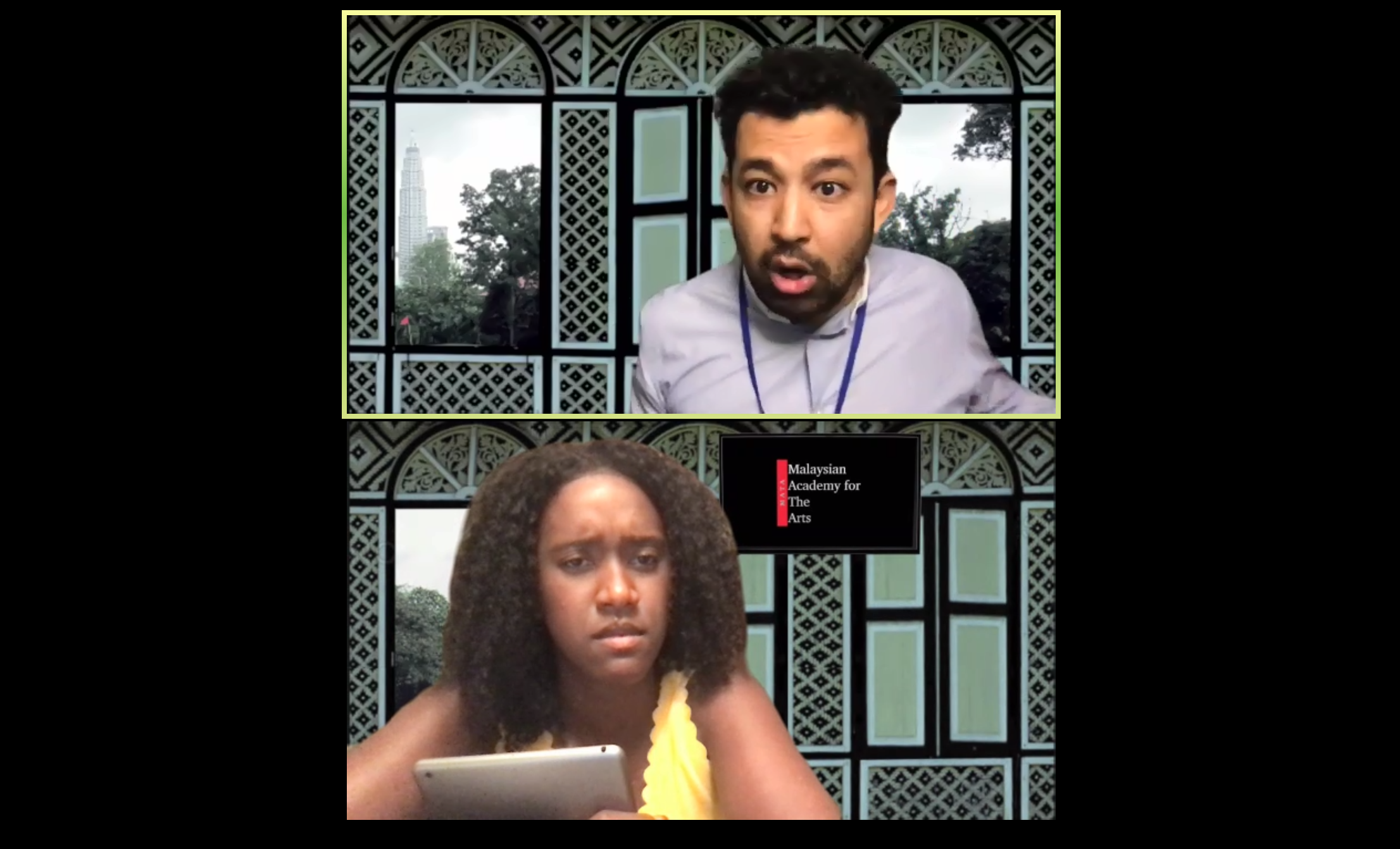 These six characters are Black American influencer Iyla (Camille Thomas), who accuses Amir (Ghafir Akbar), a Malaysian bureaucrat, of condoning blackface after she witnesses it in a school musical. Her friend Sharmila (Rebekah Sangeetha Dorai) is a Singapore-Indian teacher, who raises a social media feud when she calls out America-based, Singaporean-Chinese activist Yue Ting (YT, played by YY) for conveniently ignoring the Singaporean race problems and not acknowledging her privilege as a Chinese woman back home. YT is experiencing problems while dating Adam (Neil Redfield), a White lecturer who has his own hangups to deal with. And YouTuber/podcast host Jordan (Sean Devare) finds surprising links to Malaysia upon taking a DNA test, and invites Amir to come onto his show. 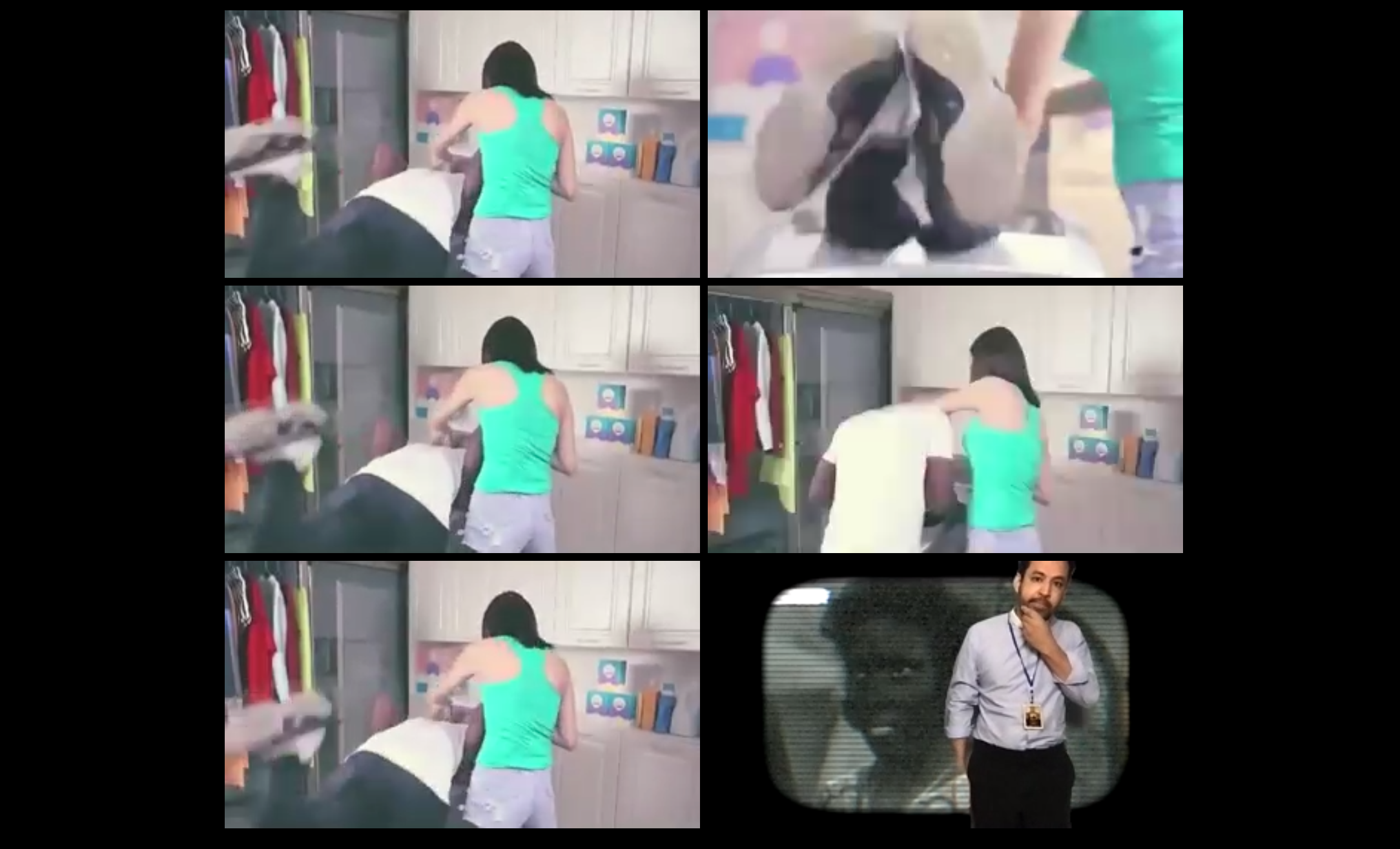 One of the clearest aims of Who’s There? is to raise awareness and educate viewers. Even if you know nothing about USA, Malaysia or Singapore’s history with race relations, the Transit Ensemble has kindly included a crash course to these countries in its programme booklet. Conversely, during the show itself, a similar crash course is actually presented early on. Only this time, the words are sped up to become almost unintelligible, emphasising how we often gloss over historical instances of racism. Later on, we also see a supercut of appropriation and negative portrayals of minorities in popular media, from film to music, shedding light on how much racism isn’t just historical, but still constantly depicted and widely accepted in increasingly subtle ways. 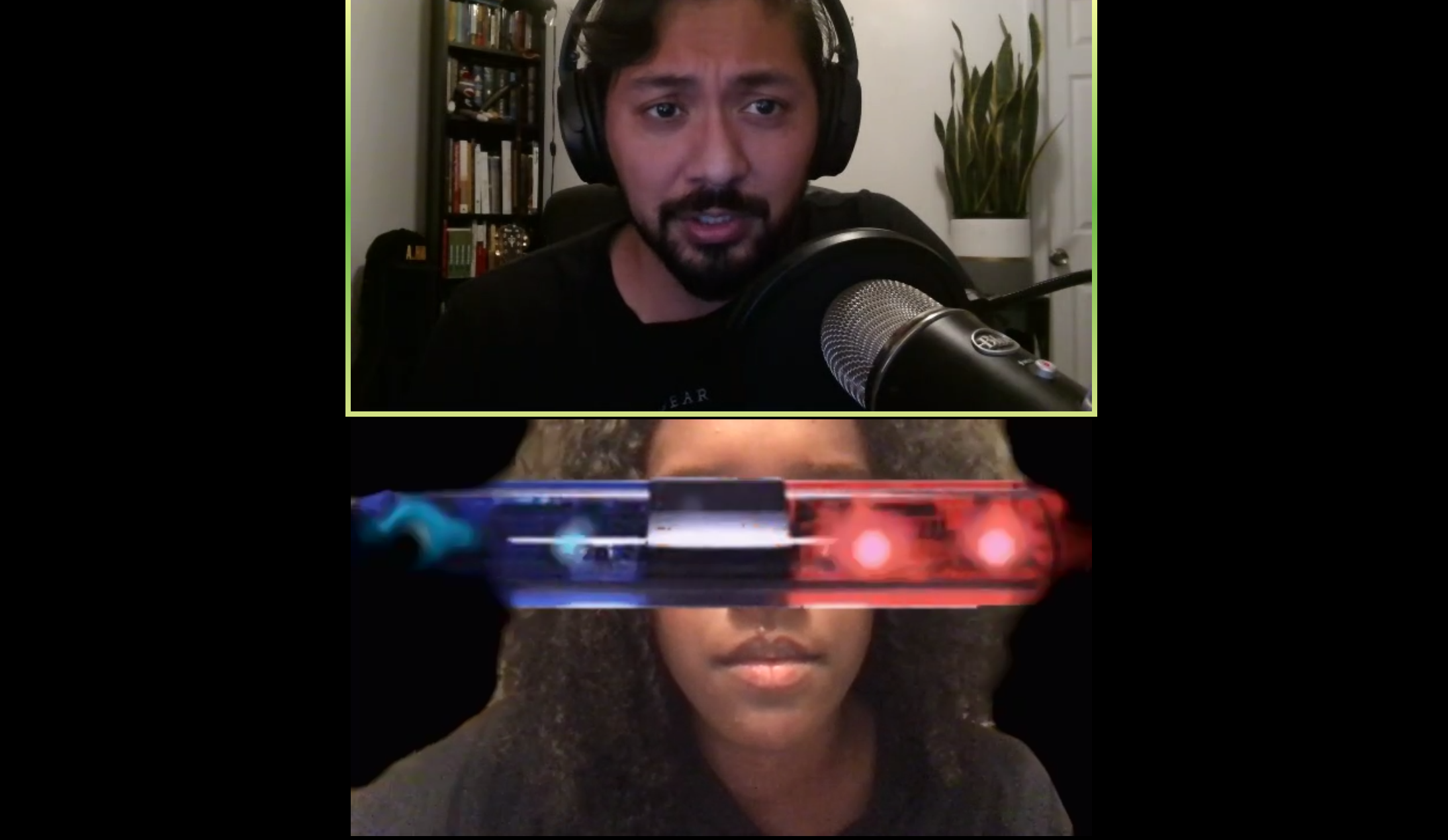 This message that racism is in us, regardless of how we perceive ourselves, is something that becomes clearer and clearer as the show goes on. At the very beginning of Who’s There?, we are posed with a question: ‘how often are you racist?’ By the end of it, those that answered ‘never’ are likely to realise how’s more likely their answer is at least ‘sometimes’. As much as the characters in Who’s There? believe themselves to be saints and models, they constantly reveal little slips and flaws in their daily lives, and are forced into admitting their own shortcomings and imperfections. 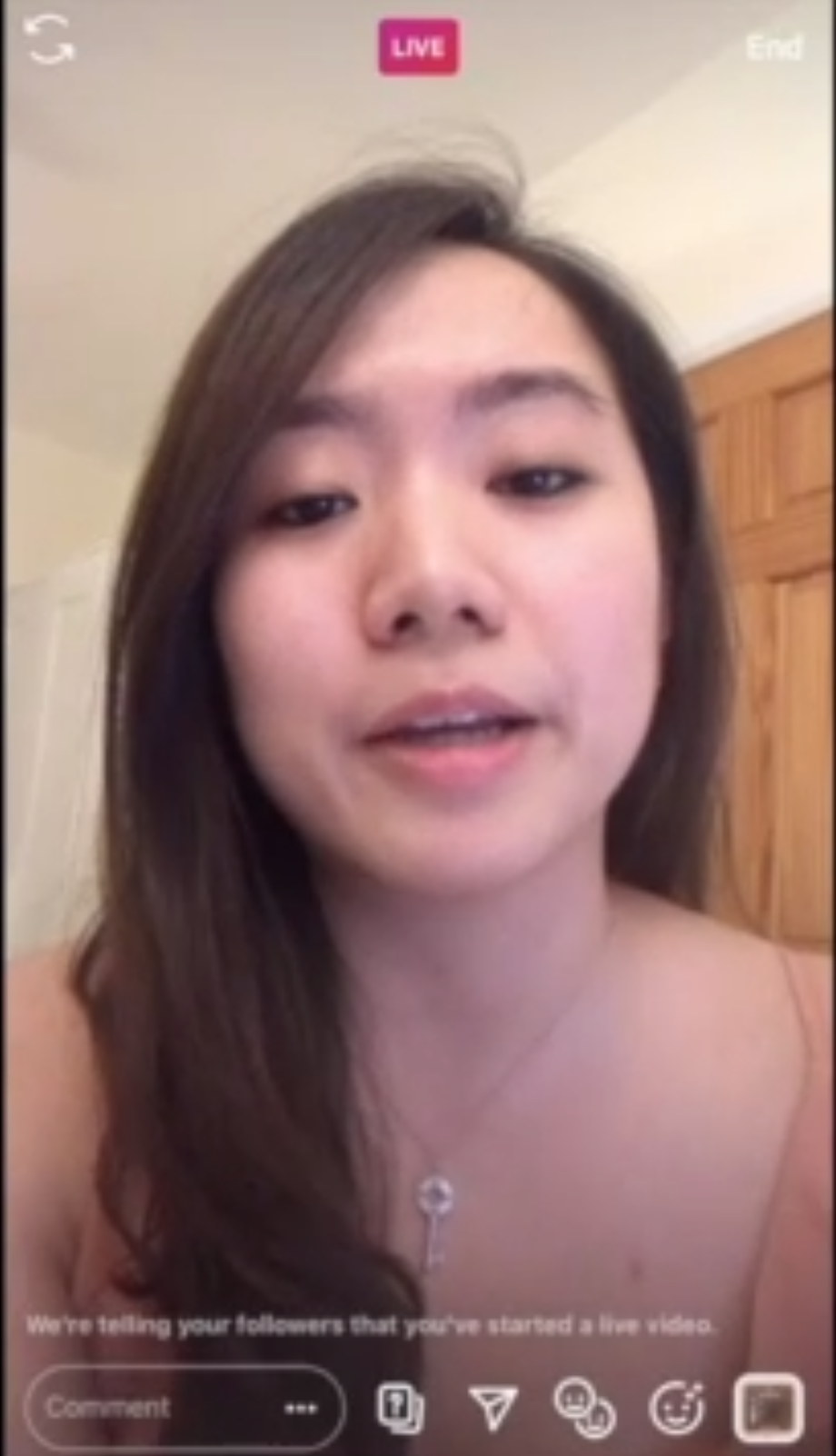 Even the most fervent of activists aren’t spared from their own biases; Iyla’s accusation is influenced by her American-ness; Amir refuses to voice his opinions fear of losing his job; Adam subconsciously ‘steals’ a queer Black man’s art. Even Sharmila gives up on trying to educate her own mother on her racist behaviours, and makes excuses for them. In her own words: ‘being an activist is like playing chess blindfolded with a noose around your neck’ – it’s a dangerous game where the odds are stacked against you. 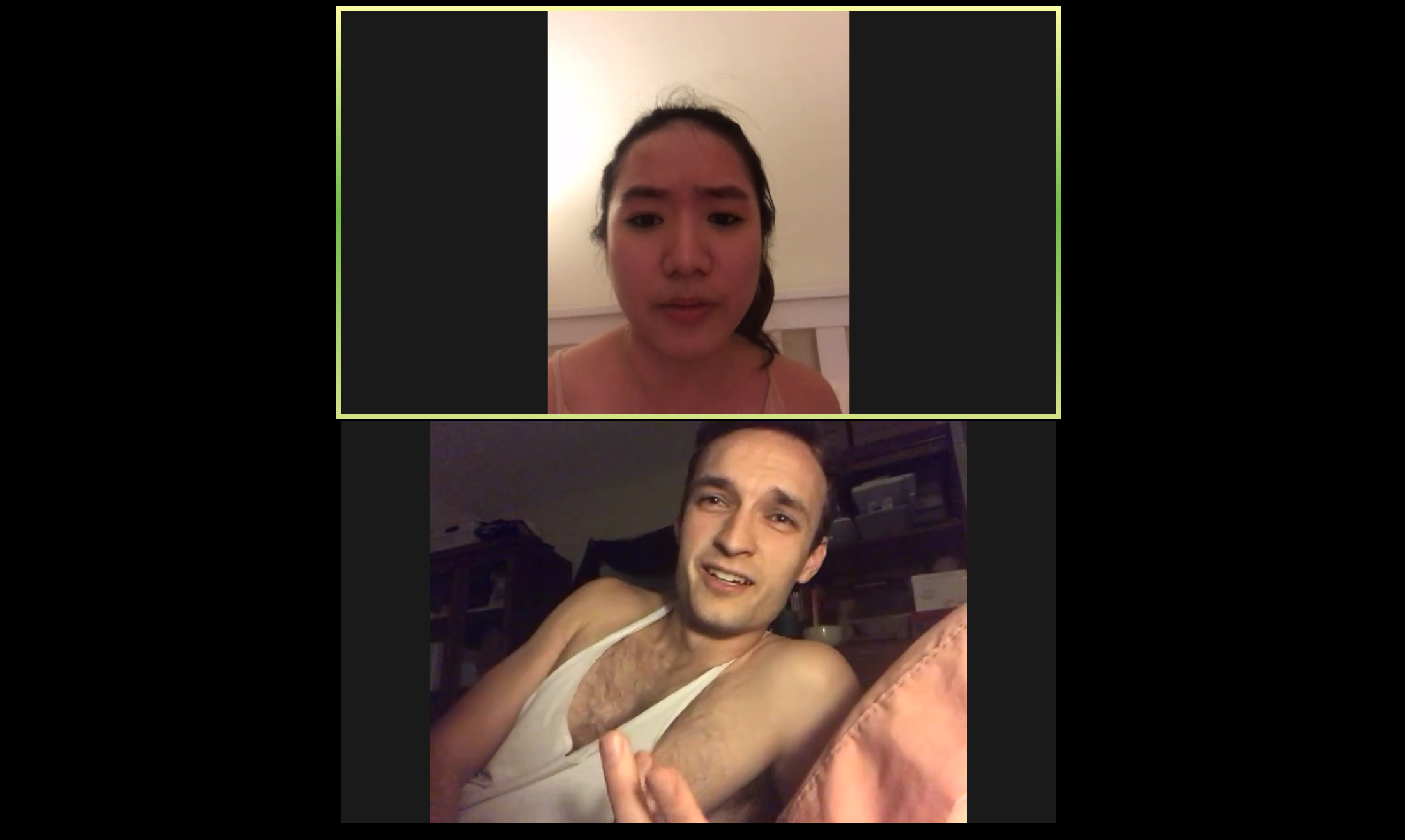 These fundamental biases towards policing one’s own behaviour and others are complemented with moments of wry humour, such as Sharmila playing on her surname ‘Thodak’, revealing the deep-seated character traits we hold that prevent us from being fully un-racist. There is so much to unpack from Who’s There?, which manages to elegantly fit in just about every major issue about race we’ve encountered over the last year. From skin lightening product ‘Fair and Lovely’ changing their name, to even a mention of politician Raeesah Khan and her ‘racist’ tweets, our eyes are opened to how it’s completely possible to see everything through a racial lens, and how exhausting it is for minorities to have to constantly deal with that. 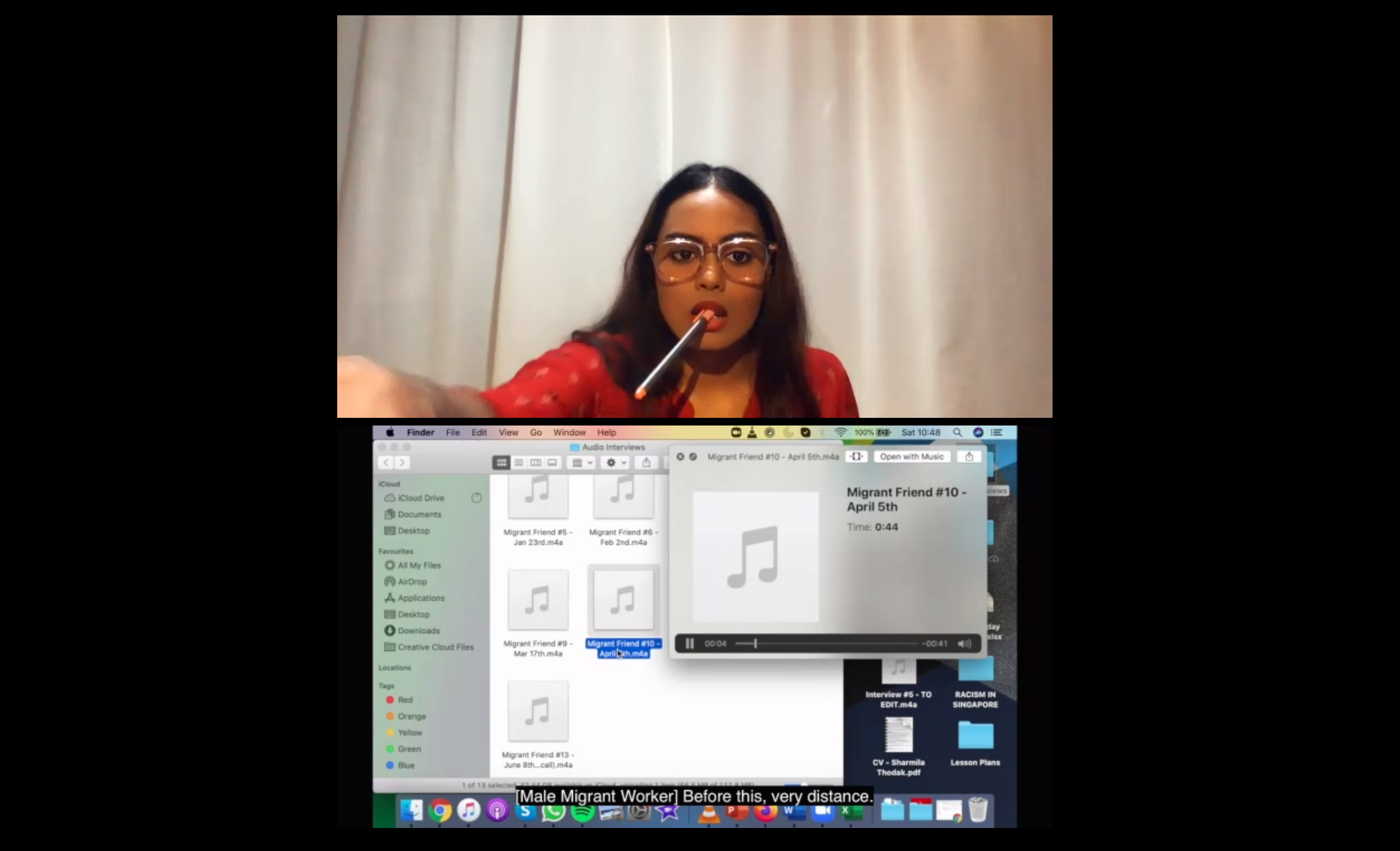 In spite of the physical distance the digital medium is precluded on, Who’s There? succeeds at forging a sense of intimacy with its audience members by virtue of its attention to technology and form, and using them to add weight to its already urgent and timely themes. Who’s There? is aware enough of its form and the possibilities it affords to play with the medium, often contextualising the scenes to fit the digitalisation of the show. Considering how so much of the conversation on race has been enhanced and sped up by the rise of social media, it seems only right that the show features scenes such as an Instagram Live rant, a YouTube reaction video, screen sharing, and even the use of filters and backgrounds, integrated as commentary on how we’re constantly making conscious decisions on how we’re presenting ourselves in the public eye. Throughout the show, we’re also kept engaged with survey questions that allow us to reflect on our own situations and perceptions of race and racism. 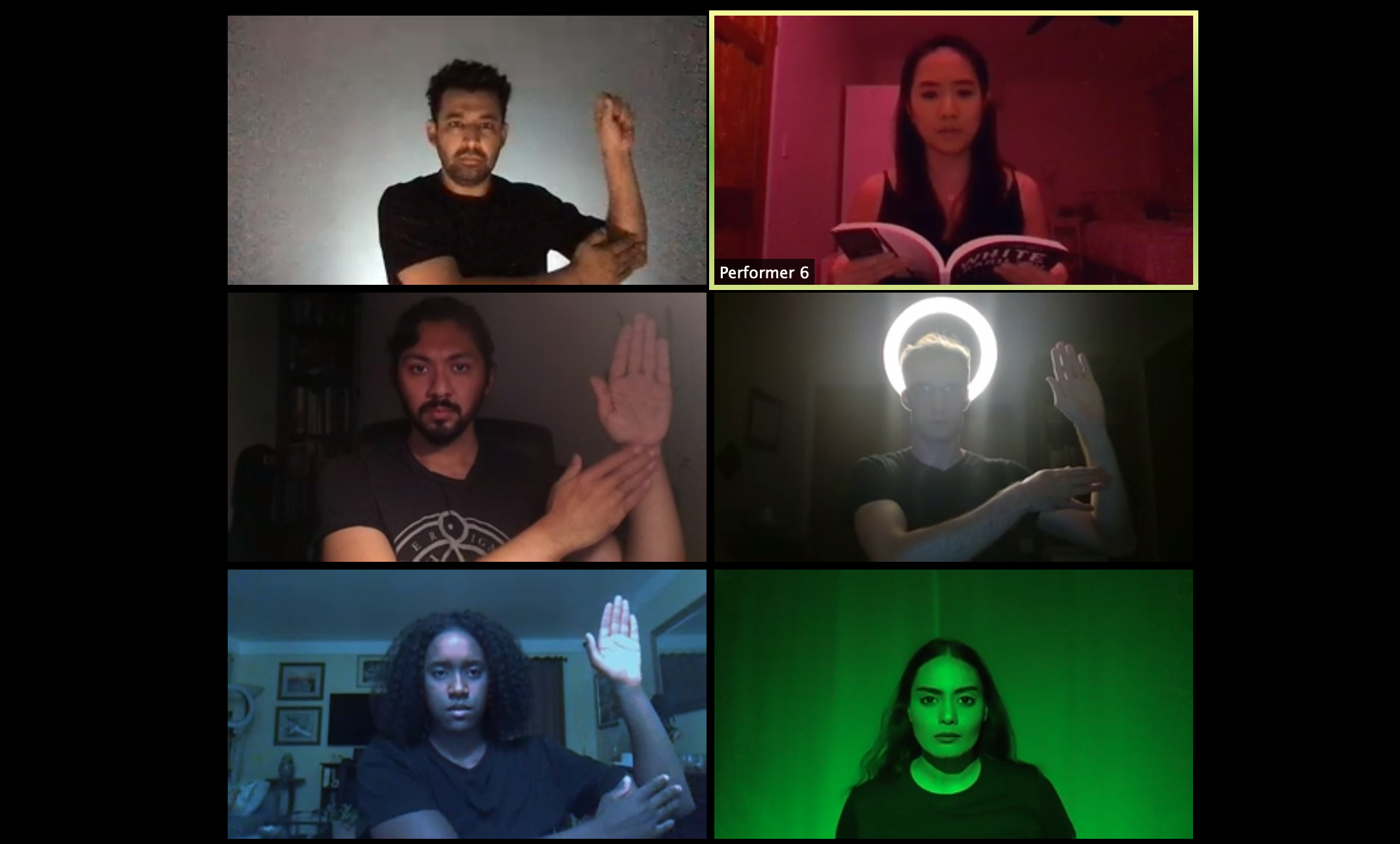 Who’s There? never reaches a narrative conclusion for any of these characters, rather, opts to keep their endings open ended instead. However, towards the end, the actors break character, and instead re-enact a discussion they had during rehearsals as they analysed a video of a White woman losing it in front of a Black man. The responses from the actors are varied, from immediately leaping to labelling her an overreacting ‘Karen’, to considering and wondering if there is any room for her defence at all, and the effects and implications of using this act of public shaming and cancelling as a form of justice. 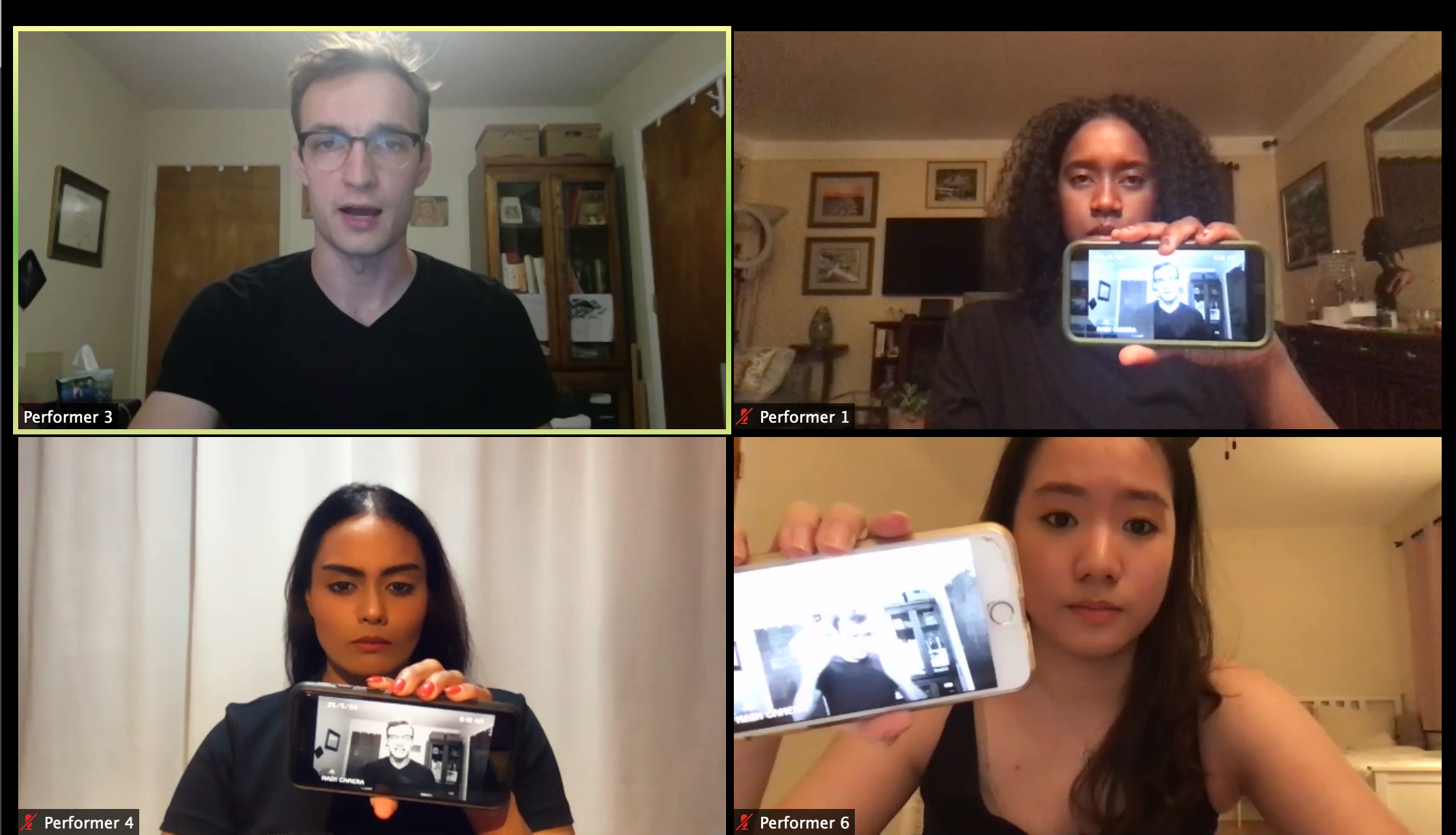 But that scene gains greater significance when one of the actors decides to leave the conversation, with the remaining actors feeling her absence more than her presence. In applying that to society, we realise that in our efforts to have our voices made louder and more heard over others, we forget to make room for those who are experiencing racism each and every day of their lives, and how exhausting it is to constantly be the ones expected to do the educating. Do we have to experience a loss before we begin talking seriously about combating racism? The answer is ambiguous, but we are left certain that race has never and will never be an easy topic to broach, and takes immense energy to tackle and so much willpower to open up and listen to others. 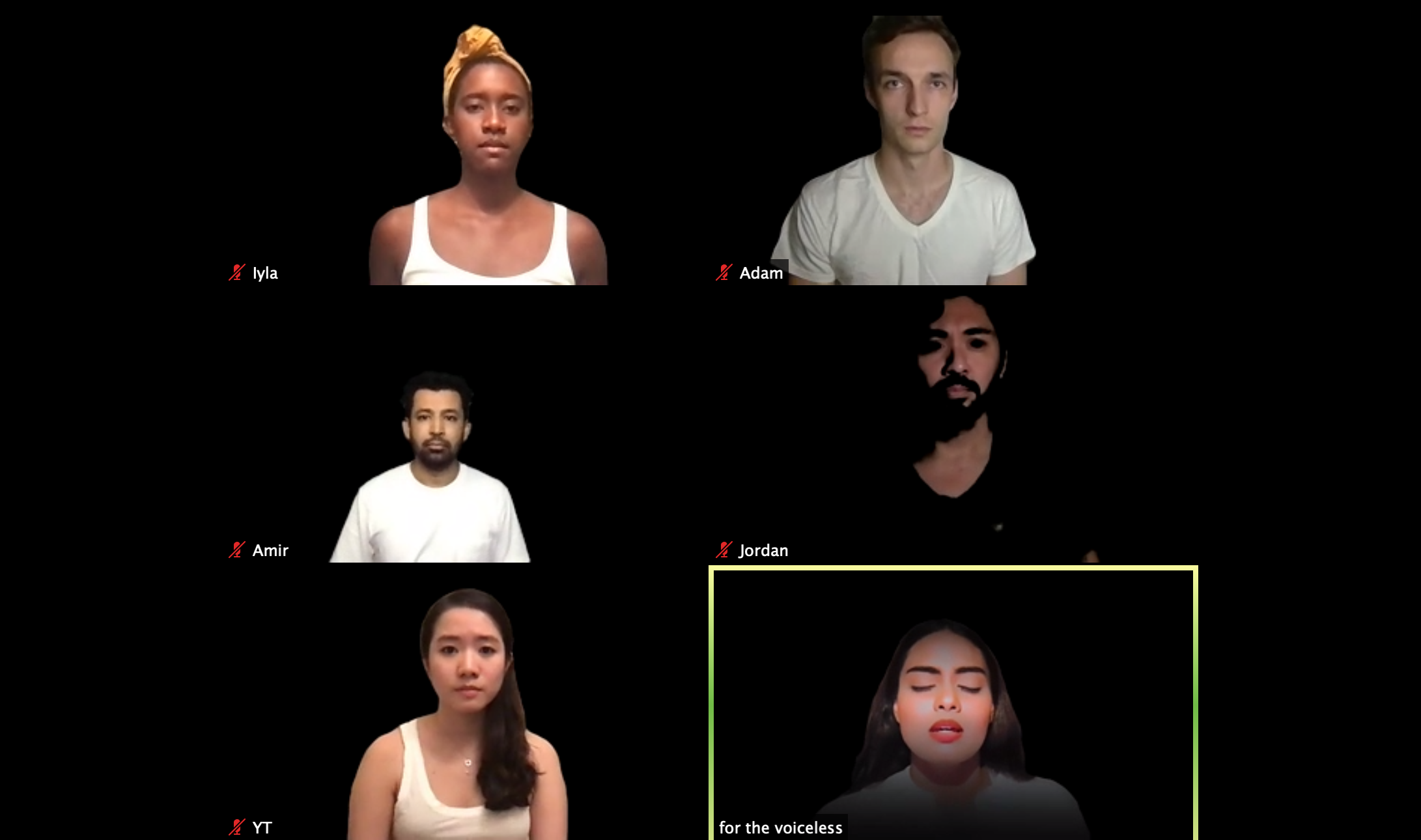 With Who’s There?, The Transit Ensemble has set a new standard for digital theatrical productions, not only effectively utilising the suite of options available to the medium, but also using them to amplify its core message of how tricky it is to talk about race. Considering this was put together in a little over two months, with the team working tirelessly around the clock and across timelines, this is a feat few companies can claim to have matched during this stage of the pandemic, and well worth watching for its provocative nature and uncomfortable truths it seeks to force us into confronting. To take a line from Charlie Lim’s song ‘Room at the Table‘: the future is uncertain, and everything must change.

Who’s There? plays on Zoom from 4th to 8th August 2020. For more information, visit the website here

6 comments on “Review: Who’s There? by The Transit Ensemble”