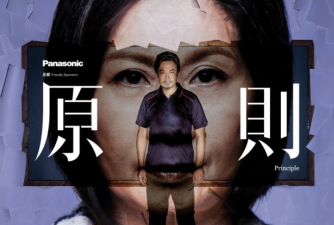 HONG KONG – Originally slated to be presented at the end of September, the Hong Kong Repertory Theatre’s restaging of their acclaimed production Principle will now instead be taking place in October, supported by Panasonic.

Soon after she starts her job, a new principal establishes a host of new rules, upsetting both staff and students. Gossip swirls that the new principal and vice principal are at loggerheads, poisoning the school’s atmosphere. An accident leads to the popular vice principal’s transfer, angering the student body, who demands an official explanation. A place that nurtures the next generation is now plagued by intrigue. Exams are looming, yet a student movement is about to unleash on the community. How should the principal, vice principal, teachers, school board, student council and students handle the crisis? How can they search for a truth that will be accepted by others?

Principle was first staged as part of HKRep’s Reader’s Theatre in 2016, and presented in their Black Box Theatre stage the following year. By 2018, the play was produced at the Hong Kong City Hall Theatre, and then travelled to Singapore for the Esplanade’s 2020 Huayi Festival, to sold-out audiences.

In the time since it was first staged, the script has been retooled and refined, with powerful dialogue and plotlines generating tremendous resonance, inspiring the audience to delve deeper into the issues. Nominated for the 2017 Hong Kong Theatre Libre for Best Script, Principle was selected as an “Excellent Production” at the 2018 Hong Kong Drama Awards, and Ko Hon Man (as the vice principal) won the 2019 Shanghai One Drama Awards as Best Actor, and continues to garner acclaim with each staging.

0 comments on “Arts of Hong Kong 2020: HKRep shifts restaging of Principle to October”