SIFA 2018: Housepour – A Manhattan Themed Lounge At The Heart of the Festival

As the 2018 Singapore International Festival of the Arts goes into full swing, each night, audiences fill the festival grounds as they attend the various events across each packed venue. […]

Fantastic tales from the Norse, African, Scottish canon and beyond take the spotlight at this year’s StoryFest.  “When I talk to young people today about Norse gods, the only ones […]

Review: The Page on Stage – A Performance of Words from the stories of Baratham, Cheong, Jeyaretnam and Tay

There’s magic in words as Rebekah Sangeetha Dorai and Jun Vinh Teoh bring to life classic characters from beloved stories from the 90s.  There are some books you read as […]

Preview: The Page on Stage – A Performance of Words from the stories of Baratham, Cheong, Jeyaretnam and Tay

Tan Kheng Hua is a busy woman – she’s performing in Pangdemonium’s The Father , while still hard at work on producing a new show at The Arts House’s inaugural Textures literary festival. Directed by […]

The Arts House is staying true to its name more than ever, and diving deep into the world of the literary arts with the inaugural edition of Textures, an all new […]

Sam Lo has long moved past her moniker of the ‘Sticker Lady’. The contemporary artist has been working incredibly hard over the last few years and gained recognition beyond her […] 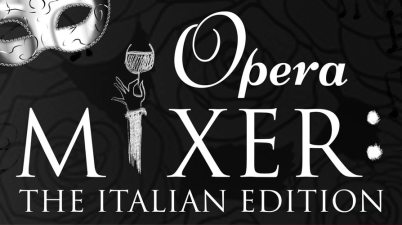 Think opera is a little too high class for you? Never fear, OperaViva is here to change that perception with the second edition of OperaMIXER, after a sold out debut […]

In its traditional stand-up comedy routine form, the closing debate of the Singapore Writers Festival had audiences falling off their chairs laughing through the 90 minute show. Ironically, this only […] 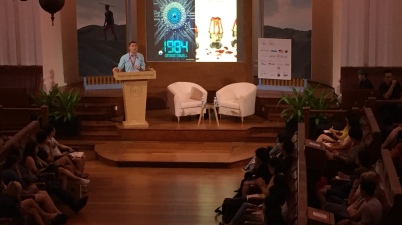 When Fiction Becomes Fact: Sci-fi and the Fate of Humanity by Ken Liu (Singapore Writers Festival 2017)

If science fiction is almost always wrong, why read it in the first place? That is a position that author Ken Liu often finds himself defending to the sci-fi skeptics. […]