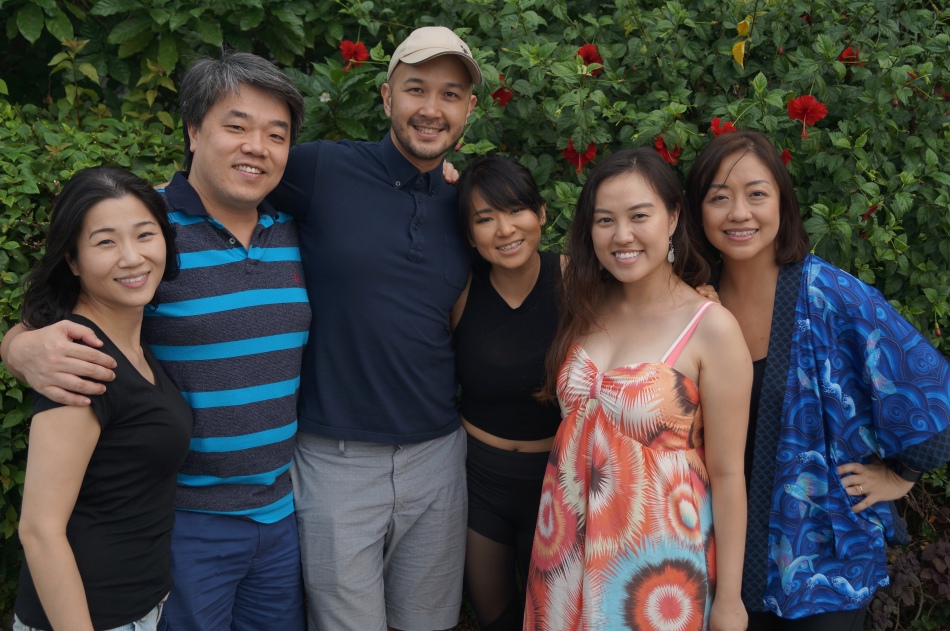 Stepping into their rehearsal space at UWCSEA, we watch the members of L’arietta’s upcoming production of Purgatory already in the midst of a jovial conversation, easily cracking jokes with each other while chatting animatedly. It’s the very image of a happy family, and we were taken with how in sync the entire group felt at first sight.

Founded in mid-2015 by soprano Akiko Otao and tenor Reuben Lai (who will also be starring in Purgatory), the small chamber opera group has fast been making a name for themselves in the local opera scene, with a total of four productions to date, and undoubtedly, with a unique slant to their work that makes them stand out from the crowd – multidisciplinary operatic chamber works in English.

Said Akiko: “We wanted L’arietta to be a platform for local artists to work together, whether they were musicians, playwright, librettists or portrait artist. Having both sung in international houses, both Reuben and I have seen the potential in collaborations. The arts scene is already such a niche market, so why not come together and create something new and wonderful instead of competing?”

Said Reuben: “Part of our inspiration was that we noticed a trend that following the 2008 financial crisis, there was a lot less money to go around. Funding was drying up, and it was spurring people to go in a new direction – I had friends in New York doing things like loft opera, where they performed scaled down works in the room of someone’s flat. In selecting our works, we try to pick lesser known pieces, and for a gem like Purgatory, we dug through the Esplanade library to find it. It’s a difficult work, but we wanted the challenge, and keep pushing ourselves to scale greater heights and get out of our comfort zones.” 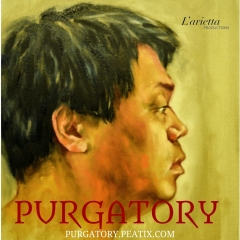 In their upcoming production of Purgatory, an operatic adaptation of the haunting Yeats drama of the same name, L’arietta will be giving the Irish tale a local twist. Instead of being set in an Irish mansion, the setting has instead been shifted to that of a Peranakan household instead, and as an old man and his son return to the house on the anniversary of his mother’s wedding night, and appropriately for this Halloween season, are haunted by vengeful spirits within the spooky mansion. Expect thrills and spills and plenty of creepy sarong kebayas on set when you come down and watch this intimate and spooky piece. 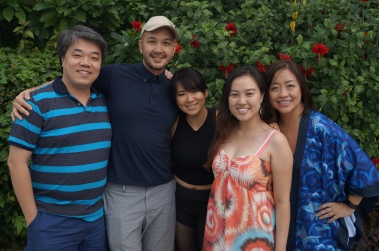 Playing the lead roles of the Old Man and Son respectively are Reuben Lai and Peter Ong, supported by a cast of female spirits consisting of Ethel Yap, Ava Madon, Melissa Gan, Venytha Yoshiantini, Patricia Ginting, and Inch Chua. As is typical of a L’arietta production, the team will be employing much more than just opera, mixing it up with other mediums such as live painting and poetry, presenting a niche yet artistically exciting piece for audiences to experience. Said Akiko: “I like to think of it like how a horror film is never scary with the sound off; it’s the combination of suspense, music and visuals that all come together to make it what it is. Opera is the ultimate combination of music and atmosphere, giving rise to very strong emotions, so why not ask an award winning portrait artist, an indie musician, a contemporary dancer, a traditional dancer and other artists to come together to work on this piece?”

It’s not just the artistic directors who’re excited about the project. Said cast member Peter Ong: “Nowadays, the opera genre is being reinvented all around the world. Being played in an intimate venue, and singing in English, I feel like I have the ability to generate new layers to my delivery, and can focus on my emotions instead of continually thinking about the translation in my head (as compared to an Italian opera), and audience members won’t have their eyes glued to the surtitles. A lot of moments in this piece are lived directly because of the language; there’s a lot of raw emotion flying about from the horror, and we have to learn how to ride those emotions instead of feeling apprehensive about the difficult score, which is very recitative. There’s no three storey set to hide behind here, and we have to embody the character from start to end and bring it out in full force.”

On the casting process, director Eleanor Tan said: “I remember the first callback, and I was so sure of these six people we picked. It was do or die because we only called these guys, and when returned, we were so relieved and excited that they worked so well together! Each of them come from various background, and it’s very interesting to see what each of them brings to the table. In my directing process, we’ve created a sort of ‘playground’, and collectively, they’ve really come up with some brilliant work. At the latest rehearsal last night, things were really starting to come together, and I was so impressed with the work that I was practically texting my entire family in caps!”

“Everyone’s heart has been in the right place. If I were to use one word to describe this upcoming production, I’d say ‘rojak’ – everyone is a little mixed up, but somehow, it all comes together very well.”

Indie darling Inch Chua has dabbled in the local theatre scene over the past year, but surprisingly, this isn’t her first foray into opera. Said Inch: “I actually used to do Chinese opera as a child, because of my father’s background, though this is the first time I’ll be involved in a Western opera. Over the past year, I’ve been pushing myself to get out of my comfort zone, which is why I’ve been consciously getting into theatre. Big scale productions haven’t really tickled my fancy though, but here, I feel like I can push myself and genuinely contribute something of value to the project.”

For theatre regular Ethel Yap, this will be the second time in a month she’ll be returning to perform at The Theatre Practice Black Box, after having recently launched her debut EP there as well. Said Ethel: “I came on board because I liked how works done in smaller spaces had a kind of intimacy that lets it connect to audiences in very personal ways. In larger spaces, there’s all this pressure to mount a spectacle and really project, but when people watching are right in front of you, you can play with more textures and nuances that can all be felt in the smaller room.”

“It’s been great working with L’arietta; under El, we’ve really come together as a strong ensemble, devising work and taking part in her ‘playground’, while even though I come from a musical theatre background, Akiko has been honing my knowledge and technique as well, expanding my range by teaching us about the differences in styles and inflections used in opera.”

Said Akiko: “Nowadays we spend way too much time staring blankly at a screen, and hardly do we ever physically, aurally feel something. What we hope to achieve with Purgatory and L’arietta as a whole is to create experiences, and to collectively help audience members rediscover what it means to be human.”

With such a talented and capable team working on Purgatory, there’s really no reason not to grab yourself a ticket and check out this truly unique operatic experience this Halloween. L’arietta is clear with what they want to achieve with this production, and one can only expect an electrifying, haunting show with a unforgettable imagery, high production value, and of course, a surge of real emotion in this short but powerful piece.

To find out more about L’arietta, visit their website here

0 comments on “Spirited Away: Meeting the Team Behind L’arietta’s Purgatory”