In a little over a week, Pangdemonium returns with their second production of the year, following the incredible production of The Father in March. This time, they’ll be restaging their multiple Life! Theatre Award Winning original production Dragonflies by Stephanie Street. First staged at the 2017 Singapore International Festival of the Arts, Dragonflies follows the story of Singaporean man Leslie, as he finds himself forcefully evicted from his adopted home in the UK due to a series of unfortunate events. Returning to Singapore with his teenage daughter to live with his sister and mother, Leslie must find it within him to once again rediscover this place he left years ago, as he and the world wrestle with the increasingly stormy state of both weather and politics.

In the leadup to the production, we spoke to Adrian Pang, who will be reprising his role of Leslie, along with new cast members Elizabeth Morse and Jamil Schulze. We found out a little more about the significance of Dragonflies to them, their preparation for the roles, and of course, why Dragonflies is a must watch this season. Read the interviews in full below: 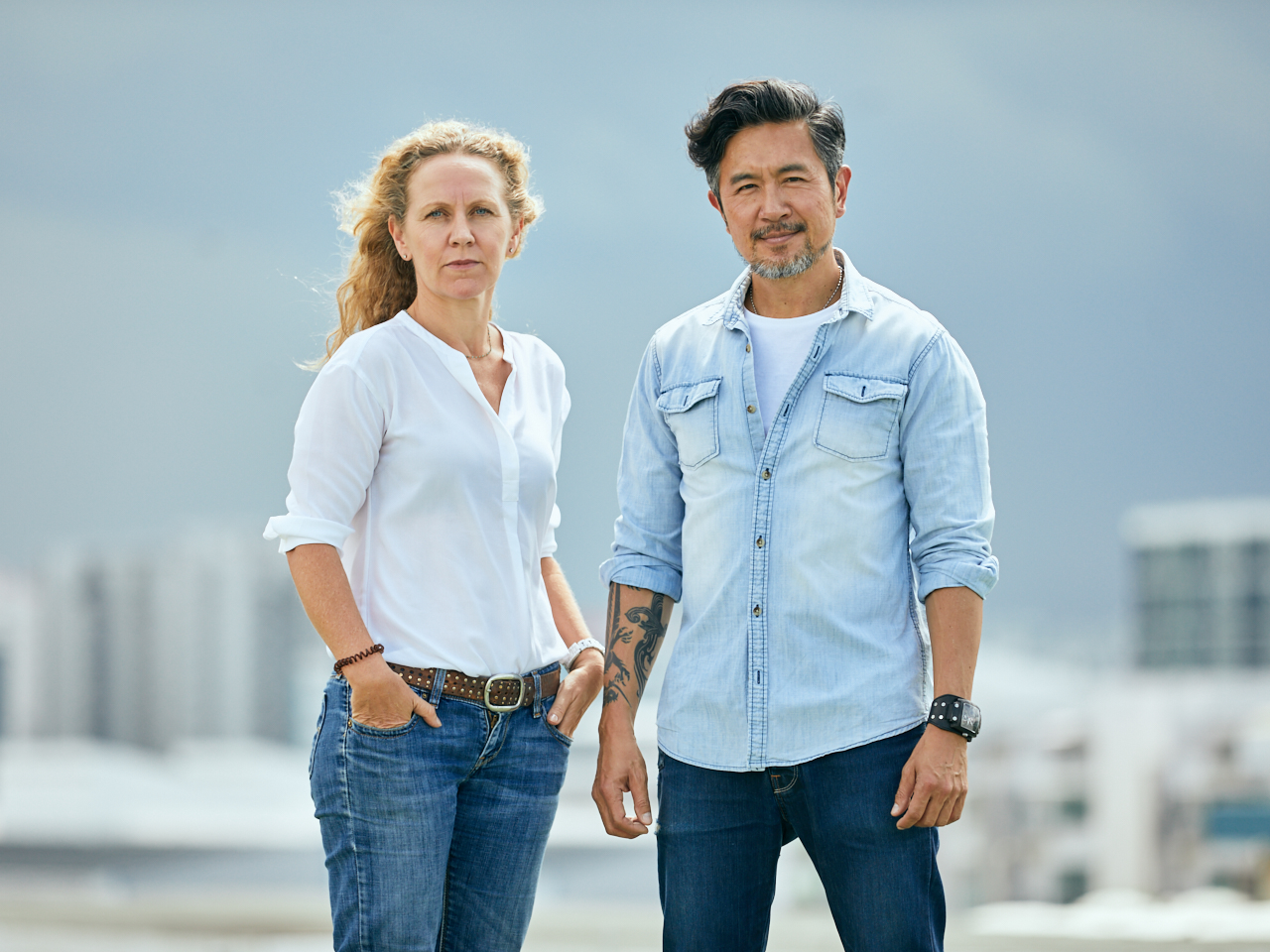 Bakchormeeboy: Why has Pangdemonium decide to restage Dragonflies as part of their main season this year, and why does it matter to Singaporeans?

Adrian: When we began crafting Dragonflies in 2016, the world on already in the throes of upheaval with the global migration/refugee crisis, looming xenophobia and protectionism across the globe, and climate change hitting critical levels. When we staged the play in August 2017, all these issues had escalated even further. And now in mid-2018, the urgency of these topics are more pressing than ever, and Dragonflies makes us face up to them in a dramatic, emotional and intellectual way. It certainly has been an enriching experience for us creating this piece, and we firmly believe that Singapore audiences will have their worldview and their mindsets enriched by coming to see the play. 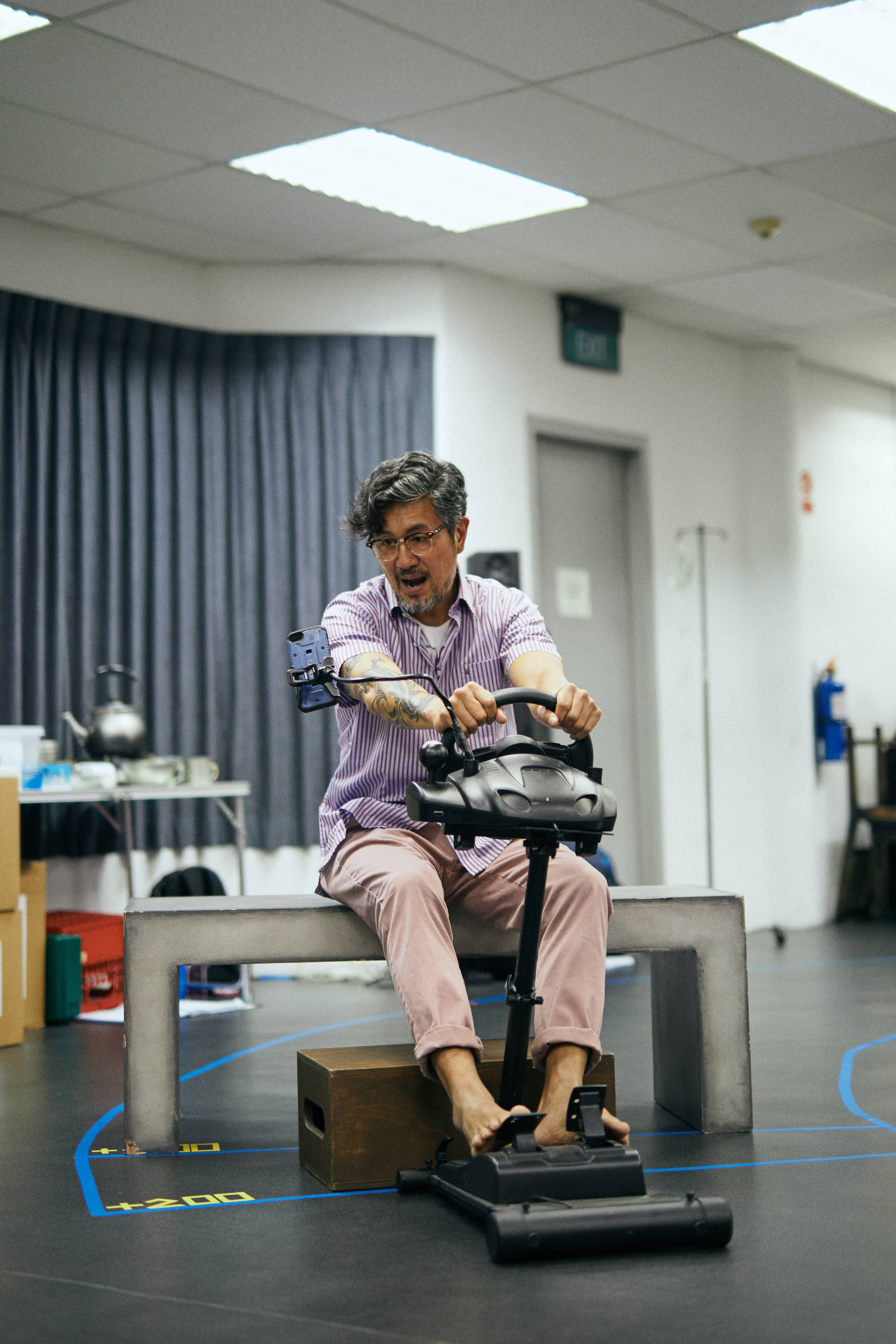 Bakchormeeboy: Besides the cast, have there been any changes to the script/production itself since we last saw it in 2017?

Adrian: We have been very much aware that with the nature of the Dragonflies story, it is going to constantly evolve and update according to word events – that is the beauty of the play and the responsibility of Pangdemonium in telling this story. And in rehearsing this play again, we are all discovering fresh nuances, deeper resonances, and an entirely new dimension in the story. The heart of Dragonflies – a story of hope and home – will remain the same, but this new version will certainly have new elements which are very topical and relevant to us all.

Bakchormeeboy: How important is maintaining a diverse cast for theatre companies, and is there any responsibility as a company towards nurturing and providing opportunities for the next generation of performers?

Adrian: We are always working had to find organic ways to keep things fresh and to keep stretching and challenging ourselves as a theatre company, and in that same spirit we are always wanting to collaborate with a diverse variety of talents, and we especially have a vested passion for nurturing fresh new creative individuals. We are all about providing platforms for emerging talents to play and learn and share and exchange ideas and energies, because that’s how we ourselves grow and evolve, and also because the future is now 🙂 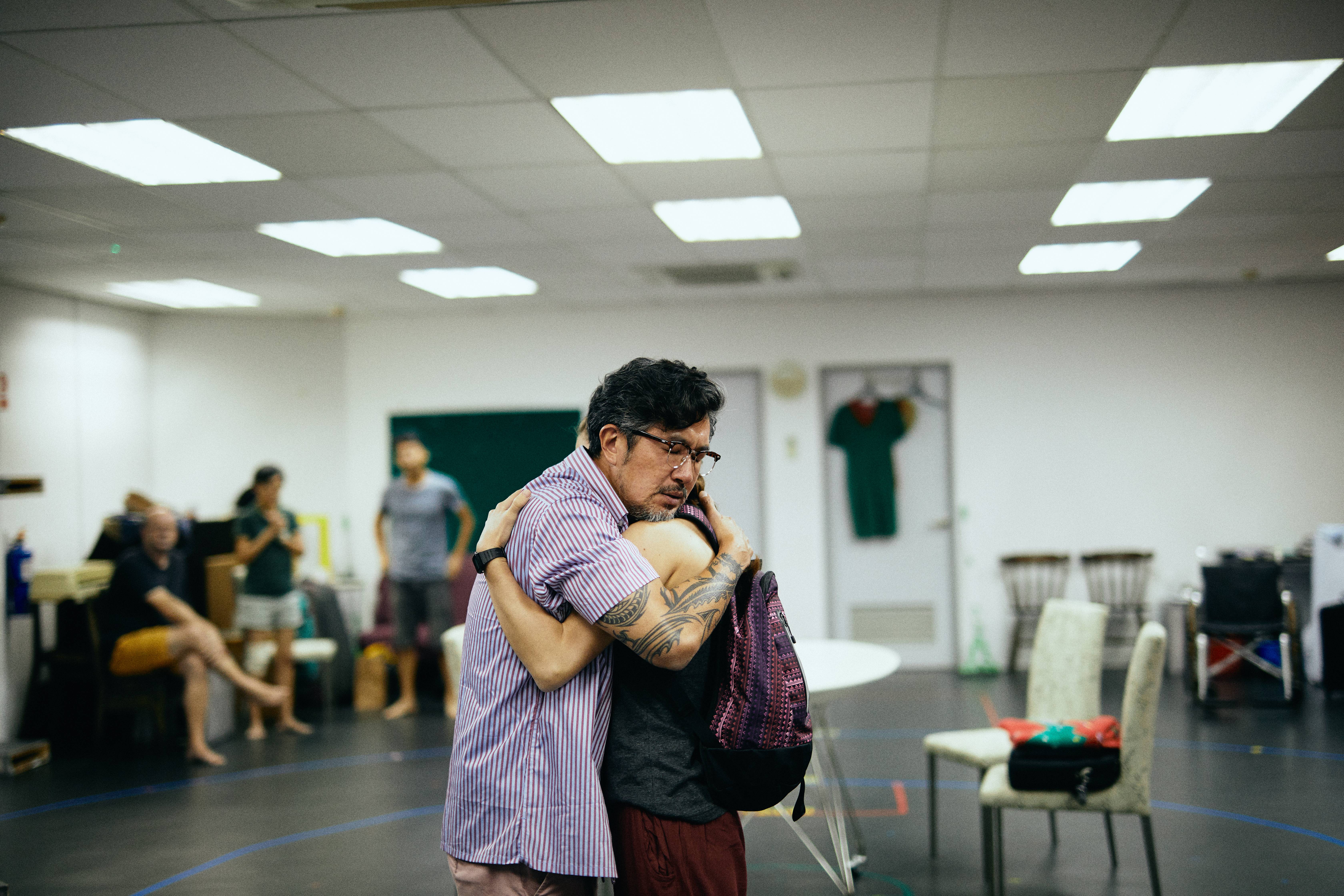 Bakchormeeboy: 2017 was the year Pangdemonium staged not one but two completely original scripts. Moving forward, how often does Pangdemonium plan to keep producing new, original work?

Adrian: We are very excited to be developing this new phase of Pangdemonium’s journey in creating bold new original works, to build on our mission to tell ass-kicking stories on stage, stories that are a reflection of our society and a mirror to the world. We want to keep this momentum going, and we already have a few more exciting things on the boil. Our 2019 Season will see the world premiere of a brave new work we have commissioned, which explores a very urgent topic, and which will kick serious ass. 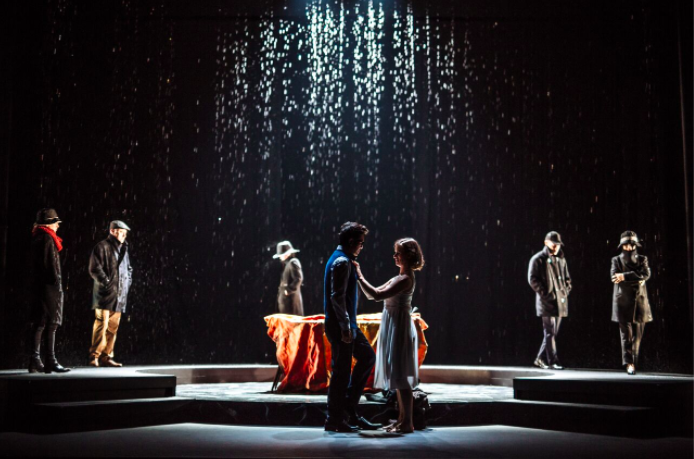 Bakchormeeboy: Is the world truly headed towards an apocalypse as Dragonflies seems to be suggesting, or might we avoid that and skip straight to the hope we see in its final scenes?

Adrian: The pessimist’s view is that we as a species will never learn from our mistakes. But, being cautiously optimistic, we all can learn from mistakes of our past so that we can have a try to carve out a better future for ourselves. A whole catalogue of disasters big and small are waiting to happen in the world – and some are already happening – so we have to do what we can to avert them. As a father the most important thing in my life is to try to learn from my own mistakes and hopefully find a way to pass on these lessons to my two sons. But human nature is such that very often we just have to make those mistakes ourselves. What a beautifully messed species we are. 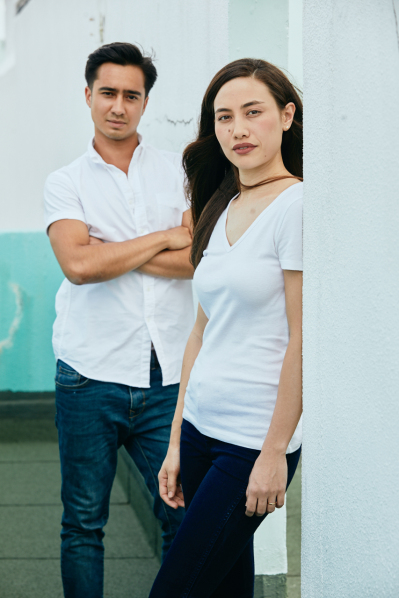 Bakchormeeboy: You’re taking on the role of Maxine Wilson, which was previously played by Selma Alkaff. What are you bringing to this role and how are you making it your own?

Elizabeth: I was able to catch a showing of Pangdemonium’s production of Dragonflies last year at SIFA (Singapore International Festival of Arts), and briefly met Selma Alkaff for the first time after the show to congratulate her on a job well done. Selma very kindly took the time to chat with me, and I am excited to see all the places this talented young actress will go! “Jia you”, Selma!

I think I am on my way to making this role my own. Maybe this example might help explain my personal process. It’s challenging to take on an iconic role like Blanche DuBois from A Streetcar Named Desire, especially when that role will always be associated with Vivien Leigh. You may begin rehearsals making the same or similar choices as Vivien Leigh because that would be your main reference for the role. However, as you settle into the lines, the blocking and your character’s chemistry with the other actors, your own unique set of choices will shine through, because you have to follow your own truth of the moments. In the same way, I believe I too am taking that same journey with Maxine, forming and forging my own choices and my own truths, eventually bringing to the stage a unique take on Maxine.

Bakchormeeboy: How has this production challenged you, and how have you improved as an actor as a result?

Elizabeth: Maxine’s role has given me the chance to be a teenager again! Except this time round, I get to be British, feisty, and in many ways, more strong-willed, independent and mature than I was at her age. I think a challenge I will always face is simply to listen and answer, going from one honest moment to the next. It’s incredibly exhilarating when you’ve reached the place in rehearsals where the externals are second nature (lines, blocking, props, etc.), and now all you’ve got to do is to relax, play, listen, answer, go moment to moment, and let the magic and life of those honest moments find you.

Bakchormeeboy: This is the first time you’re working with Pangdemonium. How and why did you decide to audition for this role, and might we see you in future Pangdemonium productions again?

Elizabeth: I have enjoyed watching and following Pangdemonium’s work for several years, and I am absolutely thrilled to finally be working with this wonderful team. I have been in touch with Adrian and Tracie since 2014, when I made the move back to Singapore after university.

Having stayed in touch, I heard about the potential role opening for Maxine and was able to catch one of the showings of Dragonflies last year. Pangdemonium extended an invitation to audition for Dragonflies, and it wasn’t long after the audition that I was officially offered the role of Maxine. Should I be right for another role with Pangdemonium, I wouldn’t hesitate for another opportunity to work with this incredible team again. 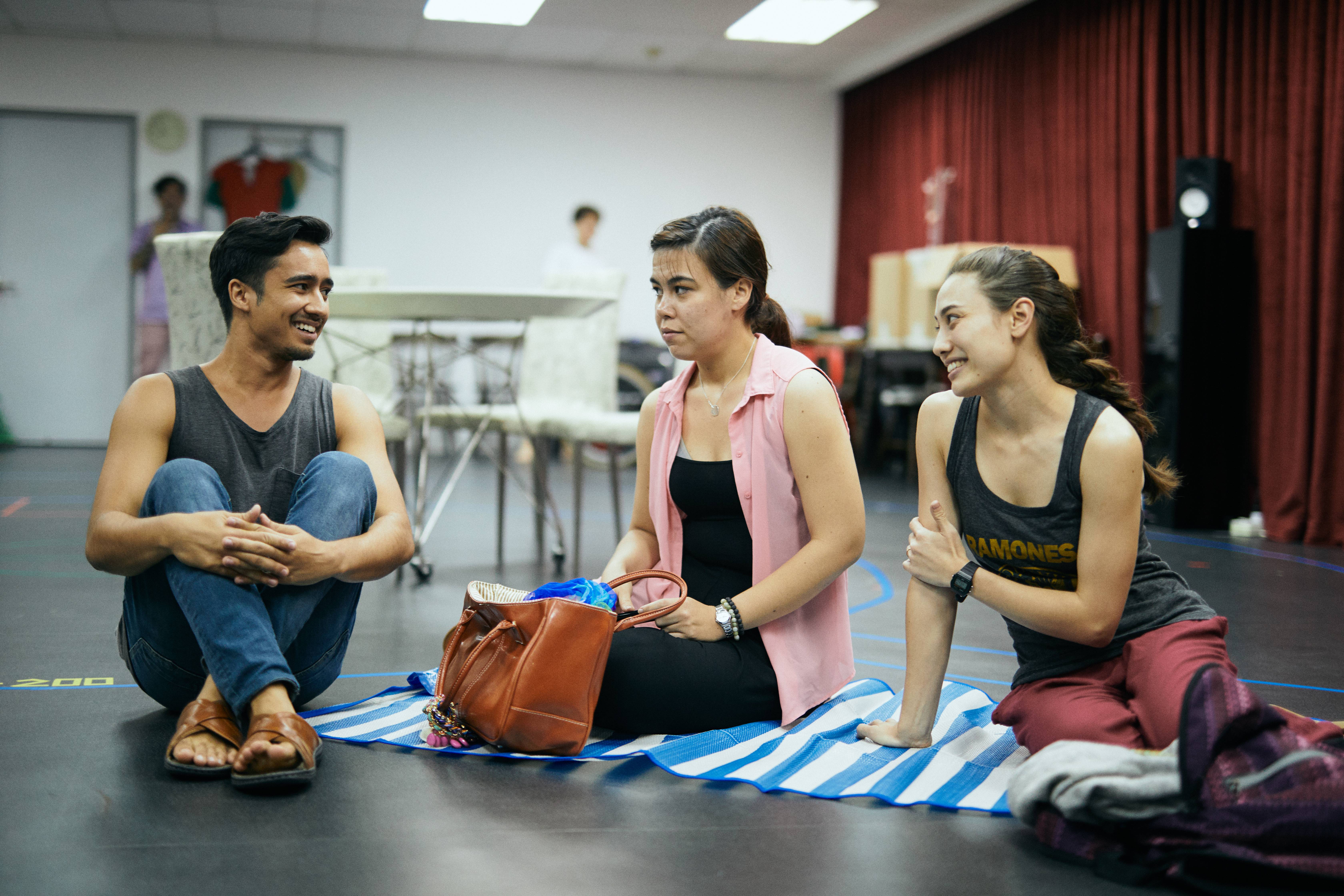 Bakchormeeboy: Leslie and your character, in Dragonflies are displaced outside of their own free will. Do you ever feel a need to escape from Singapore? If you could choose somewhere outside of Singapore to migrate to, where would it be and why?

Elizabeth: I am not sure I’d use the word “escape.” Having moved around a little bit in my childhood, Singapore has always held a special place in my heart as the country where I did most of my “growing up.” But on the flip side, moving around means you leave little bits of your heart everywhere. So when I’m on that plane, getting ready to take off, the word “escape” doesn’t come to mind, instead the words “going back to” (the US, or Thailand, or Hong Kong, etc.) or “adventure” (to new places) better describe my feelings when I leave Singapore.

The easiest answer to the second question is probably the US. My husband and I were both born there, and being near to family is always important. However, the both of us are still young, and should life take us in a different direction, we know and trust that together, we would be able to make the best of it.

Bakchormeeboy: Your role(s) come with their challenges, in particular handling multiple accents. How did you prepare to play these characters, and prevent them from being defined by their distinct accents?

Jamil: Through observation, research, and a whole lot of imagination; devouring any and all kinds of resources from YouTube videos, audio samples, speaking to people, observing strangers in the street, images, articles, newspaper clippings (even tabloids), etc. You never know what you might find until you look. All stereotypes and clichés are born out of some place of truth I think, no matter how distant, so it is about excavating beneath that first layer of understanding to find depth in the stereotype!

Bakchormeeboy: As a recent Lasalle graduate, do you feel there’s enough space and opportunities in Singapore’s theatre scene to accommodate the ever increasing number of (new) professionals entering the scene each year?

Jamil: I feel this is a very multi-layered question and there is much to be said about the growth of the arts scene in Singapore. The short answer is, yes absolutely. With every new professional entering the scene they bring with them a whole tribe of support through their friends, families, and acquaintances. In a field that is so much about connection this sense of community is incredibly important. As the number of professionals in the scene grow so too does the viewership in my opinion; and not just that but the tastes, backgrounds, experiences of theatre-goers diversify and the scene naturally expands and matures to accommodate. 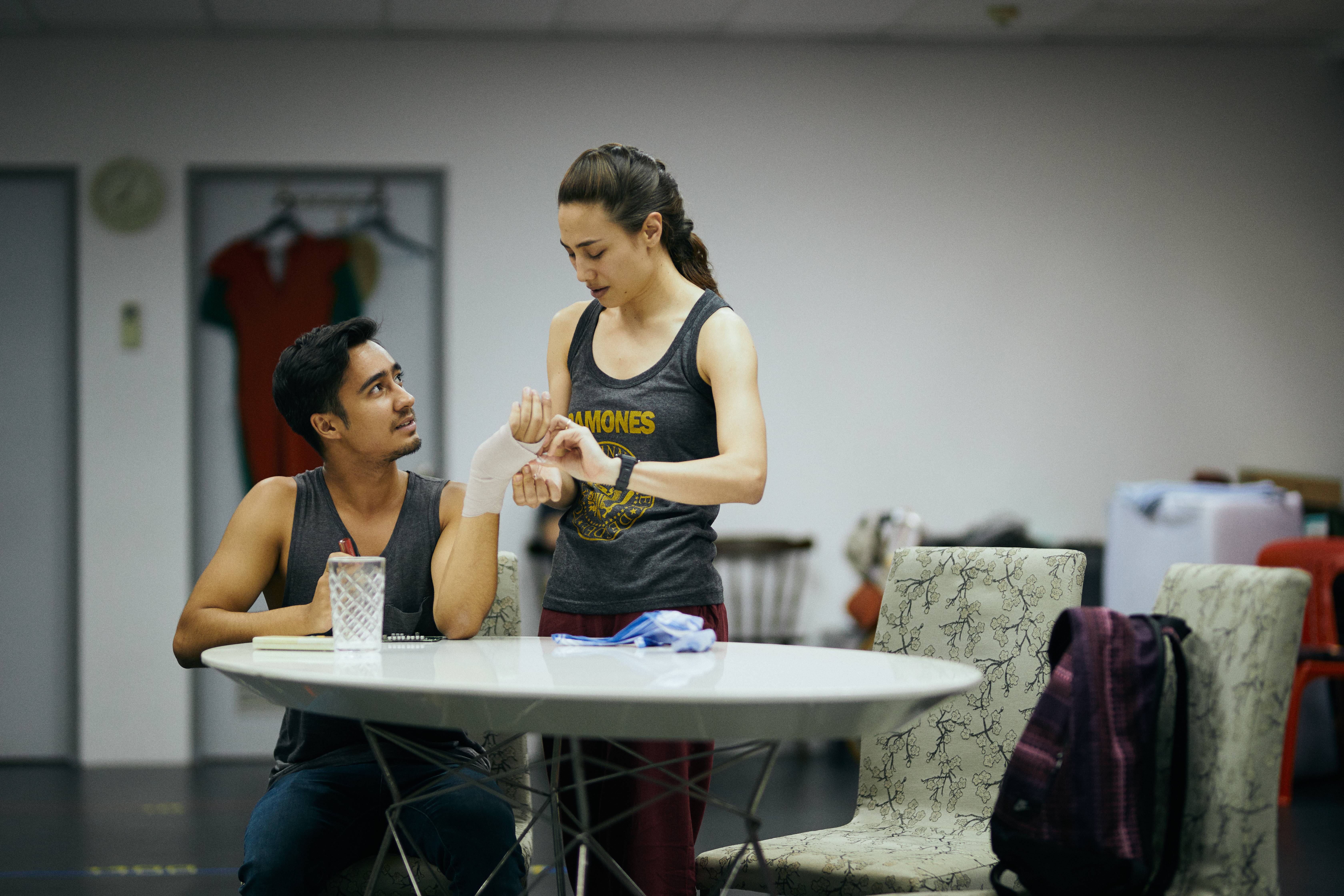 Bakchormeeboy: Was there any aspect of Dragonflies that personally resonated with you?

Jamil: Certainly this idea of belonging to a place and what constitutes a home. It is incredibly frightening to me to see how every character in Dragonflies have their own beliefs of home and belonging shattered by things outside of themselves and their control, whether it be: the law, that racist bigot opposite you in the clinic, or even your own friends and family. As a German-Singaporean I am acutely aware of the liminal space between categories in which I sit (Chinese, Malay, Indian, Others…). Very often I feel I am ‘a part of’ and at the same time ‘apart from’.

Bakchormeeboy: In another life, if you weren’t an actor, where might you be today?