Closing off the 29th edition of the annual Macao Arts Festival is Taiwanese dance company Cloud Gate 2 with their performance 13 Tongues. First commissioned for the Taiwan International Festival of Arts in 2016, the work is inspired by the 1960s performer “Thirteen Tongues”, a street artist from Taipei’s oldest district. As an artist known for portraying multiple roles as he performed characters of all ages and genders, 13 Tongues then challenges dancers to go beyond simply movement to incorporate vocal elements and push themselves to their physical limits, with howling on the streets and incantations being chanted.

We spoke to choreographer Cheng Tsung-lung before the one night only show on Saturday, and found out a little more about his inspiration 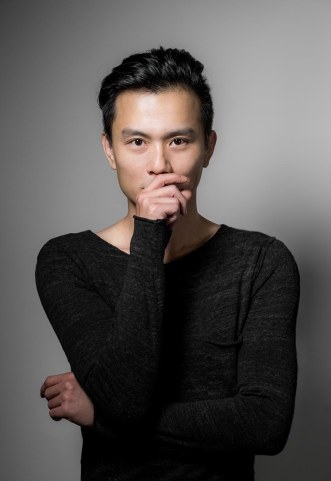 Bakchormeeboy: How was 13 Tongues conceptualised, or rather, what was it about Bangka that made you want to craft it into a performance?

Tsung-lung: It was a story my mother told me. In the 1970s Bangka, the oldest district in Taipei city, there was a legendary street artist, who would stand at a square foot space on the street, telling stories by spectacularly impersonating multiple roles: male and female, old and young, switching from character to character in an instance. Whenever this street artist appeared, neighbours and people in the street would inform one another: Thirteen Tongues is coming.

When my mother told me the story, the images I saw in my childhood when crouching at the curb on the side of the street in Bangka flashed through my head: those people with all kinds of attitudes and backgrounds, those faces with heavy make-up and the colourful neon lights in the deep night, religious rituals and parades, outdoor puppetry and Taiwanese opera performances in front of the temples. I wanted to use 13 Tongues to look for and sort out the shapes of the people, the texture of the sounds and voices, the colour of the streets in my memory. I invited composer Lim Giong, art designer He Jia-sing, projection designer Ethan Wang and costume designer Lin Bing-hao to explore with me the scenery of common life that have gone lost in our daily lives and together we tried to transform the images with a contemporary touch to communicate with the audience. 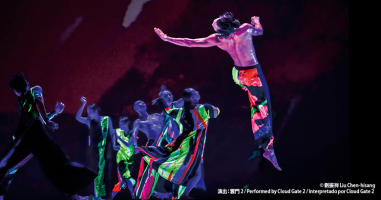 Bakchormeeboy: What does 13 Tongues mean to you as a title?

Tsung-lung: The times turn over so quickly; the trends change so fast. There are many religious ceremonies, street cultures, even the unique body postures that have gone disappeared in the fast-paced changes. To be honest, I didn’t set a meaning behind the title 13 Tongues, instead I simply wanted to start from where I grew up then to explore along the pattern and path of the culture. Just like the gigantic koi in the dance piece, flipping through the stage, getting rid of all the colours—then to realize that some spots will never go away. 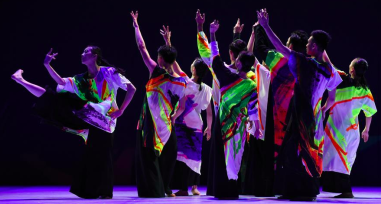 Bakchormeeboy: What is the most challenging part of choreographing or performing 13 Tongues?

Tsung-lung: It’s never easy. During the creative process, we will encounter various topics and tasks according to different themes and the feelings that the themes mean to delivery. But I enjoy the process. It keeps me motivated and roll up my sleeves to face and handle the difficulties. It’s a very good learning process.

With 13 Tongues, I think the hardest part was to transform the expression of Bangka in my head and to express that with movements, voices, and vision. In the past, the “aesthetics” I have recognized are tranquil, extensive, elegant, steady, symmetrical. But the streets of Bangka is nothing like this. Bangka belongs to another side. People on the street have different looks: some stooped and crooked, members of the folk and ritual parade possess swaggering and wild movements that resemble the disorder and chaotic behaviour of a shaman in practice. People who grew up in the city don’t have a memory of these cognitive experiences and actual experience of these unique movements. Therefore during the creative process of 13 Tongues, I found it most difficult when looking into these attitudes and looks of people on the street of Bankga and exploring the possibilities of new movements. 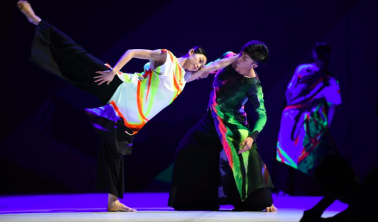 Bakchormeeboy: What do you hope audiences take away after watching 13 Tongues?

Tsung-lung: I’ve been choreographing for many years, and with this question you raise, I have never really had a certain expectation. Maybe if the audience could feel a little something inside, no matter what it is, it’s great.

On the other hand, to extend a bit more, perhaps through this exploration process that me, the artists and the dancers have gone through together could be an opportunity. An opportunity to inspire people from different backgrounds, different environment and different cultures to look back, to face their own memories. Then brush through and transform these memories, then go forward. In different places of the society, we could all do something to enrich our experiences and this world. If this is the case, it would be wonderful.

13 Tongues plays at the Macao Cultural Centre Grand Auditorium on 26th May. For more information and tickets, visit their website here