A Toy Factory triumph in this adaptation of the only O-Level Literature Singapore text.

Adapting a piece of literature from one medium to another can be challenging. The language alone already poses difficulty, such as how translating prose to drama runs the risk of either being weighed down by the length of the text or losing the original essence of the language altogether.

Toy Factory’s Here and Beyond then, is a massively ambitious project, adapting not one but a total of twelve quintessentially Singaporean stories from the collection of the same name, ranging from authors across the ages from Claire Tham to Simon Tay, Wena Poon to Alfian Sa’at. Directed by Stanley Seah, each of these twelve stories have been given new life under the collective artistic efforts of the entire ensemble. Each ensemble member and creative brings to the table their own strengths, and every story presented feels fresh with its theatricality, making them easily accessible to anyone regardless if they’ve read the text beforehand and quite simply put, a triumph of theatre. 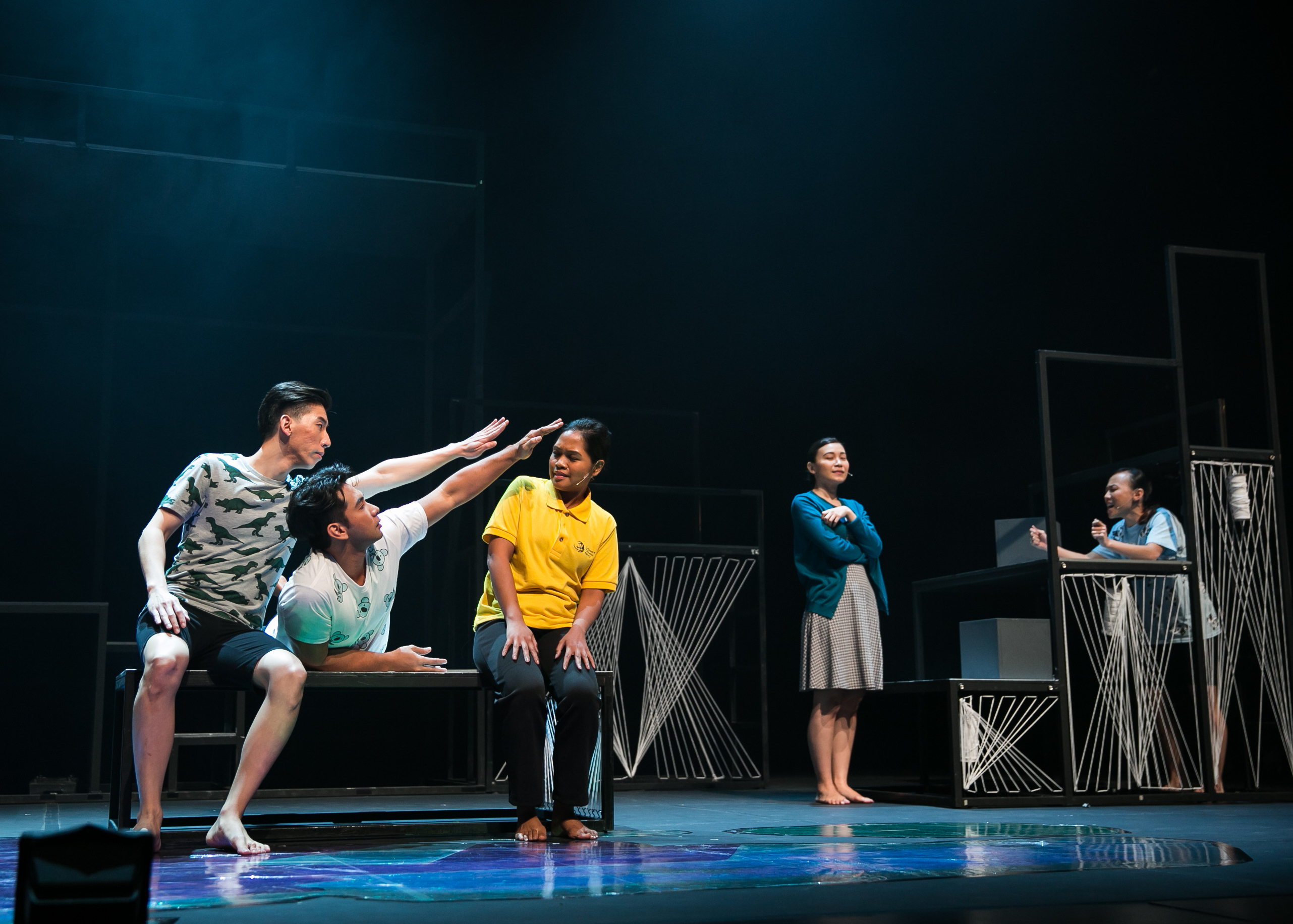 Here and Beyond features an incredibly talented ensemble, certainly the strongest team we’ve seen onstage this year thus far. Besides more established practitioners such as Timothy Nga and Irfan Kasban, the newer talents to the stage more than hold their own with each appearance. In Wena Poon’s The Shooting Ranch for example,cast members Darren Guo, Abby Lai, Tan Rui Shan, Rusydina Afiqah and Jolene Wong share strong onstage chemistry to present a rural, conservative family dealing with unexpected prejudice, with good dramatic tension and the sense that they’ve spent enough time in rehearsals and around each other to give the impression of an actual family. 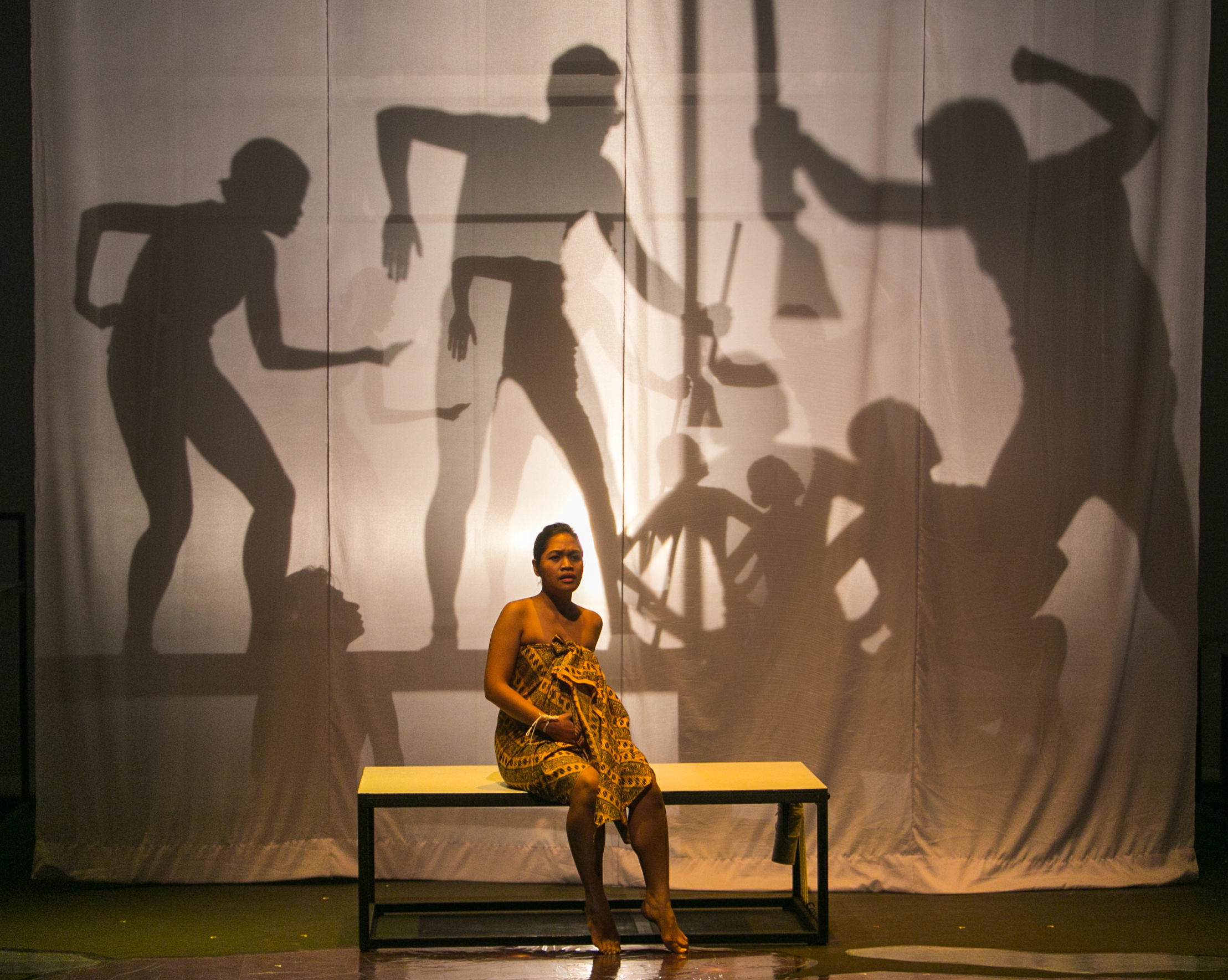 Three of the biggest revelations of all are fresh Lasalle/NAFA graduates Jolene, Rui Shan and Rusydina. Rui Shan gets a chance to shine in Stephanie Ye’s City in C Minor, adapted into a monologue where she compellingly illustrates the story of a classical music performance that changes her life, emotionally charged and clearly delivered to feel relatable. In Alfian Sa’at’s Visitors and Suchen Christine Lim’s Gloria, Rusydina delivers performances that cement her position as one to look out for in future, playing a Singaporean Malay woman returning for summer from her studies in New York, filled with uncertainty and trepidation, and in the latter, a sympathetic Filipino domestic helper at the mercy of an abusive employer (Jolene Wong, who plays the role so convincingly we felt actual wrath at her character). Gloria, in particular, was one of the most memorable segments of the performance, a depiction of urban tragedy at its finest, with even Irfan, Rui Shan and Darren as irritant children leaving an impression. One feels for the plight of the eponymous Gloria as the story lays bare all the unseen costs and complications a foreign domestic worker has to go through, from the huge portion of her salary that goes back to the agency each month, to the air of suspicion her own employers treat her with constantly, leaving us deeply affected and angered by this painful revelation. 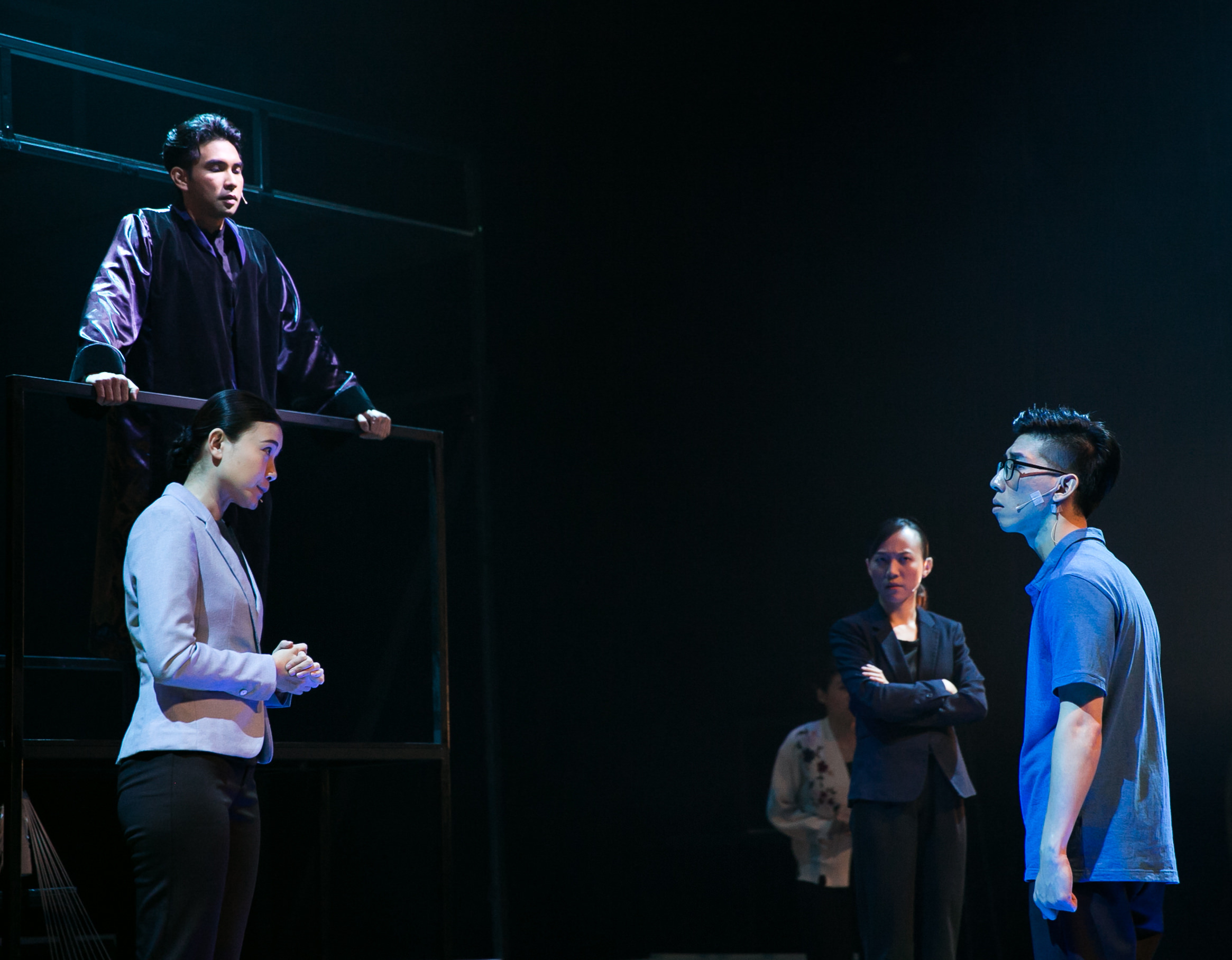 Beyond the stellar performances, Here and Beyond features well thought out design elements, from the realism of the ‘airport’ in Visitors (complete with x-ray scanning machine), to the concise but clear reworking of Simon Tay’s My Cousin Tim by Timothy Nga. Visually, Irfan Kasban has designed some gorgeous shadow elements across various segments that at times creates a sense of foreboding, or elevates and expands the set, while Darren Guo utilises the skills gleaned from his work with The Finger Players to showcase keen puppetry skills when depicting various animals, both of which are further enhanced by Petrina Dawn Tan’s lighting design that helps fully establish the mood of each scene. Even beyond these design elements, everything came together to make Here and Beyond a success, from good tech in the mikes that ensured everyone could hear every actor’s lines articulated clearly, to even the stagehands, who were just as rehearsed as the cast in knowing exactly when to come out and assist in creating smooth transitions and pure atmosphere each time. 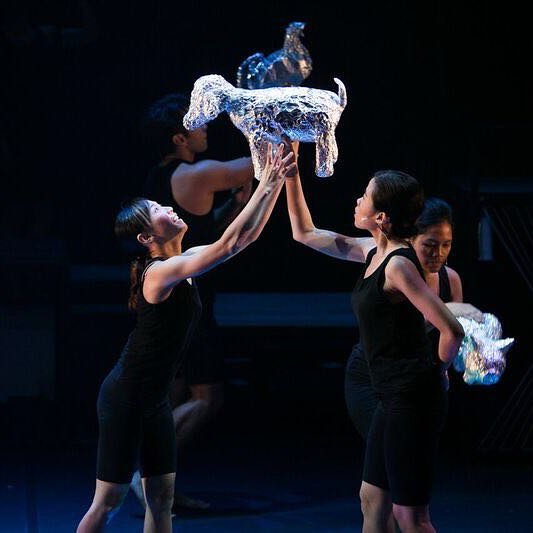 One of Toy Factory’s best works in recent years, this is a prime example of page to stage done right, and the creative risk of staying true to its source material is something that Stanley and his team have managed to pull off with its innovative staging. Here and Beyond goes above and beyond what is expected, to open audience members’ eyes and elevate its original stories to theatrically exciting works to entertain, move and affect, undeniable proof that Singapore literature deserves to be celebrated.

Here and Beyond plays at the SOTA Drama Theatre from 19th – 28th July.  Tickets available from SISTIC

0 comments on “Review: Here and Beyond by Toy Factory”