A culinary way to enjoy this Gothic classic.

LONDON – Annie McKenzie is a woman of many surprises – besides being an expert in the kitchen (2016 MasterChef Semi-Finalist), she’s also trained as an actor. So in many ways, it’s no surprise that she started Scripts For Supper, which combines both food and theatre into a single, immersive dining experience. 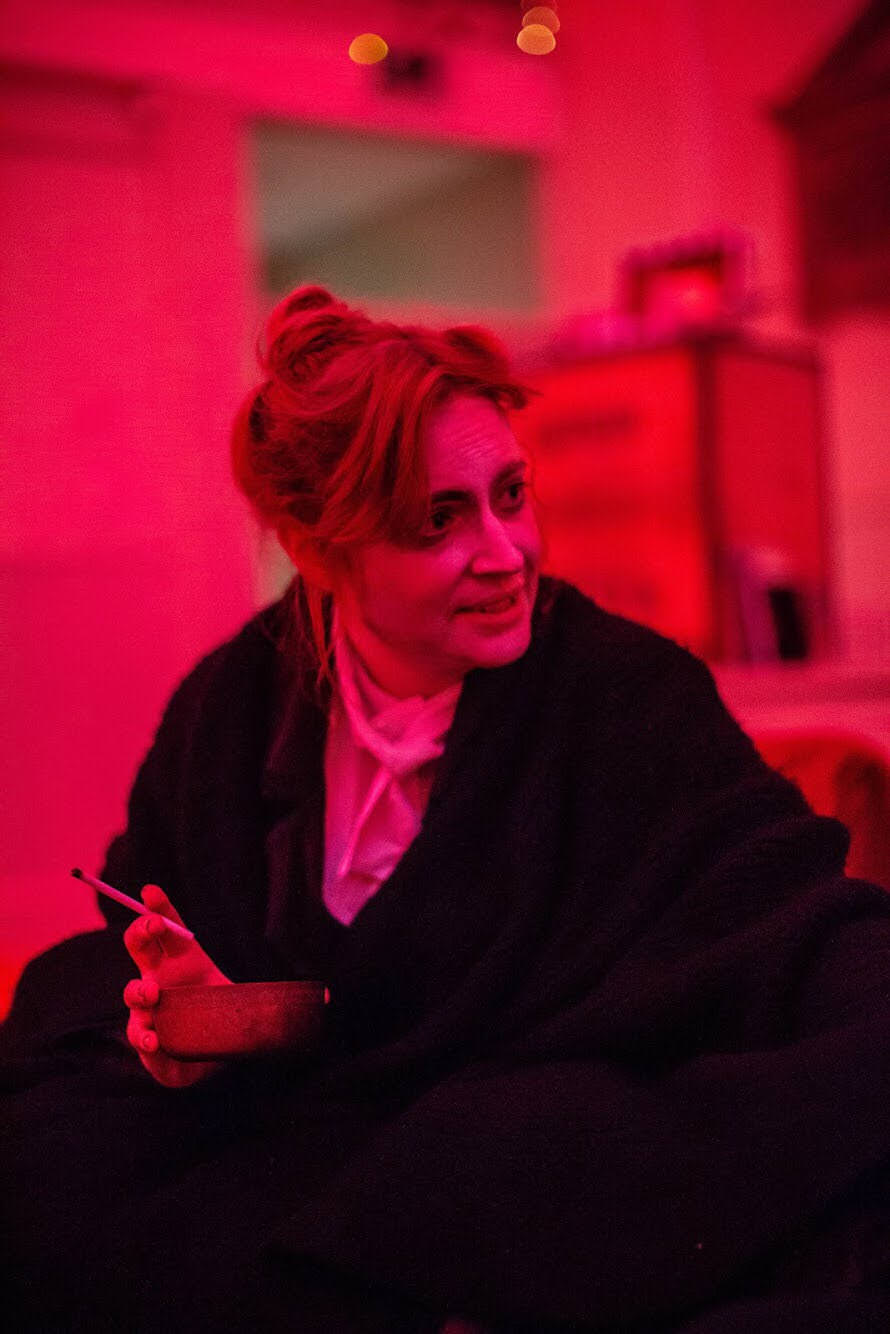 While previously, Scripts For Supper has only done small pop-up events, such as Twelfth Night at The London Cooking Project in 2017, to a tour of  their Arts Council Funded The Lion, the Witch and the Wardrobe. Jekyll and Hyde, which ran from November to December this year, was the first time the company took on a full length theatrical production. Conceived in February 2017 by producer Jessica McVay and MacKenzie (who also served as writer, director and of course, head chef), Scripts For Supper was born out of a want to use both food and theatre as a means of healing and therapy, partially inspired by MacKenzie’s own experiences and how theatre helped her through it. 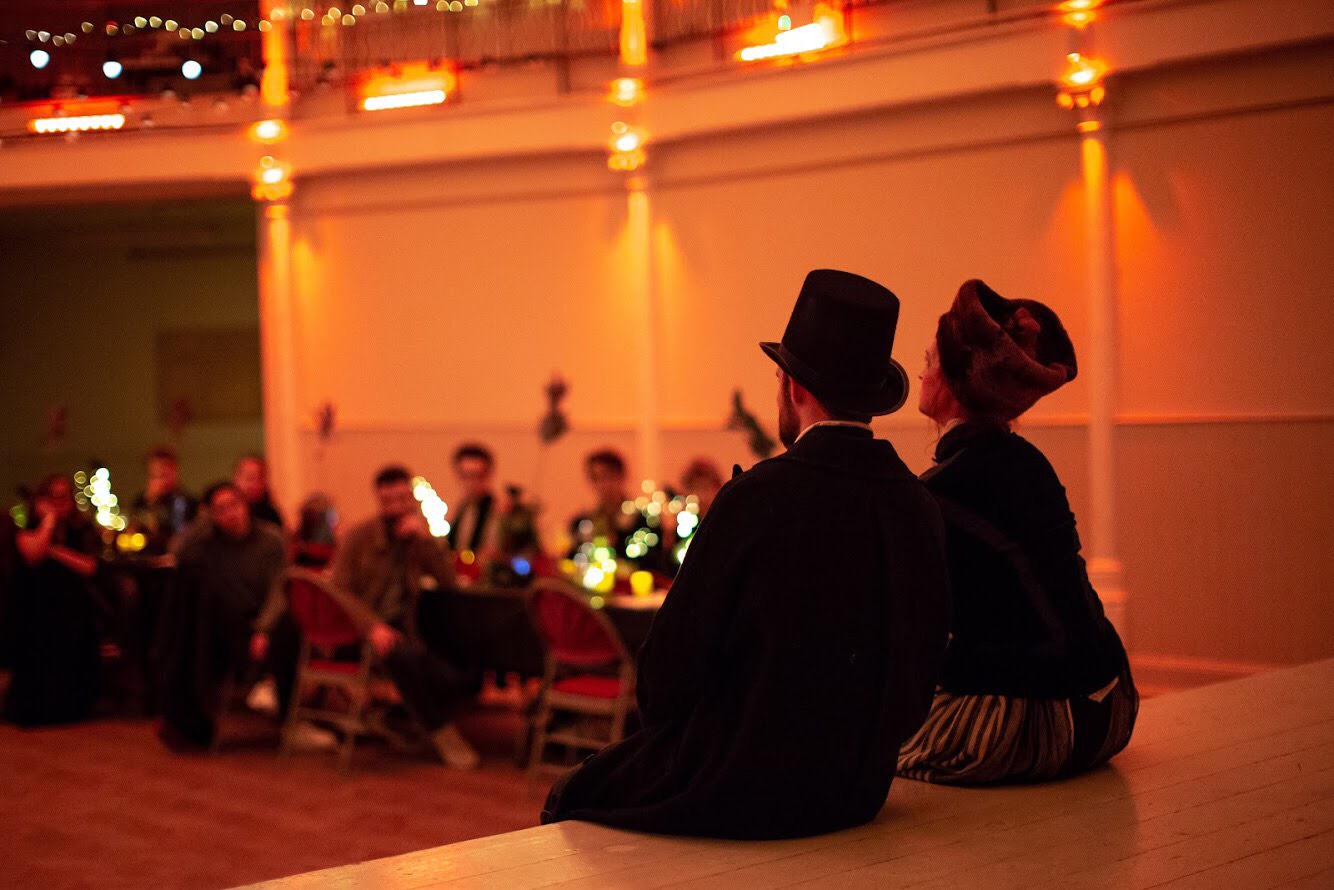 Jekyll and Hyde played at the Tab Centre in East London, an old building that also serves as a church on Sundays. In addition, together with TransformUK, the building also regularly plays host to activities focusing on helping the poor and homeless in London, with Jekyll and Hyde joining in the efforts by having various underprivileged youths come under Scripts for Supper’s wing, helping out in the kitchen with Annie or with producer McVay giving them an insight into the world of theatre production. Scripts for Supper, after all, was never set up to rake in profits; rather, it was crafted with the dream of forging a community spirit and continued partnership and relationship with the centre, its stakeholders and its audiences. 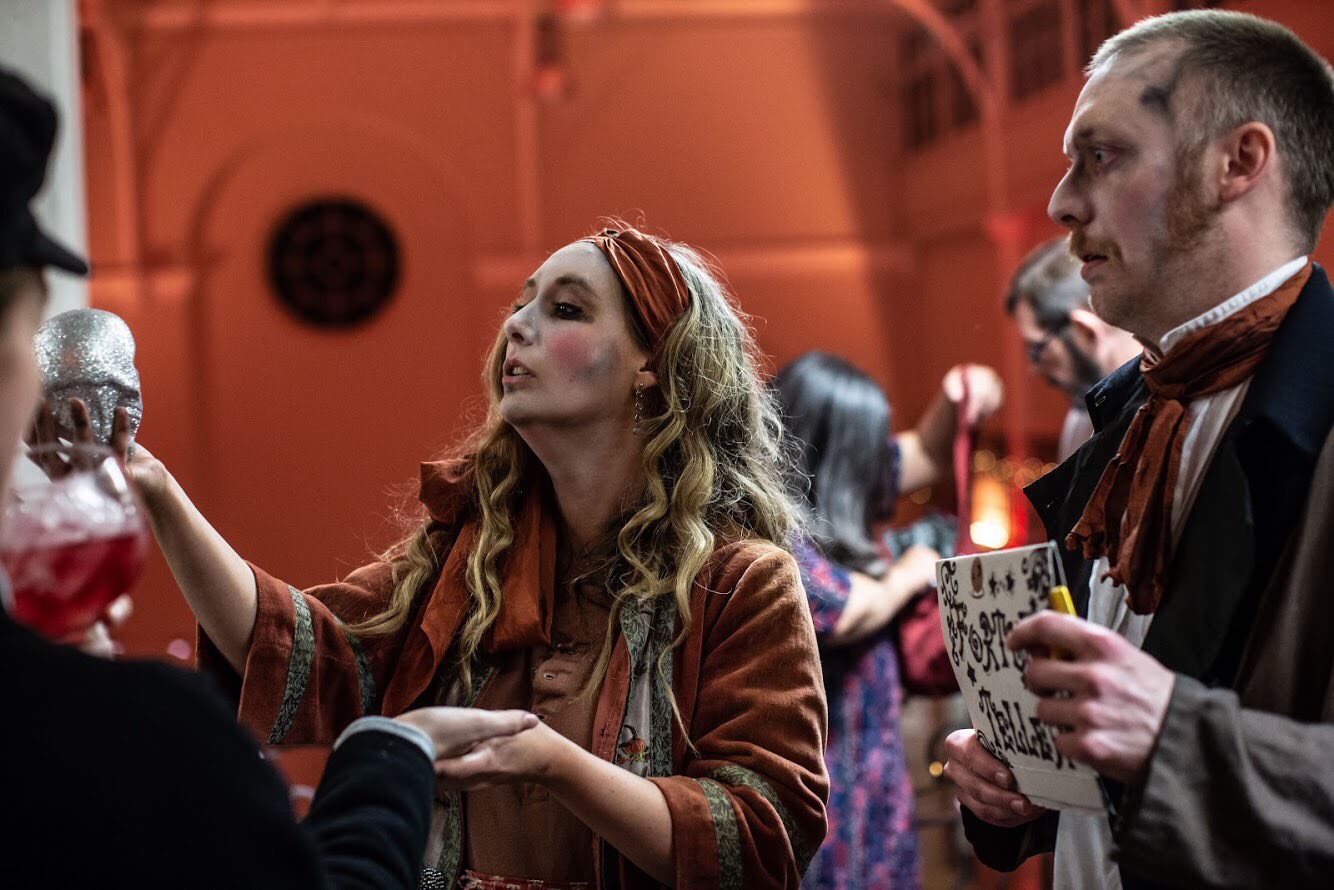 For the show itself, the story, naturally, is a theatrical retelling of Robert Louis Stevenson’s gothic novella The Strange Case of Dr Jekyll and Mr Hyde, famously known for its main character’s split personality – the good doctor Jekyll and shockingly evil Mr Hyde as we watch both personalities wrest for control over a single body, leading to increasingly violent crimes. Various key scenes from the novella are enacted by the exemplary cast comprising Jacob Banser, Joe Delacroix, Katriona Brown and Charlie Limm who doubles as a musician, playing us little ditties on the cello and flute.) 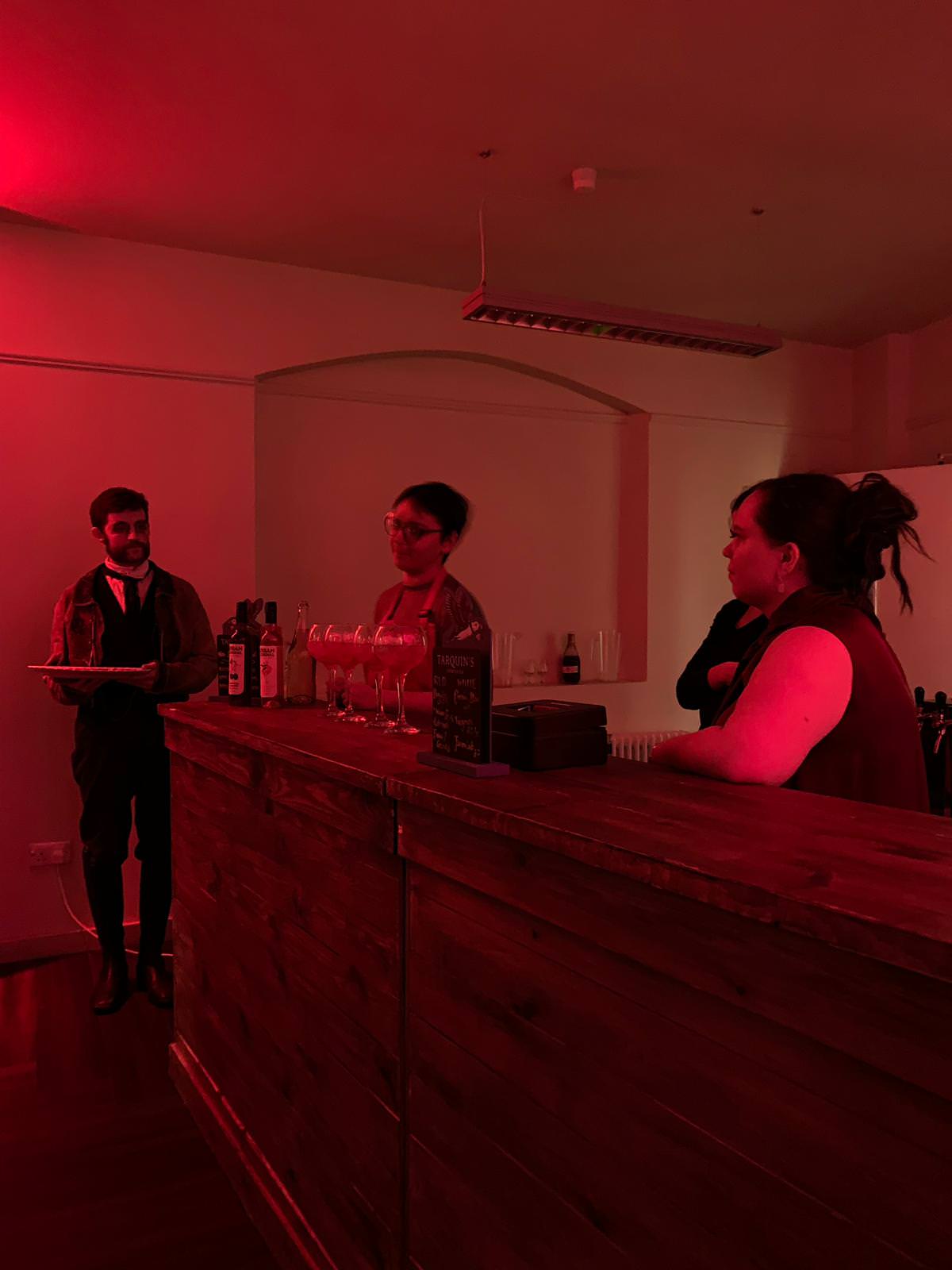 Watching them act, serve us food and later, clear and clean the dishes within the span of the performance time is a feat, and the cast easily charms their way into our hearts. At one point, we’re even asked to partake in the familiar childhood favourite rhyme Hands Knees Boomps-a-Daisy, in a fun, laugh out loud interactive song and dance activity. The Tab Centre provides both a central kitchen and a comfortable enough space for the maneuveuring of acts, although, being seated, it was occasionally difficult to follow the acts around the space. 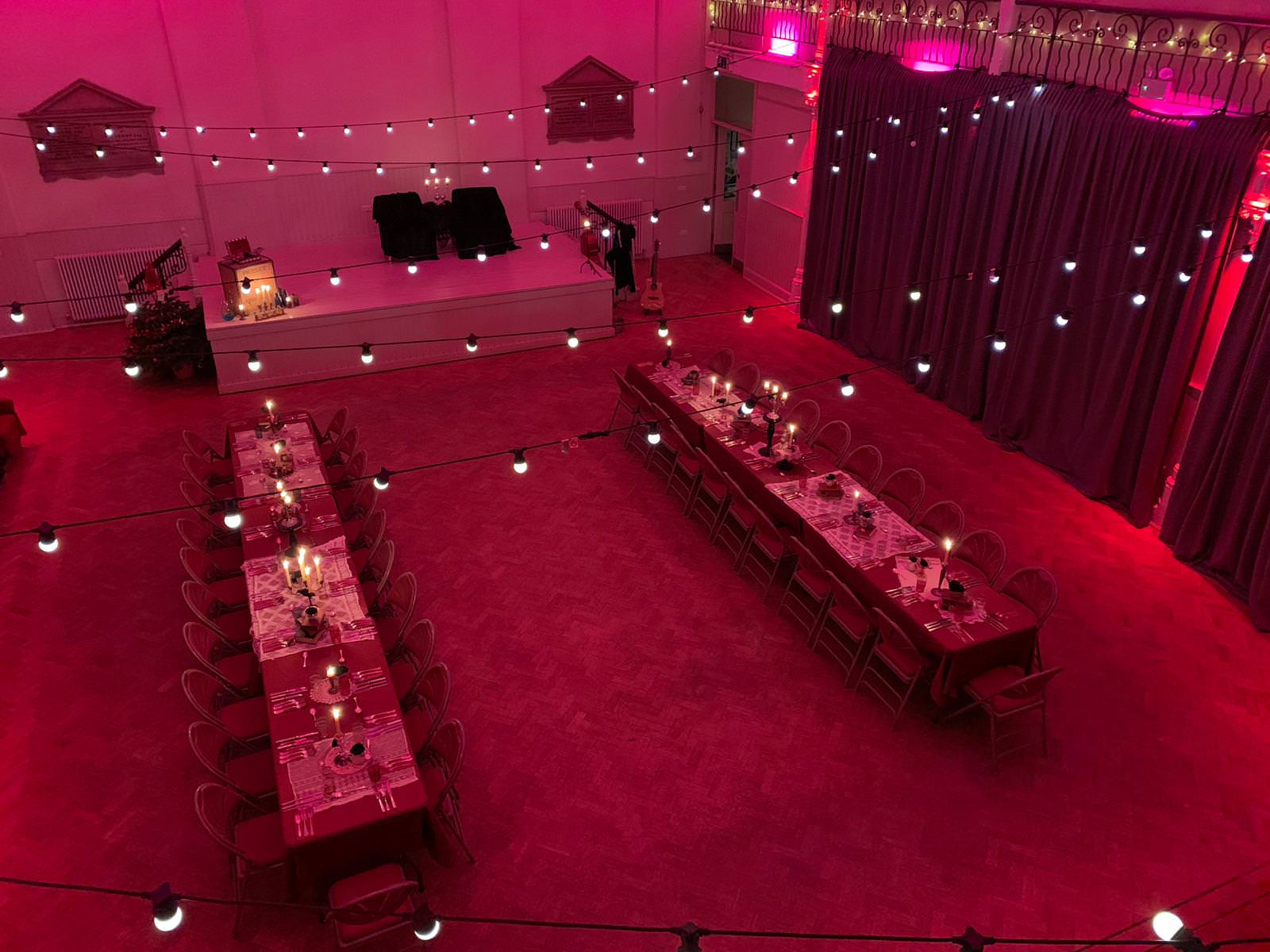 Presented with a welcome drink of a Tarquin’s Gin Bramble and Scotch Rarebit cocktail on arrival, guests are warmed up with fringe activities such as palm reading and other fortune telling methods to get them settled in. Guests are then led to their tables in he middle of the hall, and asked about their dietary requirements, ensuring each of us would be well taken care of. 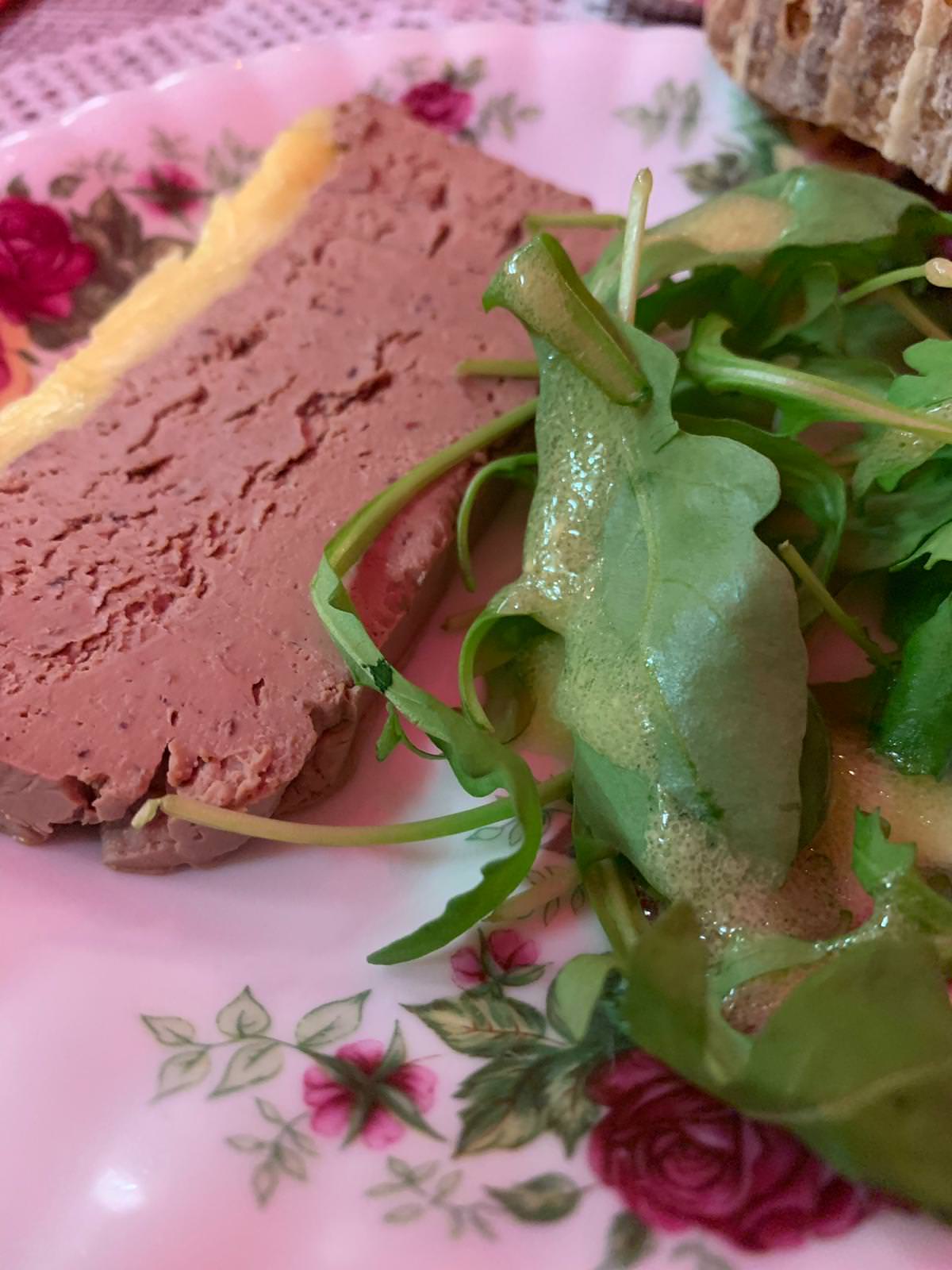 MacKenzie’s menu takes inspiration from heritage, Victorian menus, and interestingly, having noticed how Utterson (Joe Delacroix) is often described as being at various dinner parties or partaking in food in the novella, and it is at these junctures that we are served the various courses. All actors also double up as waiters, and we began the night with some bread and butter, served with apple chutney on a sharing platter. One immediately felt closer to the other audience members as we chatted, ate and indulged together, while spreading chicken liver pate on our sourdough and relishing each bite. 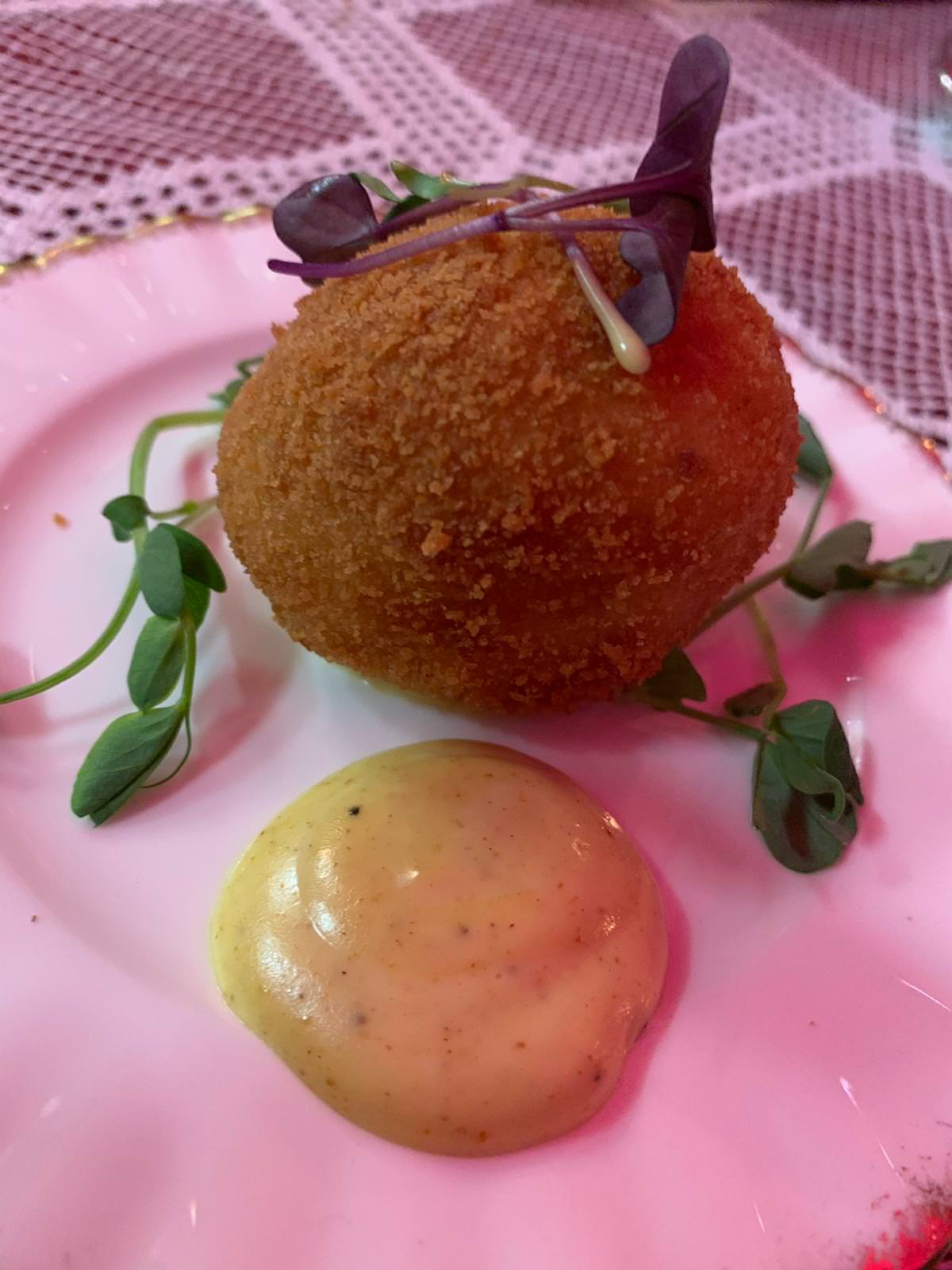 The second dish of the night was a fishcake of smoked haddock. As an appetizer, the fishcake was light dish and full of flavour, while the curry mayonnaise served alongside it was the perfect complement that brought out all the subtleties of taste. 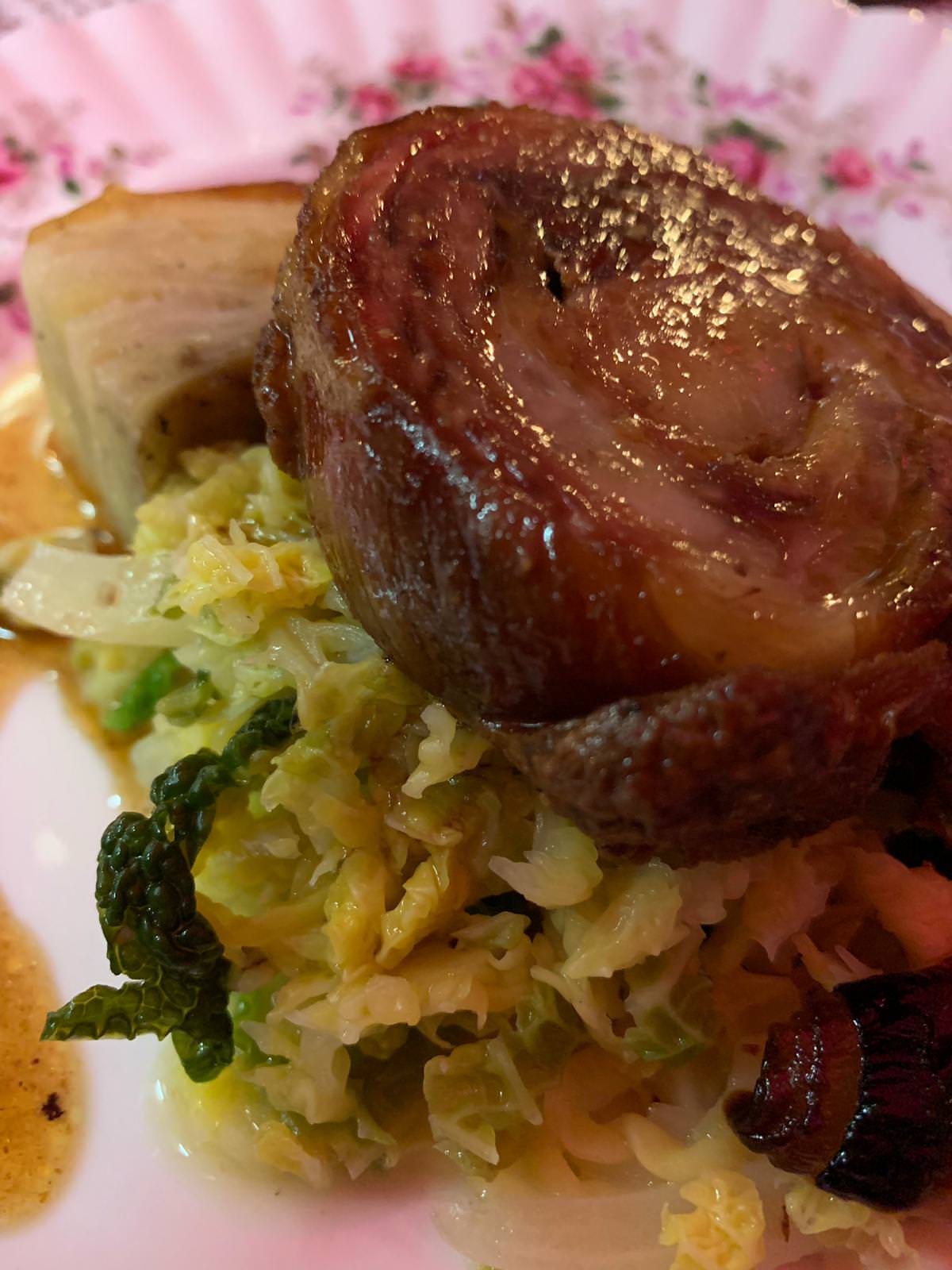 For the main course, we were served a hearty portion slow cooked breast of lamb, served with potato terrine, roasted onion, braised cabbage and gravy full of flavour. This was a dish that made us truly want to be by a warm fireplace with a nice glass of red wine in hand. 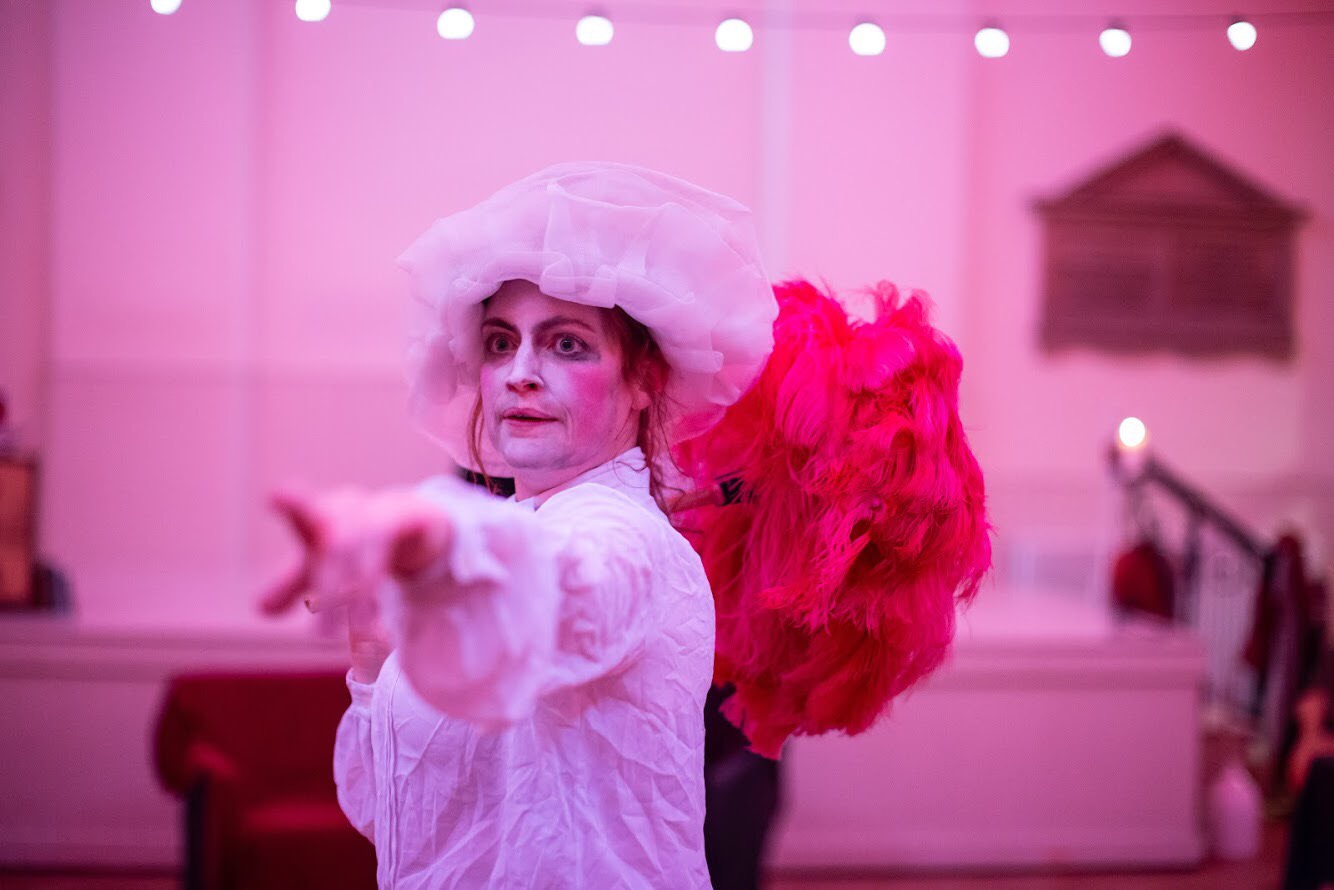 Ending off with a dessert of pond pudding and custard, we left the venue satisfied in both our hearts and our stomachs, a good meal coupled with a good show that kept us thoroughly entertained throughout. Jekyll and Hyde marks a big step forward in what Scripts for Supper intends to develop into, and we’re interested in seeing how MacKenzie continues to grow the team and do what she does best, carrying on with this venture to heal more people with her unique blend of food and theatre.

Jekyll and Hyde played at The Tab Centre, 3 Godfrey Place, London E27NT from 15th November to 8th December 2018. For more information on the production and forthcoming projects, visit their website here