Review: ‘Til The End Of The World, We’ll Meet In No Man’s Land by Theatreworks

Inch Chua takes audiences to deepest south in an aural journey to remember.

Over the last few years, indie singer-songwriter Inch Chua has gradually been expanding her repertoire, advancing beyond music alone to develop an artist, as she delves into acting and full-on multidisciplinary work for the stage. With Theatreworks’ brand new season of Women & Voice, featuring works from female artists, Inch takes her artistry one step further, and presents a musical, sound and song-driven account of her experiences with 2041’s International Antarctic ClimateForce Expedition to Antarctica with ‘Til The End Of The World, We’ll Meet In No Man’s Land. 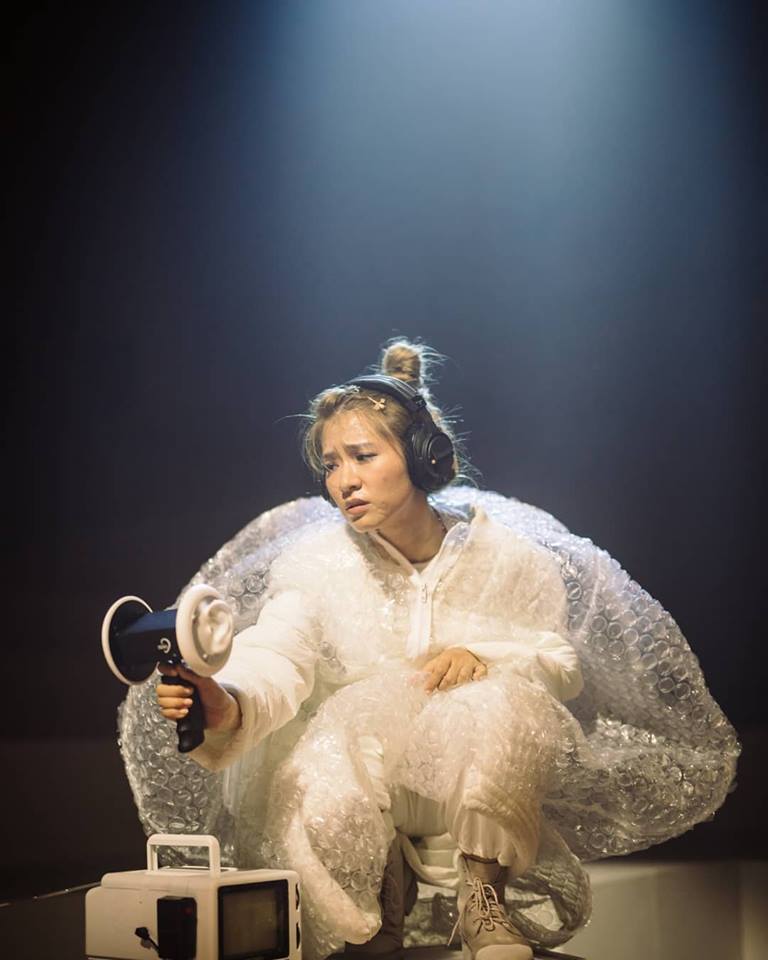 Taking the form of both an exhibition of paraphernalia from her trip displayed at 72-13 and a show, ‘Til The End Of The World, We’ll Meet In No Man’s Land is an aurally immersive journey to the seventh continent of the world as we step into the performance space, seated on huge white blocks resembling icebergs. Over the course of the 90 minute performance, audiences are then treated to a series of songs, audio clips and musings by Inch as she crafts a sonic landscape of the unending expanse of white making up the frozen land, collecting her thoughts and reflections during her journey as she collects sounds, records data, and converses with the rest of the crew. 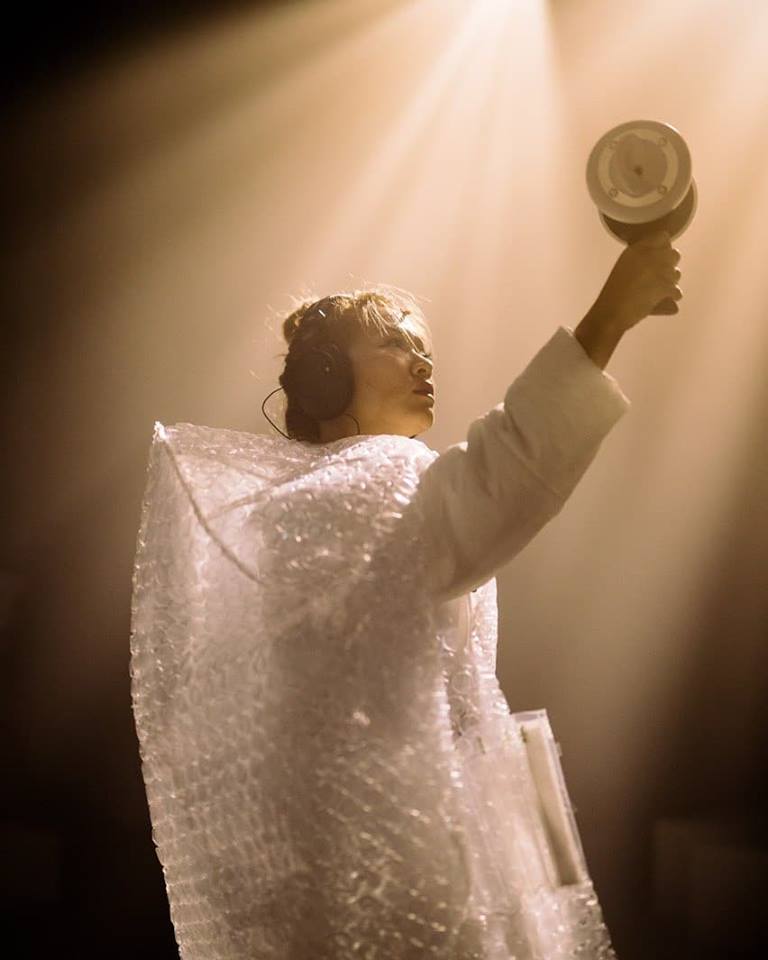 Surprisingly, all it takes are simple sounds, recorded live and played back on a looper, to create the piercing winds and crackling of ice via claps, breath and stomps, almost three-dimensional thanks to being amplified by sensitive headphones each audience member is given prior to the show, giving almost an ASMR-type effect as we settle into this literal no man’s land. One cannot help but feel Inch’s awe as she maintains her spritely energy and lets curiosity guide her, the Antarctic taking on an almost whimsical atmosphere thanks to her hikes through the white set designed by Dennis Cheok, traipsing across a giant beanbag or scaling the heights of white blocks while dressed in heatproof armour of bubblewrap over her white t-shirt and cargo pants (designed by Graye Studio). 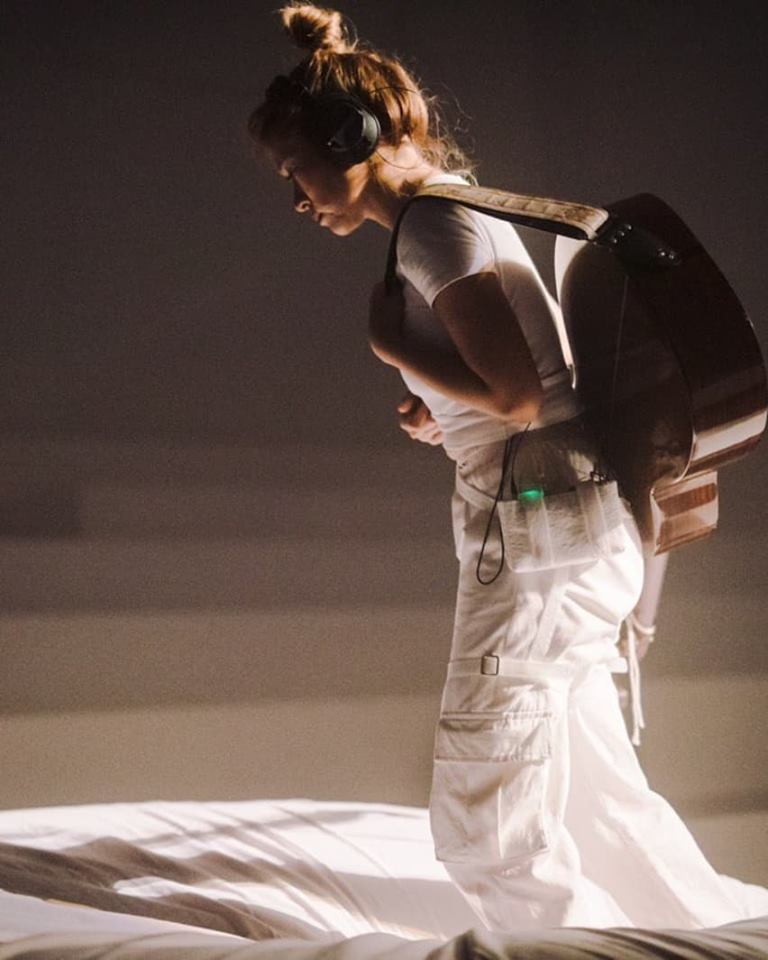 Director Okorn-Kuo Jing Hong crafts truly powerful images at times to help emphasise the majesty and magnificence of finding one’s self faced with the pinnacle of nature itself; one particularly memorable visual sees Inch lying asleep on the massive bean bag, as a video of crashing waves is projected onto it. We hear the voiceover of a man recounting how a captain, going against protocol, suddenly decides to play a piece of classical music as he watches the infinite nothingness of the ice, and allows that moment to be punctuated by a moment of human creation. 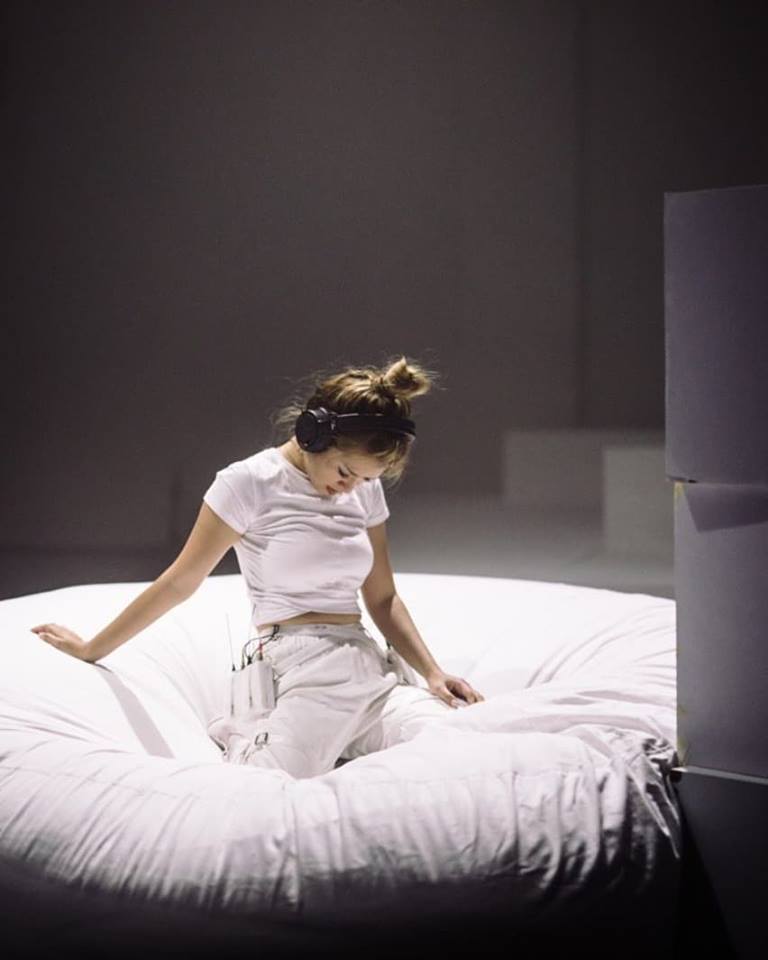 With Roadie’s lighting design, the show feels akin to an artistic concert, at times with strobe lights flashing as Inch climbs to a high point, guitar in hand and belting out the same drawn out lyrics over and over again, her voice trembling with emotion as she thinks about the insignificance of man in the face of nature (supported well by the band led by Evan ‘Evanturetime’ Low). As fun as her lyrics get, with plenty of lyrical puns (for example, the word ‘frequency’ matches up with imagery of waves and dives as the ‘cy’ becomes ‘sea’), there is always something stark and sad about the entire situation, as we hear voices discussing the futility or lack of concern for climate change, while Inch herself vocalises her thoughts about not checking our own privilege as humans, and the paradox of being alive, yet our very existence slowly killing the earth one day at a time. 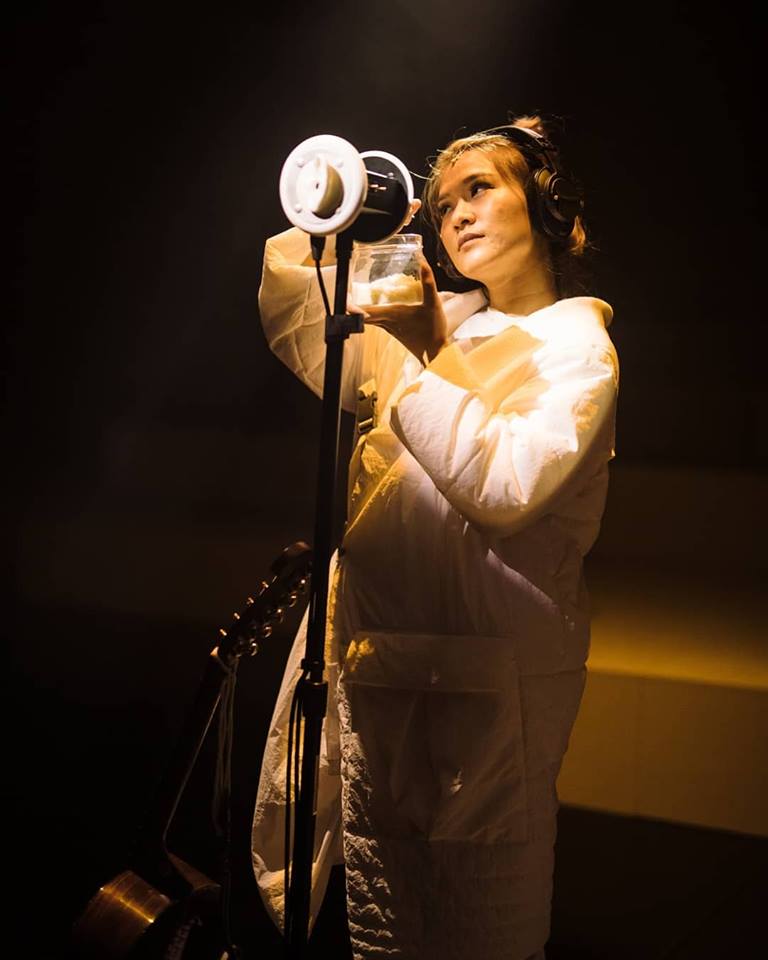 ‘Til The End Of The World, We’ll Meet In No Man’s Land is a dreamy presentation of a world few, if any of us are likely to have the opportunity to visit in our lives. Laced with a sharp reminder of our humanity, Inch’s reflections and songs become a medium by which we think on our responsibility to the climate. Underneath the expertly engineered soundscapes and catchy tunes, there is the sense of loss bubbling over, and if one removes one’s headphones midway through the show, we instead see a single woman whose aching voice sings out in the silence, a plea for change. 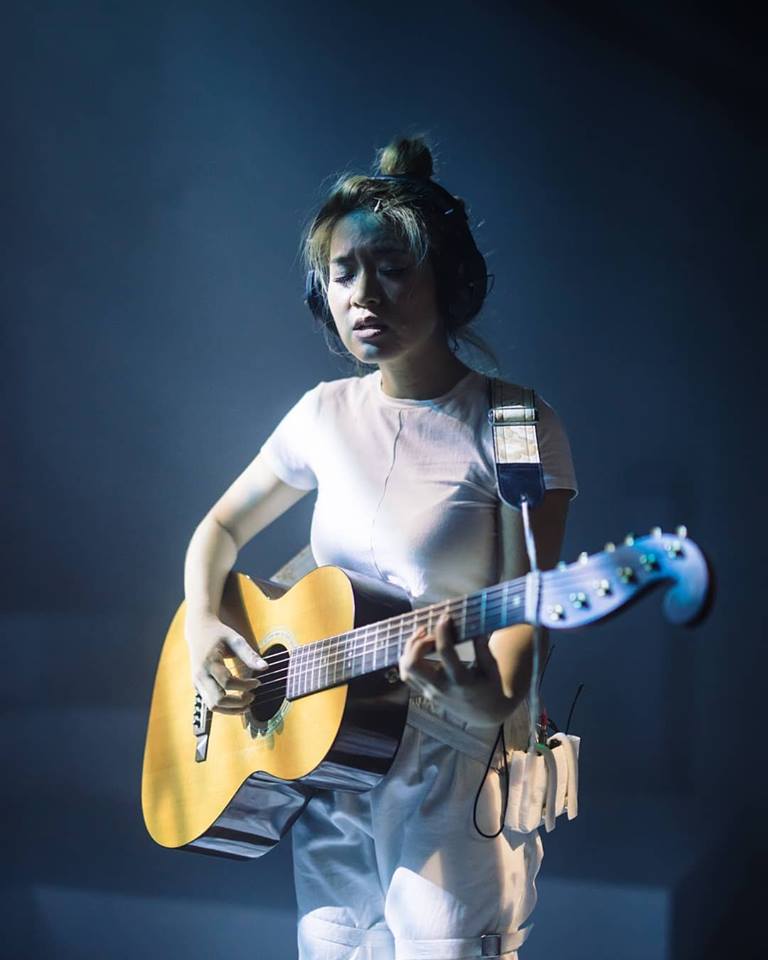 As Inch remembers finally disembarking the ship back home, we listen to her warble the phrase ‘no man’s land’ over and over again as she steps into the distance while the lights dim, and we are suddenly thankful for the ordinary yet incredible phenomenon of simply being alive and being able to appreciate all the beauty that surrounds us, not knowing how long more any of this will last for. 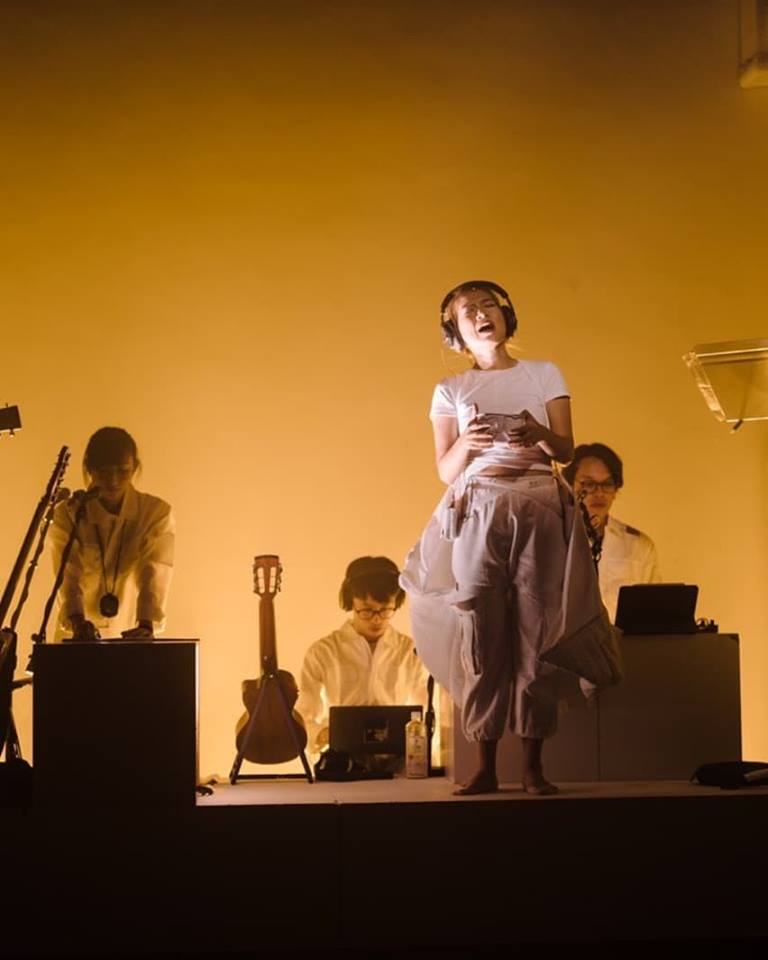