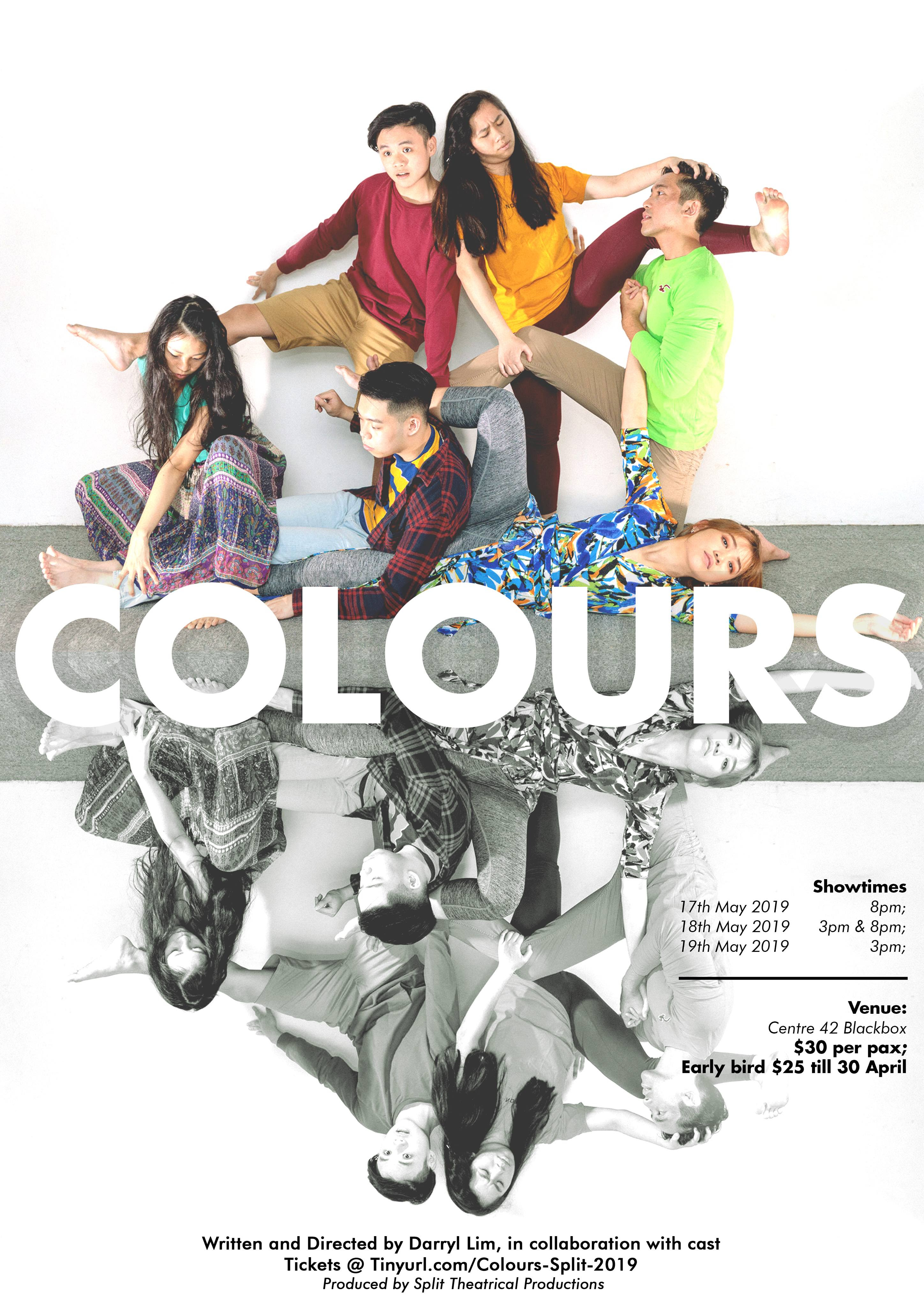 Finding the answer to life in plane sight.

Inspired by the theme of religion and reflection on time, the universe and the divine in T.S. Eliot’s Four Quartets, Colours deviates from Split’s usual themes of education and adolescence to take on a far darker topic – airplane disasters. Written and directed by Split artistic director Darryl Lim, we enter the Centre 42 Blackbox and are greeted by a team of stewards and stewardesses singing familiar songs, ranging from Adele’s ‘Someone Like You’ to Do-Re-Mi from The Sound of Music, immediately evoking and activating our memories, each one likely tied to a significant moment in our lives that establishes this play as one that is all about memory, reflection, and thinking of the future that lies ahead. 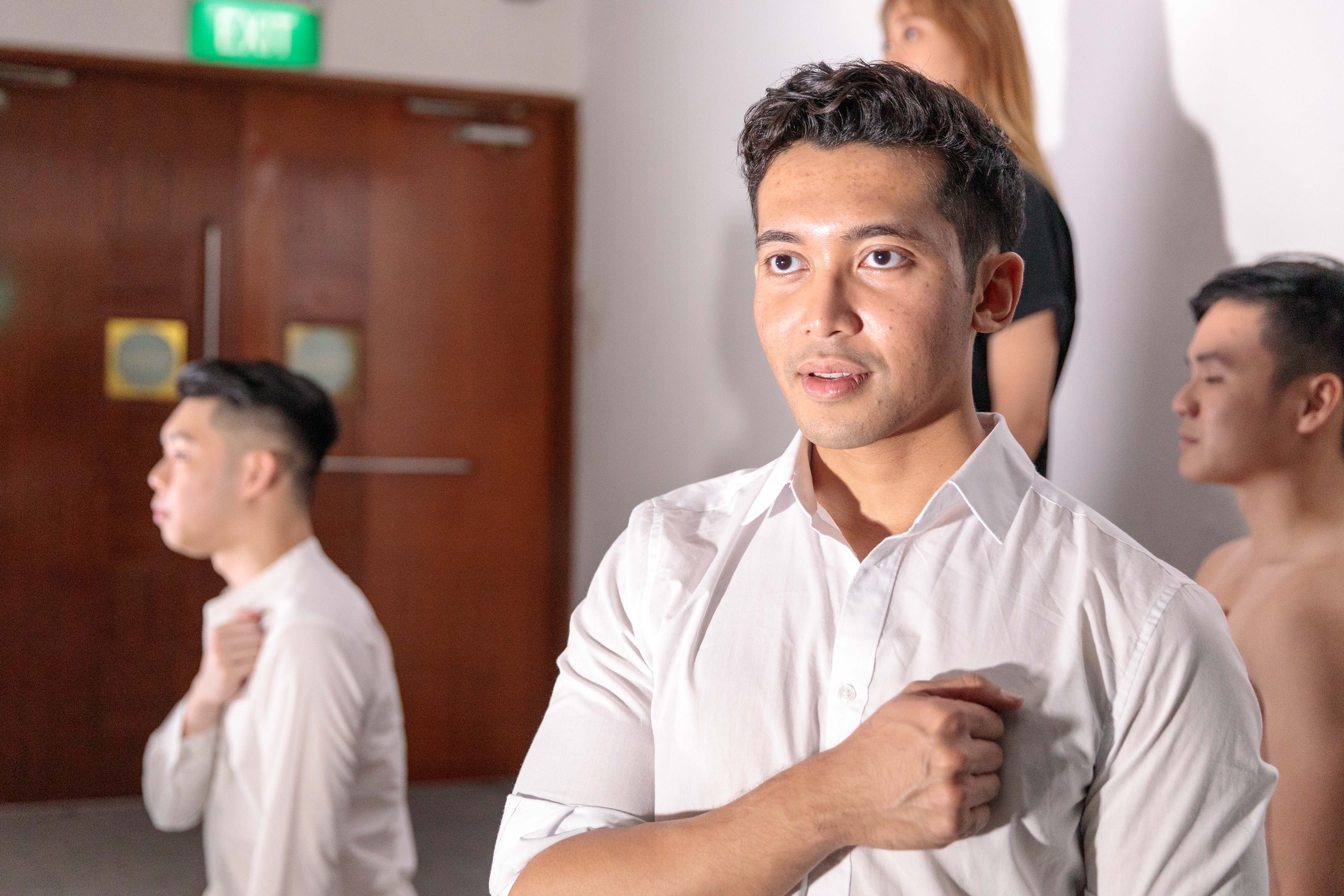 Getting on board our ‘flight’, with a 2-3-2 seating configuration, we settled into our seats. Perhaps even our choice of seats, whether we pick an ‘aisle’ or ‘window’ seats, even subtly reveals the kind of person each audience member is. We then meet the six members of the ensemble – Lim Jun De, Joey Teo, Mabel Yeo, Ci Xuan, Teresa Chen and Fadhil Daud. 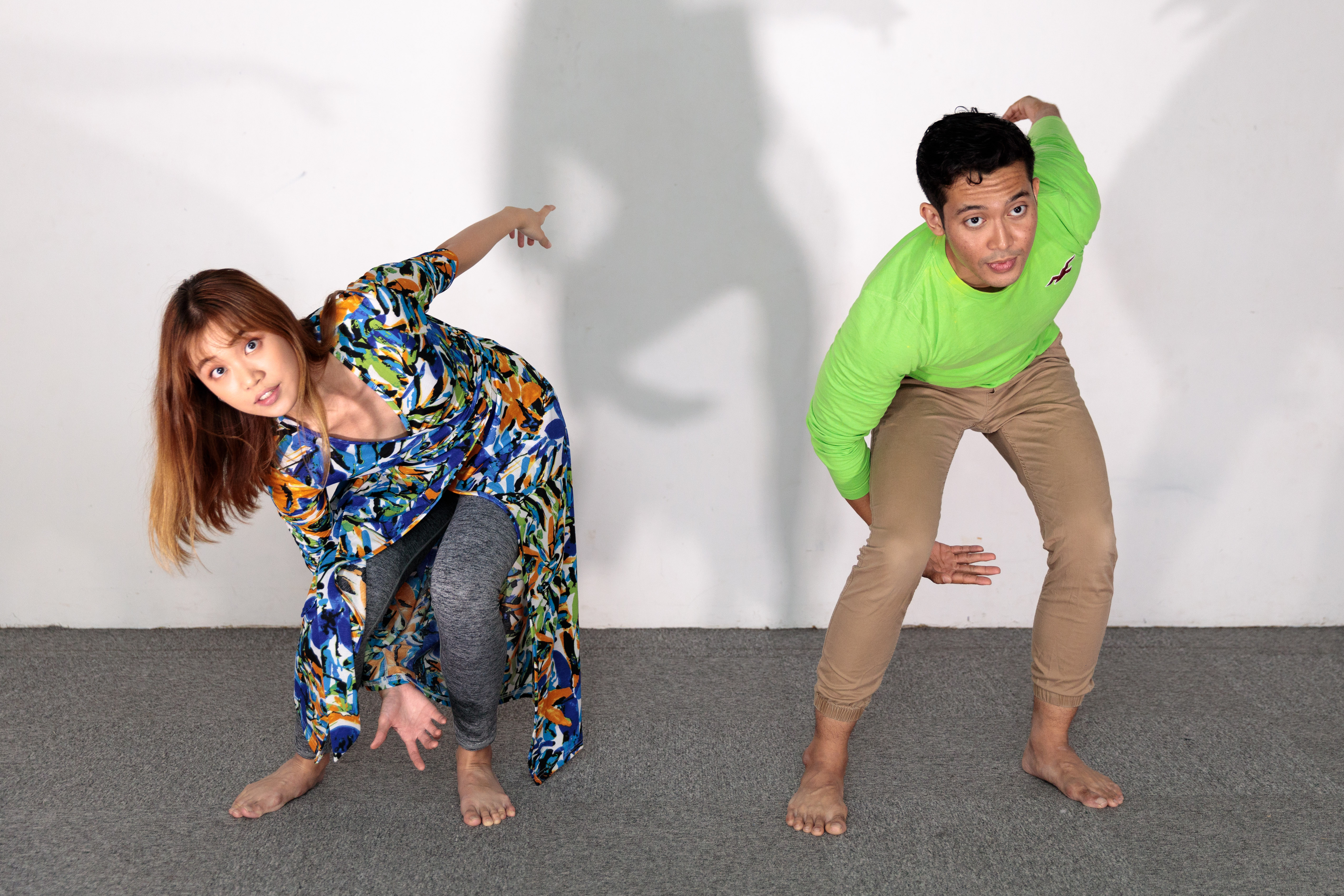 The ‘cabin crew’ emanate energy and perkiness as they rush down the aisles, getting us ready for our flight. Joey and Teresa showed off their vocal range and capabilities and lad the cabin crew in song, almost like the songs we hear upon boarding a flight, the kind used to calm passengers down and set our hearts at ease before a flight, due to their familiarity. Giving us their version of a pre-flight safety brief, the cabin crew members then go around the audience asking about their day, getting to know each other, and engaging us in conversation to settle our mood just before ‘take off’. In addition, they also hand us a lightstick in case of emergency, instead of the typical safety vest. At various points throughout the flight, crew members express themselves ways distinct to their backgrounds, for example, Fadhil sings Malay songs, while some of the other crew members sing Chinese songs, and one realises that the feelings these songs evoke transcend even language itself. 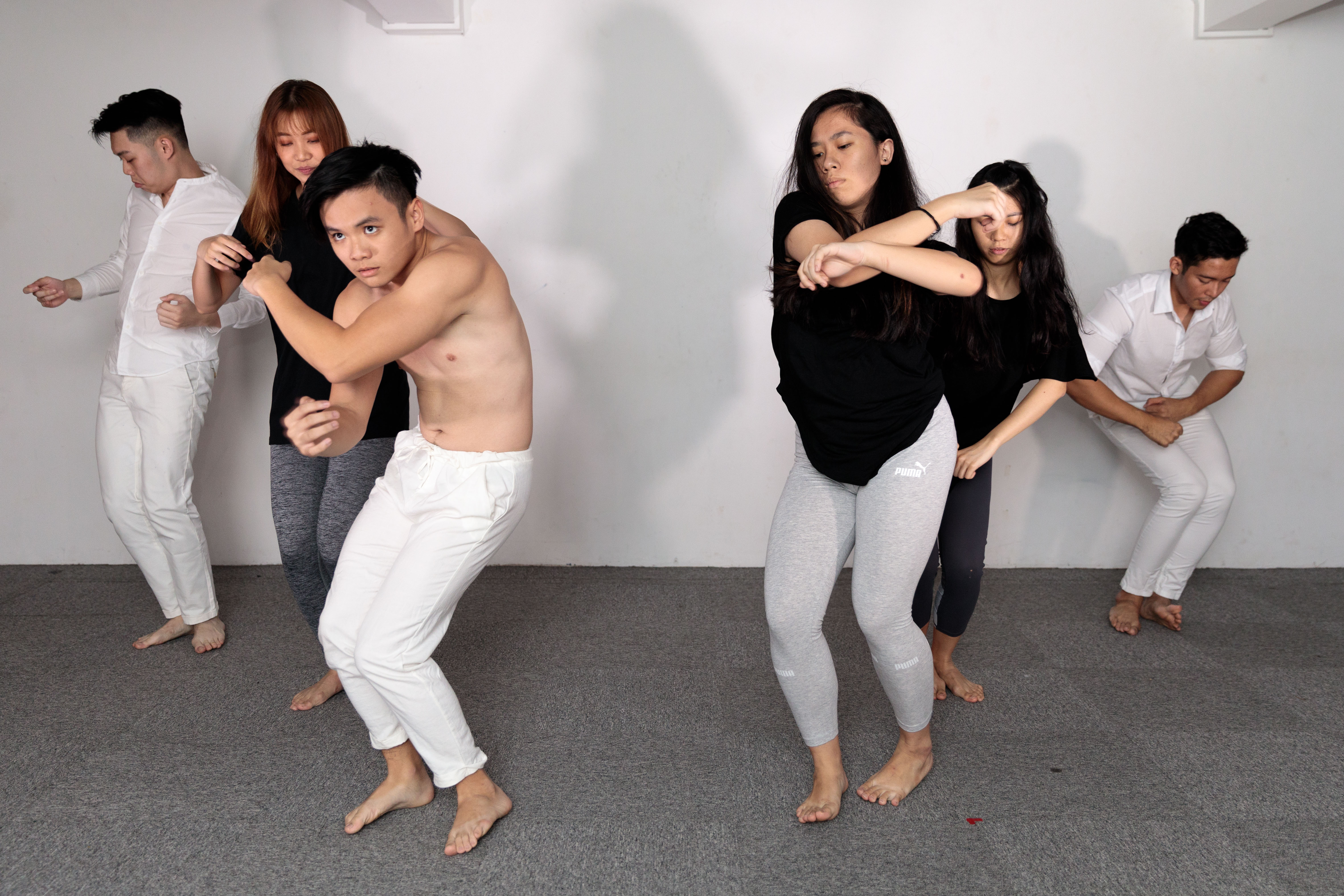 But it’s not long before things start to go awry, and the crew notice a ‘malfunction’ in the plane. The cabin crew begins to falter, showing signs of panic and fear as they become increasingly agitated with each other. It is at this point where, much like having one’s life flash before them on the verge of death, the crew begin to reminisce about their lives. Jun De, for example, recounts his consistent second-best rankings in competitions and class as a student, but whose achievements are never acknowledged or congratulated by his parents, leaving him in despair and always feeling like he is never good enough. Fadhil goes down on his knees to perform a prayer, while the other crew members begin to hum, reflecting and meditating as they wonder what might befall them next. 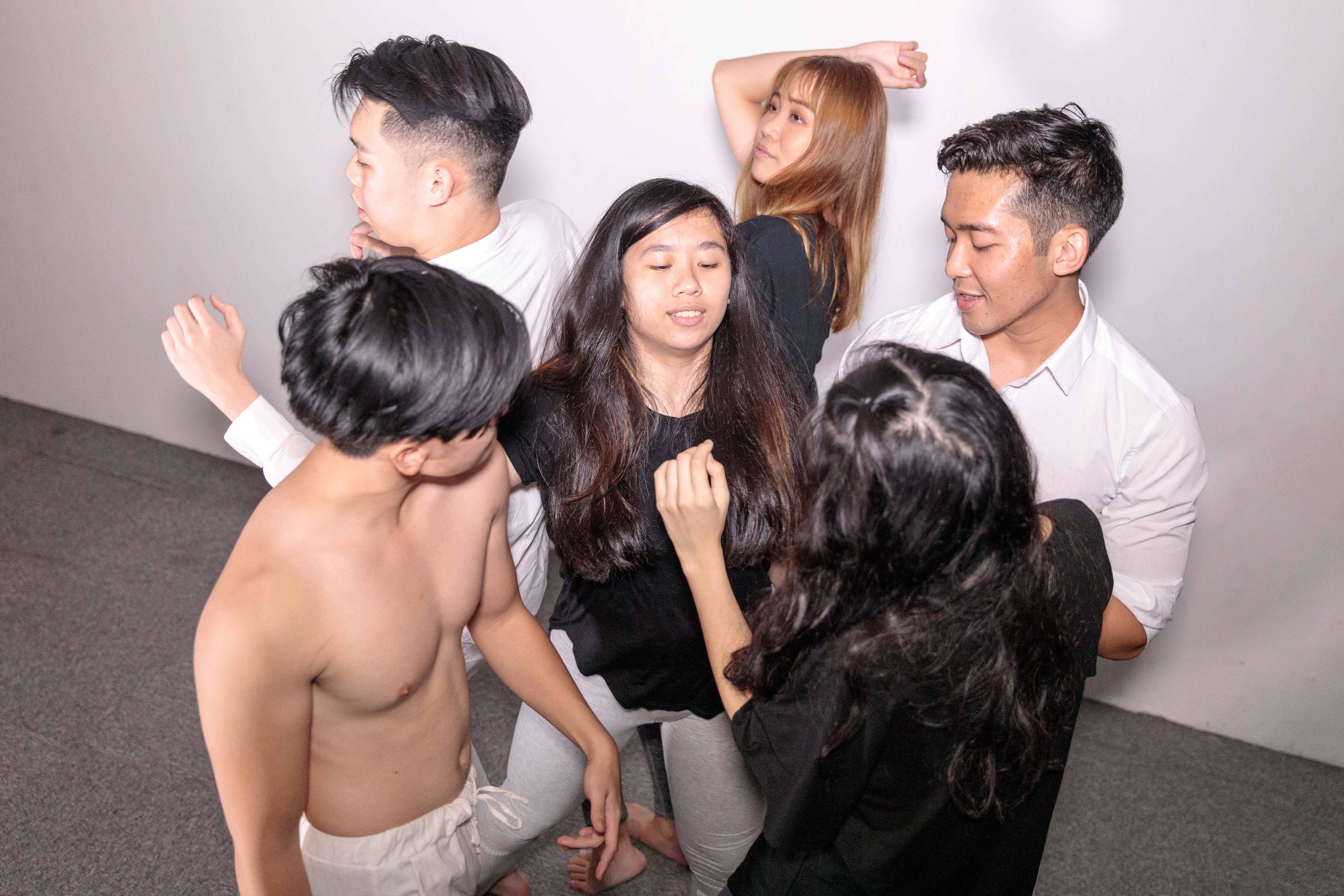 It is clear now how the plane is edging ever closer to its doom, with distorted, flickering lights dimming, and the cast stumbling, almost in a delirious stupor. Each person began to do their own ‘mini-performance’, with torchlights acting as spotlights for them, representing little flashes of life and our very existence. The space around us now resembles a dark sky with moonlight streaming in, and appropriately enough, some of the crew members recite a poem about moonlight, while others do what gives them comfort in this time of need – whether prayer or meditation. Every single cabin crew is in a state of despair, requiring a helping hand when they get up, the mood having quickly shifted from fun to utterly depressing. But perhaps, in spite of all the horror and pain of impending death, there remains some kind of hope, in the form of each other, as the cabin crew helps those who have fallen. 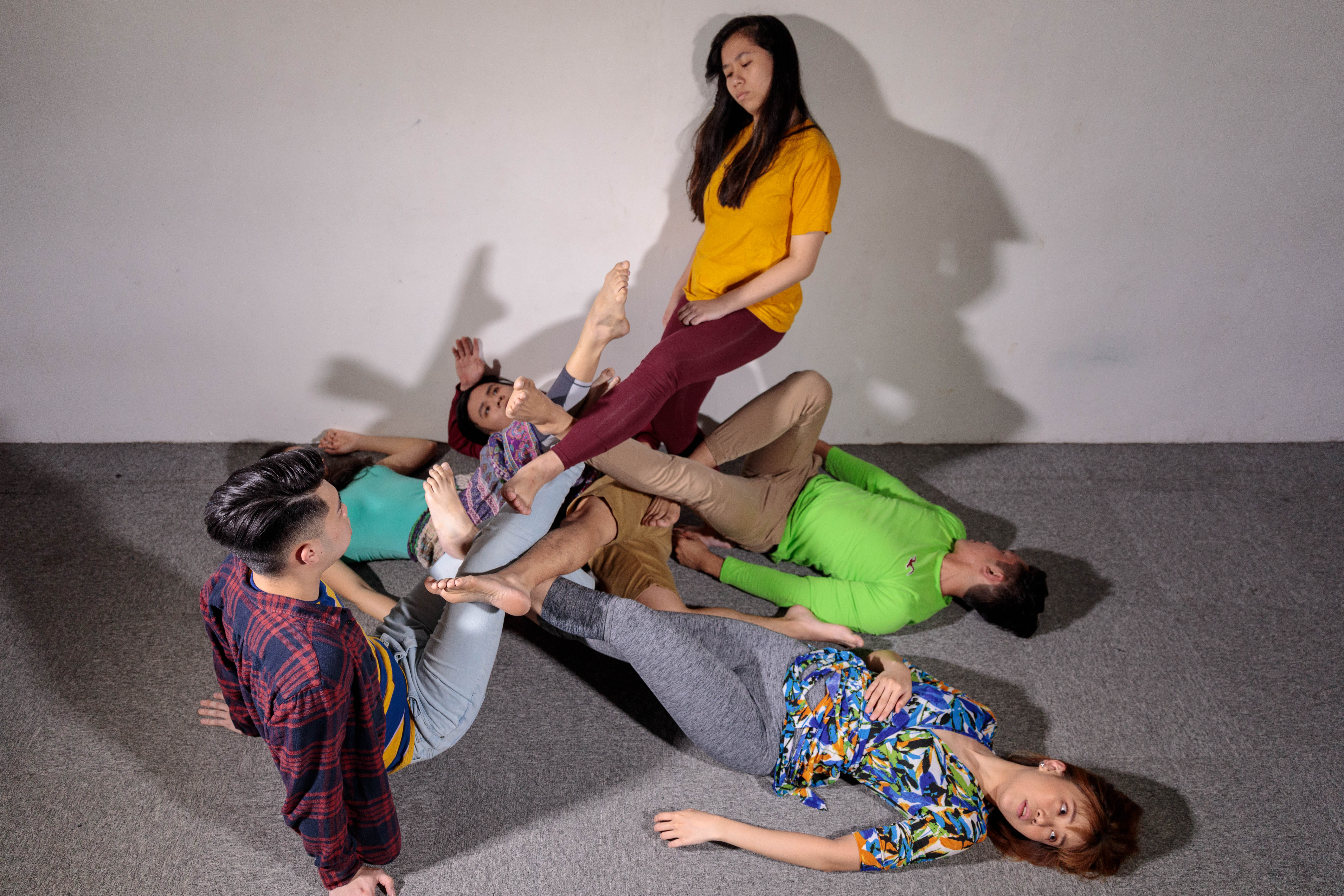 The music by Te Hao Boon abruptly shifts to the electronic, filled with big beats, and there is disorientation all around as the audience is asked to continuously stand up and find a new seat, all the while with the seats being added and taken away to add to the general chaos and mayhem, almost as if we are in the sea, trying to fight for our lives. Suddenly, there is quietude, and the crew begins to sing Somewhere Over The Rainbow, and with our lightsticks, it’s as if we’ve managed to survive the crash, floating and bobbing along in the ocean. We are approached by the crew, asking us for our names, before setting down a candle to account for the numbers, almost like setting up for a candlelit vigil. 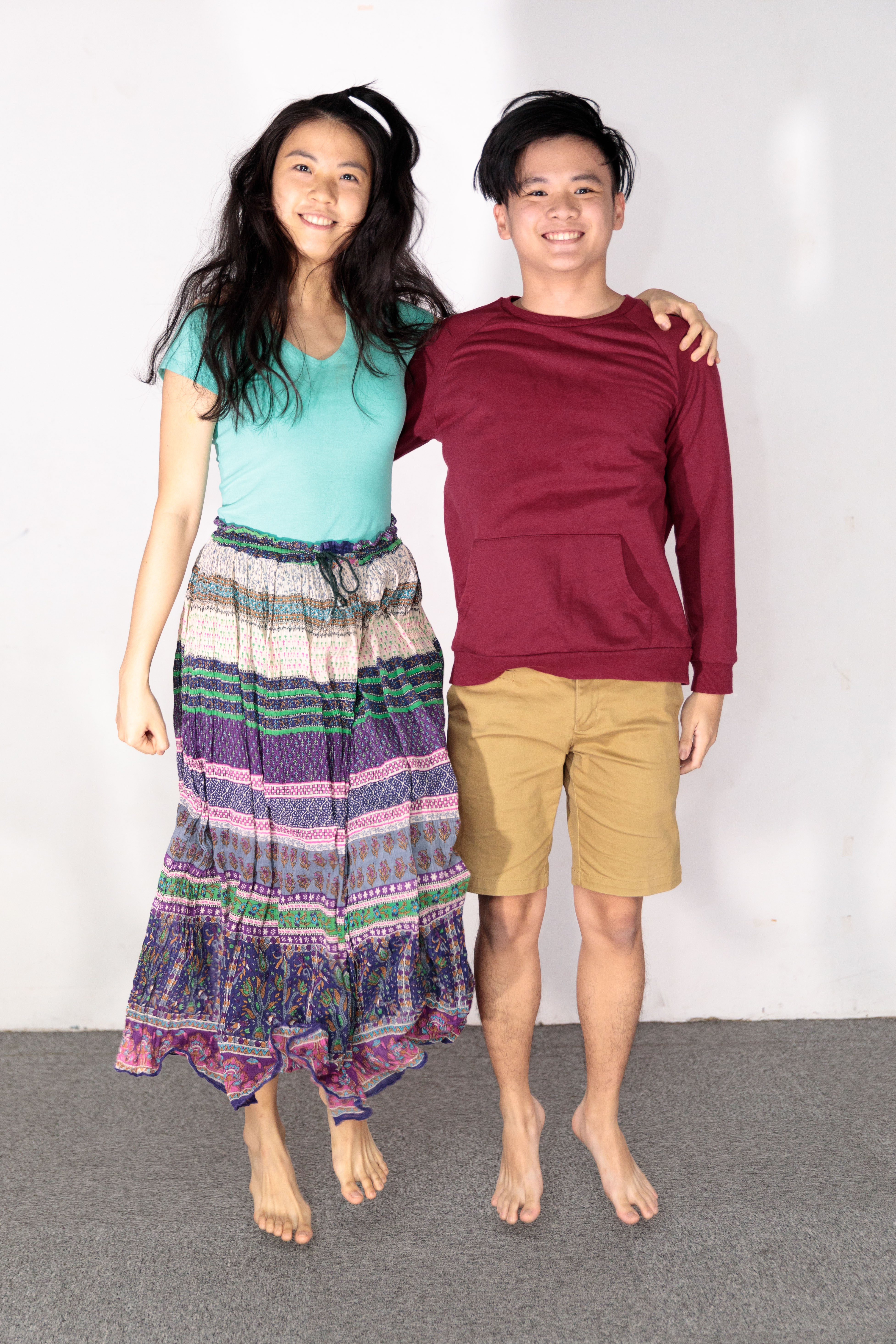 While Split has never shied away from the abstract, using metaphor, symbolism and games to bring out its message, Colours represents a maturation for director Darryl with its stronger focus, overarching theme, and the fine journey of despair into hope that he has led us on with this new work. In spite of this, as Darryl himself states in the programme, all he wants to do is to ‘eat prata with the team more regularly so that they become fatter and happier together’, before the journey continues, a surprisingly simple desire that reflects how it is the little things in life that often hold the most meaning. 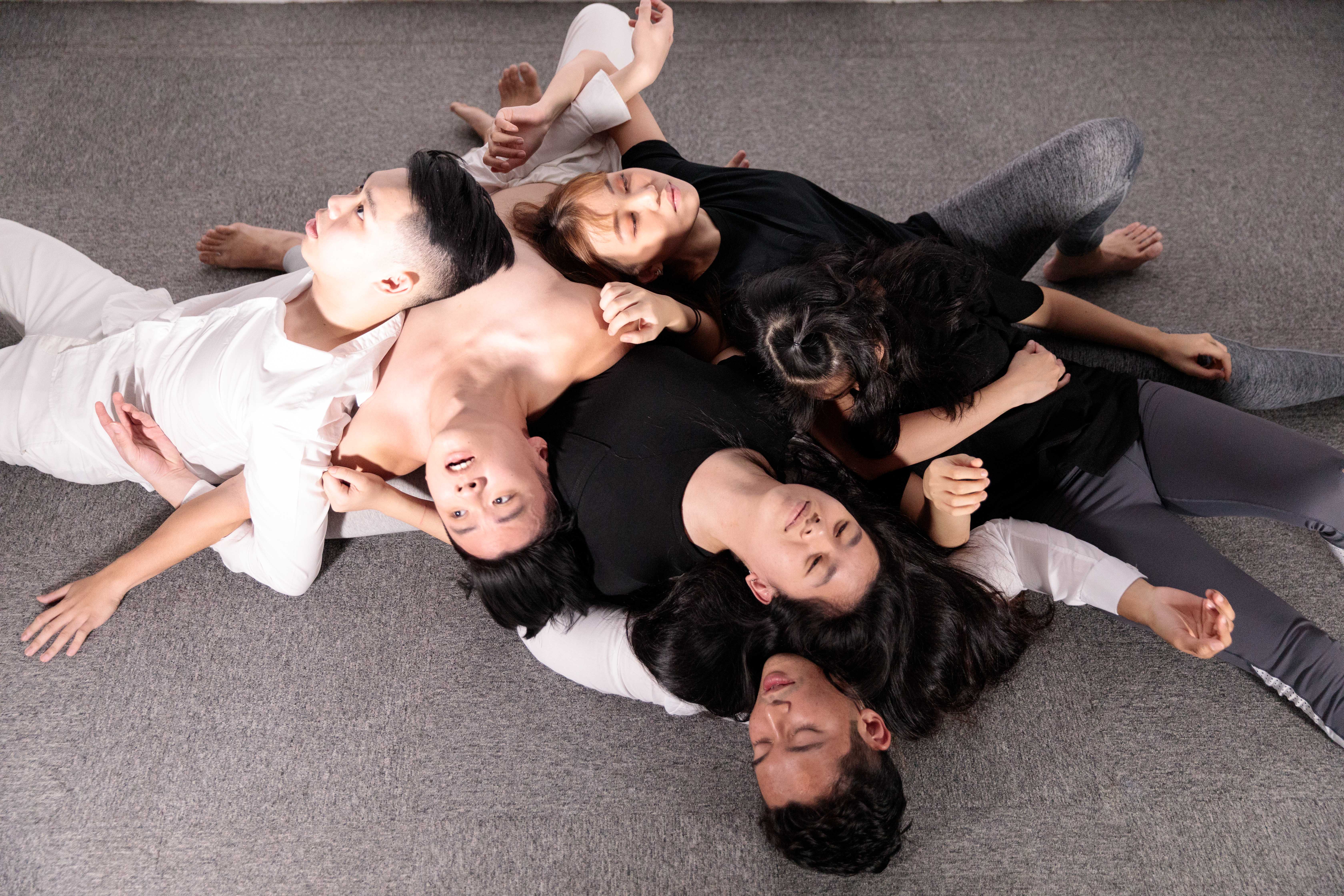 It is then that through Colours, one is able to imagine the terror of death in a safe space, reflecting on our lives and all that we’ve been through. As much as we want to achieve some form of transcendence, given our own mortality, that in itself is an impossibility, and it is all we can do to live in the present, live in the moment and find meaning amidst the drudgery of it it all.